After a walk to the Bay of San Montano in the Negombo thermal Park, I went to Monte Vico, on top of which is located a five - star hotel that has the same name as the Bay-San Montano. 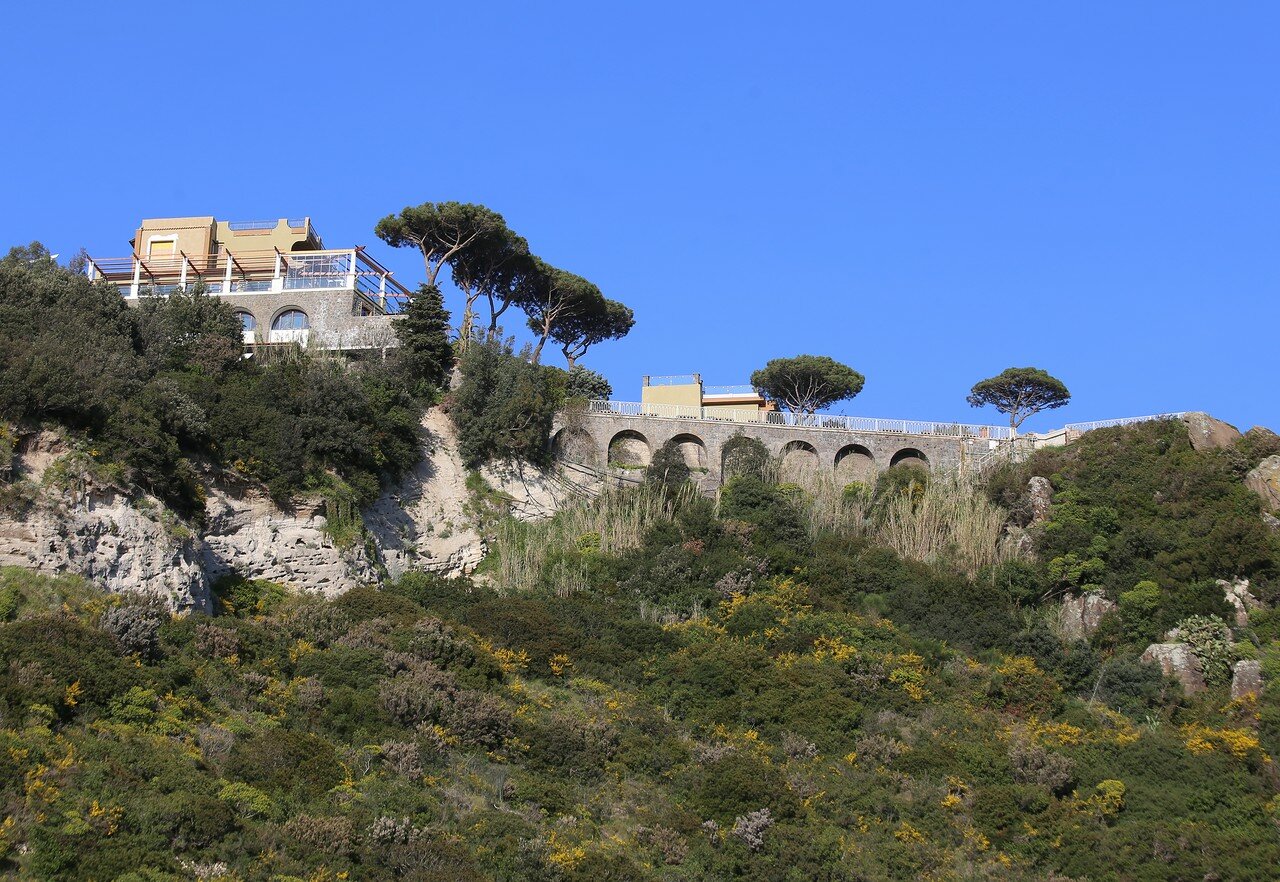 The road to the hotel rises along the Eastern slope of the mountain, offering a wonderful view of Lacco Amano.

And Monte Epomeo , the highest mountain on the island. 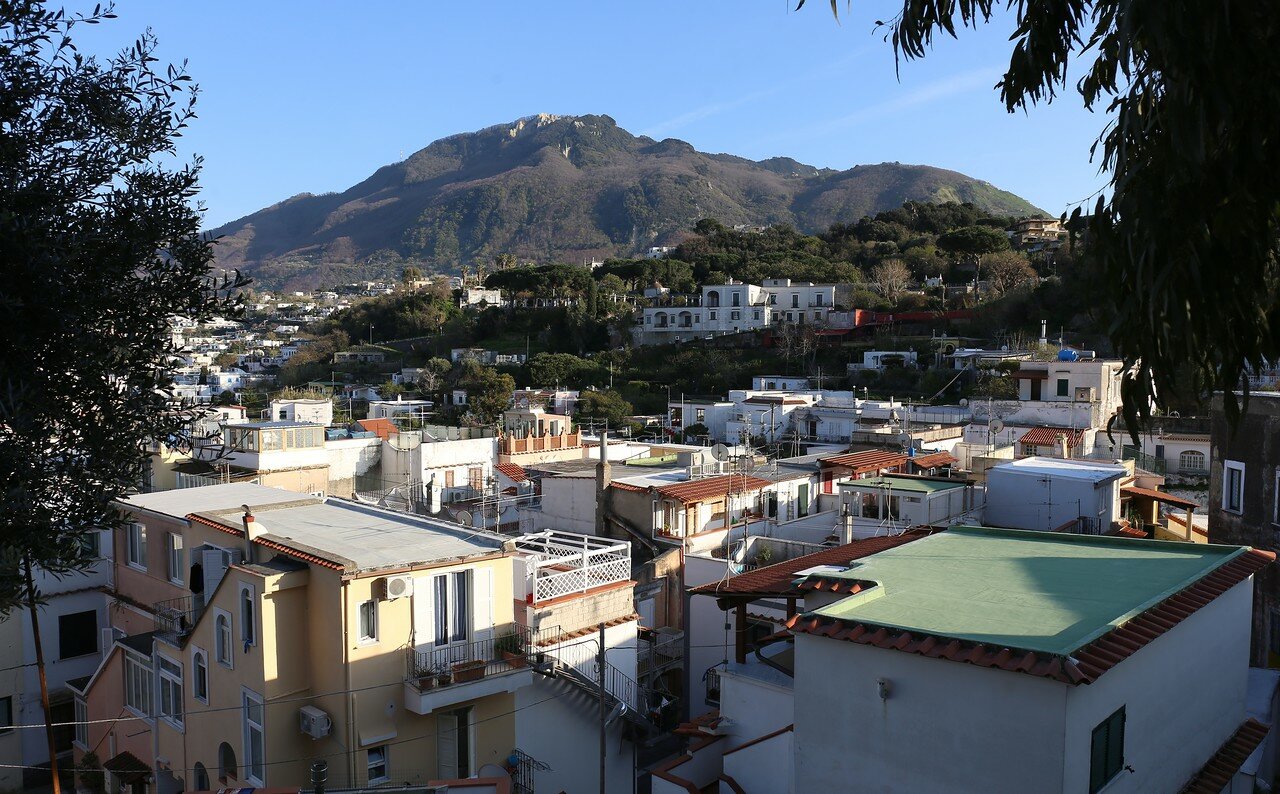 The steep slopes along the road are decorated with flowering vegetation. 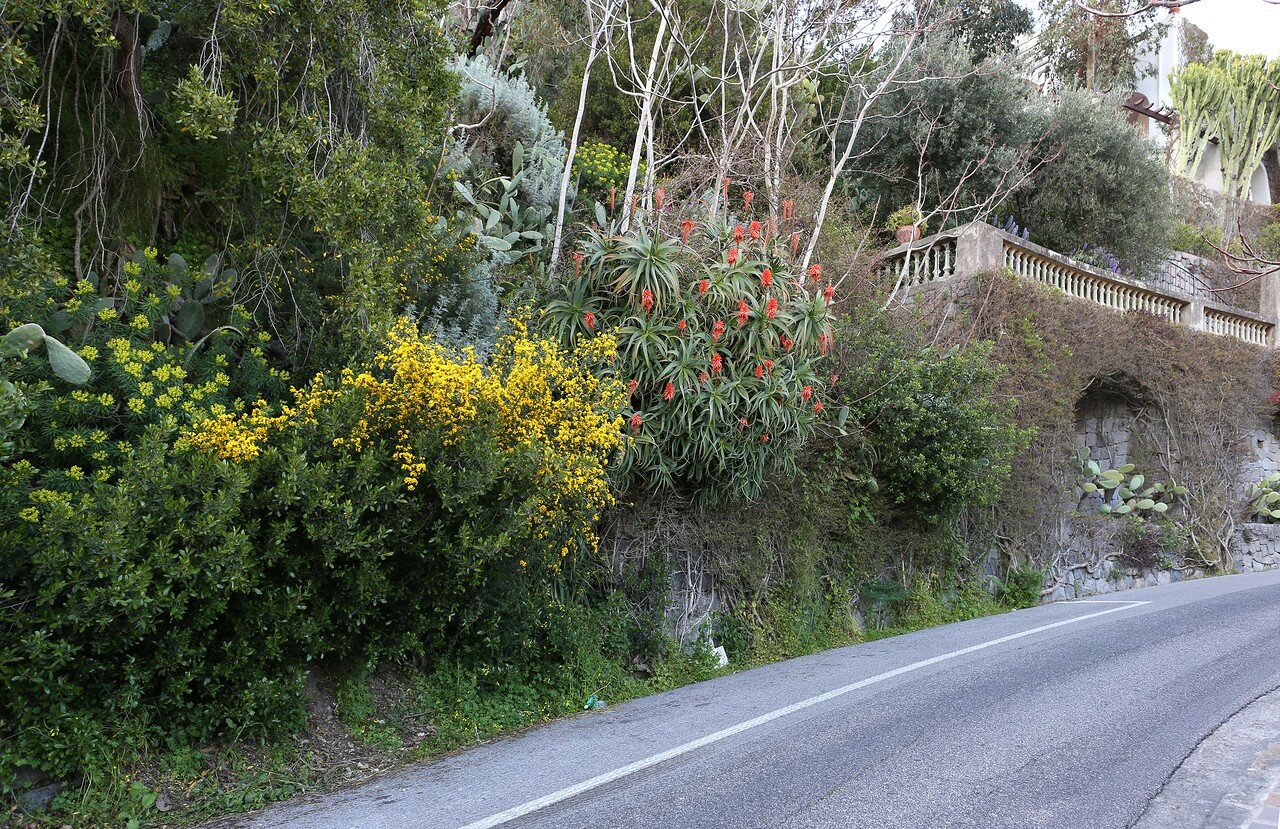 "Burdocks" of huge cacti are pruned so that they do not interfere with pedestrians. 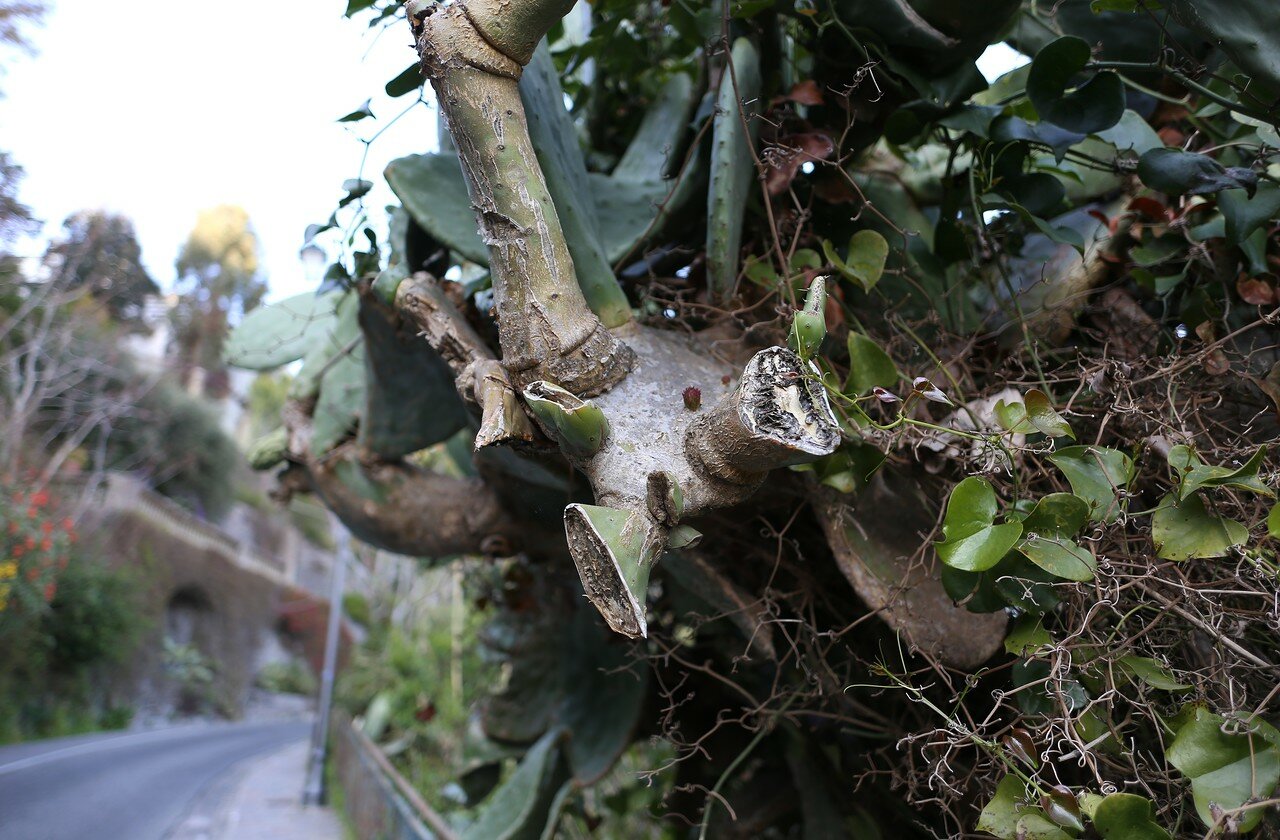 When I reached the landing a little below the hotel (on the map), I decided that it was not worth going any further, since it was only a short time before sunset, and the view was quite suitable.

The center of the town is Santa Restituta Square, the Church of the same name (on the right) and the city hall.

The square is surrounded by neat little houses-hotels and hostels. 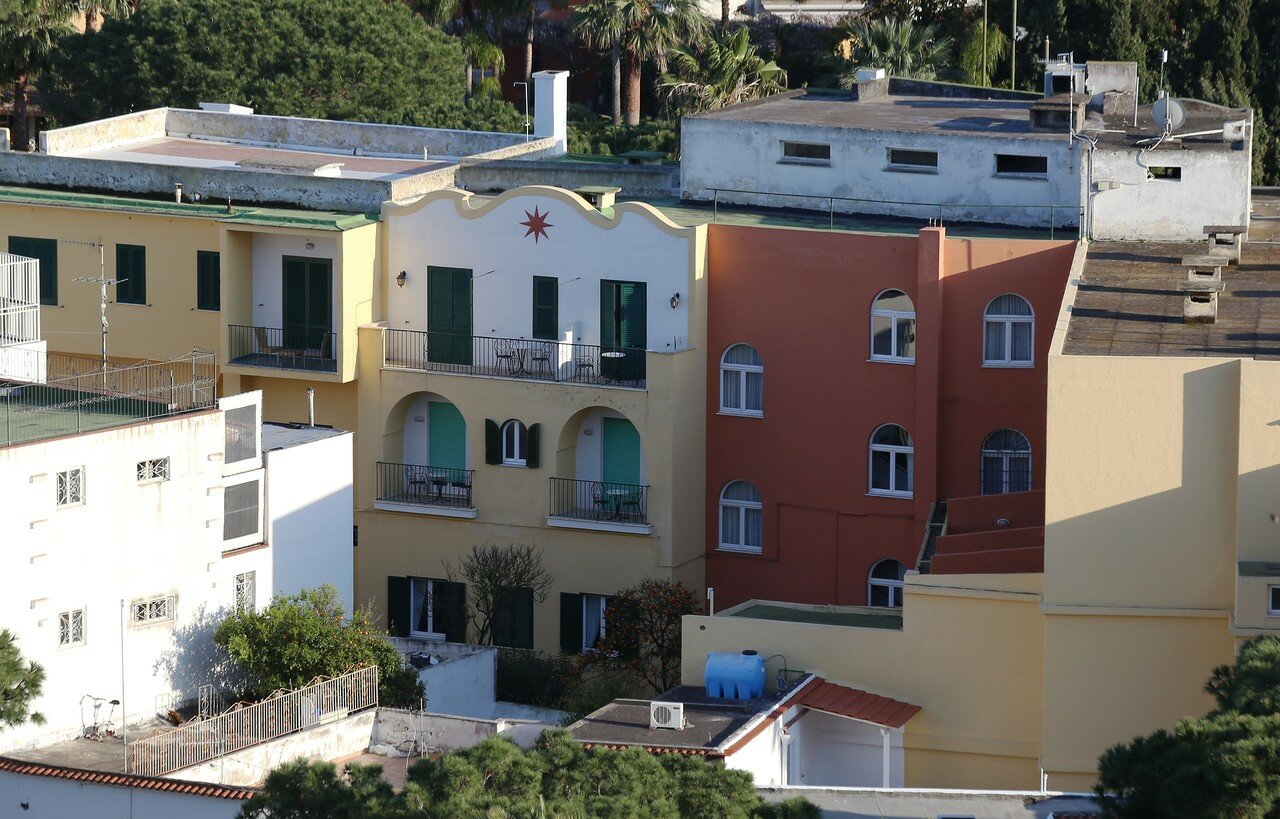 Tanks on the roofs of houses - boilers for hot water. There are no centralized boiler houses on the island. 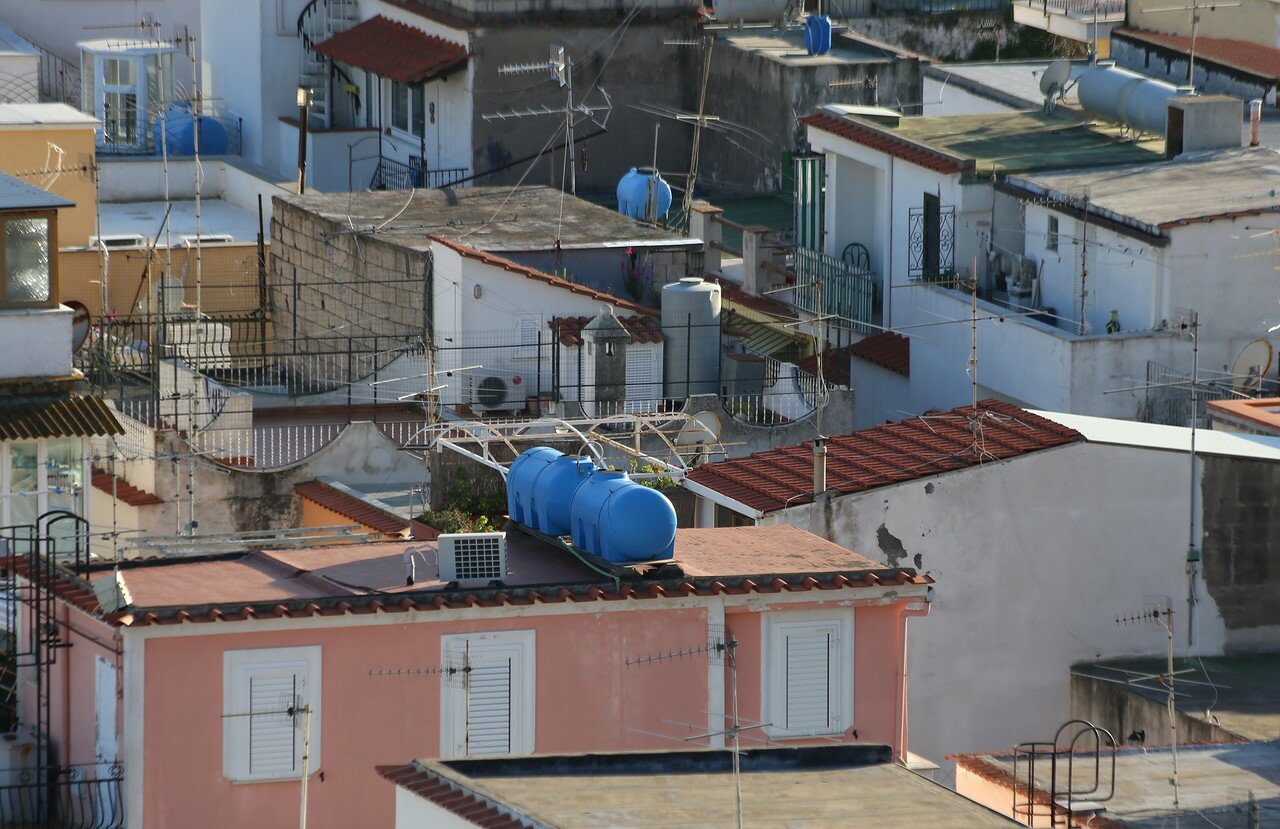 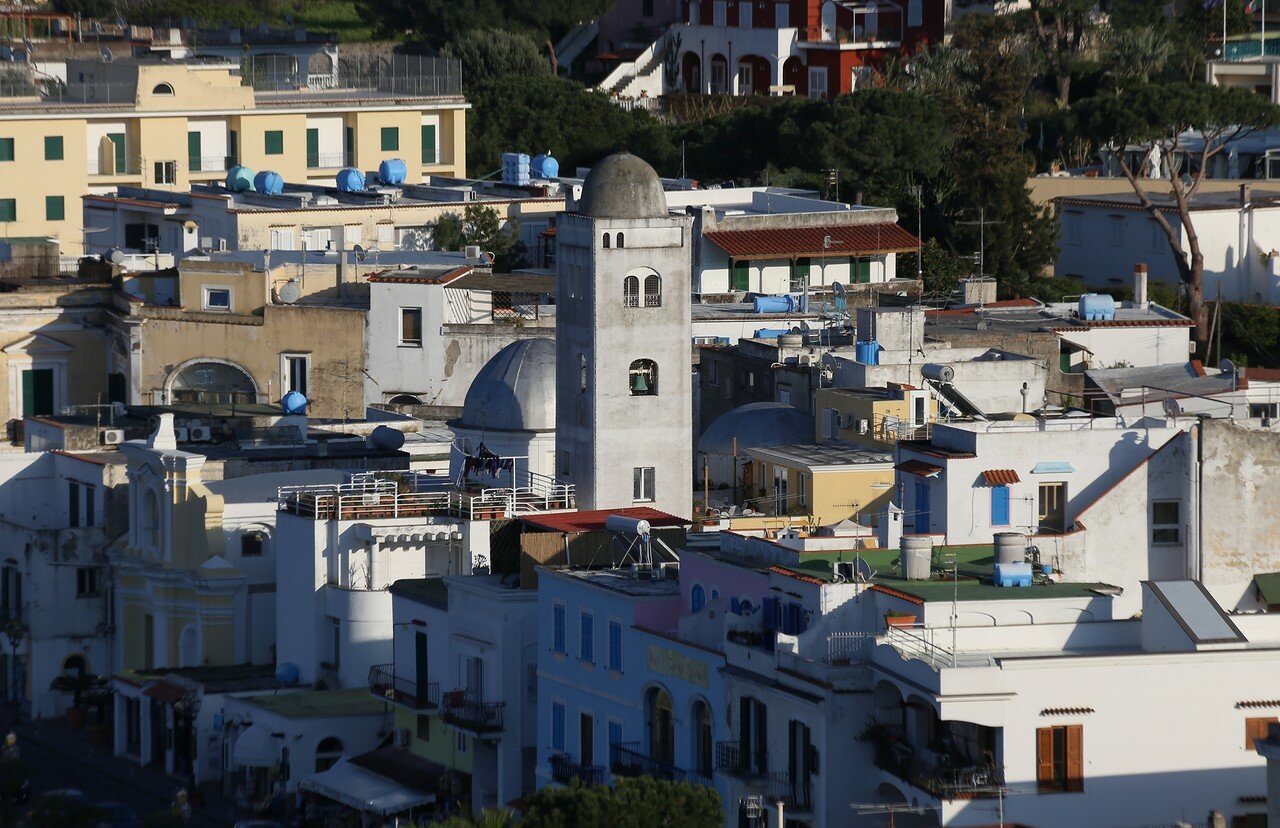 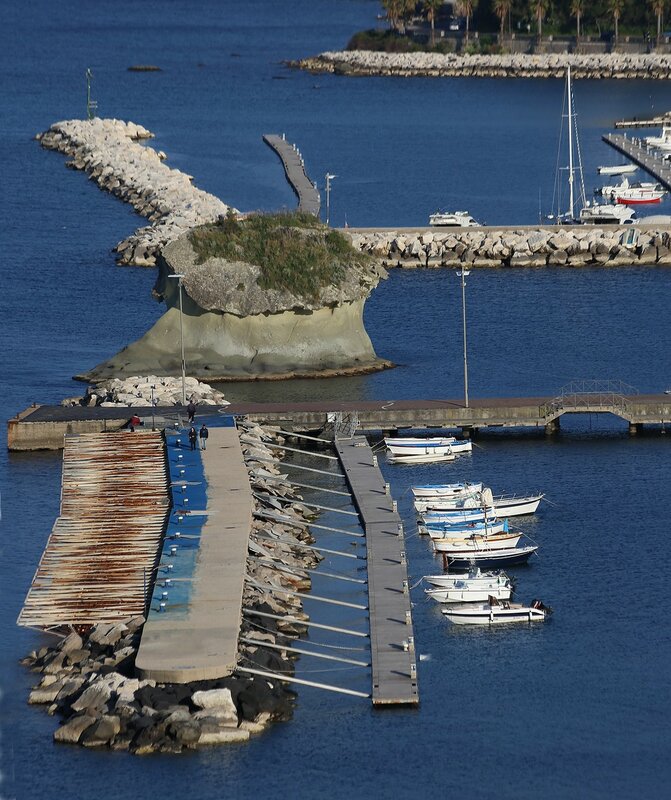 And its main attraction is the tuff rock of Fungo (Fungo, "mushroom"). 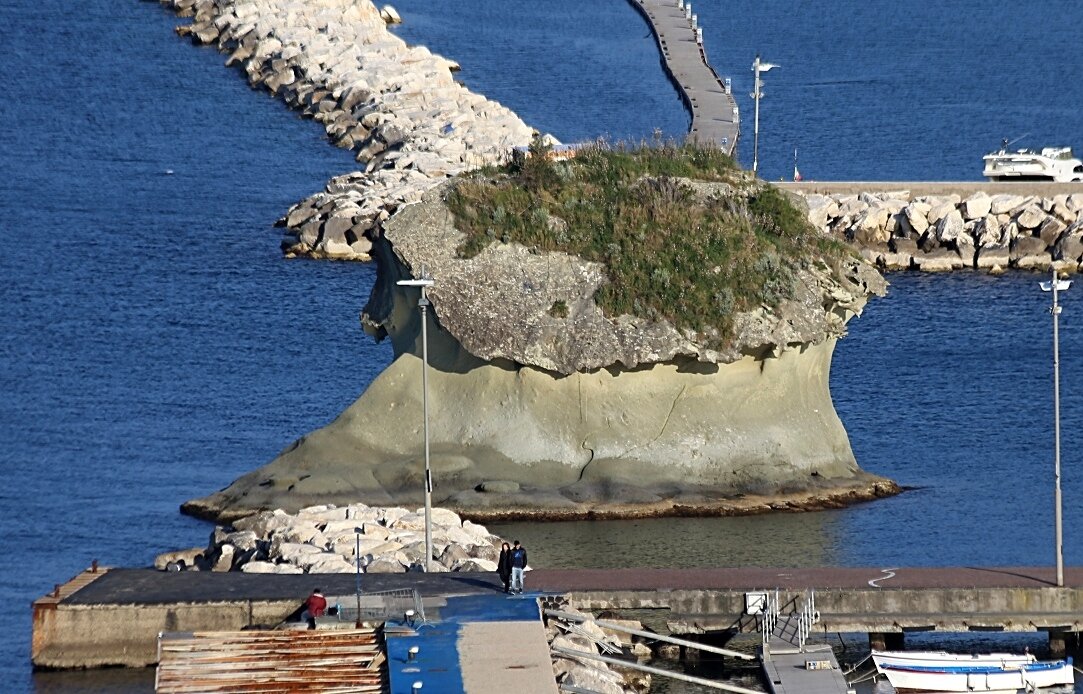 Meanwhile, the white tuff cliffs of Monte Epomeo have taken on a Golden sunset hue. It was time to go down to the city, since there was very little daylight left. Here, for the first time, I envied those who come to the island for a week or two - on a good day in this corner of Ischia, you need to spend at least a day to walk along the beautiful pedestrian routes of the Ponte Caruso. 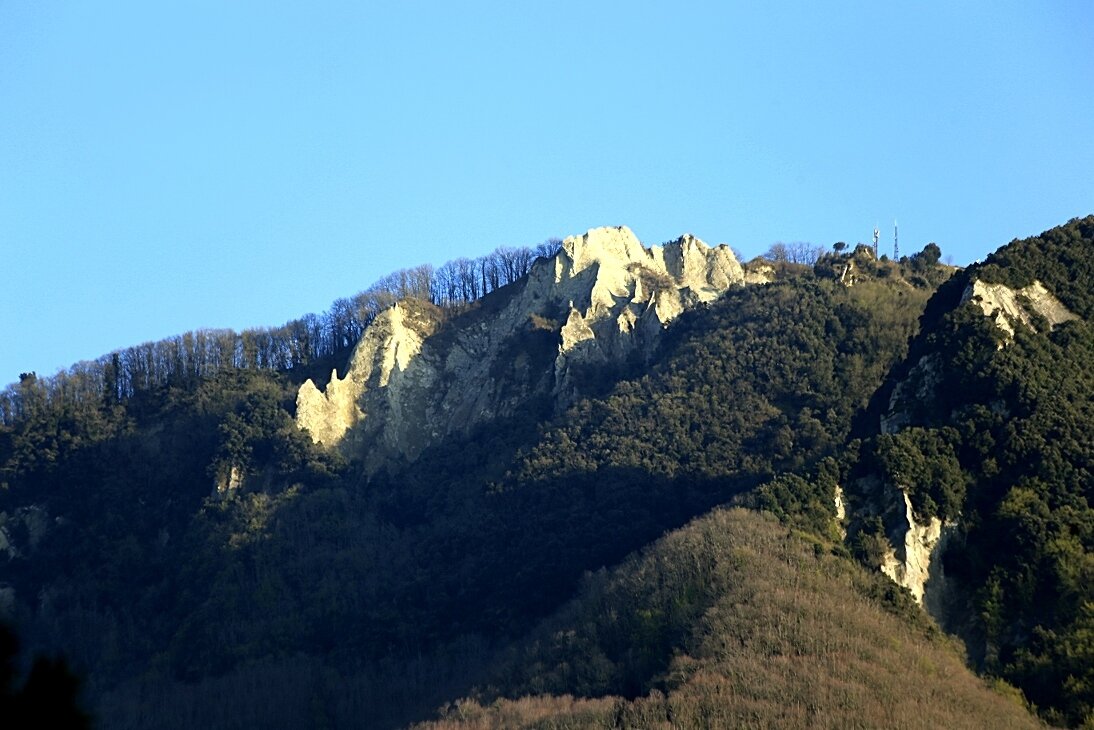