The idea to use the abandoned Villa Arbusto for a Museum belongs to Professor Vincenzo Menella, mayor of Lacco Ameno. During the conference dedicated to the ancient world, held in the town in 1978, organized for the participants a visit to the Villa. Present at the event however, the President of the province, Giuseppe Iacono, immediately agreed to allocate funds for the purchase of the Villa and the construction of a Museum of excavations in it. However, for various reasons, the project was delayed for two decades - the Museum was opened on April 17, 1999. 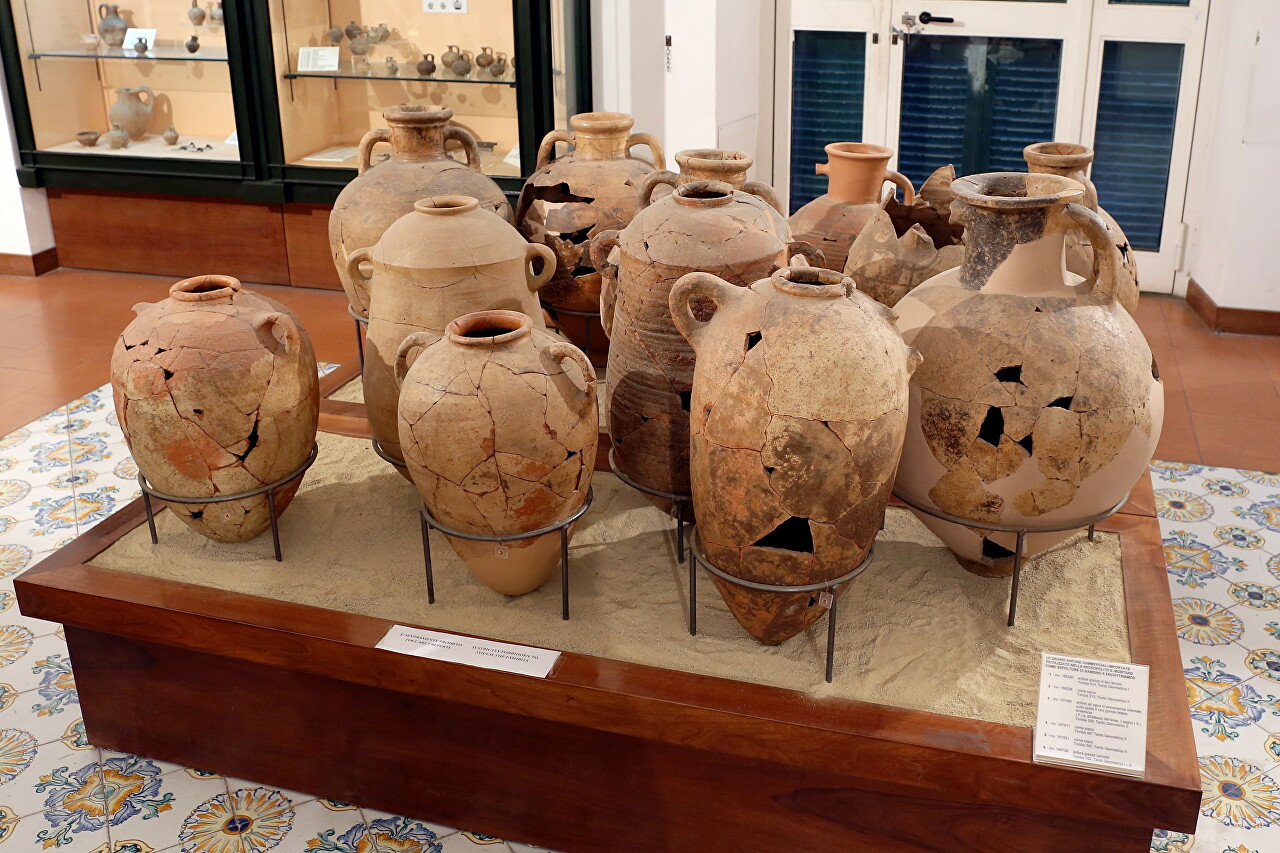 At the origin of the collection was the archaeologist Giorgio Buchner (son of Professor Buchner, who founded the marine Zoological station on the island), who began in 1952 to excavate an ancient Greek settlement near mount Vico. 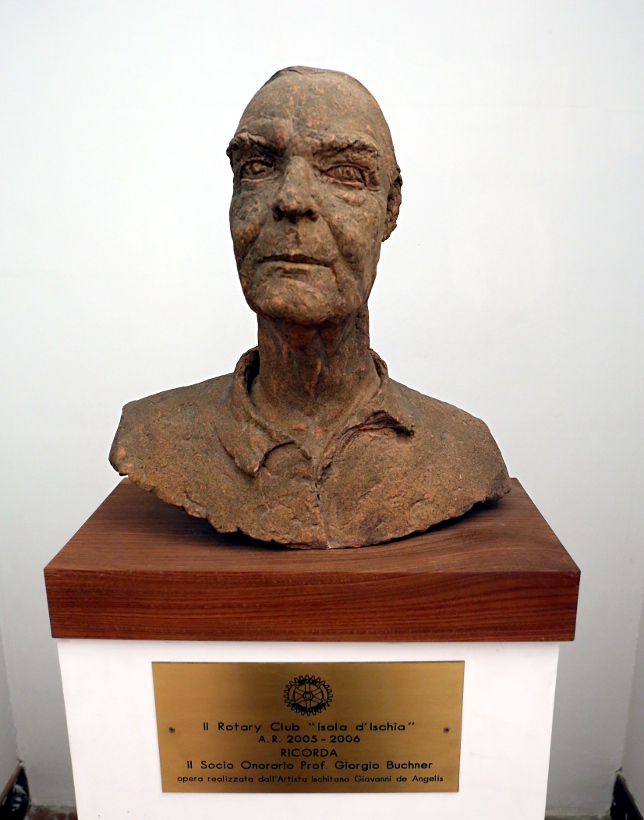 Now the Museum has 8 halls, where all the archaeological finds on the island are collected. The artifacts range in age from the Neolithic to the Roman period. 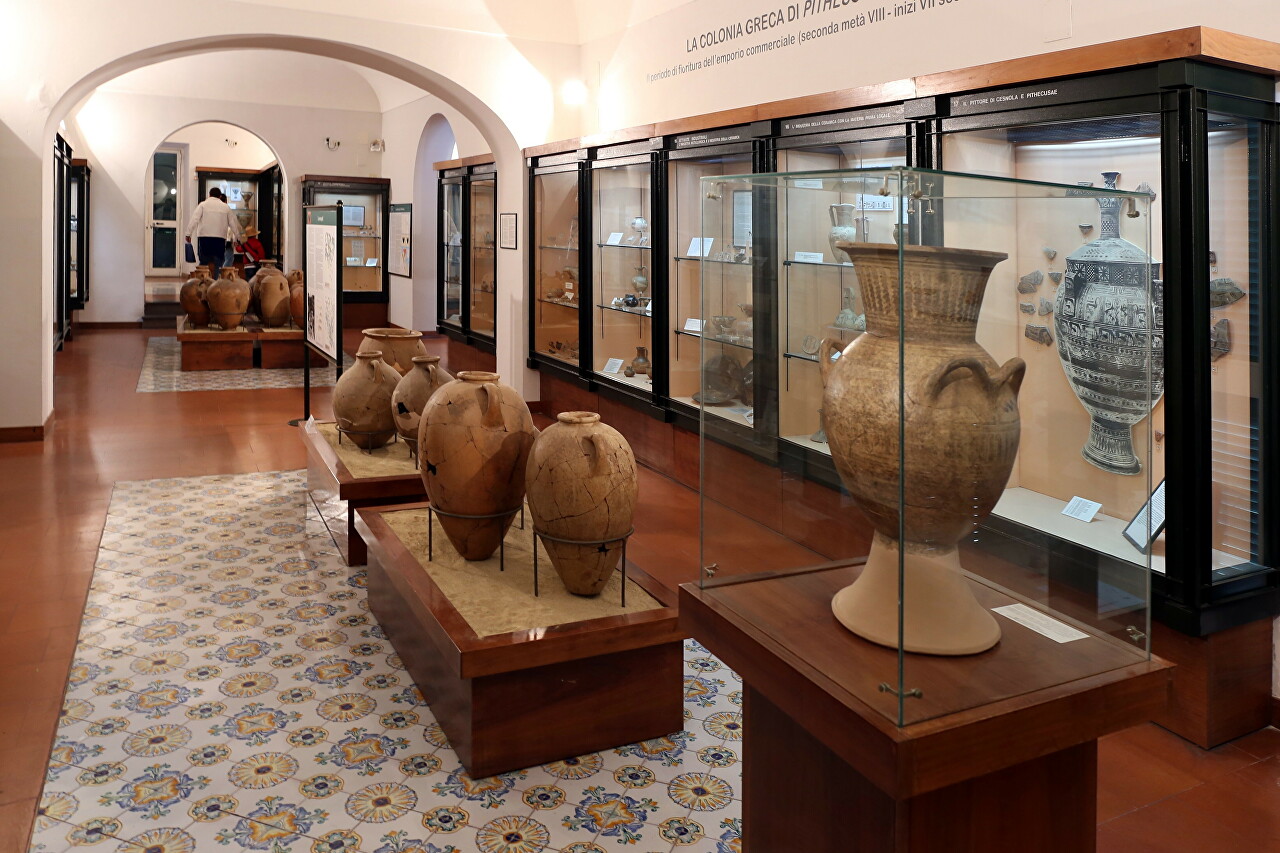 Pithecusa or Pitecussa (can be translated from ancient Greek as "inhabited by monkeys") is considered the oldest Greek settlement on the territory of Italy, the date of its Foundation is considered by historians to be 755 BC. 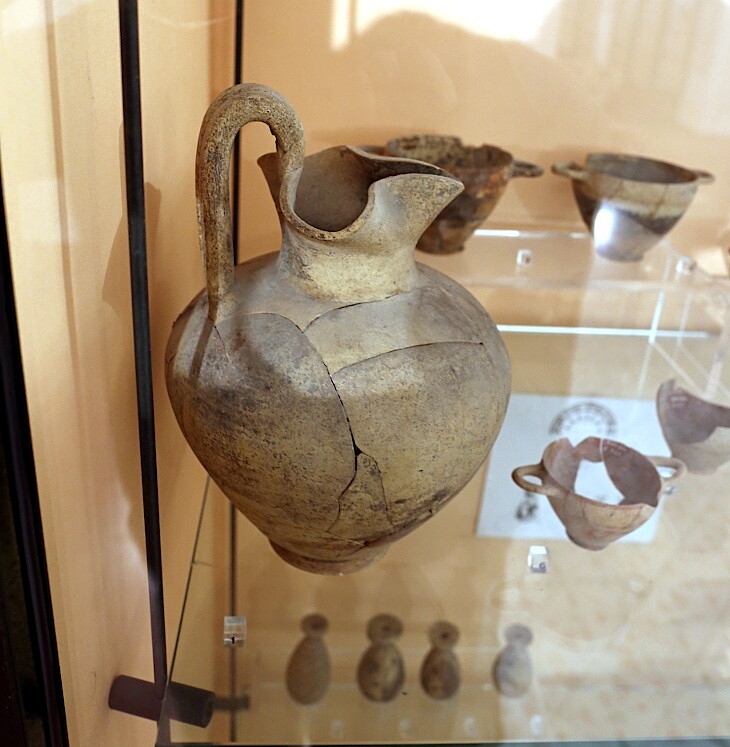 According to the records of the Greek geographer Strabo, the inhabitants of Pithecusa were engaged in agriculture and pottery. 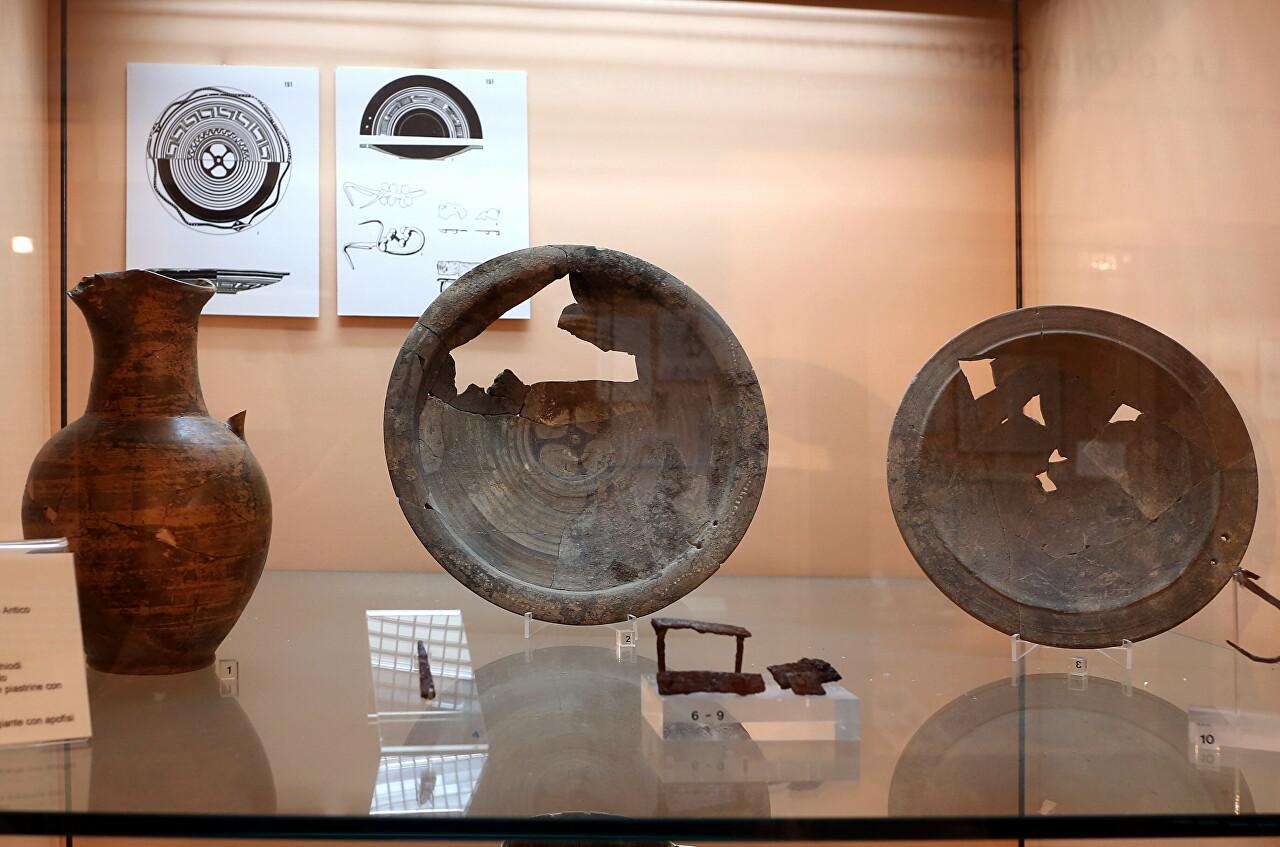 The main products of potters were necessary in everyday life items - all sorts of vessels for cooking and storing supplies. 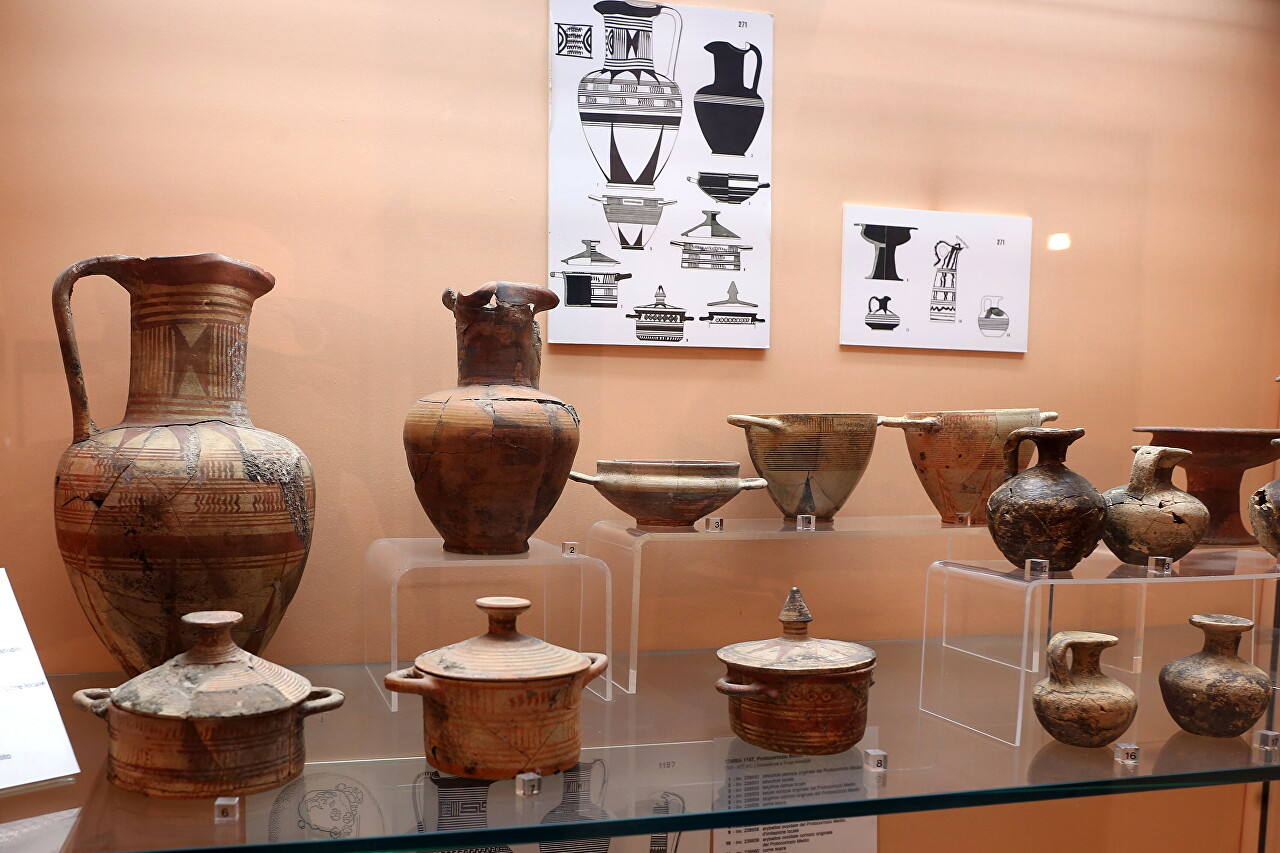 Jugs, the age of which archaeologists estimate at 700-764 BC. 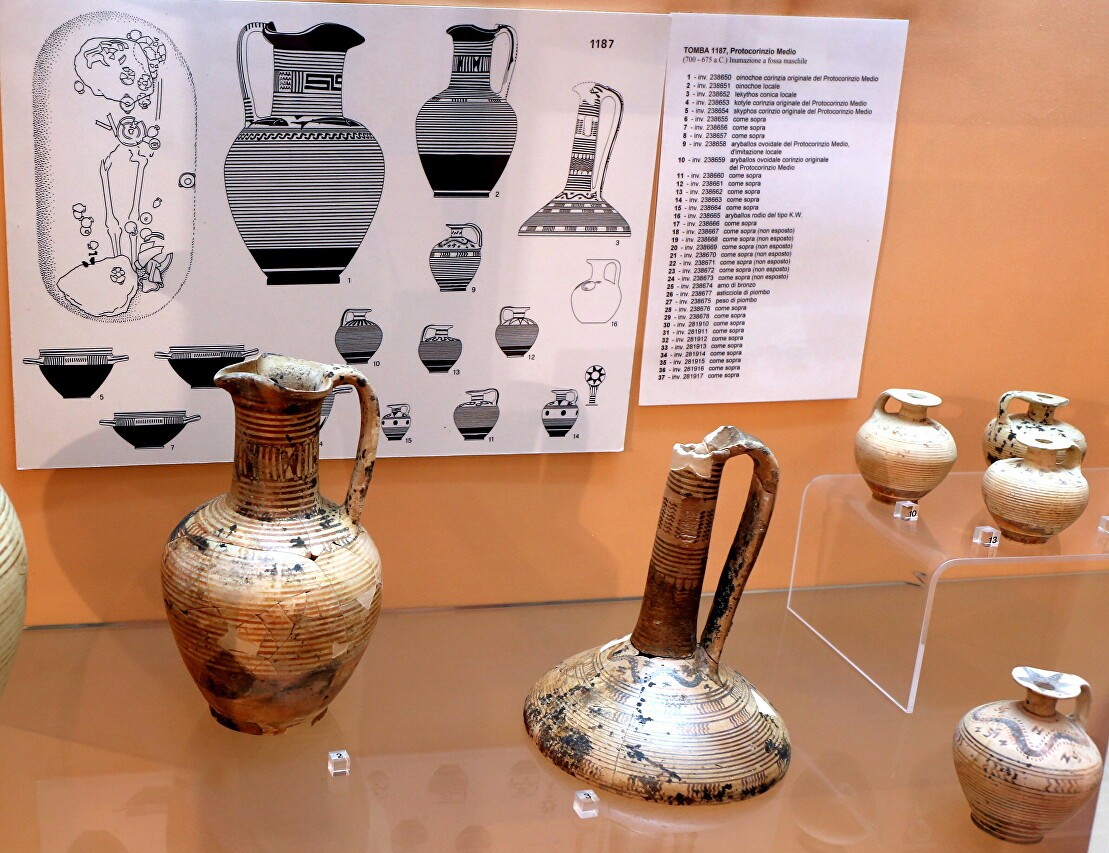 Despite its purely utilitarian purpose, all products are decorated with ornaments of various degrees of complexity, including polychrome ones. Kermaic vessels of the Greek era were often decorated with paintings depicting domestic and battle scenes. 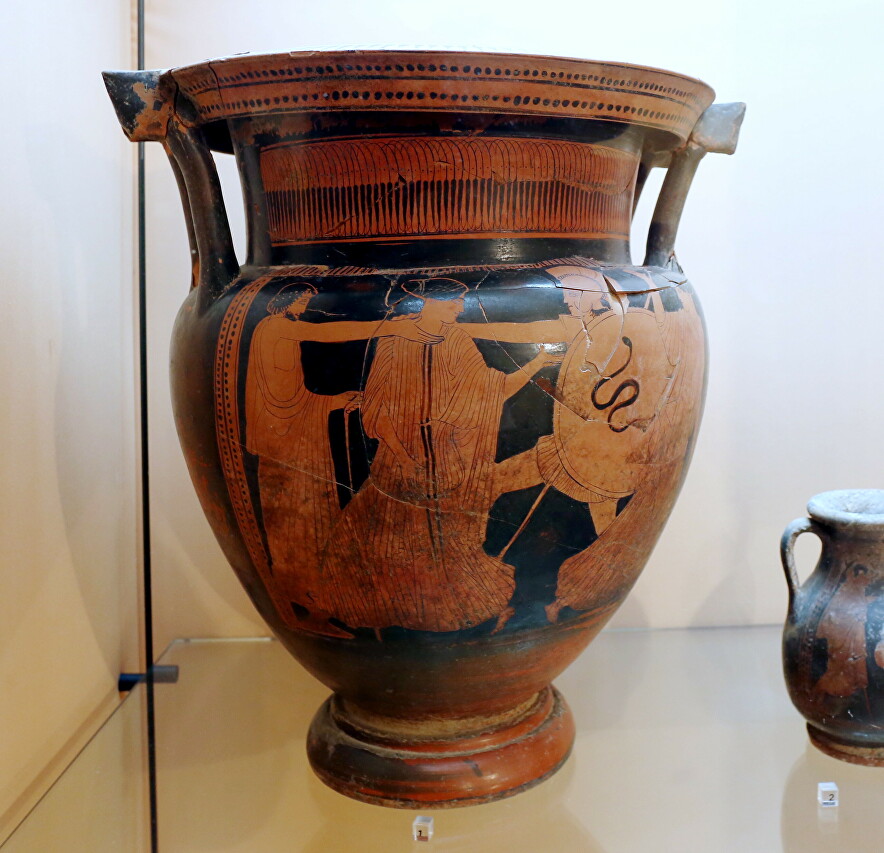 The handles of the vessels were marked with the Potter's personal stamp. 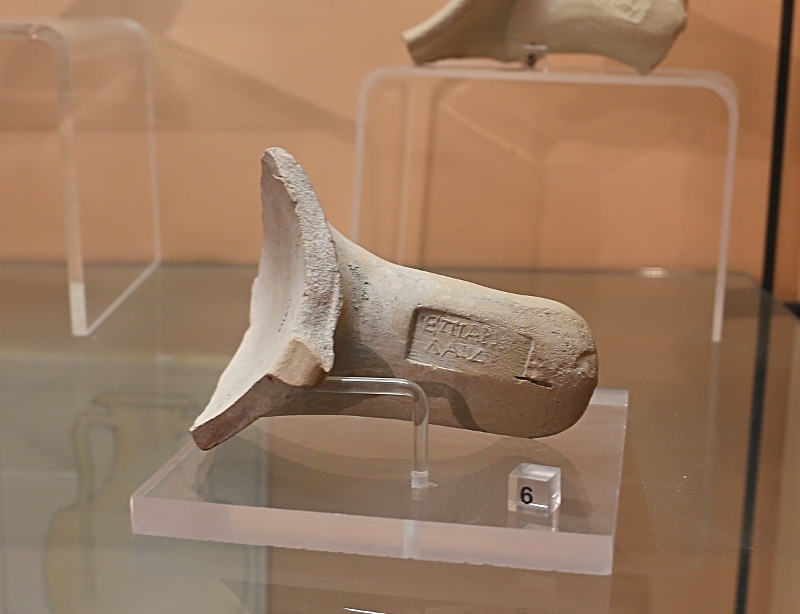 Judging by the variety of "logos", there were quite a few potteries on the island. 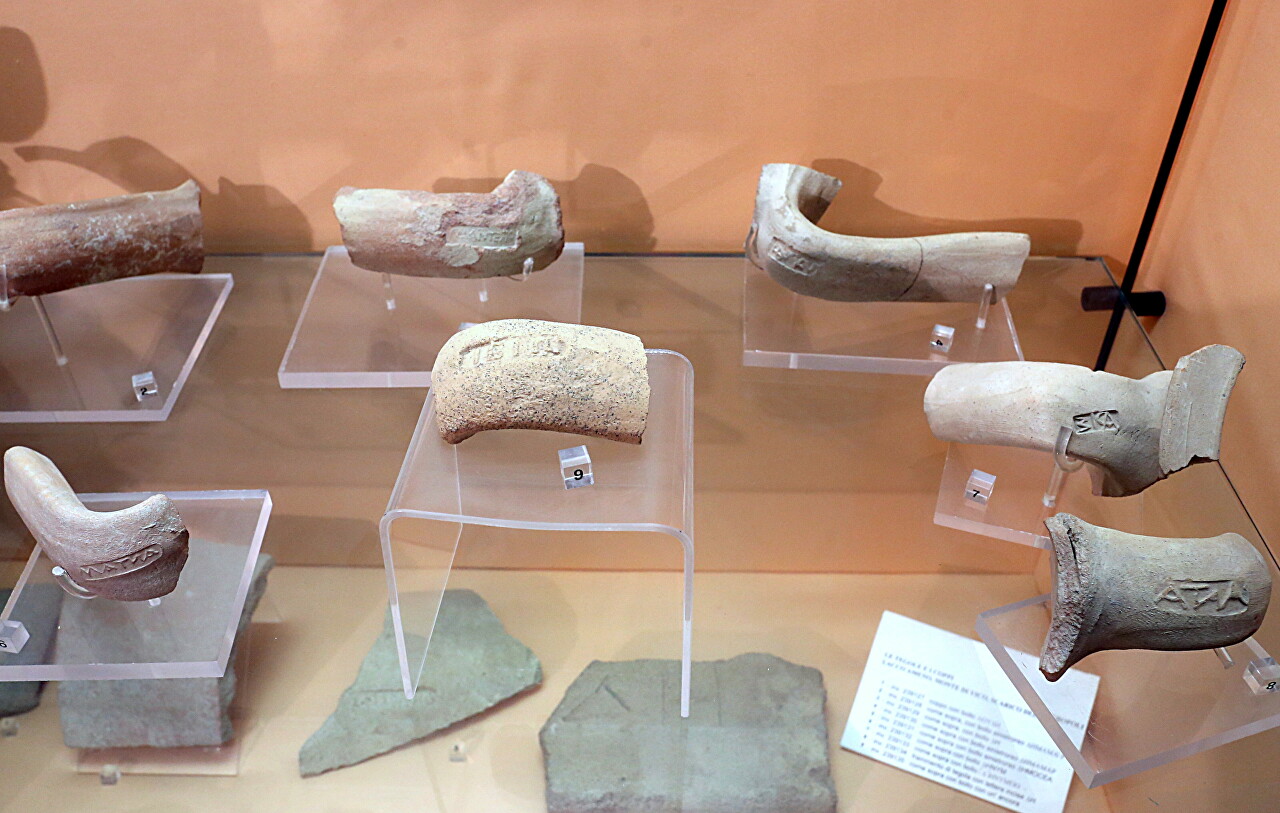 The most important exhibit of the Museum is the "Cup of Nestor", found in. the Vessel is decorated with a quote from Homer's "Odyssey", dedicated to this mythical character. The artifact is attributed to the eighth century BC, and the inscription is the oldest example of Greek writing. 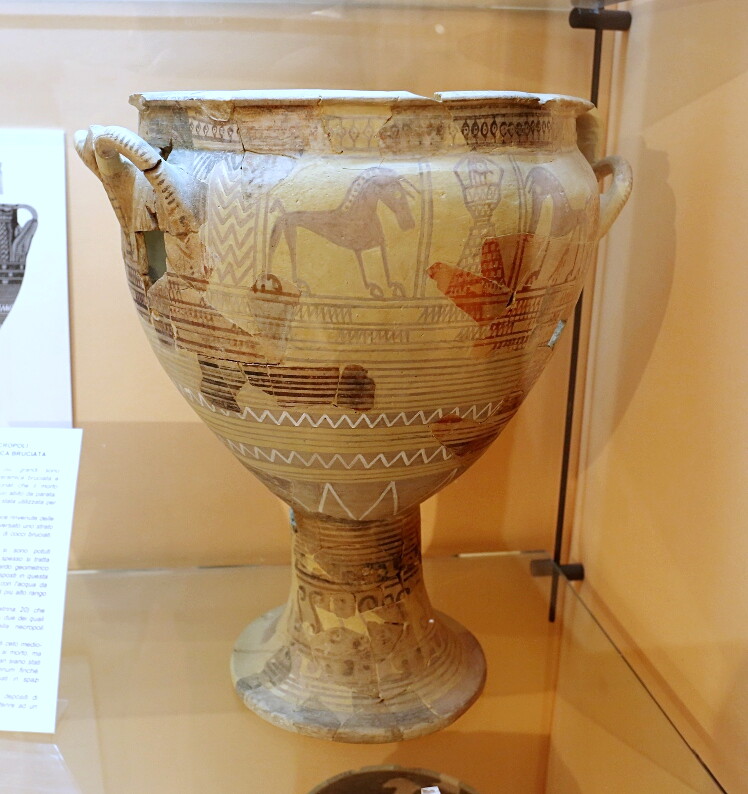 An amphora raised from the bottom of the sea. For three thousand years, many kings have sunk in the coastal waters of the island, and today divers their remains are often found. 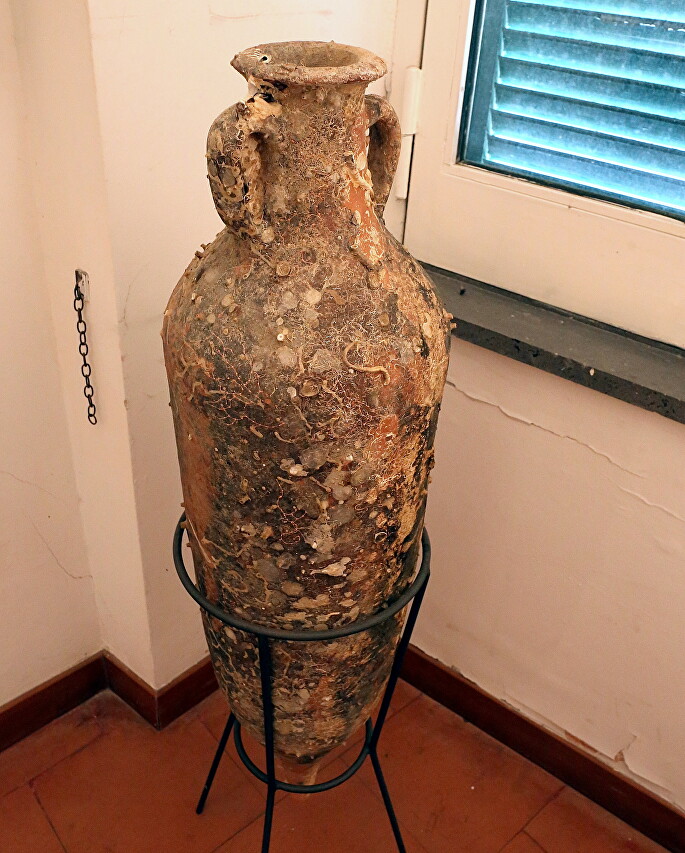 In addition to household items, decorative items are also found in the excavations. 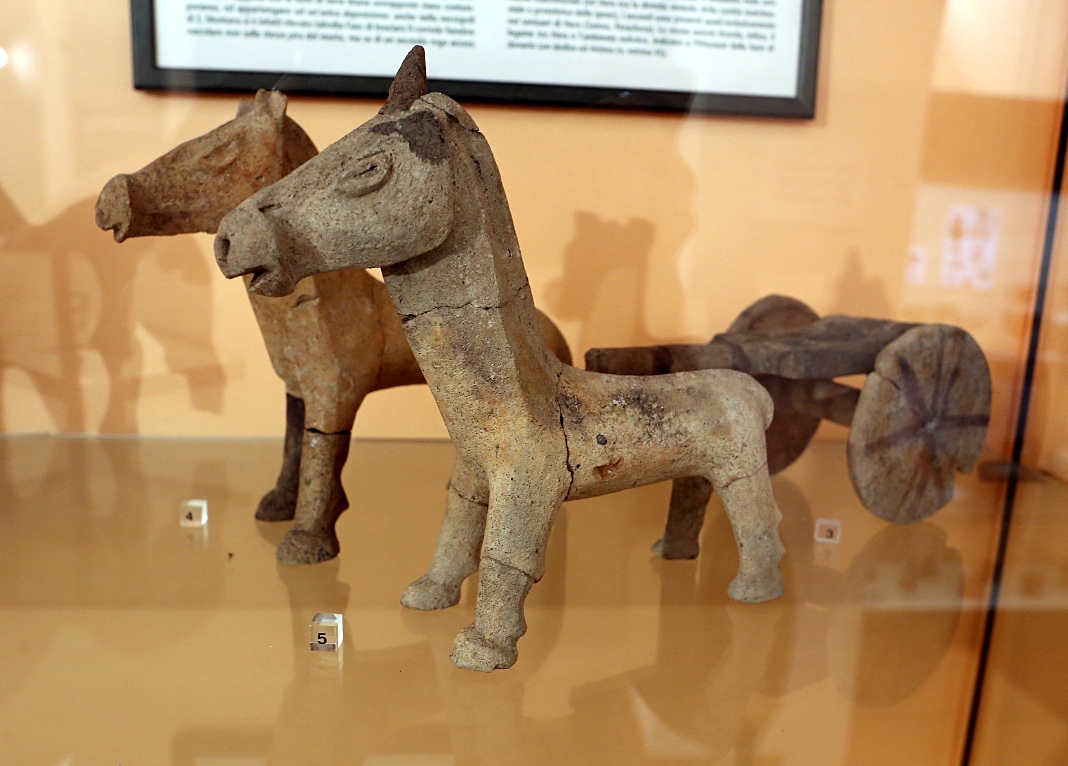 And elements of jewelry made of bronze. 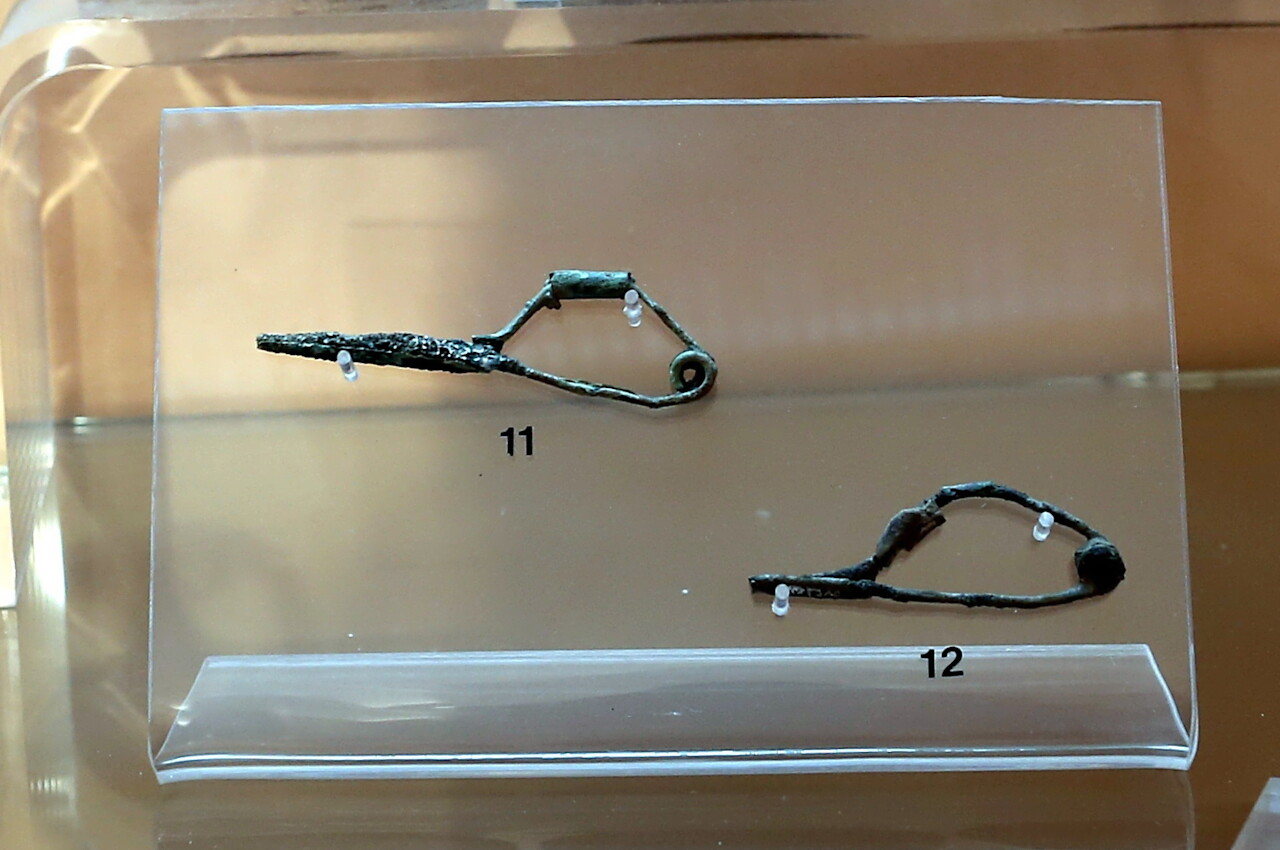 Lamps-bowls, they were filled with olive oil, a wick was inserted into the hole. In the center of the stand for kindling. On the right wooden box with bronze fittings for storing especially valuable items. 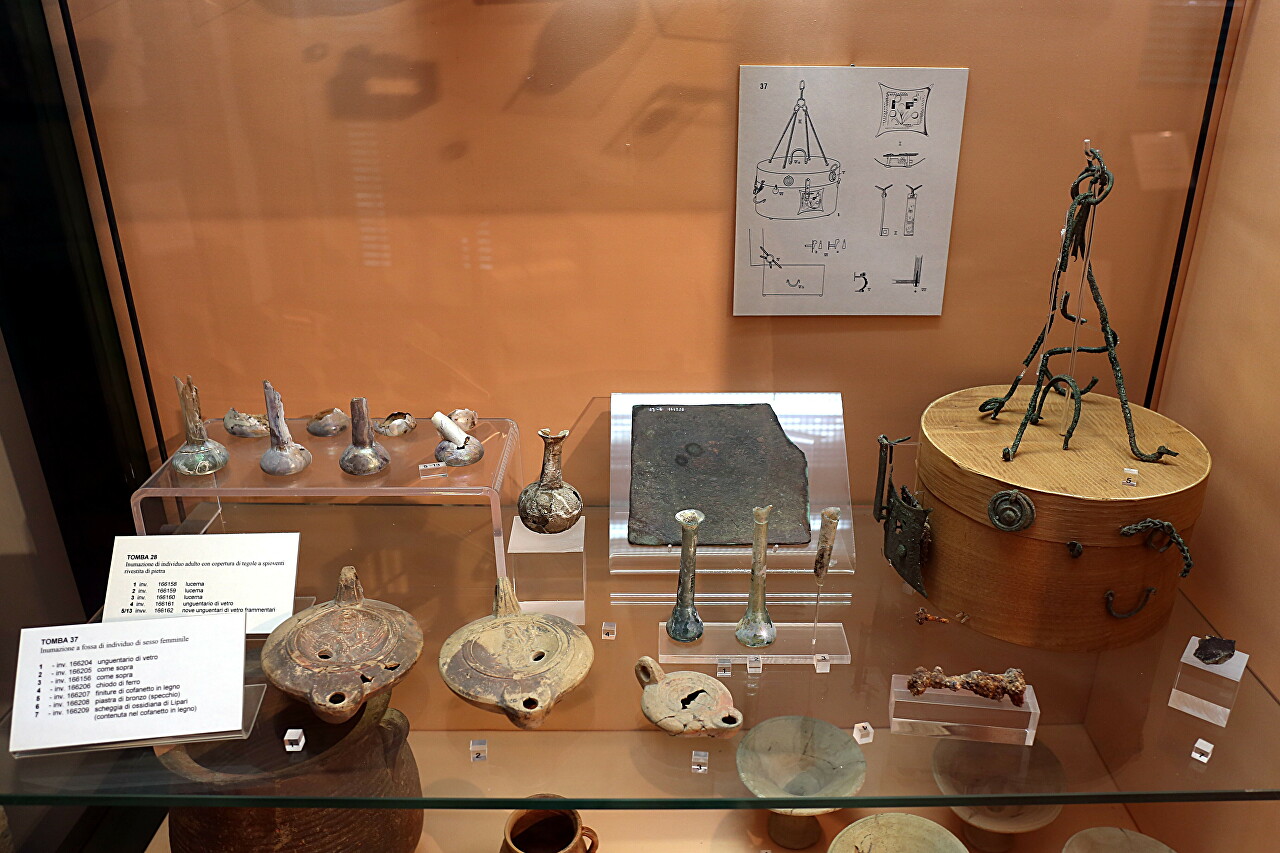 In addition to household utensils, ceramics were actively used by the ancient Greeks for the decoration of buildings. 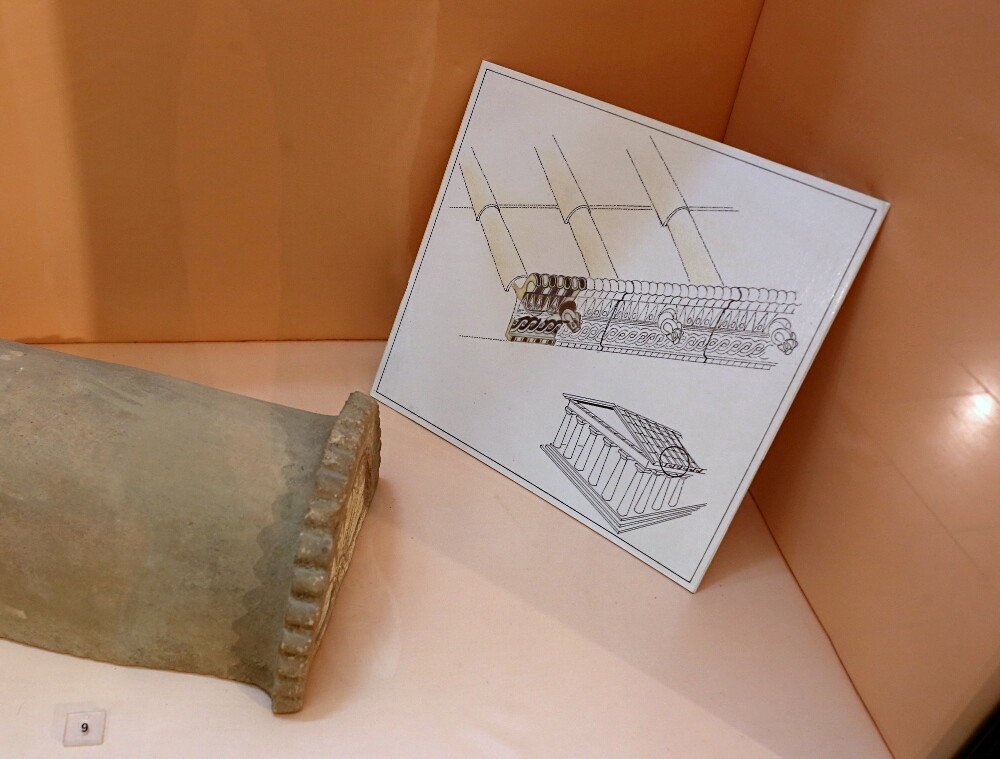 Friezes of buildings were decorated with geometric patterns and bas-reliefs. 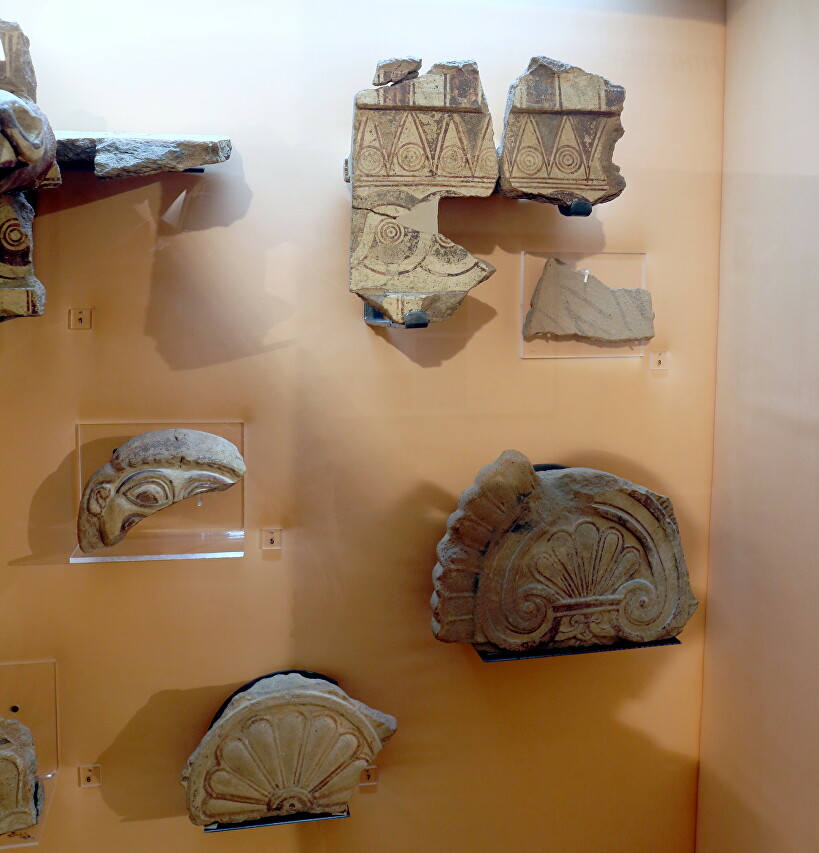 The drainpipe in the form of a bird's head, apparently these elements became the prototype of medieval gargoyles. 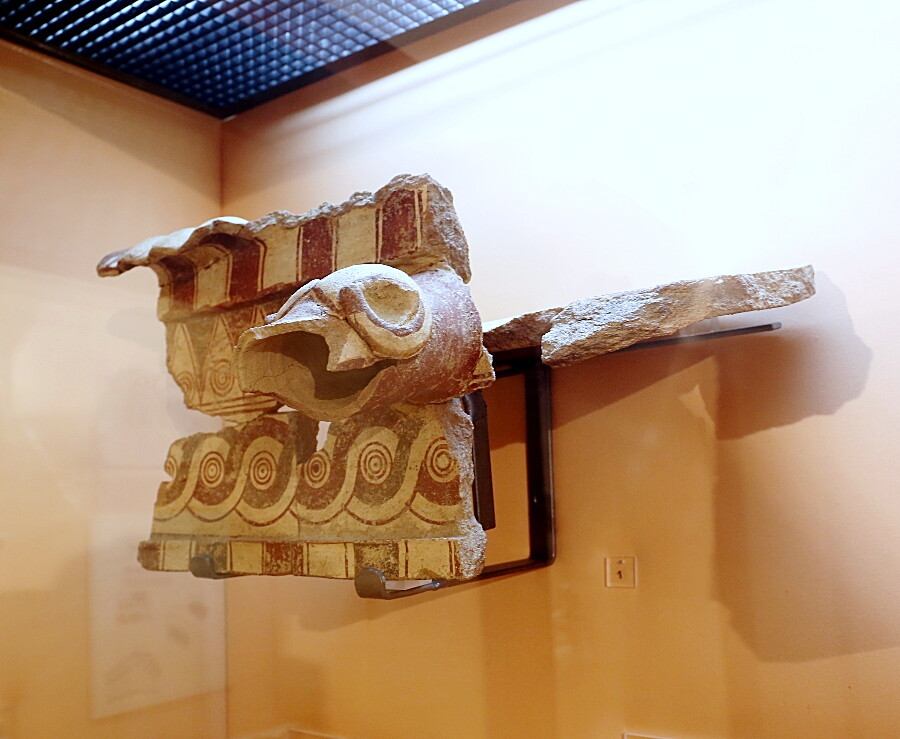 Sculptural design elements. Women's heads of the ancient Greek era after many centuries became one of the most important elements of the modern style. 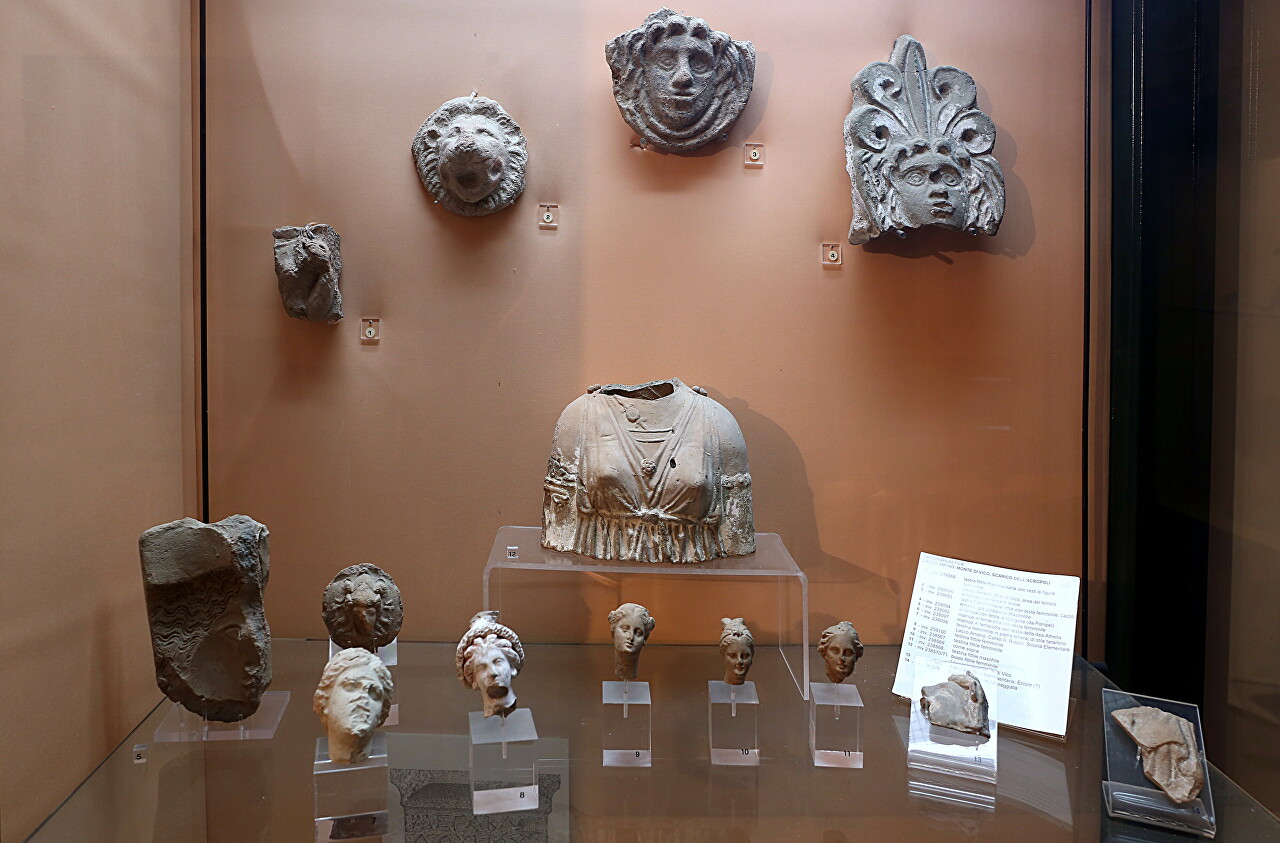 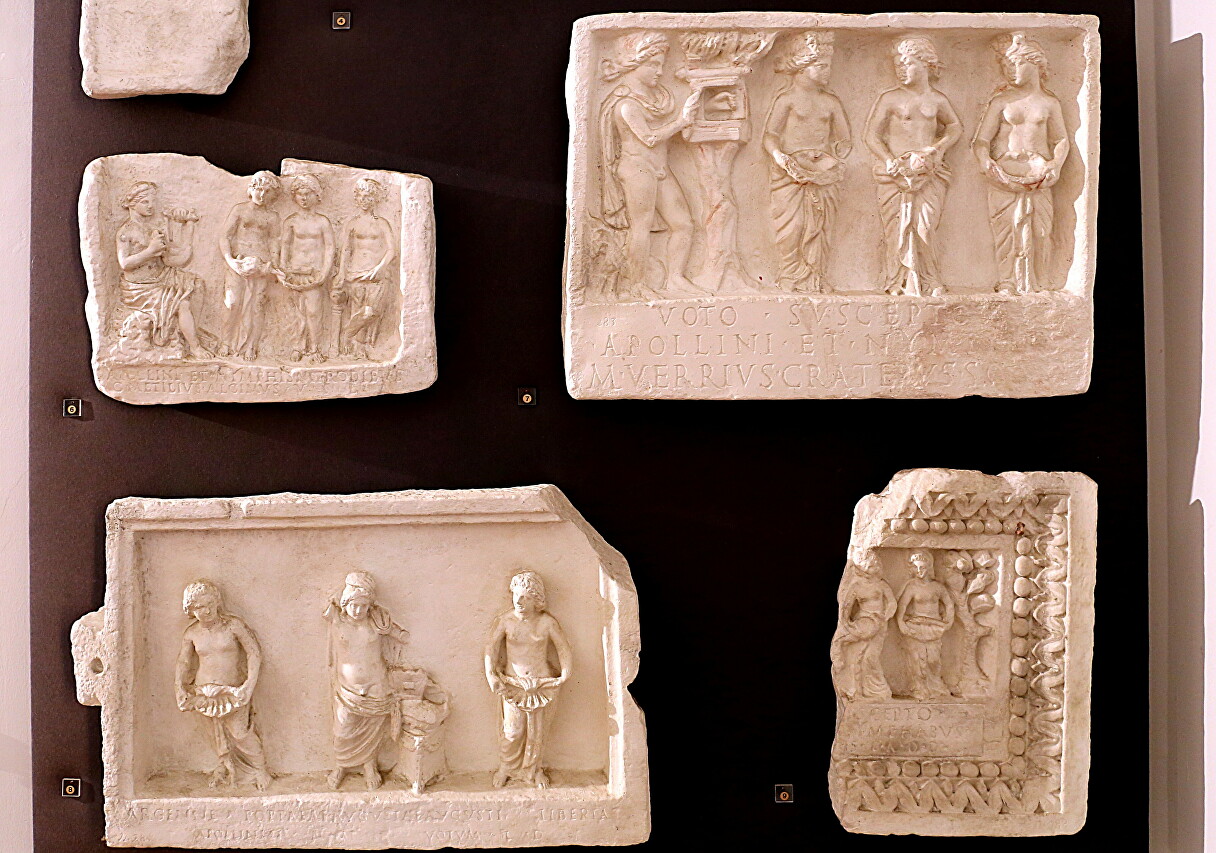 Bas-relief depicting the head of the Medusa Gorgon. 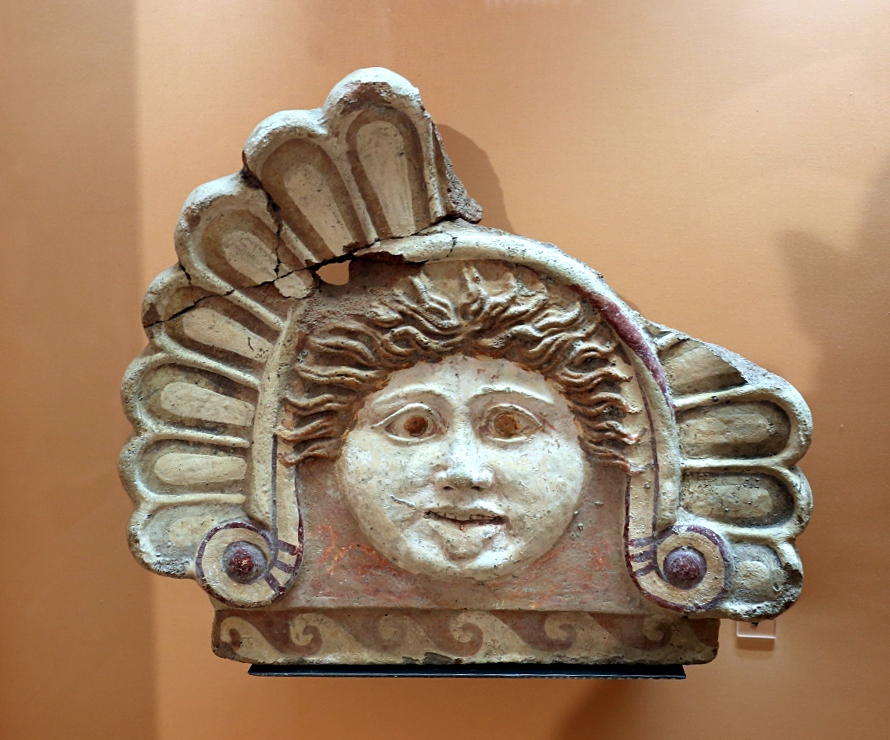 A child's burial site Dating back to the 4th-5th century BC. Found in a necropolis near the village of San Montano. 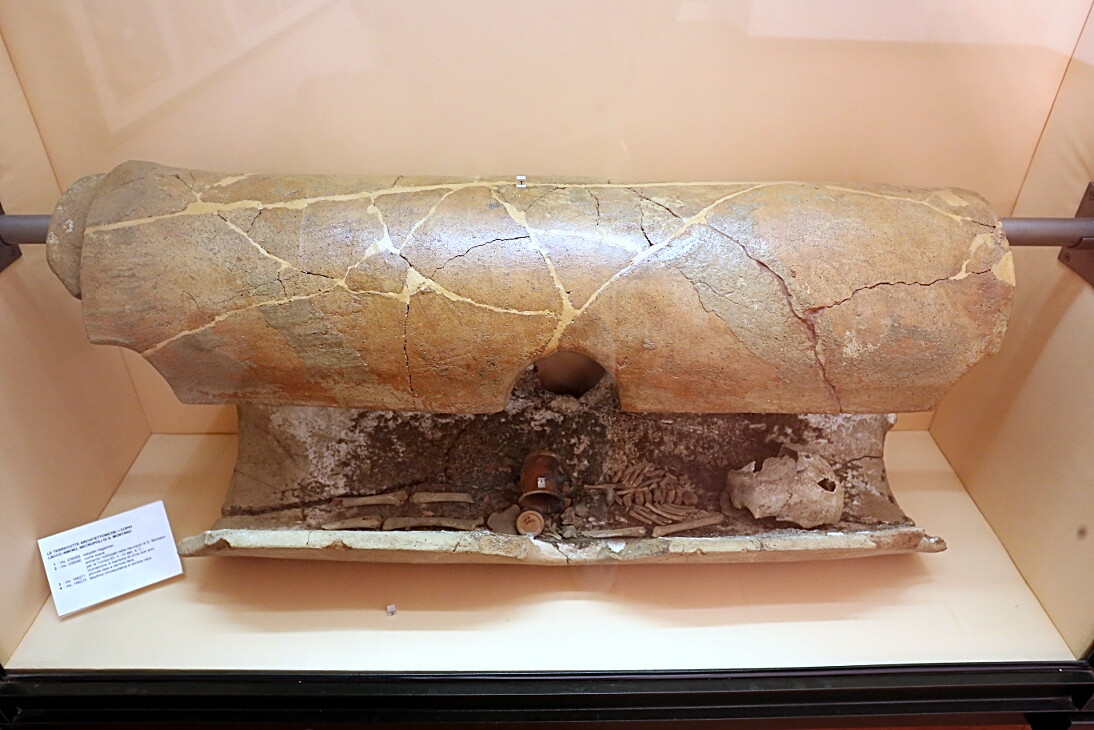 In 1989, as a result of a landslide near the village of Pansa, the ancient walls were exposed, which gave a new impetus to the excavations. Walls they belonged to the house of a well-to-do peasant. 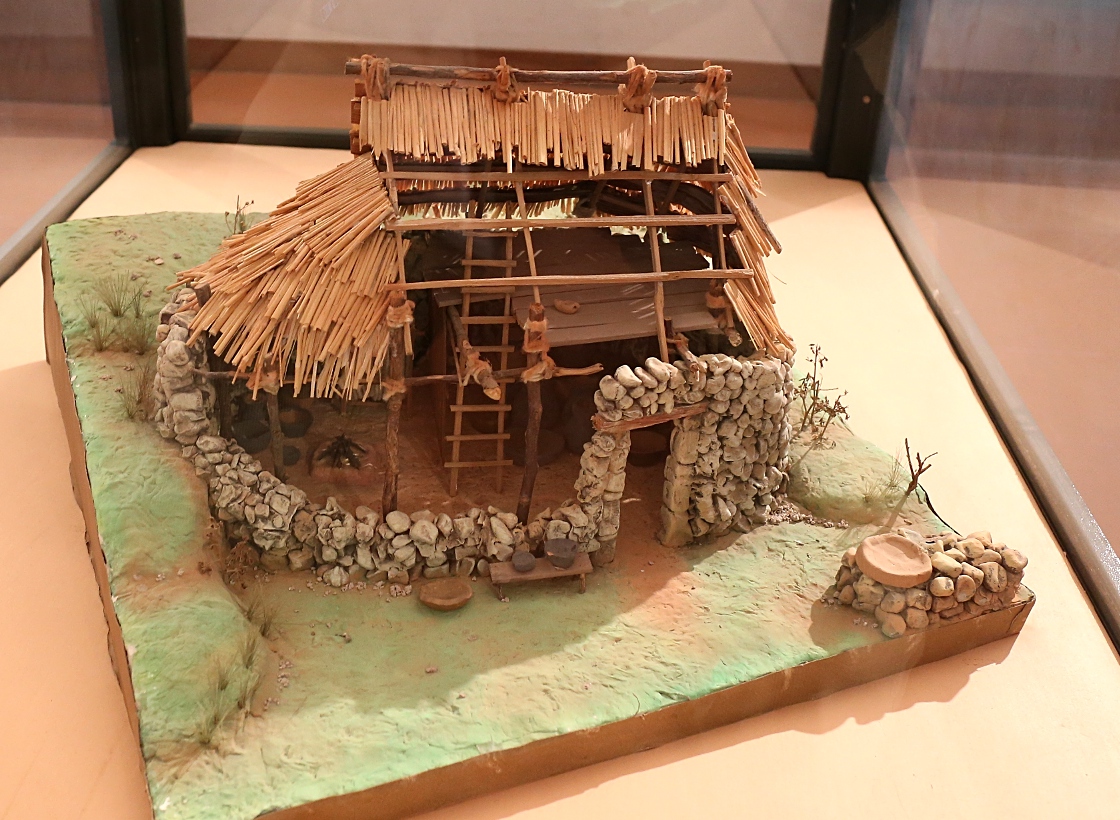 The Museum is open daily in the morning from 9 to 13, in the evening from 15 to 18, ticket price 5€. The Museum's website http://www.pithecusae.it/