following the via Roma, which begins from the right of the Basilica of Loreto, will come to via San Vito. At the end of this street is the oldest Church of Forio (map). 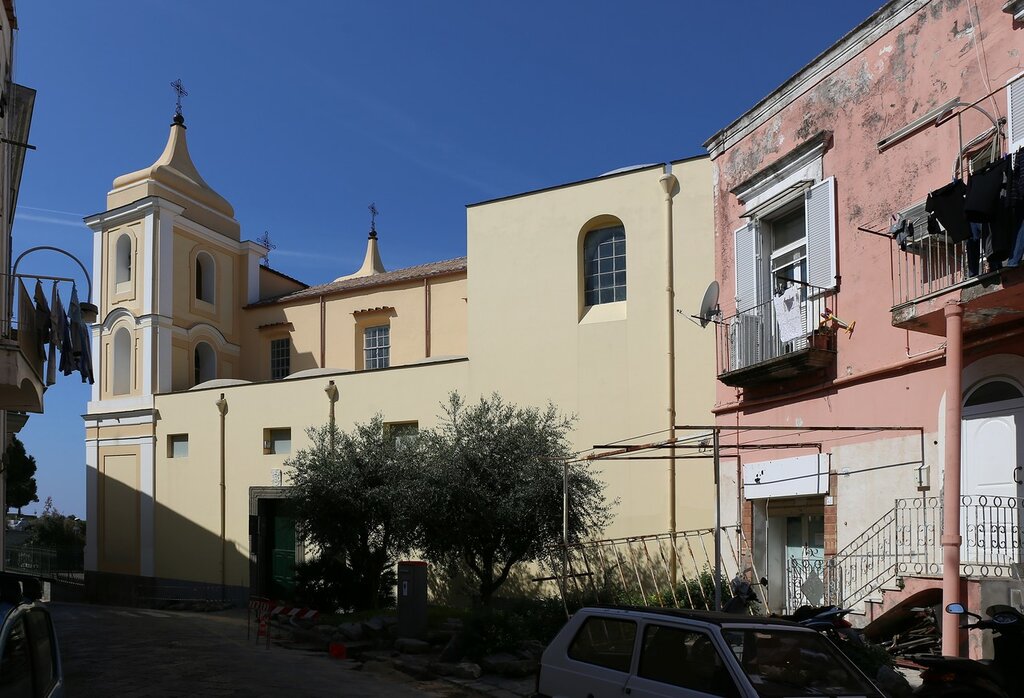 local Historian Giuseppe D'Ascia wrote in 1867, in the fundamental work "the History of the island of Ischia" : "This Church is very old, and there are no data on the date of its establishment. The first entry in the book of baptisms belong to 1620". Later the bishopric was discovered the document on the appointment of a priest in the parish of St. Vitus in Forio, dated to the year 1306. 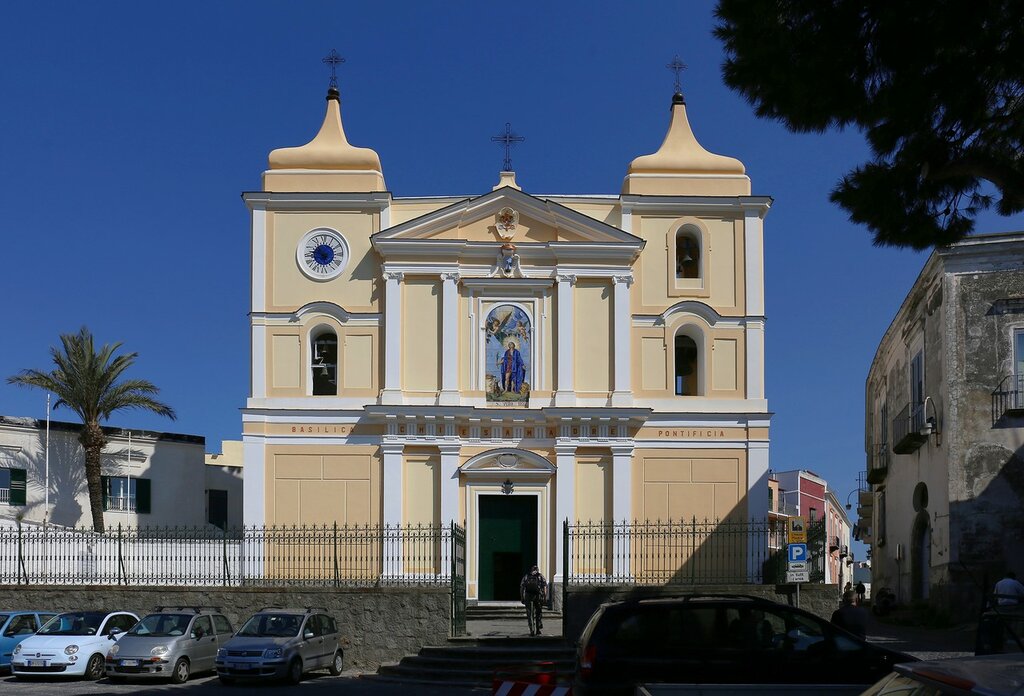 About the date of construction of the building data differ, beginning with the twelfth and ending with the fifteenth century. According to the famous archeologist Pietro Monti, the original Church of St. Vitus was on the Bay, fishing village, from which grew the town of Forio. 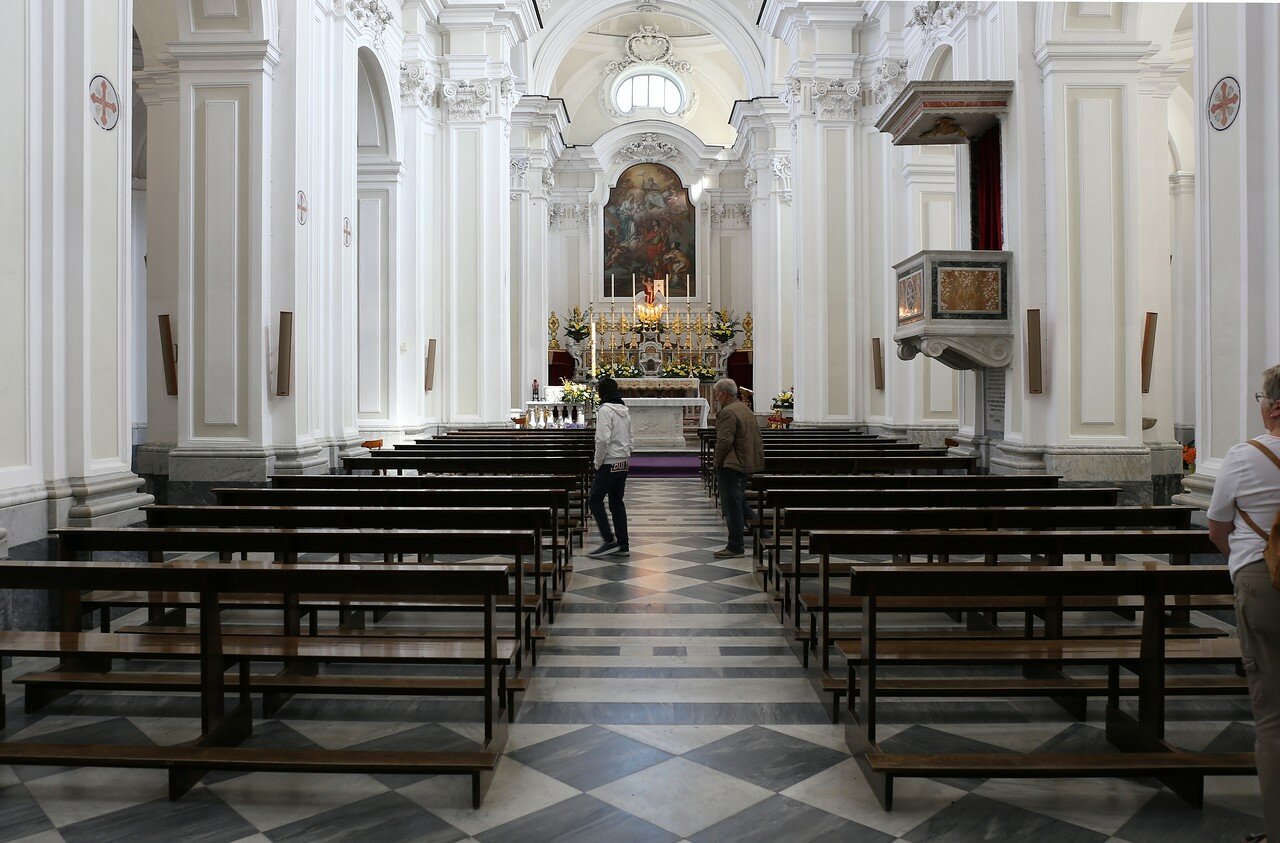 Suffering from the frequent raids of the Saracens, the fishermen were forced to move to a safer place - at the top of the hill, there was built a new Church. 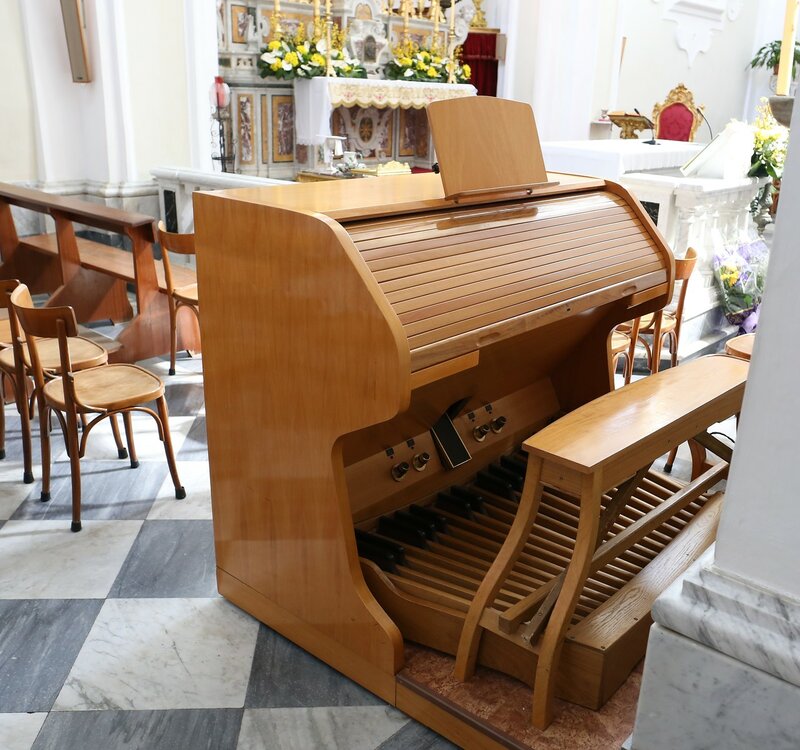 the 14th and 15th centuries, the parish of St. Vitus was the only way for living on the hill, and the surrounding farms. 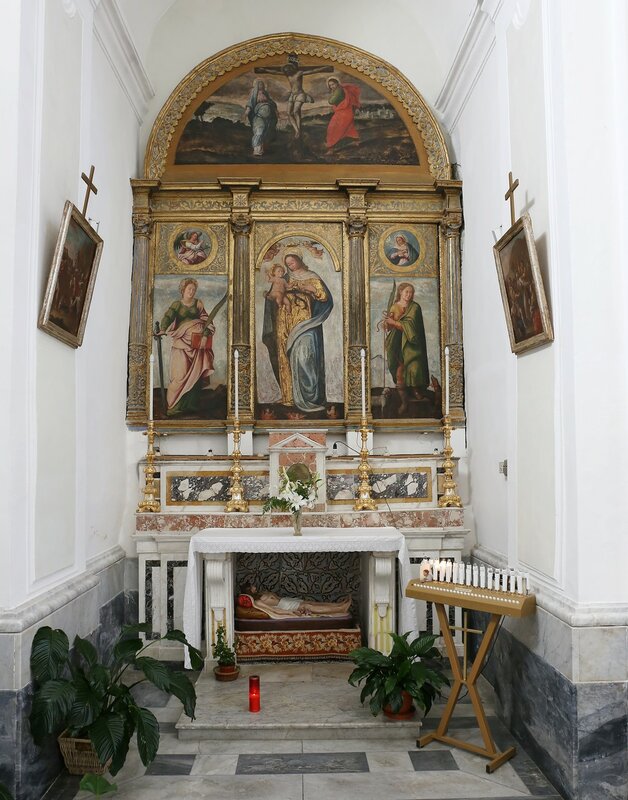 In the 15th century the settlement began to expand towards the sea, and below was built by the Loreto Basilica. 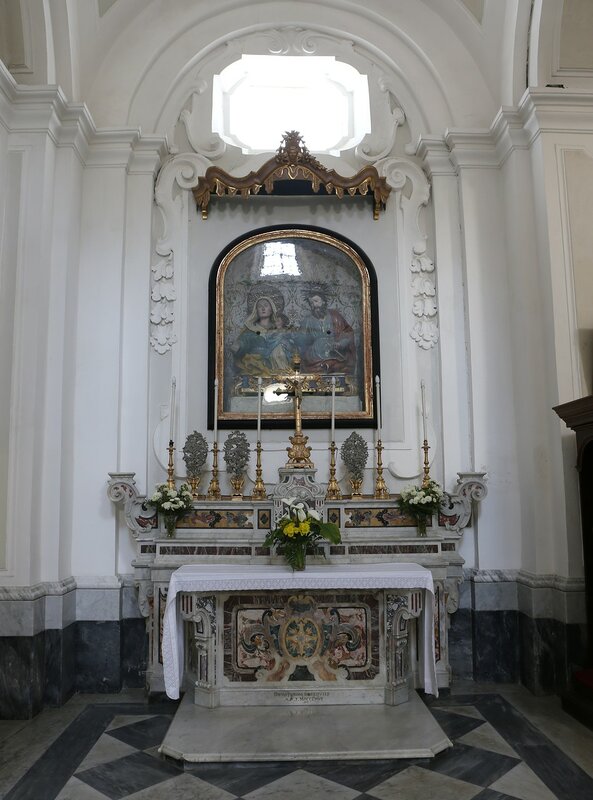 To the beginning of the 18th century, the population of the parish grew, and the old Church becoming too small. In 1735, the municipality of Forio allocates funds for the rebuilding of the temple, which ended in 1748. 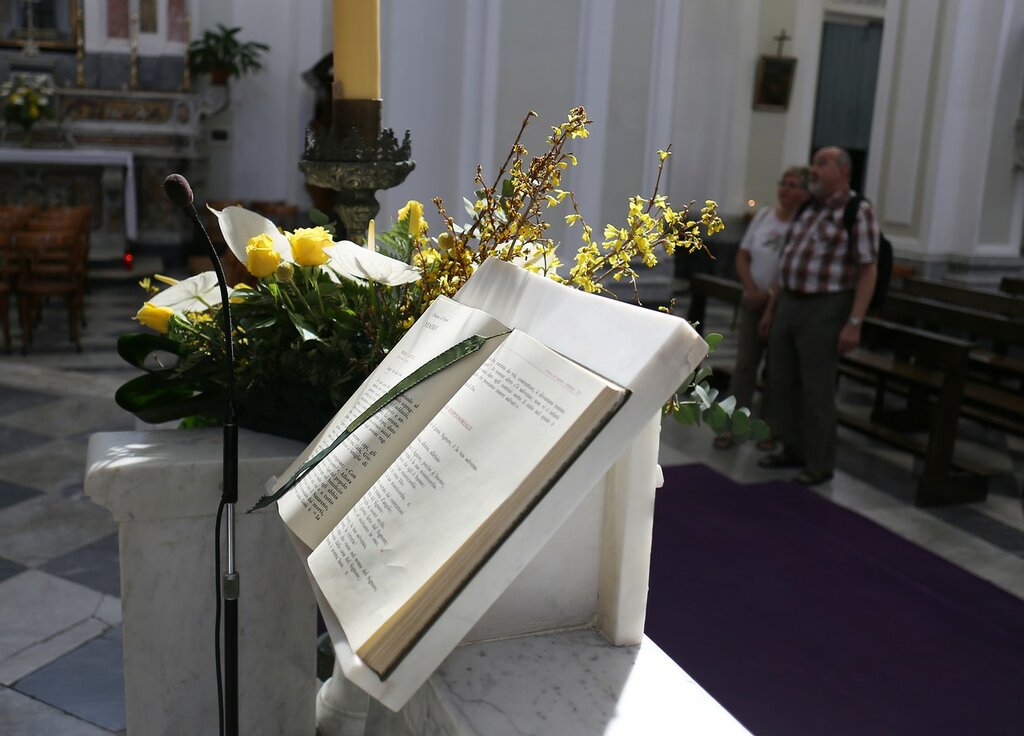 In 1790, the Church was the main and the side altars of white marble, the floor was paved with marble slabs. 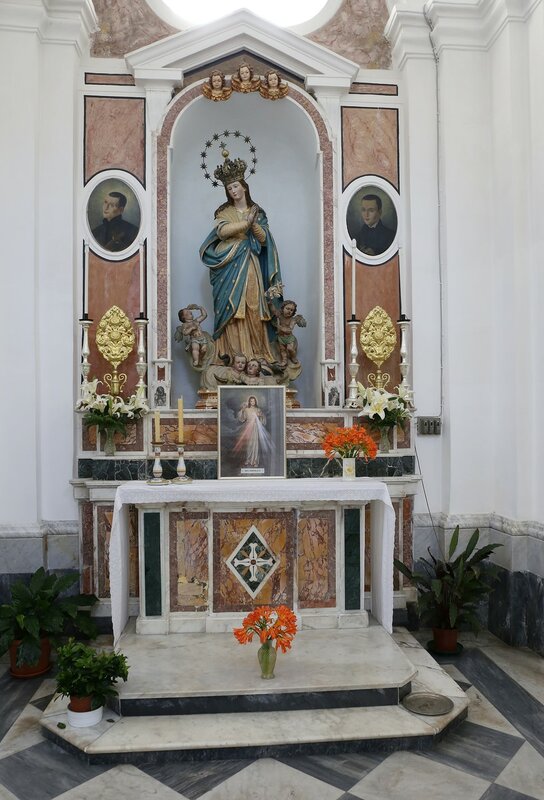 and the walls are plastered and covered with plaster ornaments. 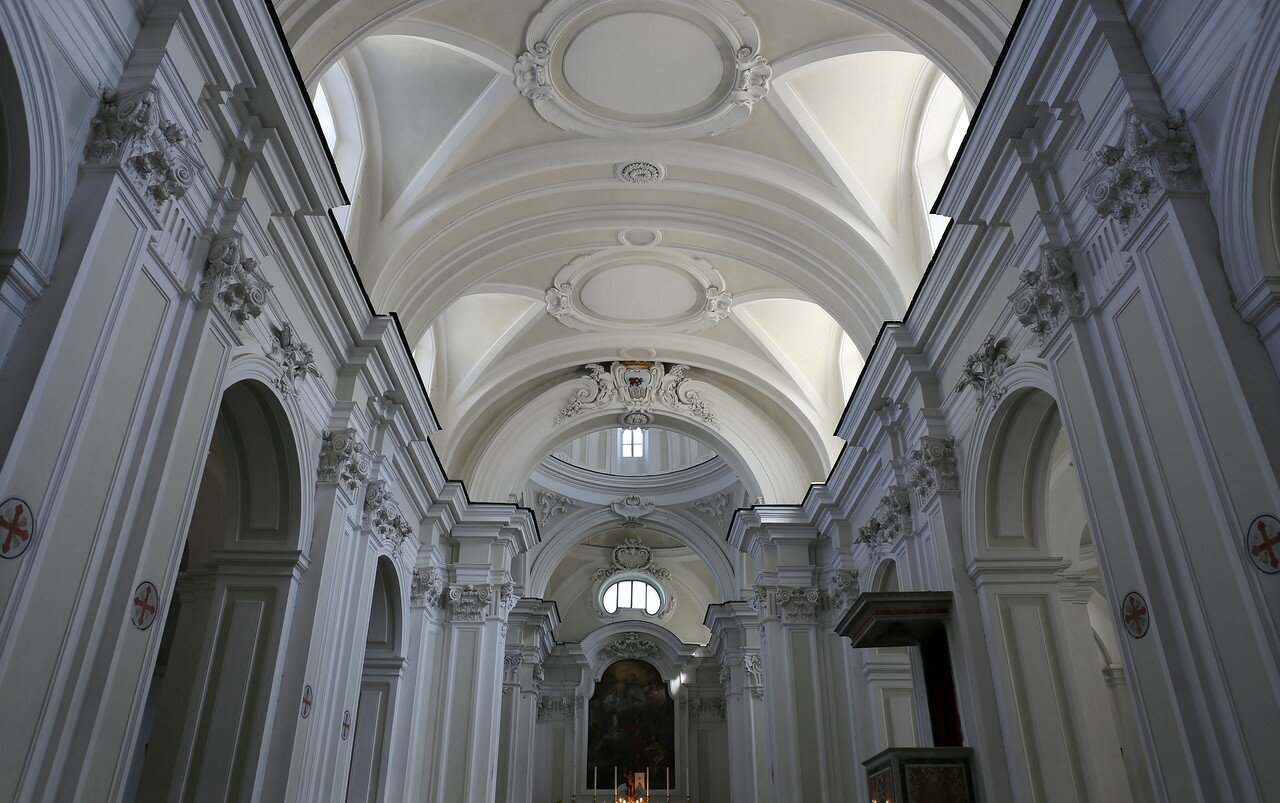 most of the paintings of local artists Calise Cesare and Alfonso Di Spigna. 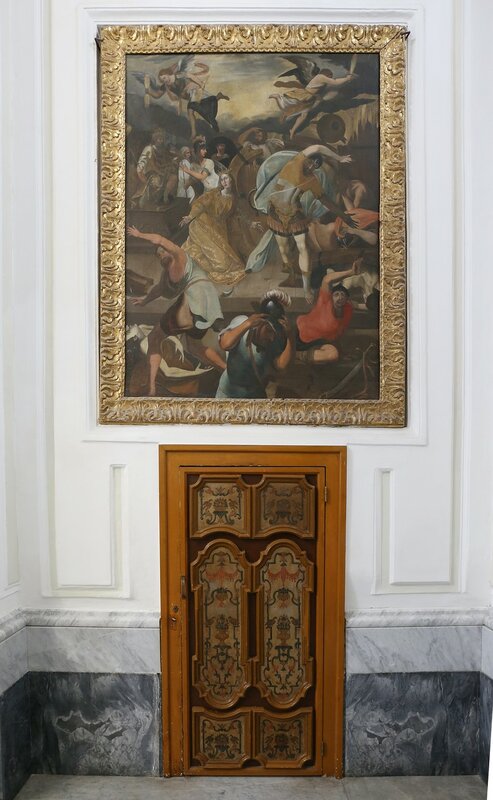 Behind the main altar there is the tombstone of a pastor, Nicolantonio Maltese, who during the plague of 1656, fled from the city to the countryside, but stayed to help the sick. 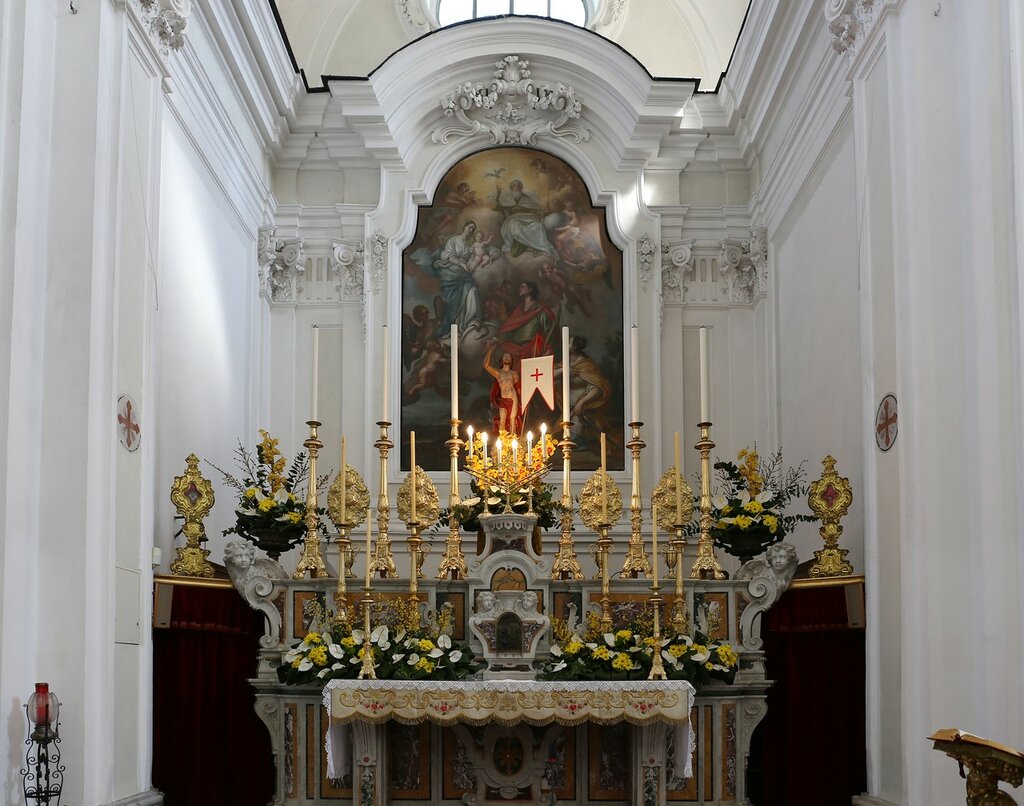 On the sides of the facade were two chapels - in the name of San Martino on the right and of the Apostle James on the left, which was demolished in 1857. In their place built a tower in the Baroque style with characteristic architecture of southern Italy pear-shaped domes. 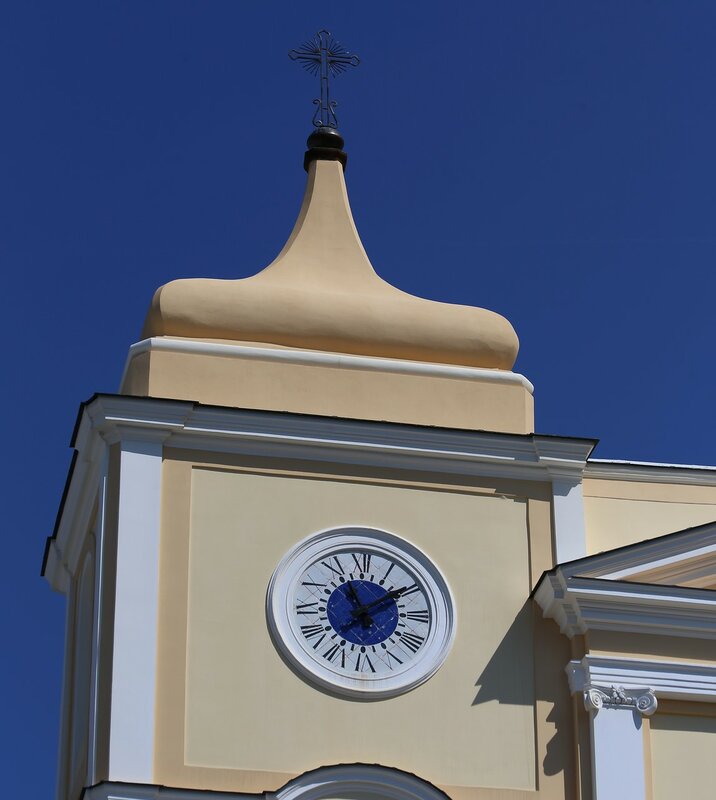 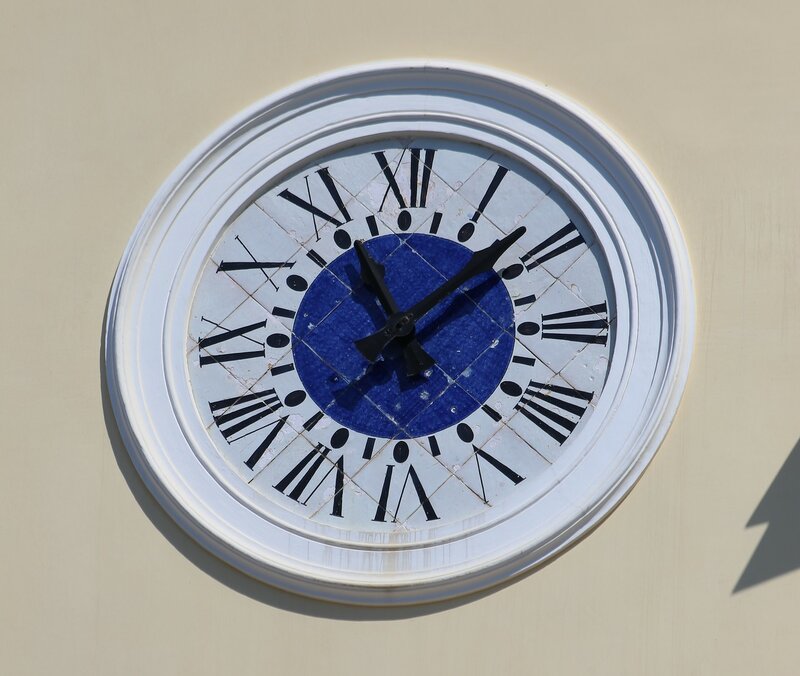 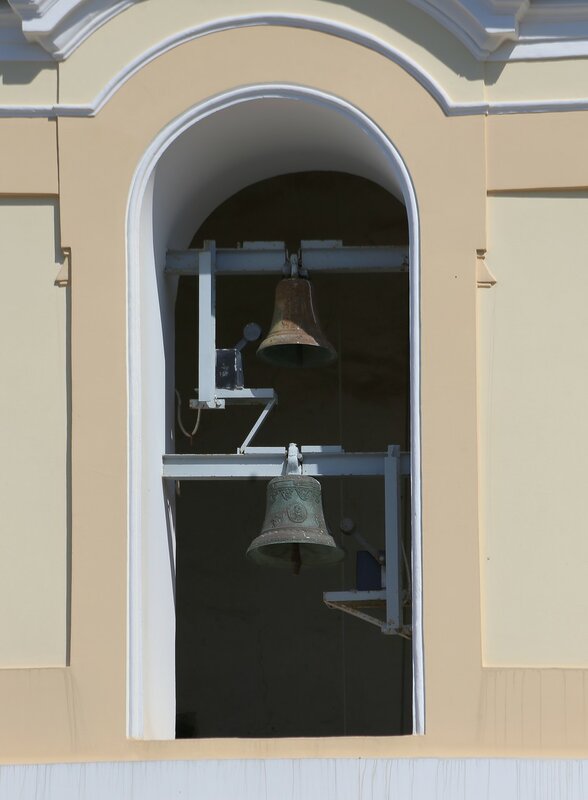 In the second half of the 19th century was reconstructed the middle part of the facade, and the Church has adopted the final form which it has in our days. 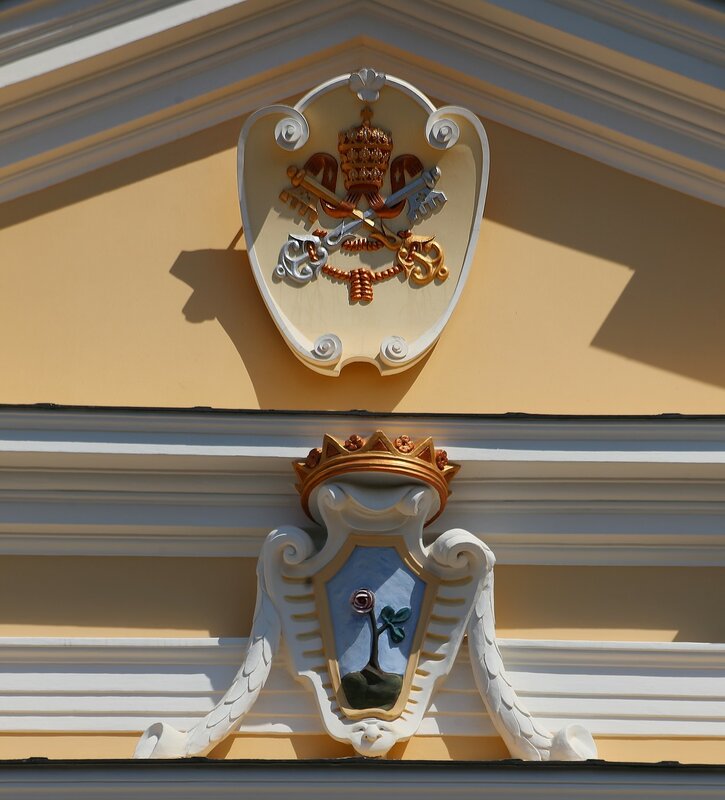 In 1881, the façade was decorated with ceramic panels depicting St. Vitus. 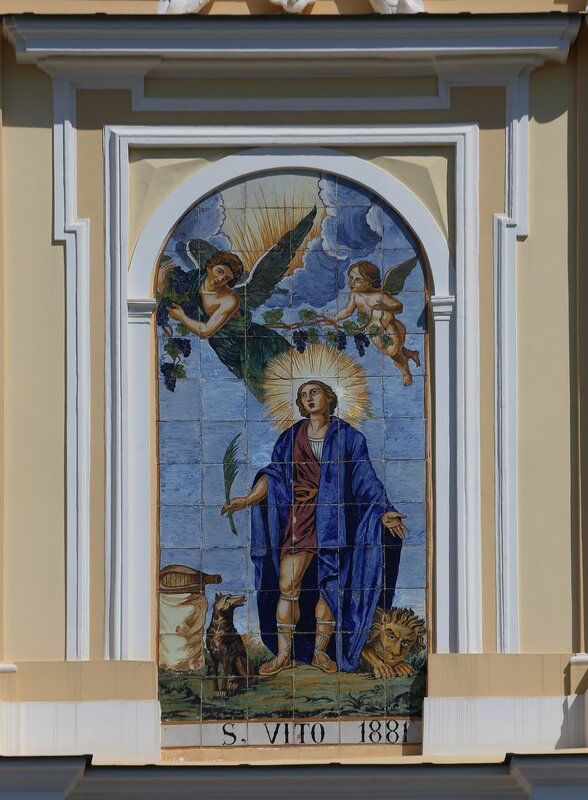 In 1989, St. Vitus Church received the status of a papal Basilica and is decorated with the emblem of John Paul II. 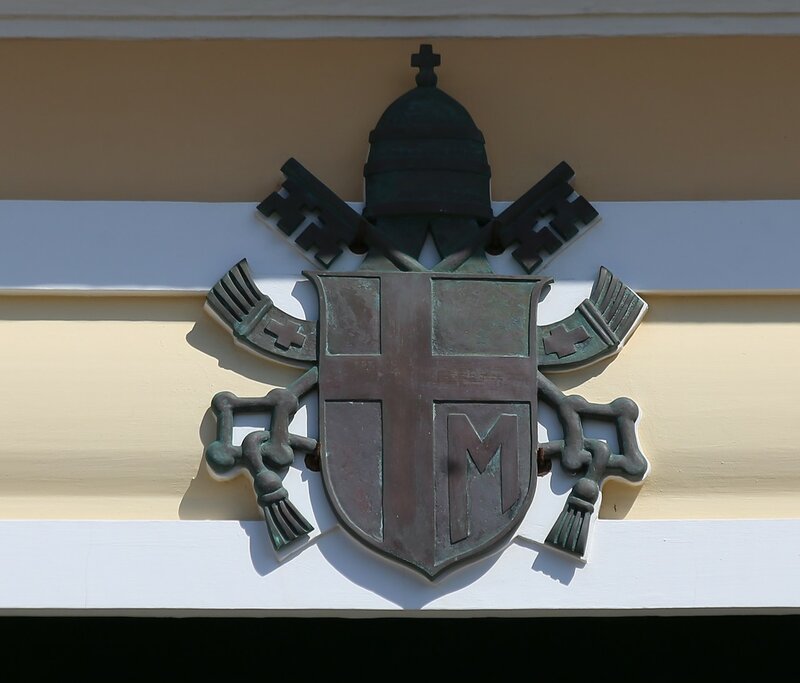 the Square before the temple is paved with slabs of volcanic lava, and fenced with iron bars. Since yesterday evening left here for "launcher" fireworks. 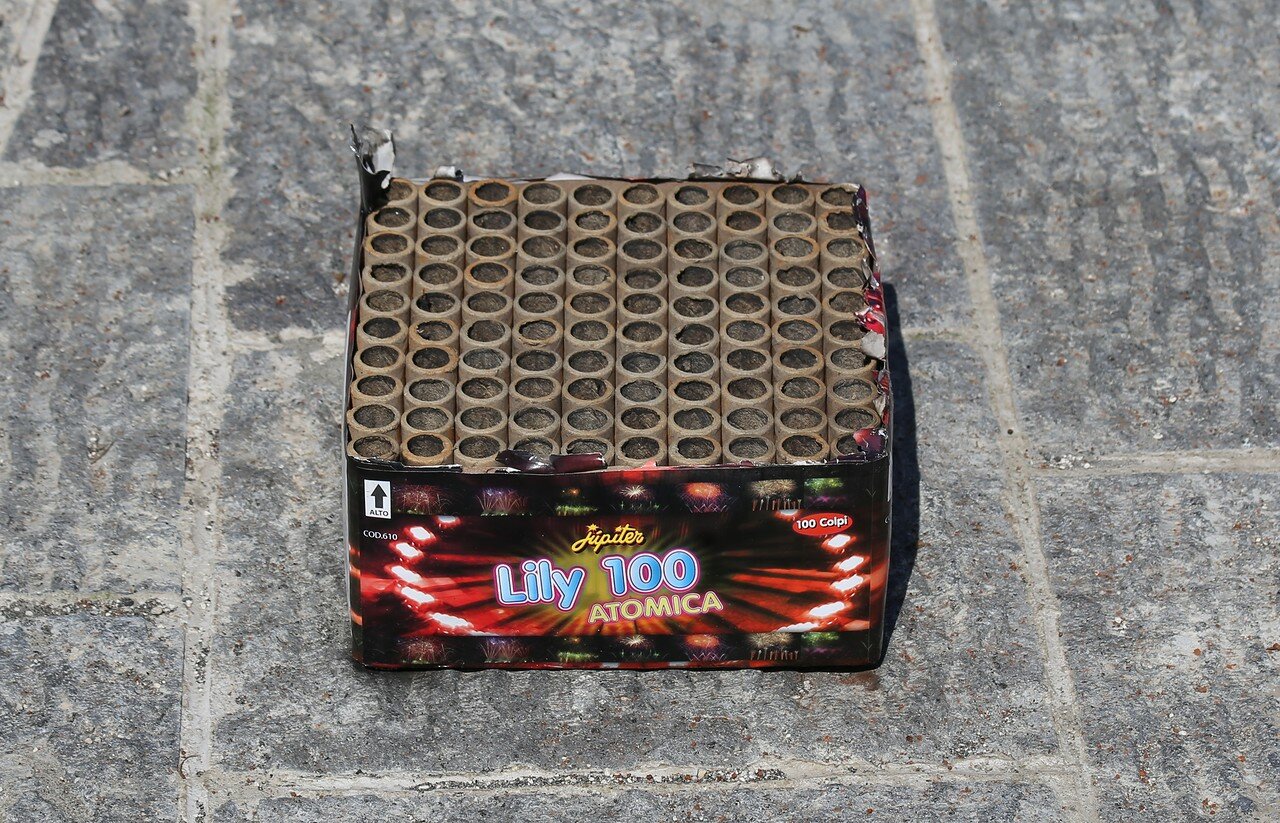 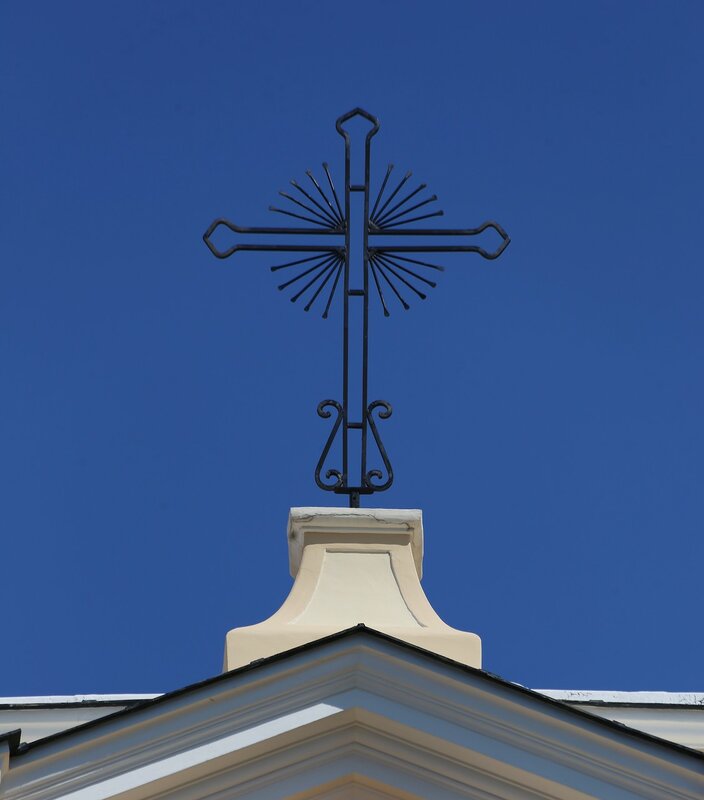