From the square in front of Cathedral of St. Vitus well you can see another landmark, which occupies the top of a nearby hill. The round tower called Torrione (map) occupies a dominant position above the surrounding terrain, it is the tallest building in Forio. 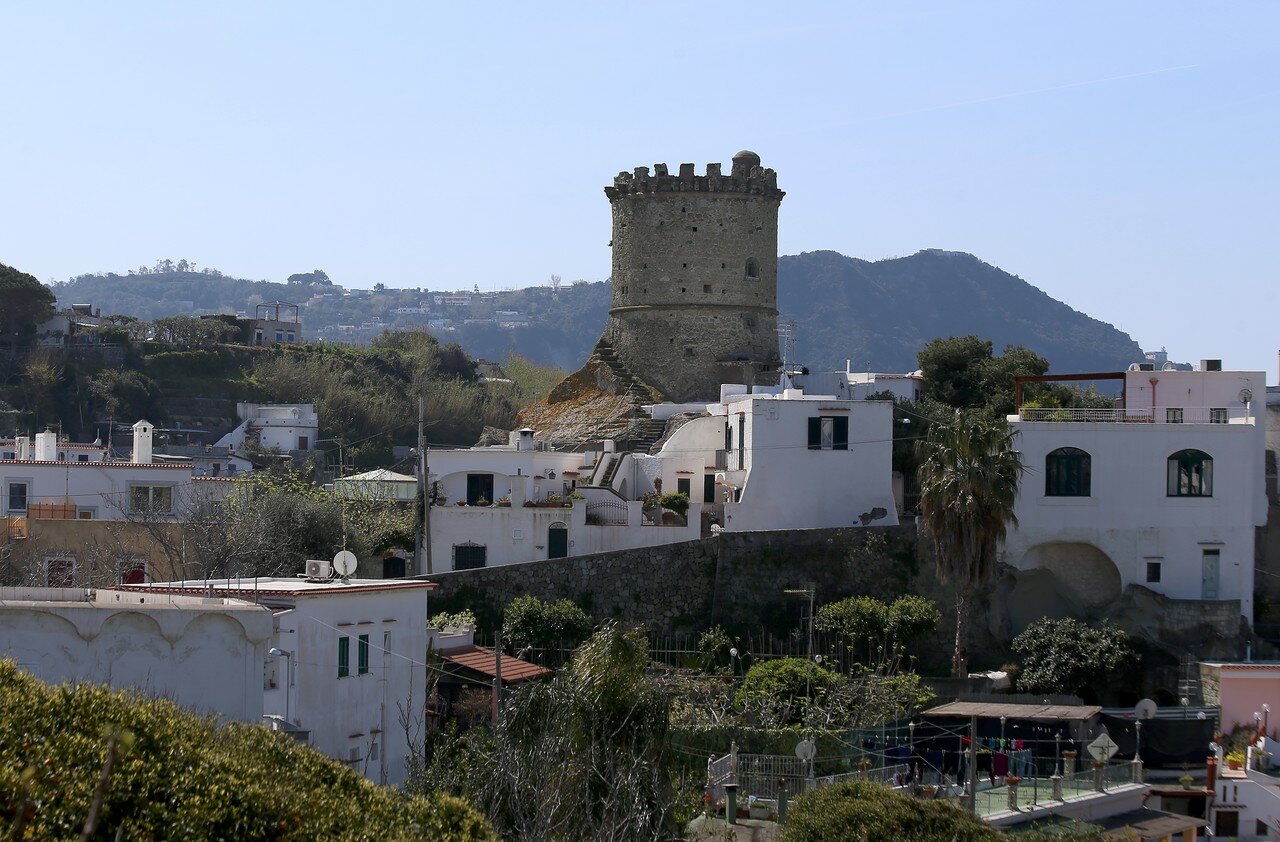 History of the fortifications of the island began in the ninth century. During this period, a flourishing island of Ischia began to attract the attention of the Saracens - the North African pirates. Long time it was just a refuge in the hills, where residents holed up in their houses hosted the robbers, small garrisons (Guarno) coastal villages could not protect fishermen and farmers from raiders. Especially suffered from the pirates, the villagers Citara (now in its place is the center of Forio), located on the Western shore of the island from the open sea. Constant raids forced them, eventually, to move to the hill to St. Vitus and build a fortified settlement. 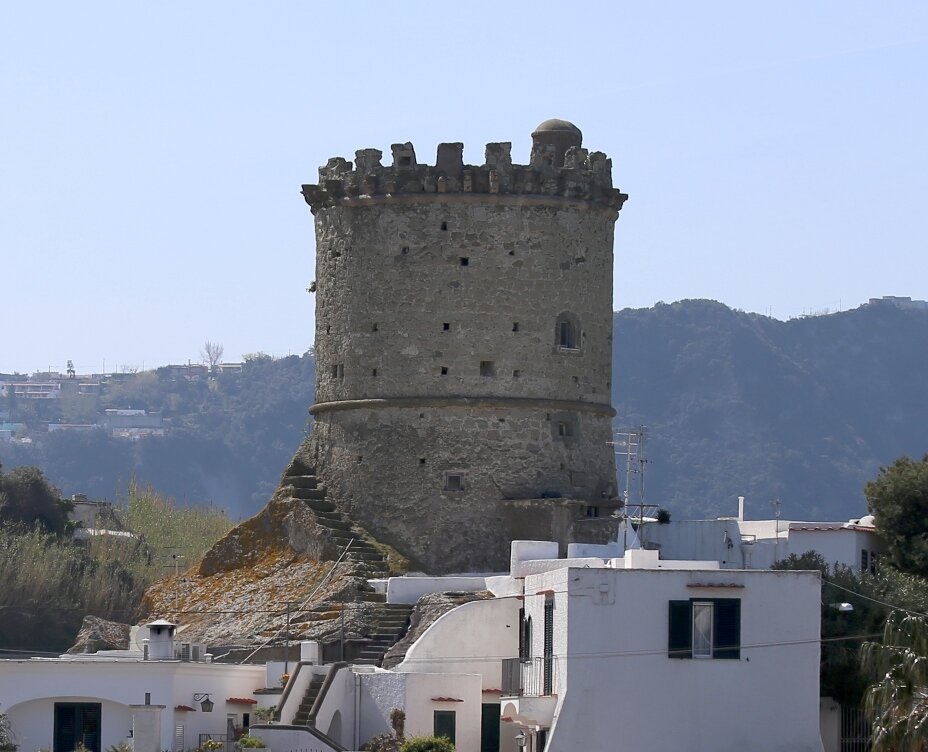 defense became a small fortress with a high round tower, which served as an observation post. The construction of the tower began in 1480 and lasted quite a long time. In the state archive of Naples "Report on the situation on the island of Ischia", dated 1574. The author, Pirro Antonio Stynka writes "a Large tower in Forio built with funds from the city Treasury, which spent 700 ducats, equipping the tower with artillery and other weapons cost even 700 coins." The construction of such centers of defense lasted until the 17th century, under their protection the city began to expand towards the sea. As evidenced by the report prepared by the in 1576 "in Forio built 7 towers, well equipped and armed, able to protect the inhabitants against pirates." In total in Forio there were 16 towers, part of which was built by a wealthy family. In normal times, it was just their residence during the attacks they gave shelter to the inhabitants of entire neighborhoods. One such "private fortresses", the tower Morger, located opposite the Basilica of Loreto (on the map). 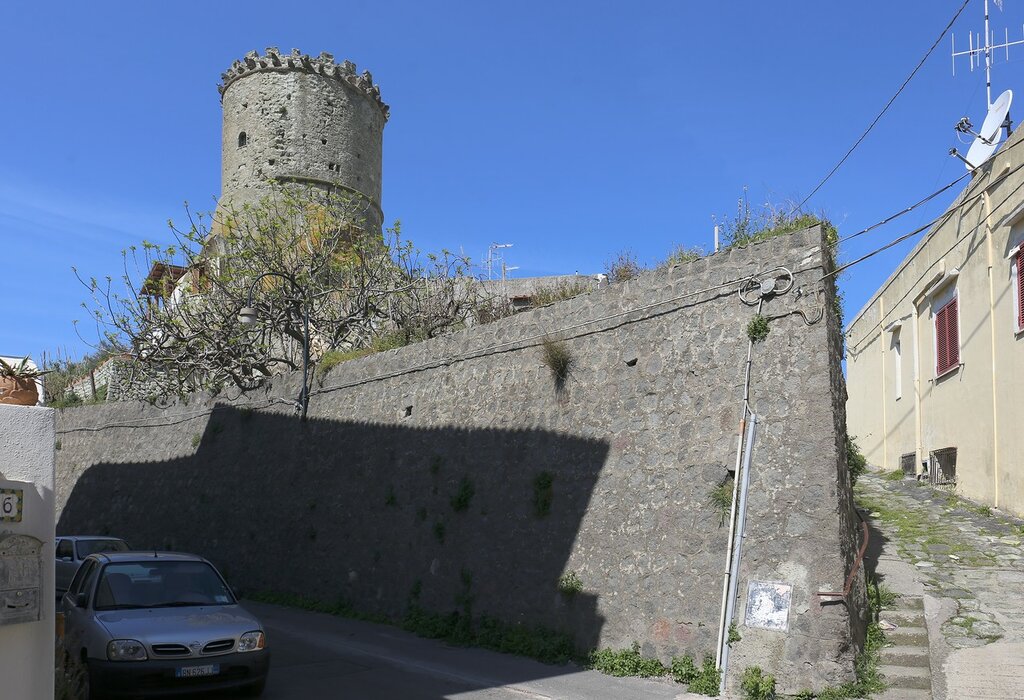 Tower built at the highest point of the hill, on the outcrop of tufa, has two levels. The first completely deaf and inaccessible, meant for storage of food and ammunition, there was also a tank for collecting rainwater that provides the ability to withstand a long siege. The second tier was occupied by a garrison of 10 people there could be reached by an external staircase, ubiratsya during the attack. At the top of the towers, surrounded by a serrated parapet were four bronze cannon. The dominant position of the tower above the terrain allowed to fire at long distances in any direction. In "peace time" from the site was carried out continuous monitoring of the sea and surroundings that allowed to know in advance about the attack and prepare for it by reflection. 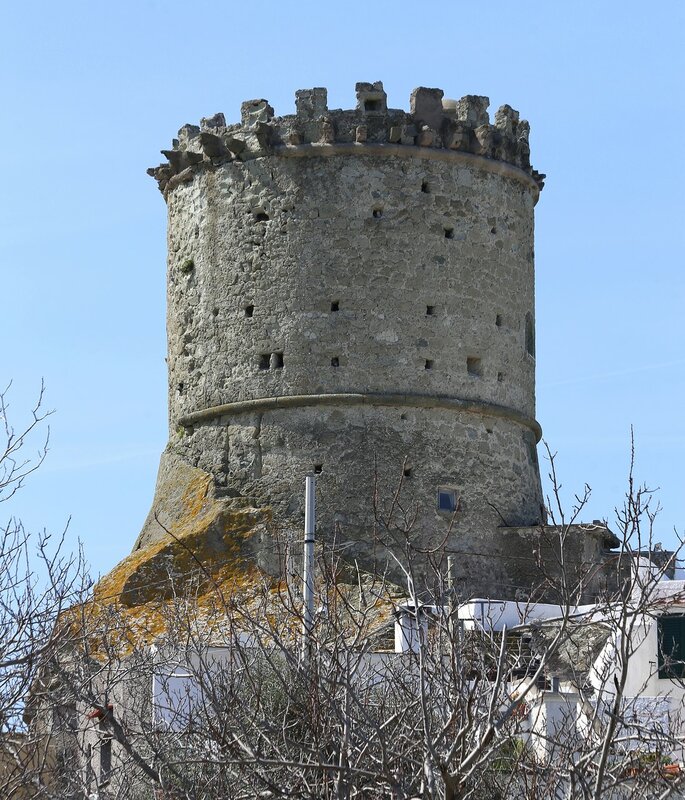 In the 18th century, the raids ceased, the tower lost its defensive importance, it was rebuilt for civilian use. In 1800 the tower Torrione began to perform the functions of the city jail, then was abandoned, gradually vetsa. However, even then the authorities care about sohranenii the old fortifications - the archive Forio is the act of "allocation of 20 ducats for urgent repair of an ancient tower". In 1883, the castle became a dwelling house - settled here by the artist Artist, sculptor and poet Giovanni Maltese (1852-1913 Giovanni Maltese). Now on the second floor Basni you can see some of his work, and is the first municipal Museum. The doors were locked and no information about the schedule of his work I discovered. Later on the website Forio found that you can get there only by prior arrangement (tel +39 081 3332126, info@iltorrione.org). 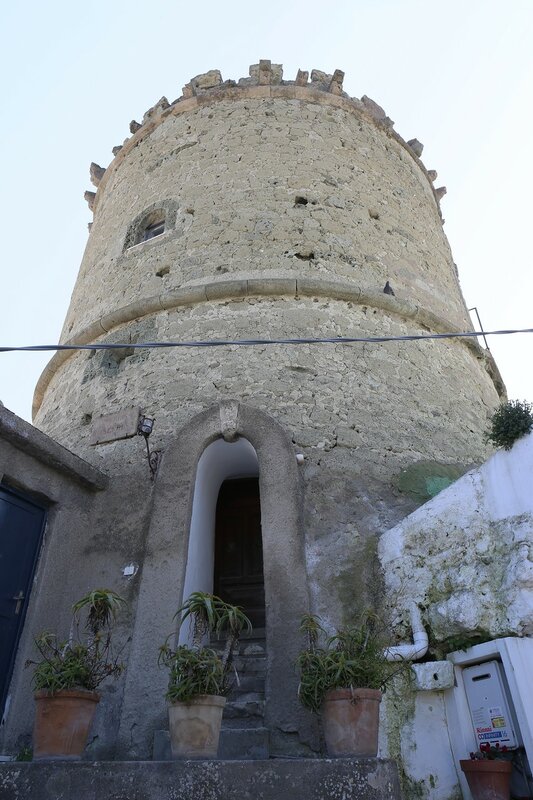 Near the entrance to the tower is an old well. 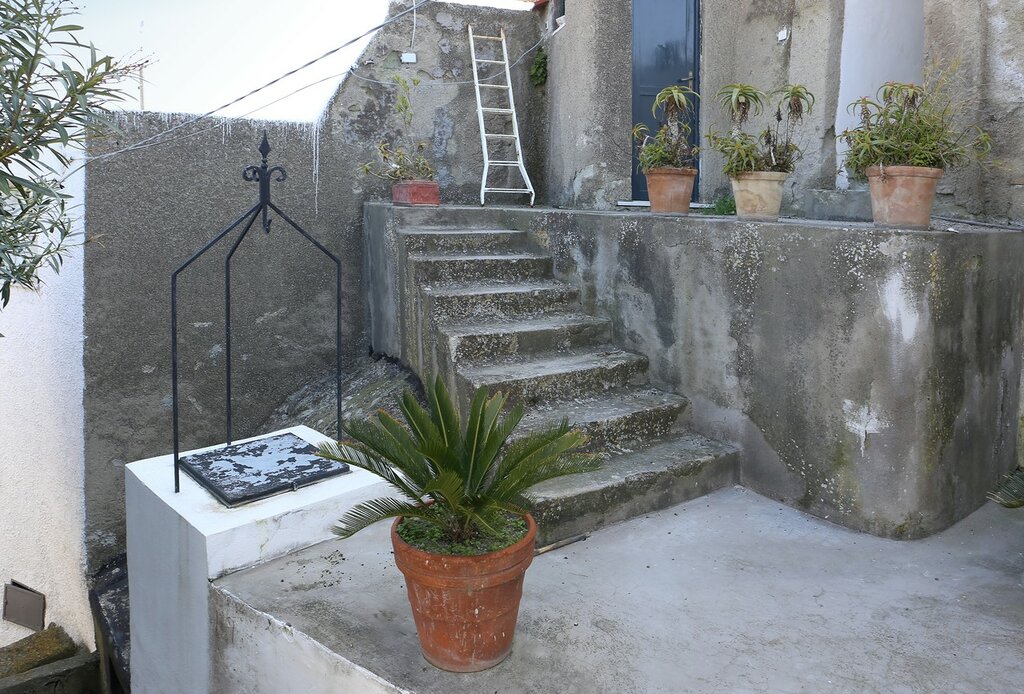 And a neat white house, 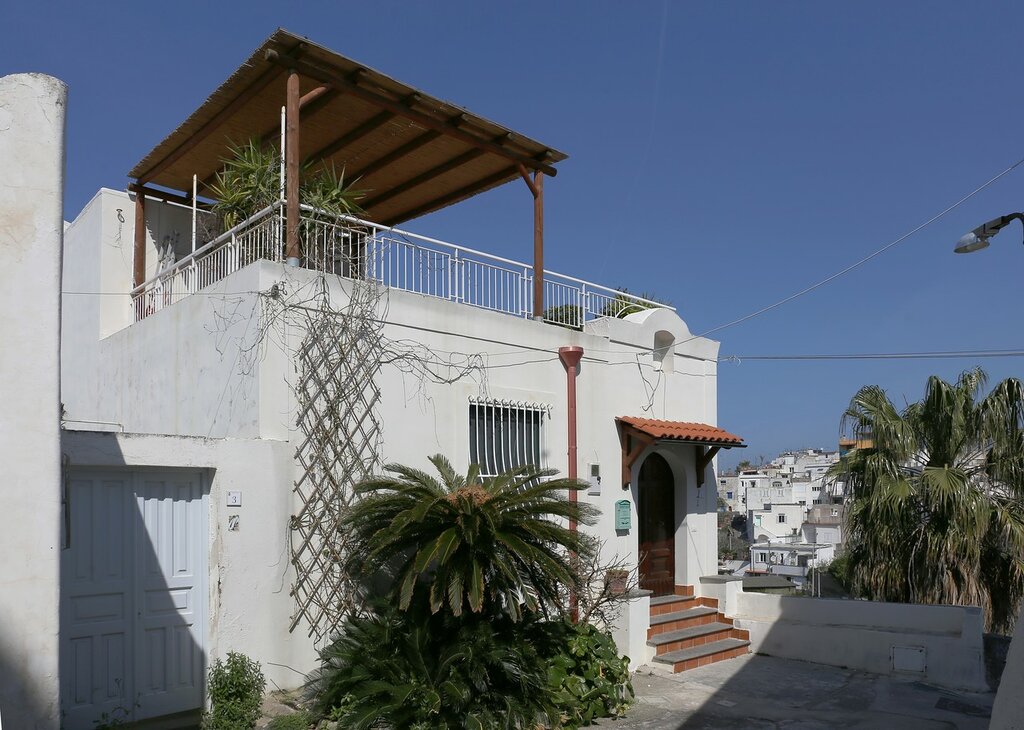 porch which overlooks the Central part of Forio 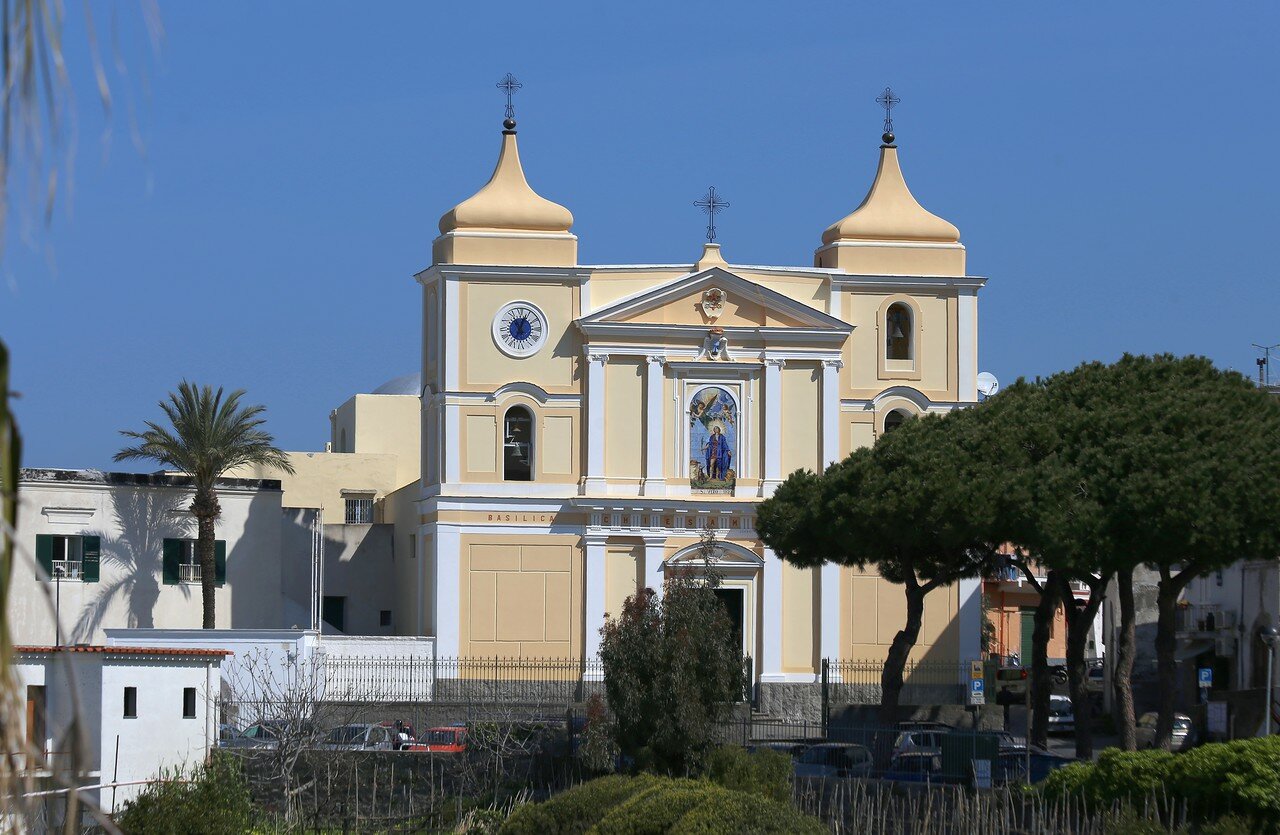 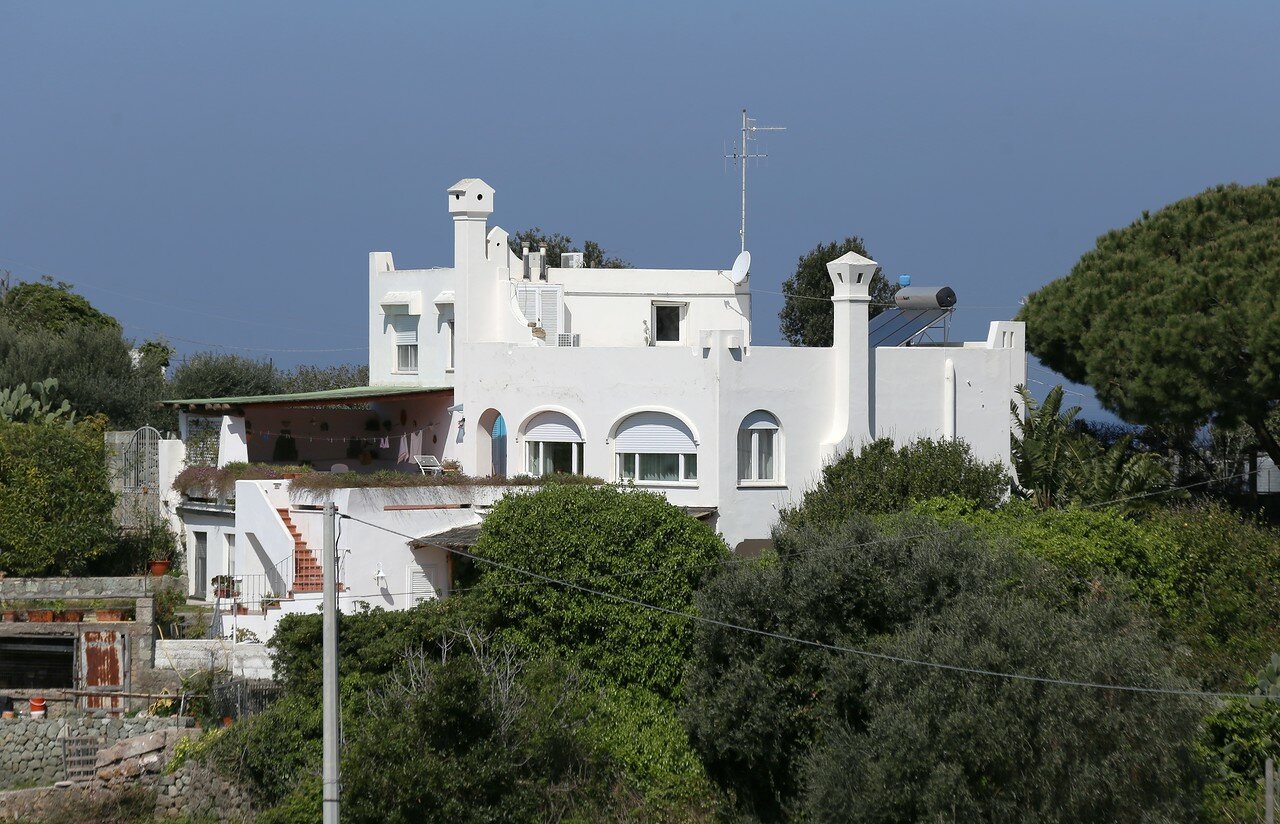 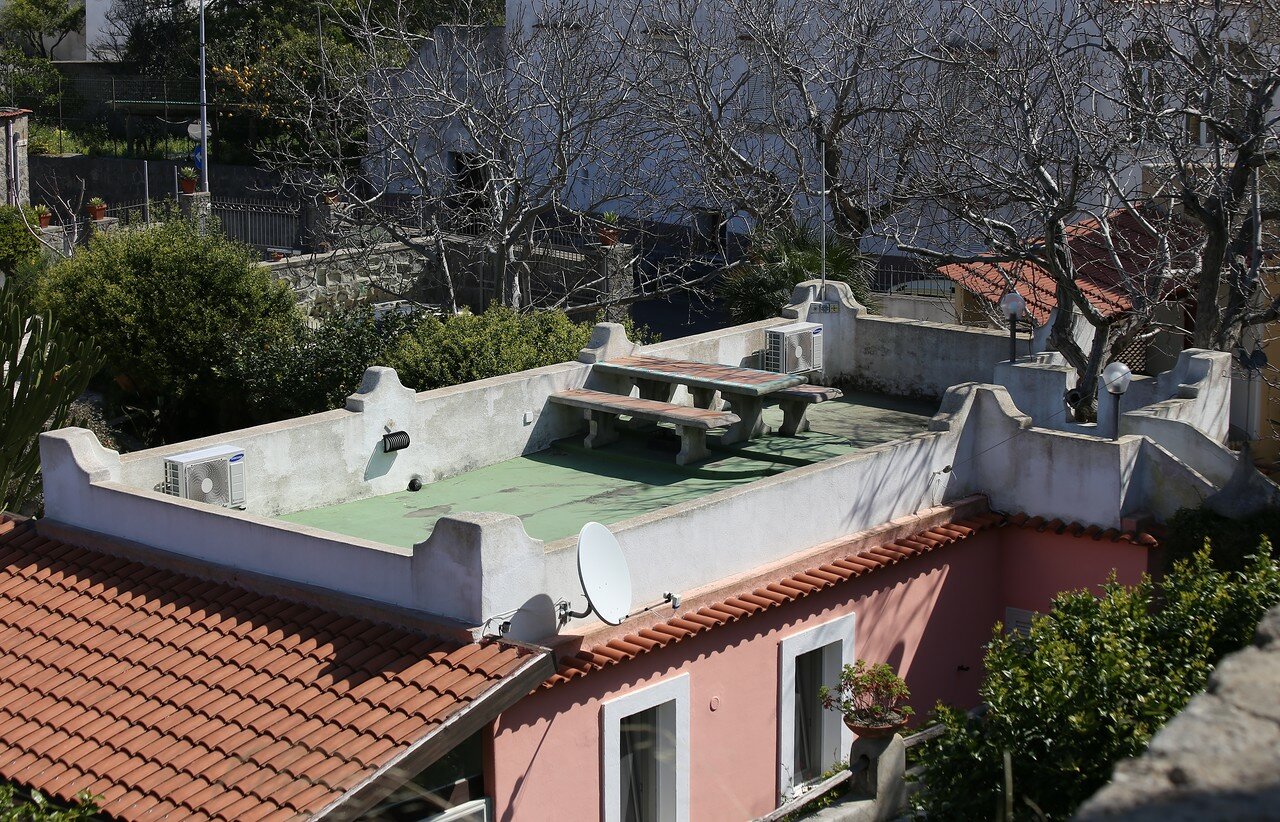 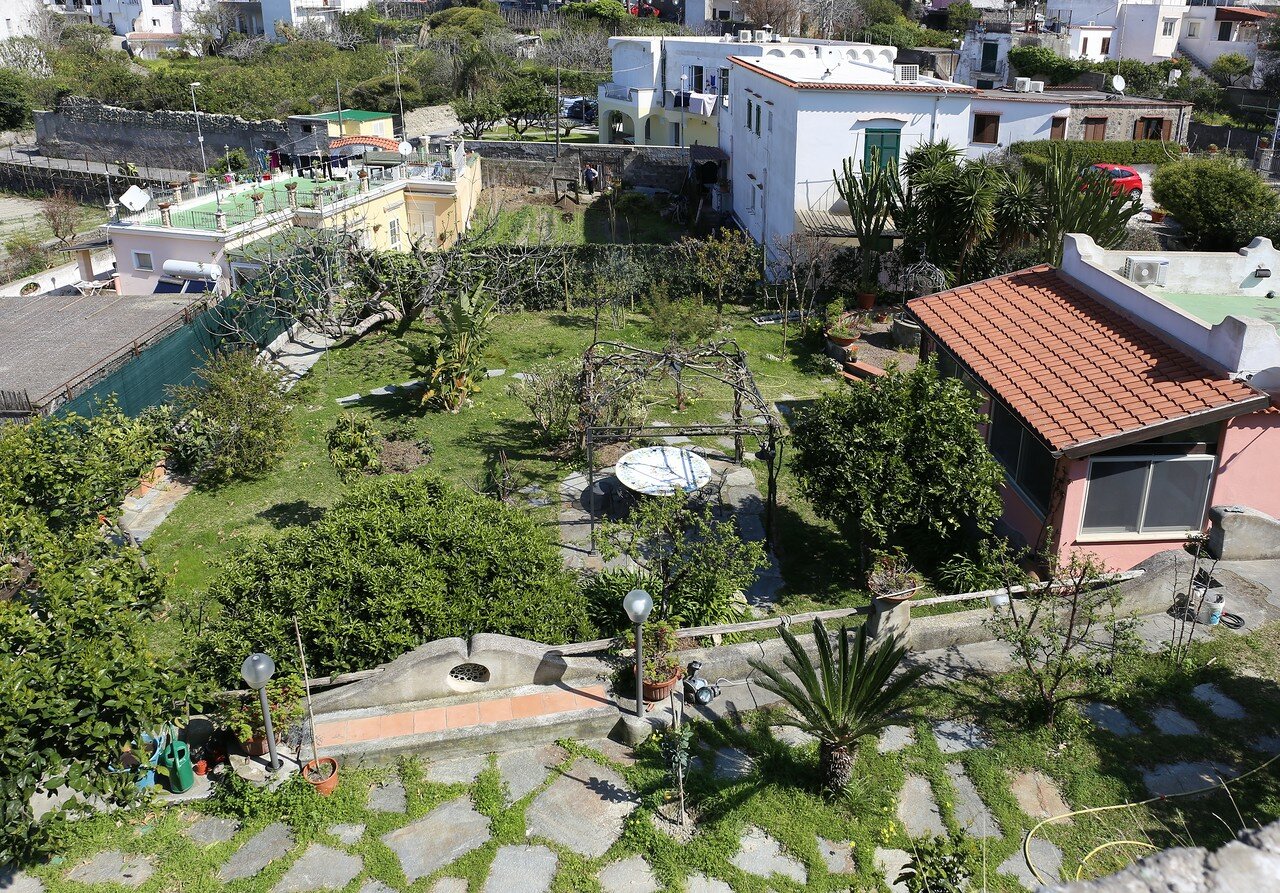 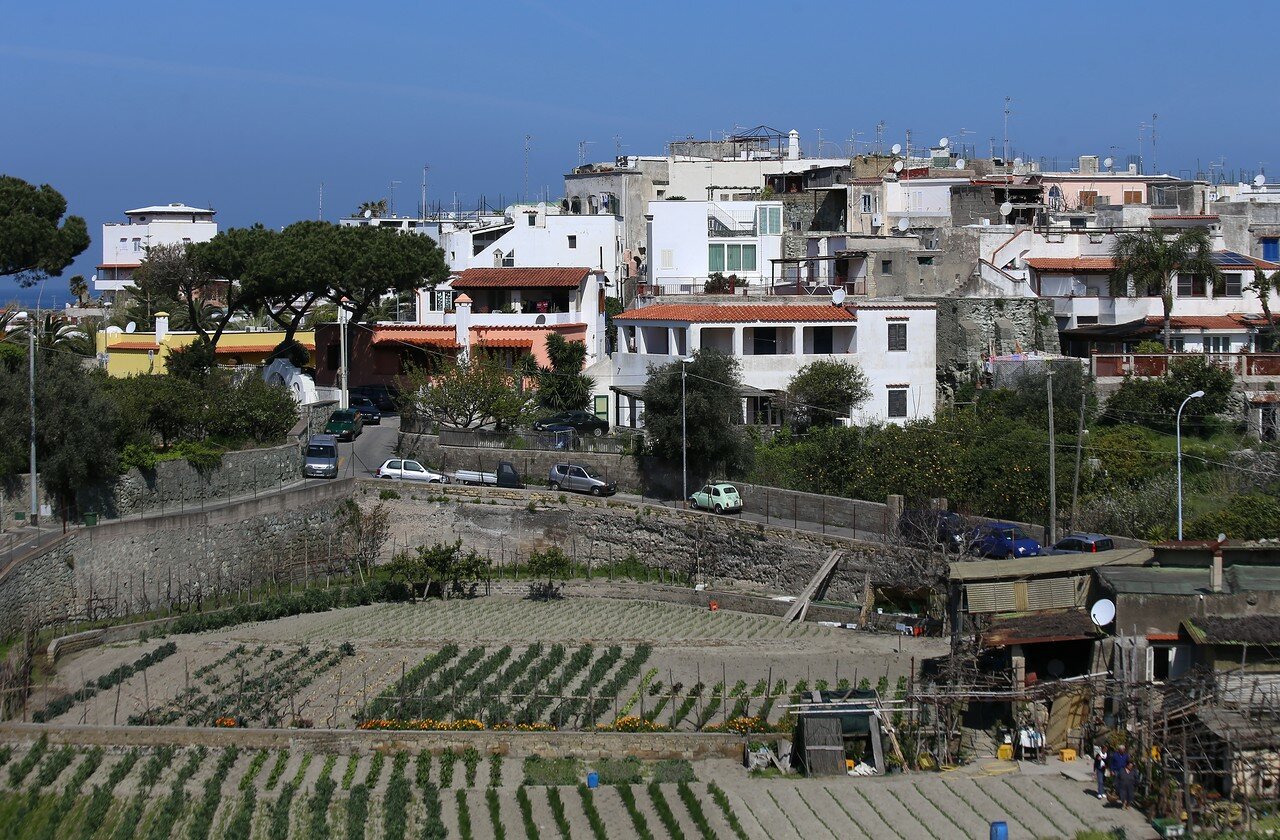 As hundreds of years ago, the main occupation of the inhabitants of the surroundings of Forio - agriculture. 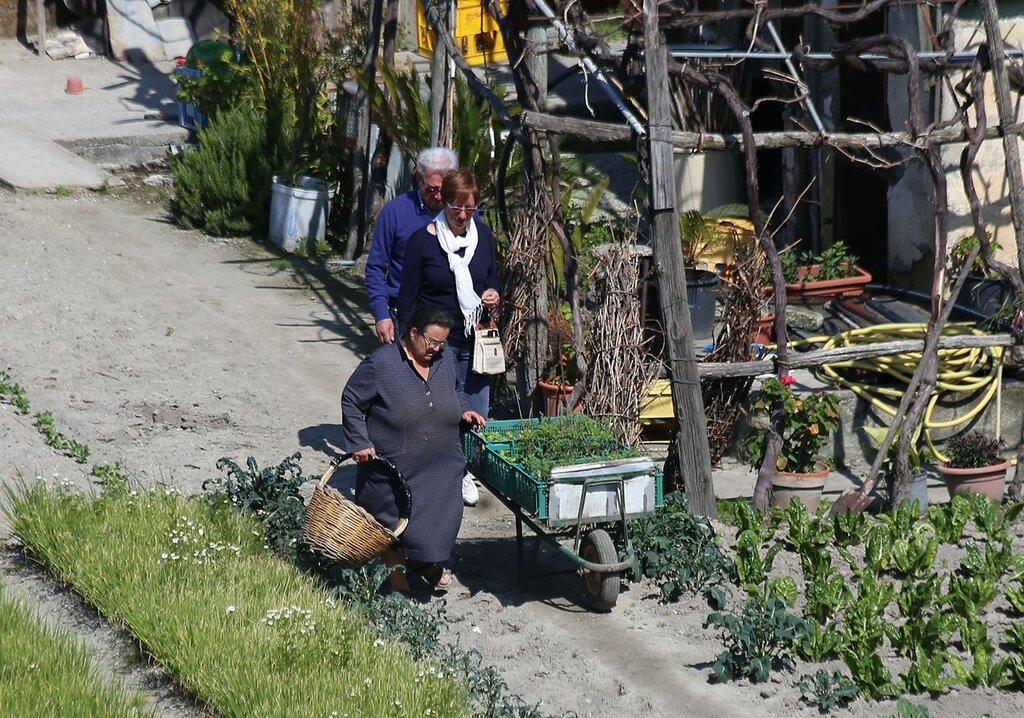 the Soil here is extremely fertile, there is a version that the name derives from the Latin "fhoros" - fertility. 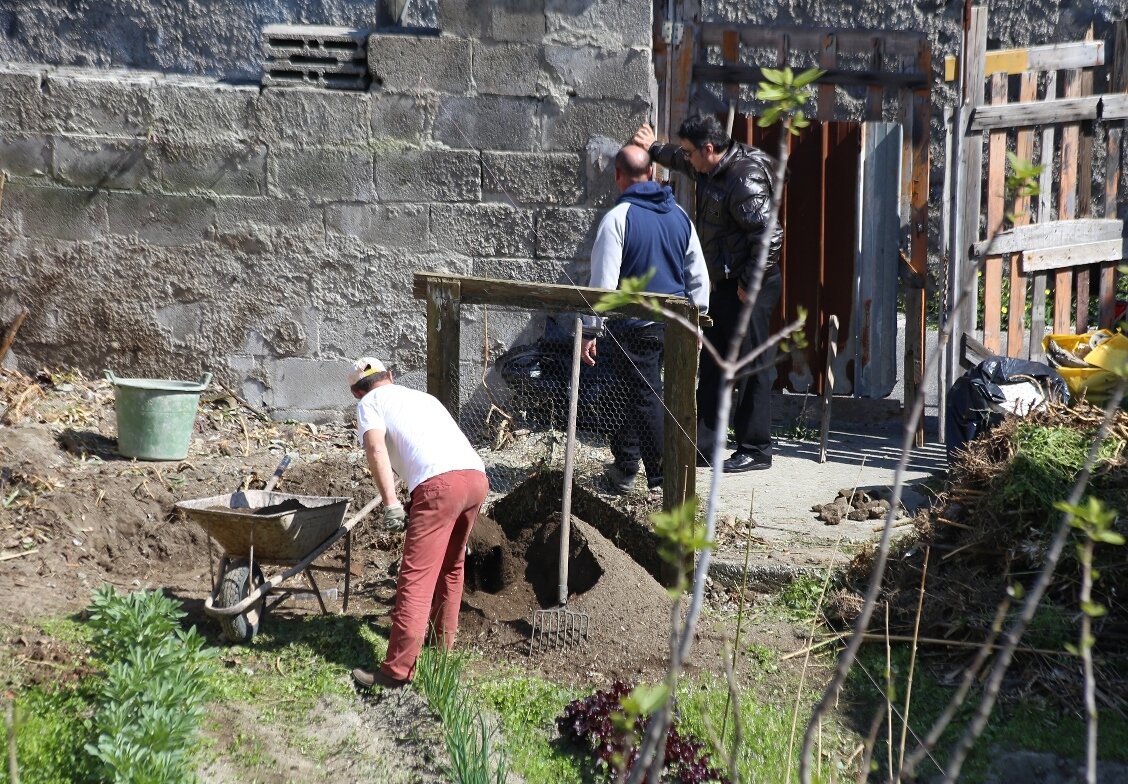 Returning, drew attention to the gates of the houses, decorated with figures of tufa. 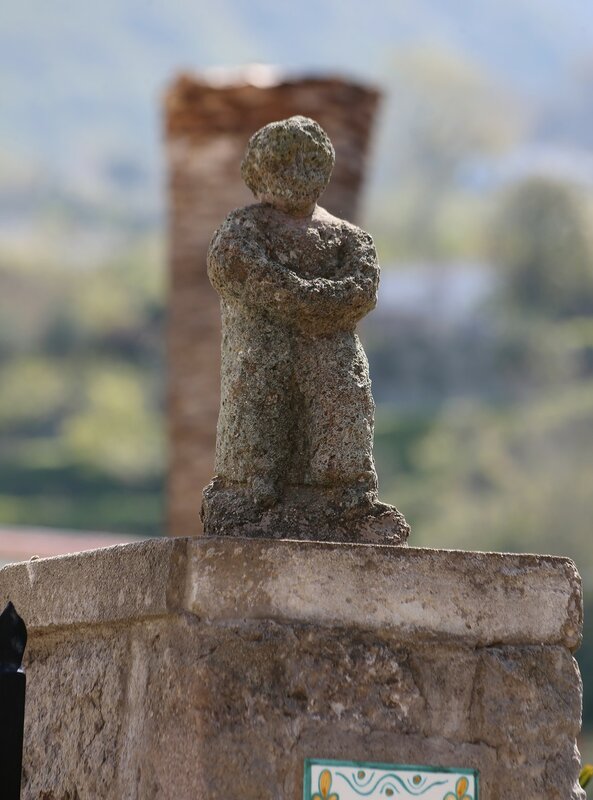 Instead of the usual lions, dogs or gnomes, small sculptures depict people in various poses. 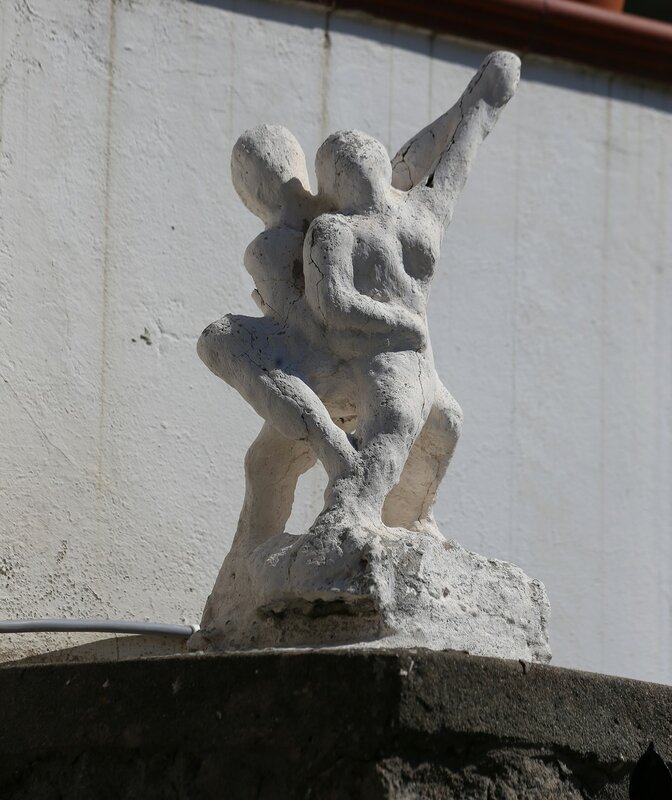