From Naples to Ischia island can be reached in several ways. The most famous and fastest (and most expensive) - on a high-speed boat, it goes about an hour and costs about 20 euros. They depart from the berths of Beverello (Molo Beverello), next to the New fortress. But I had nowhere to hurry, so I chose the second option-went to the island by car ferry from Porto di Massa, located on the other side of the sea terminal. There is another option - from Pozzuoli go ferries to Ischia Porto and Casamicciola. 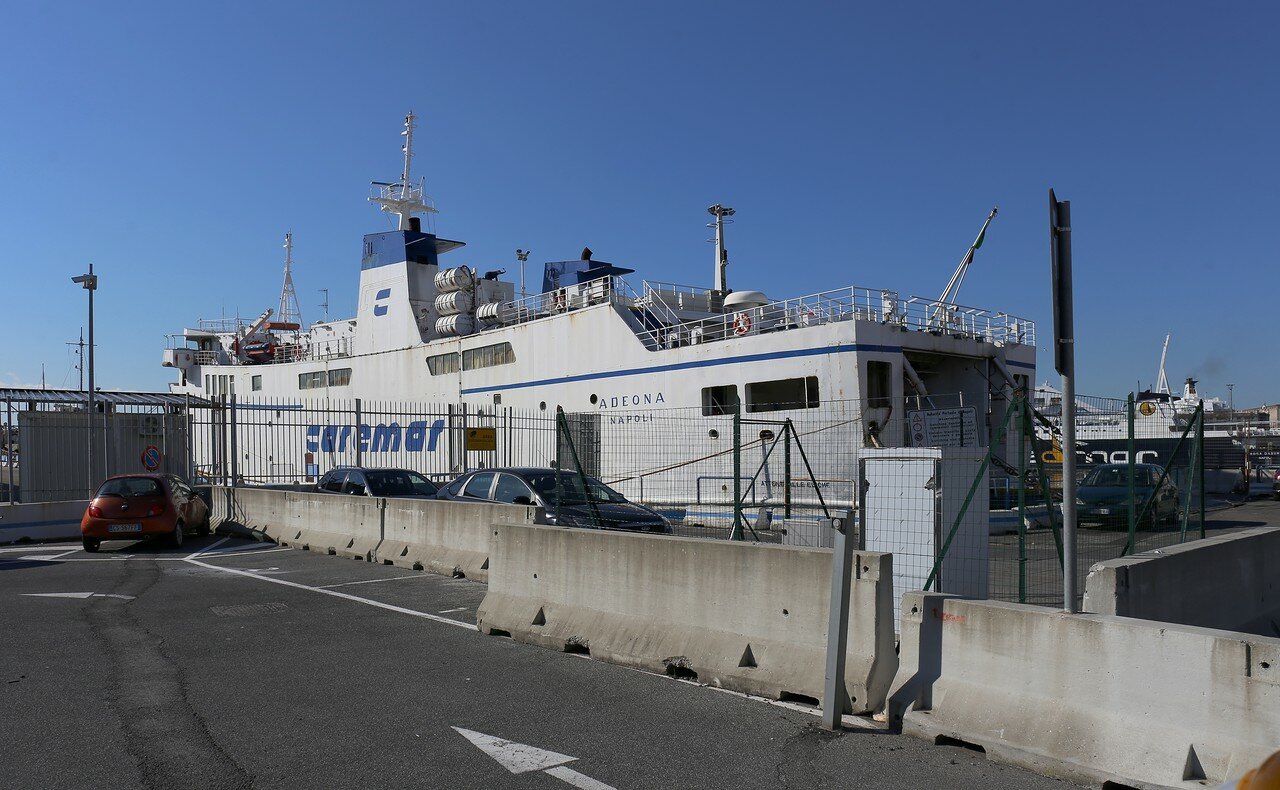 On the Naples-Ischia line work companies Caremar and Medmar. On their websites, you can specify the schedule and pre-buy tickets, but it will cost you more than at the box office, for a passenger seat in the spring of 2015 took for online booking of 4 euros for cars, of course, will be more. I think this is true for the high season, but in early April I came 30 minutes before departure, and without any queue bought a ticket (11 euros with a penny). My ferry Rosa D'abundo company Medmar already stood at the pier with an open landing ramp, but there was no visible no passengers, no cars. 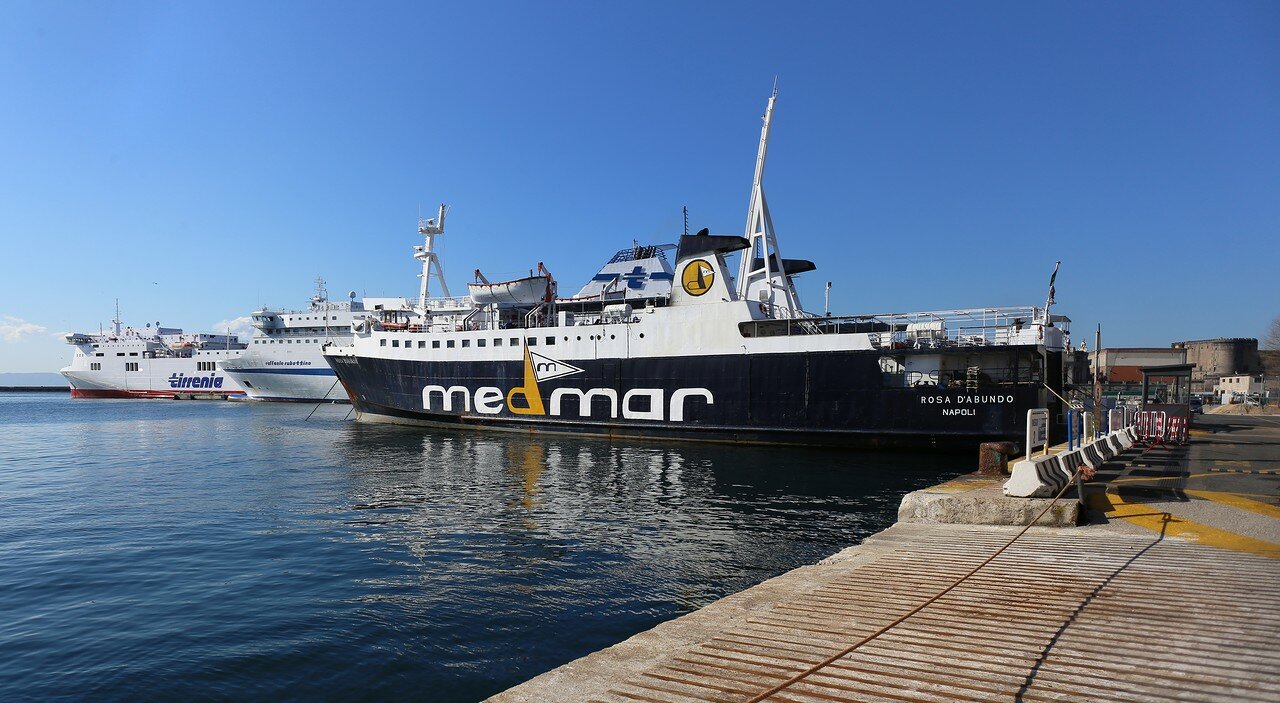 In 10 minutes before departure boarding began. 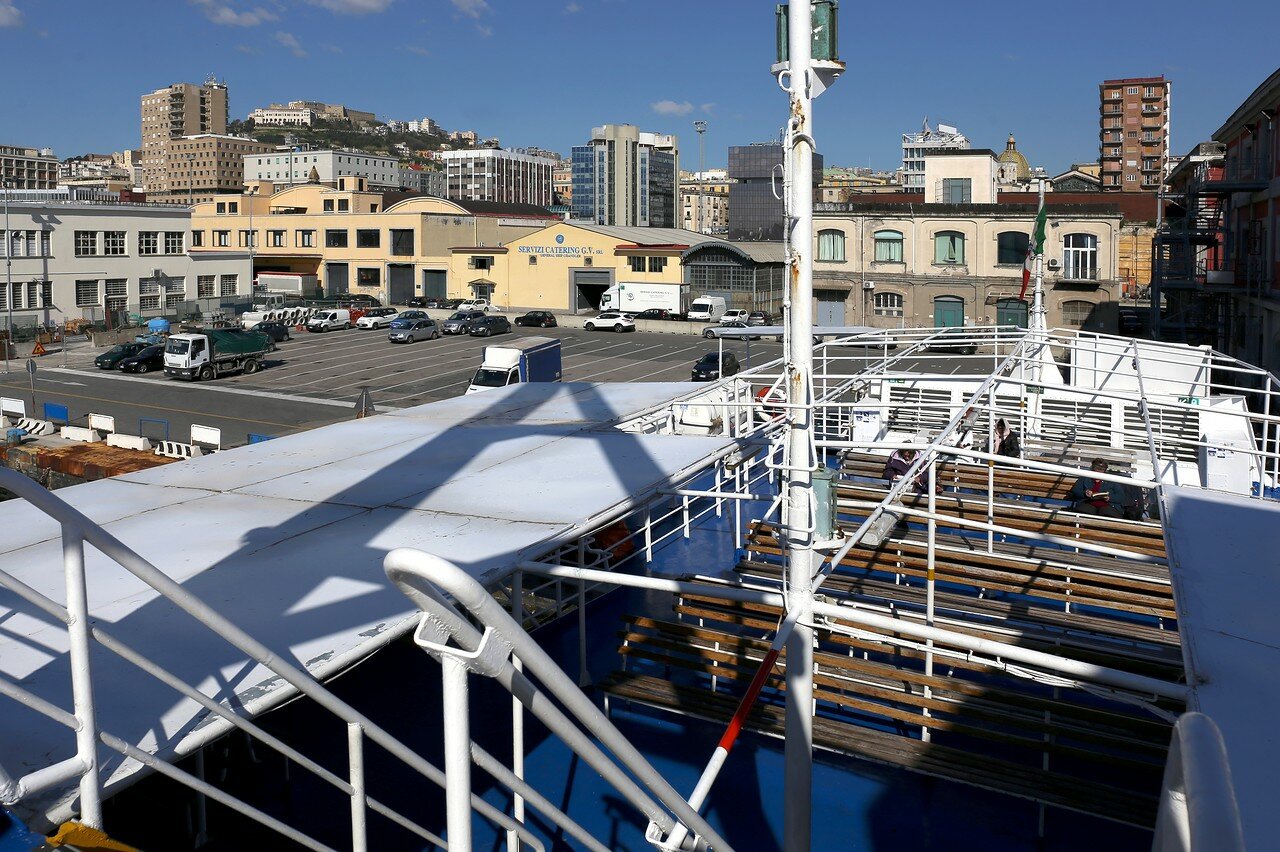 To begin, I climbed to the upper deck and looked down lens views of the Marina.

I looked into a completely empty salon, accommodating up to four hundred passengers. My fellow travelers on this flight was only twenty people and not one car. 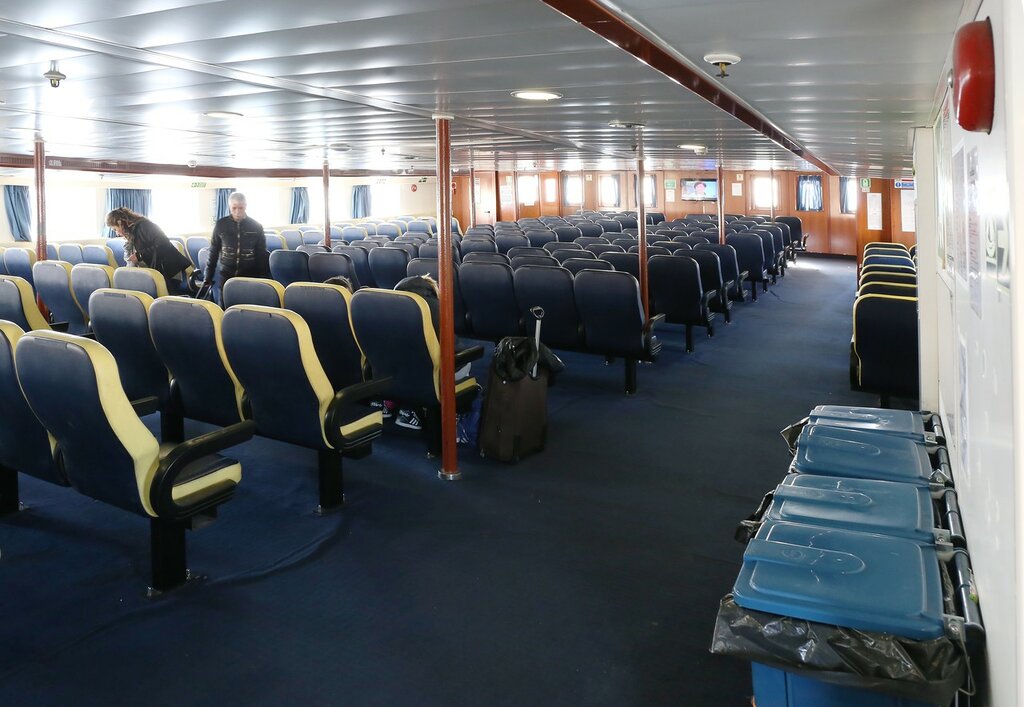 Checked the comfort seats - the distance between rows was spacious - you can easily stretch your legs. To services of passengers there is a snack bar with coffee and other beverages. 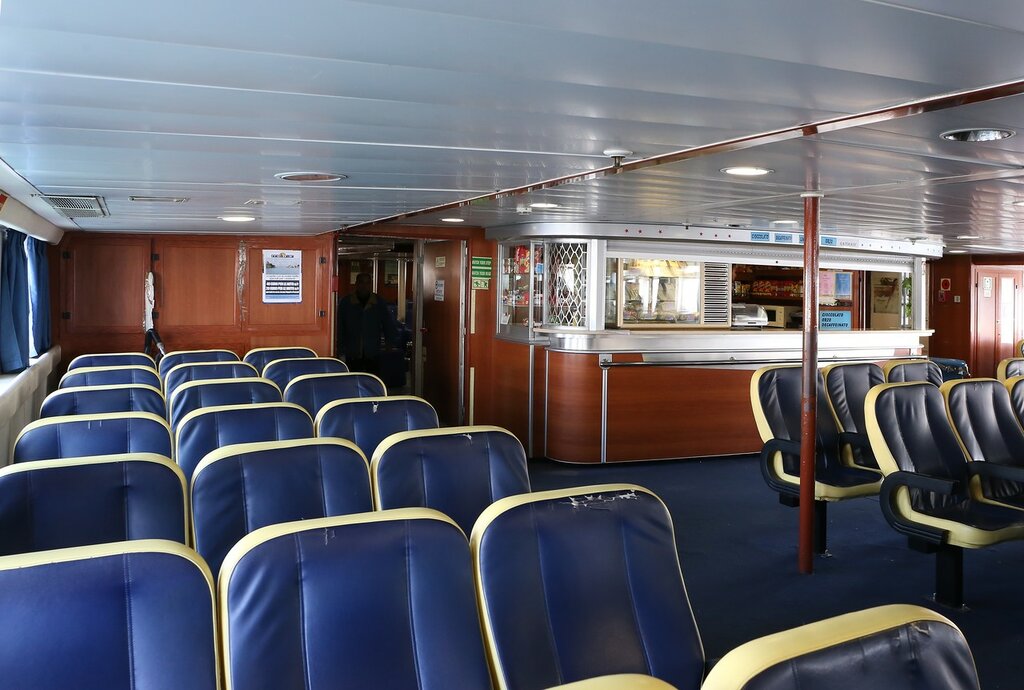 Behind a buffet there is a small gambling zone where there is half a dozen "one-armed bandits". Someone has already decided to try their luck. 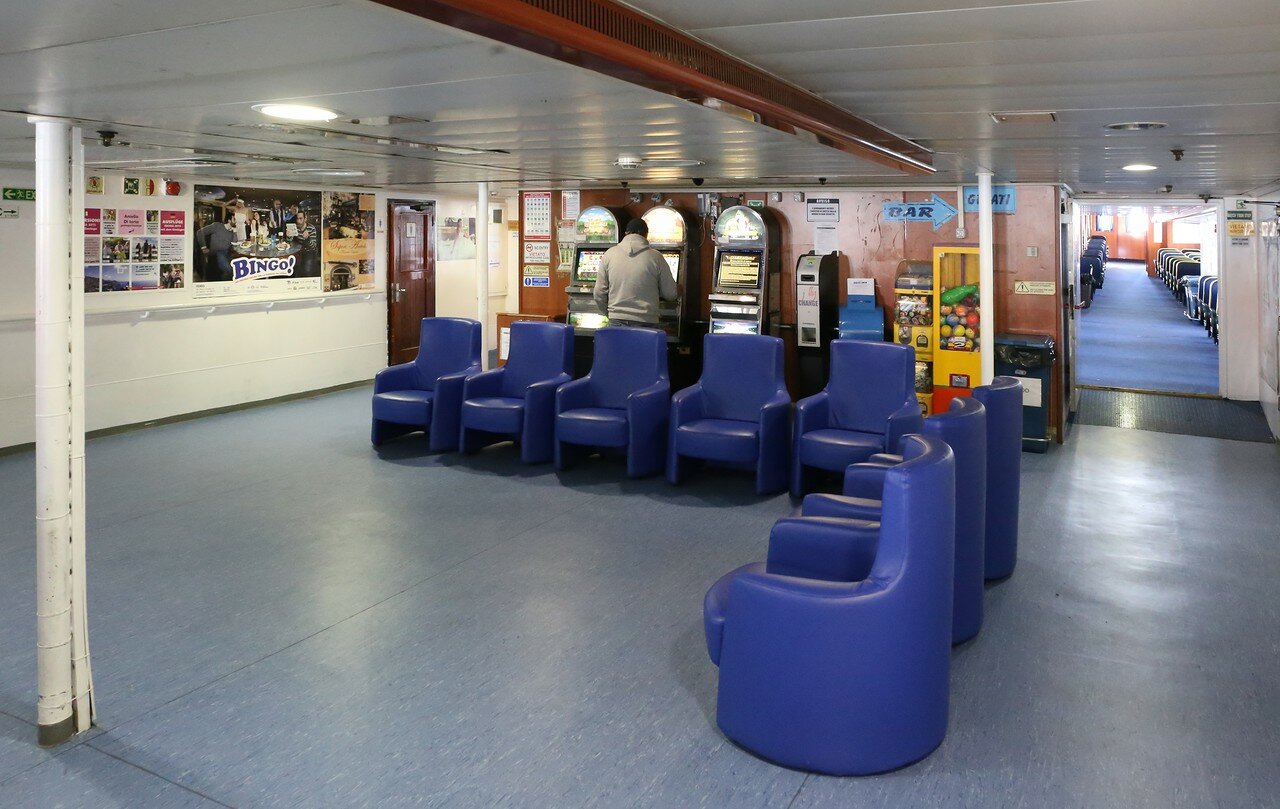 In anticipation of departure, I began to look through the telephoto lens the fortress of St. Elmo, dominating over the city. 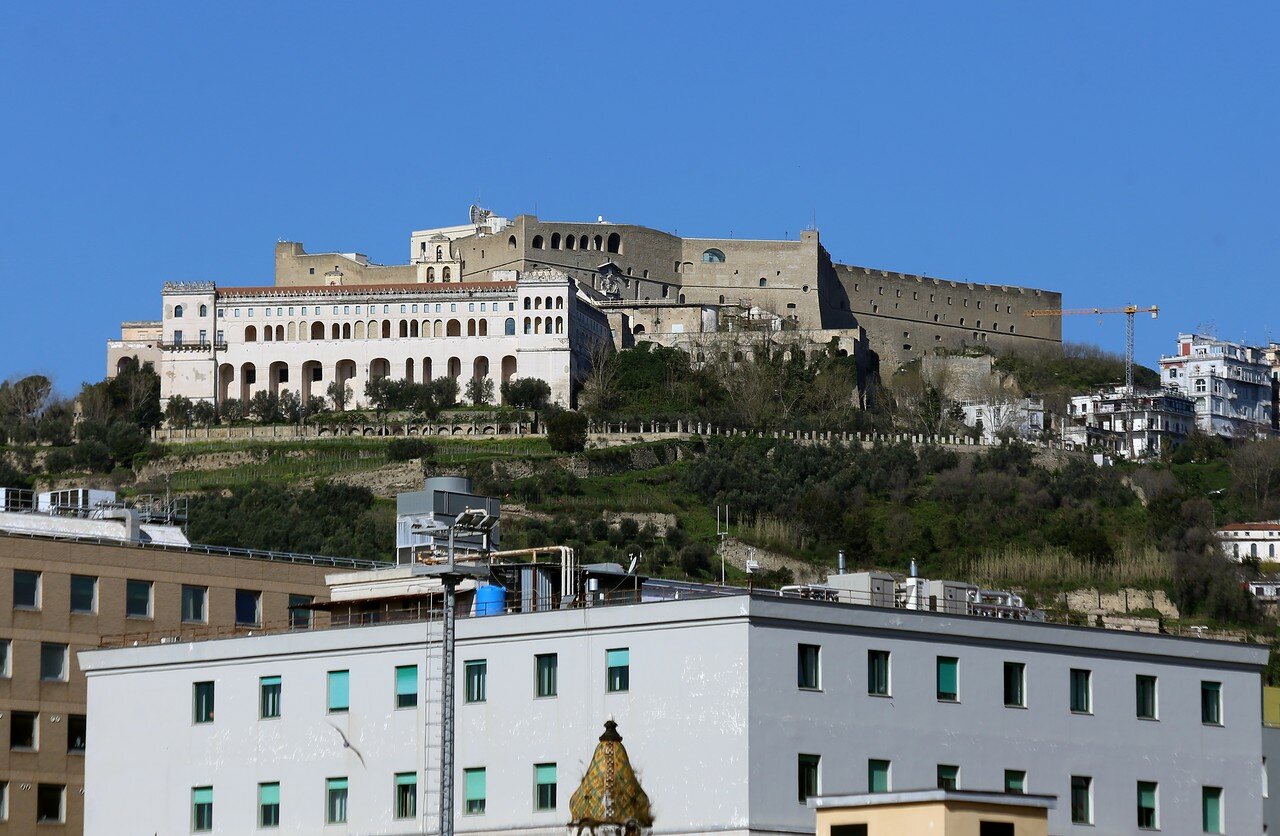 The dome of the Church of San Pietro Martire, covered with bright ceramics. By the way, in the city it is almost impossible to see. 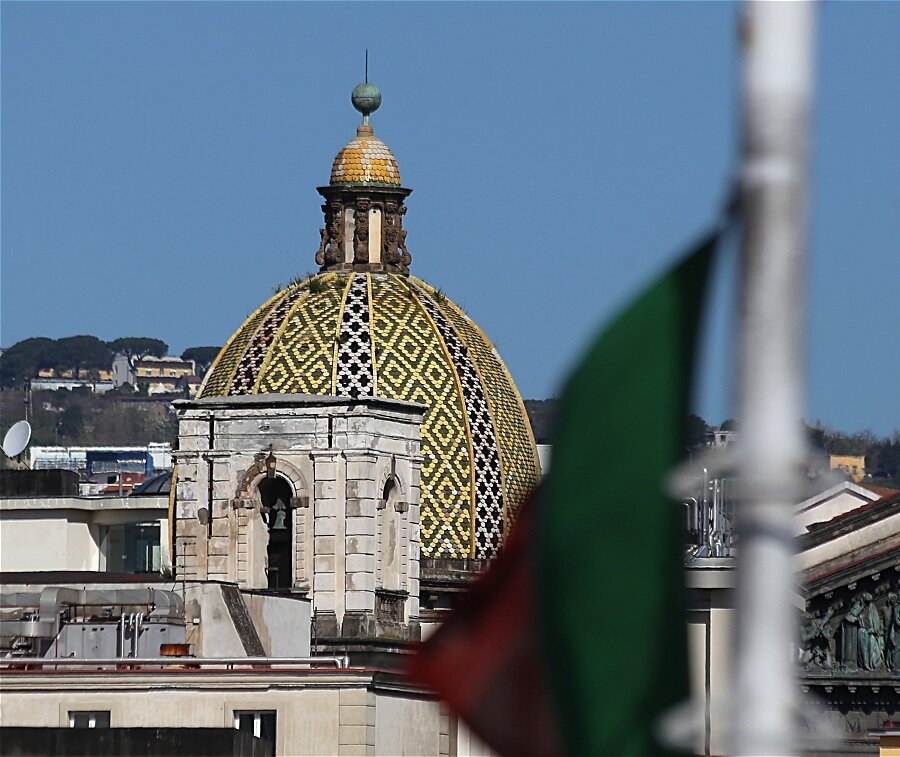 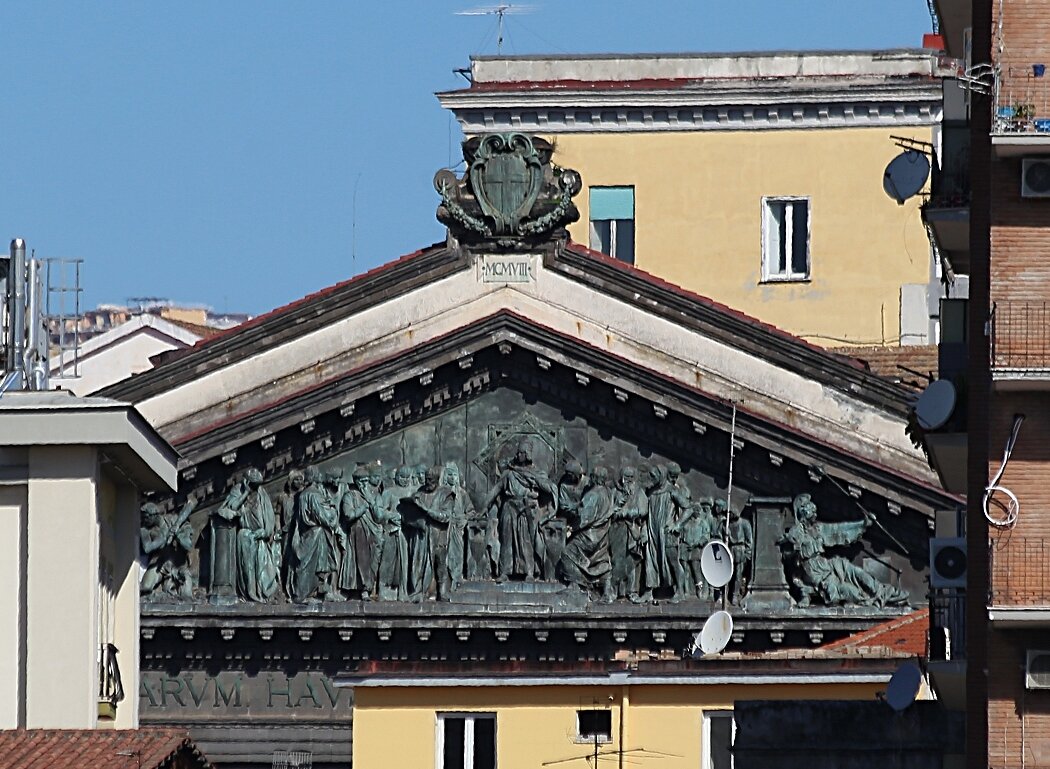 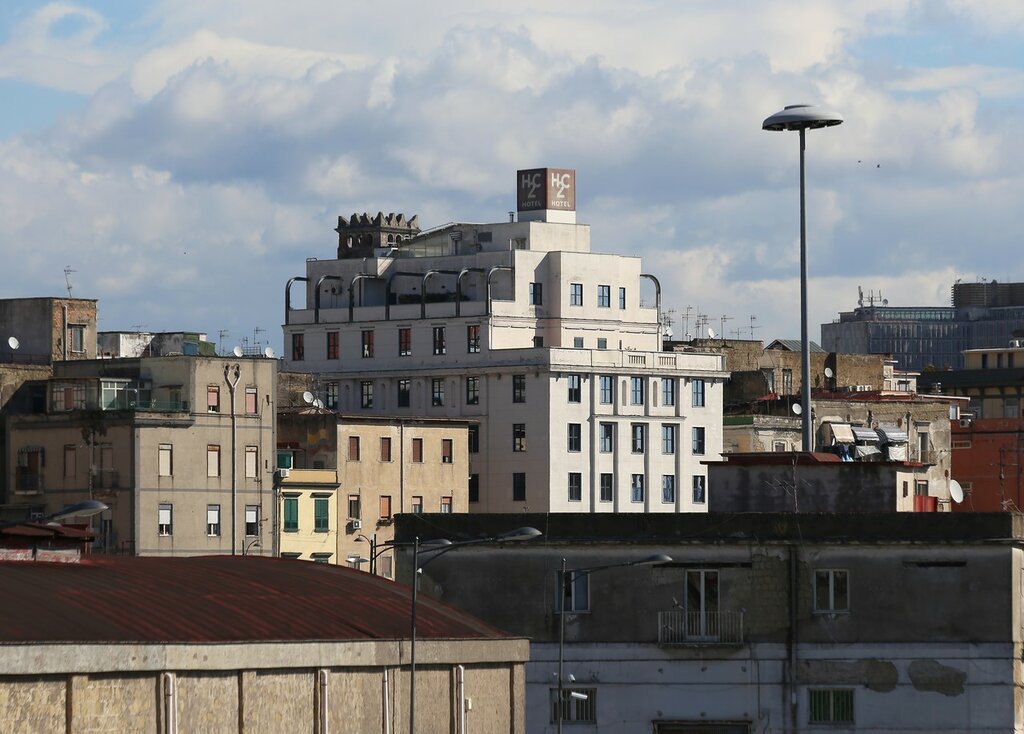 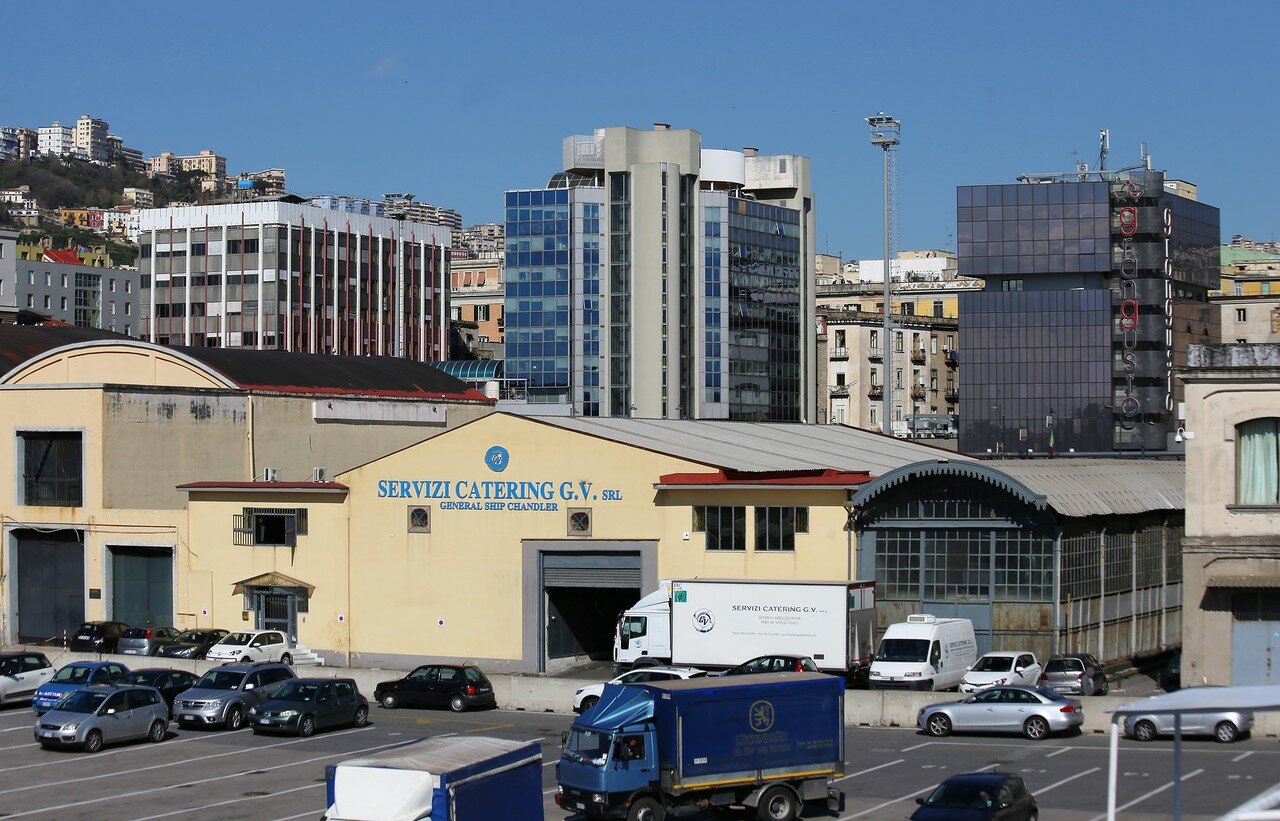 Don't be afraid, it's the same plane, just two frames glued together by the Hugin program. Although the Airliners come in for a landing right over the city centre every 30-40 seconds. 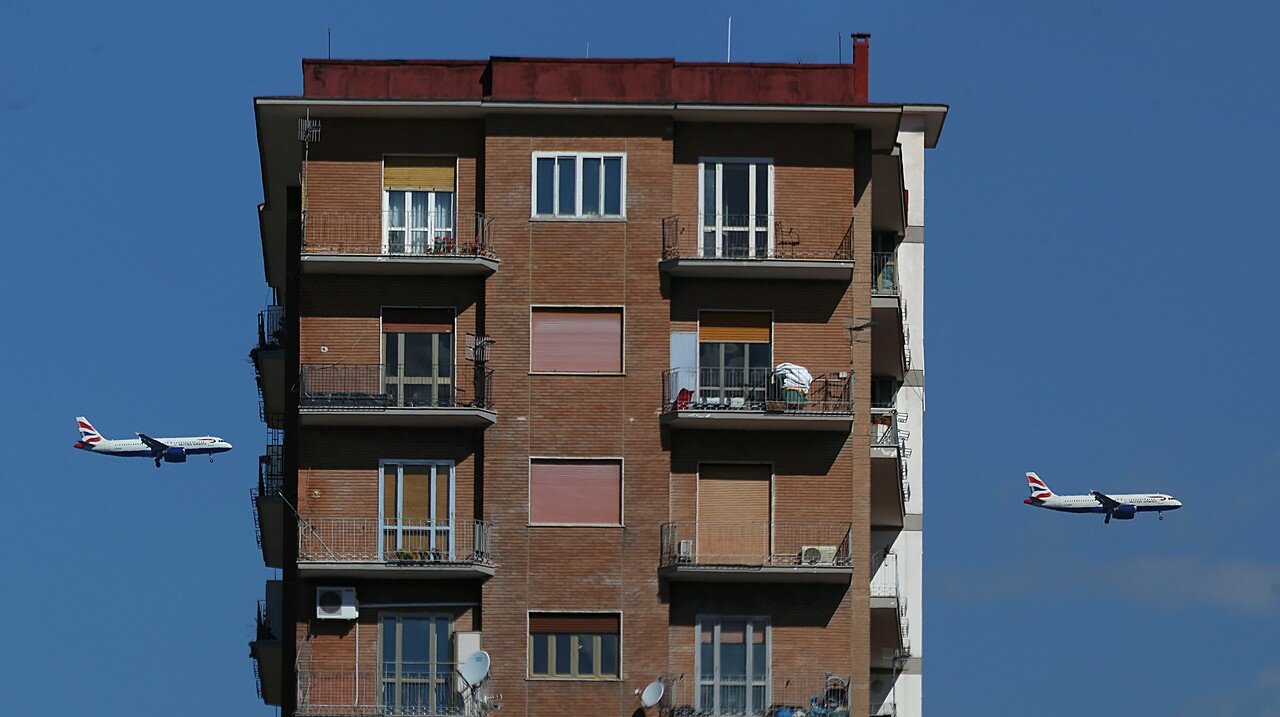 Finally, ferry went to in flight. Did not look at the watch, but it seems that without delay, which is rumored to Italy is not the norm. 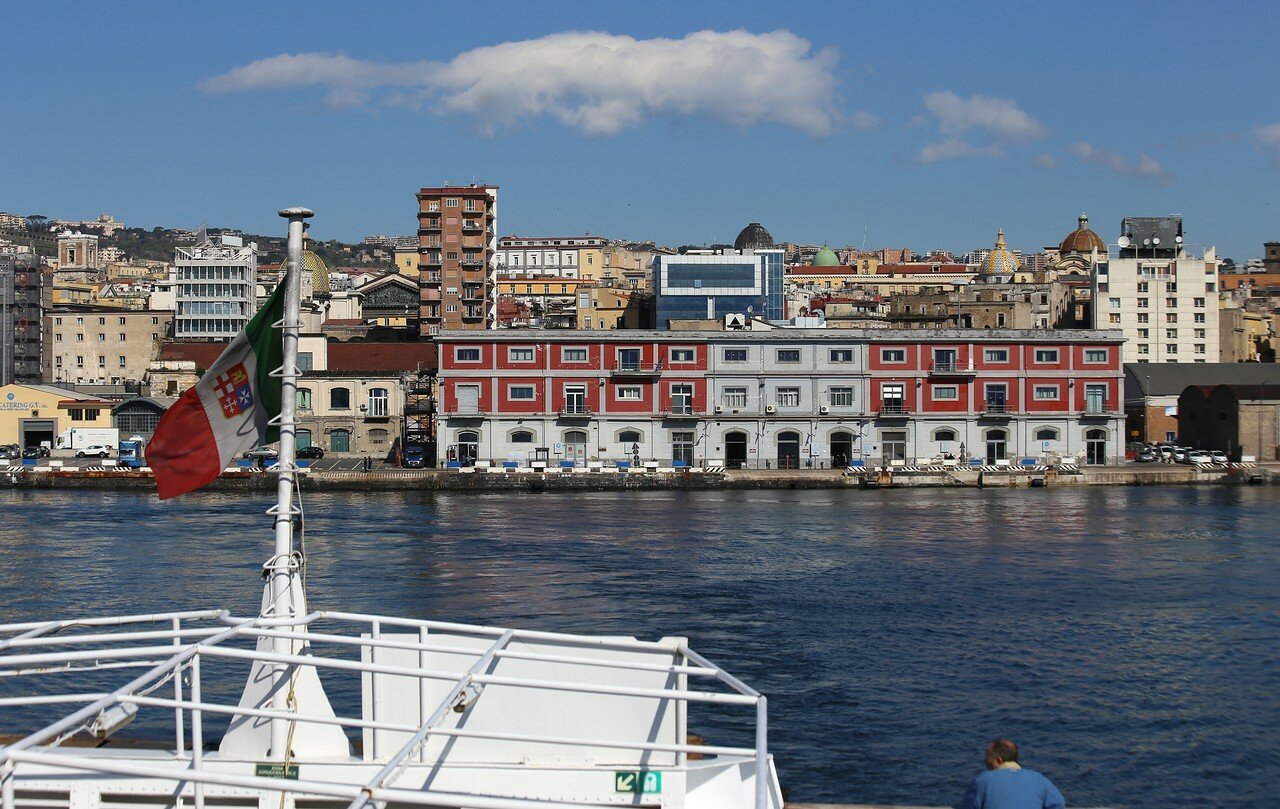 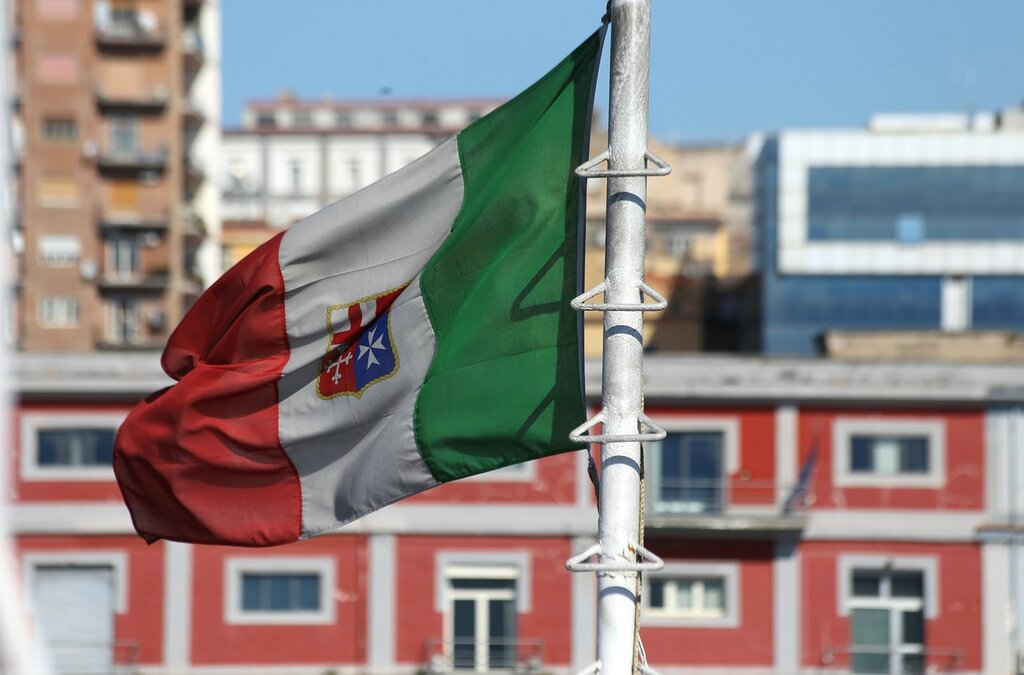