Our ferry left the pier Calata Porta di Massa and headed to the exit of the harbour. 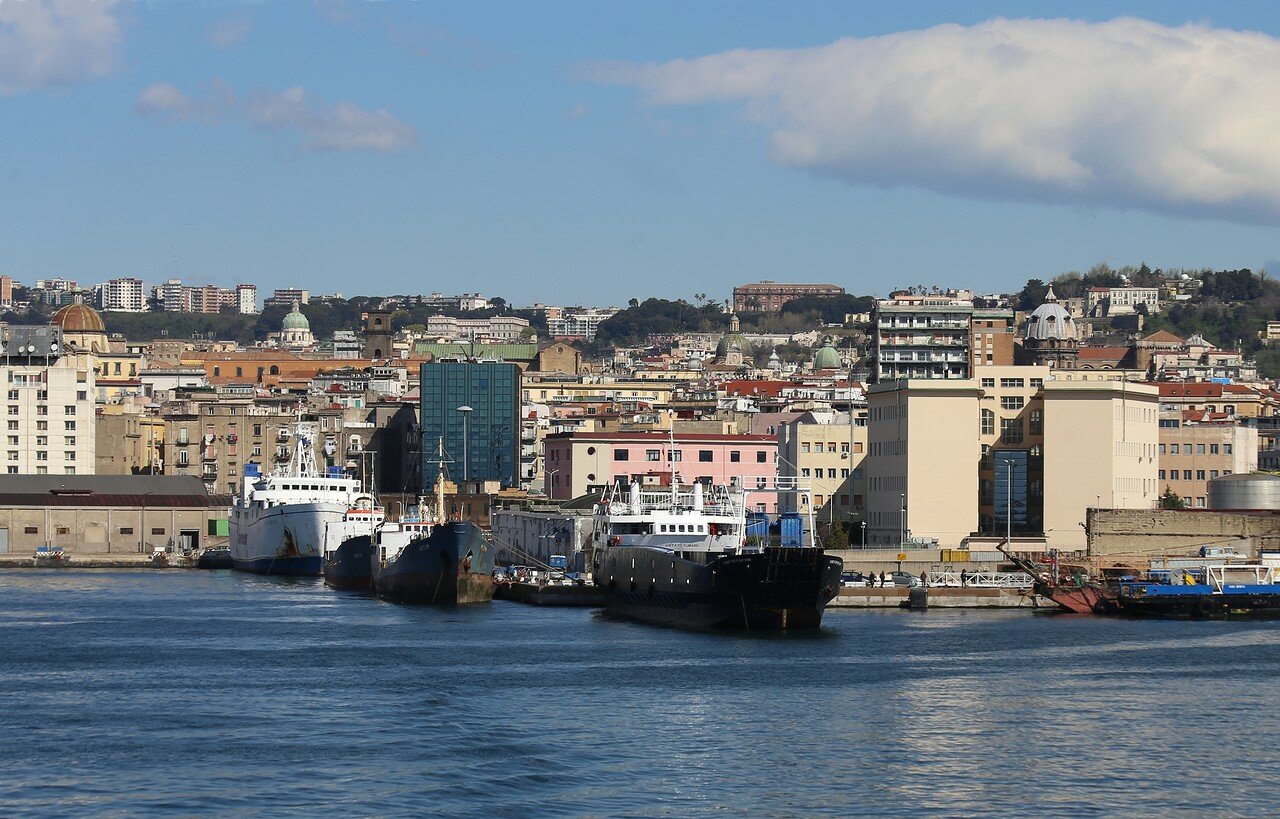 To the left of the ferry pier, which runs along the Gulf of Naples, there are terminals of sea lines. 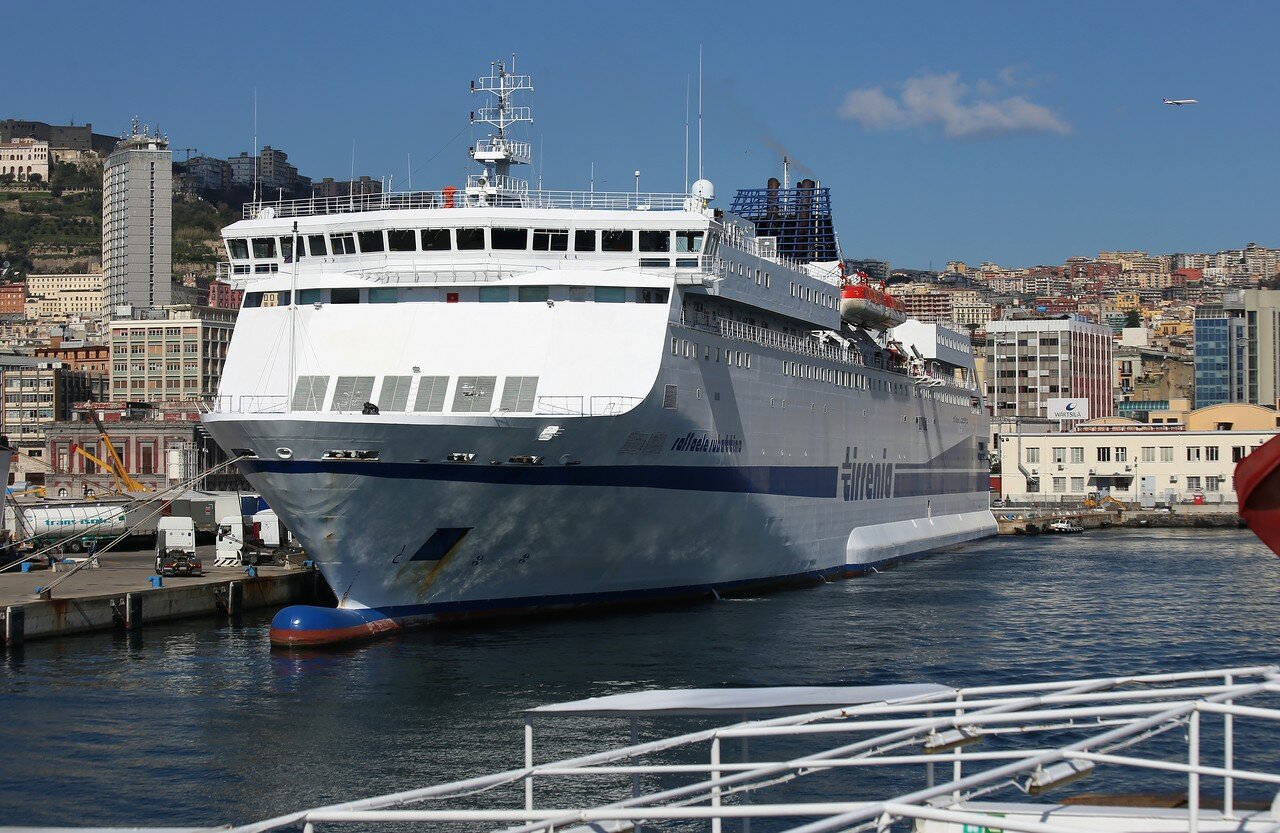 Tirrenia ferries operate from Naples to Palermo and Naples to Cagliari. 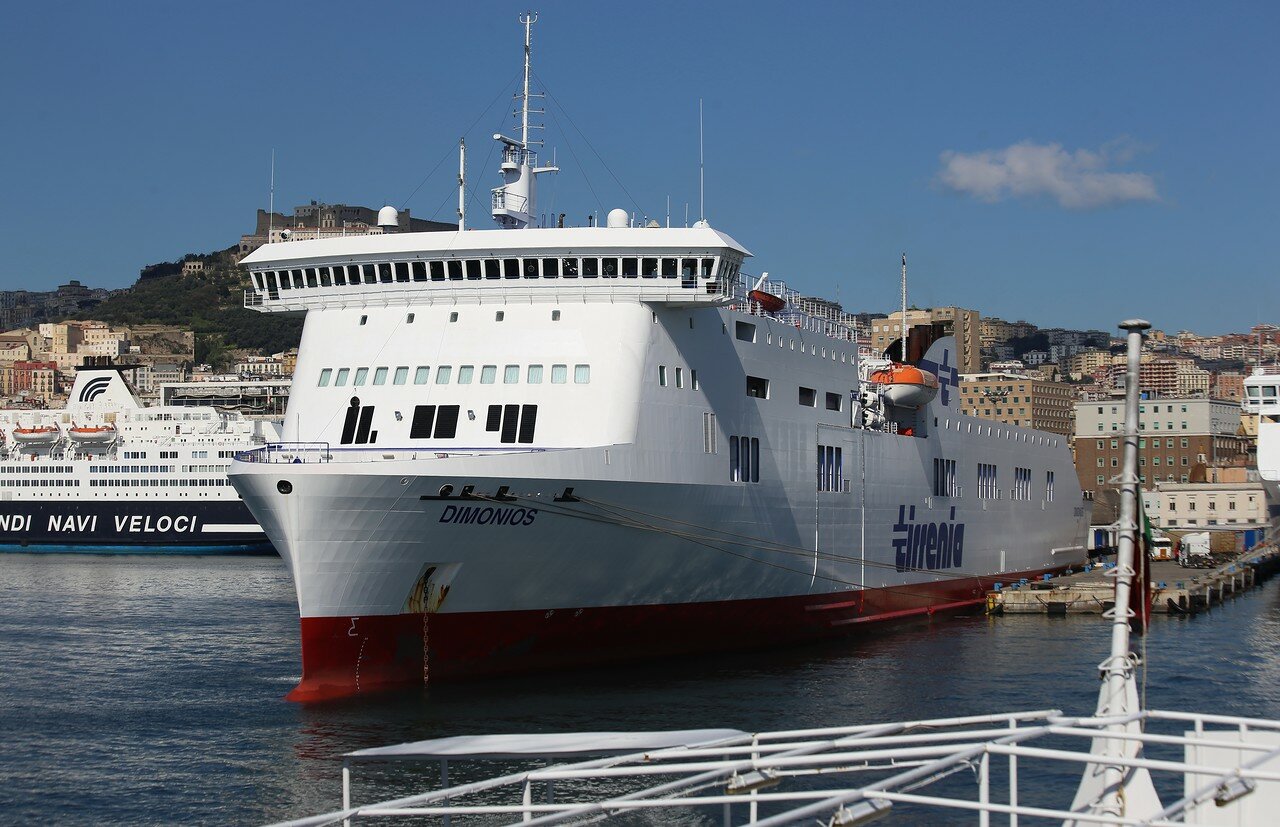 The company Grandi Navi Veloci ("big fast ships") really justifies its name - the ferries go to Palermo in just 10 hours, and make two flights a day - day and night. The court of competitors going on 2 hours longer and only at night. The cost of the ticket on both lines is about the same, the cheapest, "deck space", costs about 50 euros. 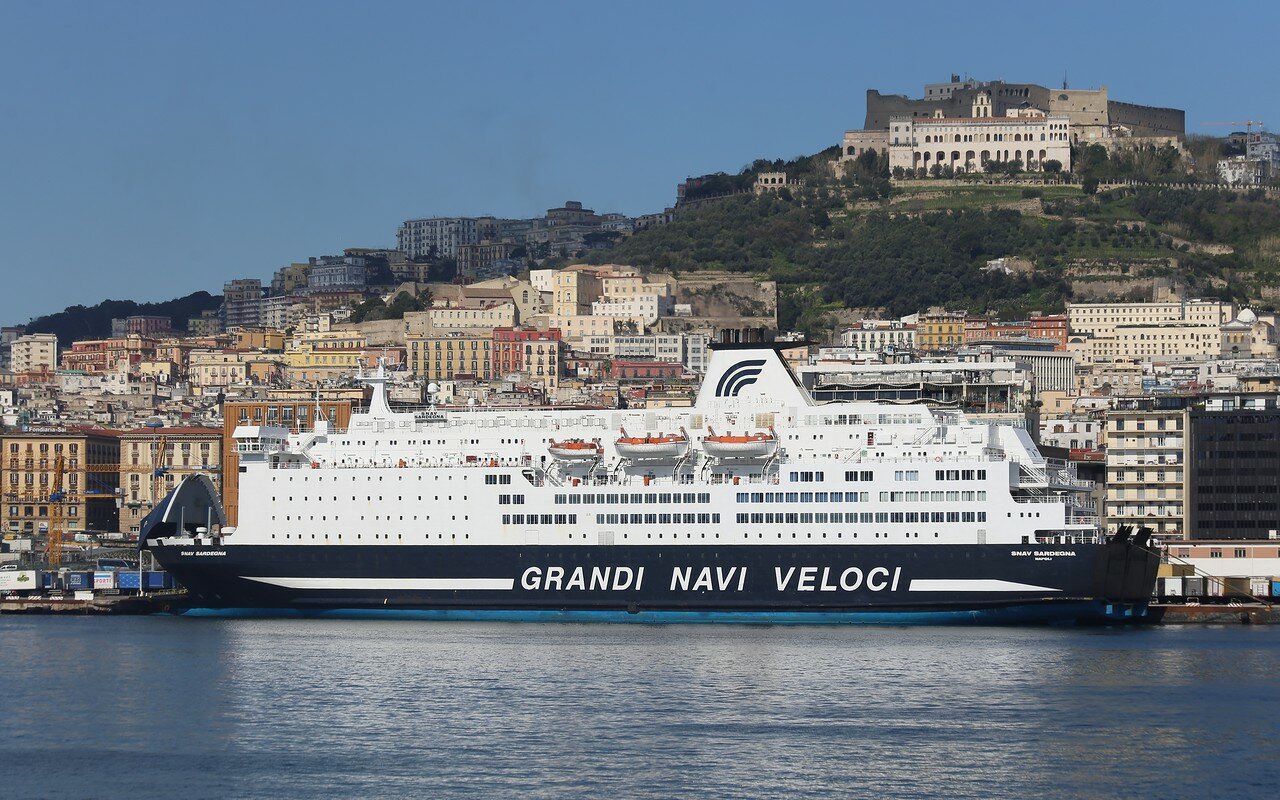 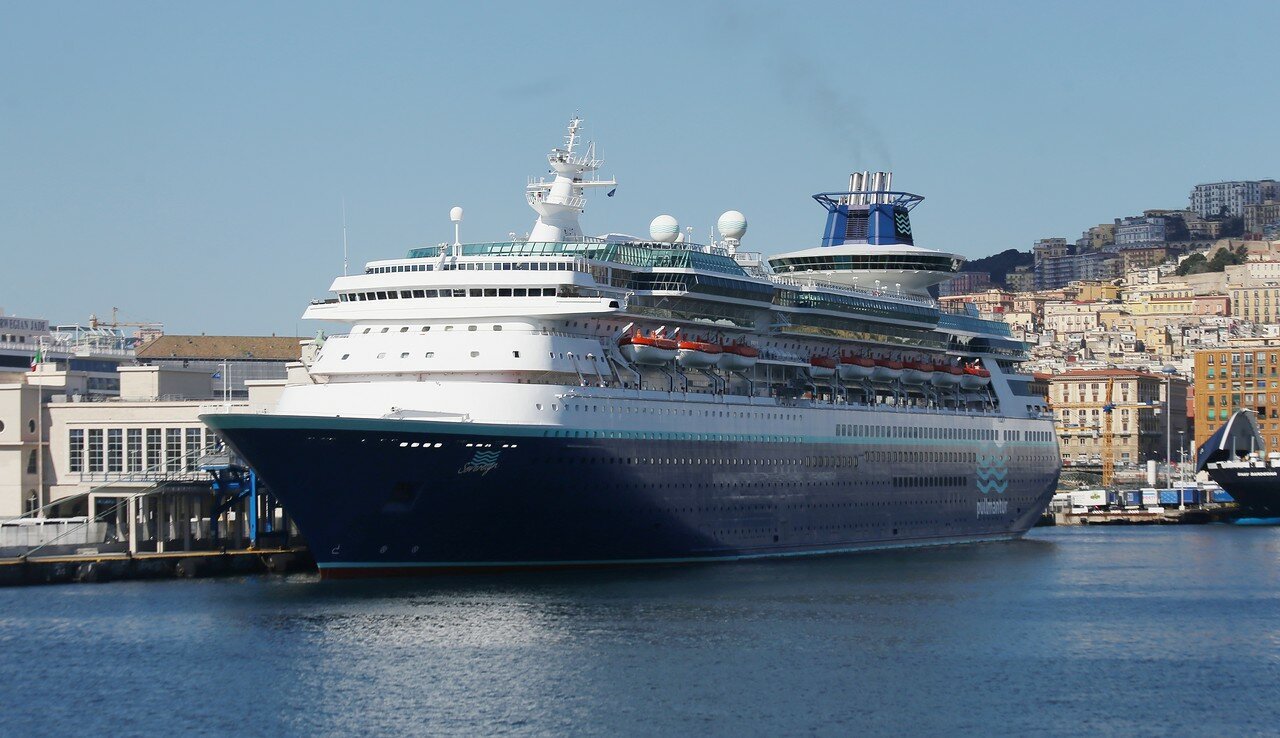 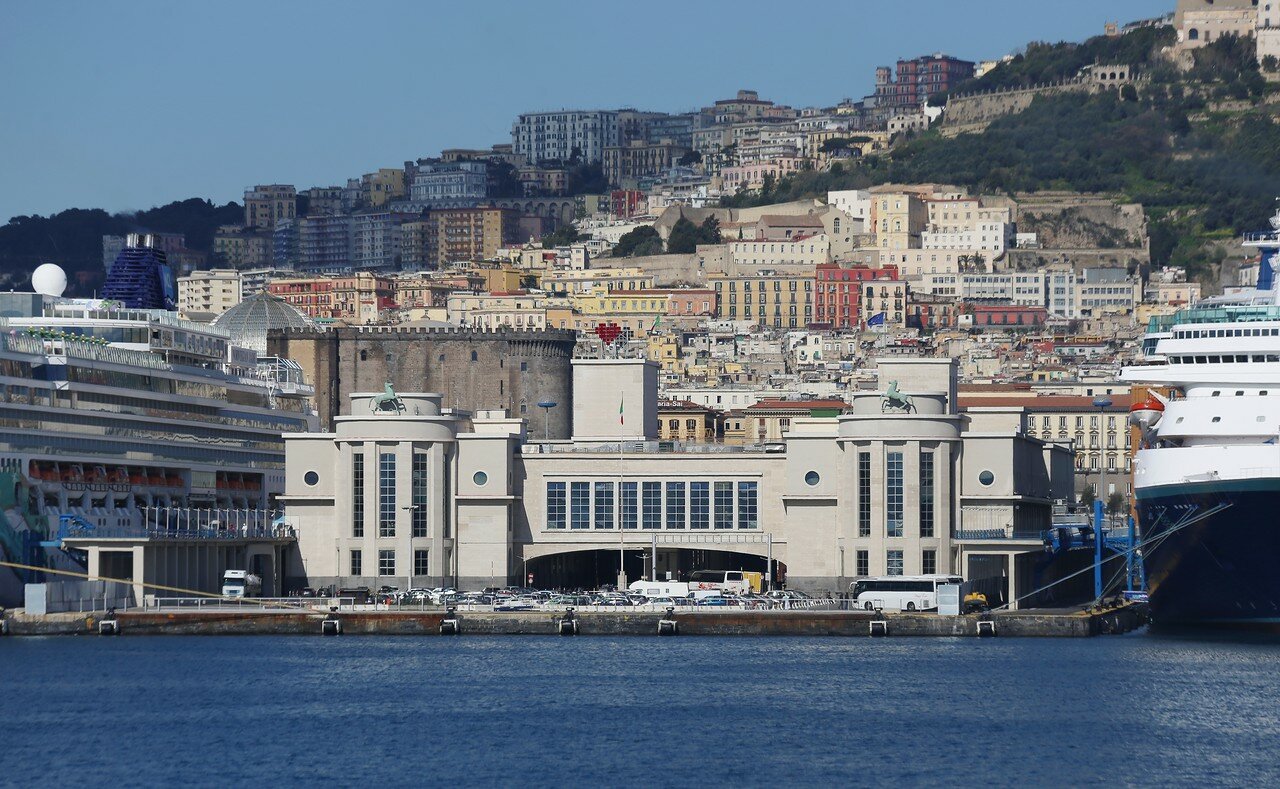 On the other side of the sea terminal stands Norwegian Jade Norwegian cruise lines (NCL). 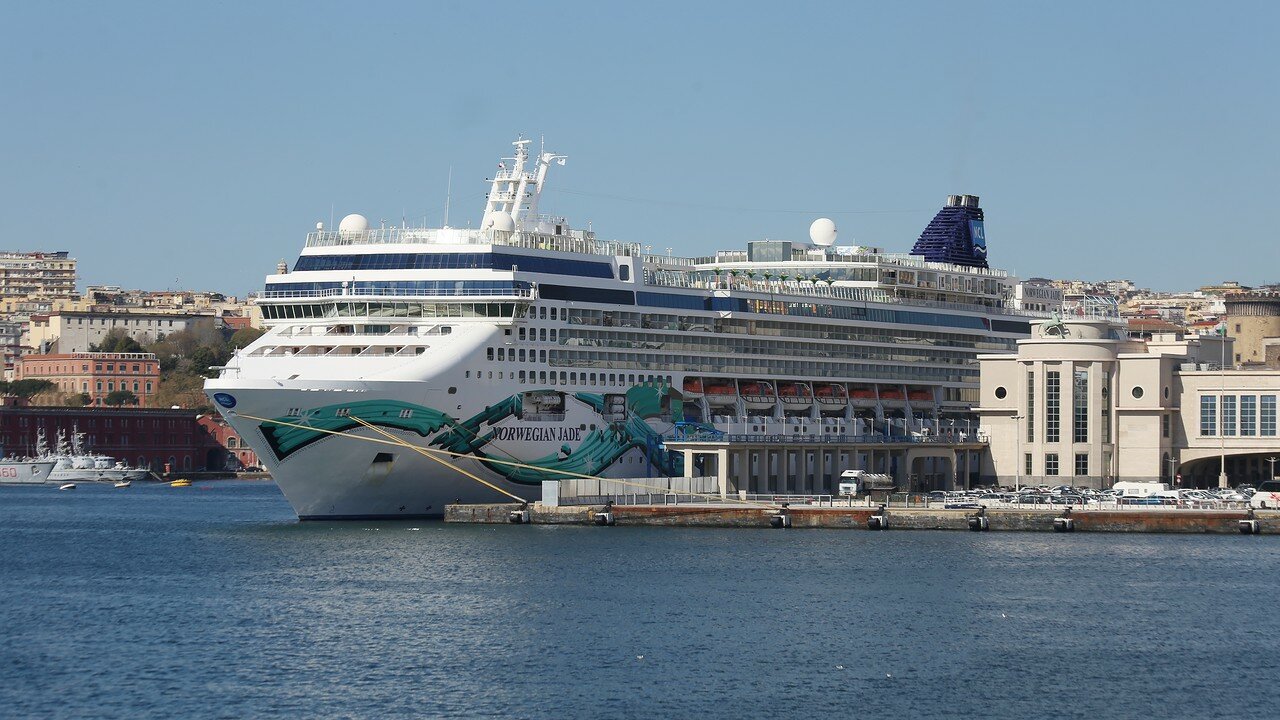 Panorama of the passenger port.

We go beyond the pier Porto di Massa. The Eastern part of the port is occupied by a bulk cargo terminal - on the shore of a large Elevator and loading racks. On the right you can see the bell tower of the Church of Santa Maria Carmine, covered with scaffolding. 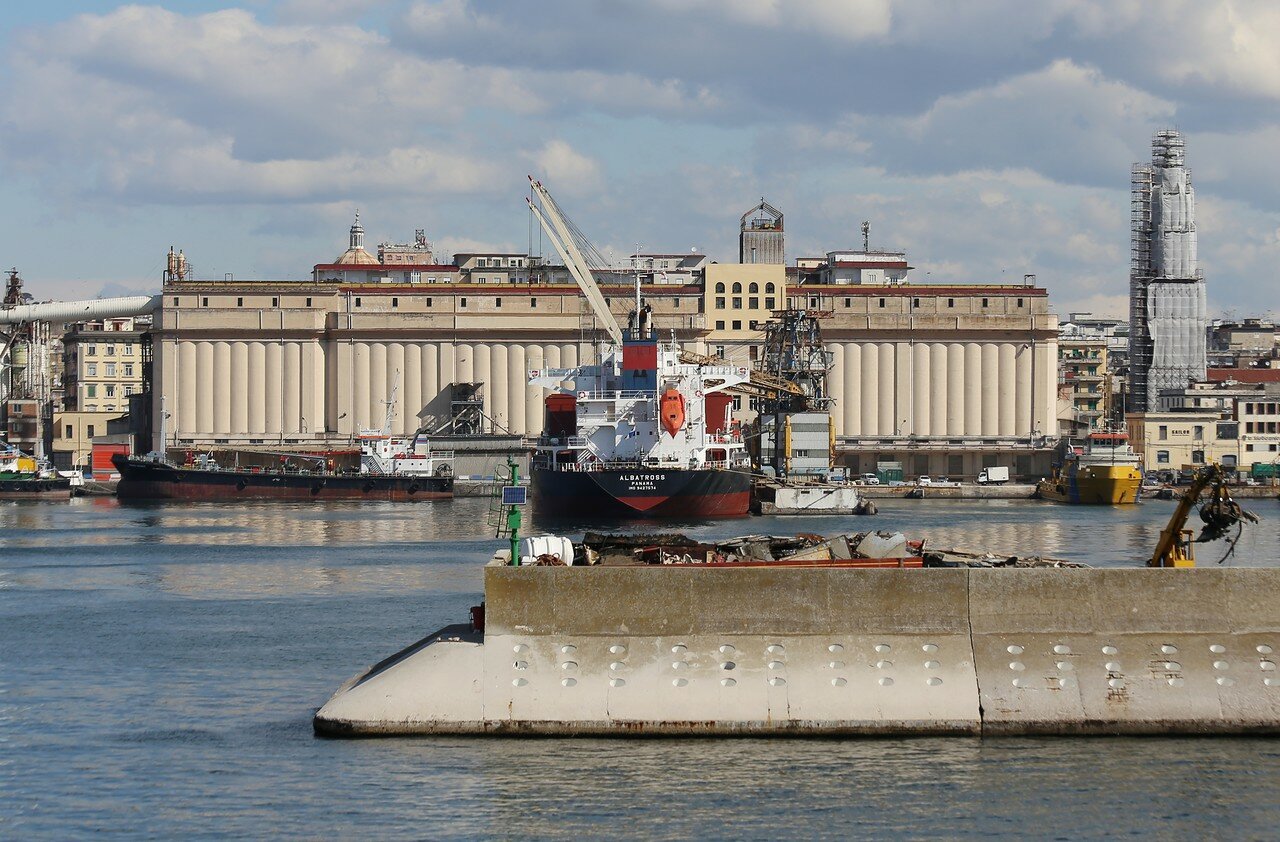 To the East is the area of repair docks. 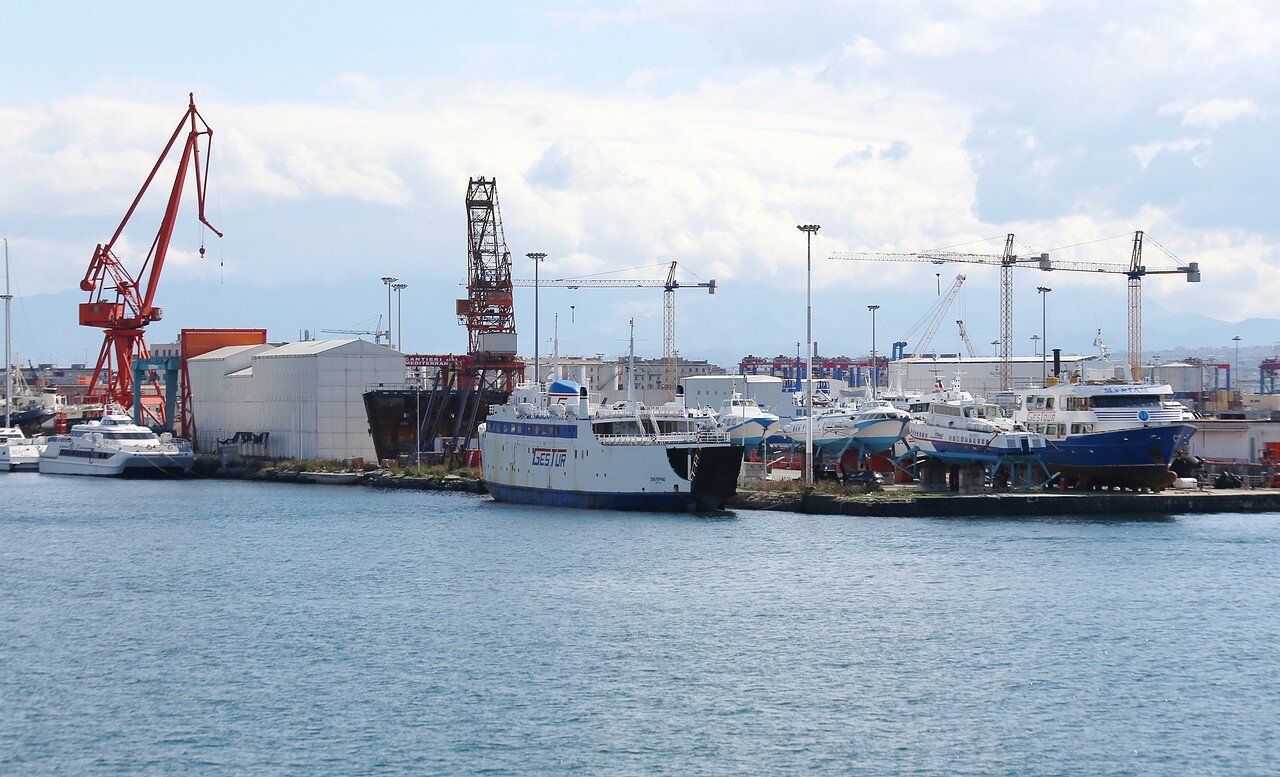 On the pier, waiting for the tourist season, there are high-speed ships, including hydrofoils. 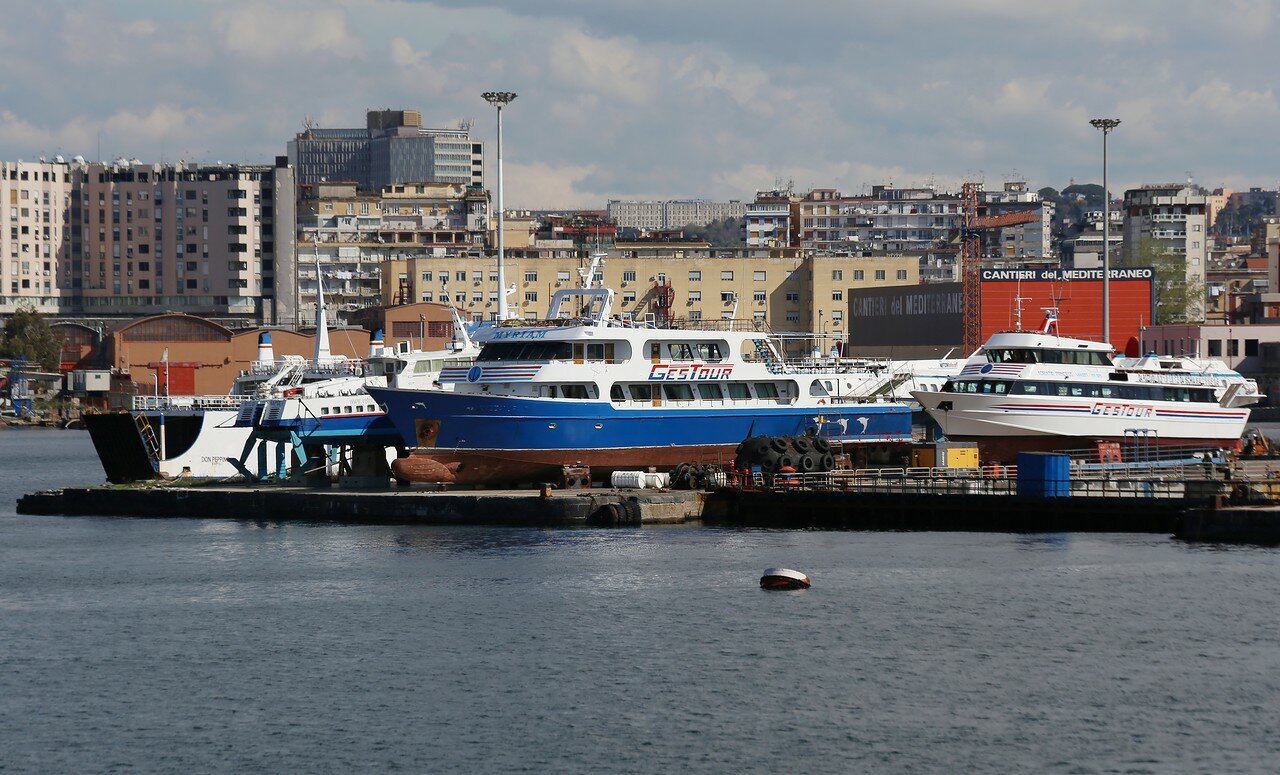 Among them I found two boats of the Soviet production - "Katran" and "Comet". In Italy, hydrofoils are used in large quantities, and in Russia they are somehow declared unprofitable. 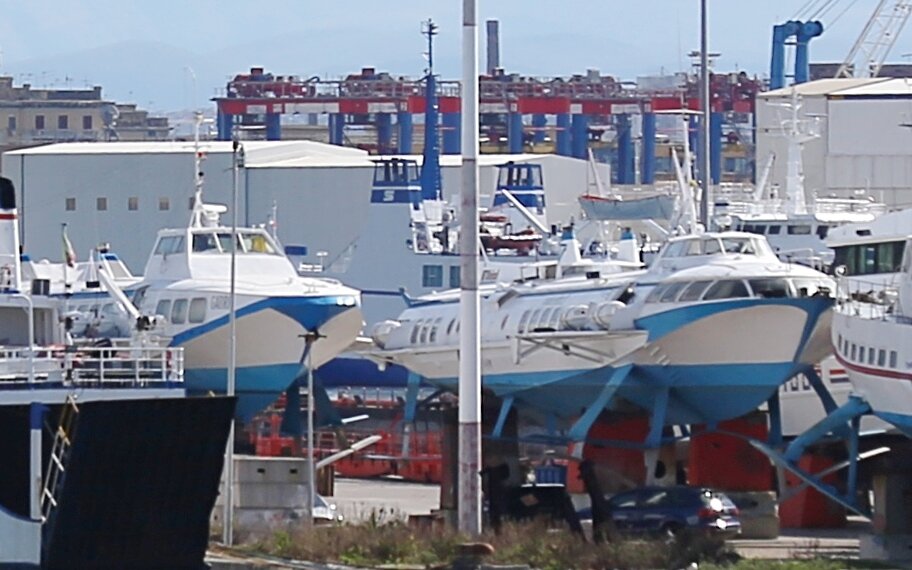 At the repair wall there is a large cruise liner, unfortunately, I do not see the name. Looks like he's getting smoke pipes renewed. 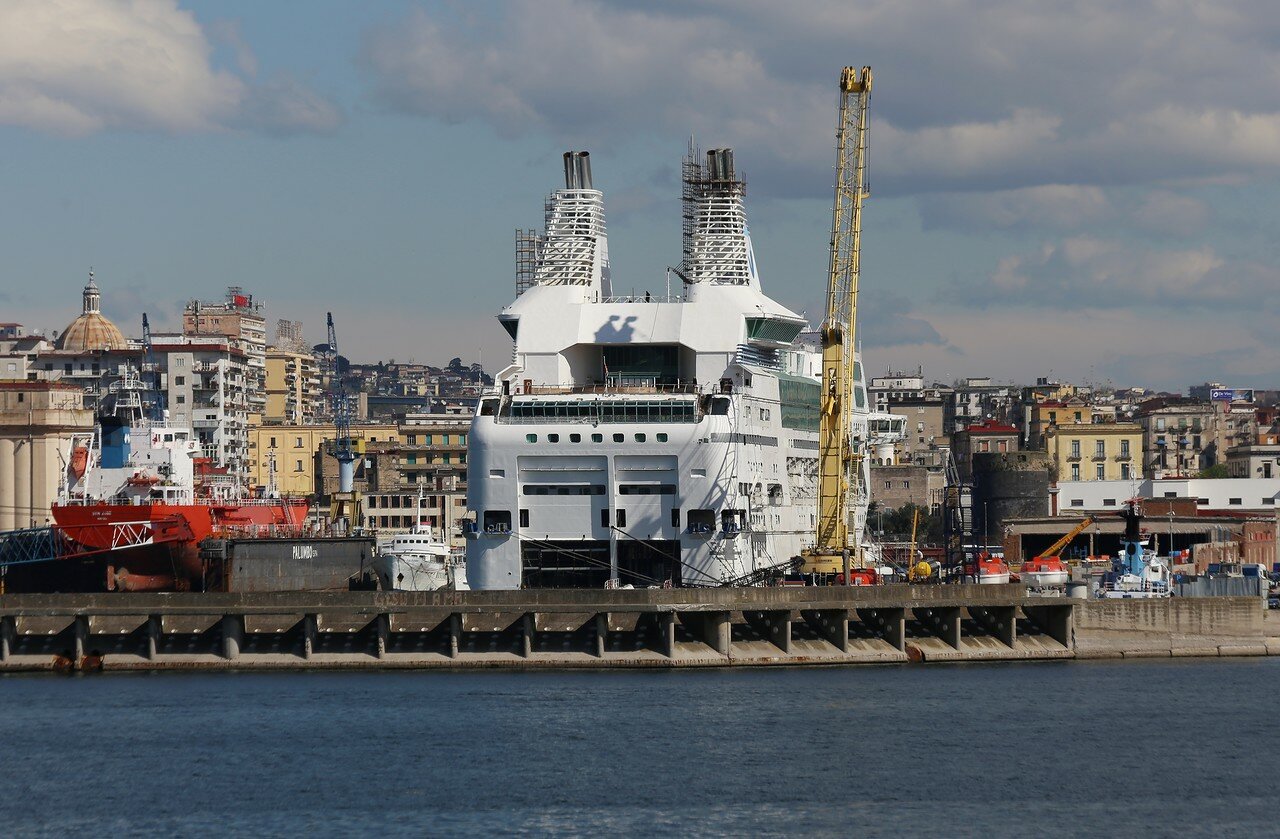 Behind the docks are the towers of the Business center, built in 1995 by the Japanese architect Kenzo Tange. 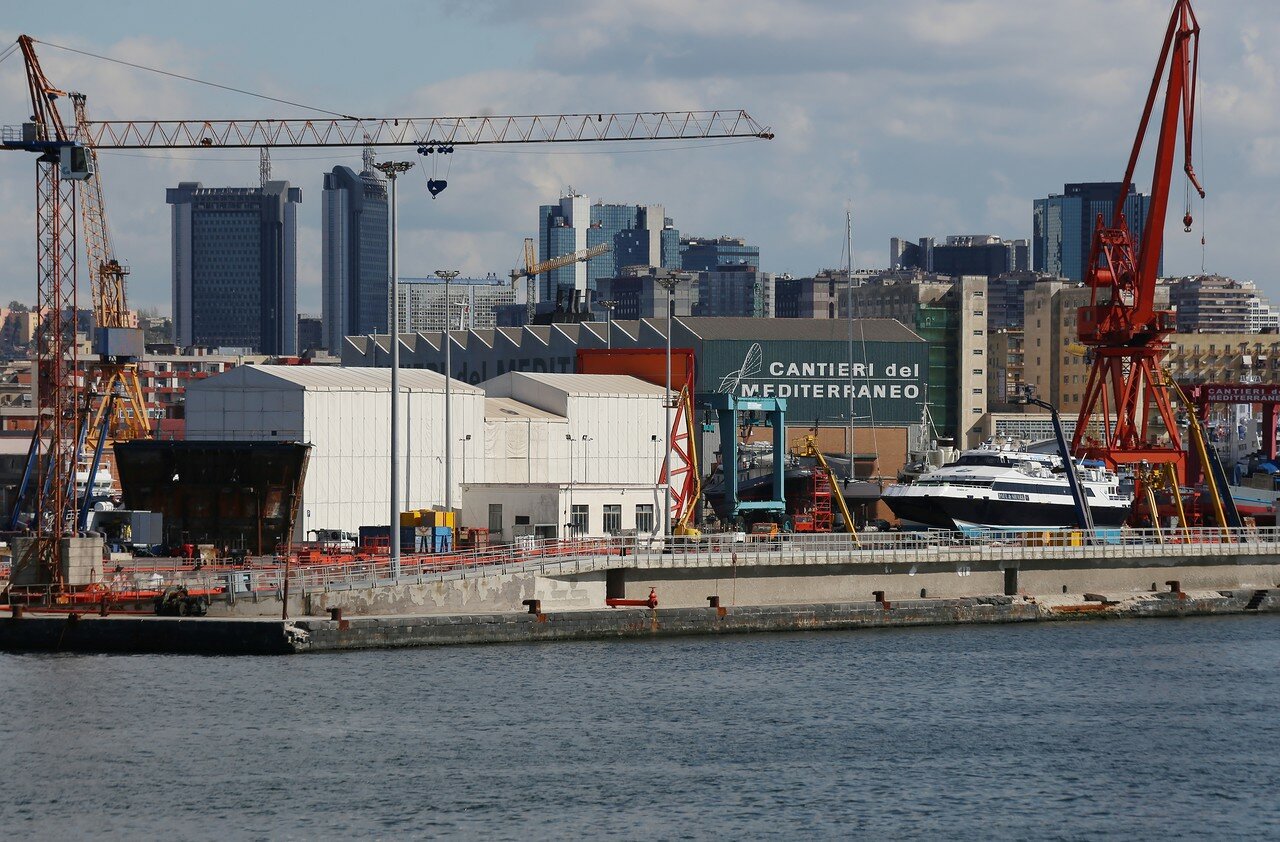 South Naples port separated from the sea by a pier of San Vincenzo, which stretches for two kilometers. Closer to the shore is the old marine Arsenal, owned by the Italian Navy. 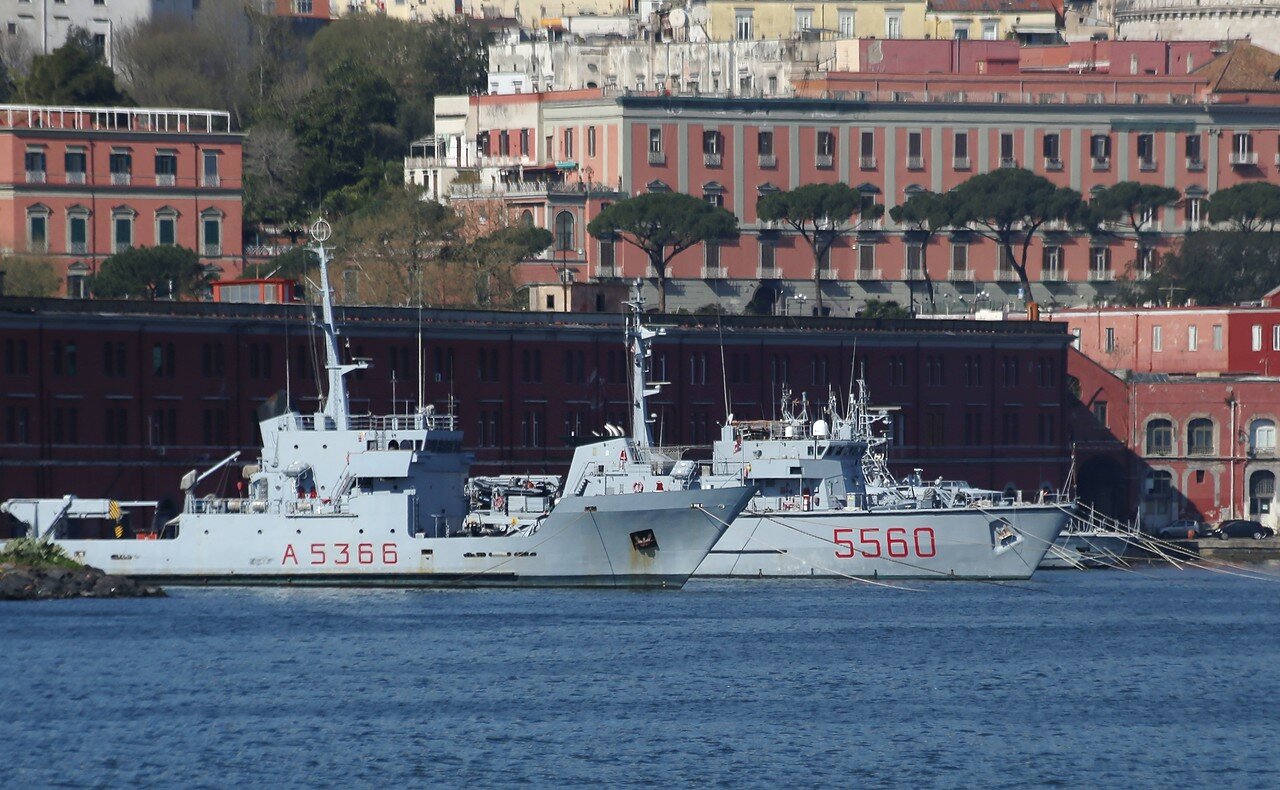 Behind the Arsenal is the Royal Palace, to the left of the dome of the Basilica of San Francesco di Paola.

The other part of the Mola is used to lay down civil courts. An old "Patrizia" 1954 building stands idle for a long time, I saw her here in 2011. 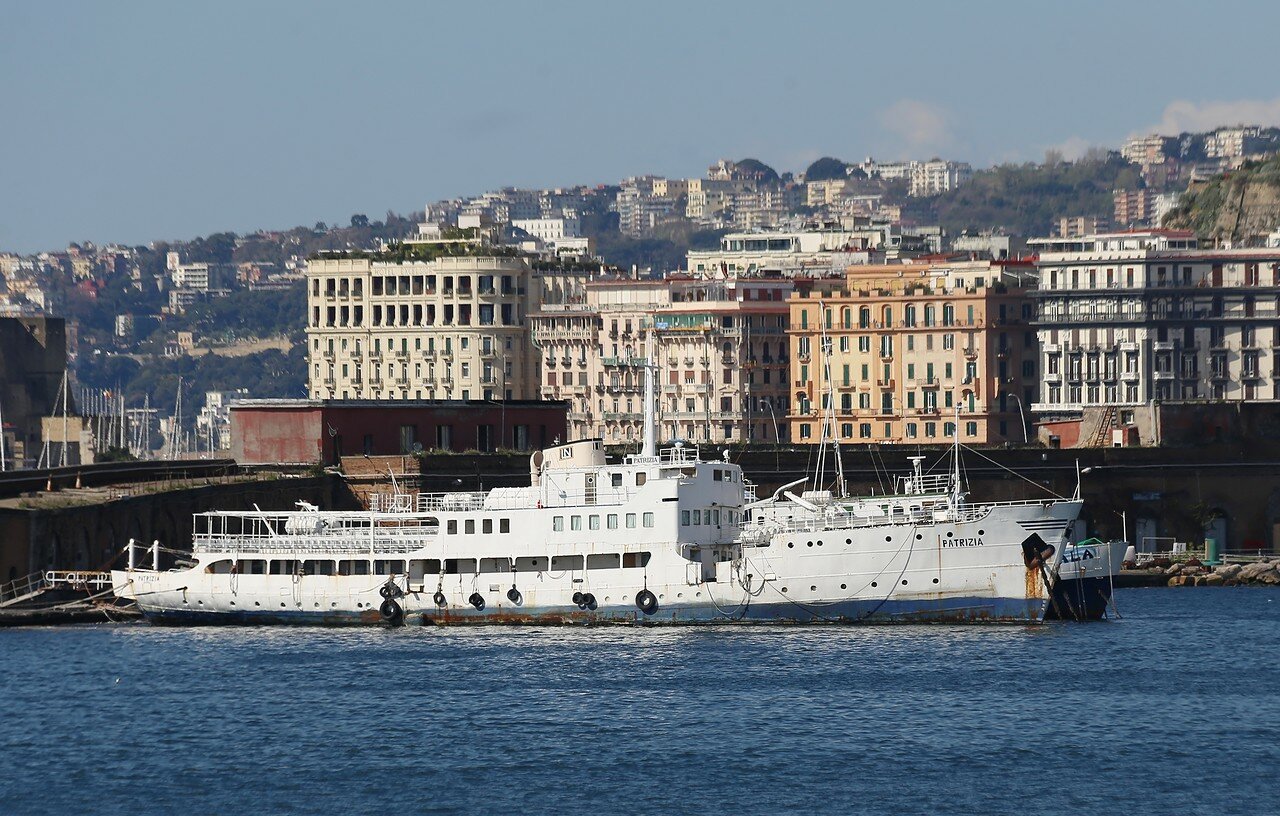 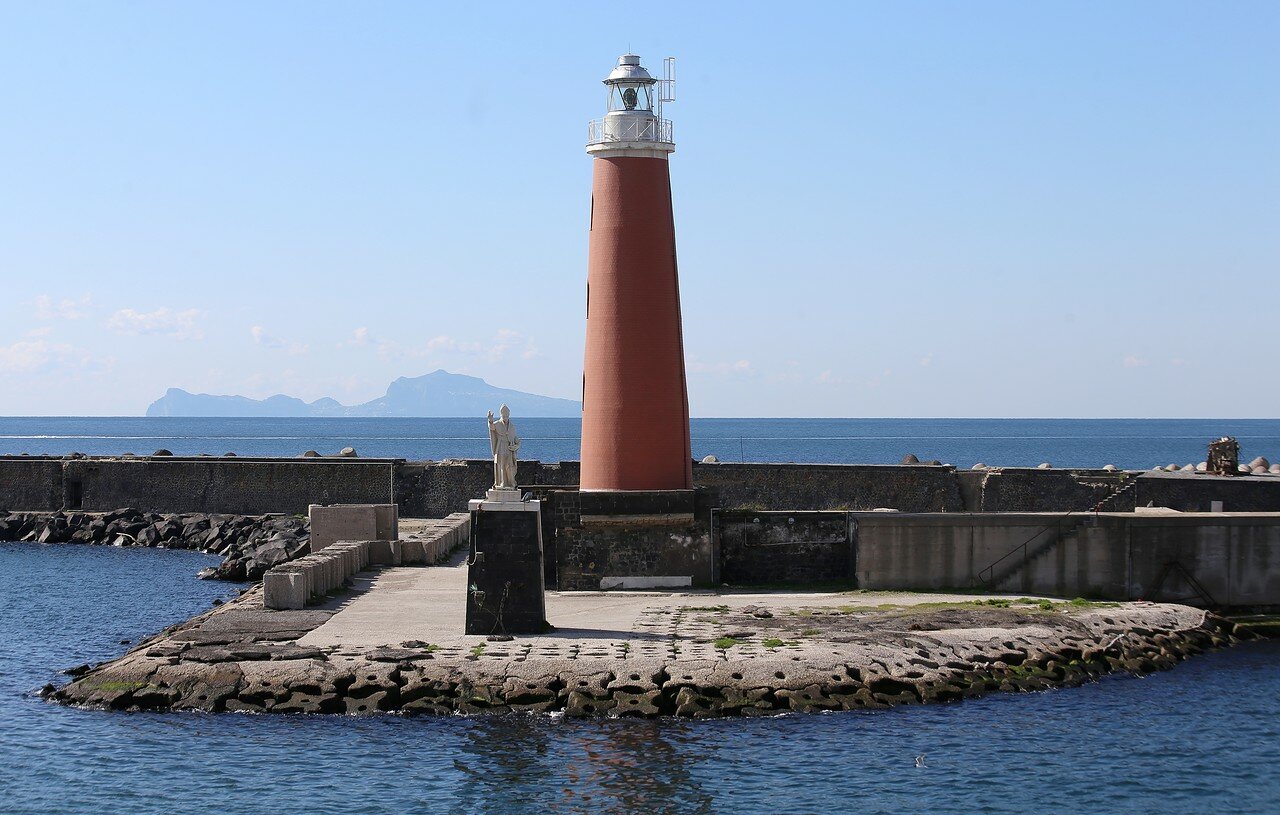 Saint Januarius, the patron Saint of the city, blesses travelers before the lighthouse. 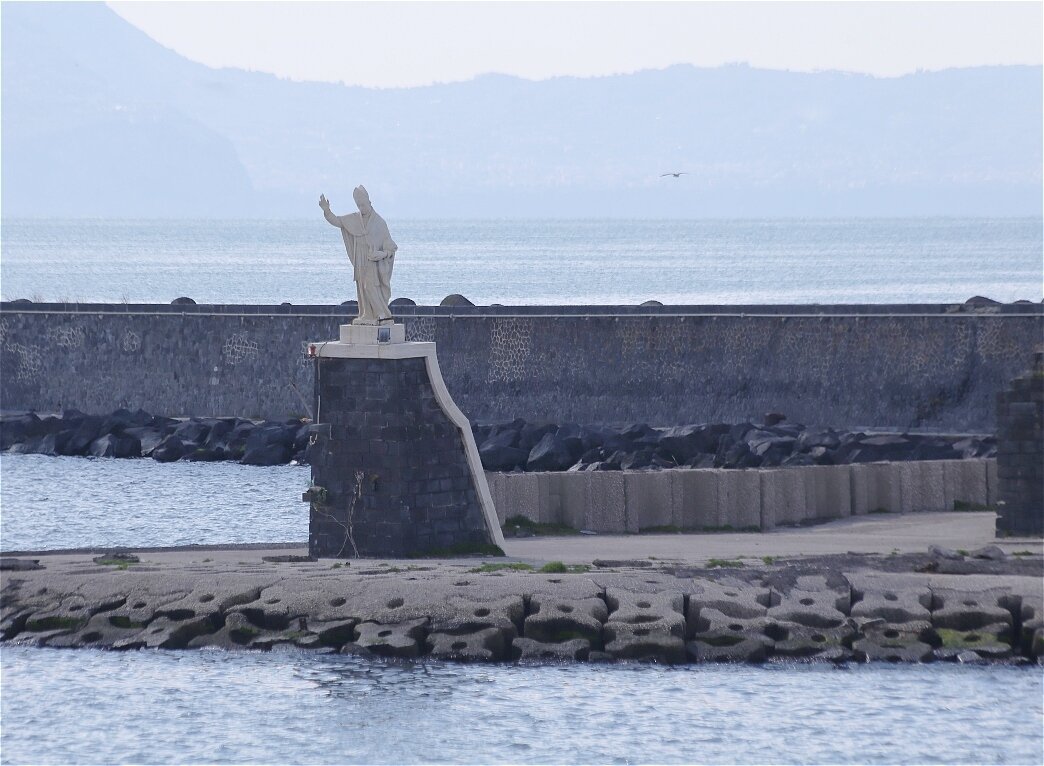 Unfortunately, there is no way to walk through the Mall to the lighthouse - you need to go through a military base. 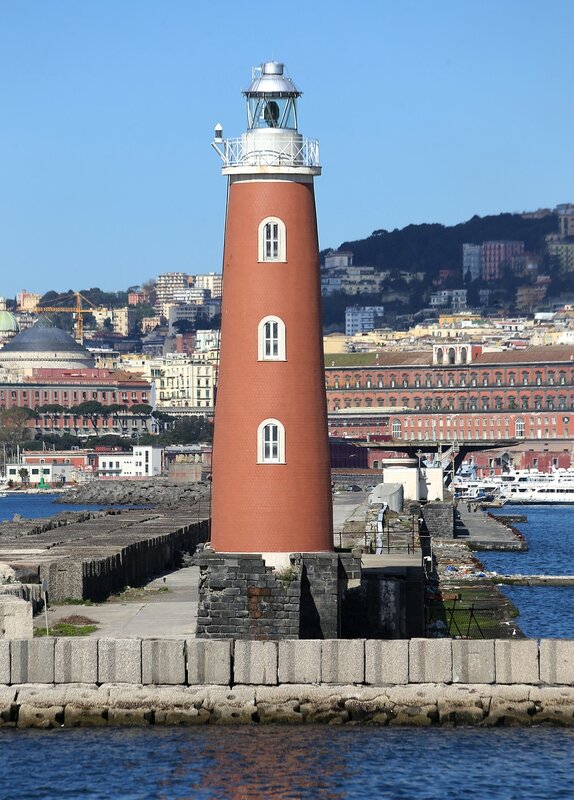 The city hall of Naples twenty years has plans to make a Mall promenade, and even spent a considerable amount on its reconstruction, but access to it is still closed. 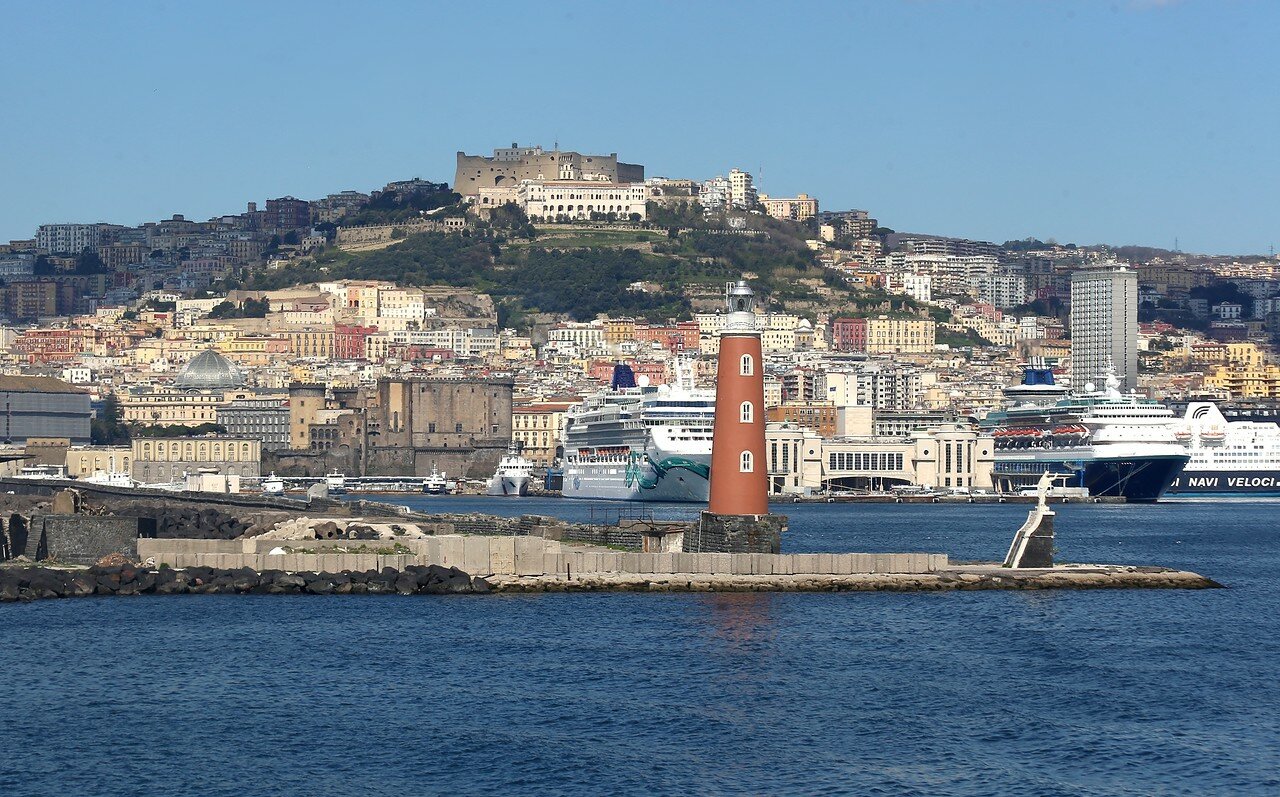 After the lighthouse pier goes to the sea for almost 500 meters. At the end of the lighthouse is still much more modest than the old one. Its function is to mark the entrance to the Harbor. 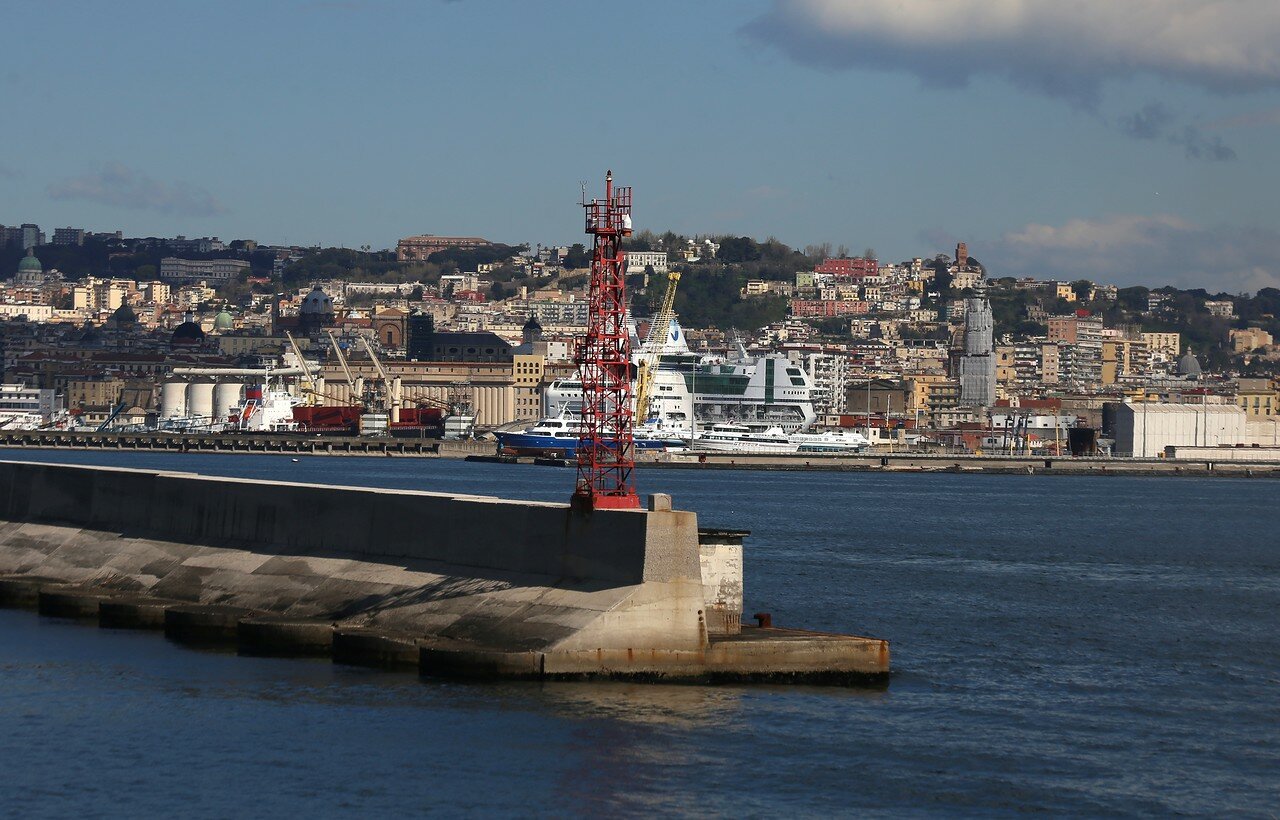 Finally, the port remained aft, our ferry went to the Gulf of Naples and headed for the Isola di Ischia. 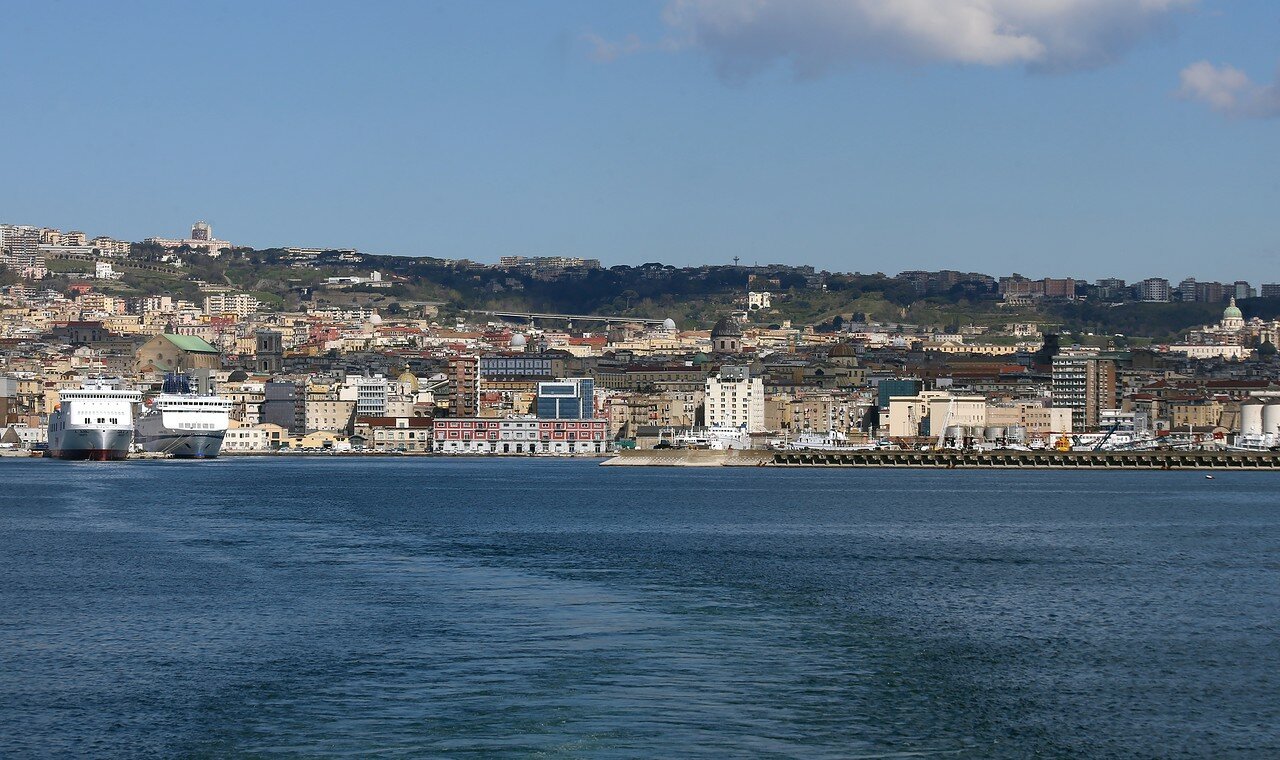