The main target of my walk today was the Torre di Guevara, which I saw yesterday from the bridge of the Aragonese castle. You can walk to it Via Nuova Cartaromana, Starting from the Europa hotel, but I am not looking for easy ways, and I reached the tower through the winding streets of Ischia Ponte, as I described in the previous article. 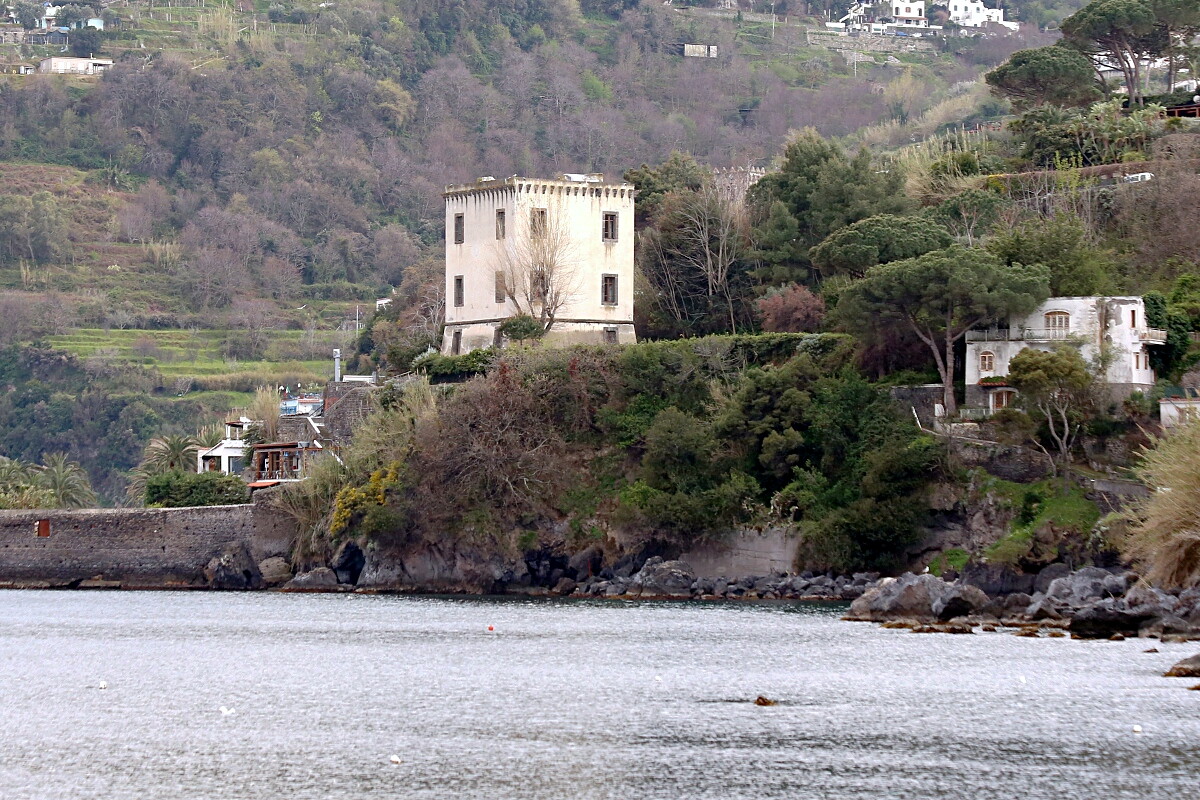 In the end, I ended up again on Via Nuova Cartaromana, which after two turns led me to a wrought-iron gate (map). The gate was closed, and two girls, who turned out to be my compatriots from Moscow, were standing in front of it, looking puzzled. There were no forbidding signs on the gate, so I pushed it open. So we found ourselves in the territory of a heavily overgrown Park, along which we came to a cobblestone parade ground in front of the tower. 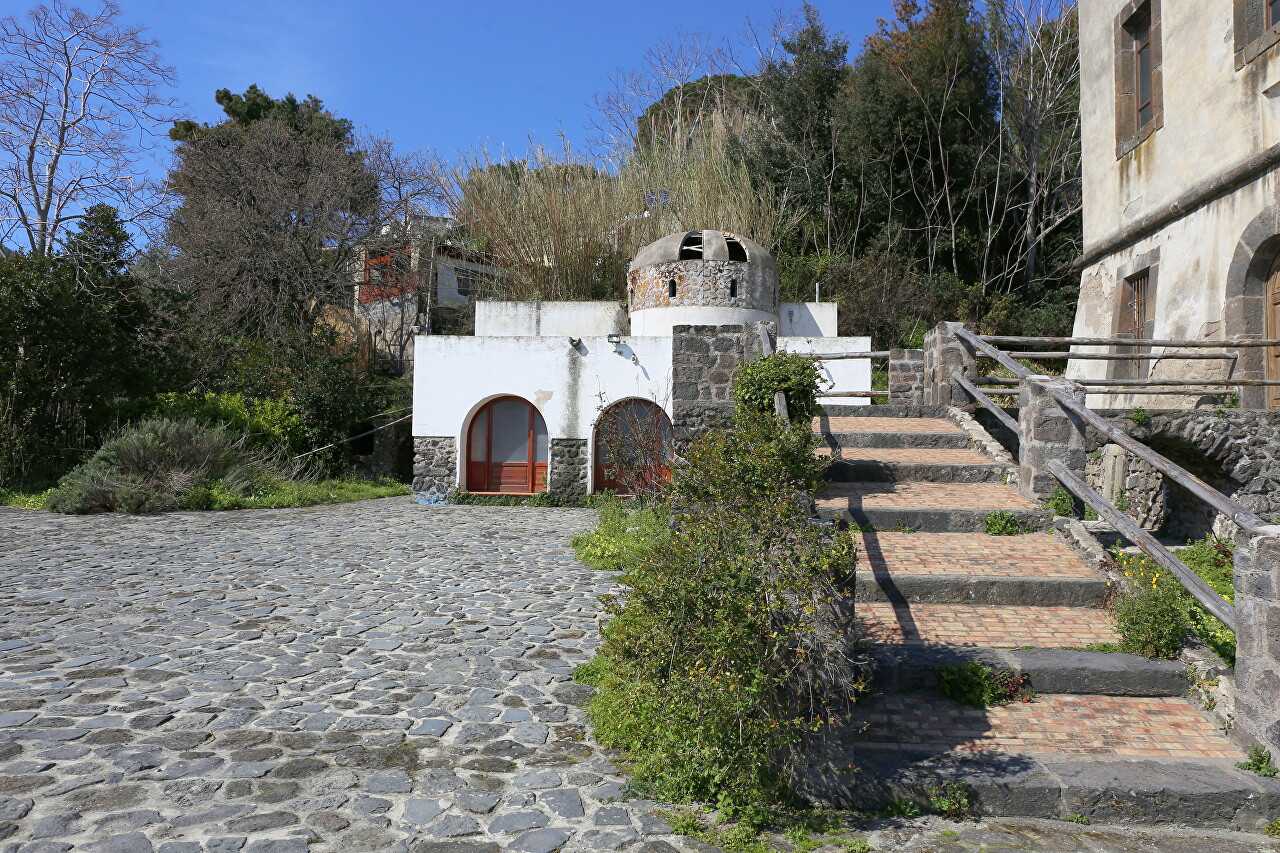 By decree of Alfonso V the Magnanimous, king of Aragon and Sicily (Alfonso V el Magnánimo, king of Naples since 1435 under the name Alfonso I) from 1433, the construction of fortifications along the coastline of the island began, as a result of which this structure appeared. Since 1454, the tower has become the residence of Francesco de Guevara, an Aragonese soldier who due to his failing health and inability to serve any longer in the army received the title of "Knight of the King" and was appointed life Governor of the Ischia island. The tower belonged to the Guevara family until the end of the 18th century. 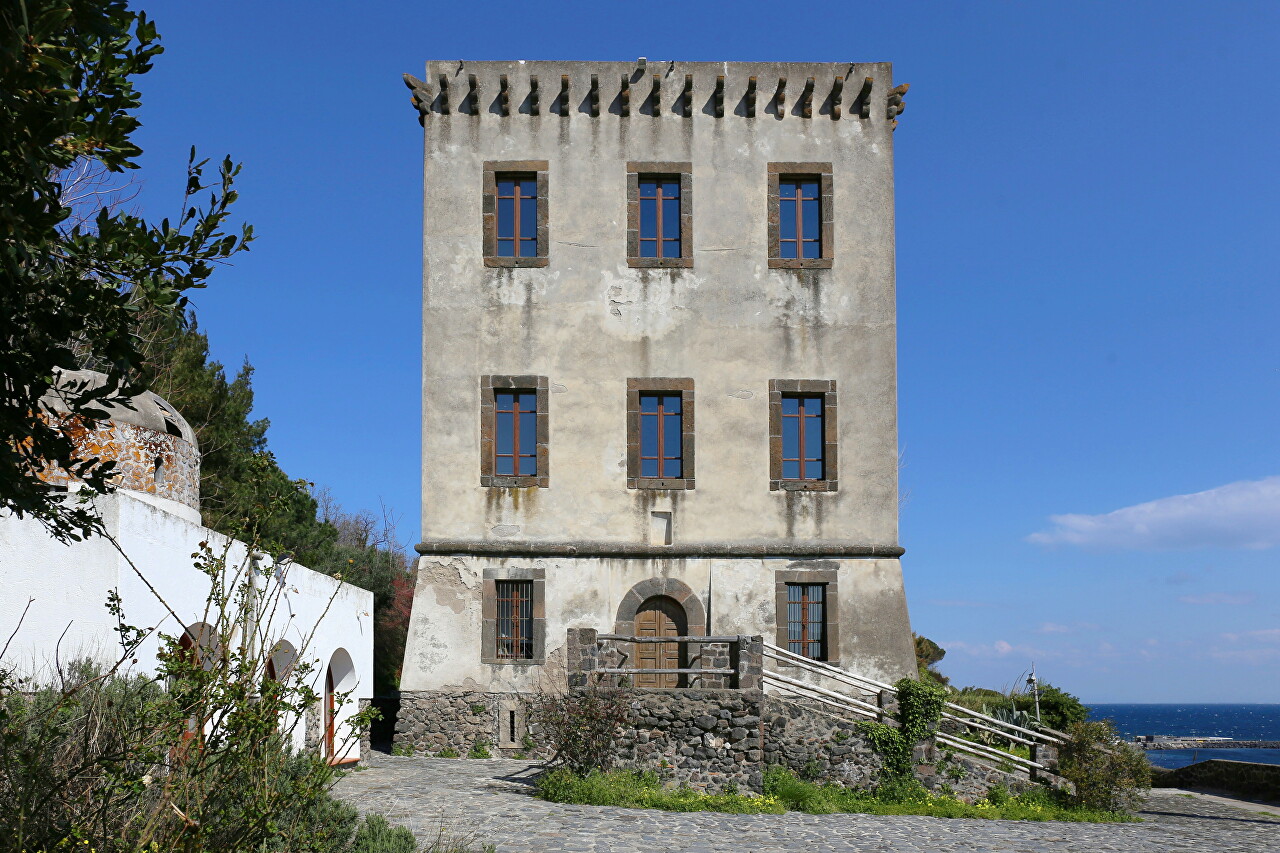 Why did the tower get the name of a great artist? According to legend, Michelangelo was in love with Victoria Colonna, the wife of the Governor of Ischia Ferrante Avalos. When visiting the island, Michelangelo stayed in this tower so that he could see his love walking in the gardens Aragonese castle. In fact, this story has nothing to do with historical facts. Michelangelo was really close to the Victoria, a famous poetess, but their acquaintance occurred only in 1536, when Victoria had already been a widow for 15 years and lived in Rome. Their tight spaces the relationship continued until the death of Victoria, who died in his arms, but nothing is known about the artist's visits to the island of Ischia. For this reason however, there was even a heated debate among the public of the island as to what name should be considered official. It was in the sixties when the island began to gain popularity as an international resort, and the "beautiful" version won, as you would expect. Currently the tower it serves as an exhibition hall and a venue for cultural events. In 2011, the municipality of Ischia-Porto initiated the project restoration of frescoes in the interior, for which he invited restorers from the University of Dresden. 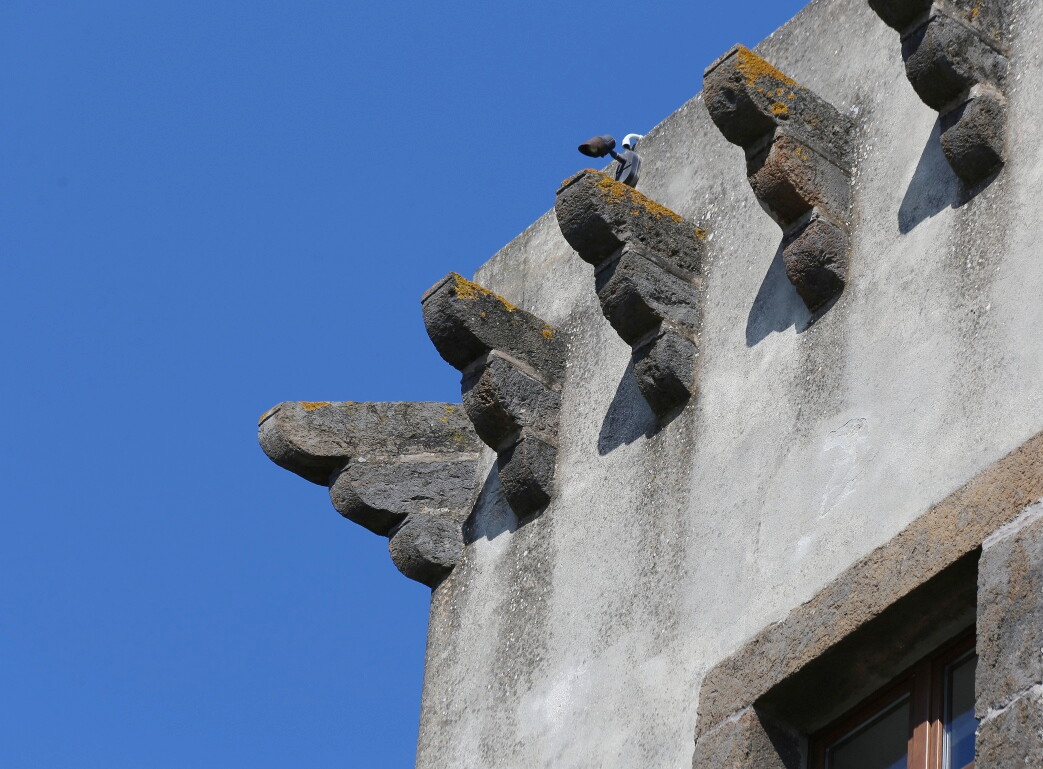 Originally, the tower was surrounded by impregnable stone walls, where the population of the surrounding farms hid from enemy raids. Before our trip however, only the wall on the Bank side has been preserved. 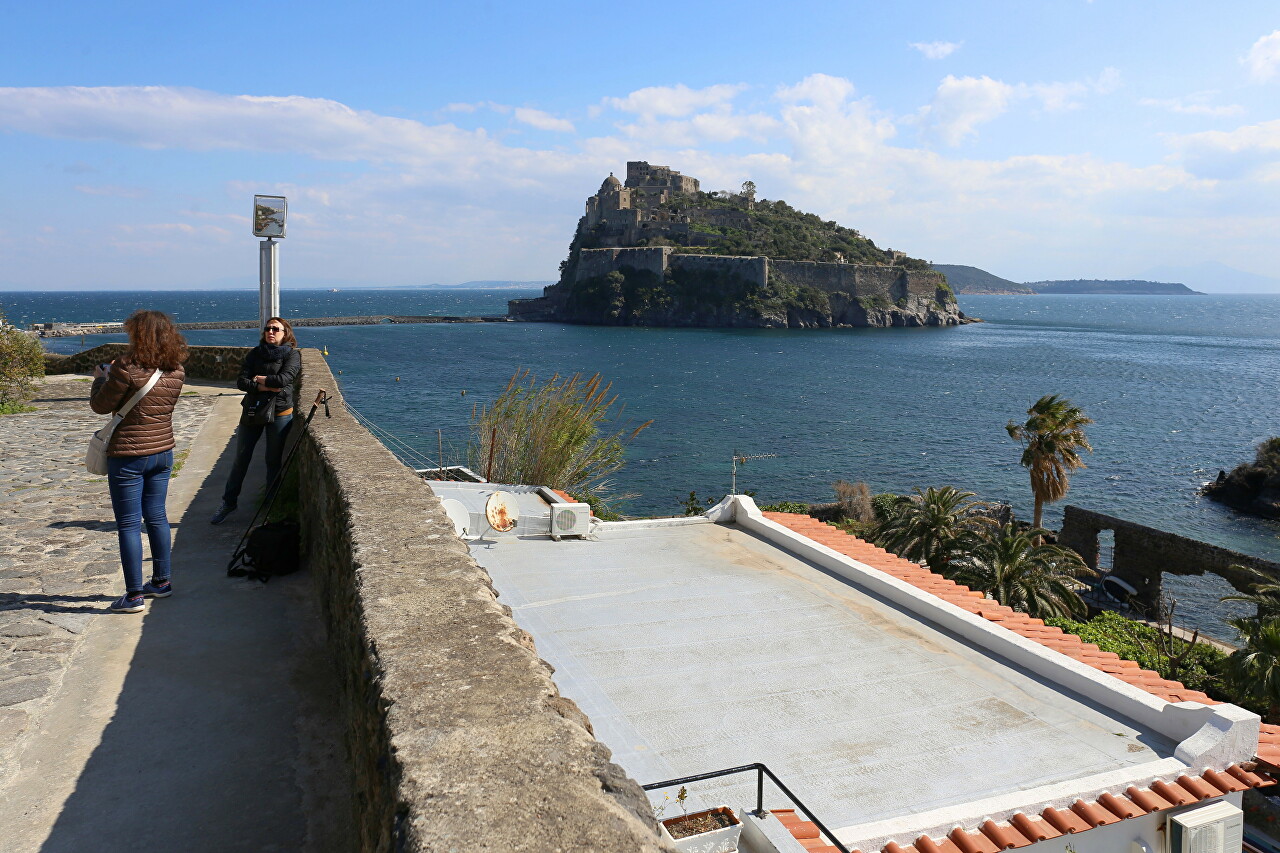 From the platform above the wall, you can enjoy a wonderful view of the Bay and the Aragonese castle. 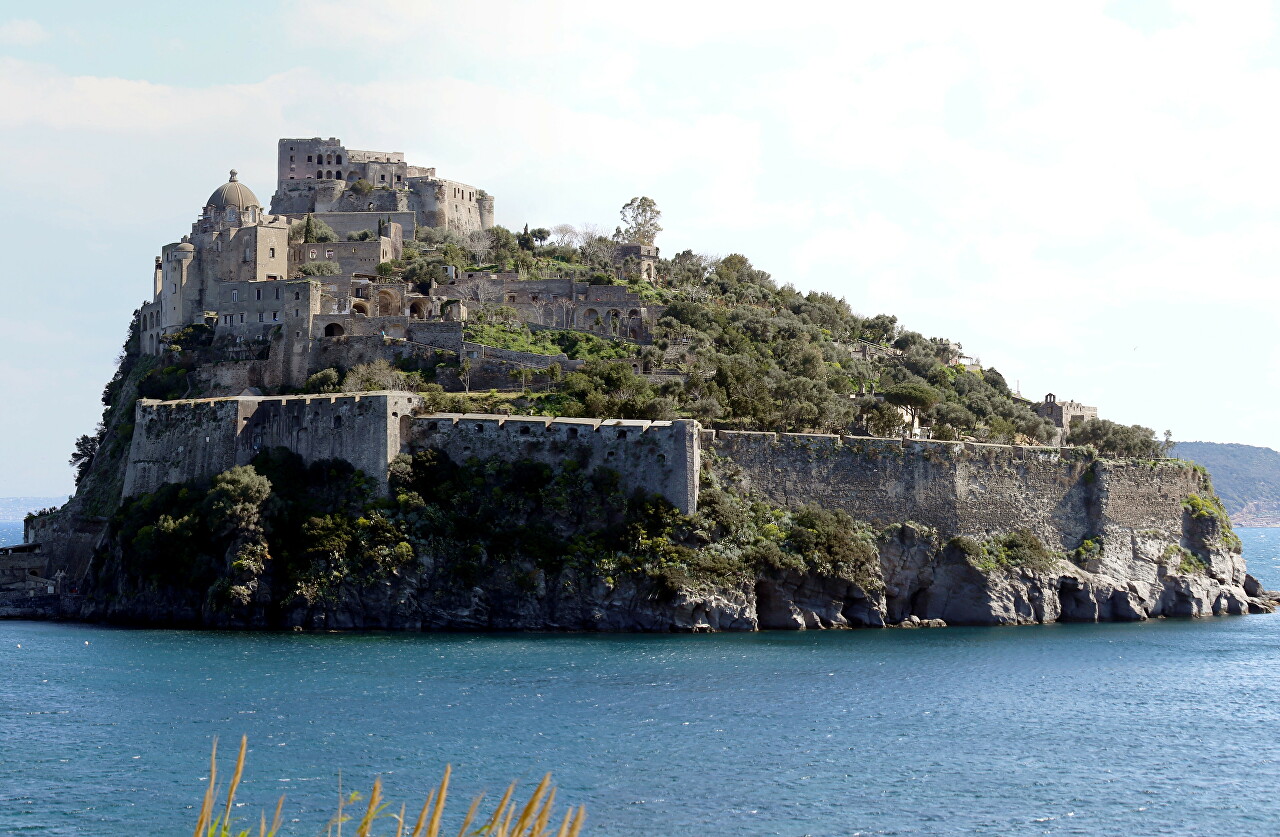 The gardens where Victoria Colonna walked are perfectly visible, but you need good optics to see them. 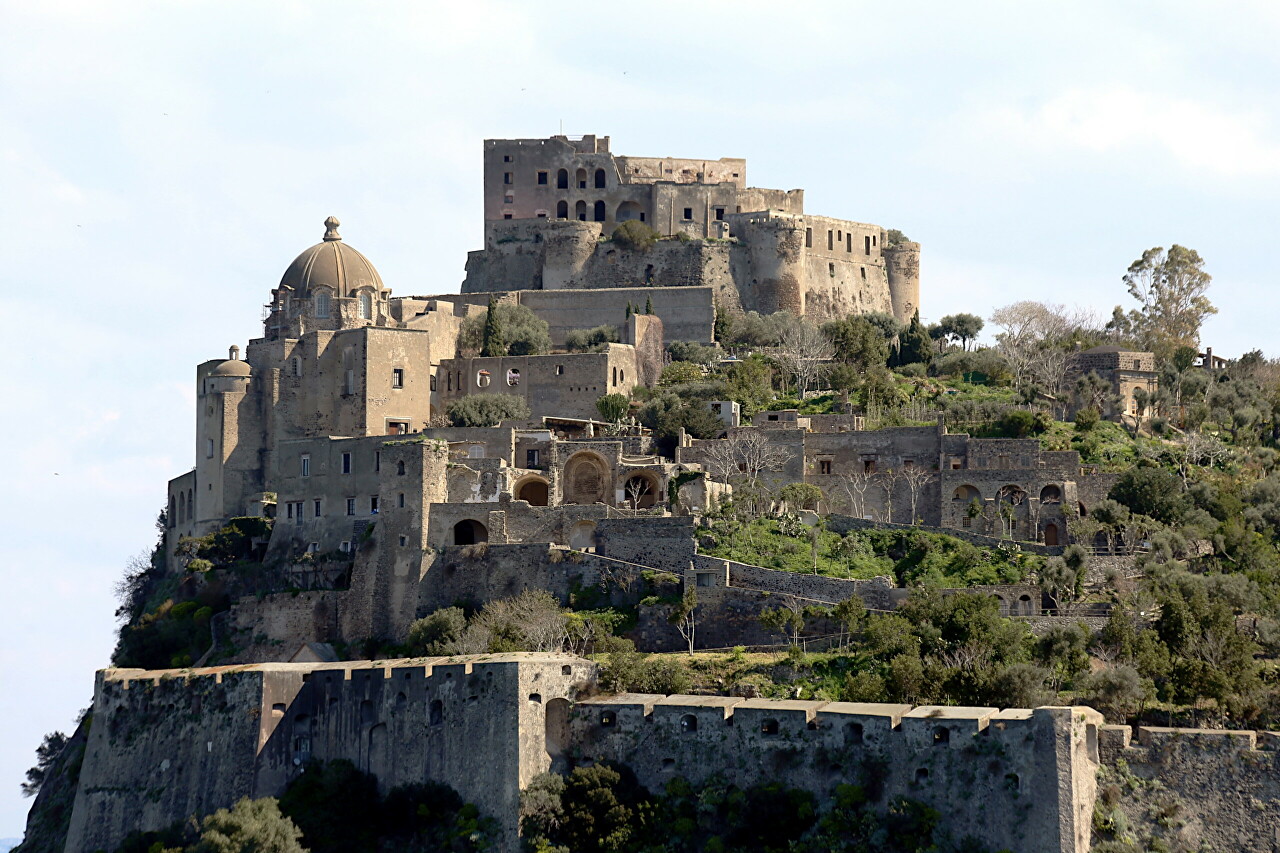 Here you can also see the entire bridge leading to the castle and make sure that it is very long, which you can not tell if you look from the Square of Seaweed. 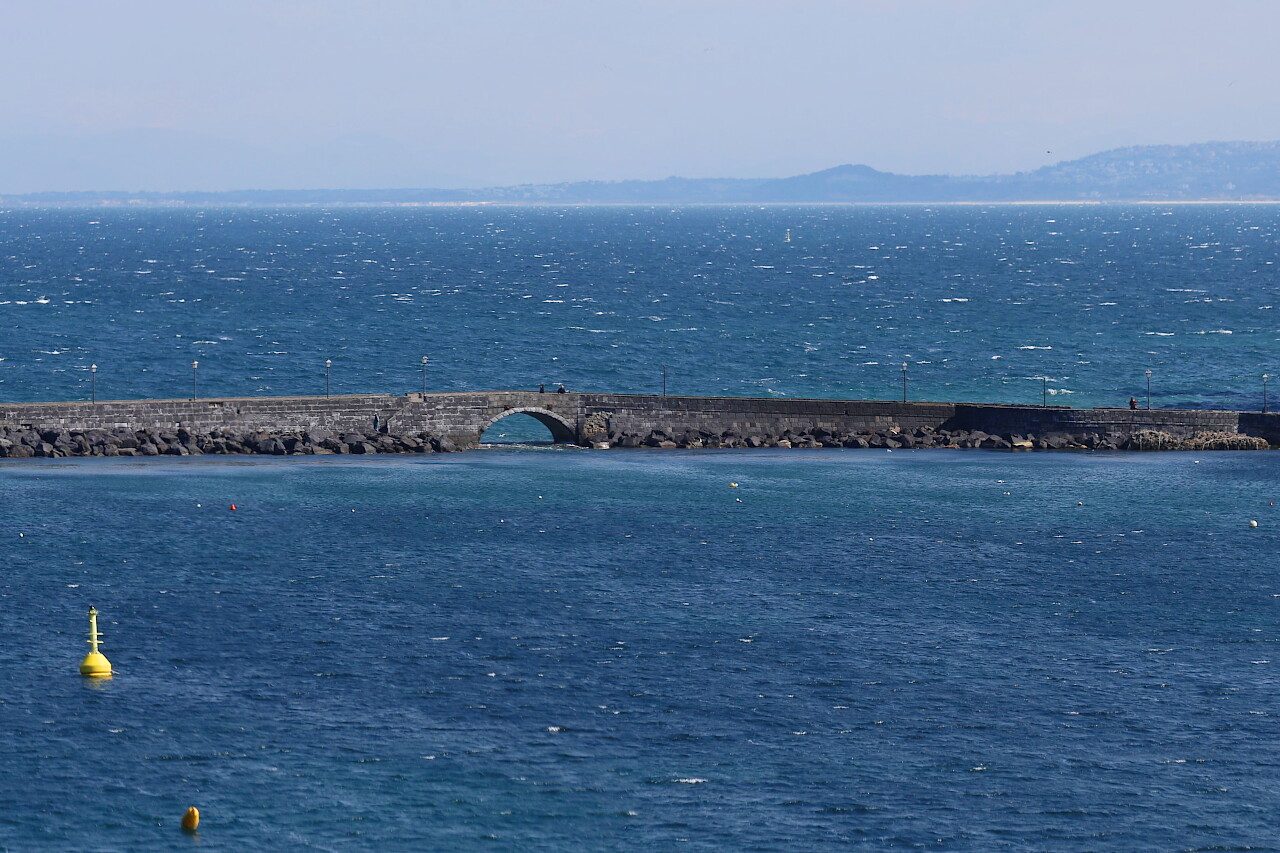 Below, on the beach, near the cliffs of Santa Anna, is now the hotel Gardens of Eden (Hotel Giardino Eden). By the way, thanks to these rocks, the tower also has a third name, Torre Santa Anna. 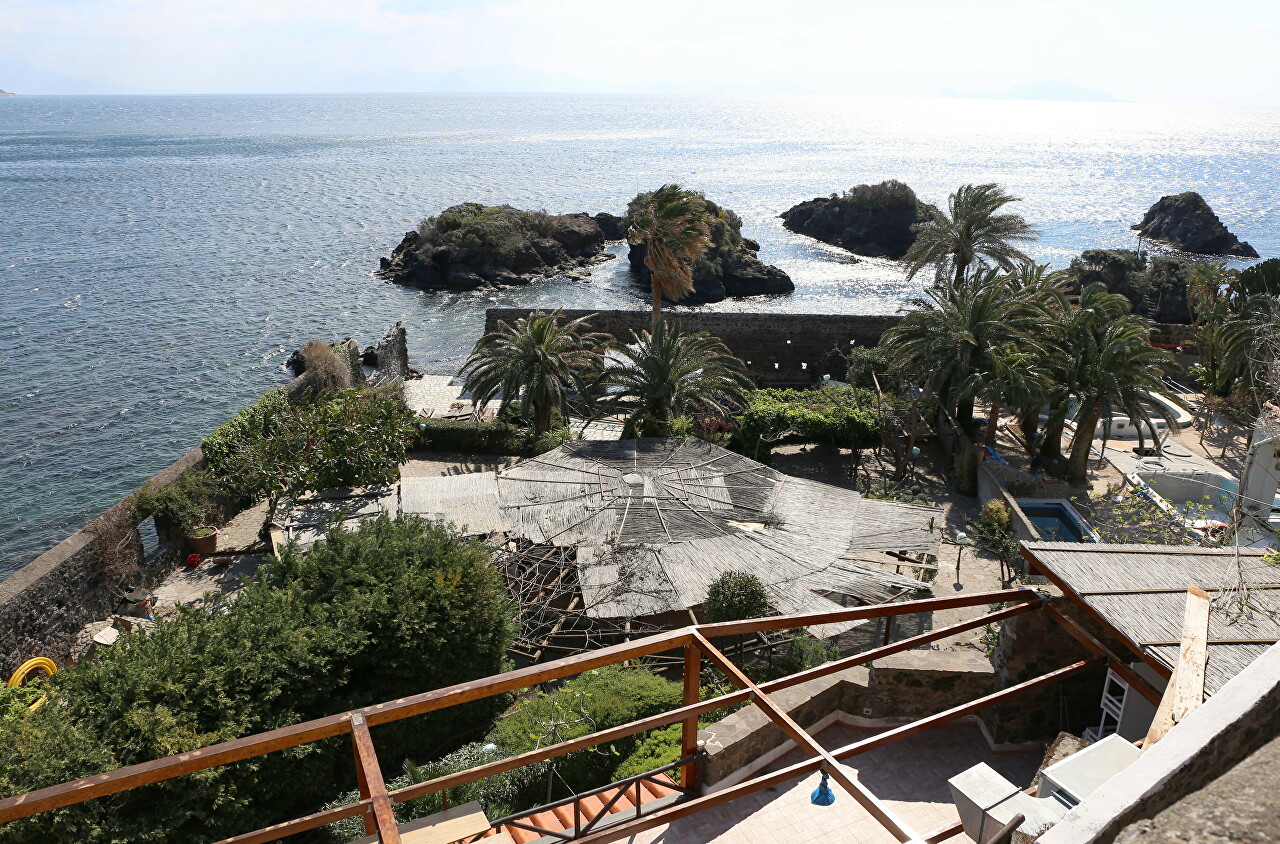 To the right of it is the Strand Hotel Delfini 4*. 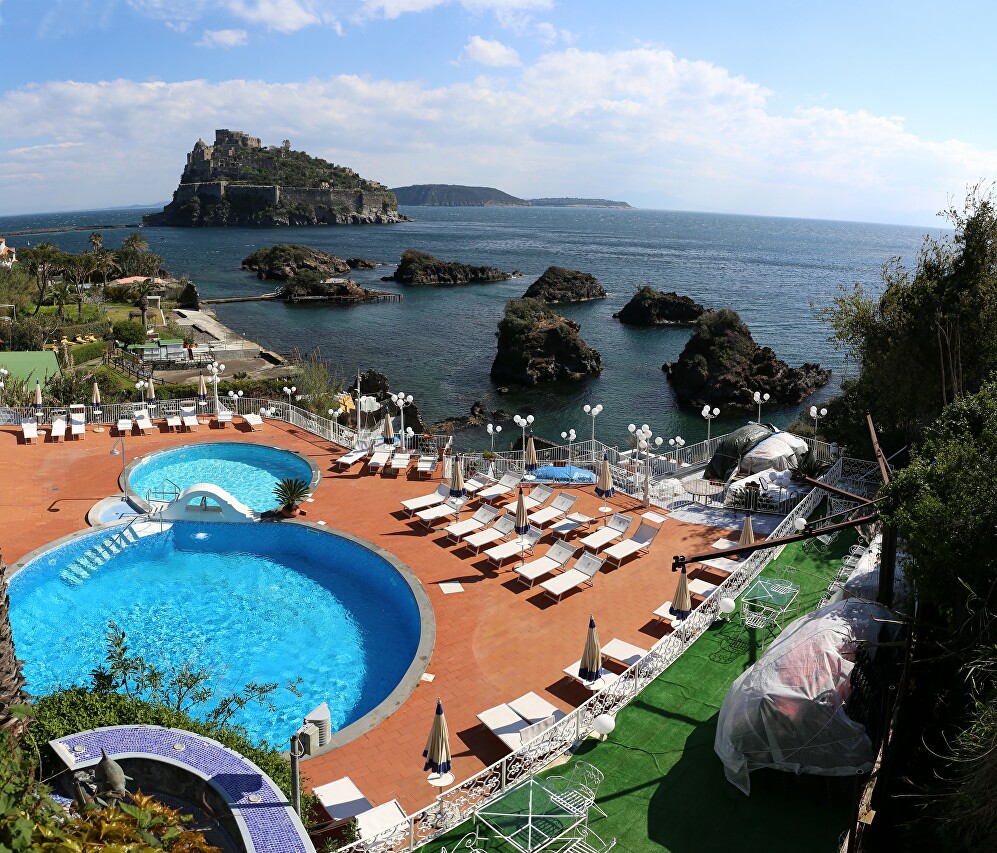