Touching the water on the Cartaromana beach, we found the program executed and headed towards their hotels, as time went by lunch. On the way we passed the Church of St. Domenico (map), but it didn't catch our attention. This is not surprising-the building does not resemble a religious institution. I found it only now passing our route map, so I borrowed pictures from local site.

The Church was founded by monks in the 15th century, in 1557 it was completely destroyed by an earthquake and restored only in the early 19th century. During the cholera epidemic of 1836, the Church served as a hospital, or rather a Department for the dying.

this Church was chosen as a hospice purely for practical reasons - there was a city cemetery nearby. Now it is the big well-groomed territory built up by patrimonial tombs. To the cemetery to look failed, it was closed, access is only possible during certain hours. 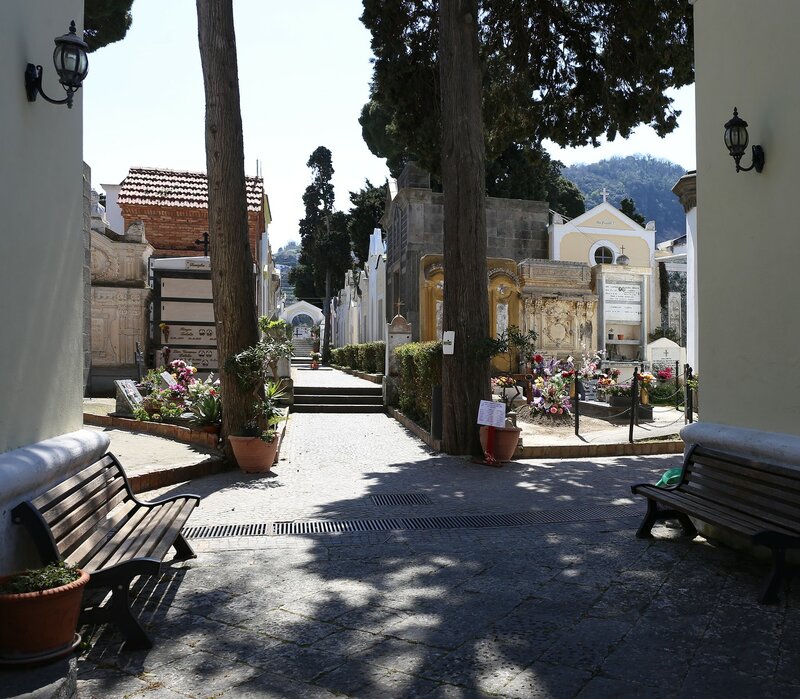 Finally, we went to Via Gian Batista Vico next to an already familiar Virgin of Carmine church. 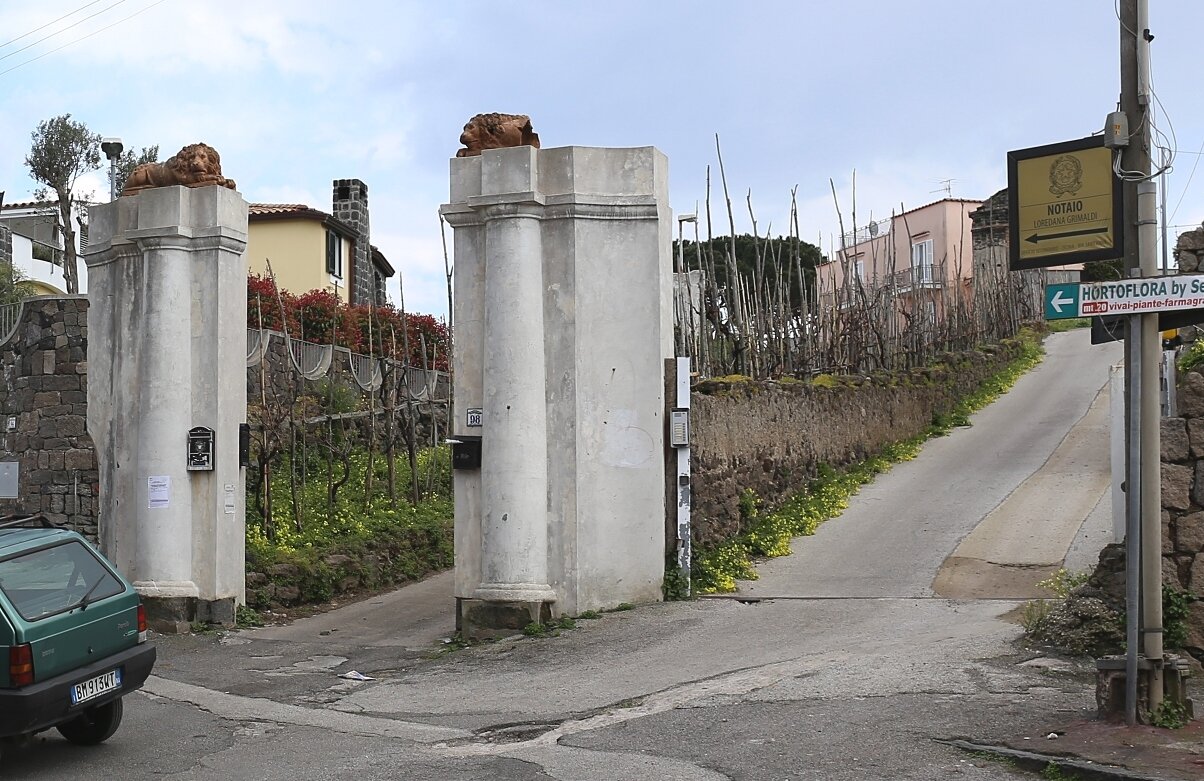 And a few more photos on the way home. Serene sleeping in the shade under the wheel of a cat - a common phenomenon in Italy. 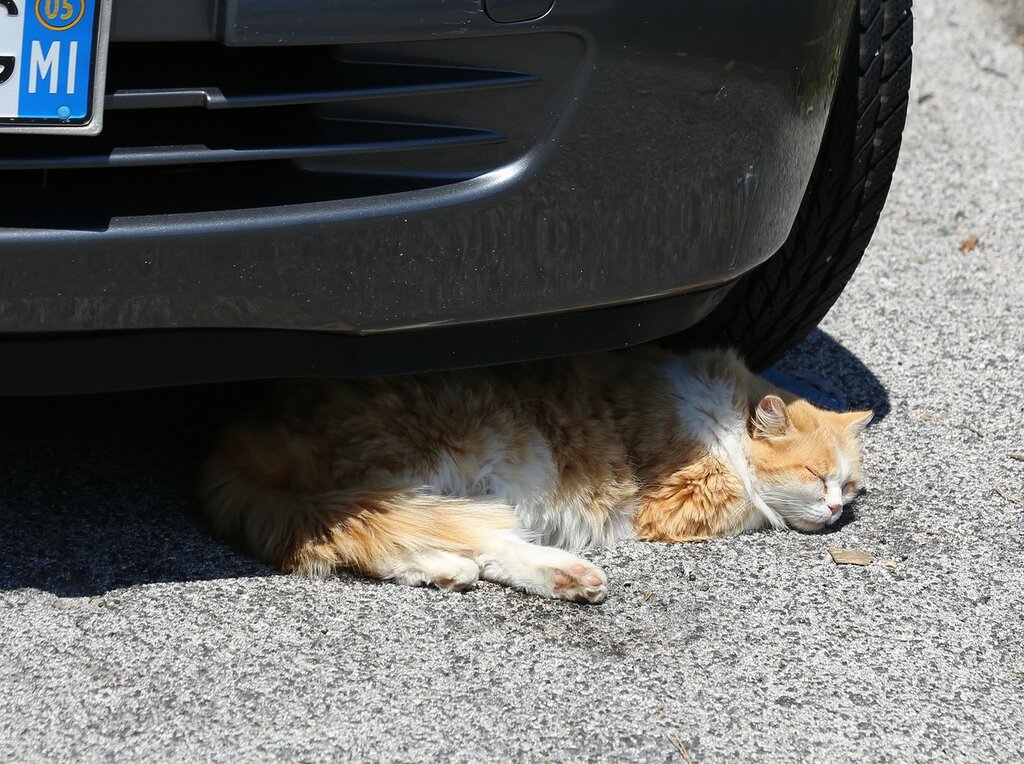 Closer to the city center, we witnessed the end of the school day at the local school. 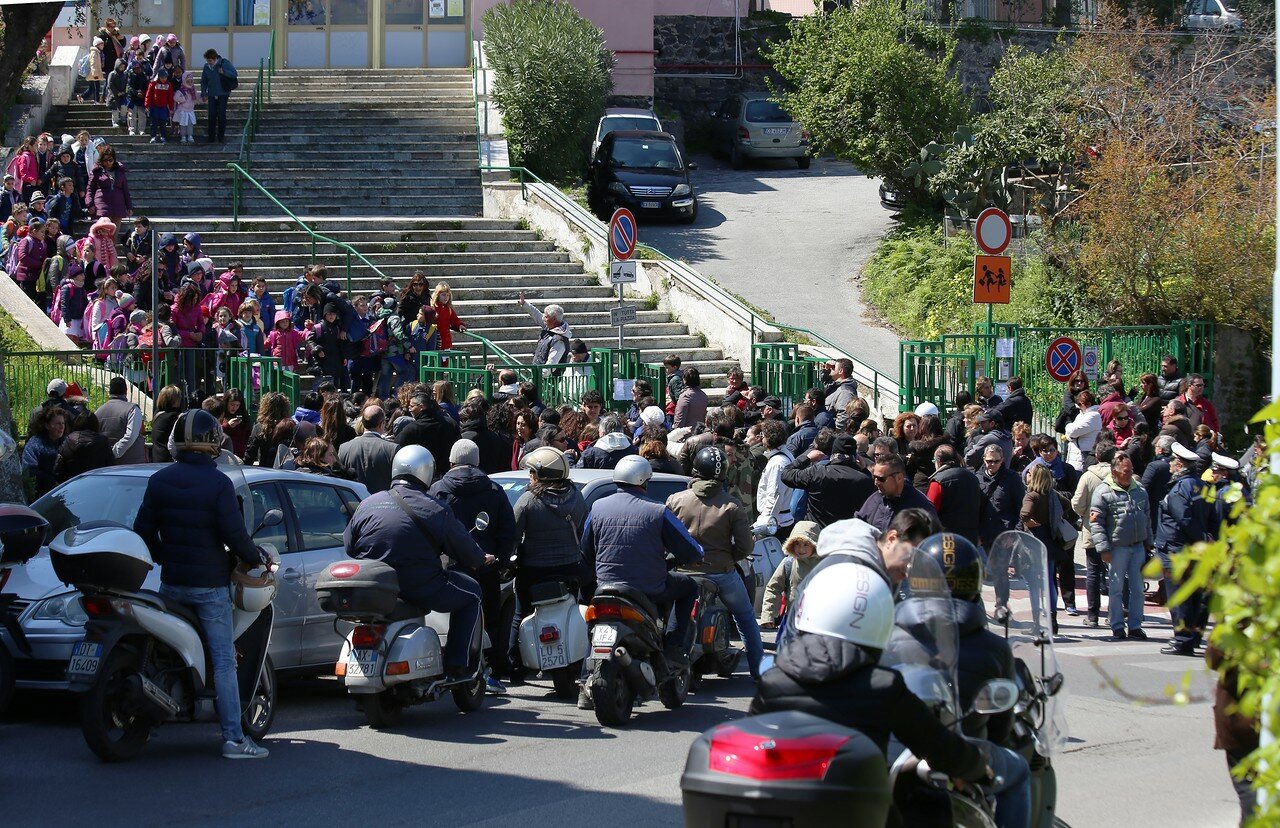 Meeting children from school is furnished with all the rules of holding mass events with the participation of the carabinieri, making sure children do not run onto the roadway... although no movement on the latter and was not observed. 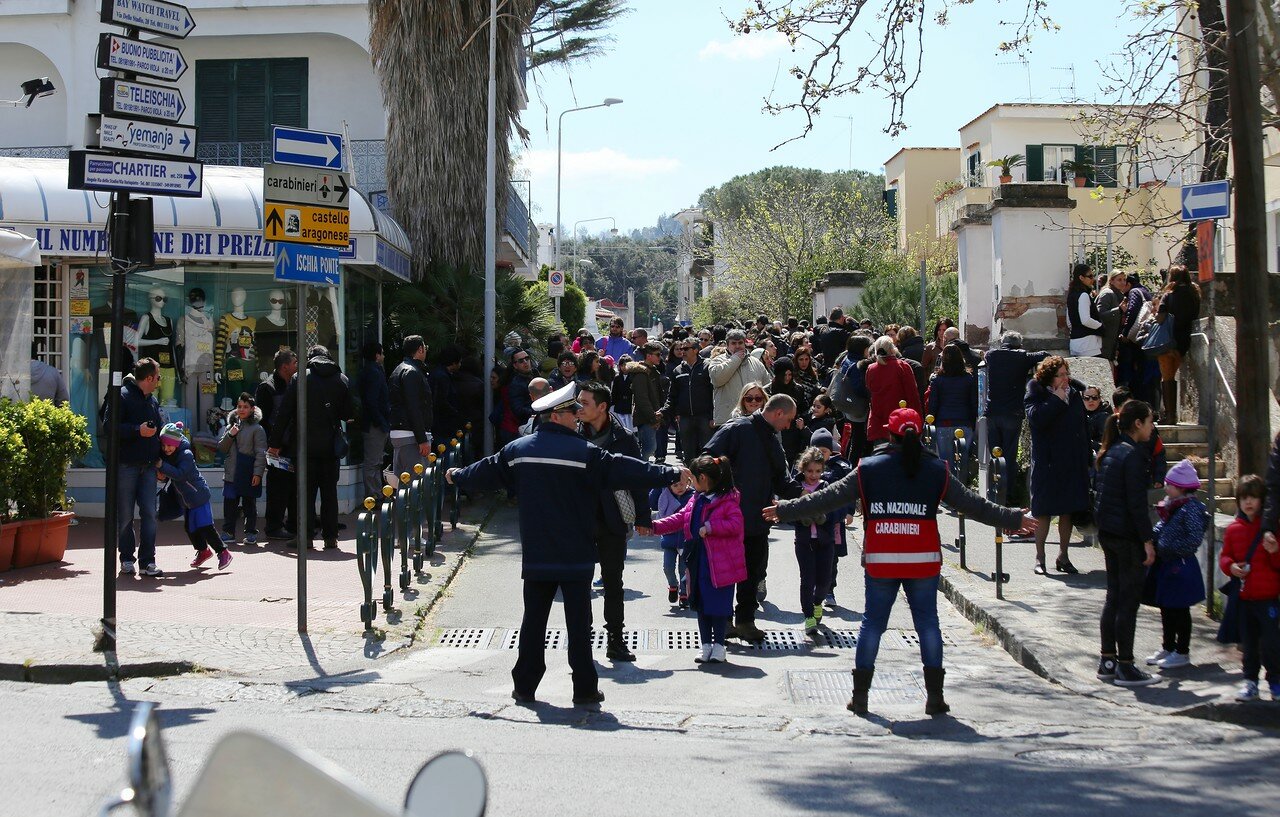