The observation point called "Belvedere" (Belvedere on the map) is just a few steps from the Serrara bus stop. 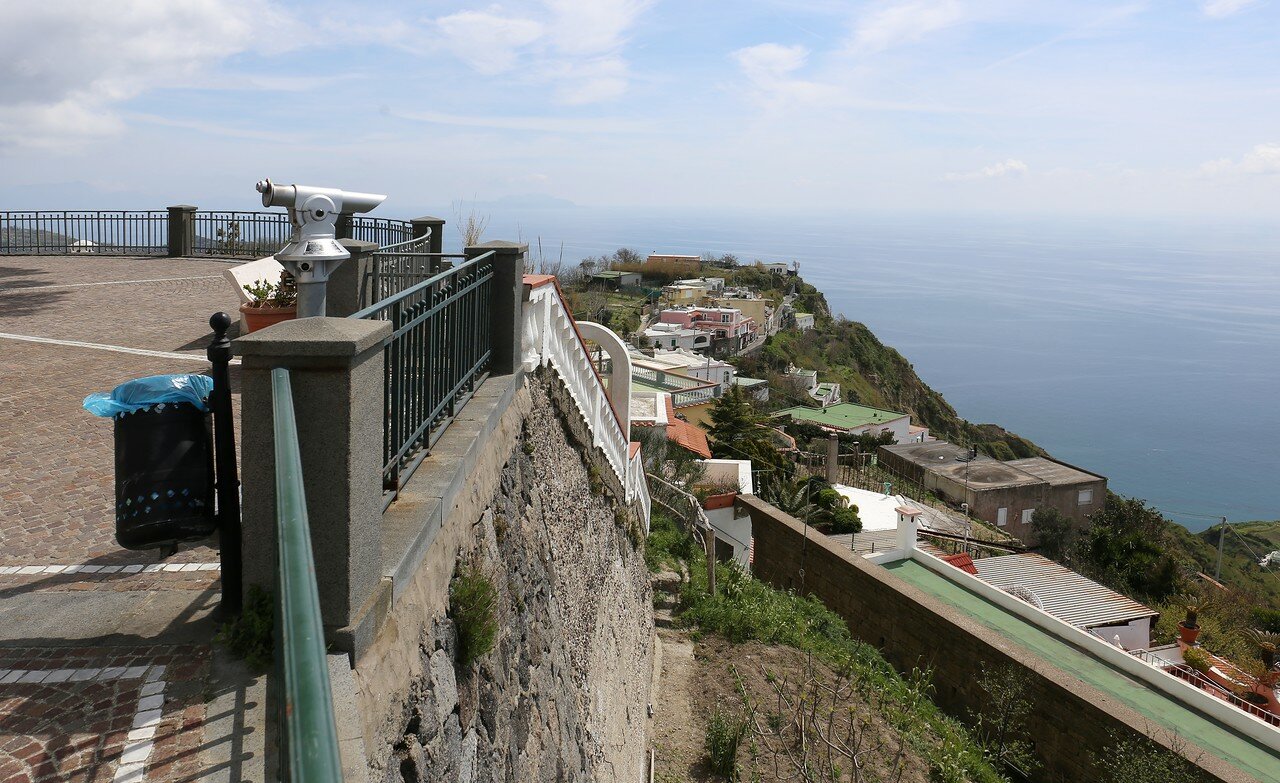 Due to the fact that the Belvedere is located at an altitude of 366 meters above sea level, it offers one of the most spectacular panoramas on Ischia.

The first thing that attracts the eye is the island of San Angelo, connected to the shore by a sandy bridge. Thanks to a convenient natural Harbor, protected from the sea by a high rock, fishermen have long settled here.

Now it is a resort village, and fishing houses have been replaced by small resort hotels and restaurants. 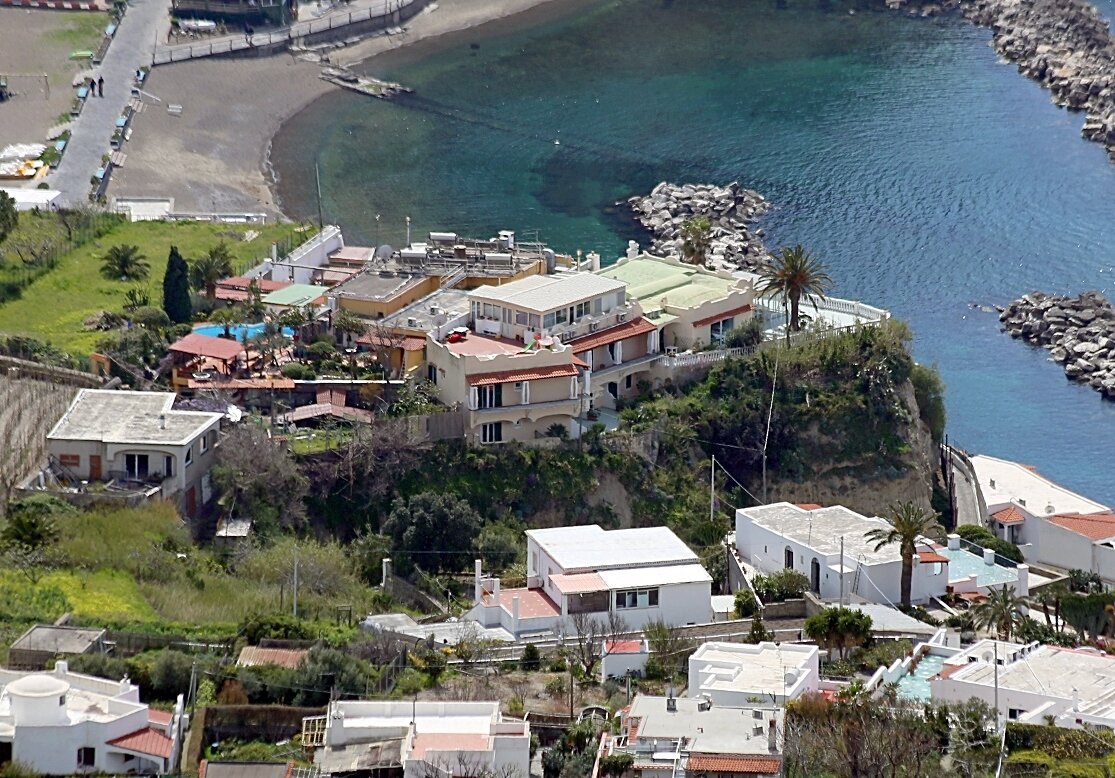 From Serrara to San Angelo, you can go down the donkey trail that runs along the picturesque gorge - this is one of the popular trekking routes. 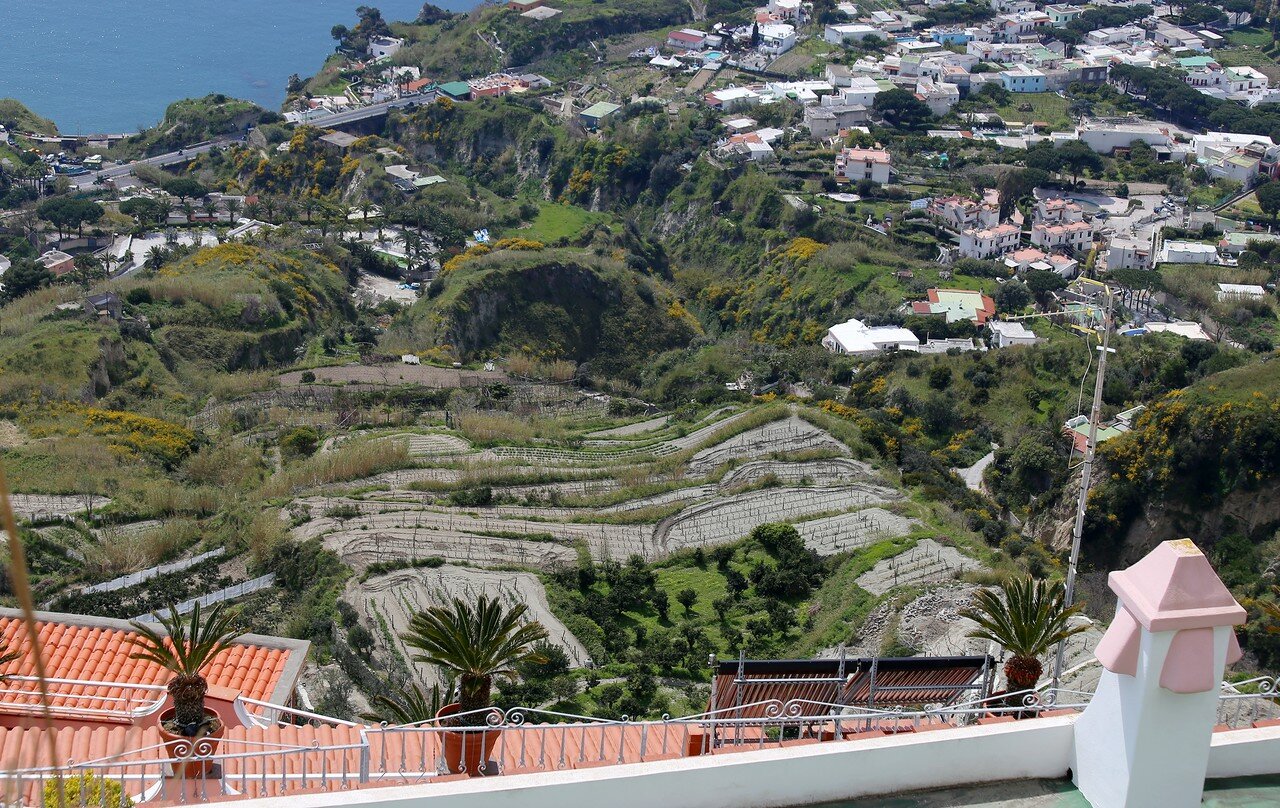 The path leads to the thermal Park "Apollo and Aphrodite" and the beaches of Maronti. 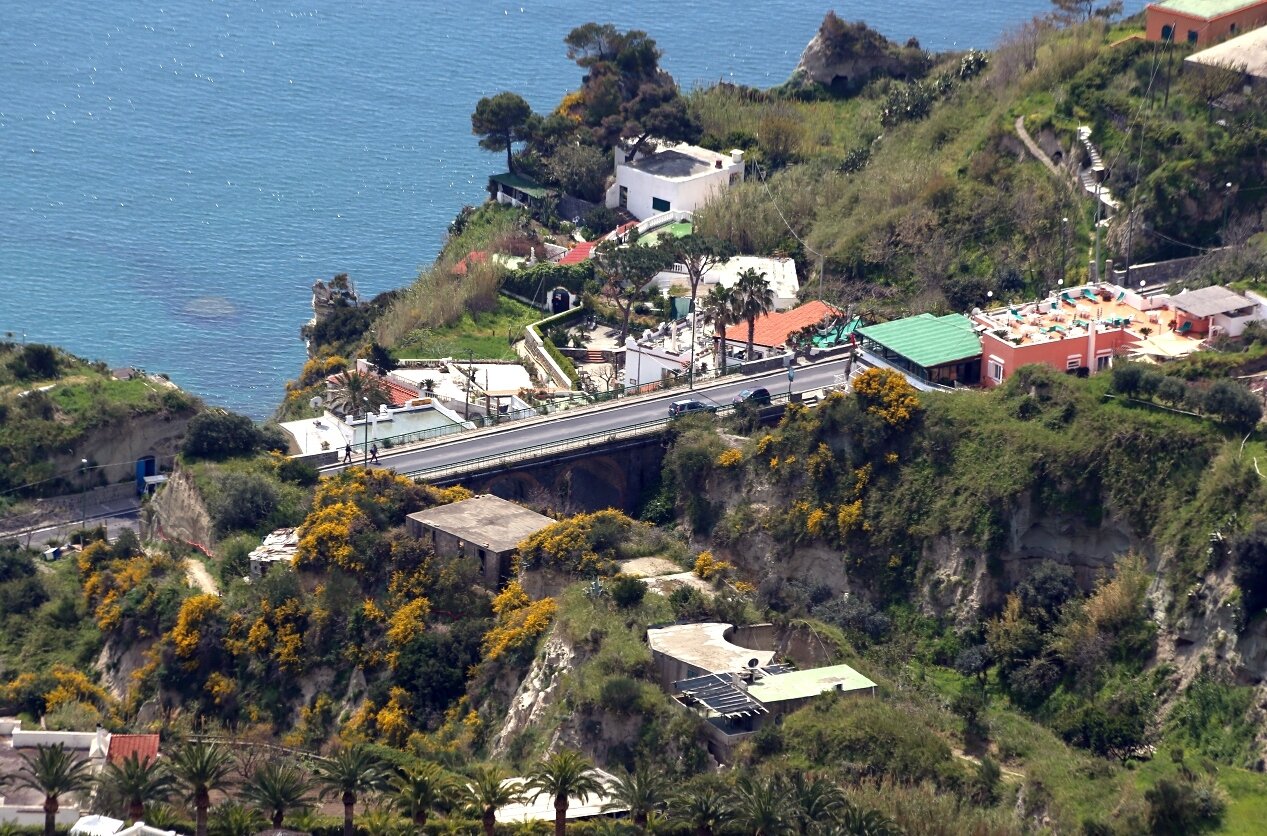 To the right, the Cape of Chiarito (Ponta Chiarito) with mount Pansa (Monte di Pansa), on the top of which there is a hotel and restaurant of the same name, protrudes far into the sea. > 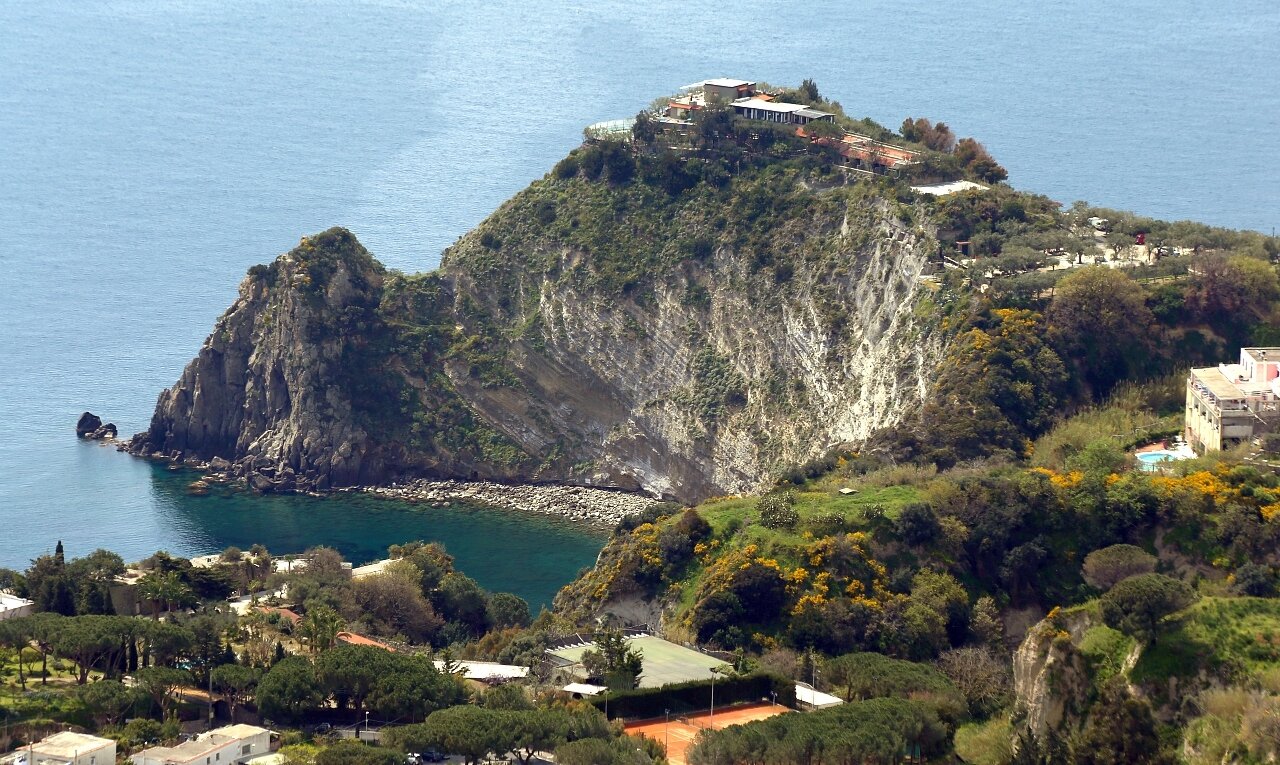 Here, too, there are outlets of thermal waters, on which small SPA hotels are built. 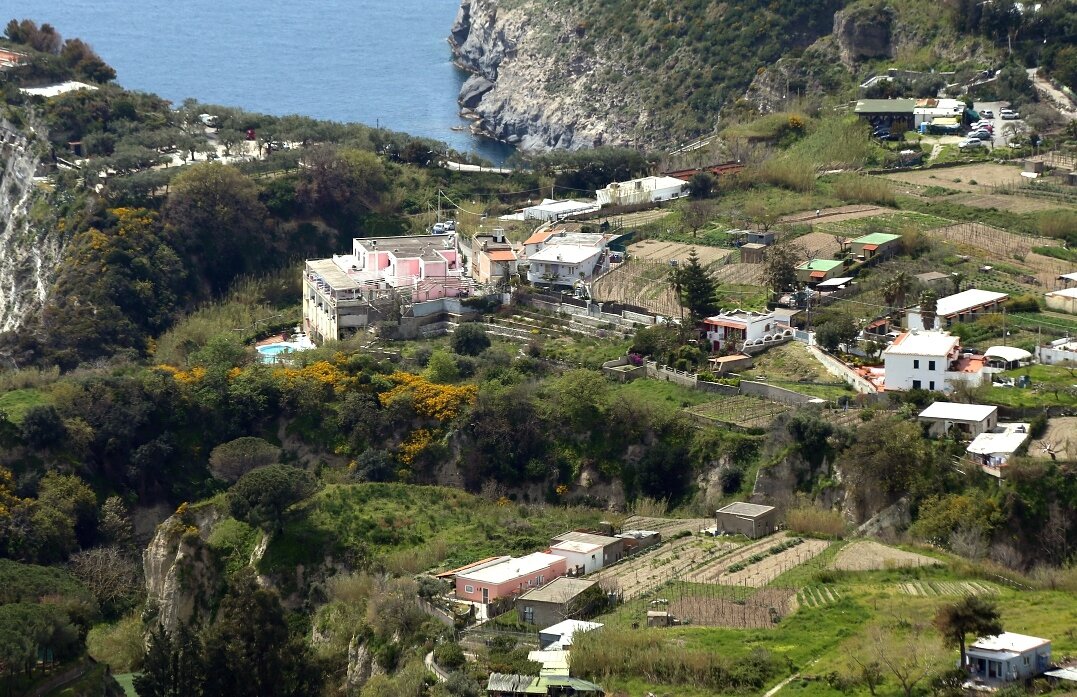 Even more to the right is Cape Negro (Capo Negro). 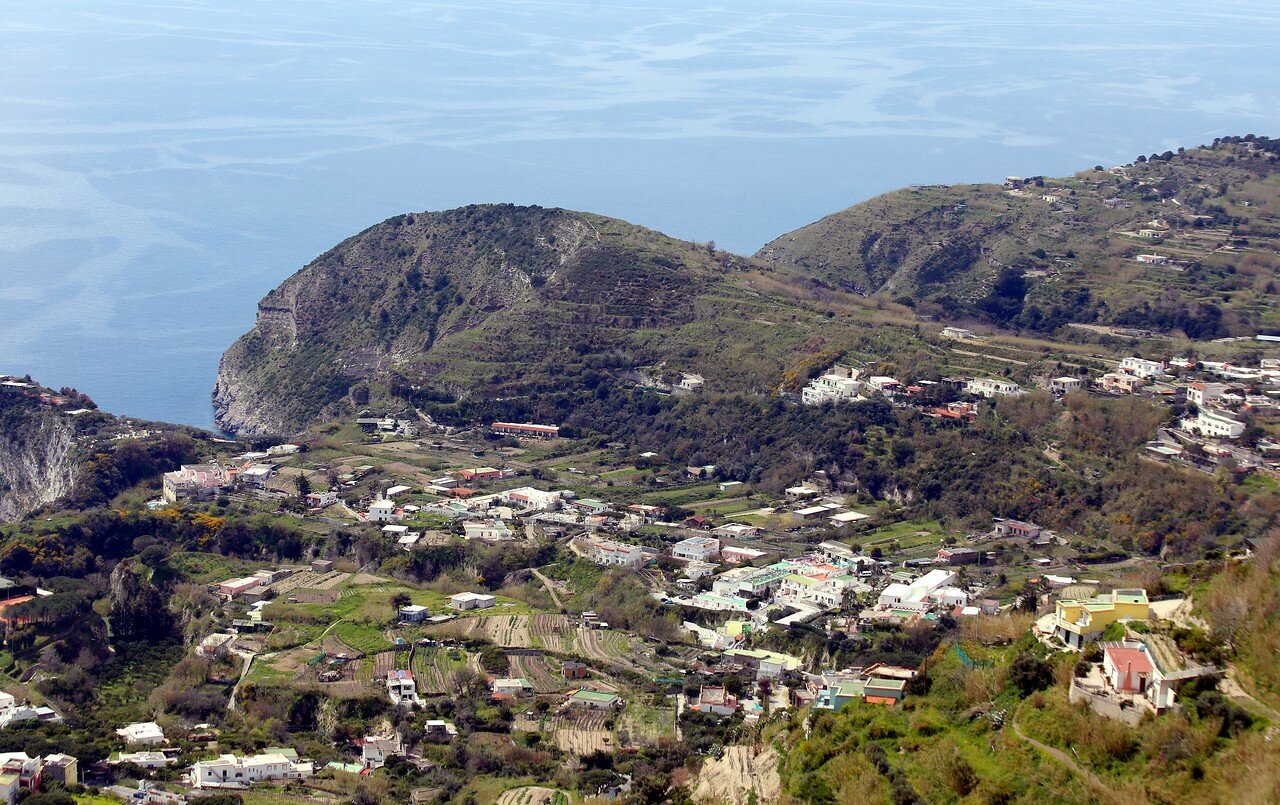 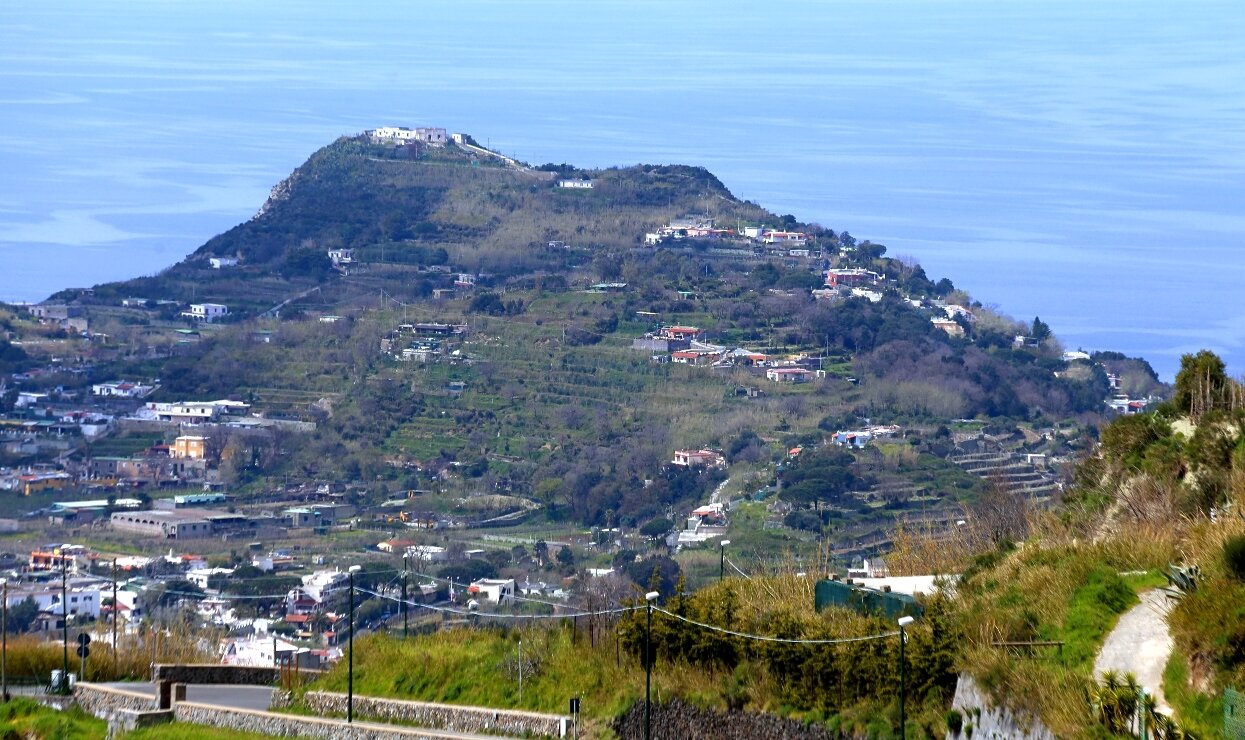 After passing along the promenade to the right, we will once again look at the panorama of the southern coast of Ischia.

Between Cape Chiarito and San Angelo lies a small village of Succhivo. 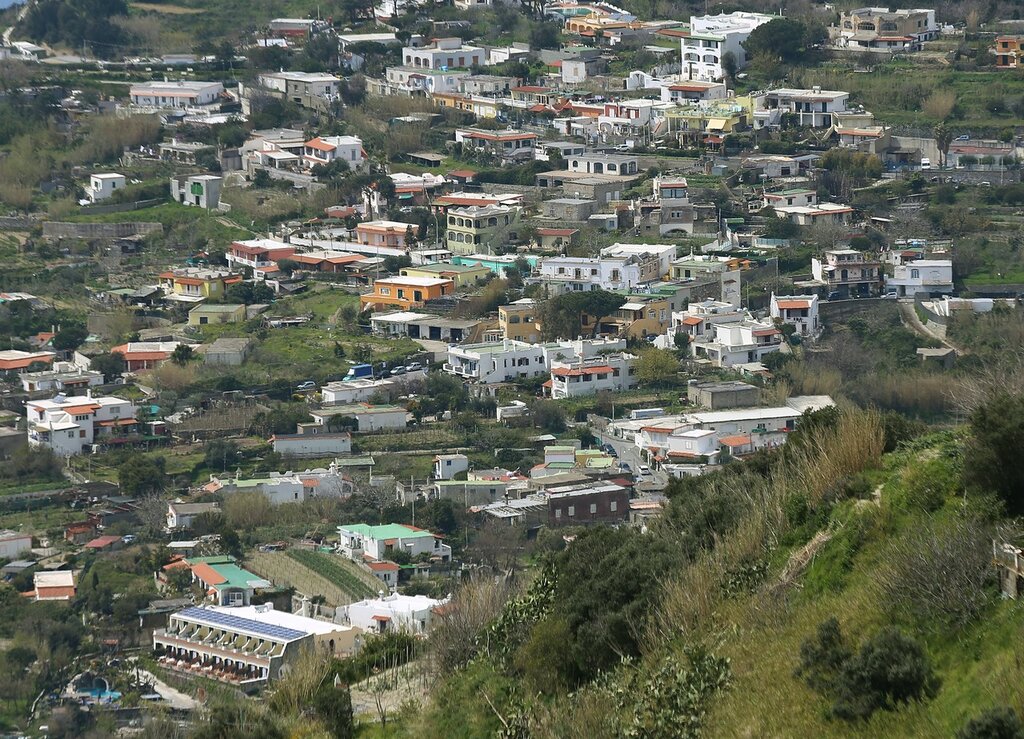 The road leading to Forio. 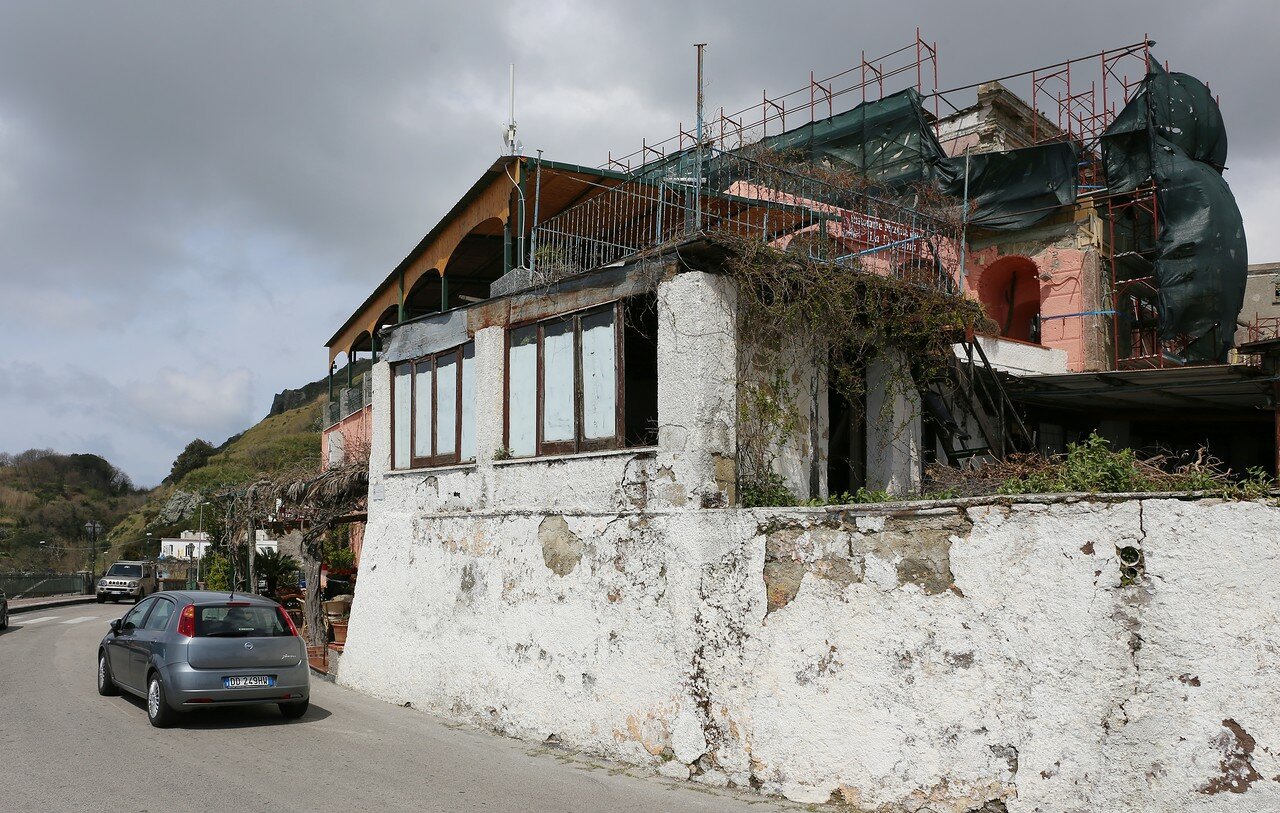 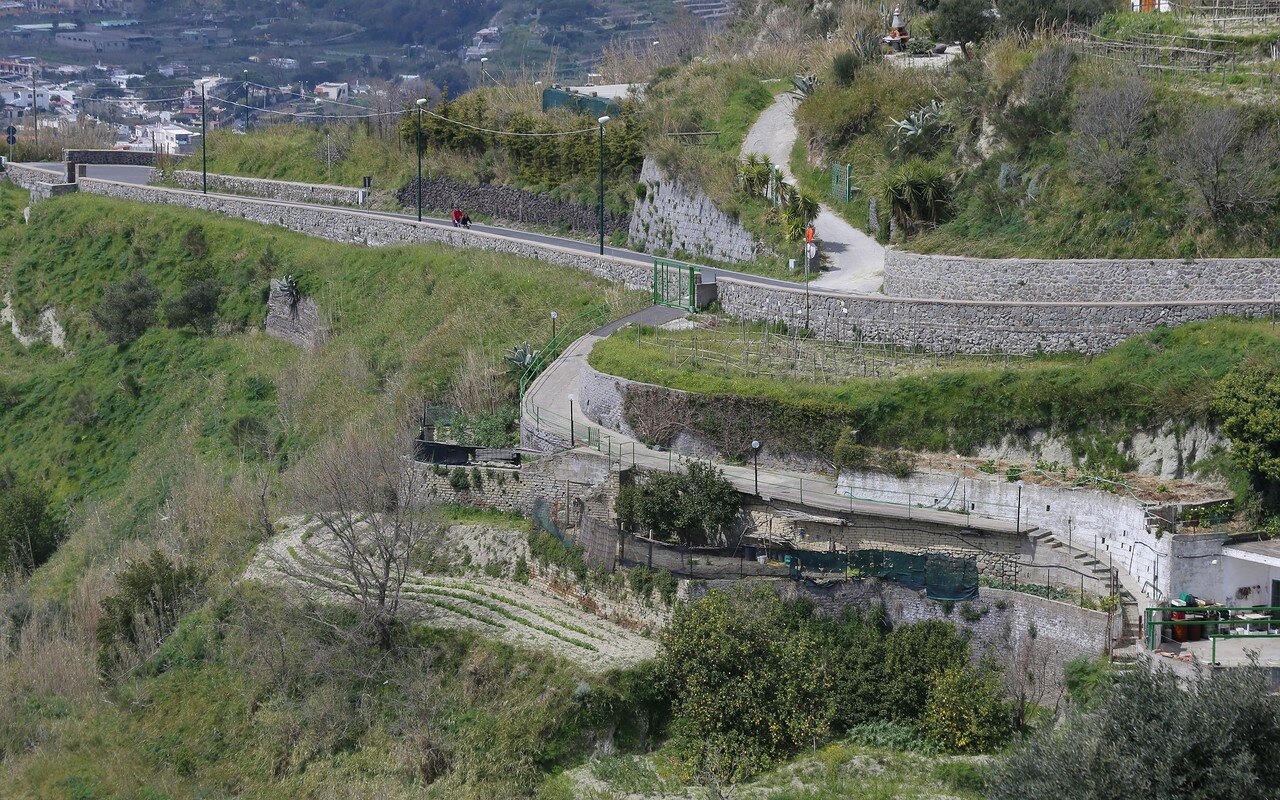 There are a couple of small monuments on the Belvedere. 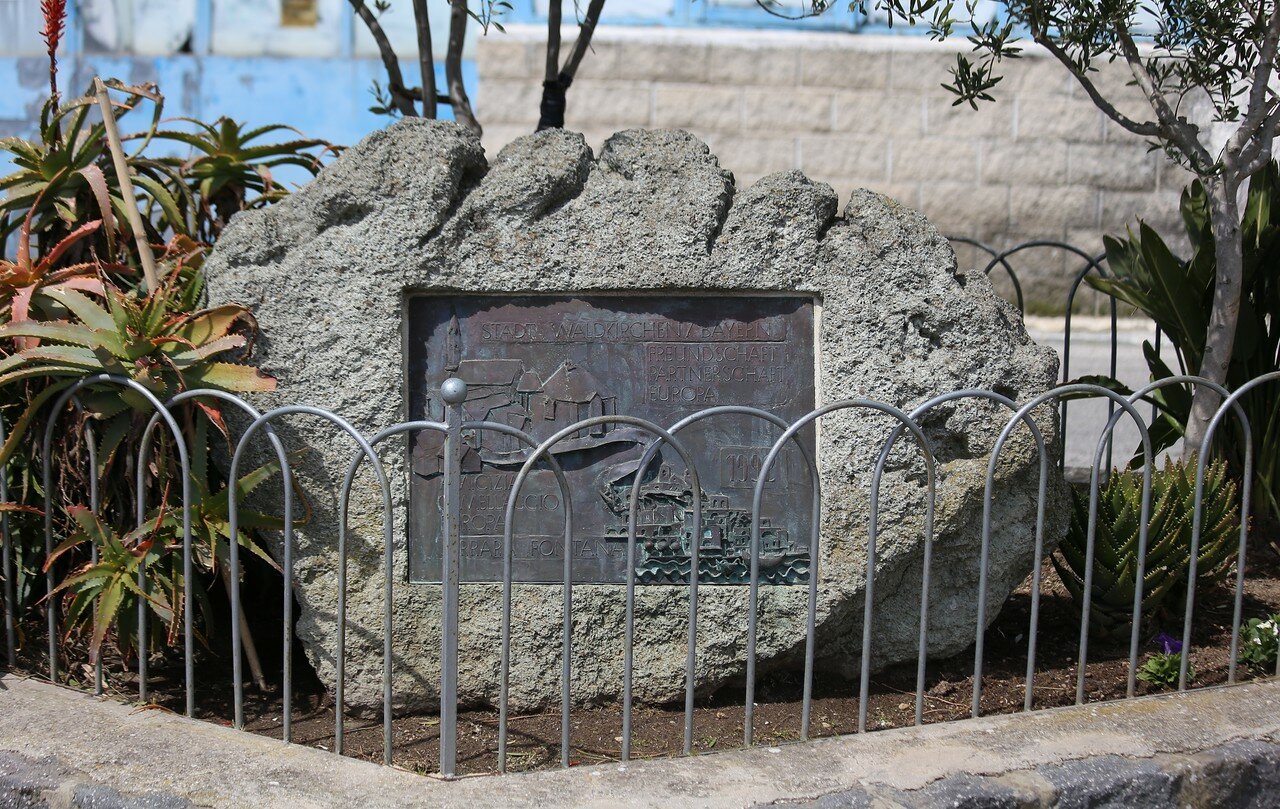 Monument to salvo D'acquisto, a native of Serrara who saved the lives of 22 civilians in 1943. After two German soldiers were killed by a grenade explosion in Rome, the SS took random people, civilians, hostage, demanding the extradition of those who allegedly threw the grenade. In fact, the explosion was accidental, and was used as a pretext for reprisals. On September 23, the hostages were taken outside the city to The palidoro tower for execution, and under the supervision of Italian carabinieri, they were forced to dig a mass grave. Carabinieri Sergeant d'aquisto, knowing that innocent people would be shot, released them and was killed by the SS while covering their escape. In 1983, salvo was canonized by the Catholic Church. The monument is dedicated to the hero's 90th anniversary. 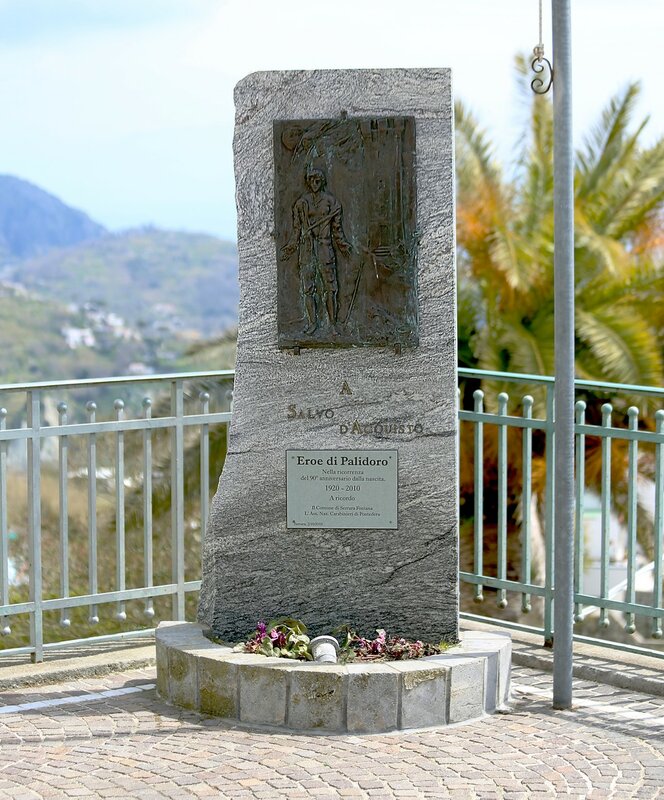