After descending from theMonte Epomeo and looking into the Church of the village of Fontana, I took a bus on the CD ring line, hoping to get to the village of Serrara. However, at the second stop, the driver started a lively conversation with a passing local resident, apparently his friend or relative. Five minutes later, he finally remembered about the passengers and said that the kaput bus will not go any further, get out and wait for the next one, which will be in 15 minutes. No visible problems with the vehicle were observed, and the driver calmly continued the conversation. From this I concluded that the stories about the peculiarity of local transport still have a basis, although in the first days of my stay on the island, I did not find any confirmation of this. Passengers, without expressing any displeasure, acted differently - someone remained seated, apparently knowing that the conversation would end sooner or later, someone got out and sat on a bench at the bus stop to wait for the next bus. Well, I decided to walk to my destination on foot - according to the Navigator, it was no more than half a kilometer to Serrara, and the road went downhill. 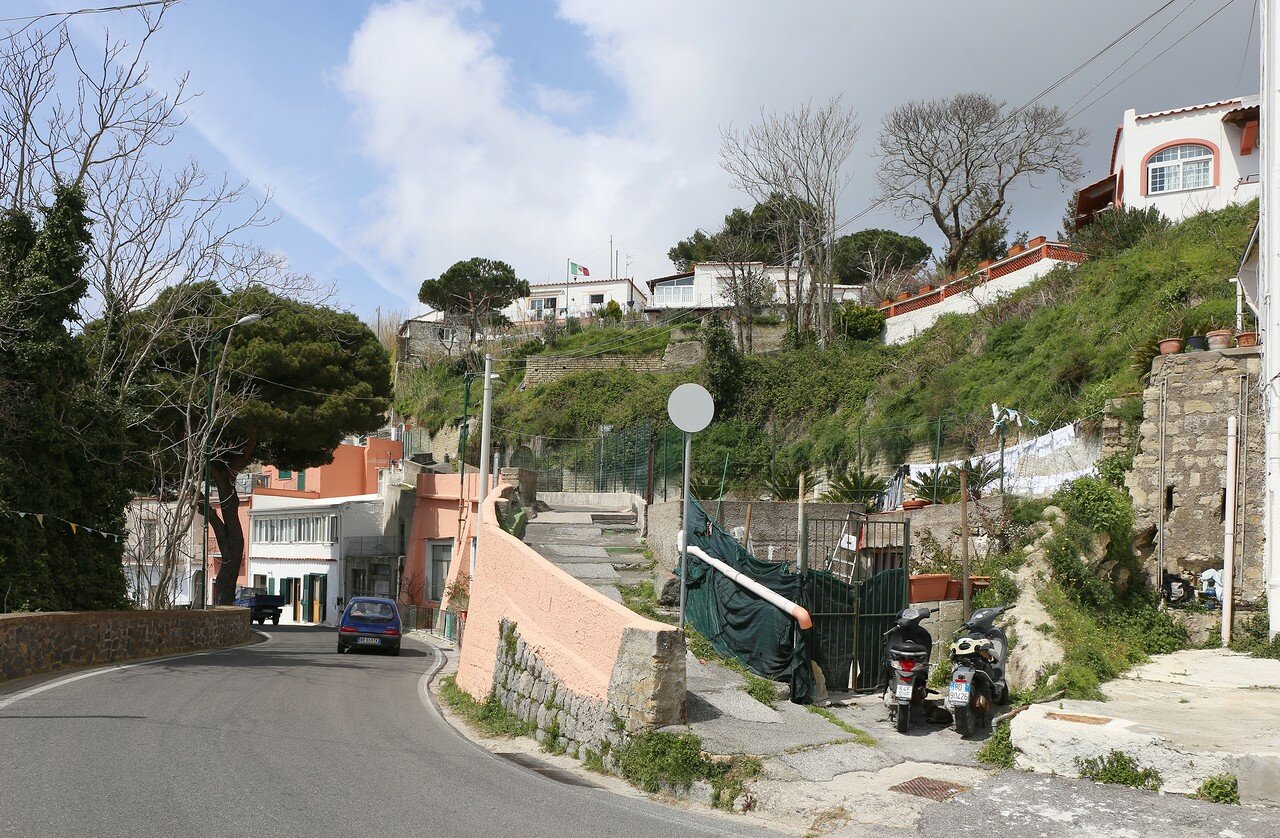 There was no pedestrian sidewalk as such, but I was already used to this feature of the local roads. On one side of the road were snow white villas, 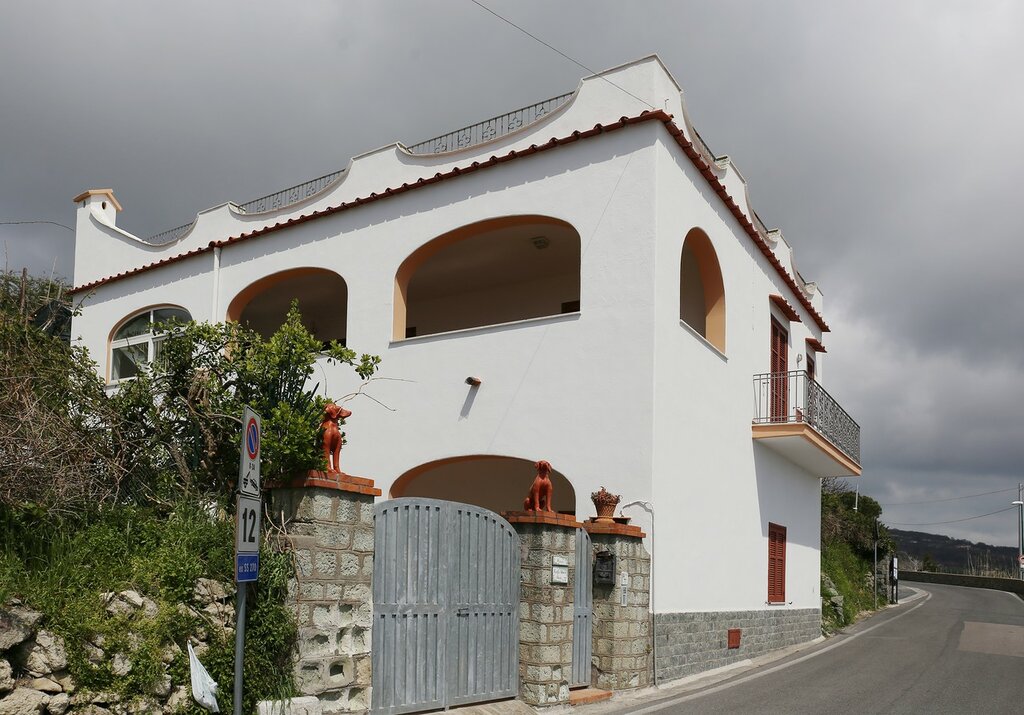 and the gardens, enclosed by a chain-link fence and old spring beds. 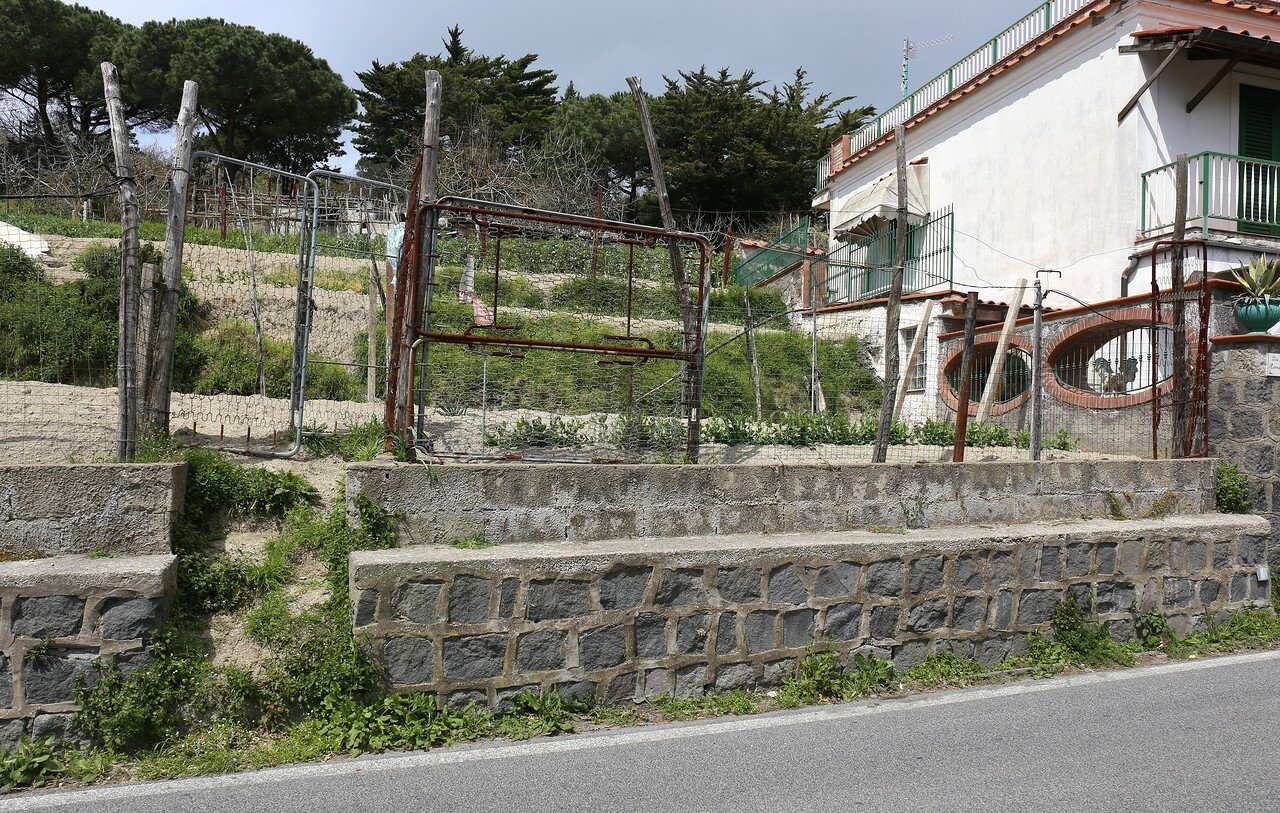 In the walls of many houses, you can see niches and images of the patron saints of the house. 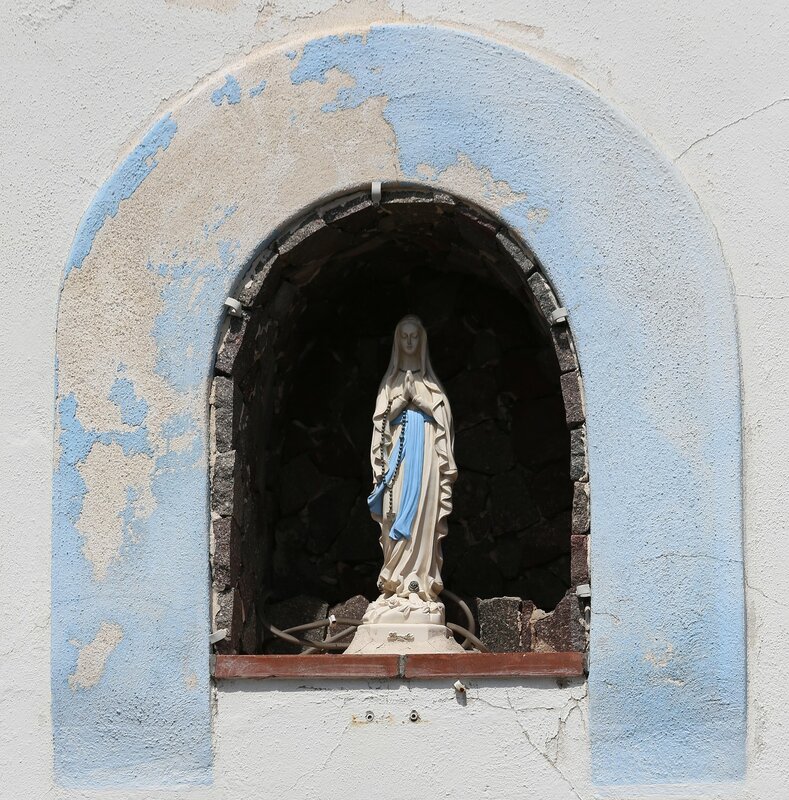 On the other hand, on the left, you could see the town of Barrano d'ischia and the promontory with Monte Cotto. Beyond them, you can see the Bay of Naples with its Islands. 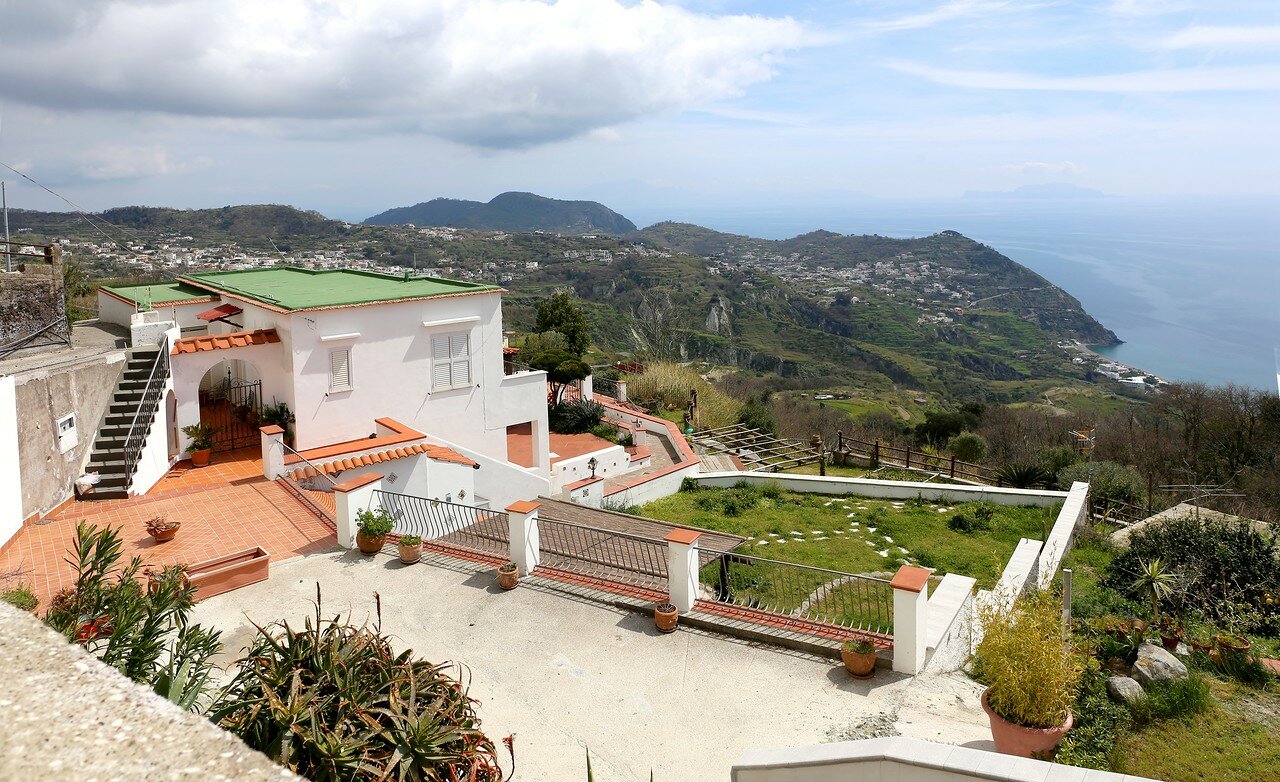 In the telephoto lens, you can see the famous serpentine Maronti. 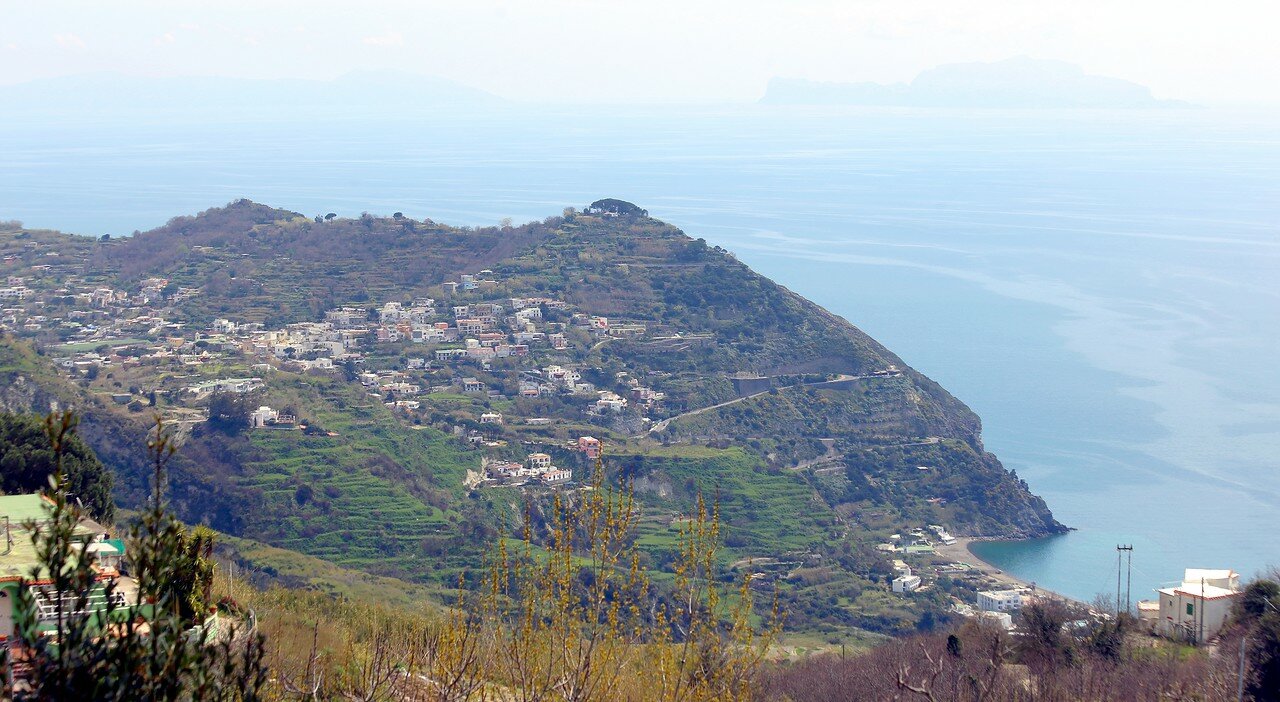 and the village of Testaccio, where this picturesque mountain road begins. 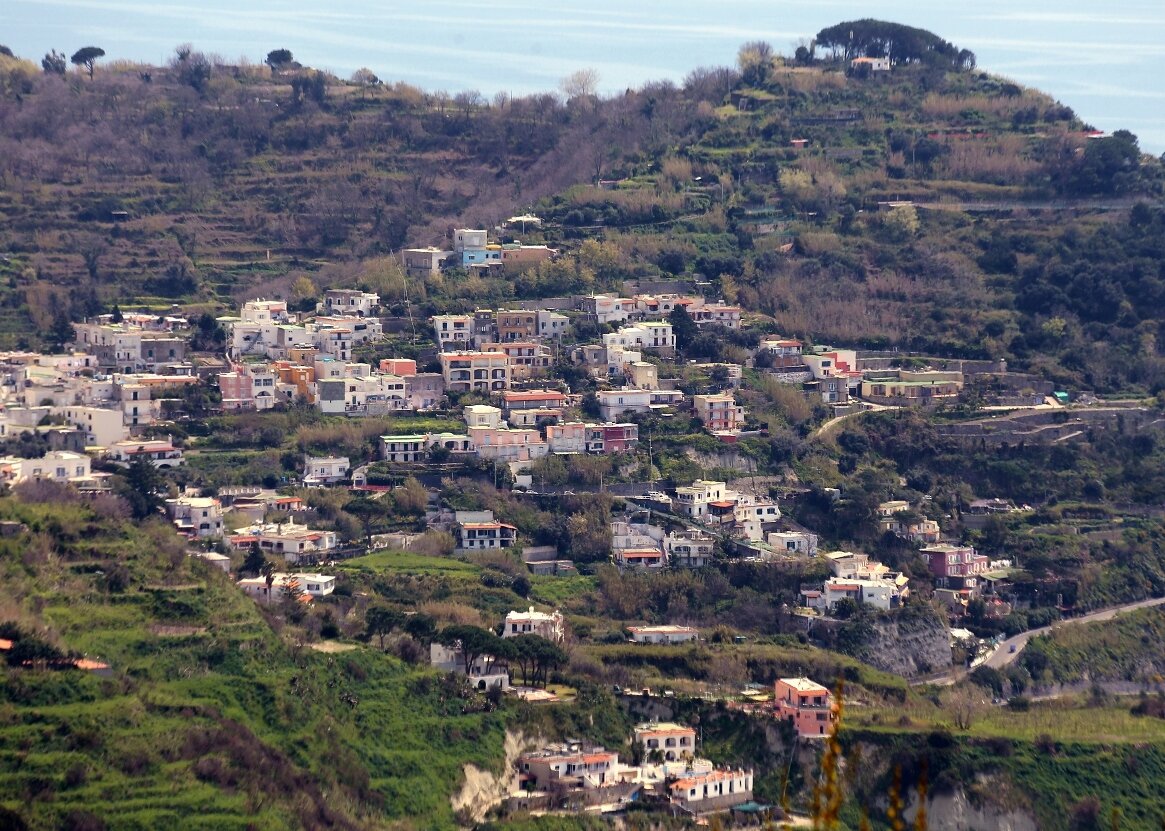 The Sorrento Peninsula and the island of Capri were blue on the horizon. 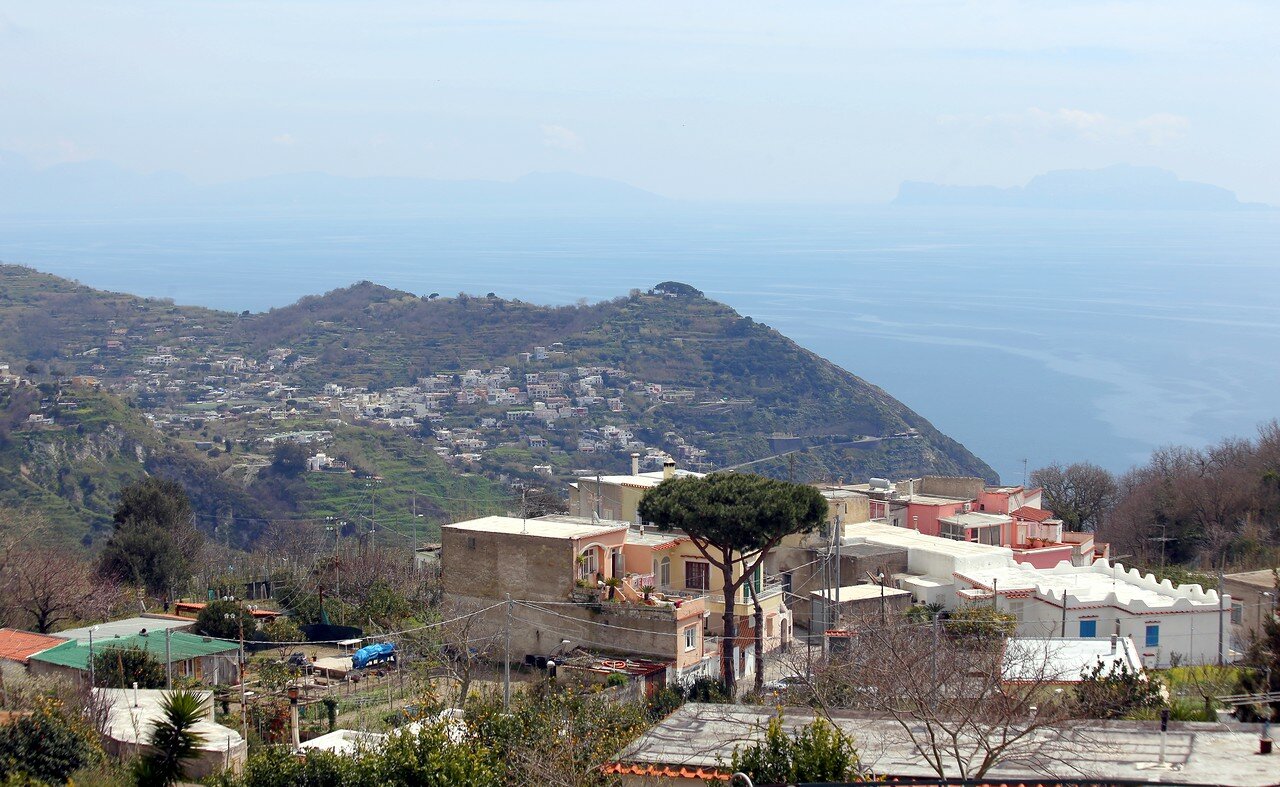 To the right, on the coastal slopes, are the countless farms of Serrara. 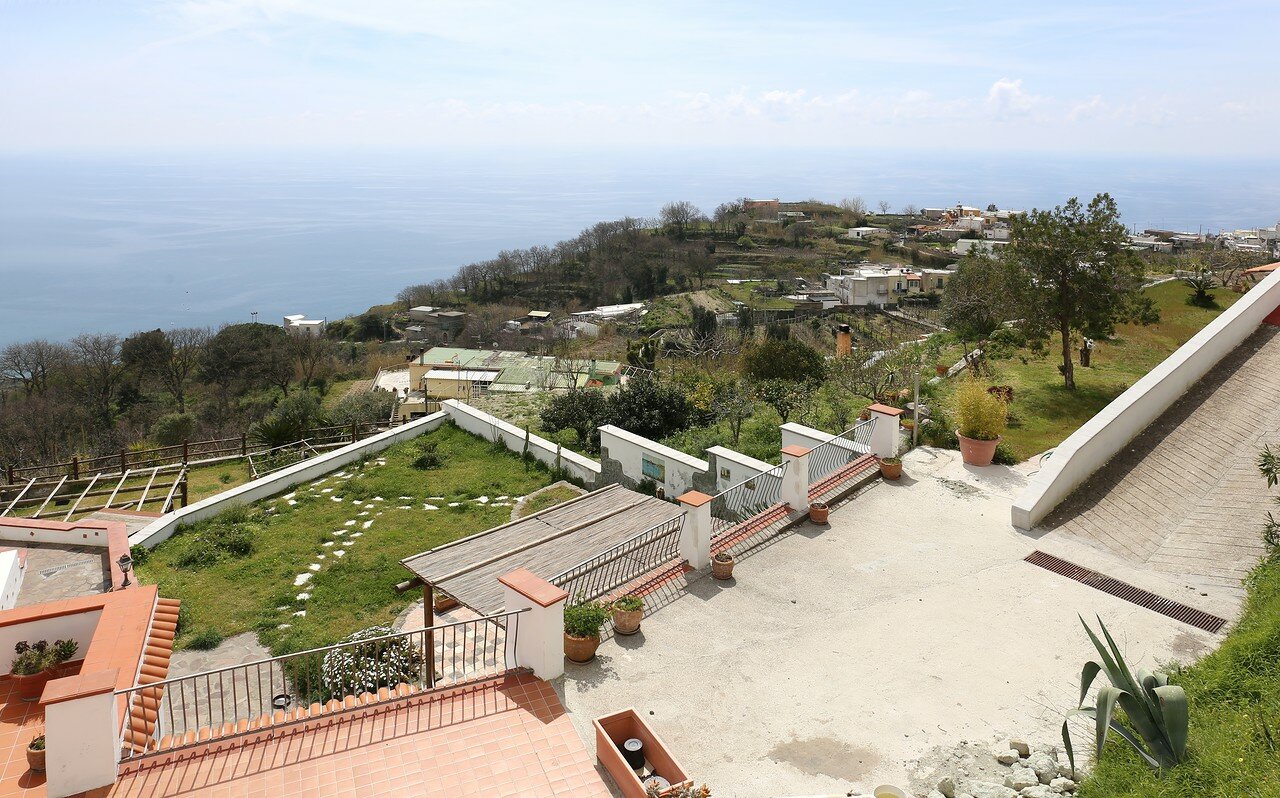 The village of Serrara (derived from the word "mountain") is located on the southern slope of the island, at an altitude of 366 meters above sea level.

Together with the already familiar ancient Fontana, Serrara forms the regional center of the smallest and most mountainous municipality of the island of Ischia - Serrara Fontana. 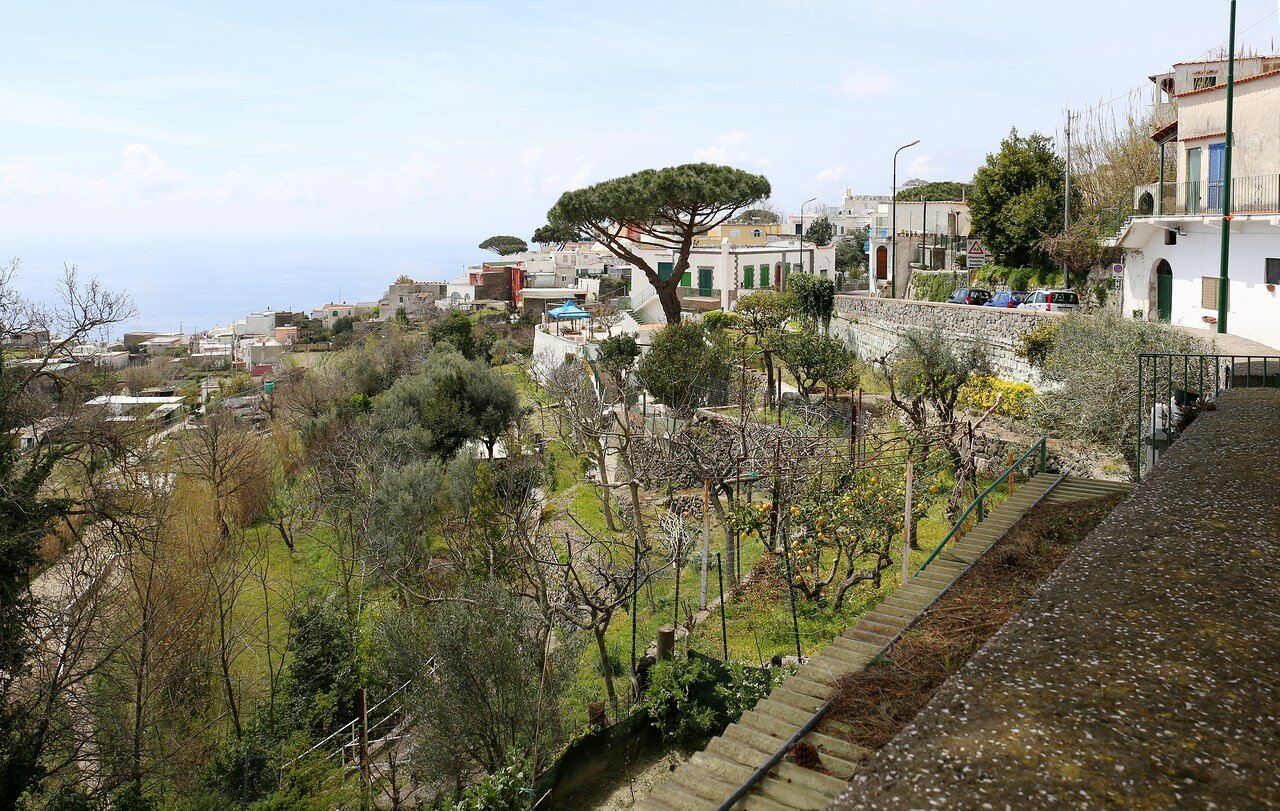 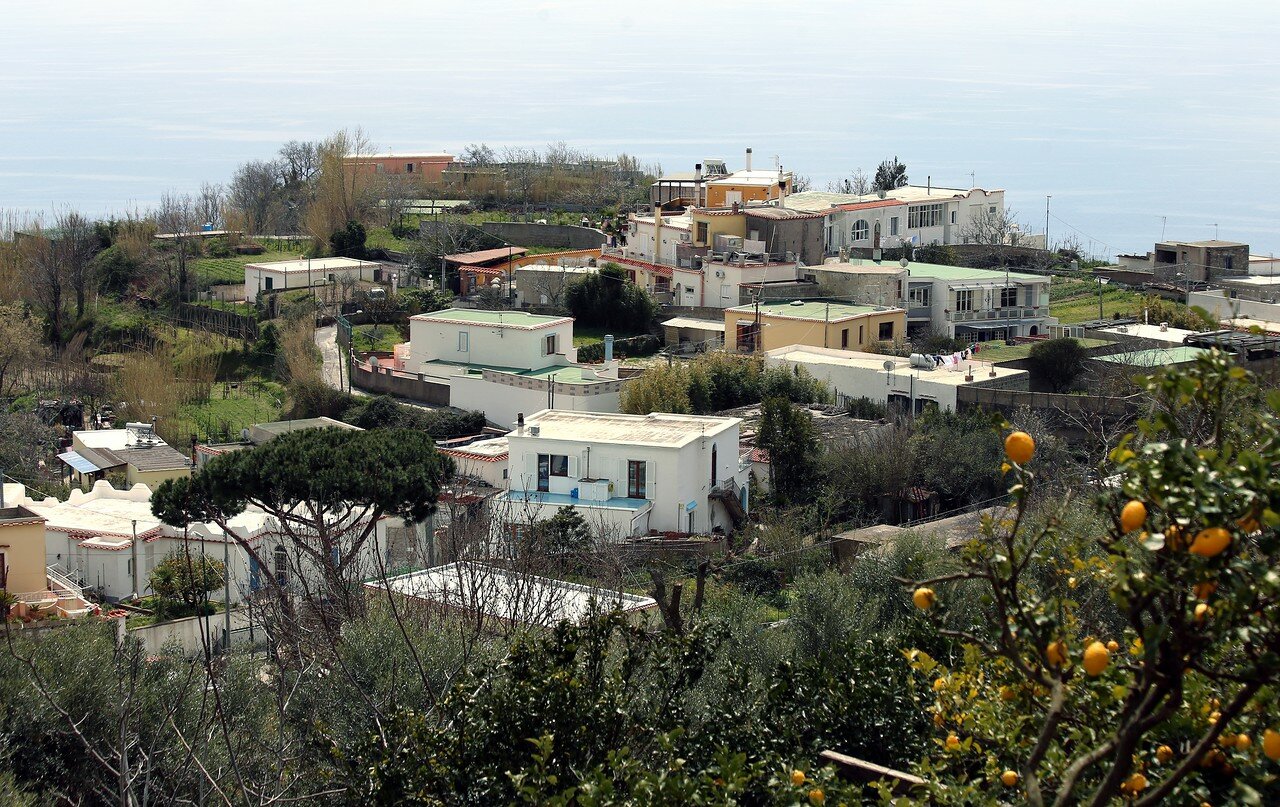 On the territory of Serrara Fontana is a picturesque forest area "Falanga", and thermal resorts - a favorite vacation spot of German Chancellor Angela Merkel and her husband, who spend their annual summer holidays here. 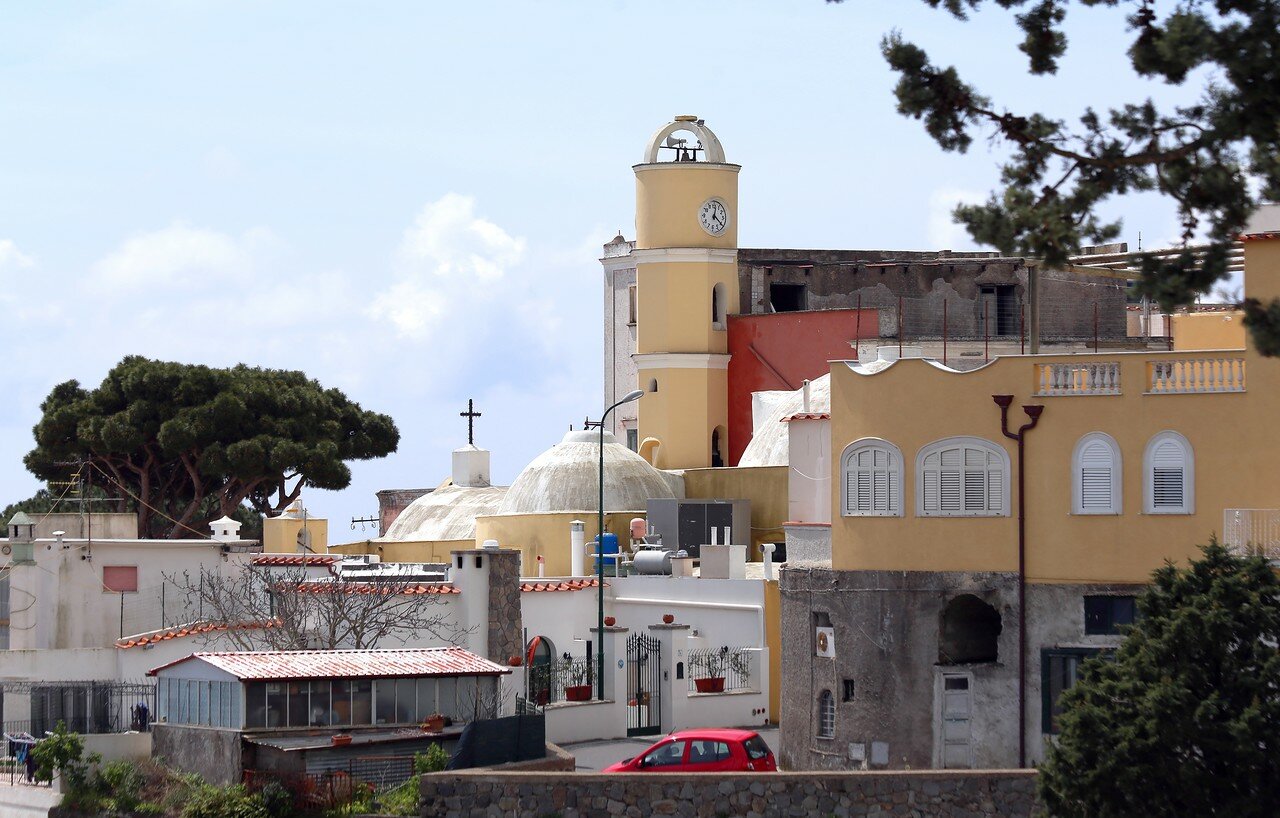 In the center of the village is the administration of the commune of Serrara Fontana and a couple of churches and an old building of a former monastery. At one time, Serrara was the seat of the Bishop of Ischia. 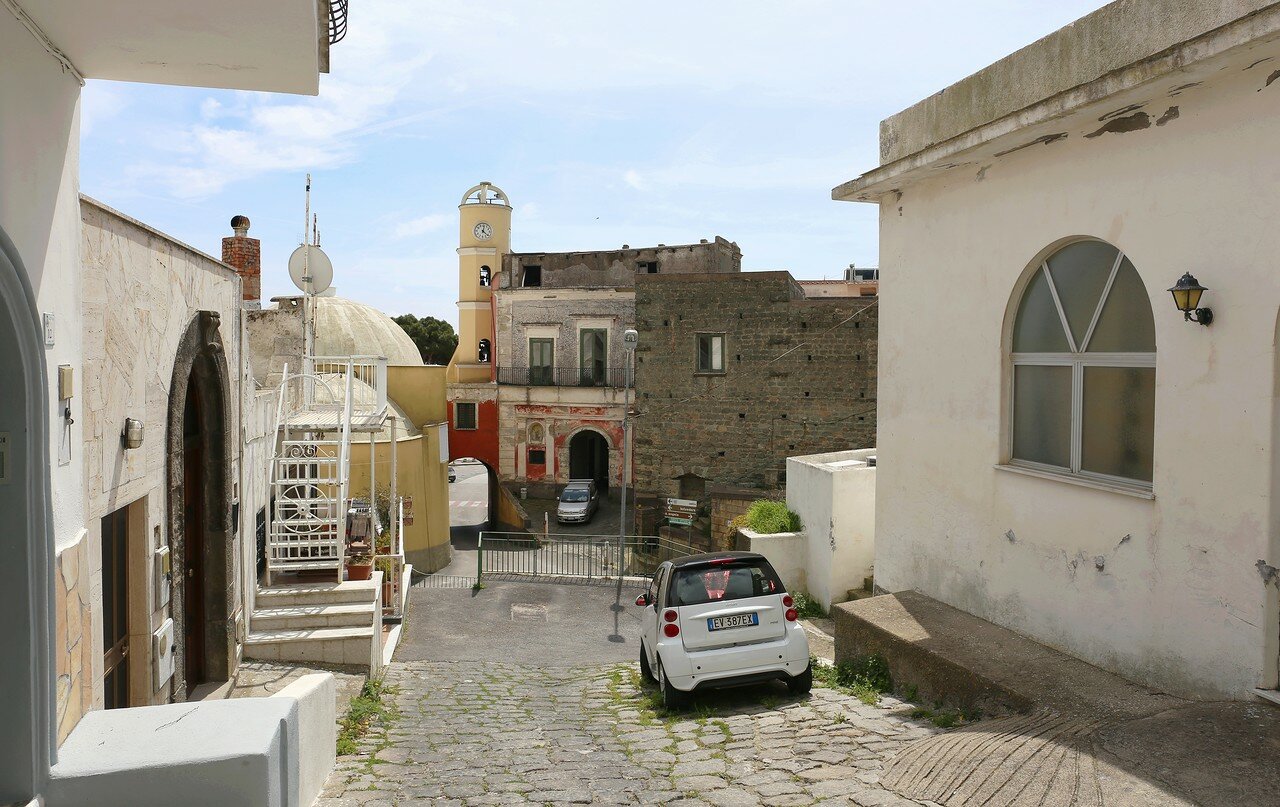 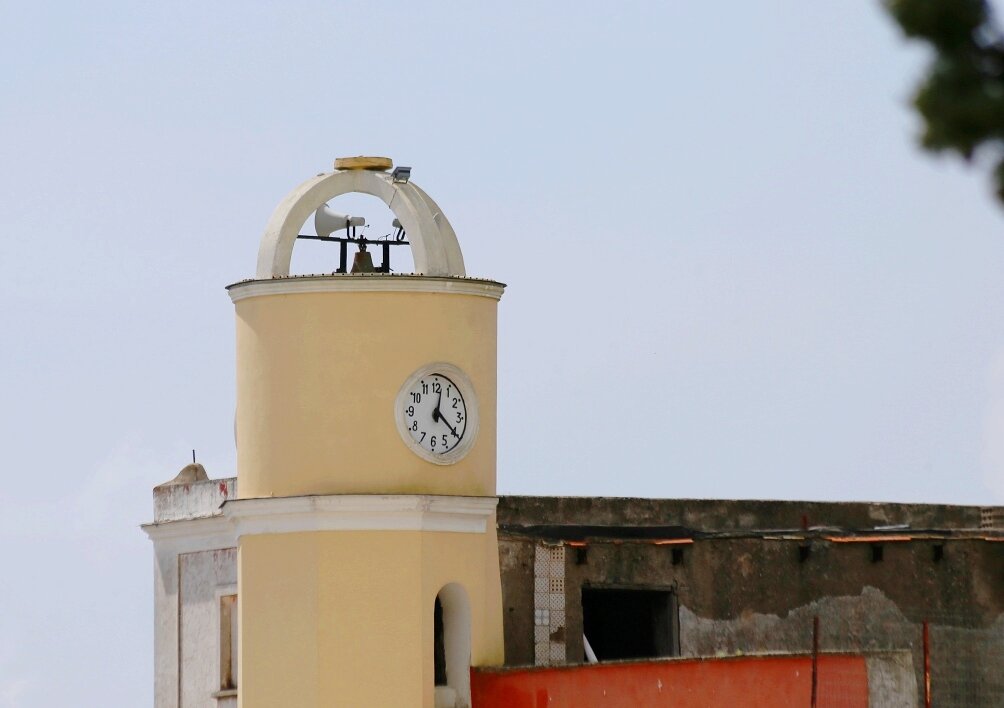 A large arch in (on the left) leads to the main square of the town. 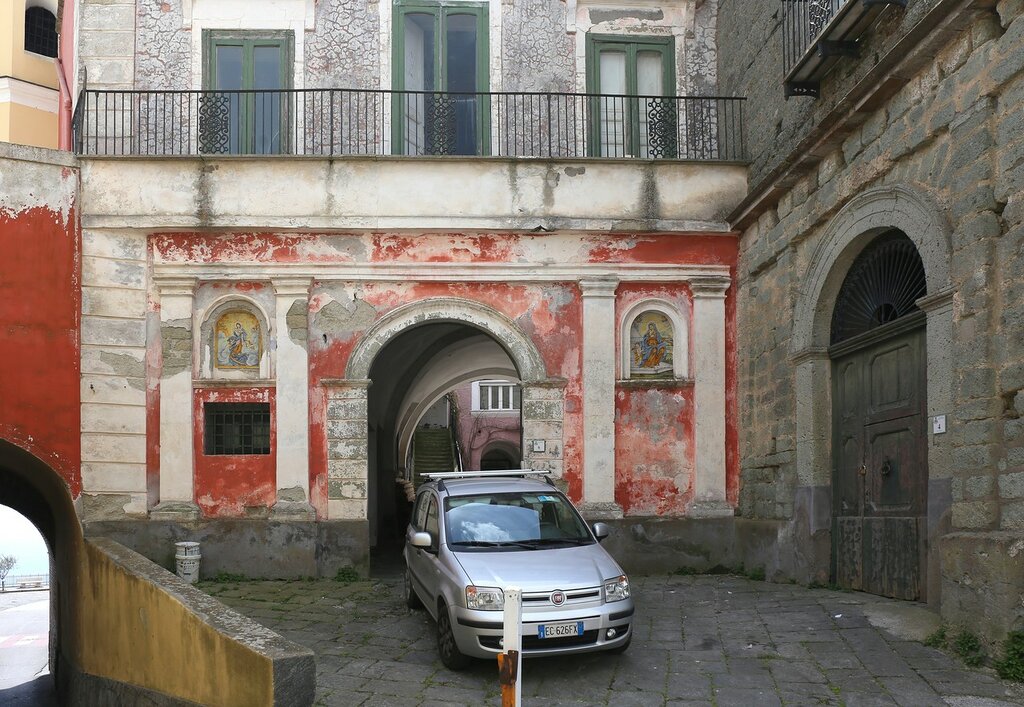 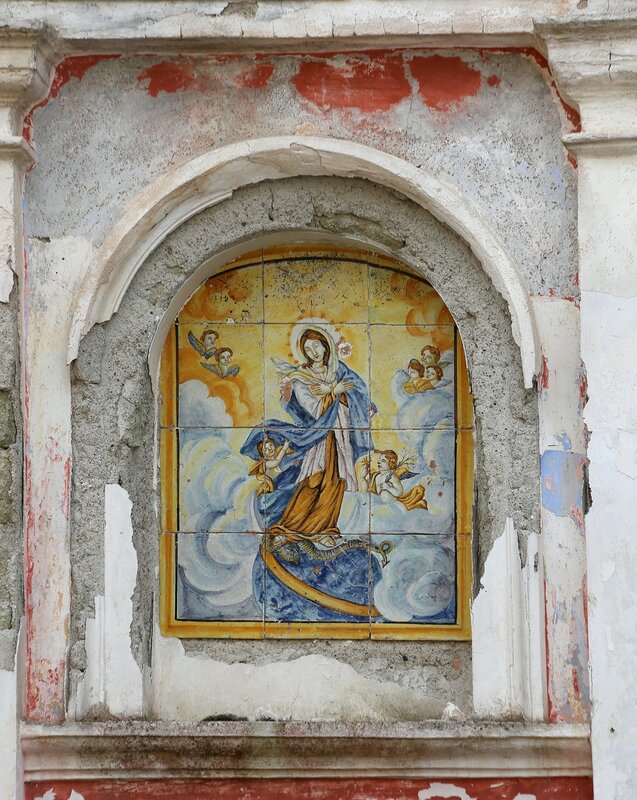 The square is served by the Serrara bus stop on the CS and CD lines. 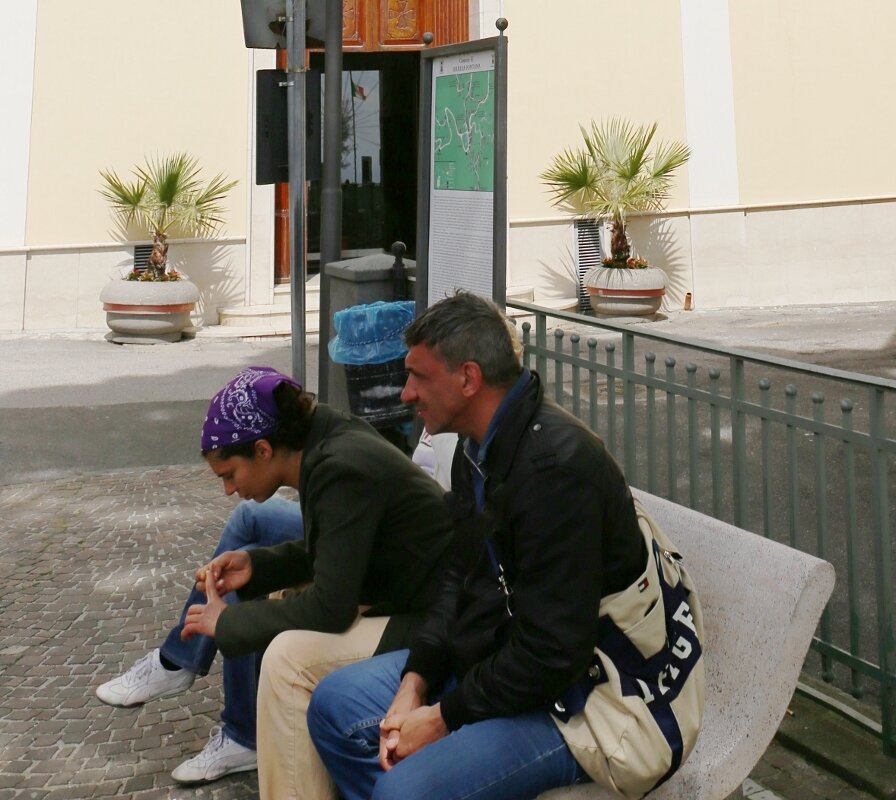 The square ends with a viewing platform-a Belvedere (on the map), which offers one of the best views on the island. 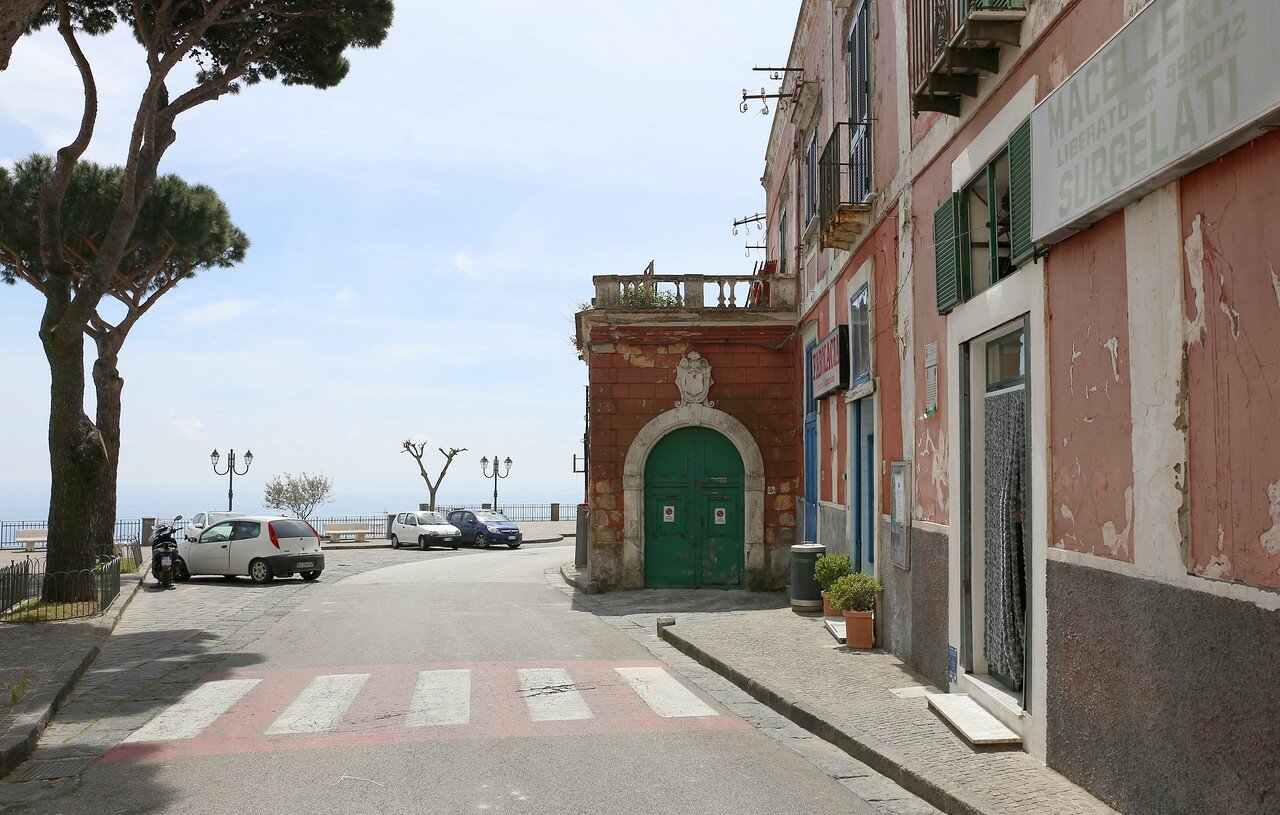