From the Archaeological Museum, I headed toward San Montano Bay. Here in the valley between the mountains of Monte Caruso and Monte Vico lies the beautiful Park of Ischia-Negombo. 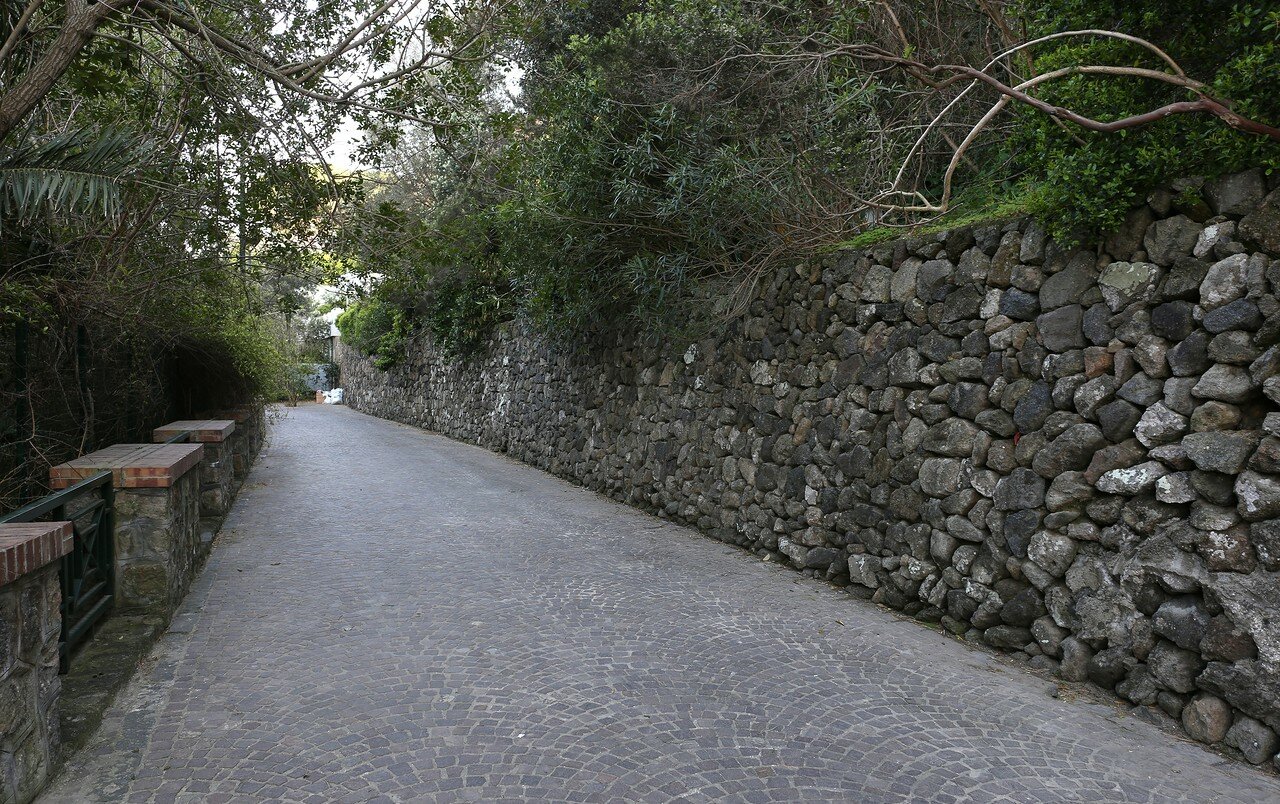 In 1946, Duke Luigi Camerini, a traveler and botanist, chose the coast of San Montano Bay to organize a Botanical Park. This beautiful area reminded the traveler of Negombo Bay in Ceylon, which determined the name of the Park. 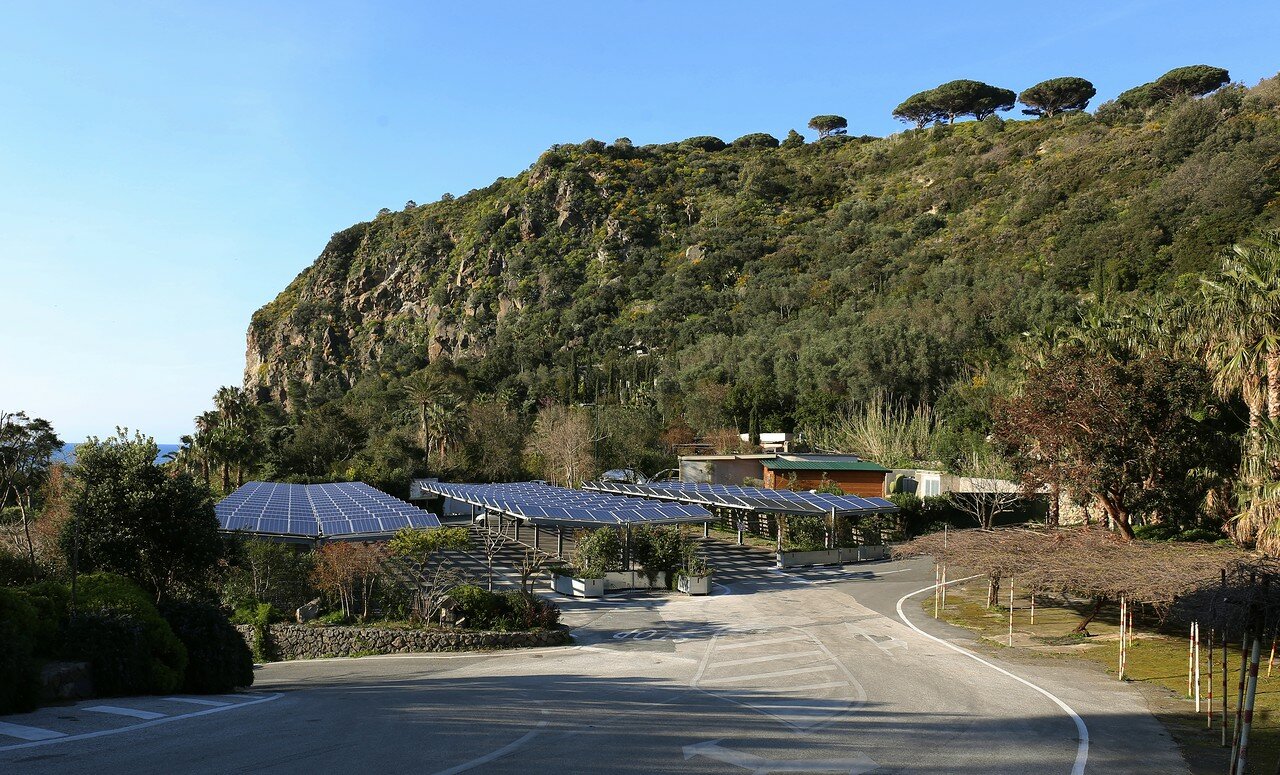 The Park's flora is represented by a wide variety of Mediterranean and tropical vegetation - more than half a thousand species. There are many olive trees, agave and aloe trees, palm trees and ficus trees. 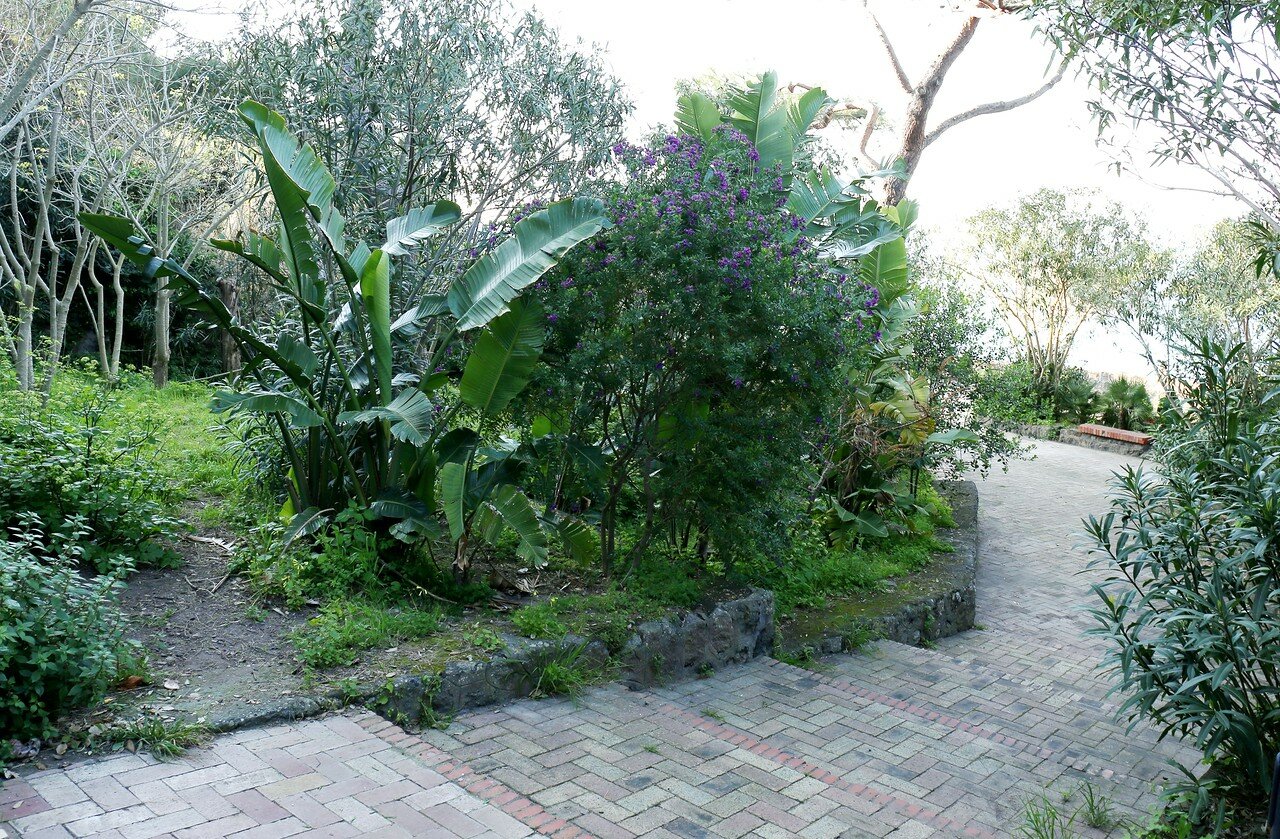 On the hot springs of Negombo Park (Negombo Giardini Termali on the map), swimming pools, a sauna, a Turkish bath in a natural grotto, and several bars were built. There is a summer theater where musical evenings and performances are held. 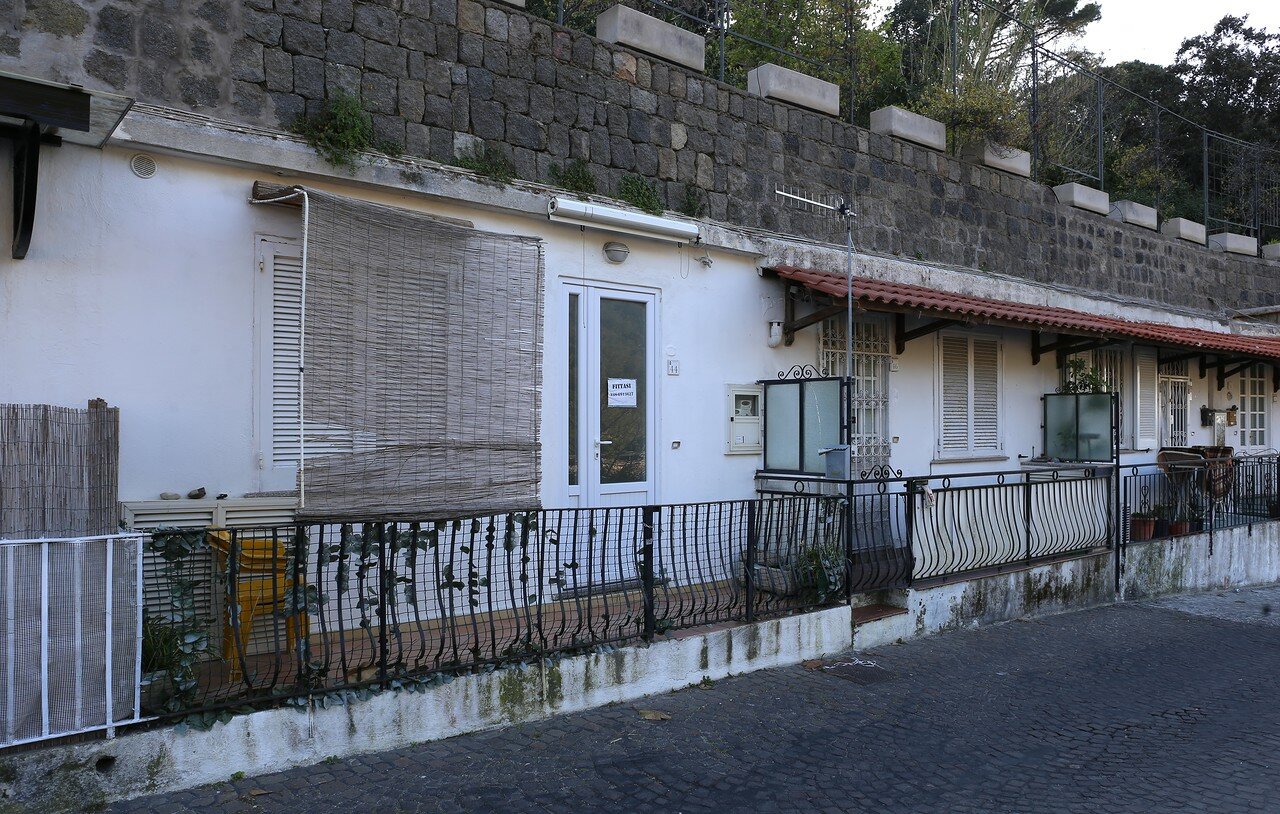 The bottom of San Montano Bay (on the map) is covered with fine sand and falls very gently. 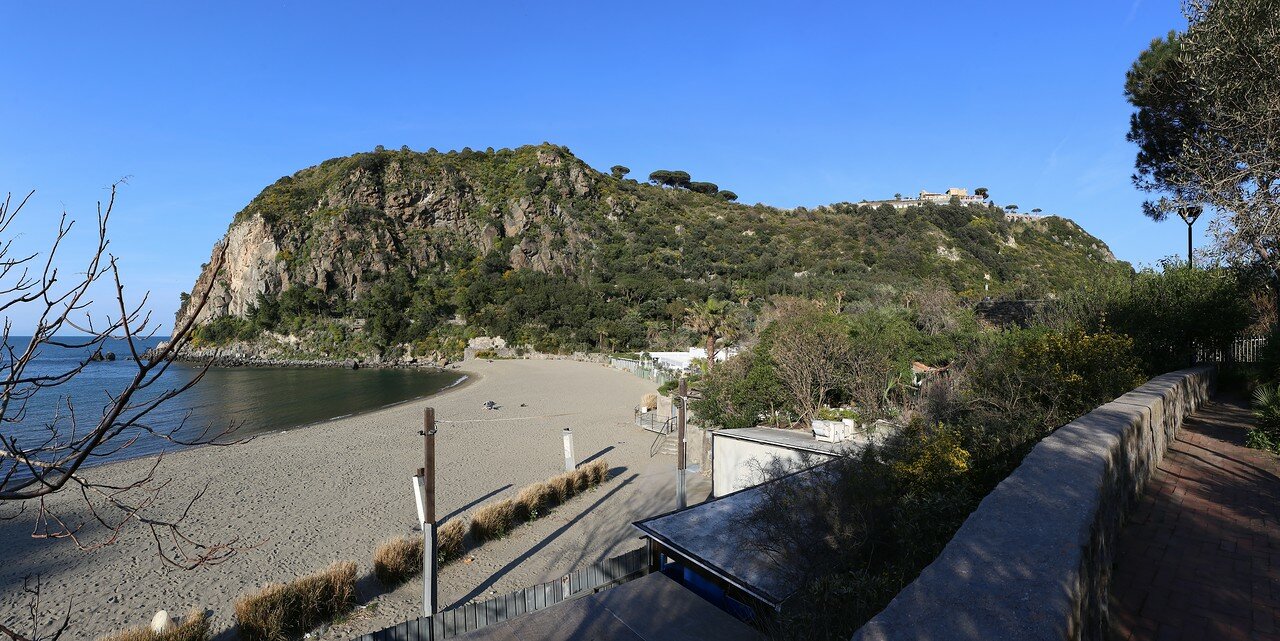 The water here is well warmed up, and mount Vico closes the beach from the winds from the sea. Therefore, the bathing season in San Montano opens earlier than on other beaches. 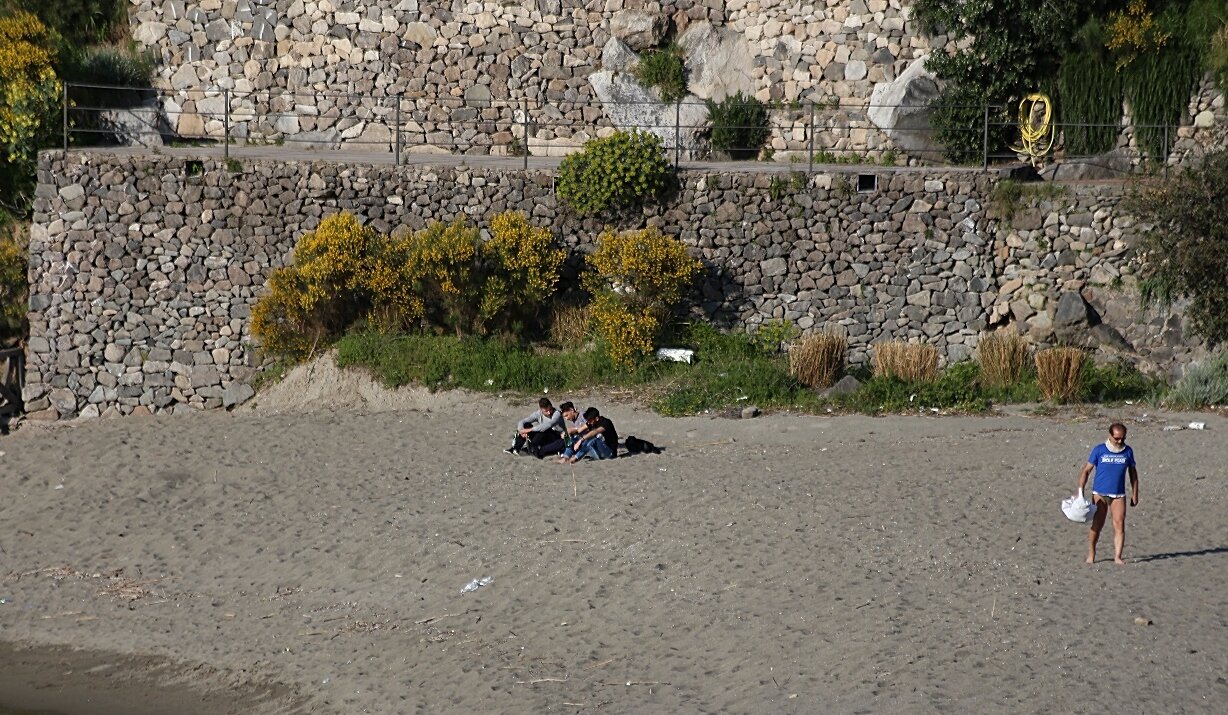 Now, in the first half of April, you can still see only individual fans of air baths here. A small chapel at the entrance to the Park. 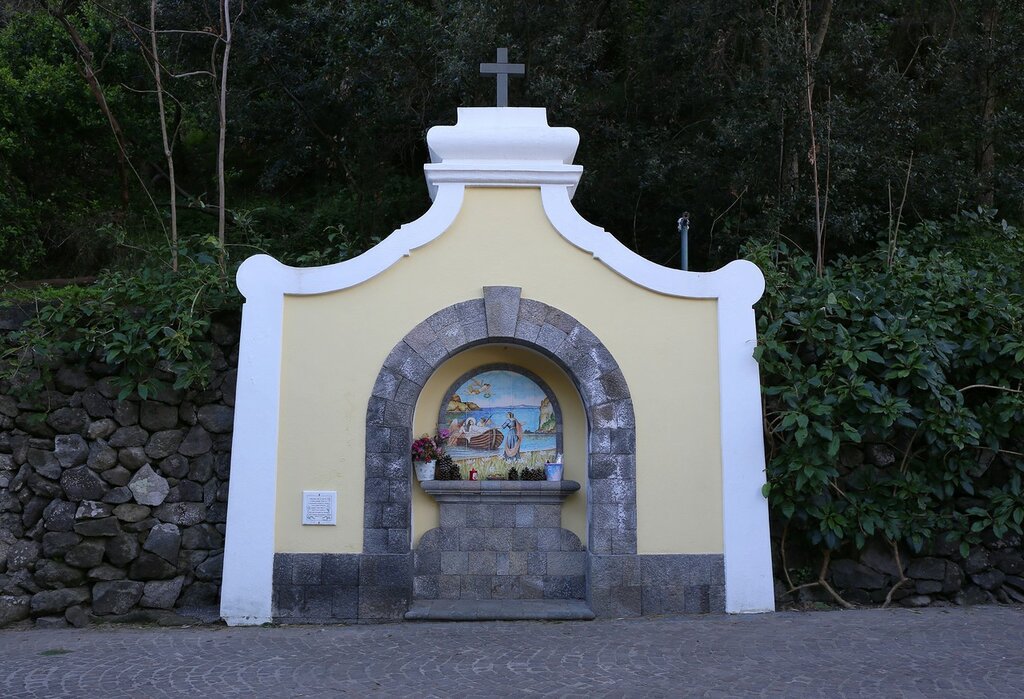 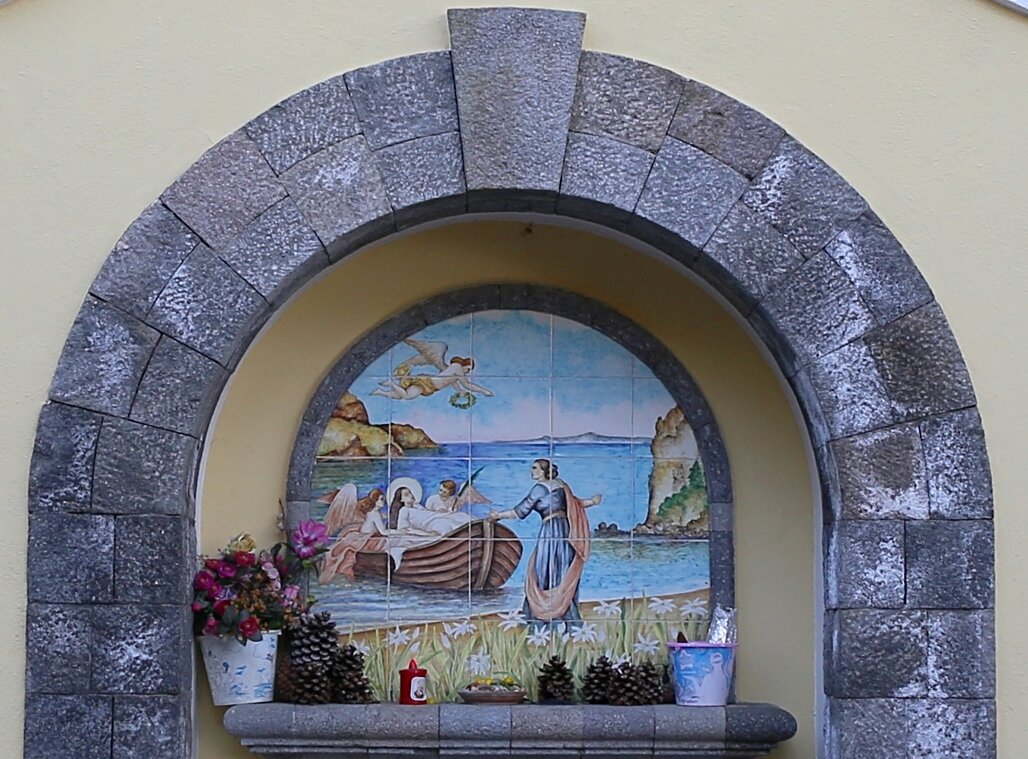 Then I decided to climb Monte Vico, which is 116 meters above sea level. 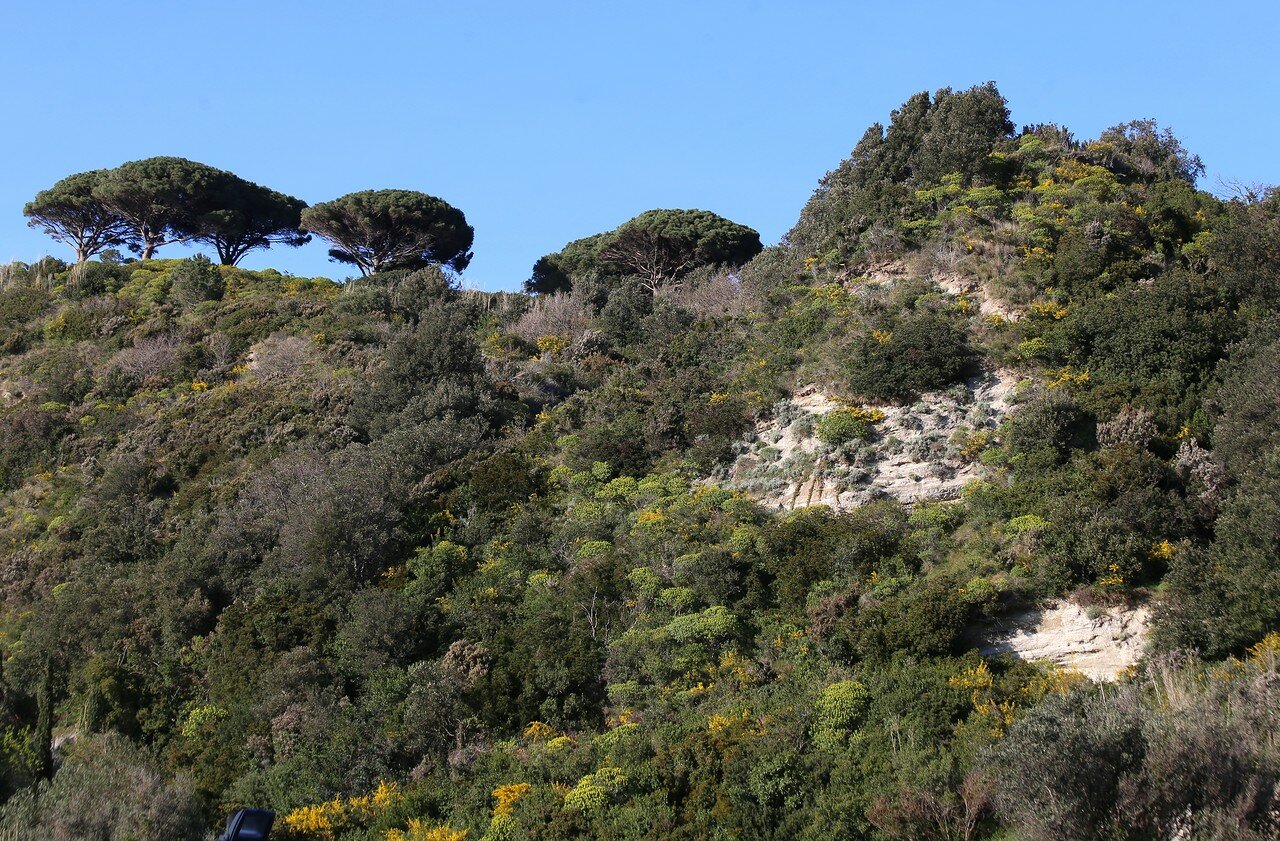