At the end of Corso Vittoria Colonna, in its narrowest part, there is a small Church (map). Its white façade with a neoclassical portal decorated with two terracotta vases looks very simple and elegant at the same time. 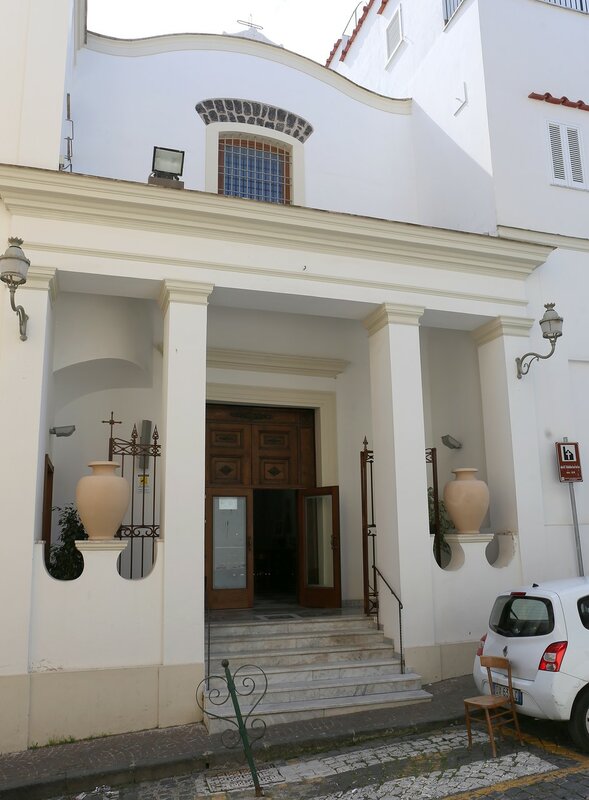 In 1870 a wealthy family, Marioni isolated from their holdings of land for construction of the church. Archbishop Francesco D'avera proposed to dedicate the Church to the image of the virgin Mary, revered by the residents of the quarter. An ancient statue of the virgin Mary decorated the street altar in the house belonging to the pious family of Manzi. The construction was carried out on donations from residents of surrounding houses and went relatively quickly - in the quarter lived non-poor people. The temple was consecrated on April 27, 1873, receiving the name of the virgin Mary Addolorata. A statue of Saint Mary Addolorata, dressed in an ornate cloak, placed in the central niche behind the altar. To the right and to the left of the altar you can see two paintings painted by an unknown artist in the early 20th century. The right depicts the scene of removal from the cross, on the left-the myrrh-bearing Wife (Three Mary), at the tomb of the Lord. Ceiling painting made by the artist Giuseppe Fatigue in 1912. 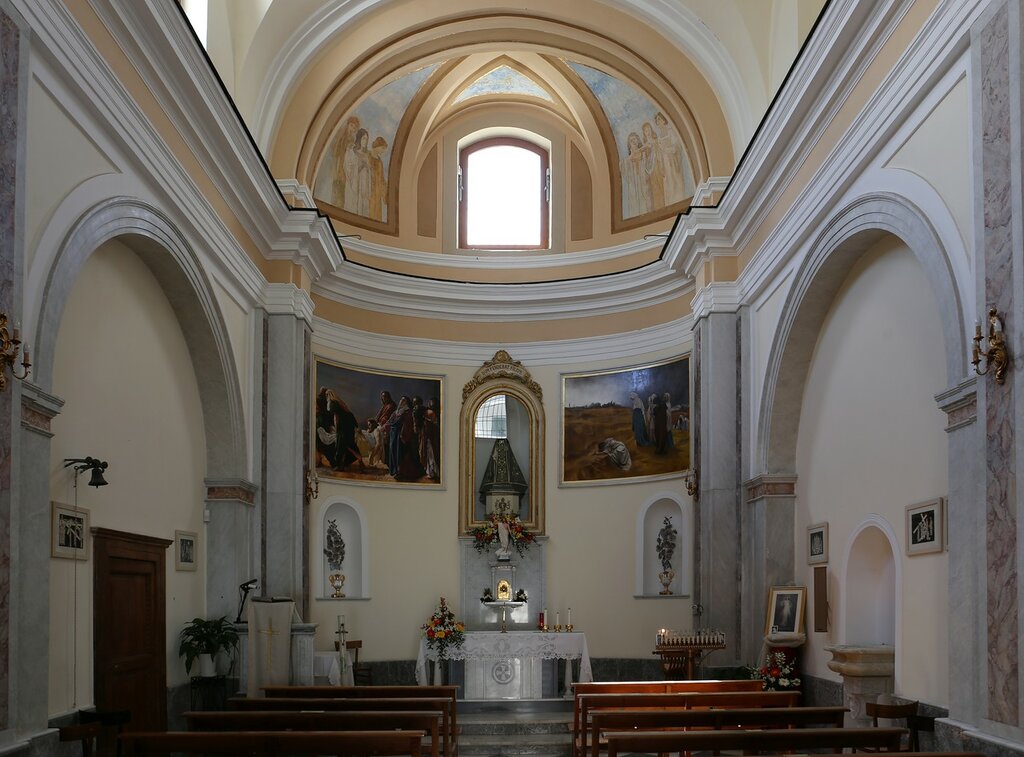