From Home of the Sun I went down a shady alley along the southern slope of the island. 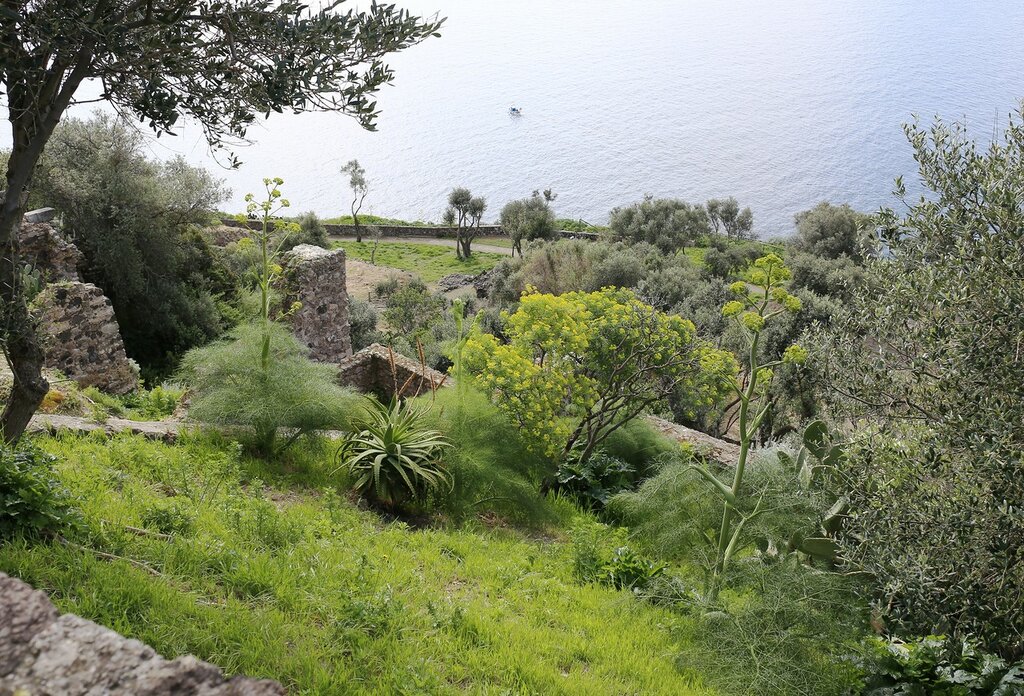 serpentine Path descends to the lower terrace of the temple of the Sun. 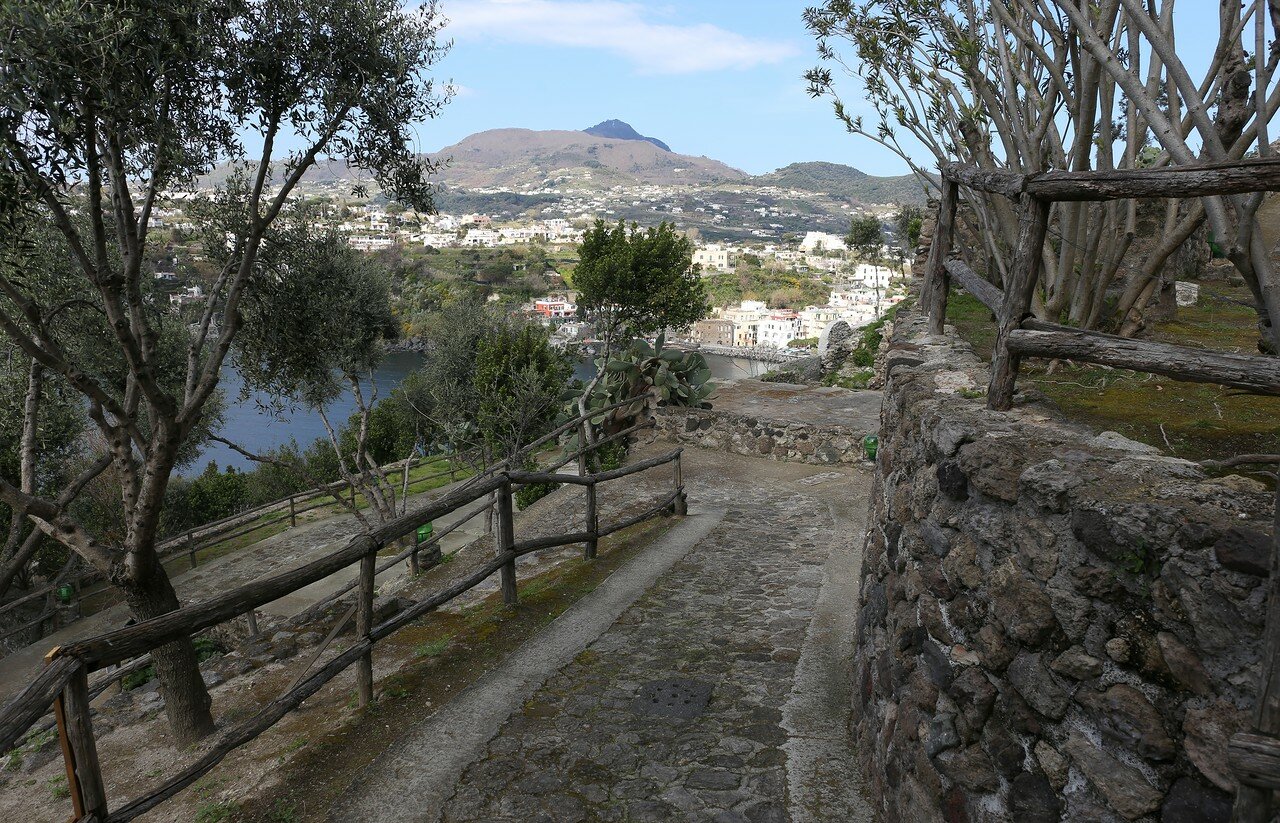 Judging by the large number of lamps, the alleys in the dark are illuminated, but I was late in the evening in Ischia Ponte twice and always seen this part of the island is completely dark. It would be very romantic to walk along the paths at sunset, but after 18 hours visitors to the island is not allowed, as I was able to verify last night. Although the schedule says that the access is open from 9 a.m. until dark. Perhaps this pleasure is only available to hotel guests located on the premises of the former monastery of St Mary of the comfort girls. 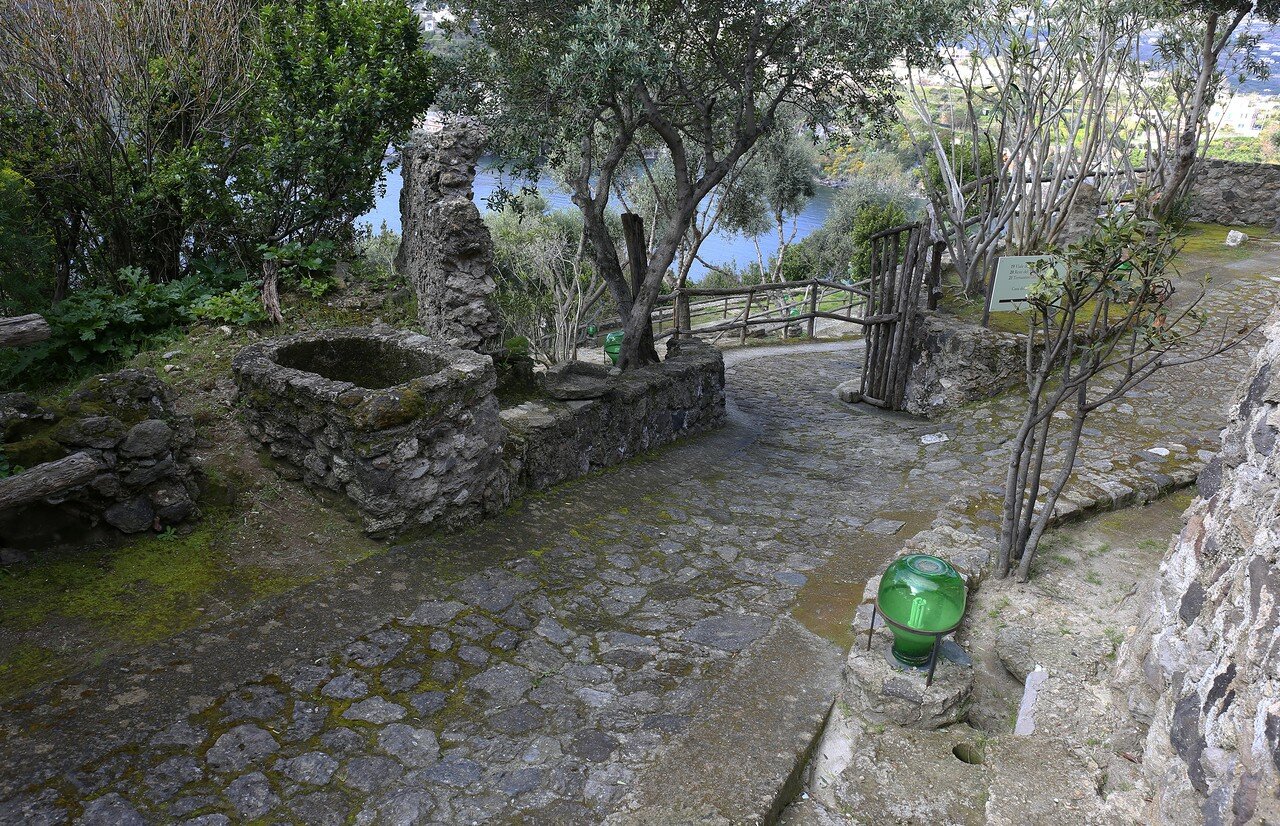 What was the temple of the Sun, when it was built and destroyed, no information could not be found. 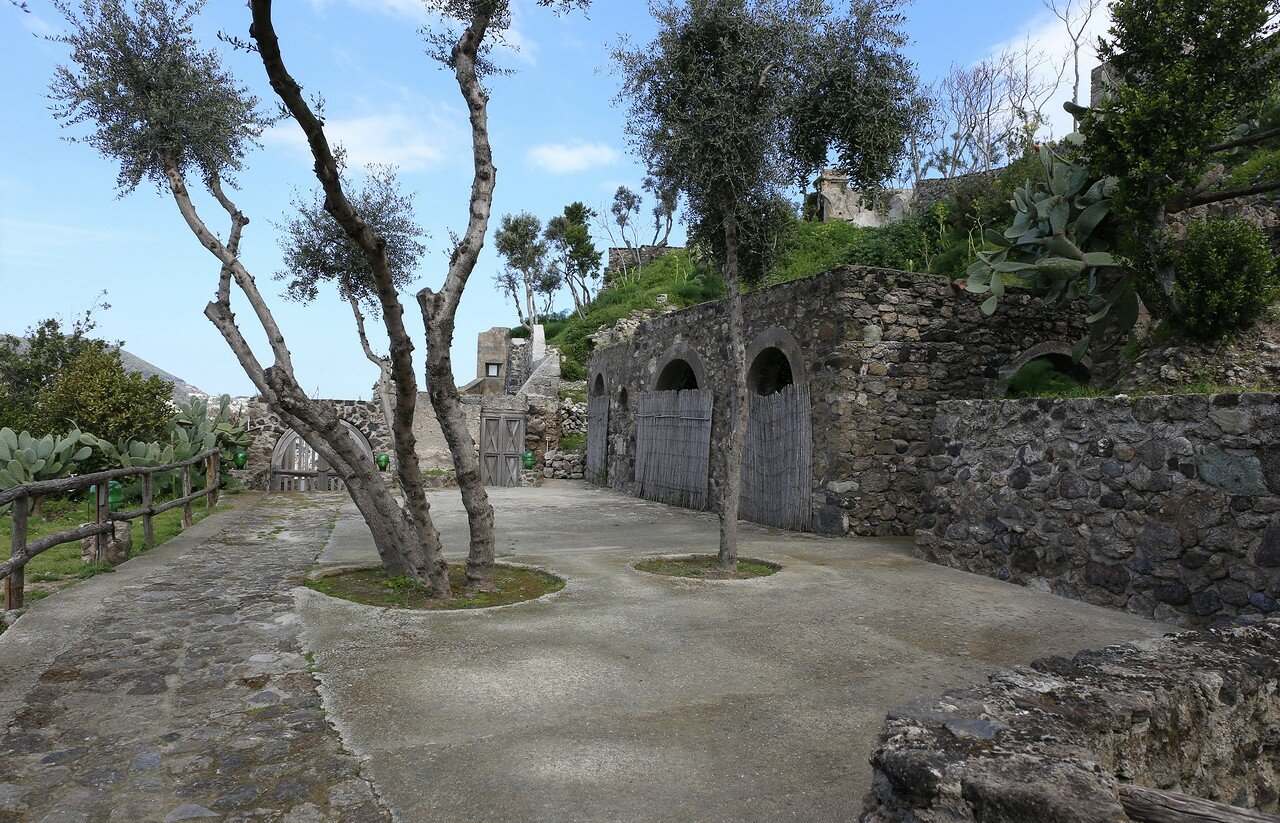 pagan name, we can assume that it was built in ancient times - the first settlement obey here in the year 474 BC. 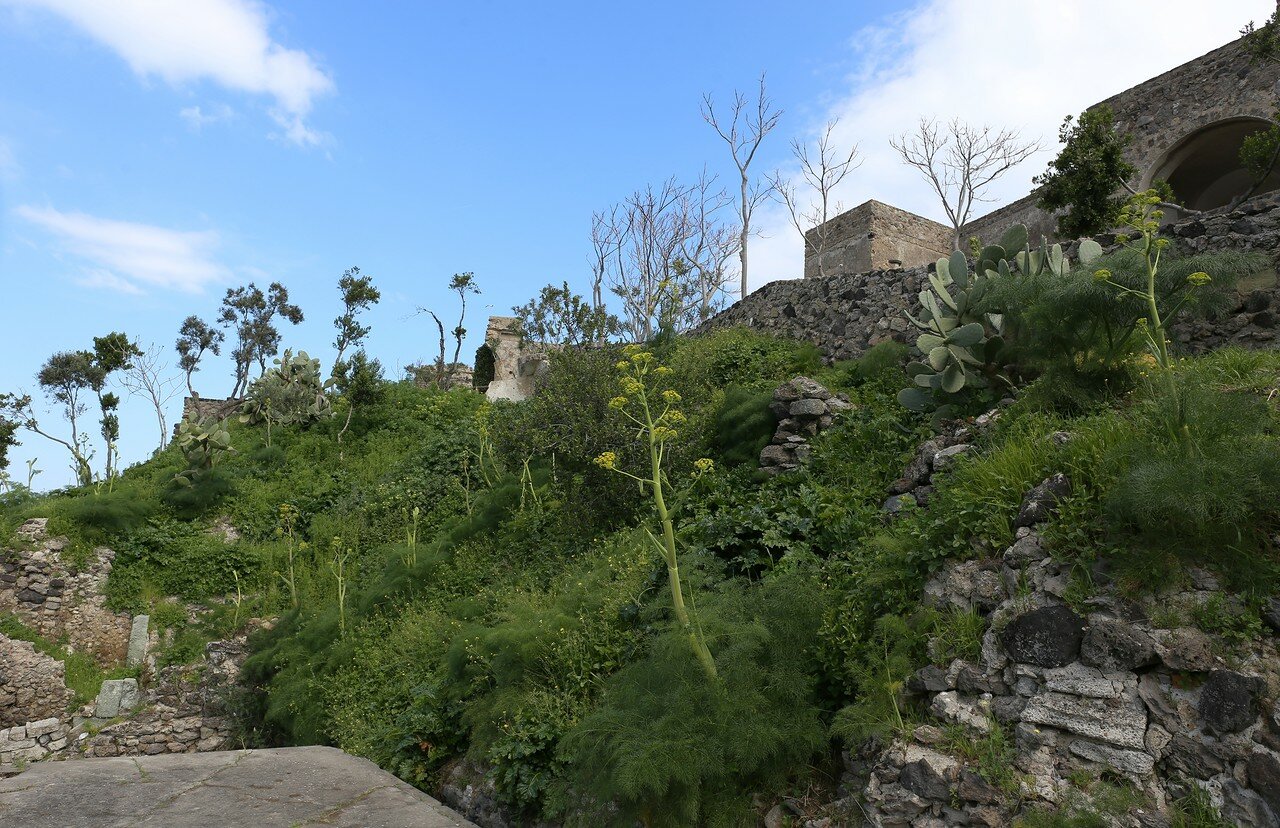 On the slopes grow a variety of species of cacti, olive trees, agave and other vegetable exotic. 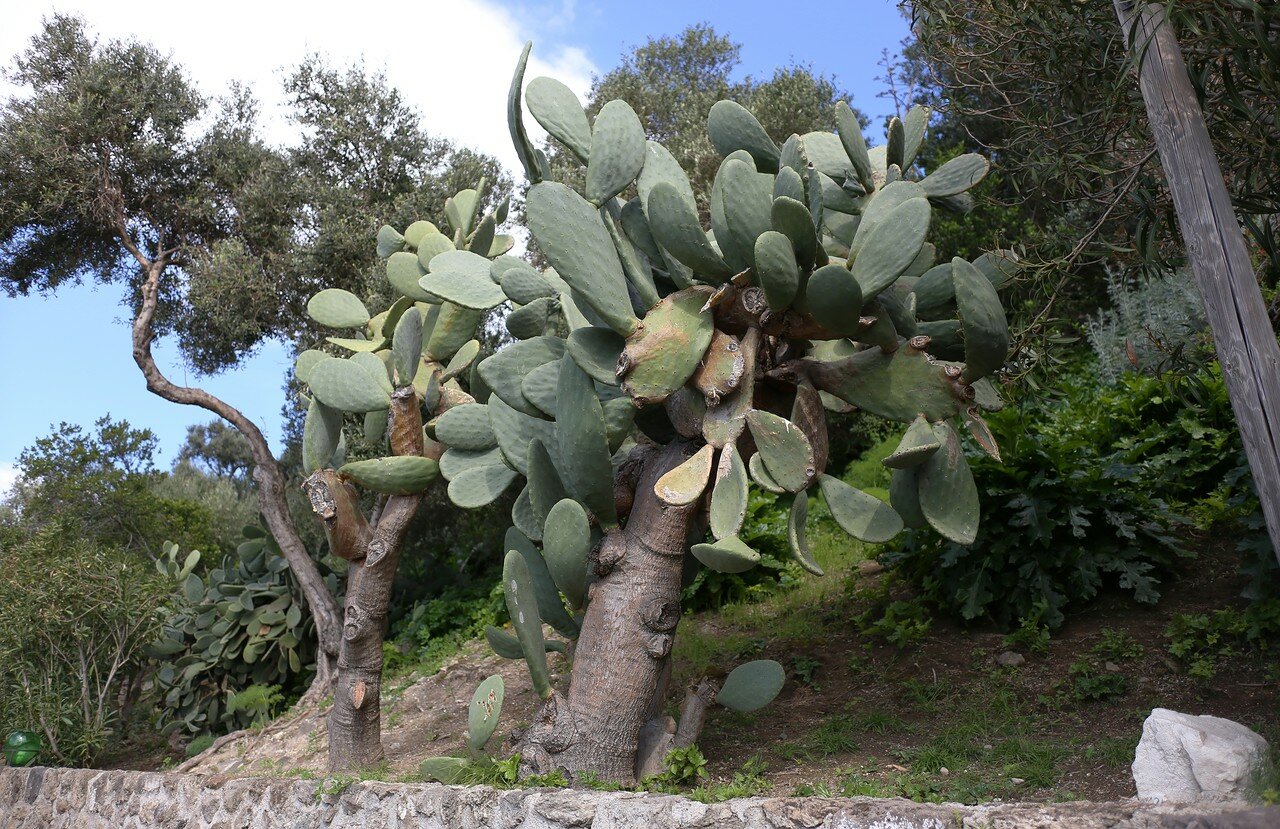 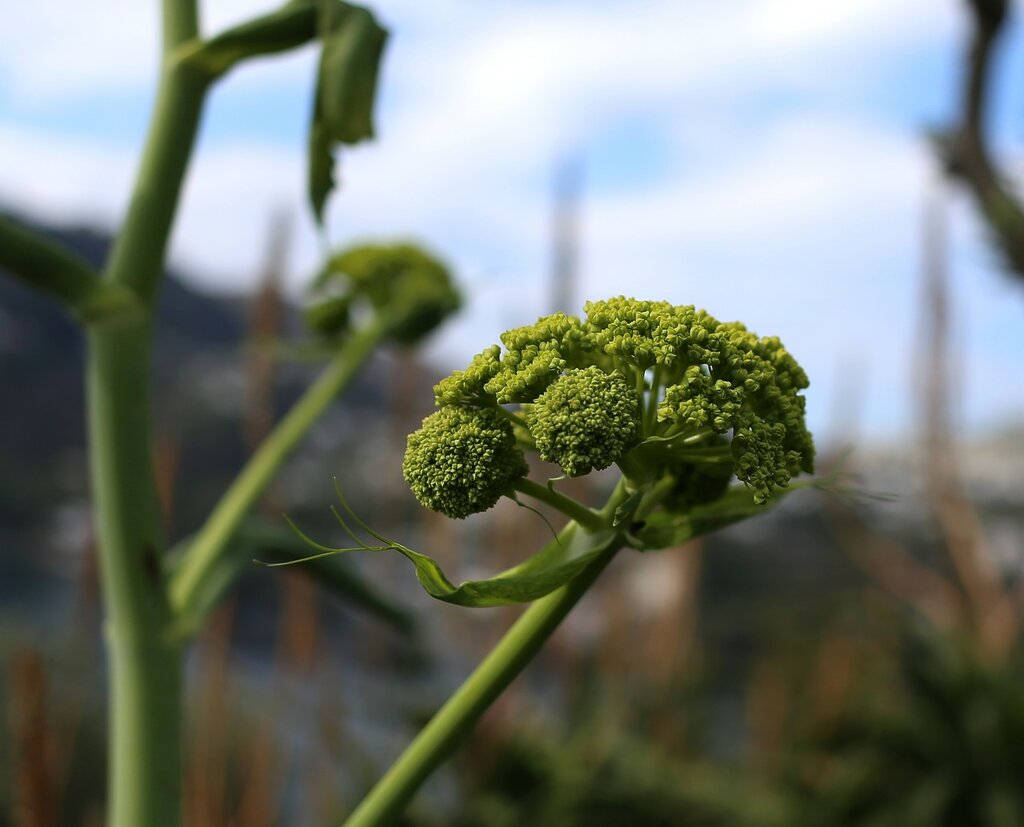 Continue along the southern slope. Below you can see the treated areas of the earth. 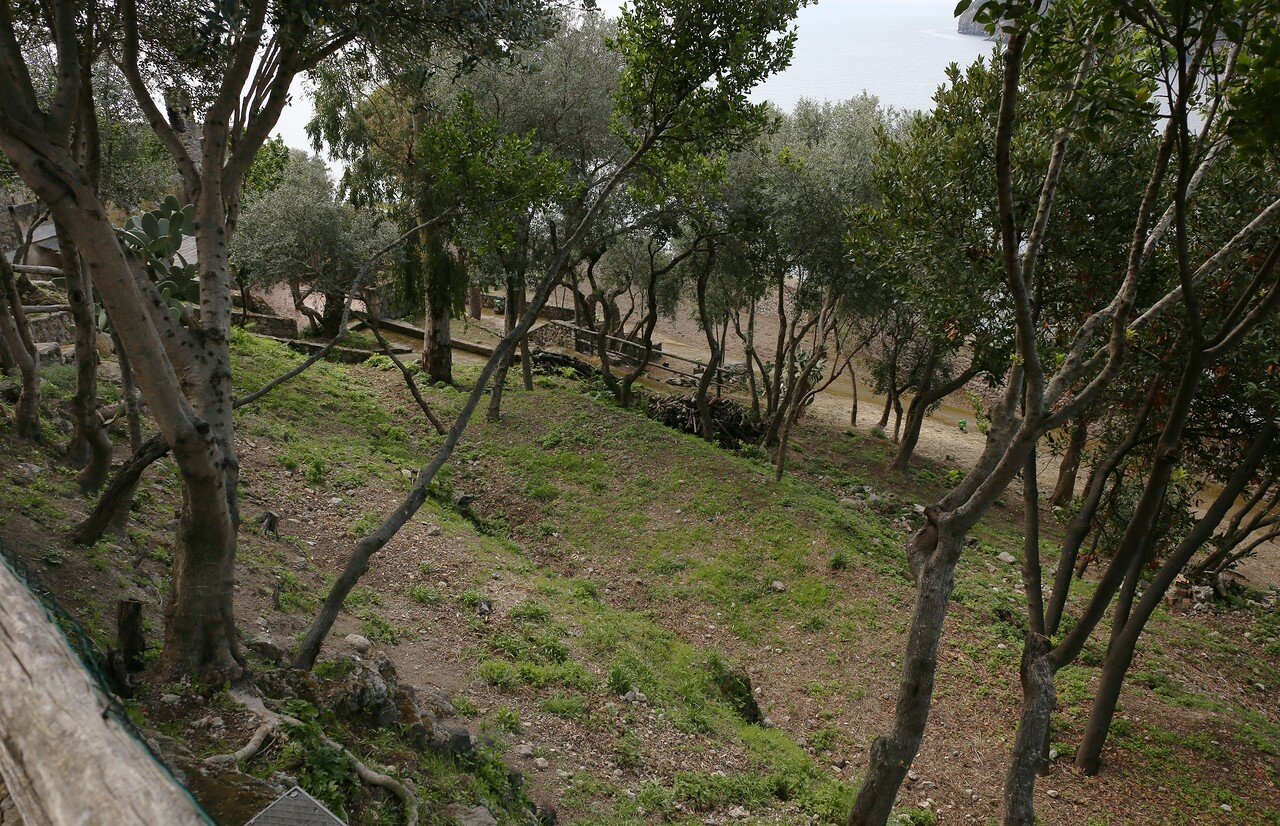 Then it seemed, built of gray stone. 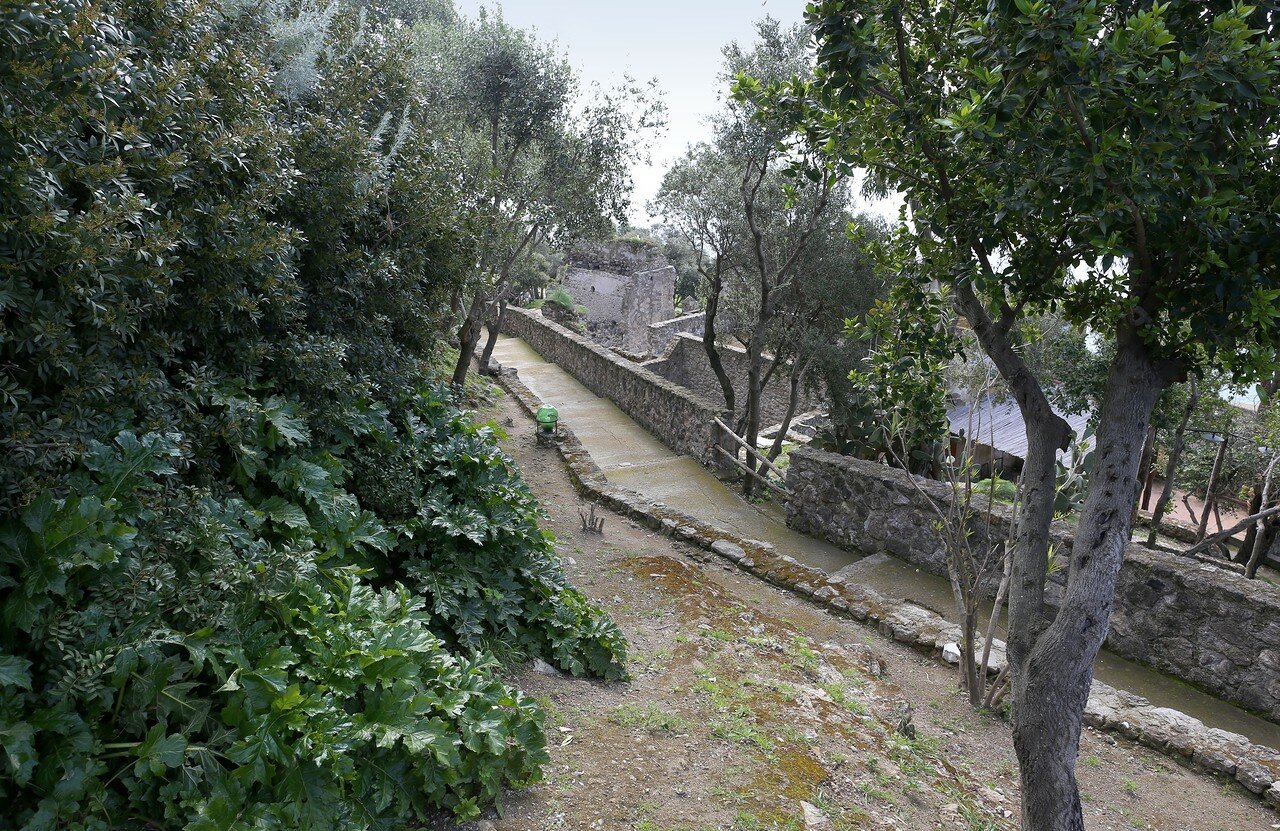 the Sign says that this is the village of St. Nicholas (on the map). 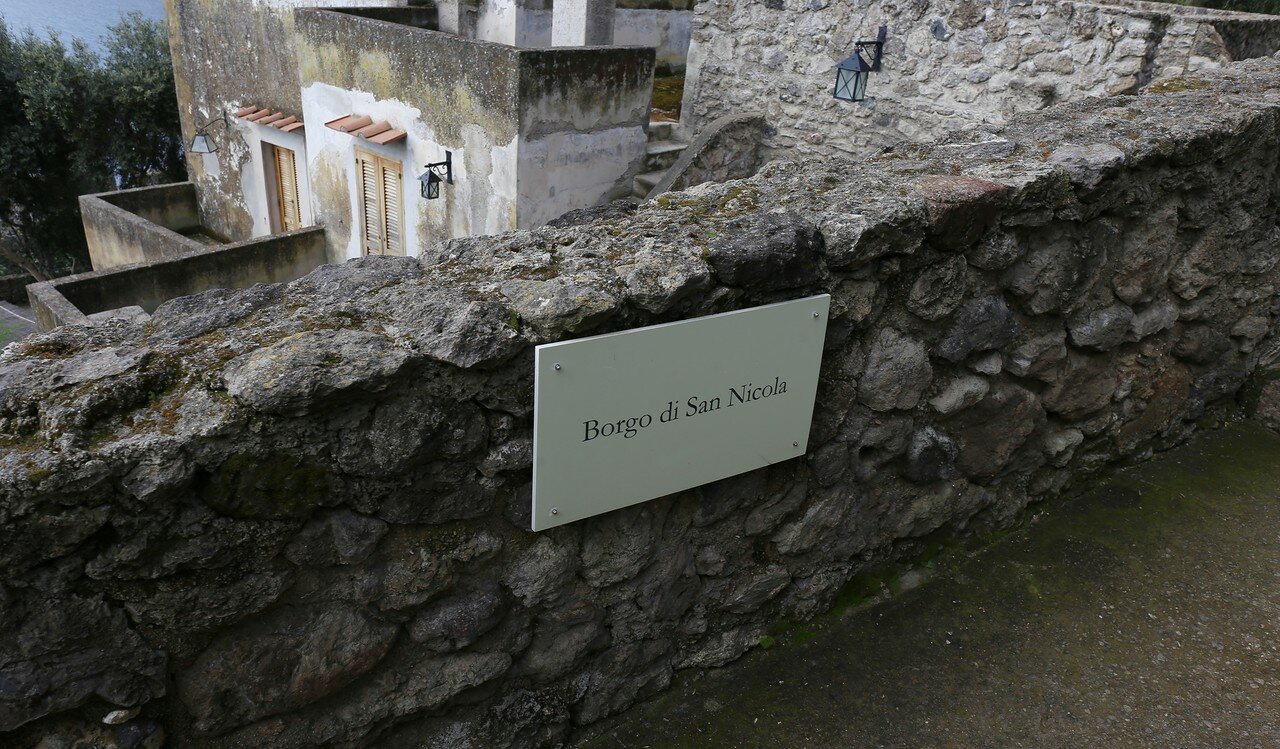 In the 16th century the island was quite densely populated, there were about two thousand families. 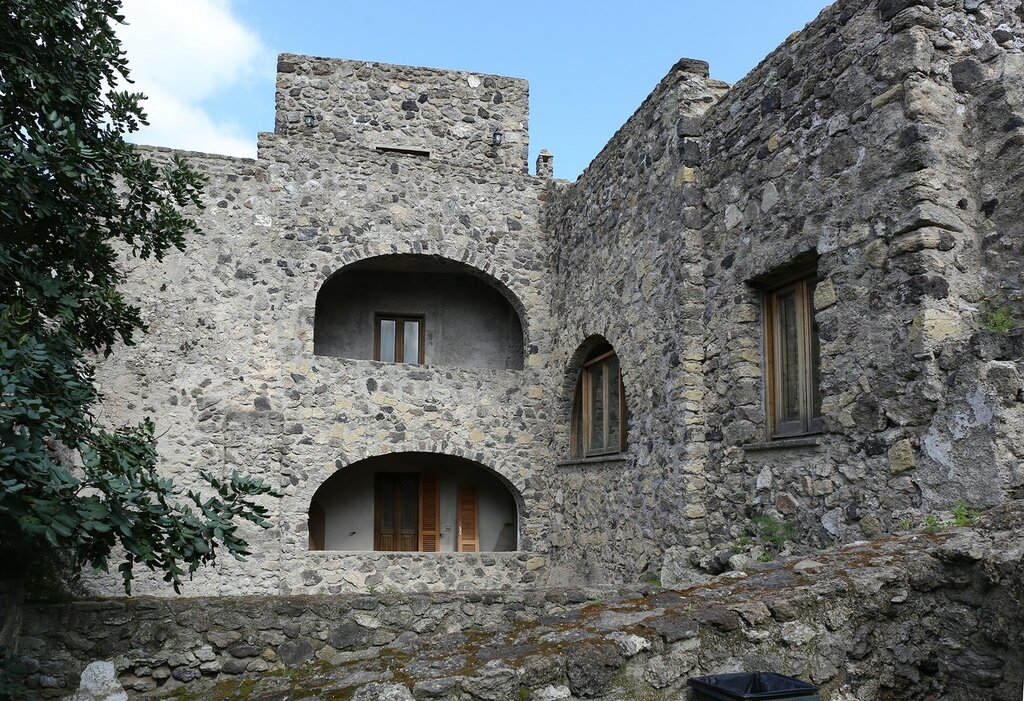 This population density is easy to explain - the rock of the castle were impregnable to Arab the Saracen pirates making regular raids on the island. 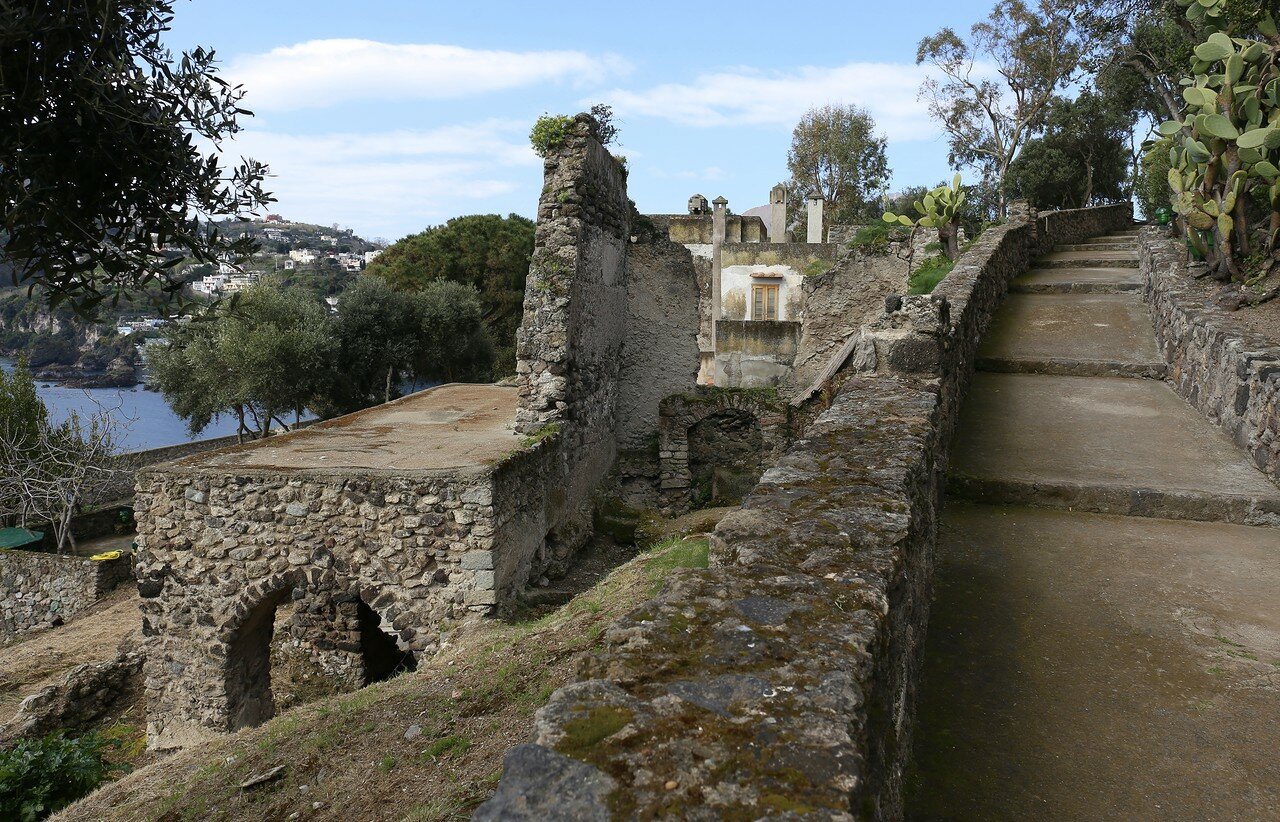 Hard to imagine as small patches of arable slopes of the island could feed so many people.

the Slopes of the island, now almost deserted, in those days was quite densely built up. By the late 18th century pirate raids ceased, and the island was gradually deserted, and 1910, the island was subjected to severe artillery fire of the British squadron, resulting from the "housing" is little left. 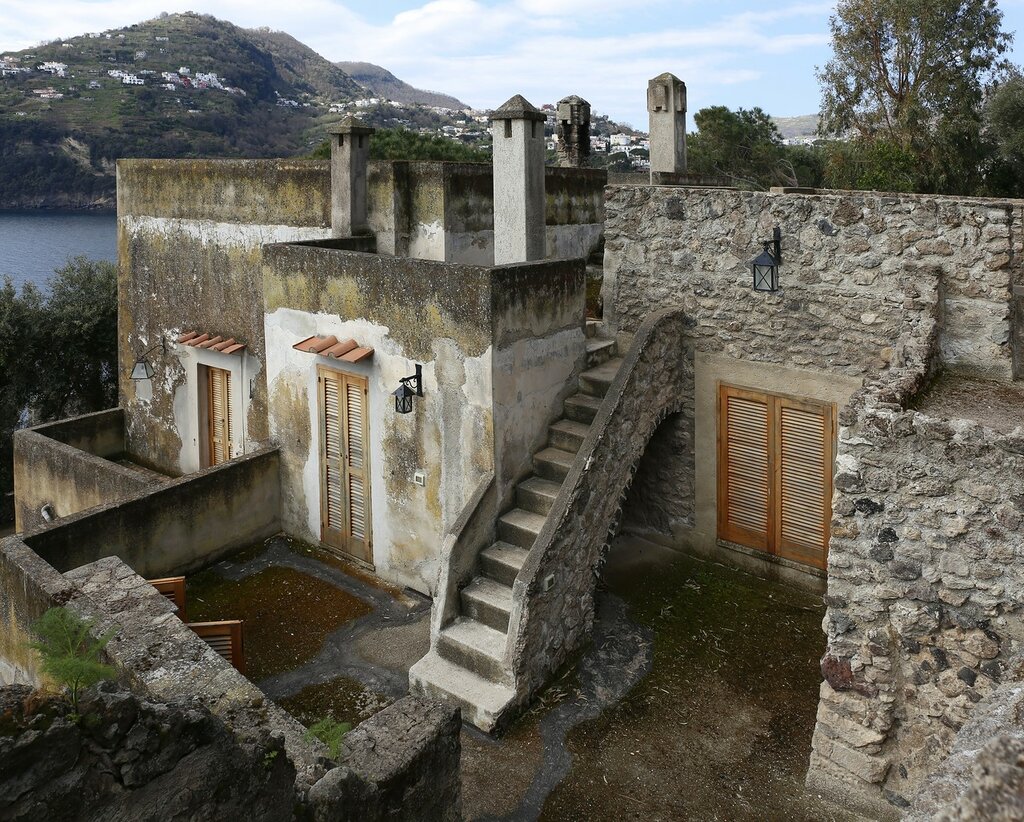