From the Bourbon prison started "the Alley of winery" (Viale del palmenti). 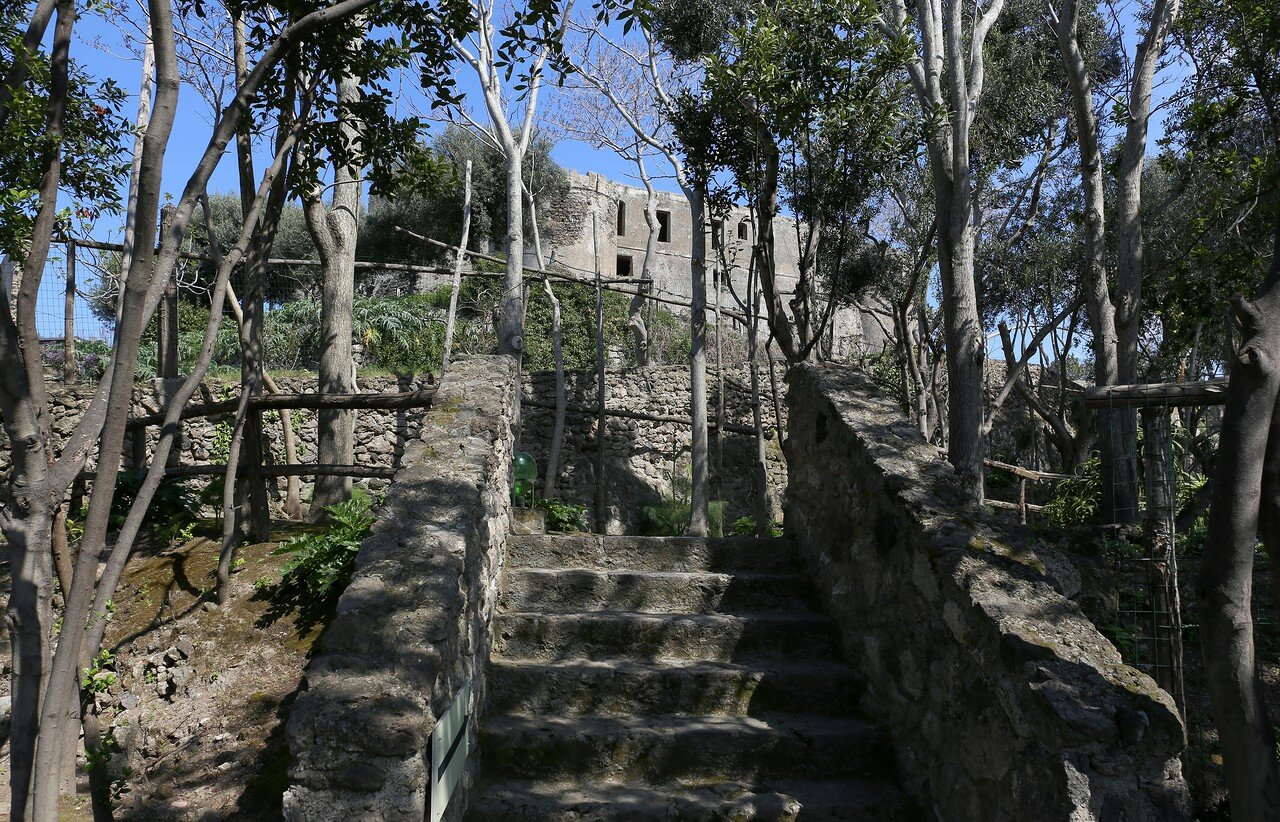 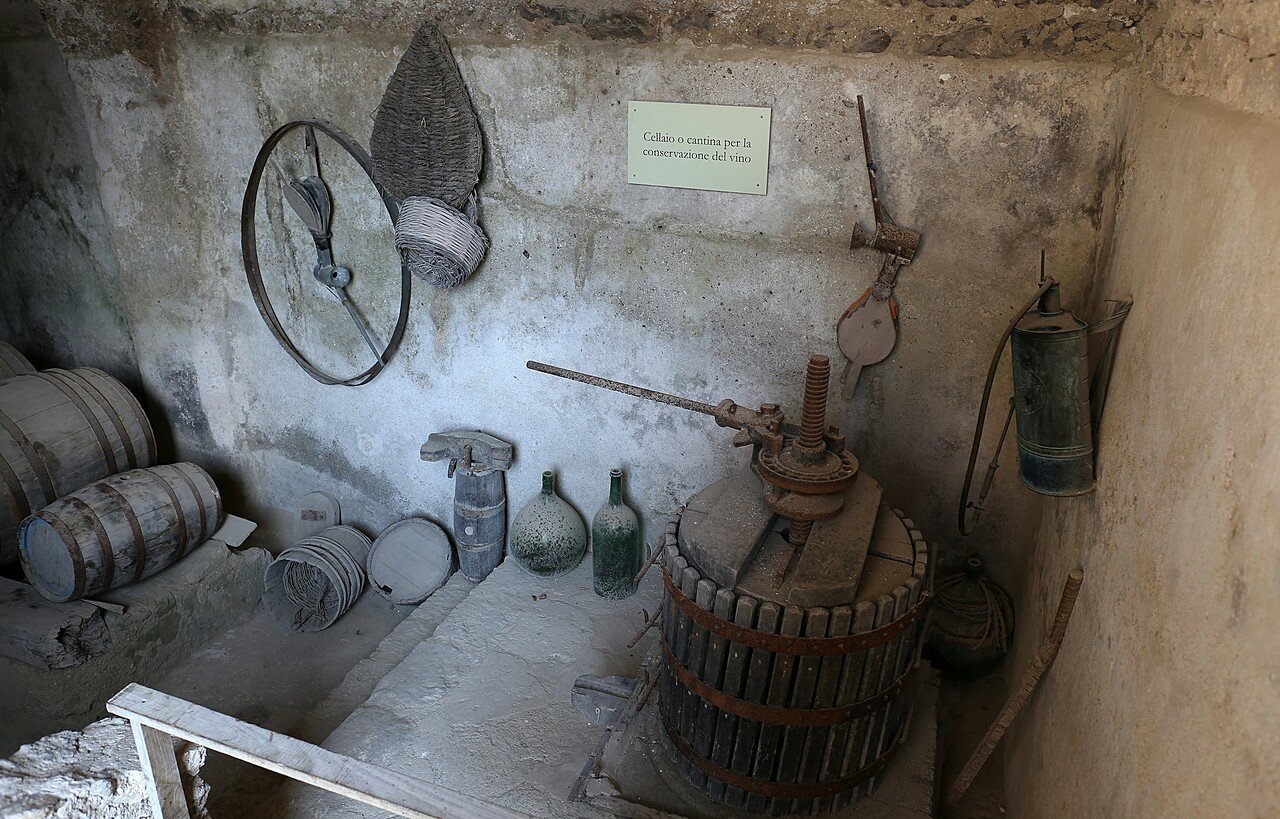 Winemaking on the island started relatively recently - in the first half of the 19th century. As premises for the distillery used the cellars (Palmenti a Cellaio, "the winepress and cellar," the map) , who survived the artillery attack of the British squadron in 1810. The small production volumes, the vineyards cover a small triangle between the distillery, the prison and the wall of the castle Park. 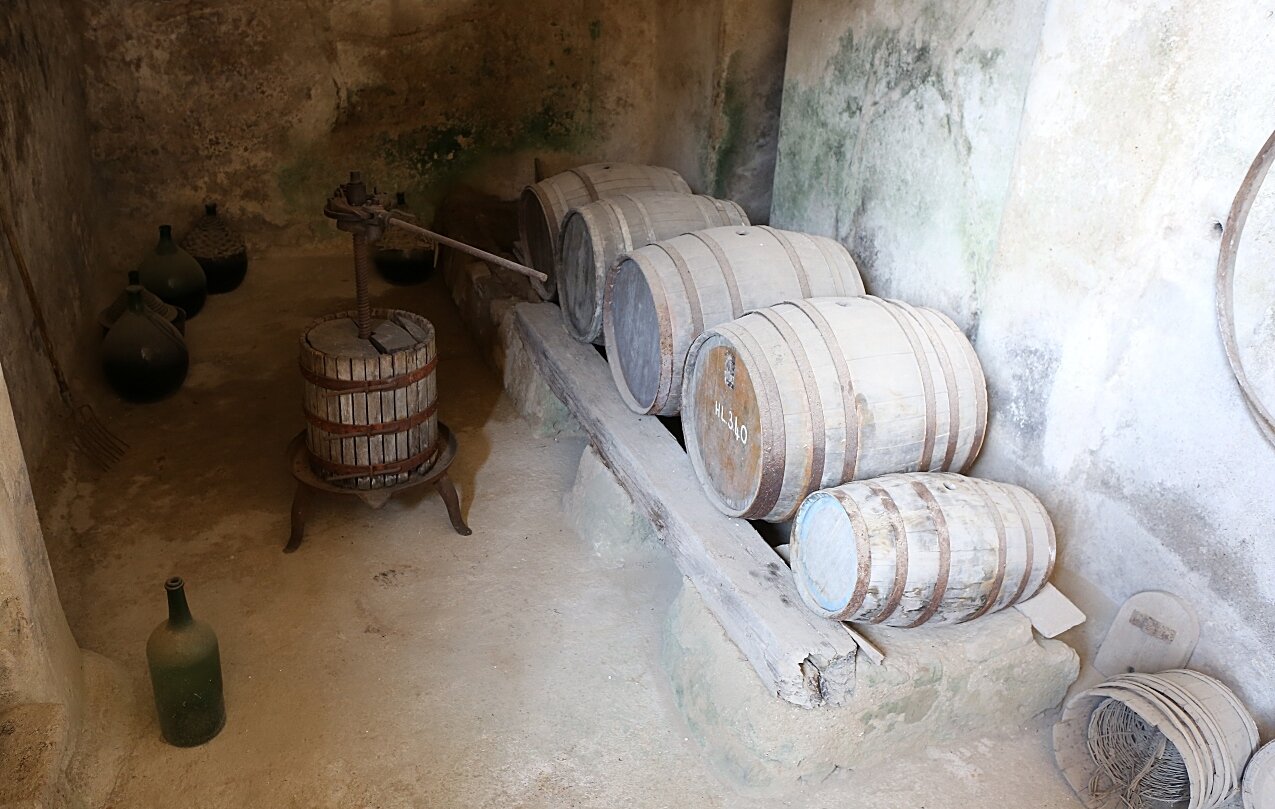 the distillery is located in front of the hexagonal building of the Church of St. Peter in Pantanello (Chiesa di San Pietro in Pantaniello the map), opened in 1564. Built the temple of Dionysus basso for his son, which became in him a priest. Construction was supervised by the architect Jacobo Bartolli (Vignola). 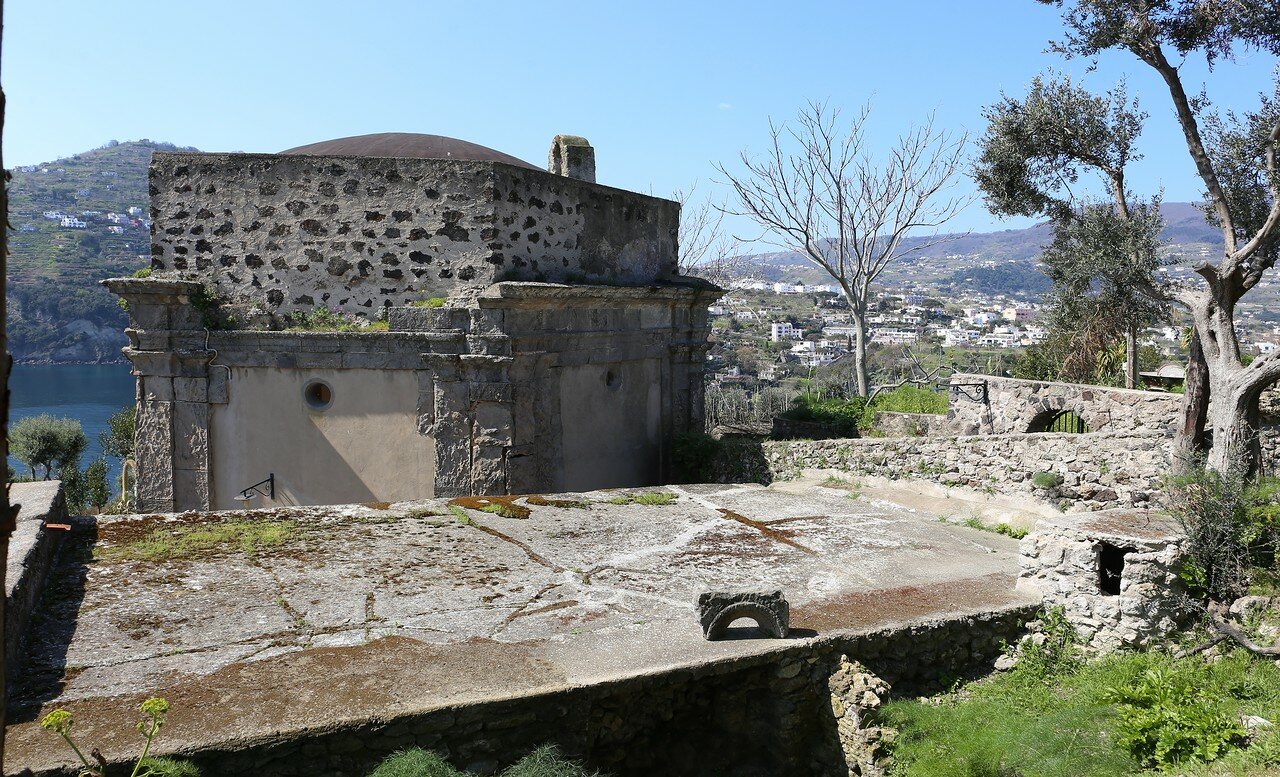 the Name of the temple was the statue of St. Peter, transferred from the little Church that stood near the lake, Pantanillo. Now, the lake is the Harbor of Porto di Ischia. After shelling, the Church was severely damaged and was abandoned. Inside the temple was made empty, but carefully repaired. Let's hope that the owners of the island will restore it in full. 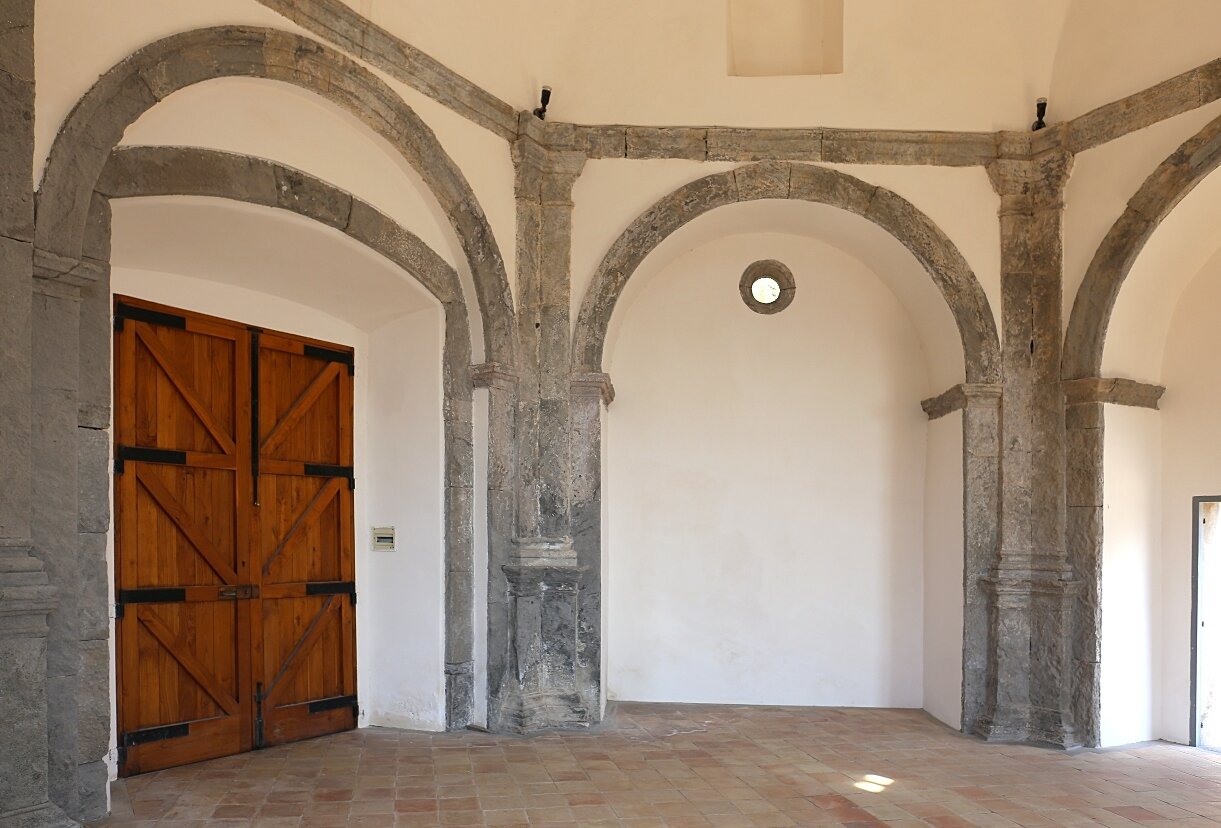 From the Church I headed down to Atlantaboy the walk, along a scenic track winding through amazing plants. 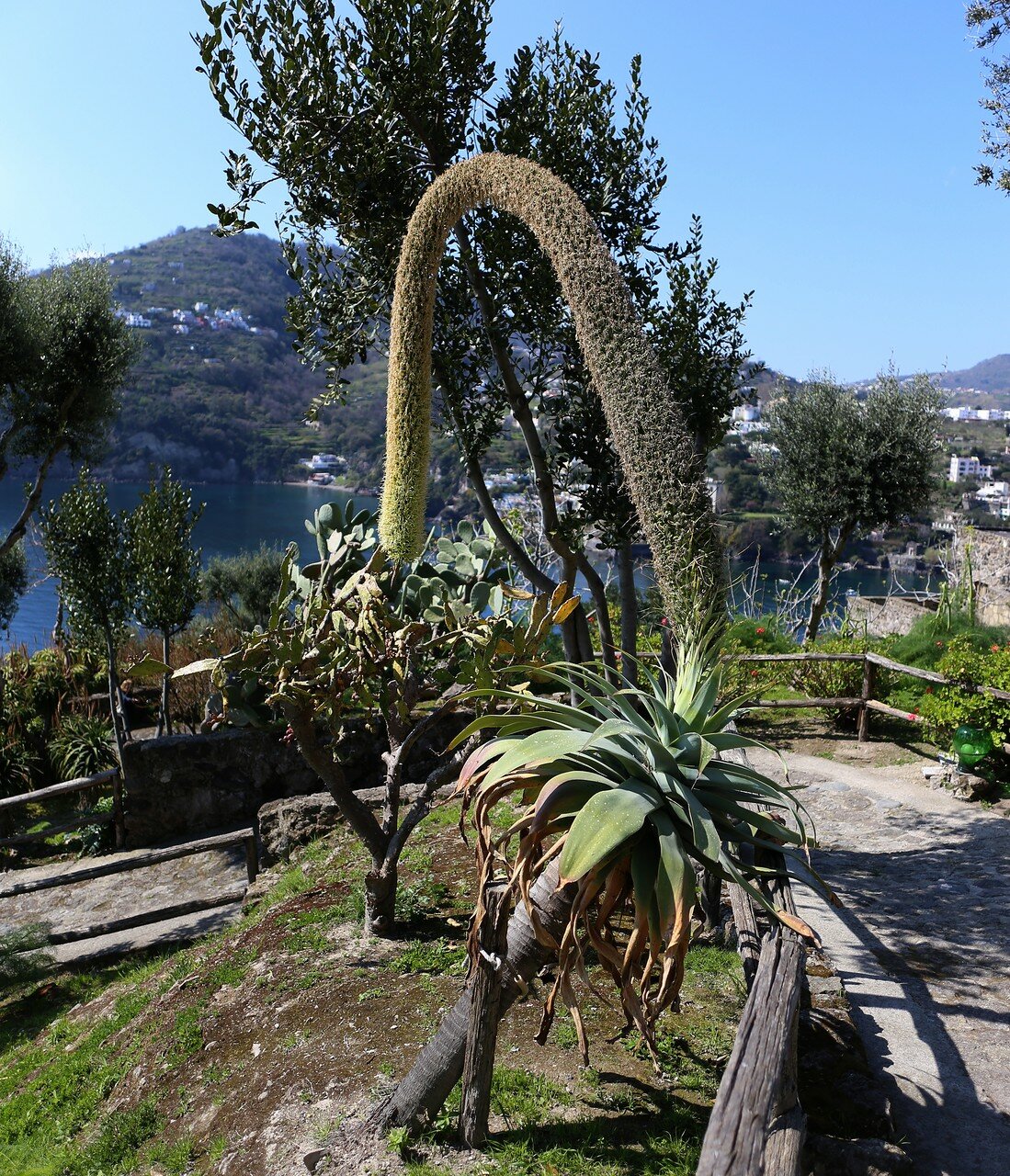 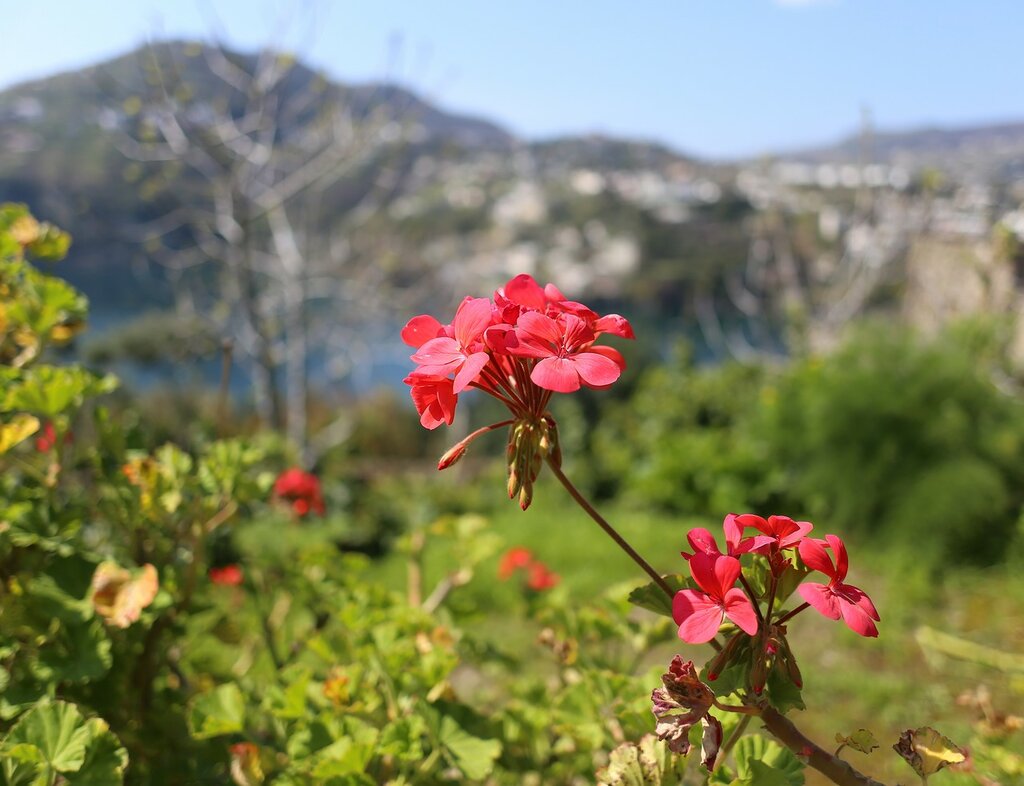 a species of agave in bloom gives such fantastic flourishes. 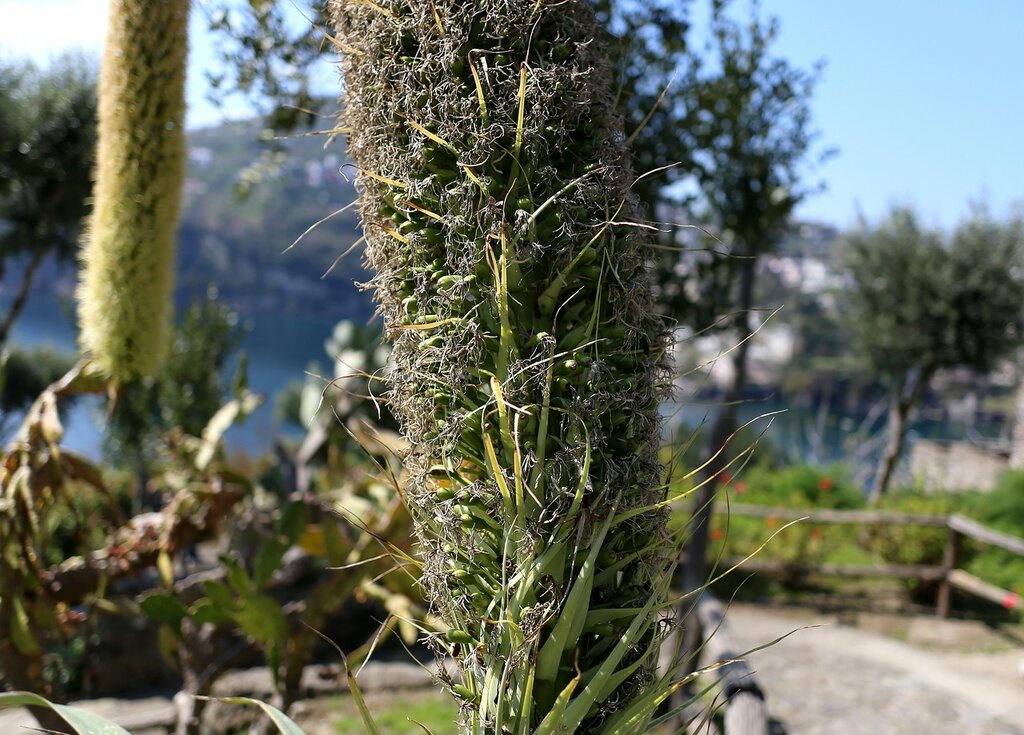 Tower-pavilion at the entrance to the castle garden. 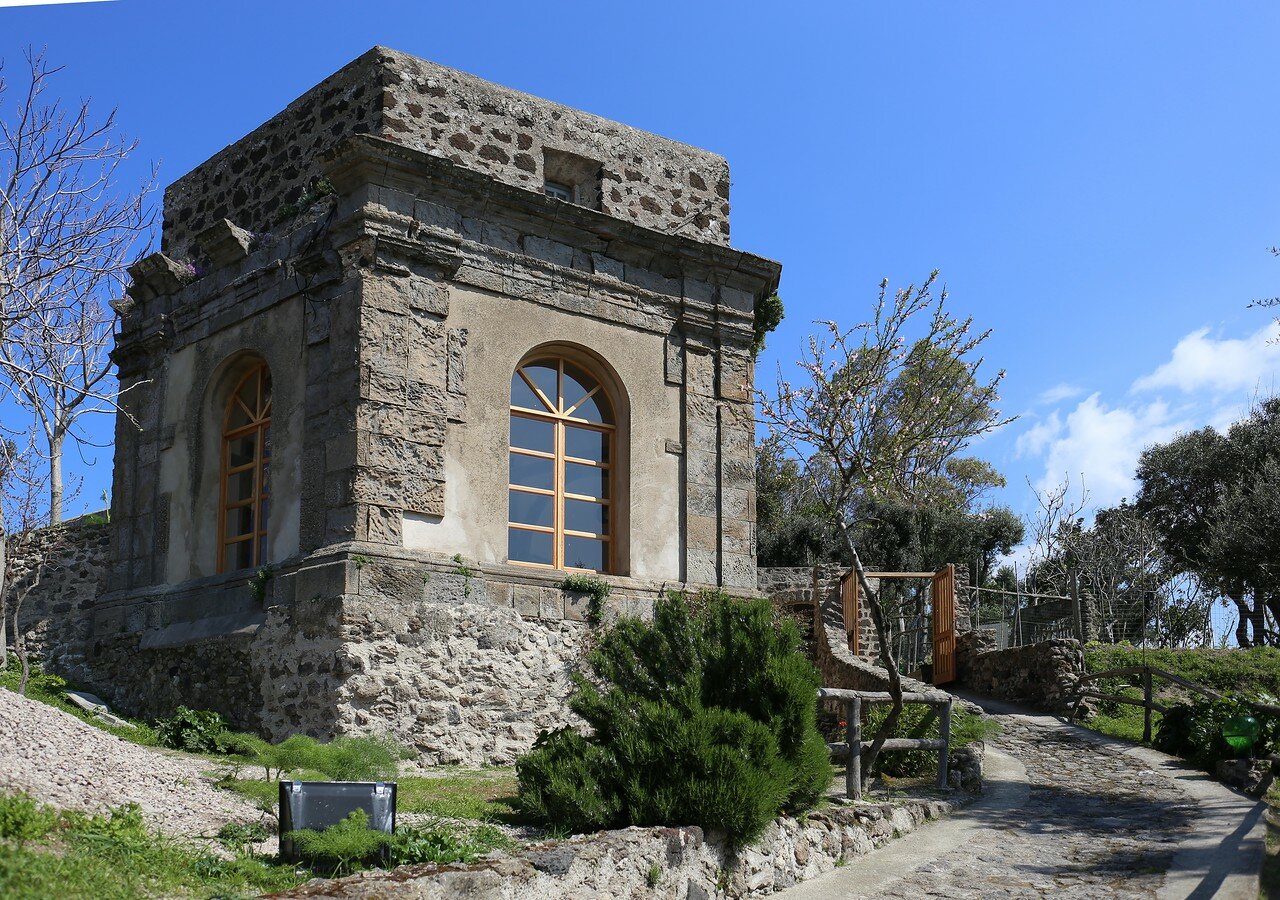 Atlantaboy the alley I came to the house the House of the Sun, from where the walk started.

Looked into an ancient well 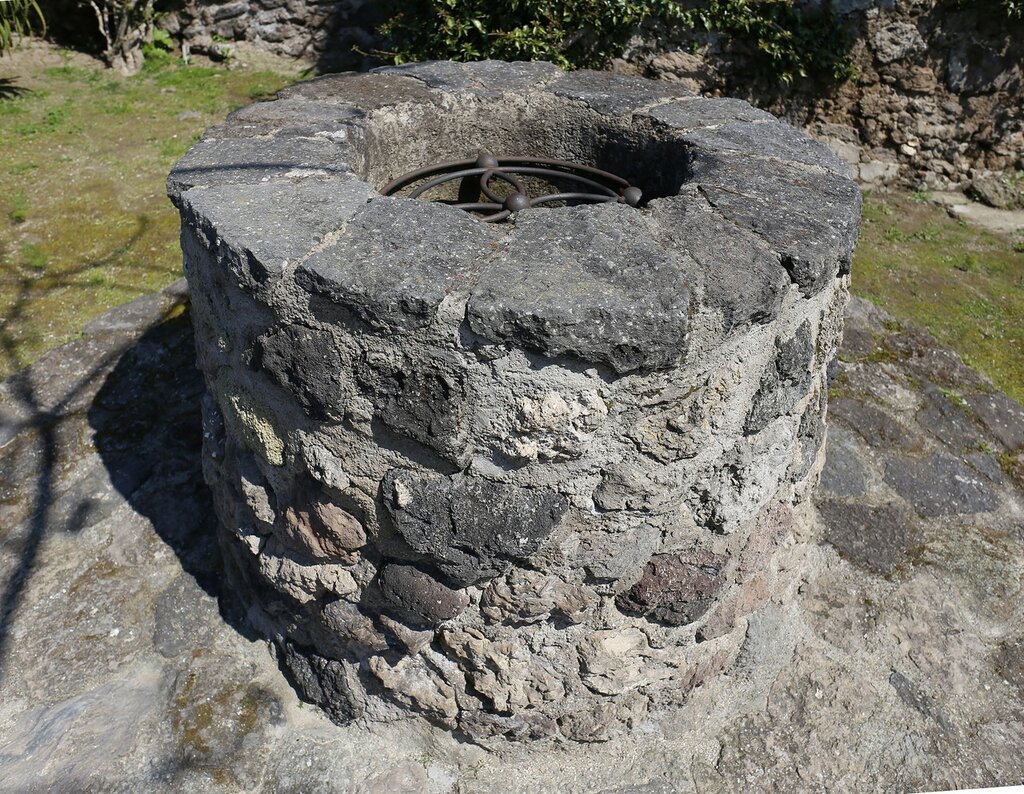 Where is the water at the bottom were full of coins, thrown on the memory. You may notice that a well cut in the solid rock. 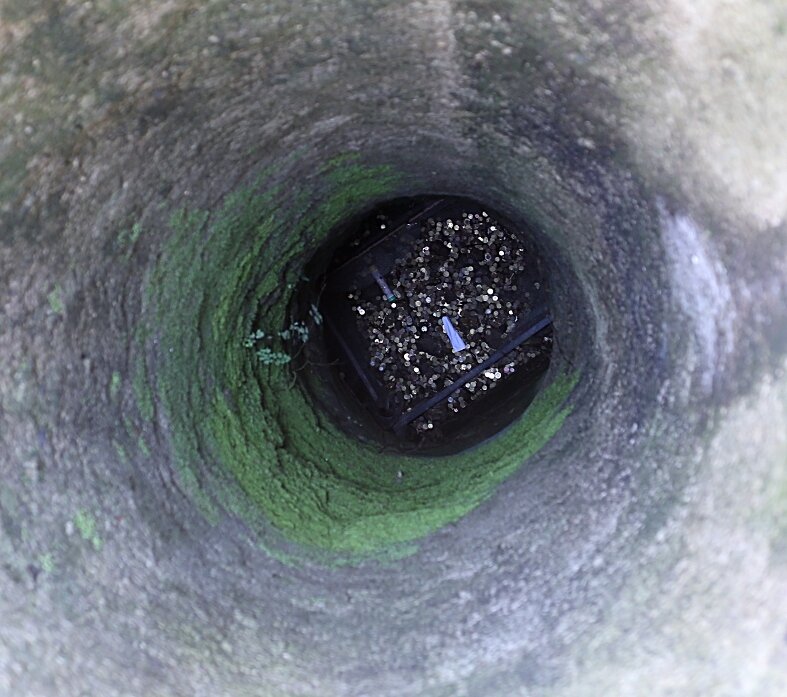 Inner yard of the Sun - it hosts various cultural events including the international film festival. 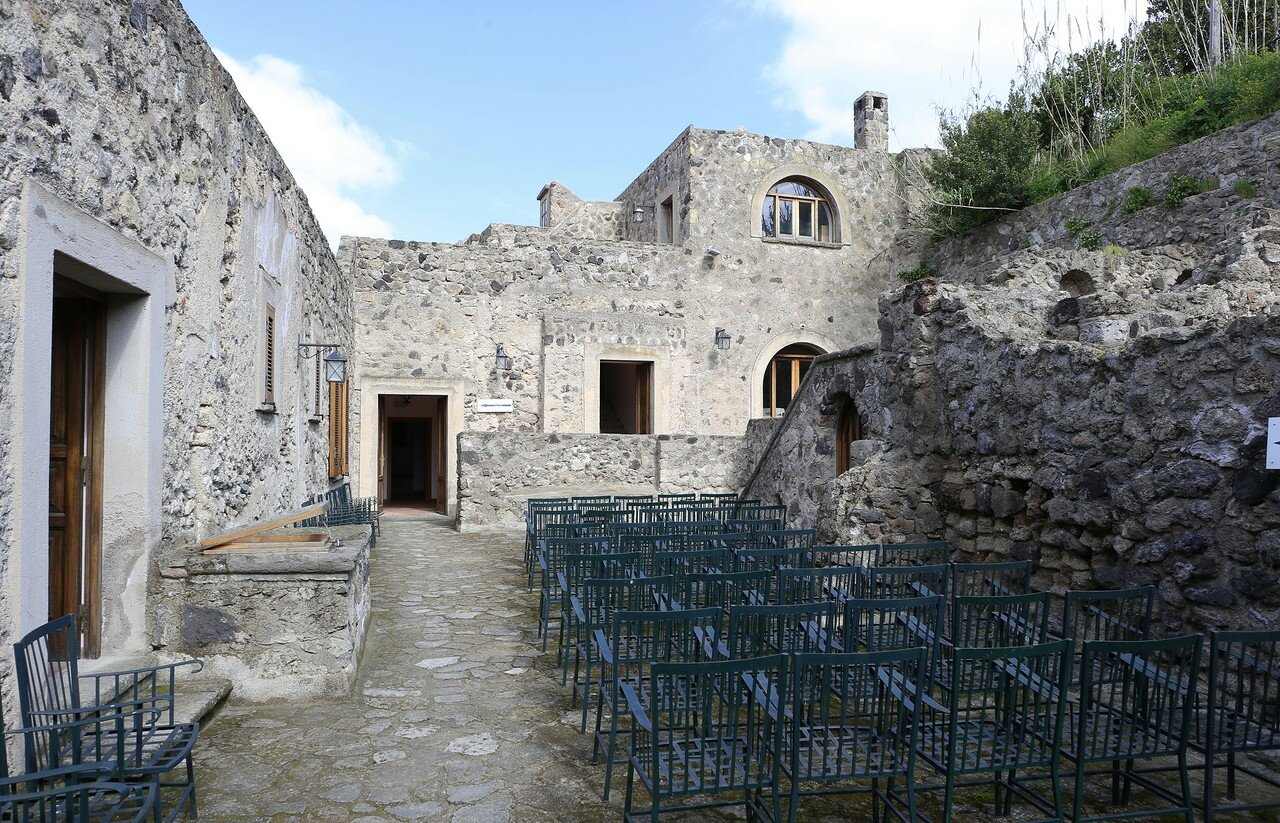