Next to the Olive terrace is the old Bourbon prison, the top floor of which is occupied by the restaurant Il Terrazzo (map). From the outdoor verandah of the restaurant, you can look out over the entire Bay of Naples. 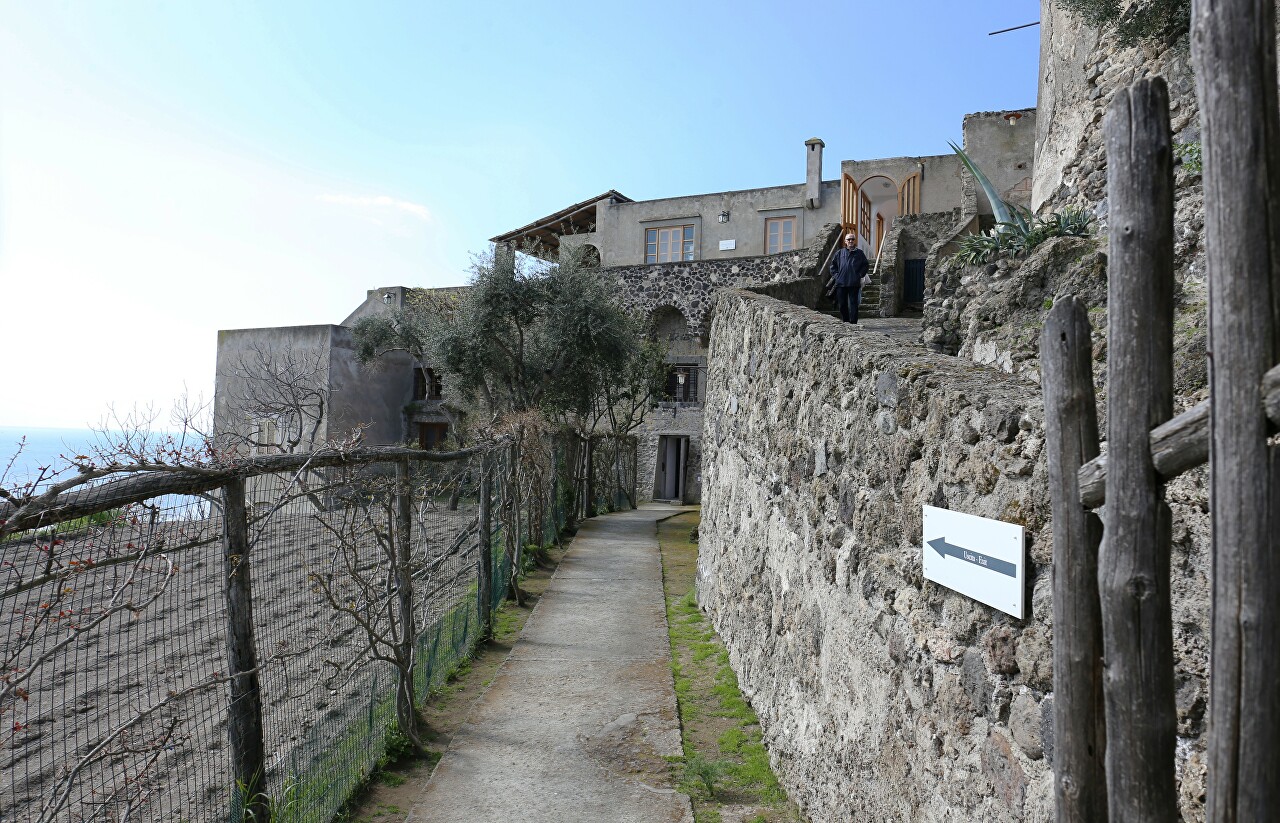 To get to the prison itself, you will have to descend to the Path of the Sun on the already familiar steps. 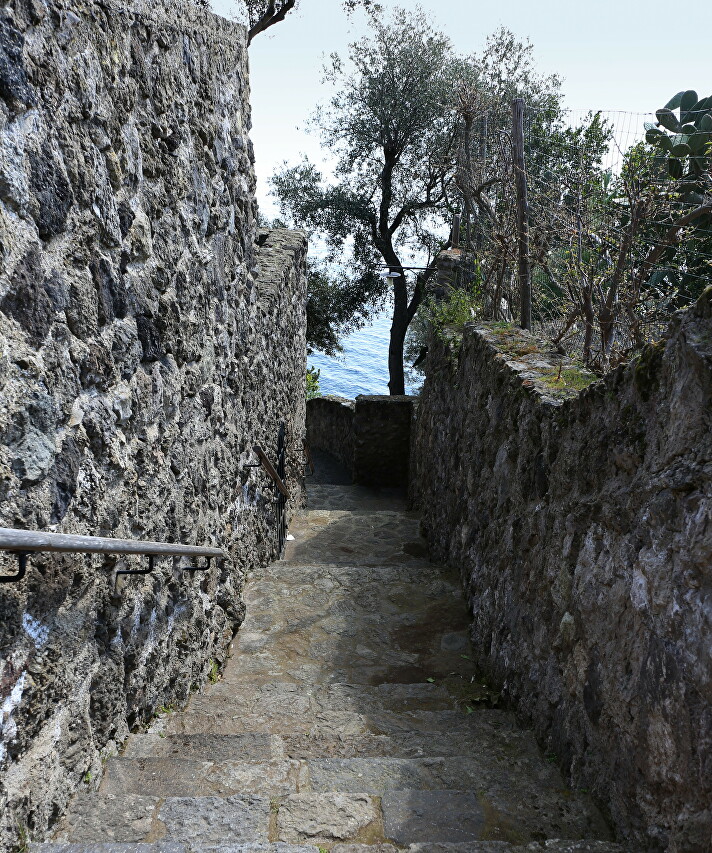 Going down, we will once again admire the beautiful view of the church of Santa Maria delle Grazie and the Islands of the Phlegrean archipelago. 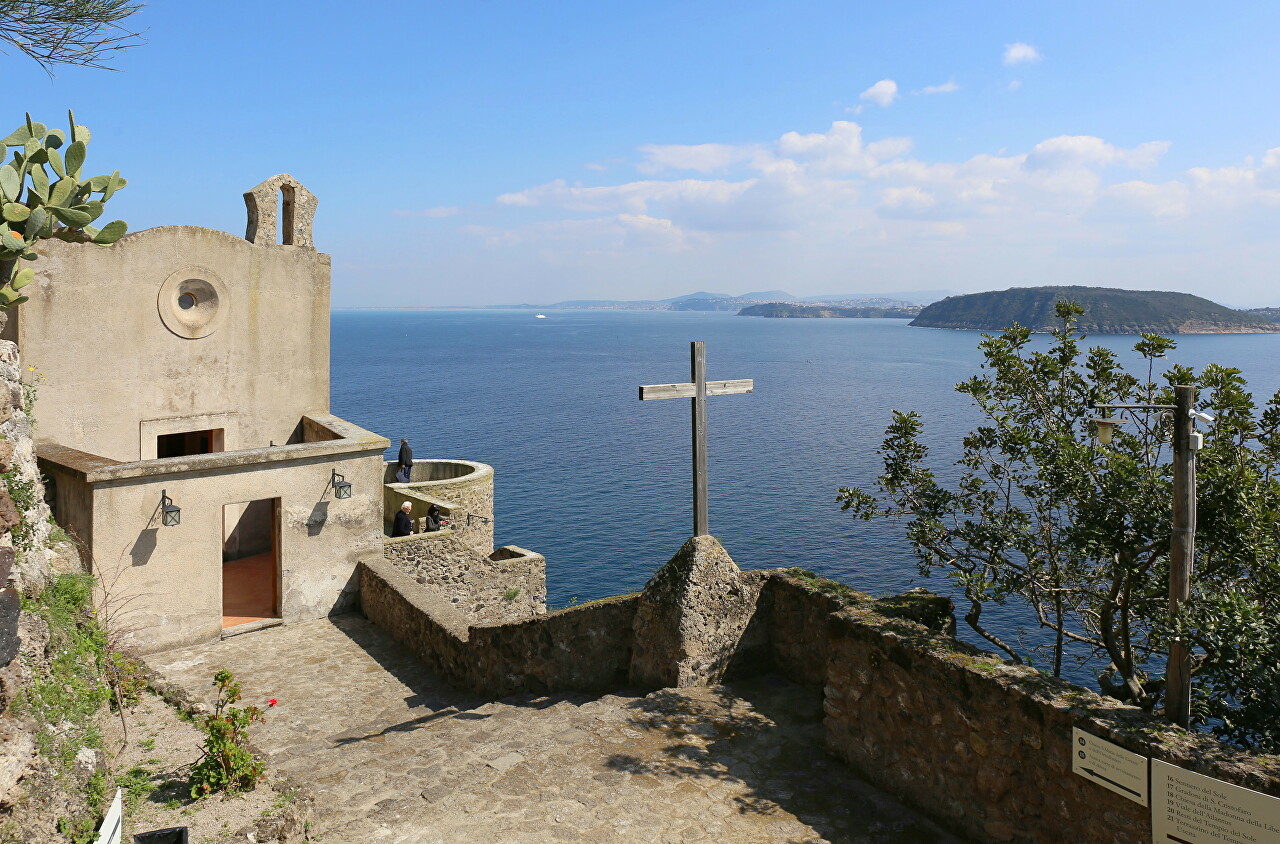 Pay attention to the arched channel under the stairs, this is an element of the storm sewer that drains rainwater from the top of the castle. 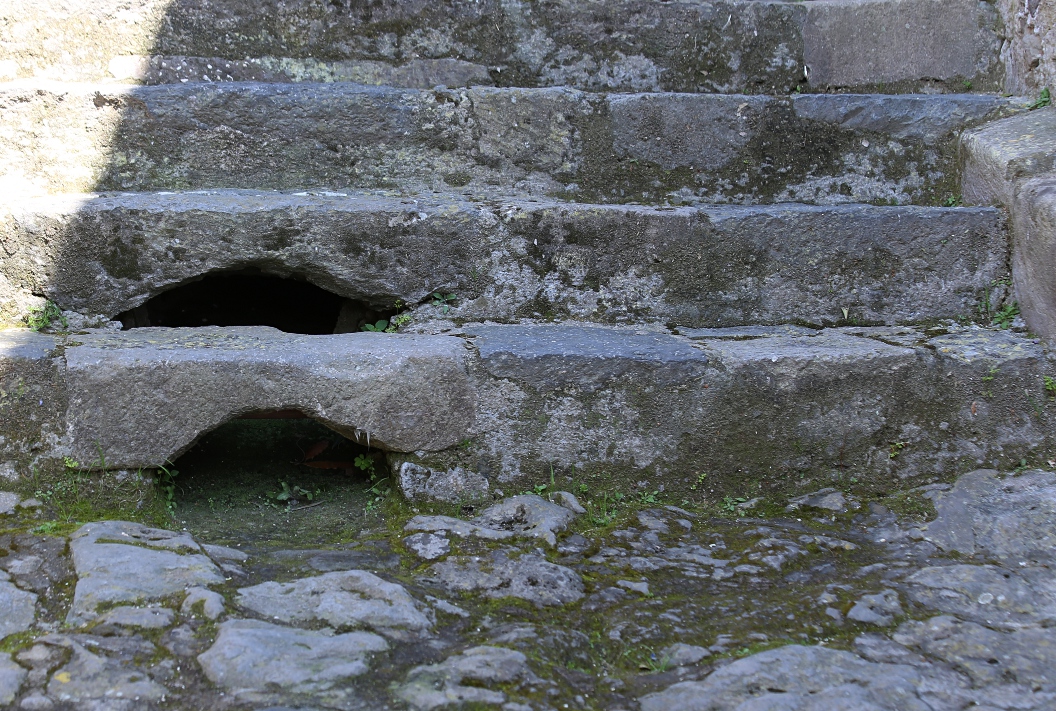 We will walk along the already familiar path of the Sun, which is surrounded by the most diverse plant exotics. Here you can find Laurel, olive, Fig, pomegranate, Ailanthus, prickly pear, Cup (Medlar) and Carob (Ceratonia) trees. 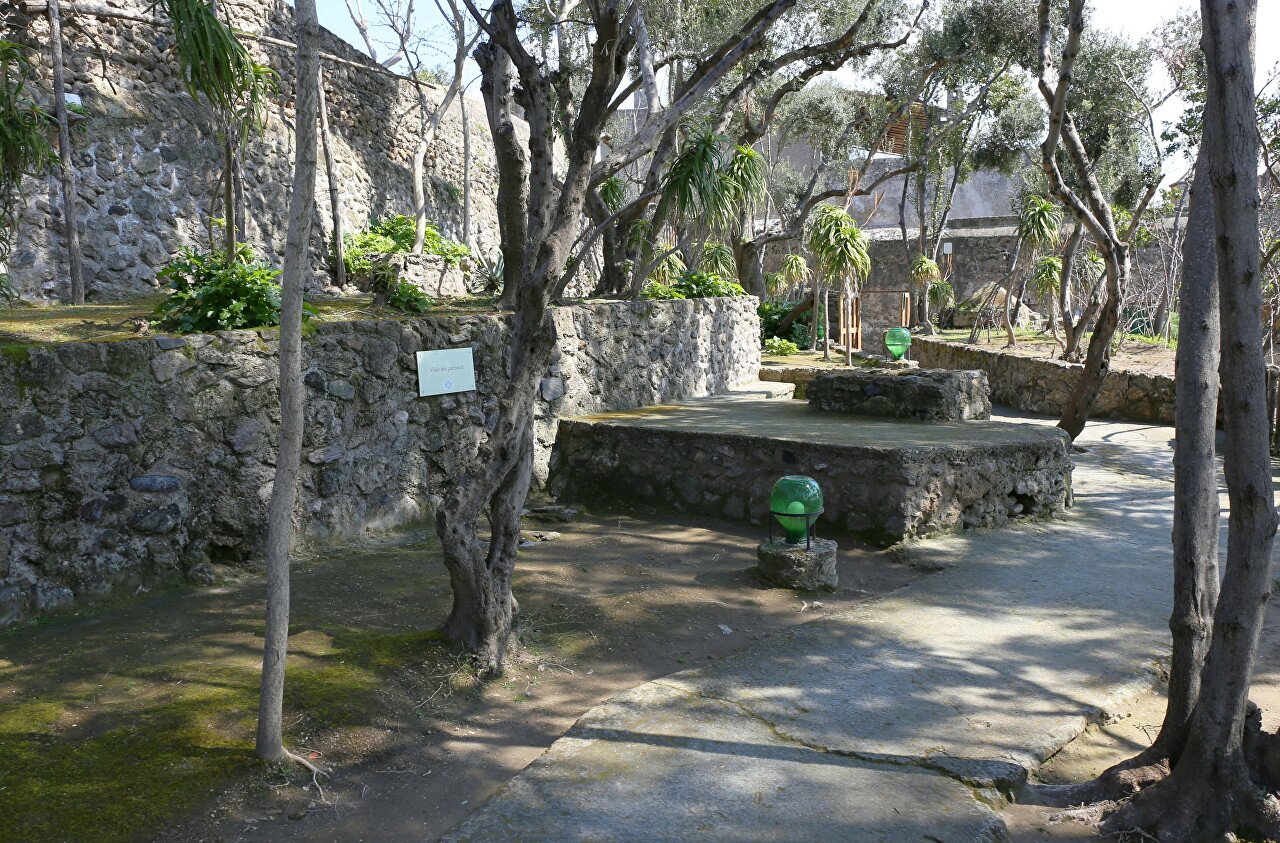 A little before reaching the steps of St. Christopher, we will see a road leading to the right, it will lead us to the gate of the prison. 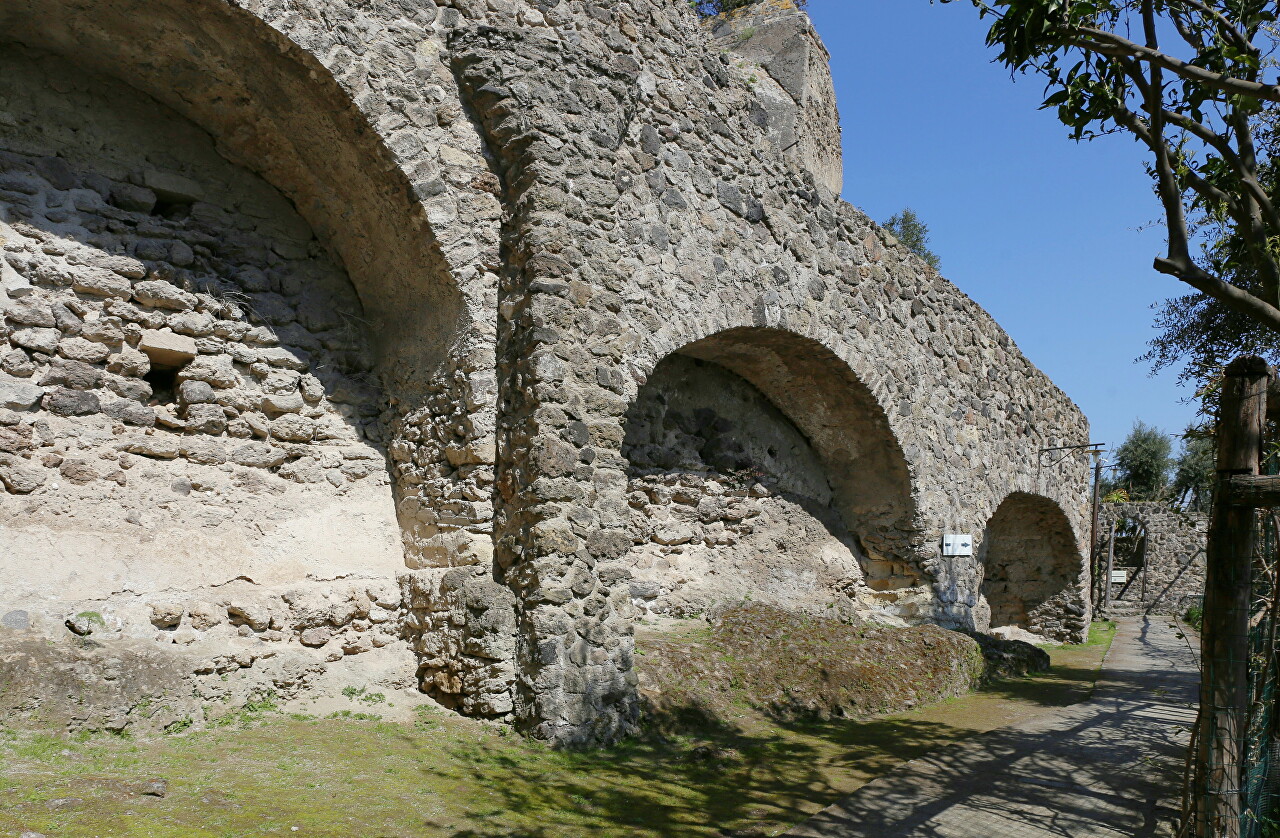 The gates of the prison are blocked by a powerful wrought-iron grating. The door in the grating is quite low, the top rung carefully wrapped in a soft cloth material - from such minor details, an impression is formed about the attitude of the owners of the castle to visitors. 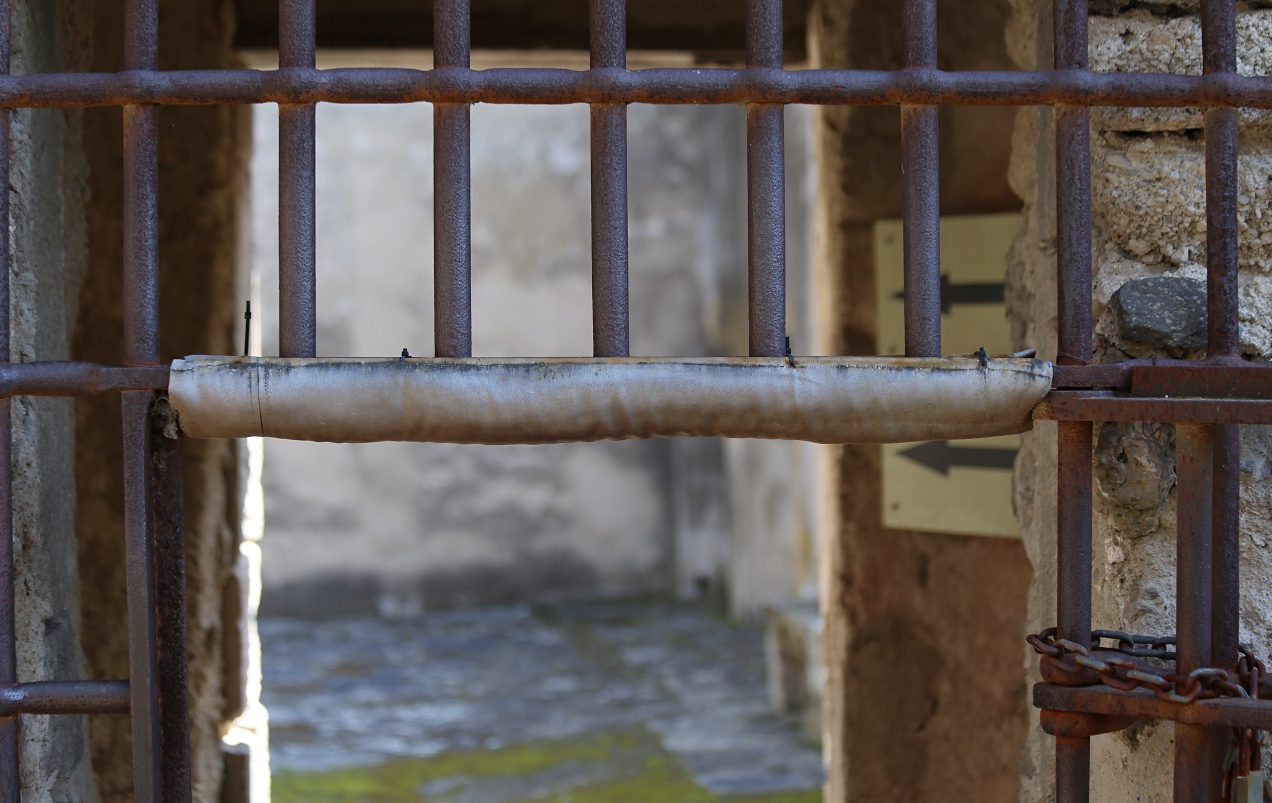 The inner courtyard of the prison. At the top is the verandah of the restaurant mentioned above. 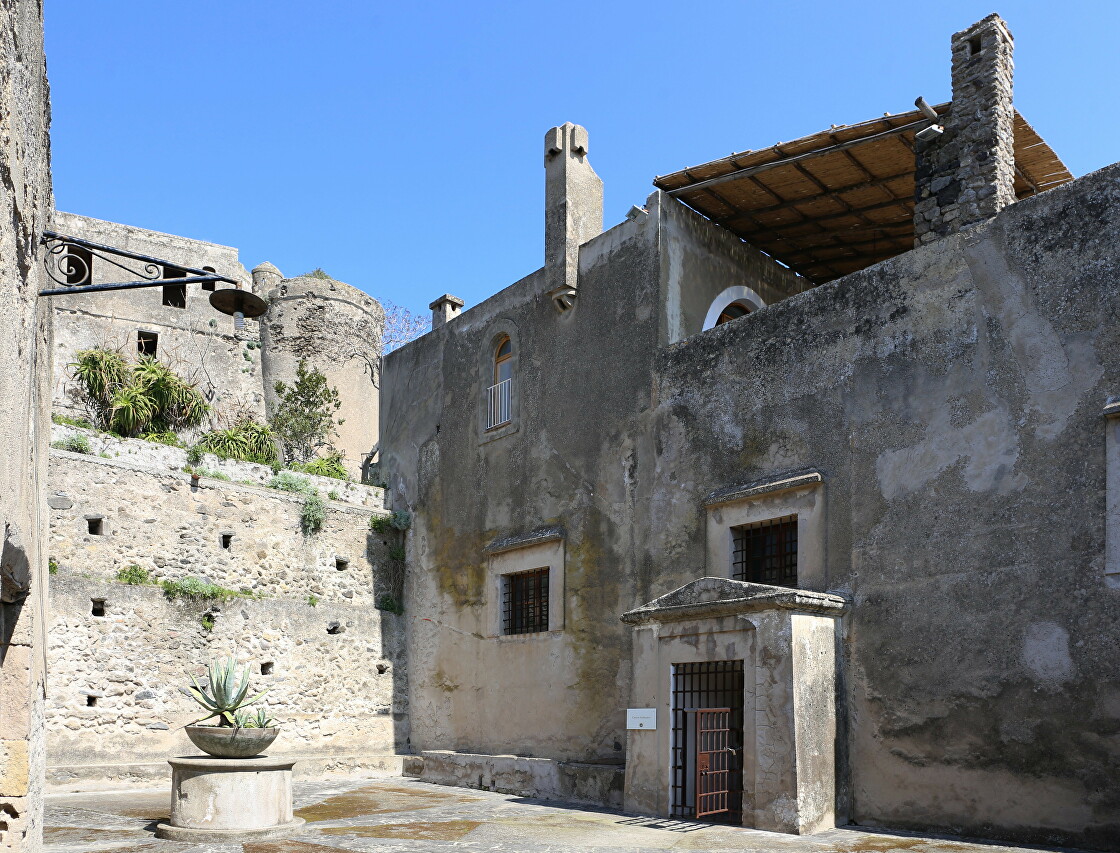 The building was built in the 17th century and was used for housing, but in 1823, on the instructions of king Ferdinand VI of the Bourbon dynasty, a prison was placed here. Along with criminals, "political" arestants were also held in the prison. 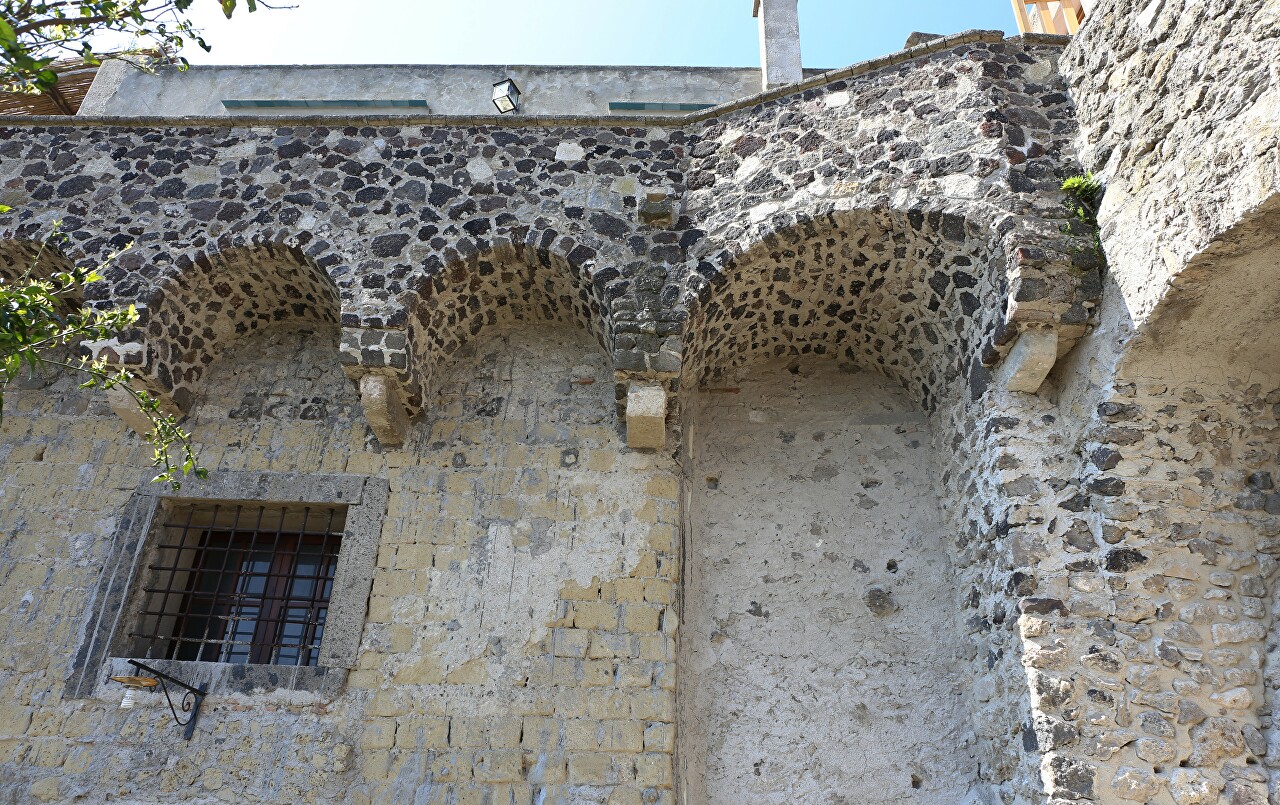 The names of the prisoners and their terms of imprisonment are listed on the memorial plaque, among them are the famous organizers of the 1848 uprising, Carlo Poerio, Michele Pironti, Nicola Nisko. As a result of the actions of Giuseppe Garibaldi's small army in 1860, the Bourbon power fell and the prison was liquidated. 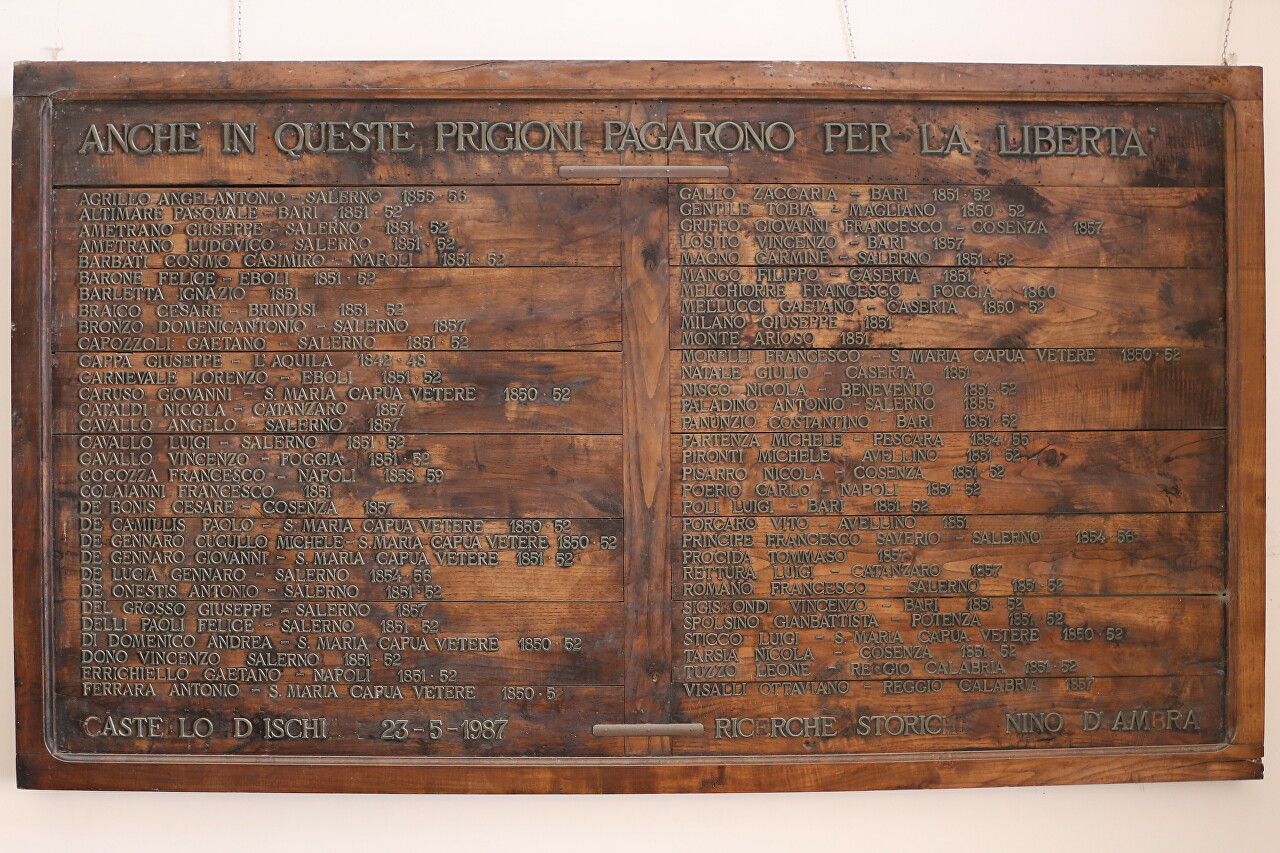