Sant'Angelo. The beach and promenade (Via Nazare Sauro)

Having Surveyed the coast from the pier of the Harbor, I headed into the town itself. The bridge between the piers and the rock with the shore, has a length of about 100 meters, at the same time performs the function of the beach. Now no beach accessories in it, the season has not started yet. 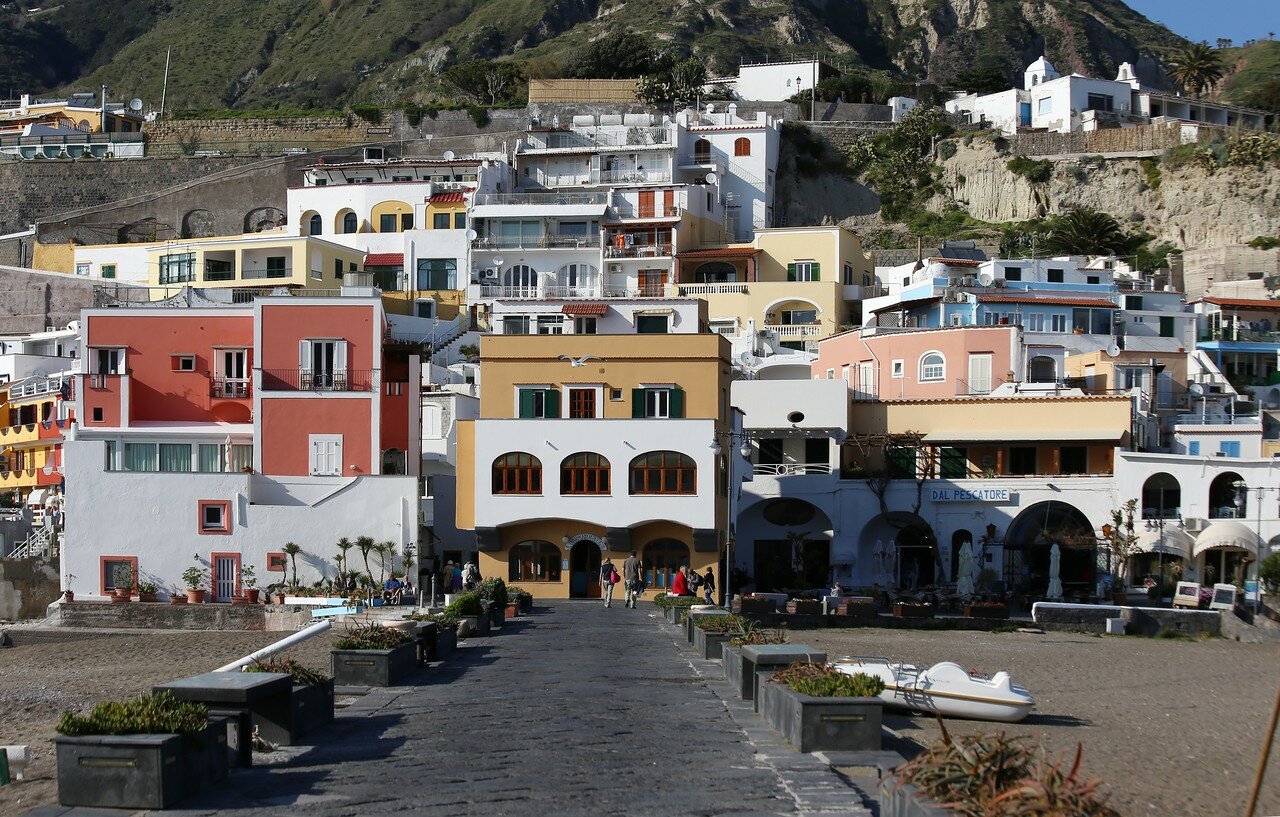 Jumper that connects the rock with the shore, decorated with a pretty unusual cacti. A great idea does not require the hassle, only they bloom very rarely. 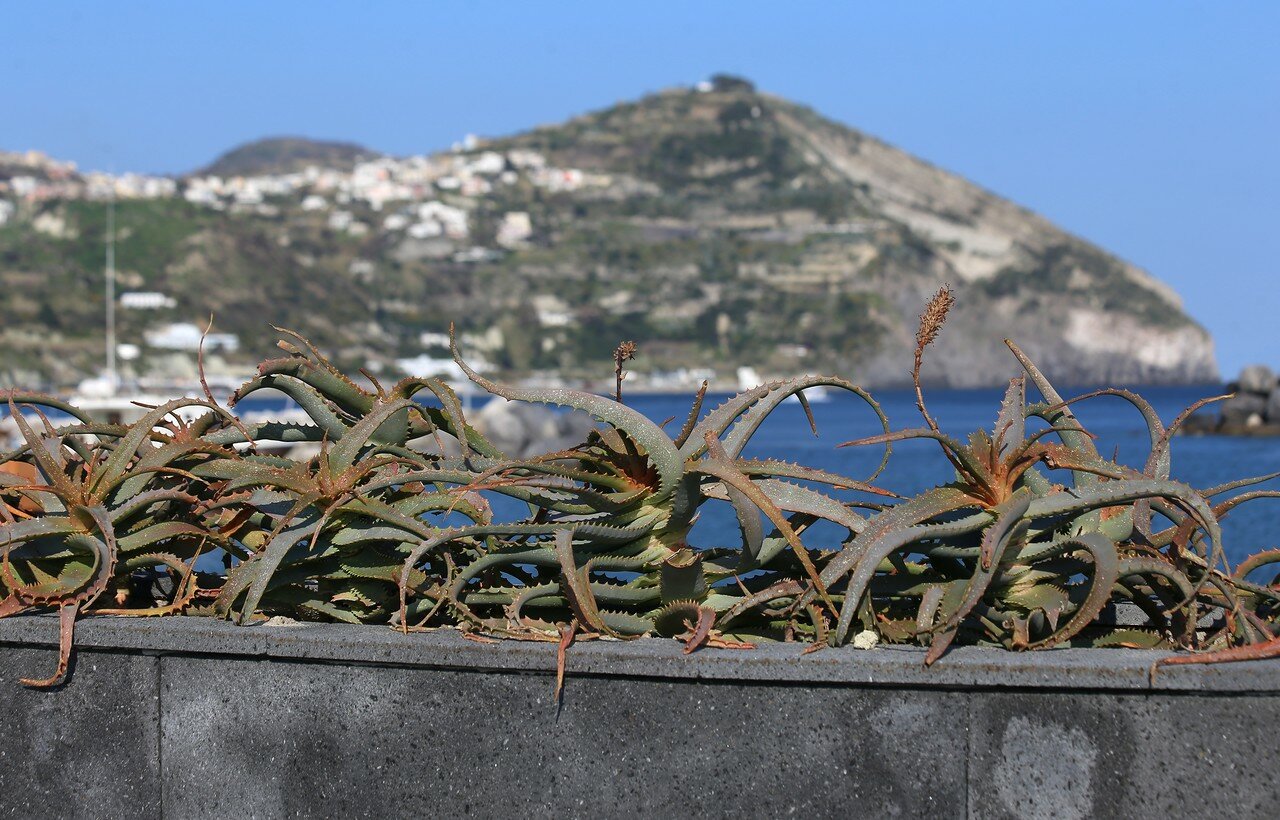 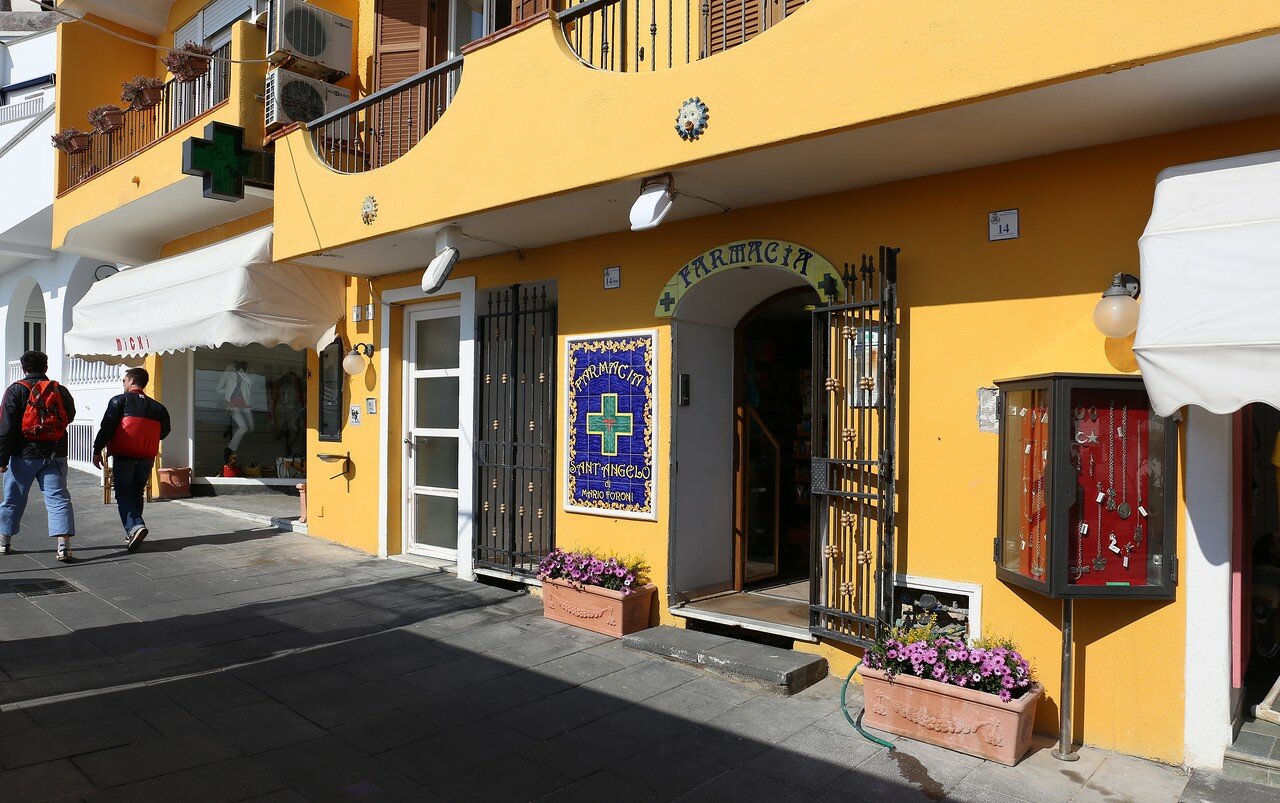 Vacation in Sant Angelo choose lovers of quiet privacy, in one of the houses you can see a poster - "Keep quiet". 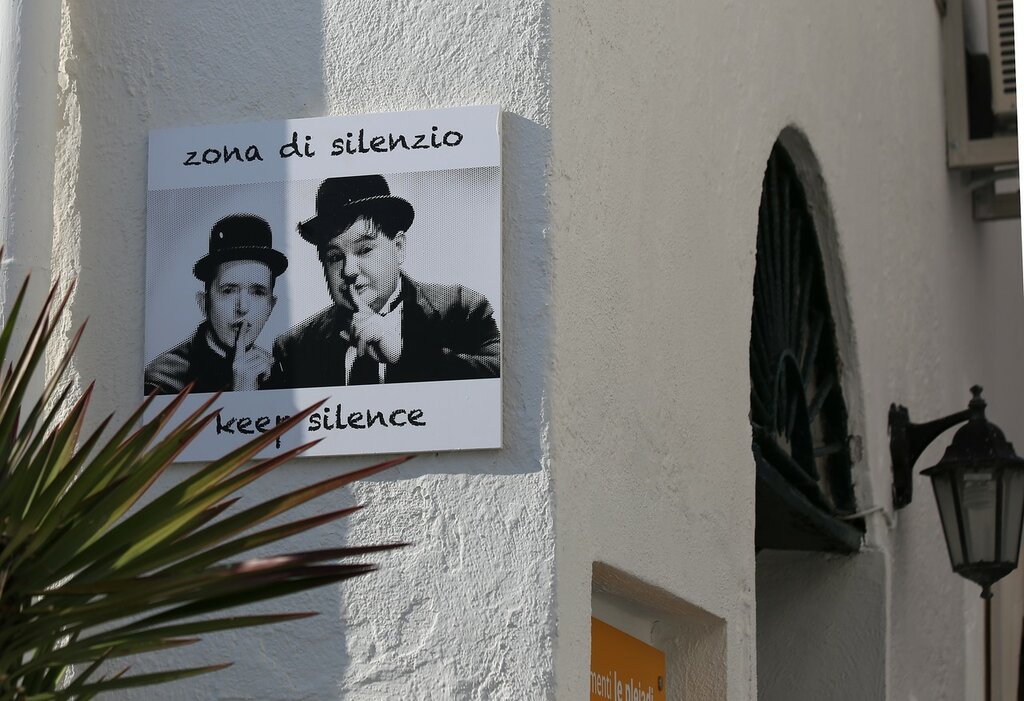 don't know how in the summer, but in early April to make noise here was no one - at the tables the famous restaurant Dal Pescatore there is not a single visitor. An hour ago there still was wandering tourists, but they took the tour boat, making mini - cruises around the island. In General, it amazes me mesna economy - as there are hotels and restaurants if most of the year they are empty. And the prices, even in the season will not be called exorbitant, and even high, althoughSant'Angelo is considered a prestigious and expensive place. 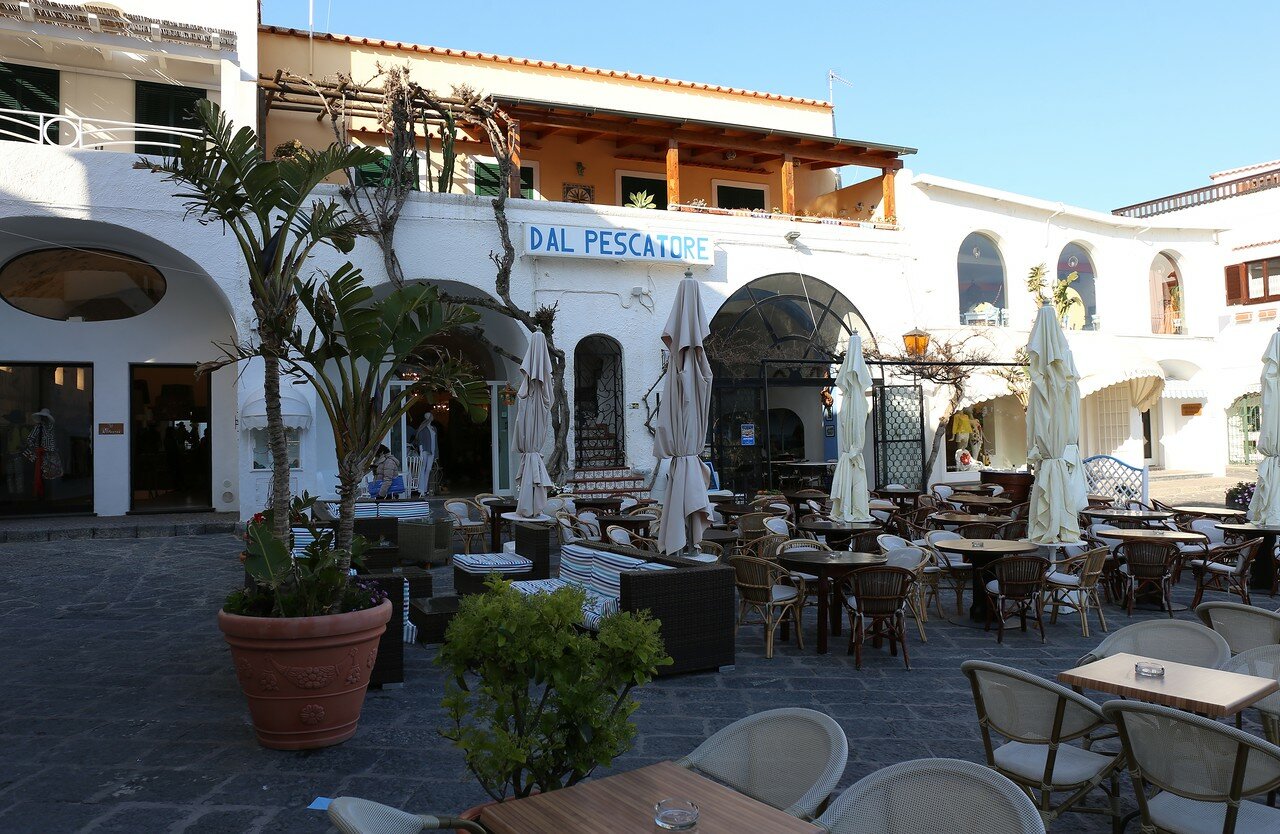 Sant'angelo the only town on the island, closed to vehicles. Here move and transport goods on small electric cars which can be rented. 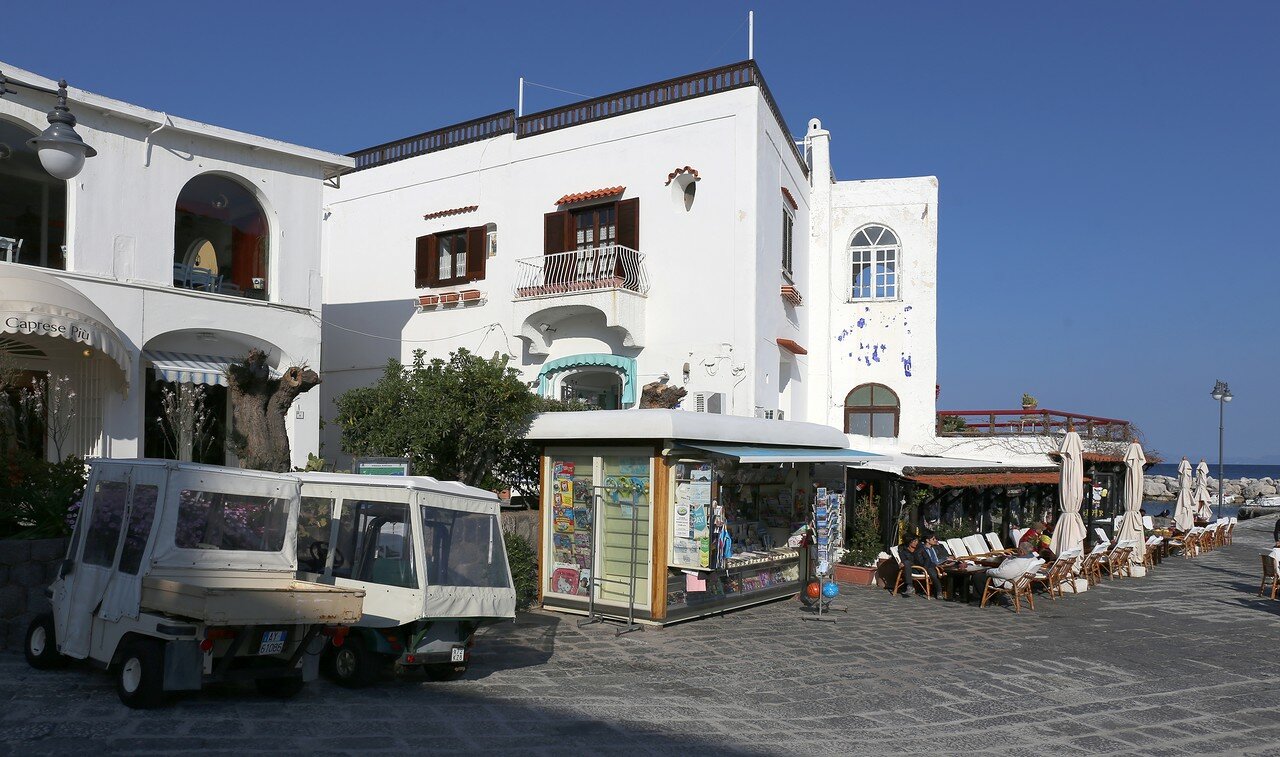 a Sign on the sidewalk, lined with pieces of pottery, notifies the "Society of friends ofSant'Angelo". I came across their website in preparation for the trip, from there I podcherpnul that the town was a refuge for intellectuals. 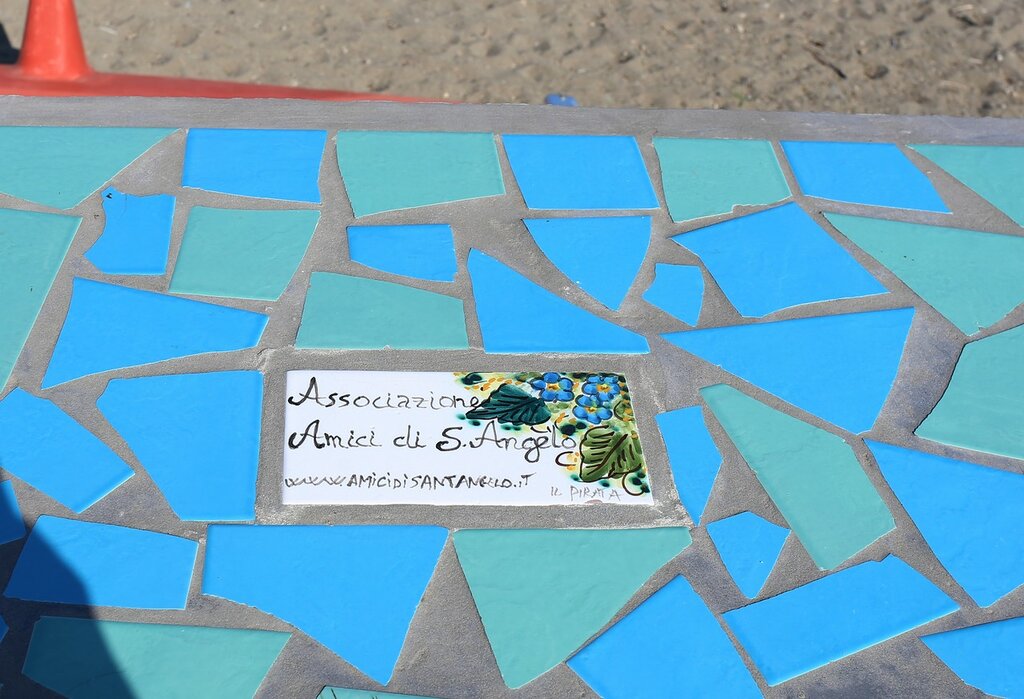 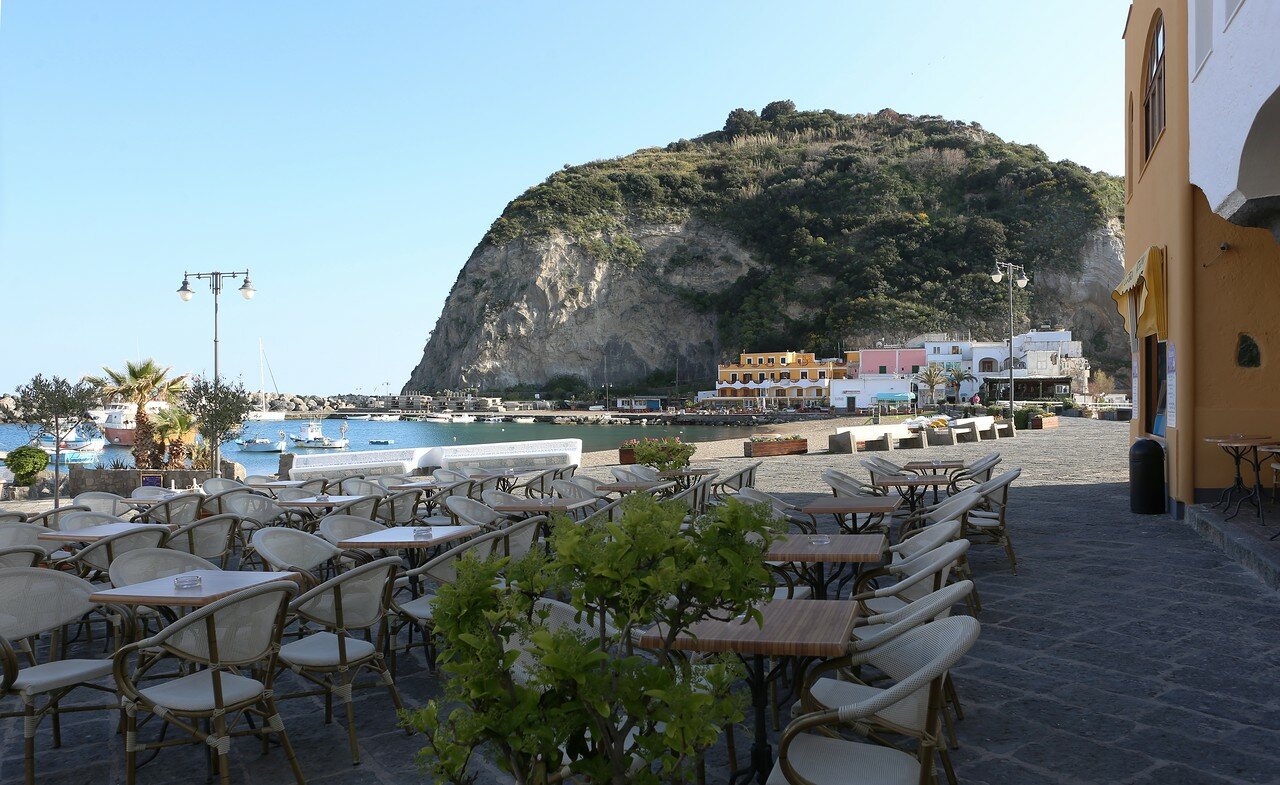 take a Walk on the pier, I found that the islanders have not forgotten the fishing - on the pier lay the network and a fish tank. 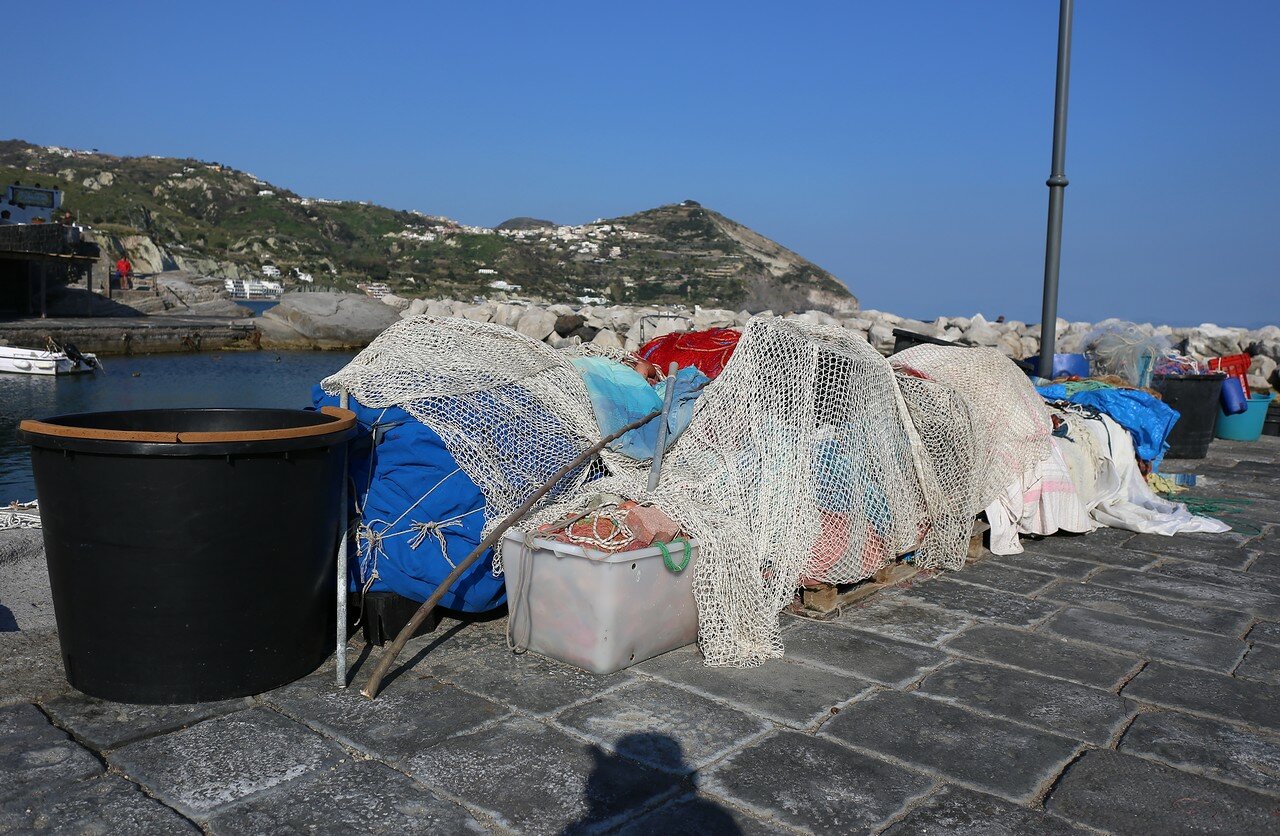 "Promenade", the length of which is little more than a hundred meters, and ends of the lava tongue from the white tuff. Here I turned back and headed to the top of the town.