Walk along the quay (if you can call it that), I sent his foot up on the steps of the narrow streets. 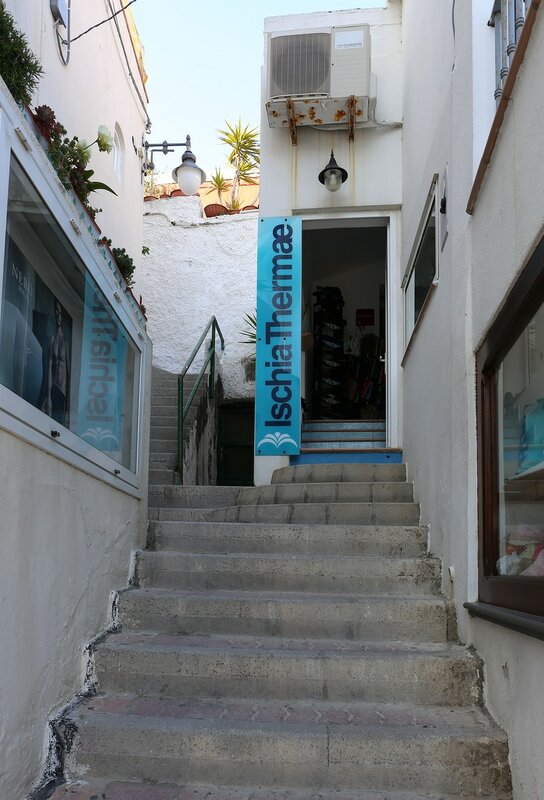 Sant'Angelo is so small that it has only three streets - Via Provinciale Succhivo goes down the steep banks from the bus stop by the harbour it is transient in Via Nazario Sauro, which can be called the waterfront (including pescina jumper), all the rest - Via Sant'Angelo. 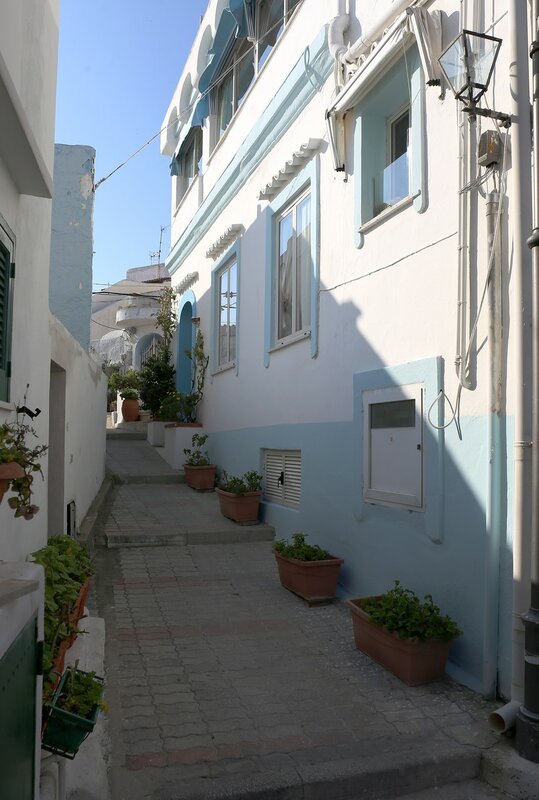 via Sant'Angelo breaks the traditional idea of the street - this is actually several pedestrian lanes going in different directions and intersecting with each other at different levels. 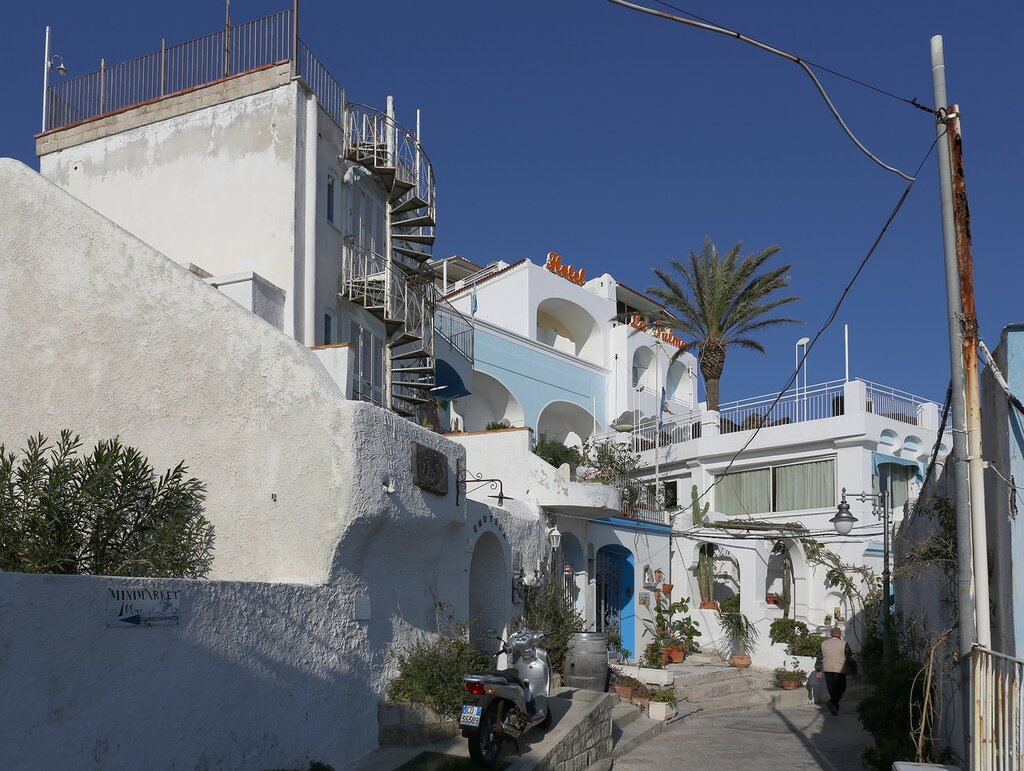 Poreda a few smooth turns, I came across a landmark - lime well (map). The plaque explained that in the 19th century lime was brought by sea from the mainland, and after clearing was stored in special pits. Lime was used in construction, as an antiseptic ( for example, for disinfection of tanks with drinking water) and as a food additive for poultry. 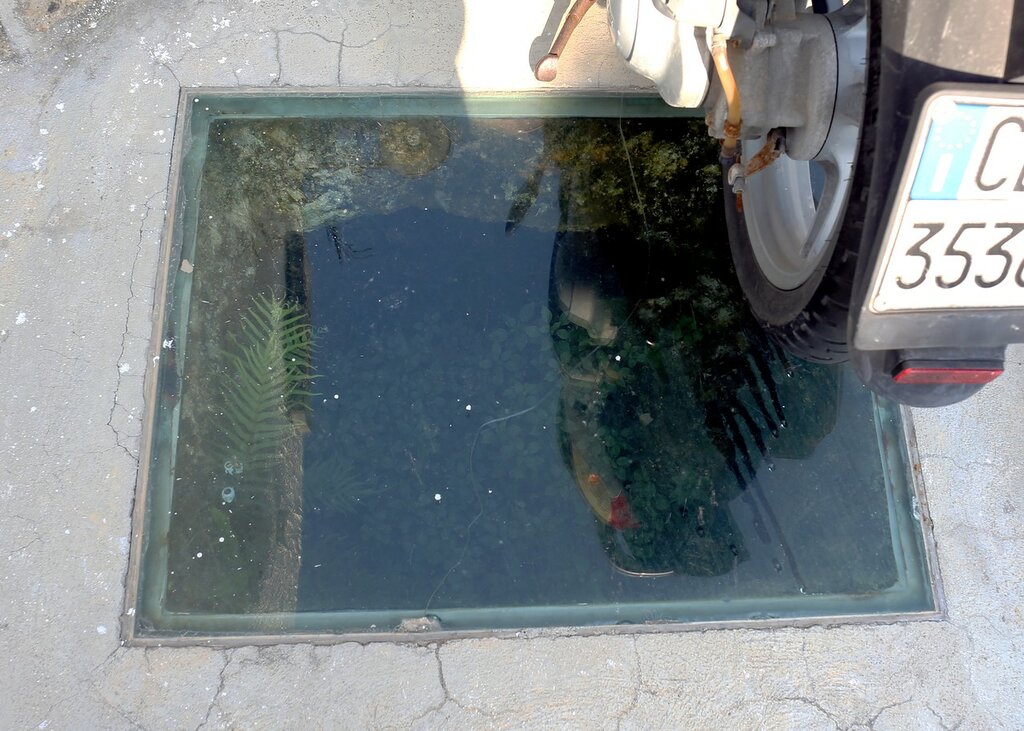 other attractions include the products of local ceramic mastertech in abundance adorn the windowsills. 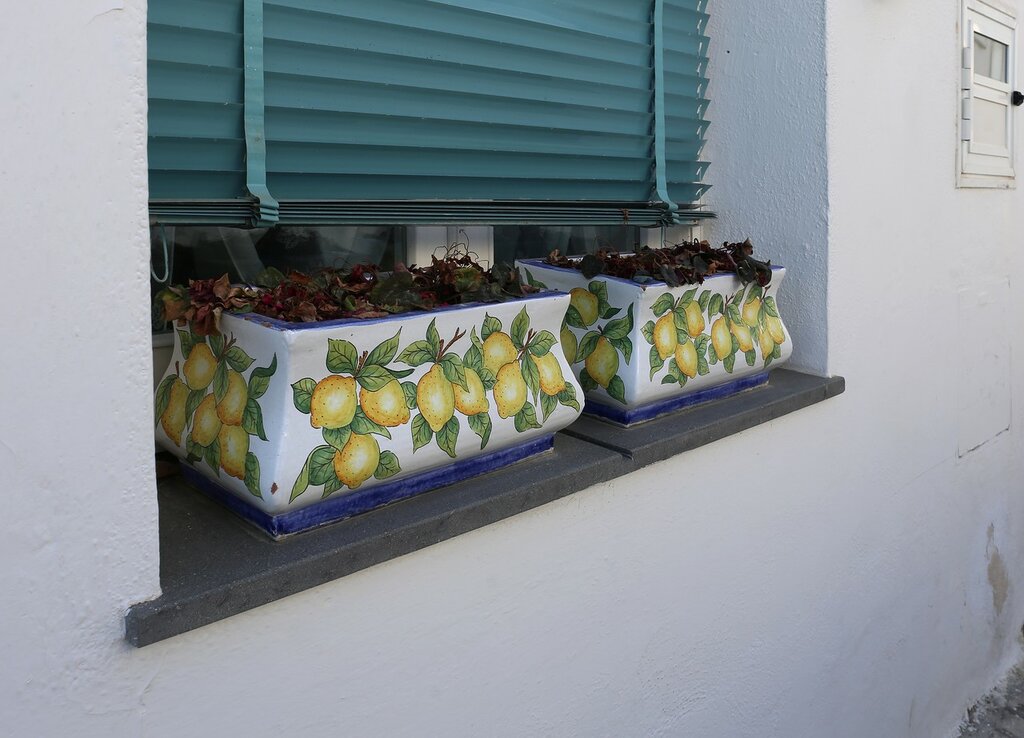 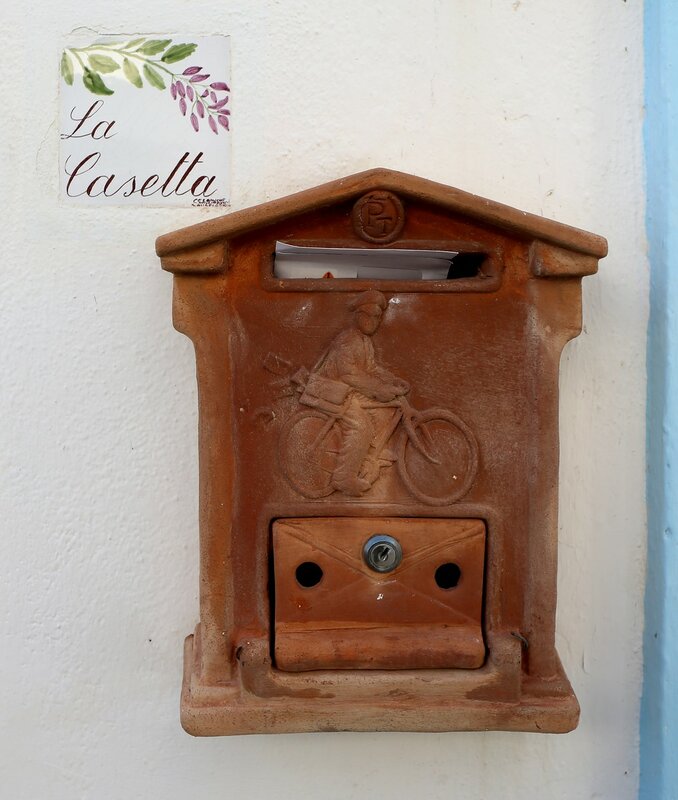 Lane led me to the terrace, open towards the sea. If instead of white roofs would be visible in the harbour, the panorama was just stunning.

Although the roof also was of interest - most of them completely white and not flat. 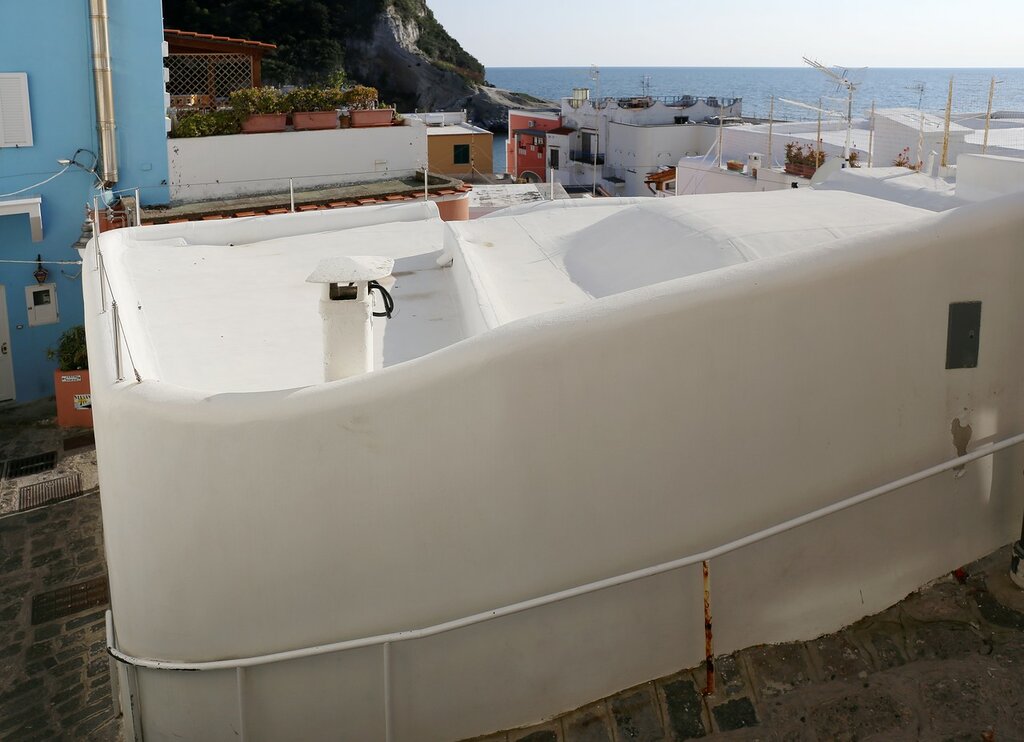 If in the house, to the right, to the first floor have to climb the stairs, then on the left side, you must first descend to the roof, and then into the courtyard where the front door. 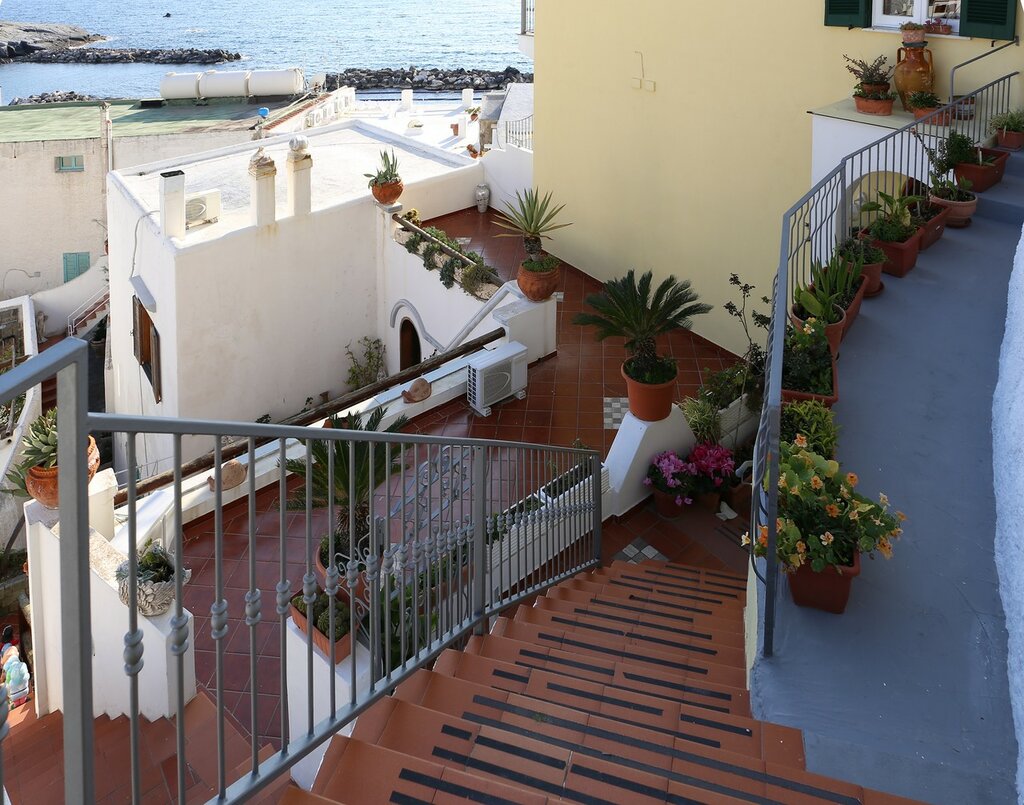 Most homes are small family hotels. 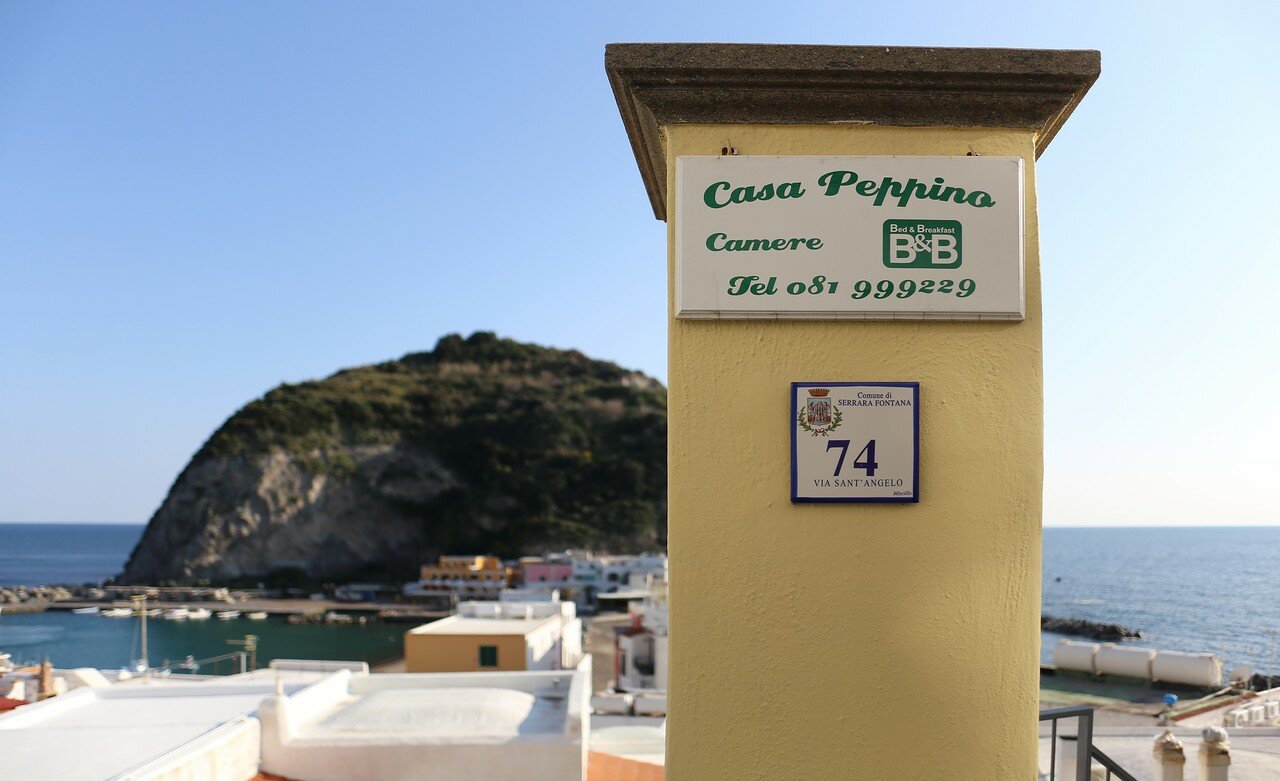 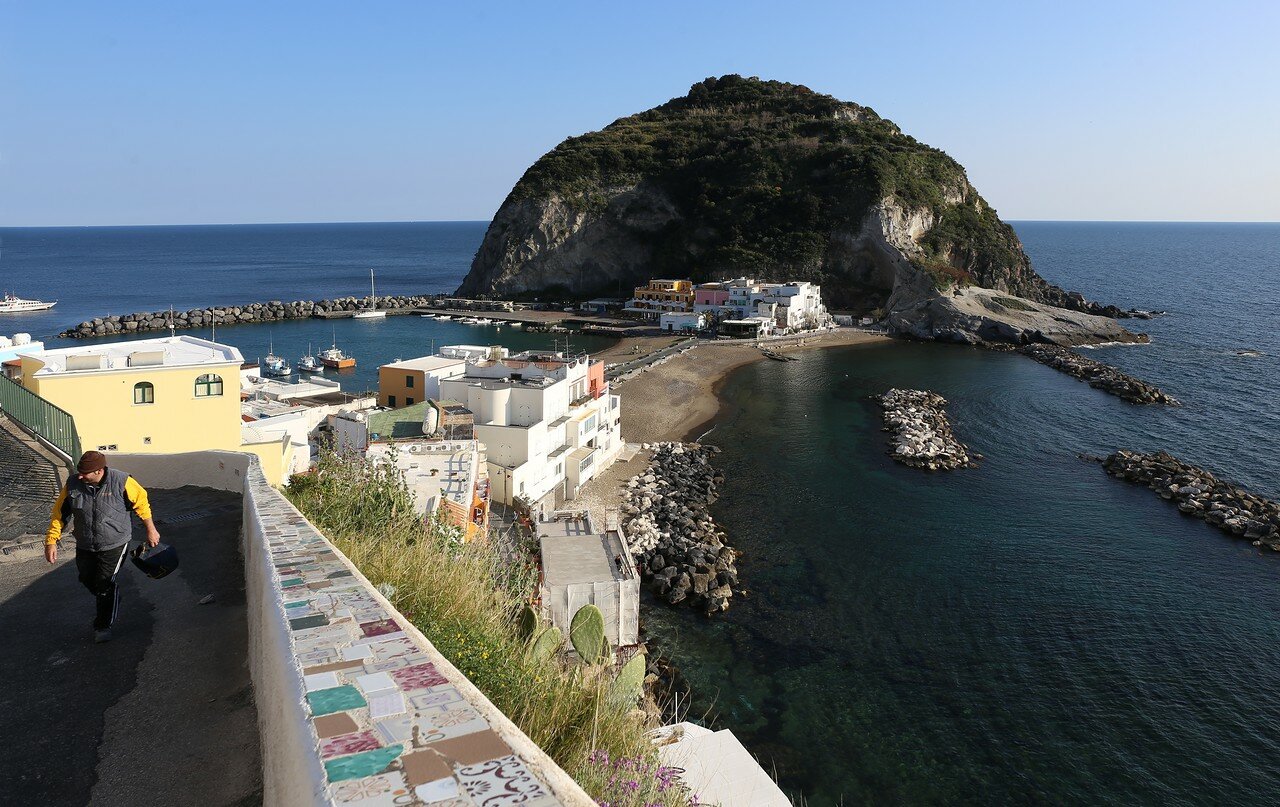 Cool stone pavement covered with transverse notches. This is done not to protect from hunger, as you might think - it is not the case, the minimum winter temperature is +7 degrees Celsius. Notches made exclusively for emulov - once the main transport on the island - so it is easier to climb the mountain. In fact, all the roads are former donkey paths, many of them now wider. However, it turned out, the street not only for donkeys and pedestrians - here I met a small electric car, like those that travel the Golf course. Such a machine can be rented in the town or surrounding resorts. 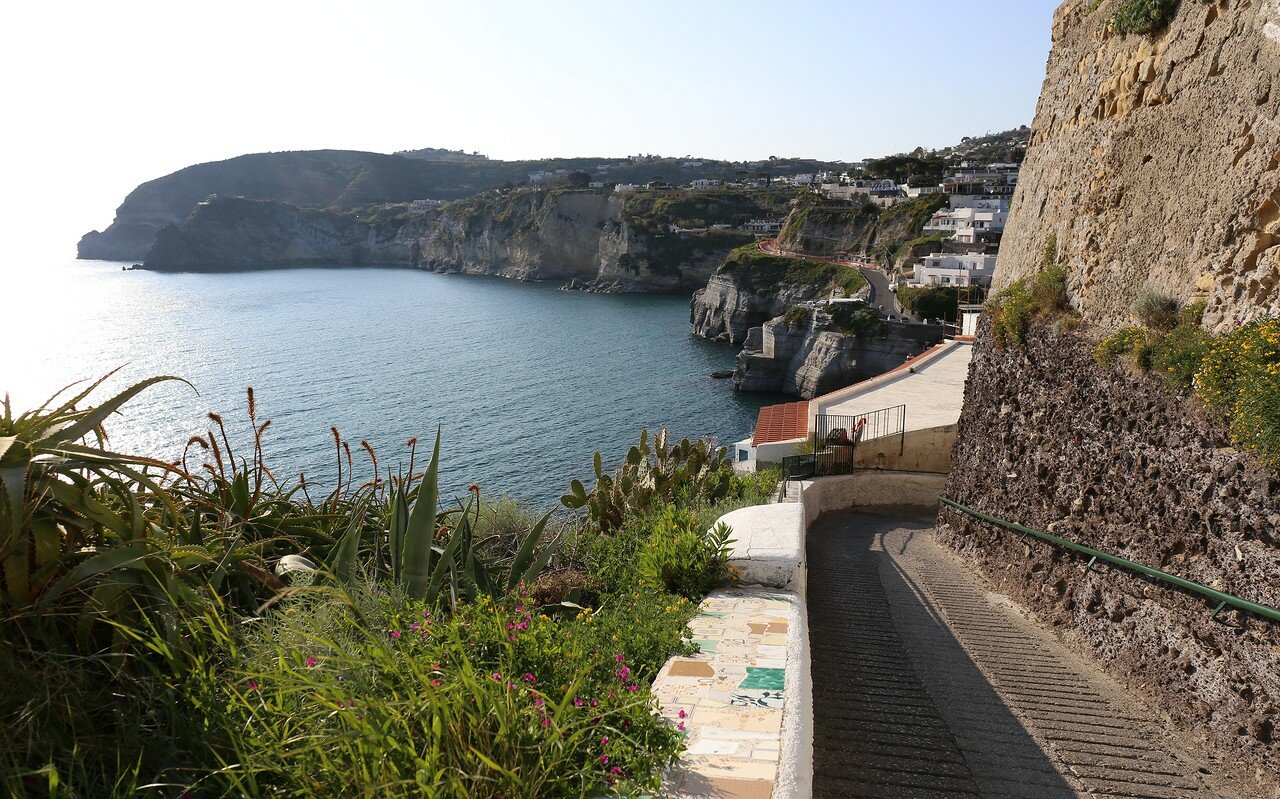 At the top showed the same wonderful place for photography (map). Looking down, you can see that the town really is quite small and is housed in four levels. 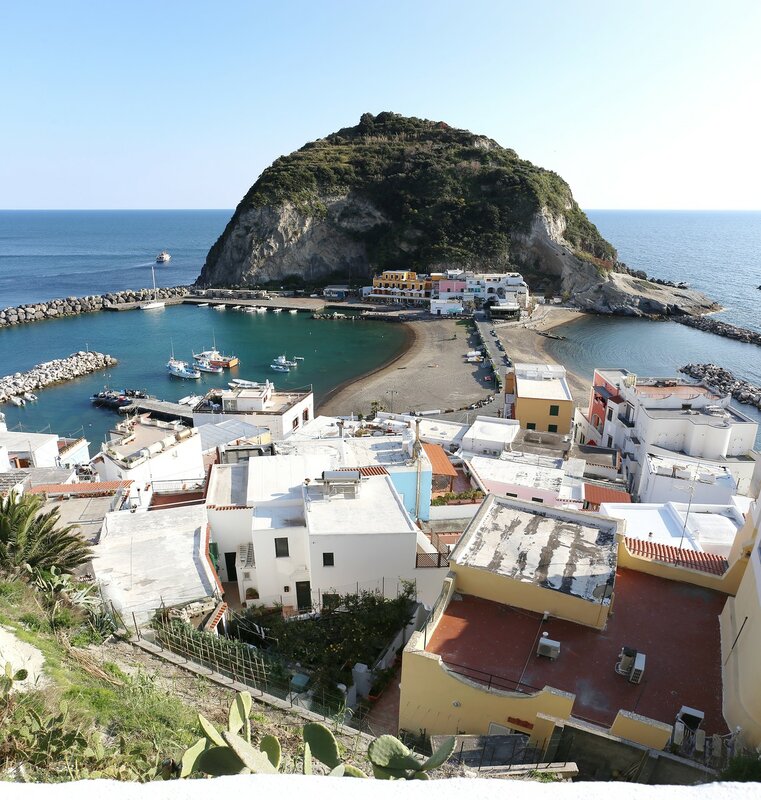 Literally a few steps away is the Church of Archangel Michael and the picturesque little cemetery.