Church of Michael the Archangel, Sant'Angelo

At the highest point of the town, on the hill of Madonella, there is a Church of very simple and harmonious architecture (map). 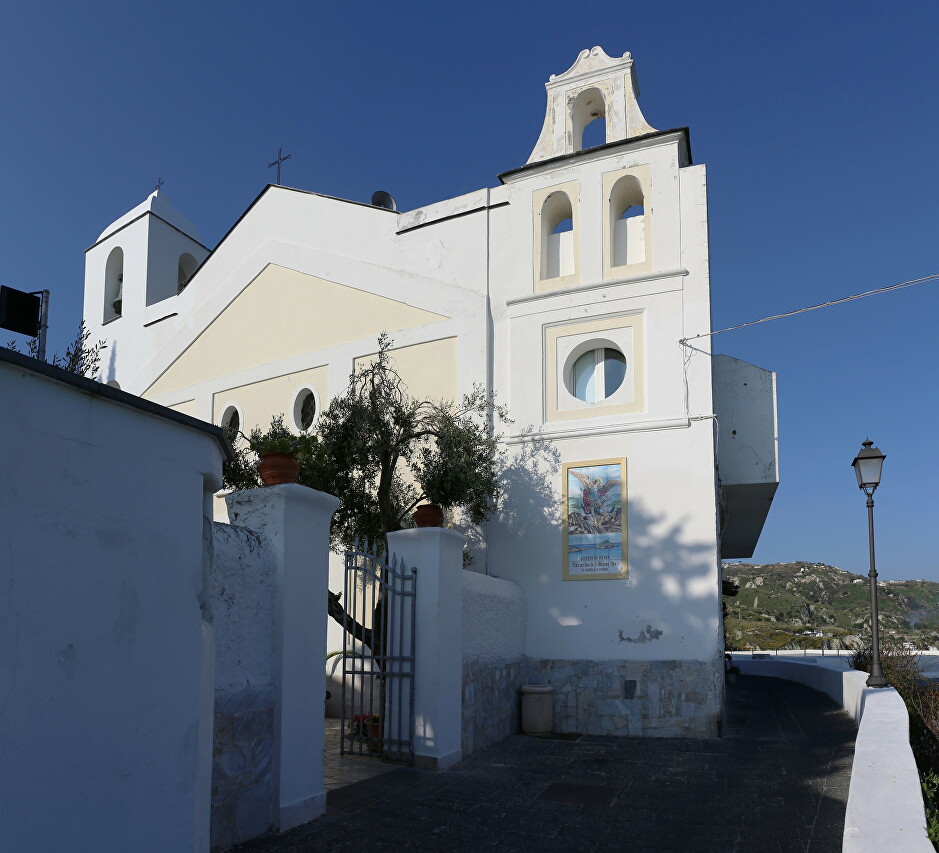 The history of the church of Saint Michael (Chiesa di San Michele Arcangelo) began in the 16th century, when on the top of the rock of Sant'Angelo, Benedictine monks built a Hermitage and a chapel next to it. On the rock was also a watchtower, which was subjected to intense bombardment by a British squadron during the siege of the island in 1808. As a result, all the buildings on top of the cliff were destroyed. The ruins have been preserved to this day, but there is no way to climb a high rock without special training. 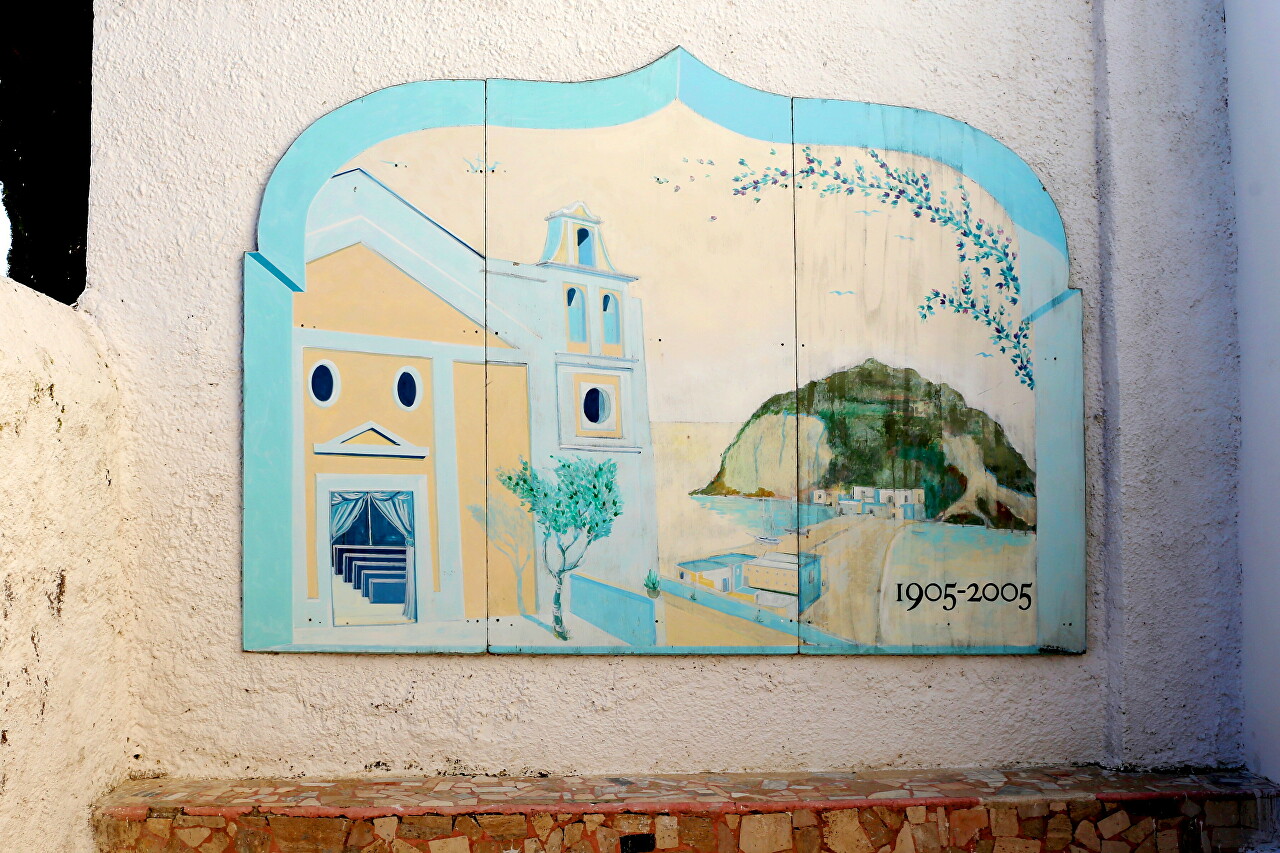 In 1850, a resident of the town, Giuseppe Iacono, built a family chapel on his own initiative, and opened it to all comers. 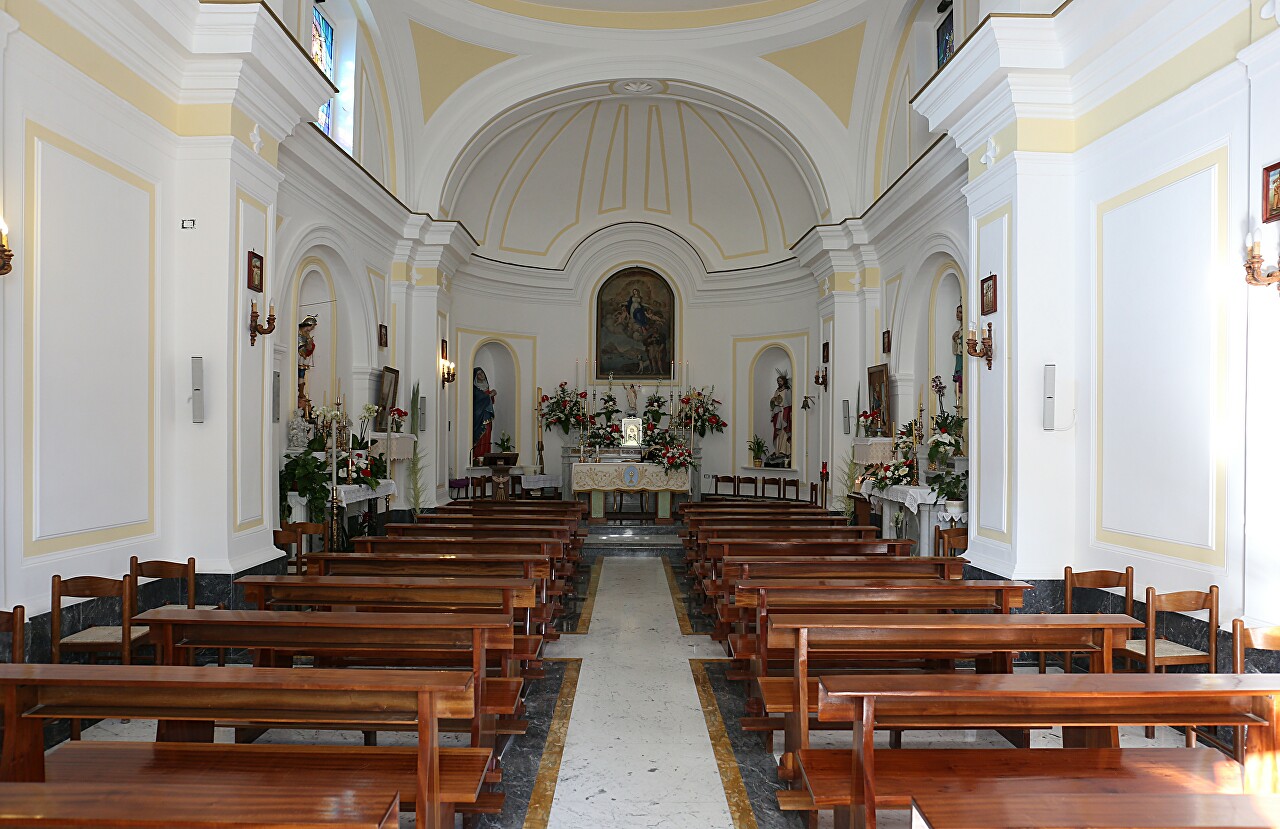 The function of pastor for more than half a century was performed by iakono himself. In 1903, he ceded his rights to the building of the diocese, and in 1905, the parish of St. Michael was formed. Over a hundred and fifty years, the chapel fell into disrepair and a new Church was built in its place in 2005, which we can see now. 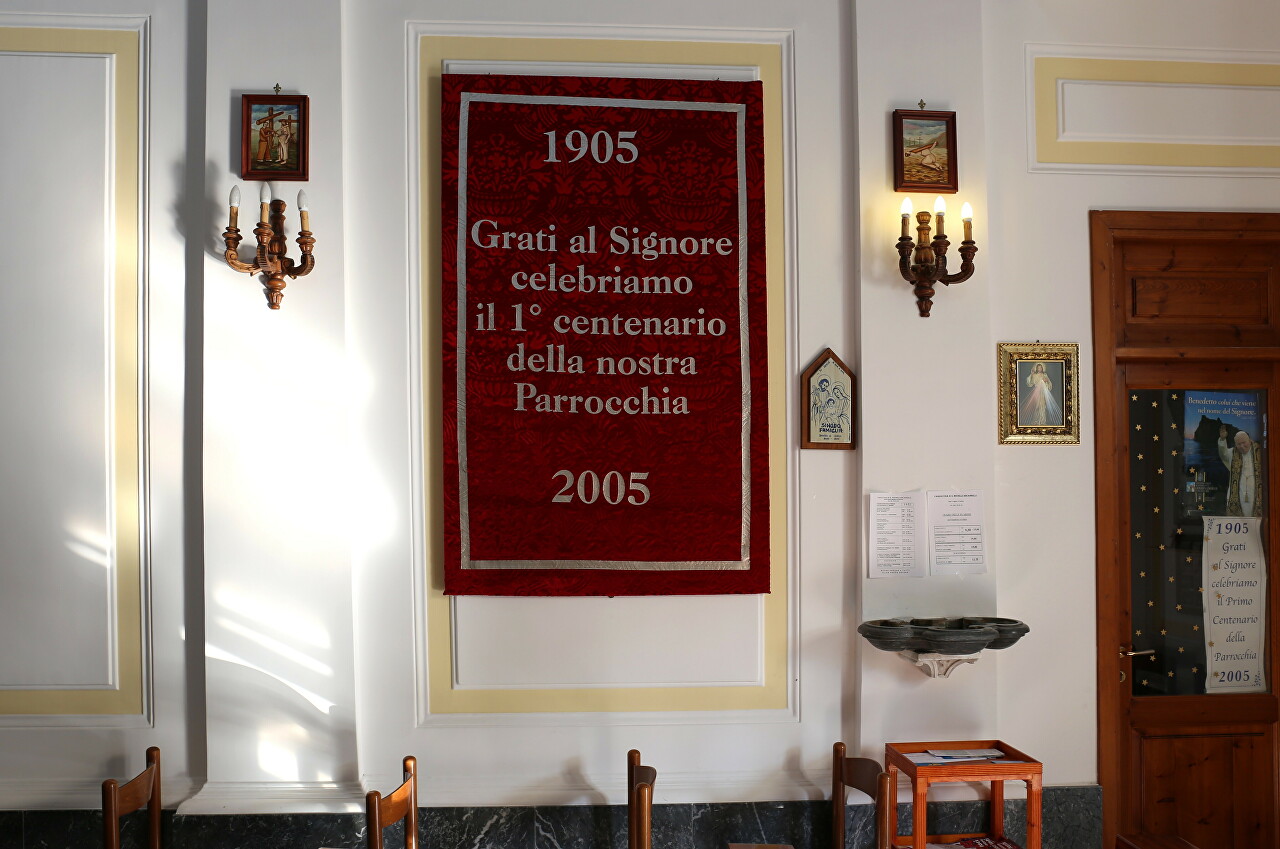 The Church was named San Mkele not by chance - arihistratig Michael is considered the patron Saint of sailors, and the villagers have long been engaged in sea fishing. In a niche to the right of the altar is a wooden statue of the Saint, made in the 19th century. The image is quite common, just like the one I saw in Spanish churches. 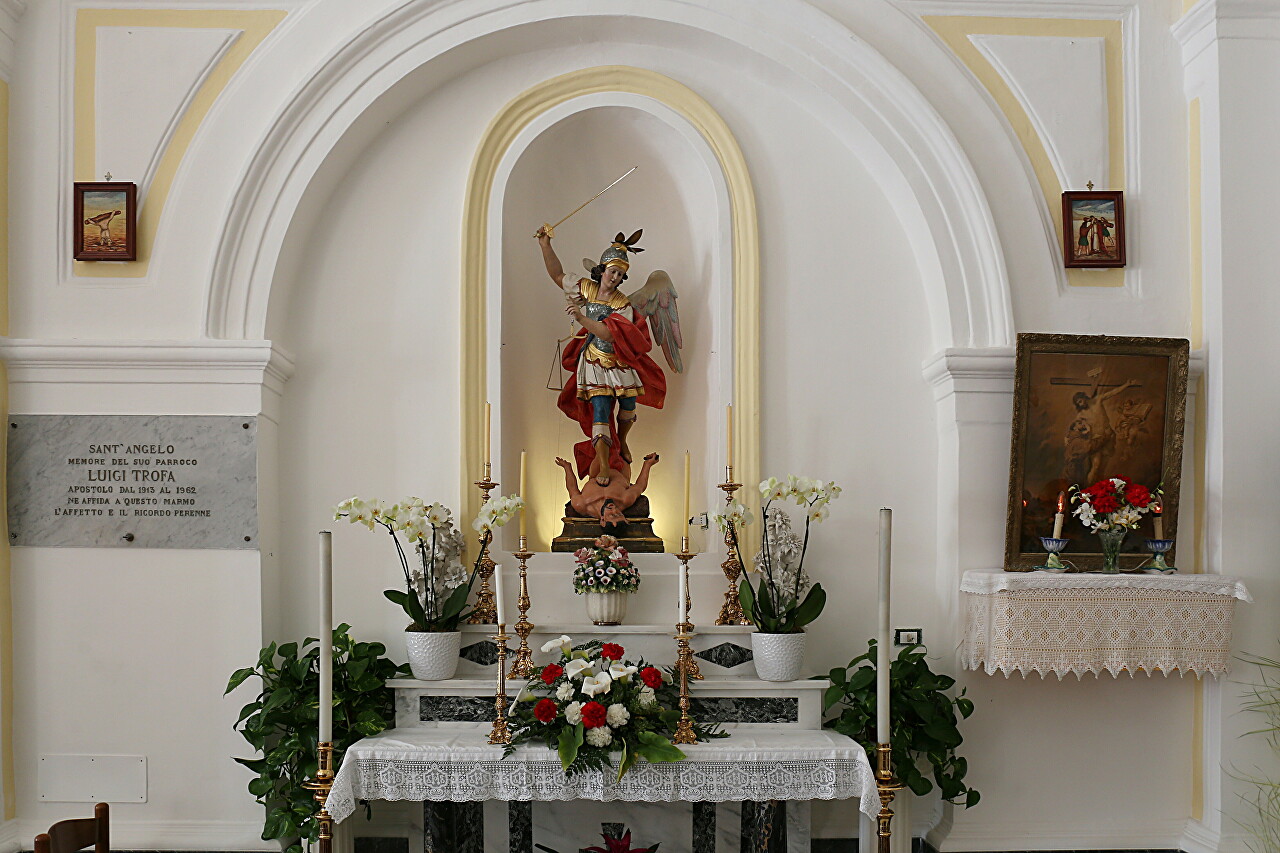 The altar is decorated with a canvas depicting the assumption of San Rocco (Saint Roch). The painting was painted at the end of the 19th century by an unknown author. 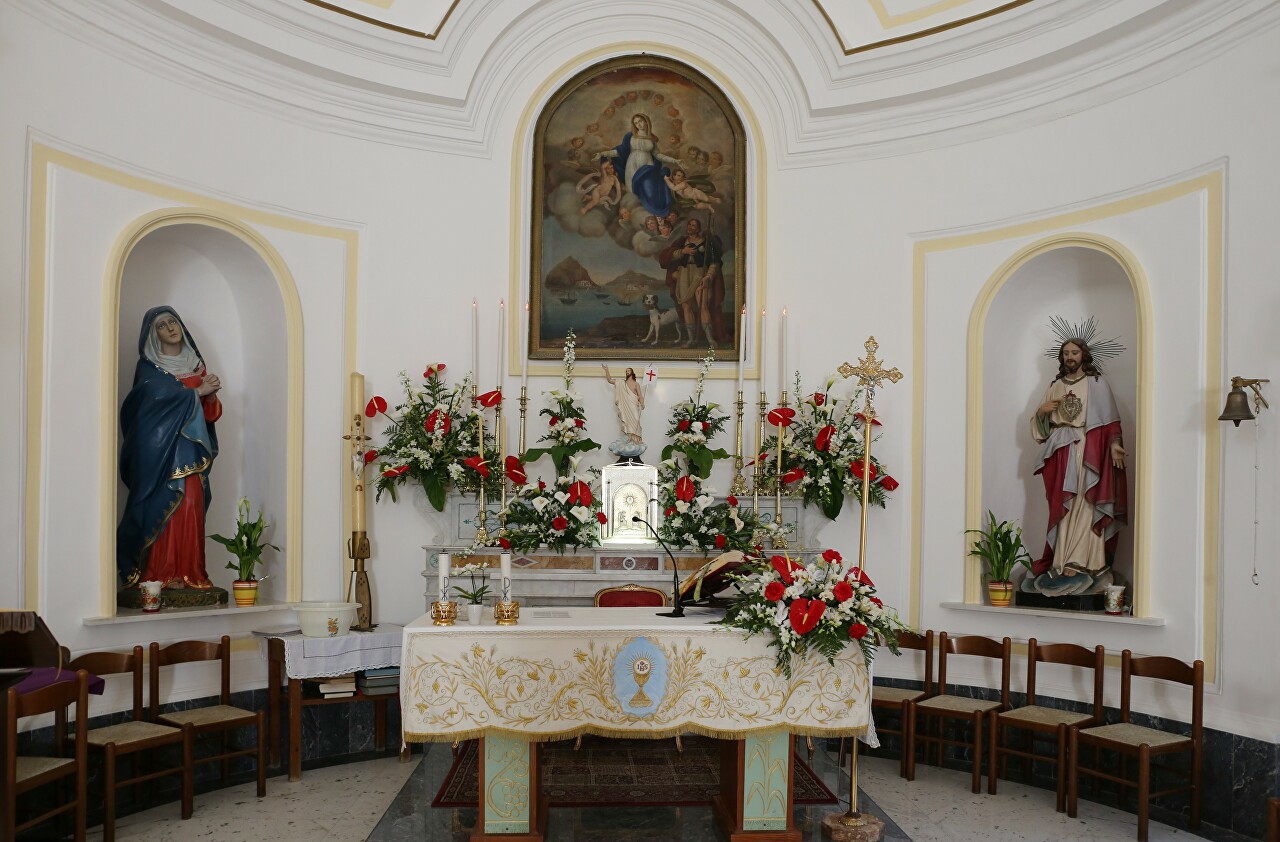 The feast of St. Michael the Archangel is celebrated in the town on September 29, on this day you can see two festive processions with a statue of St. Michael at the head - one along the streets of the town, the second on boats along the beaches of Maronti. The festival continues on September 30, when stalls of sweets are opened along the shore, artists and musicians perform, and in the evening there are spectacular fireworks displays. 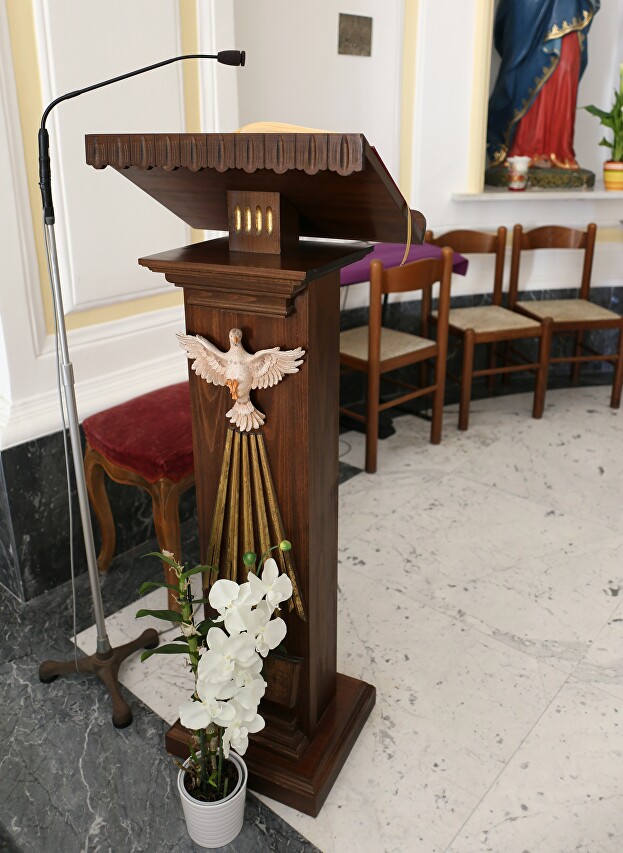