Our ferry left the water area of the port and turned to the southwest.

From board the ship offers a panorama to central districts of Naples.

On the left we see the green shore of The Chiaia district, where there is a public Park. Over him terraces is located Vomero. This is the most prestigious area of the city, it is much quieter than in the lively historic center. 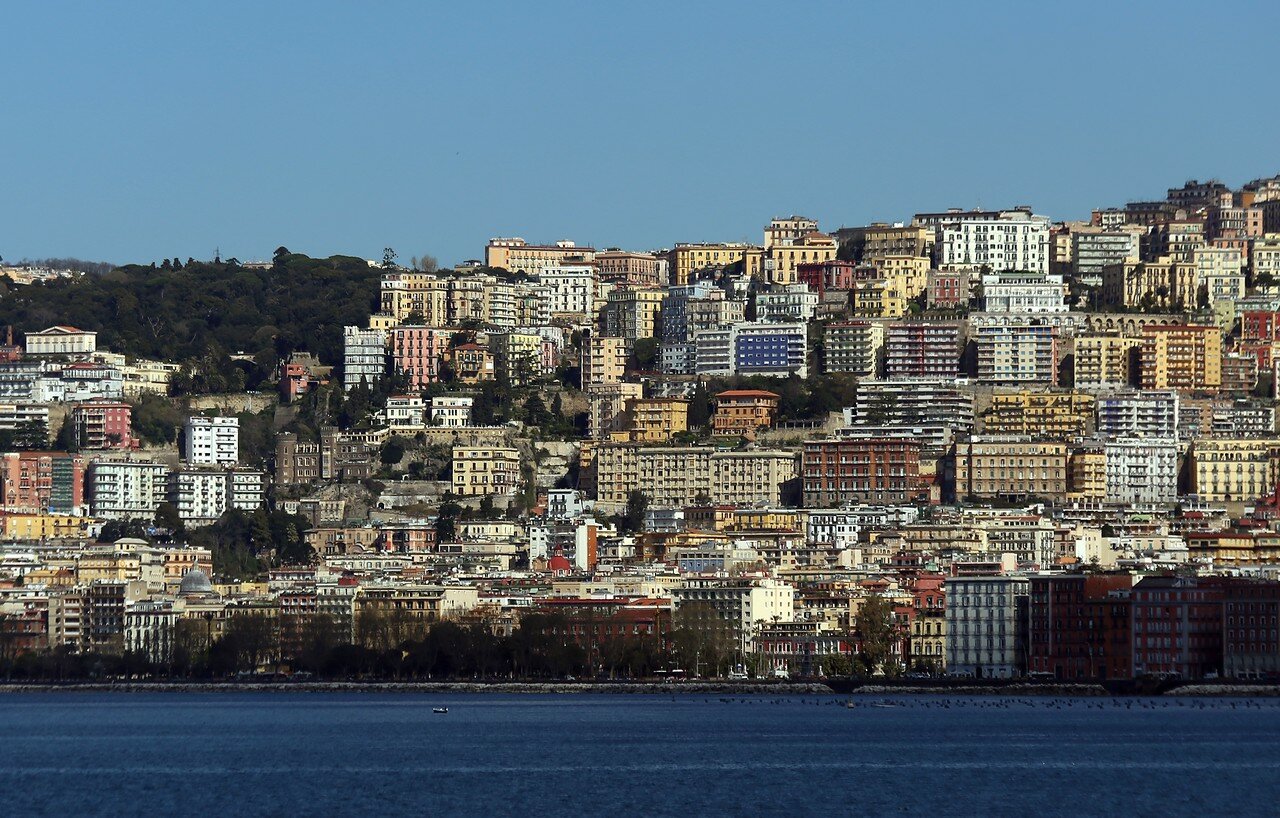 Between Chiaia and Porto is a small area of San Fernando, whose main attraction is the castle of Eggs (Castel del Ovo). 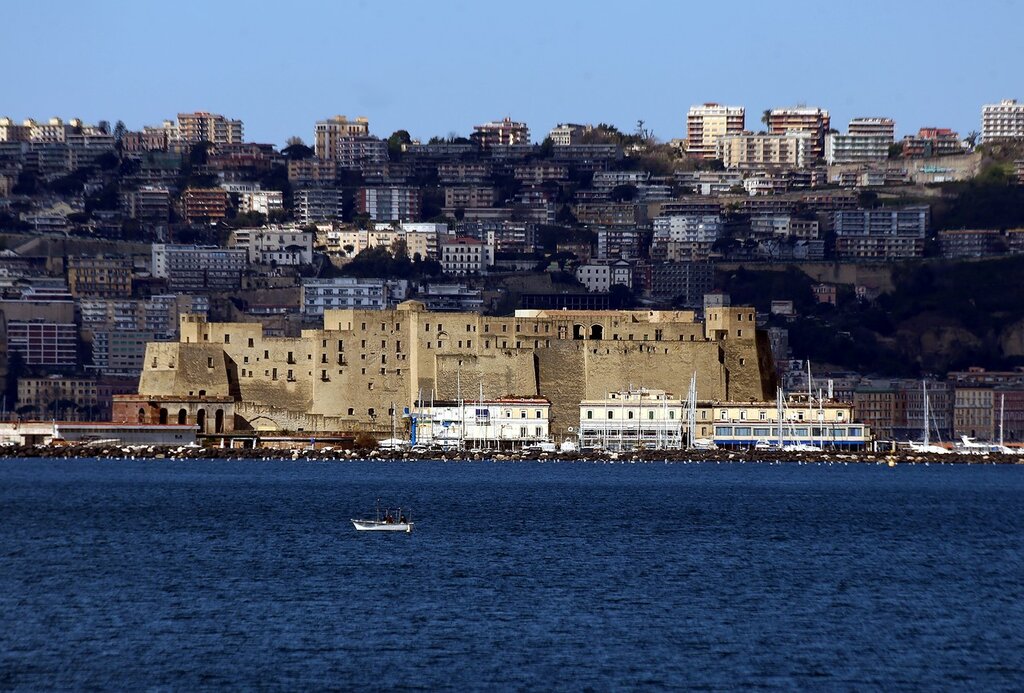 On the top of a high hill there is another fortress - the Castel Sant'Elmo. White building on the right-the monastery of San Martino, now it houses the national Museum. 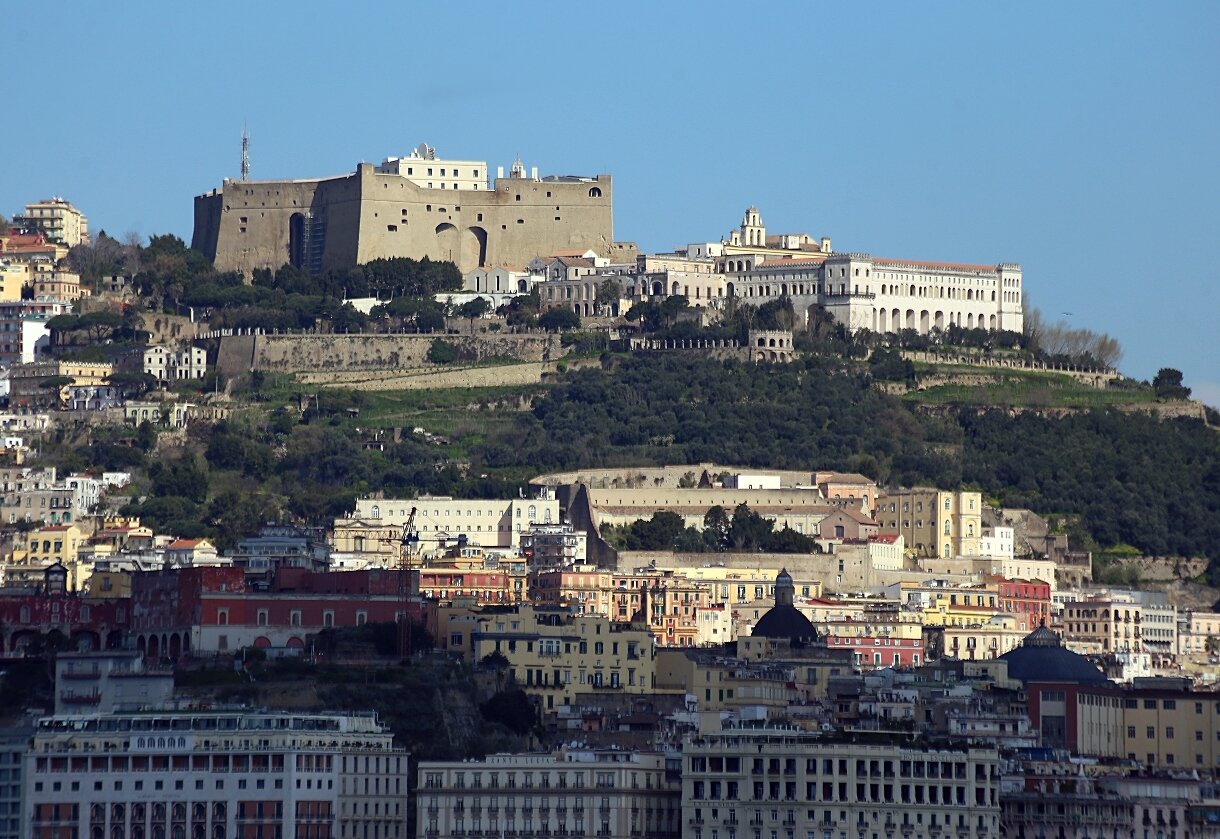 Once again we look at the passenger port, the breakwater of San Vincenzo, the lighthouse and the statue of the patron Saint of Naples - Saint Januarius.

Berths cargo port, one of the most important in the Mediterranean, stretching for three kilometers. More than half a million containers a year pass through the container terminal of Naples. 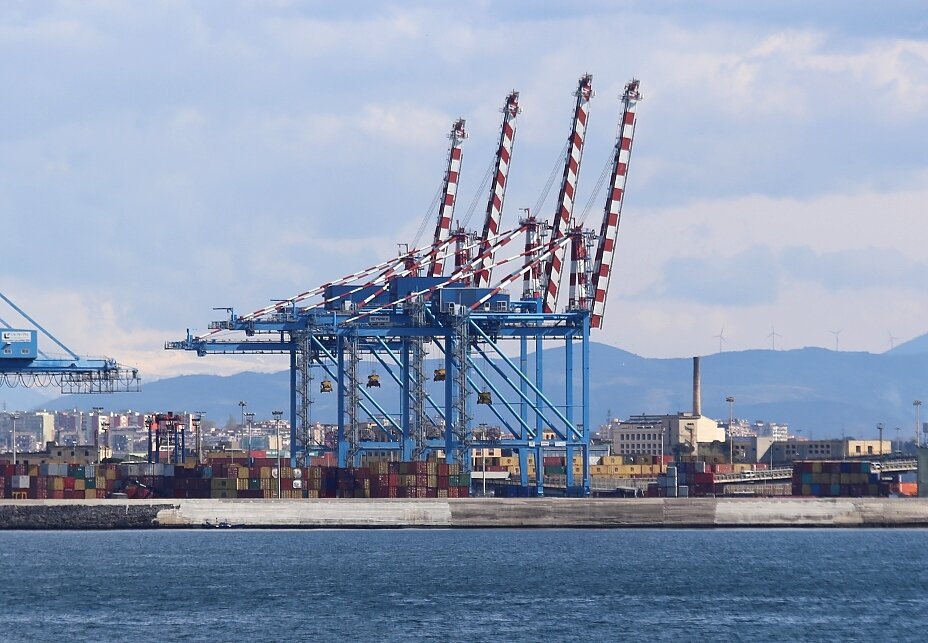 To the right of the port rises the cone of the most famous volcano of ancient history. The top is lower-the remains of the Caldera of the Somme Pro-Vulcan, in the ring of which Vesuvius was formed.

On the left side of the blue silhouette of the island of Capri, which I visited in the spring of 2011. 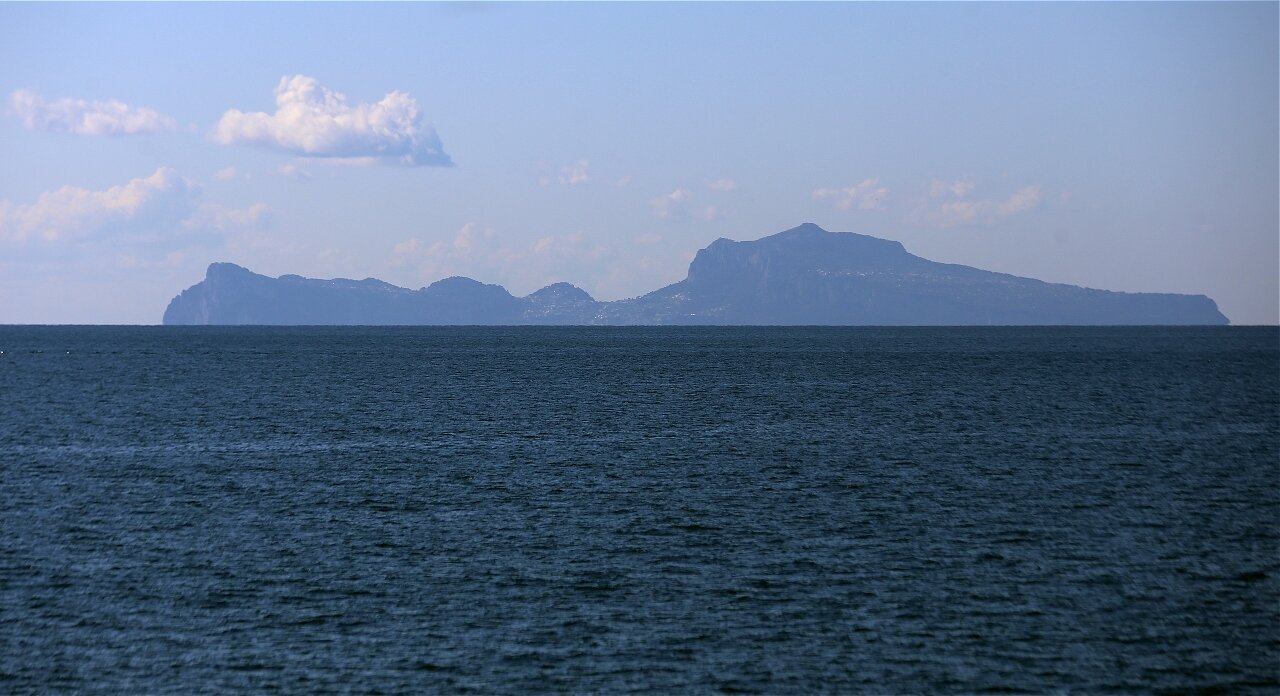 Straight ahead climb out of the water the two islands - Procida and Ischia.

Back to starboard. Now the ferry goes along the coast of Posillipo - the southern district of Naples. 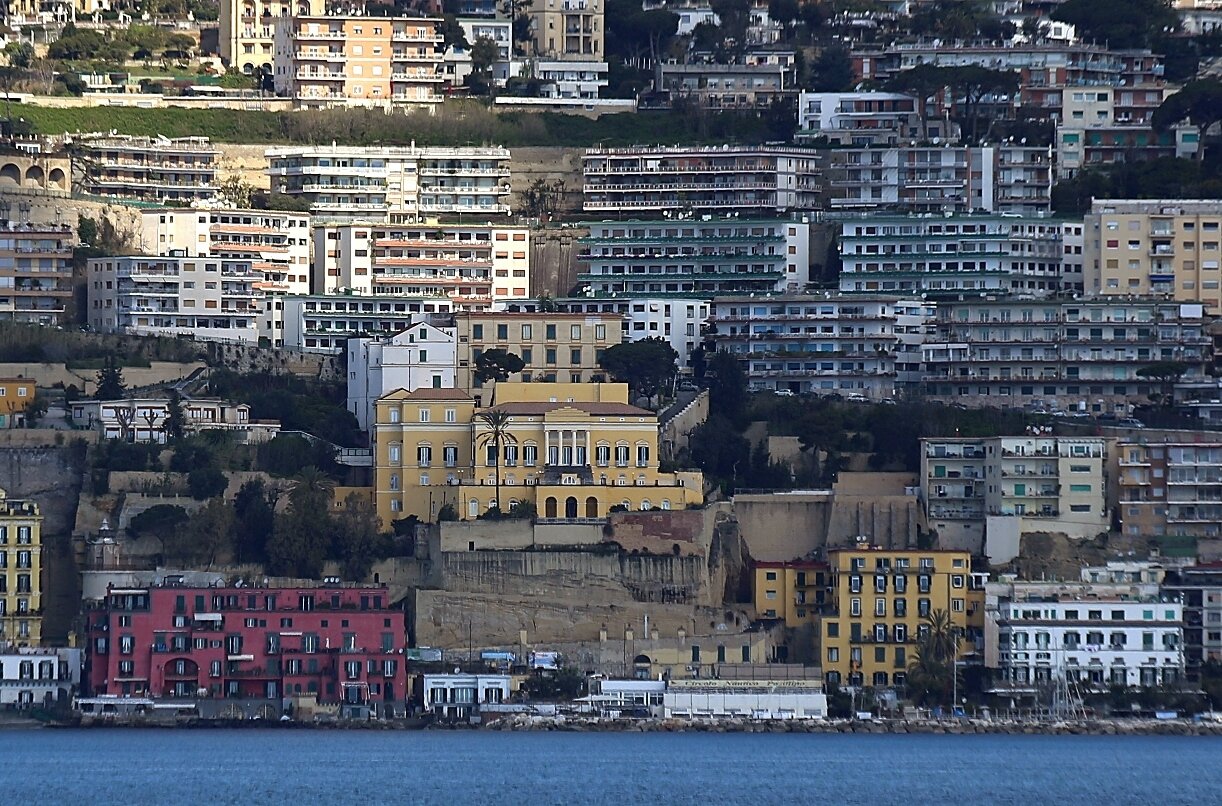 The district is located on a hilly Peninsula, whose name comes from the Greek "Pausilypon", meaning literally "a respite from danger". What prompted the Greeks to call this area, hard to say, guessing here sailors could escape from the Cyclops.

Before the construction of the road in 1812-1824 the years these places have been practically settled, but on the Peninsula quite a lot of Roman ruins. In particular, the archaeological area of Posillipo includes a Villa built in the first century BC by the rich Freeman Publio Vedio Pollio. Now these ruins are known as Casa degli Spiriti (House wth ghost). 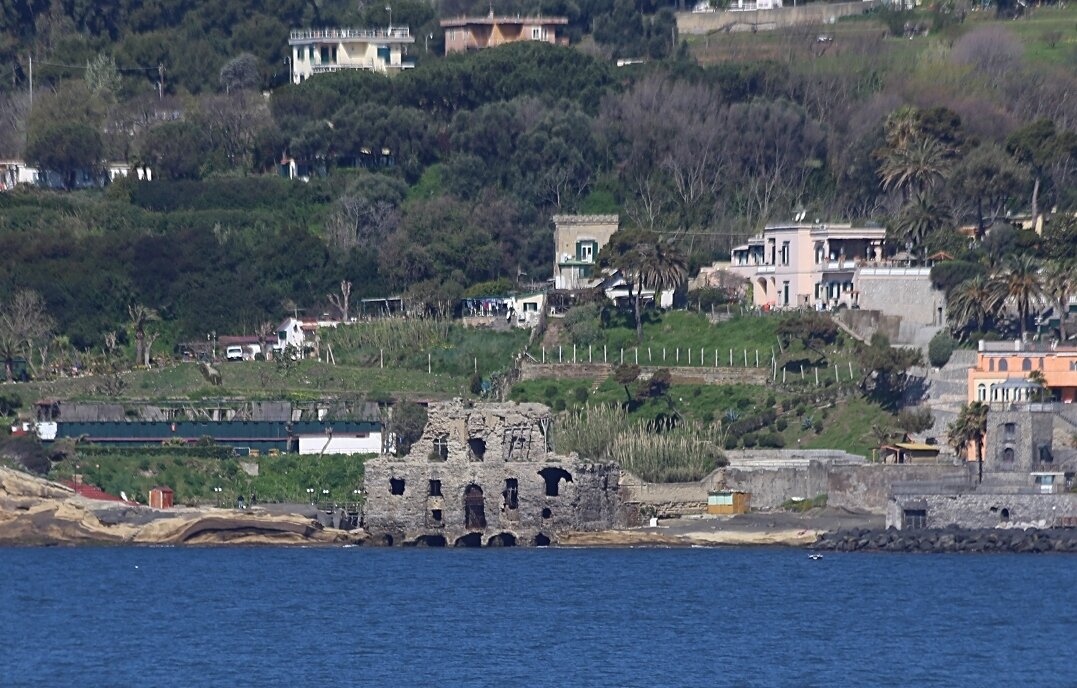 Over time, the coast of Posillipo became a popular recreation area, 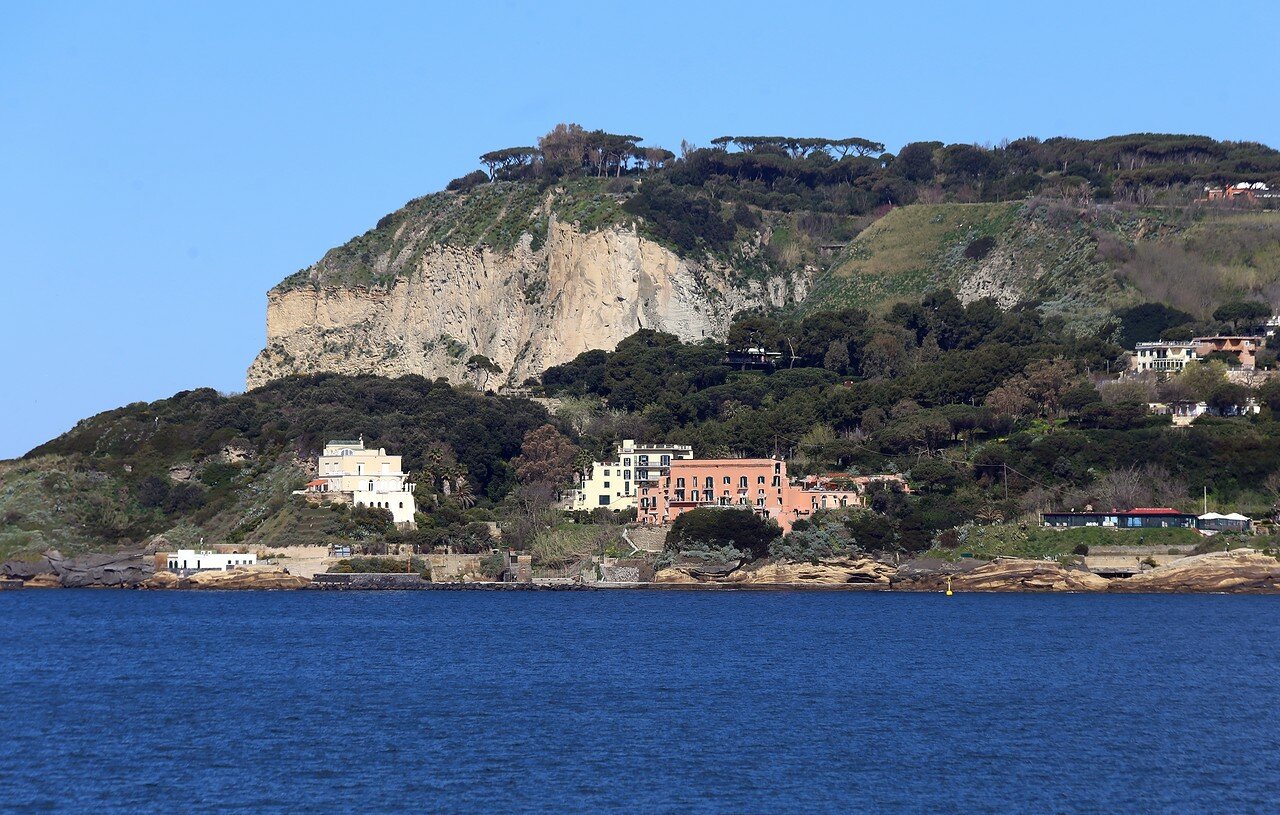 here there were hotels and beautiful beaches. 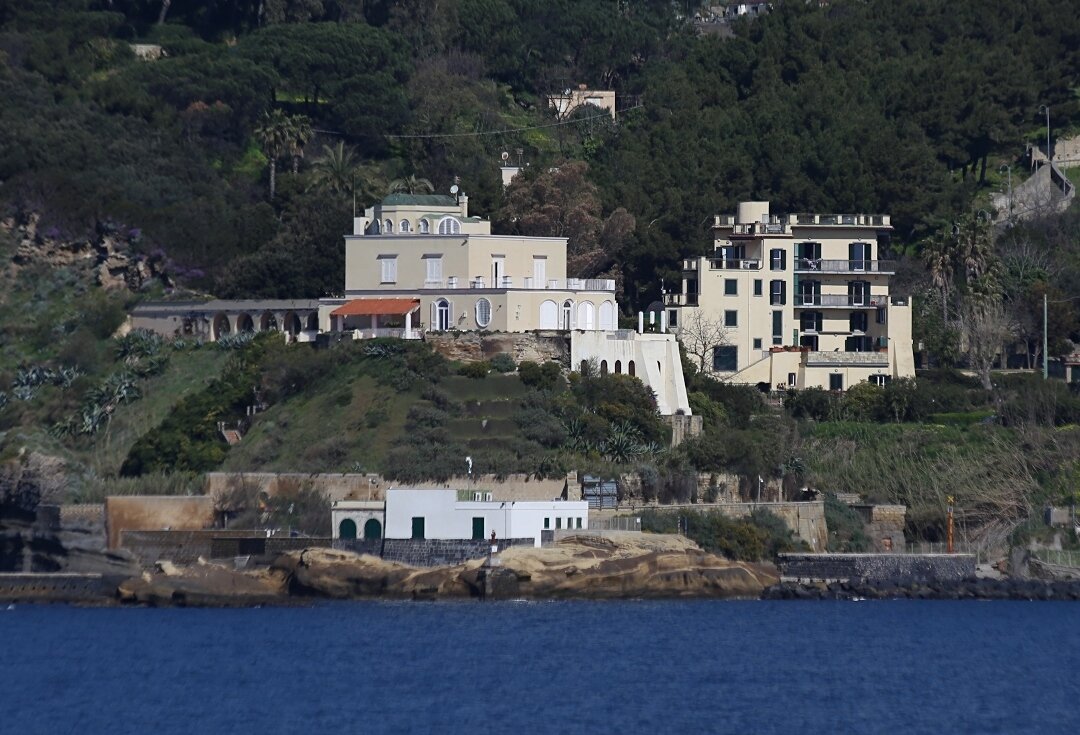 On the cape, on two rocky islets built Villa Gaiola, which has a reputation as a cursed place. In its short history the house had half a dozen owners who were drowning, dying under strange circumstances, was in a psychiatric hospital and prison, ruined to the ground. Apparently wishing to test his fate extinct and the Villa has long been abandoned. 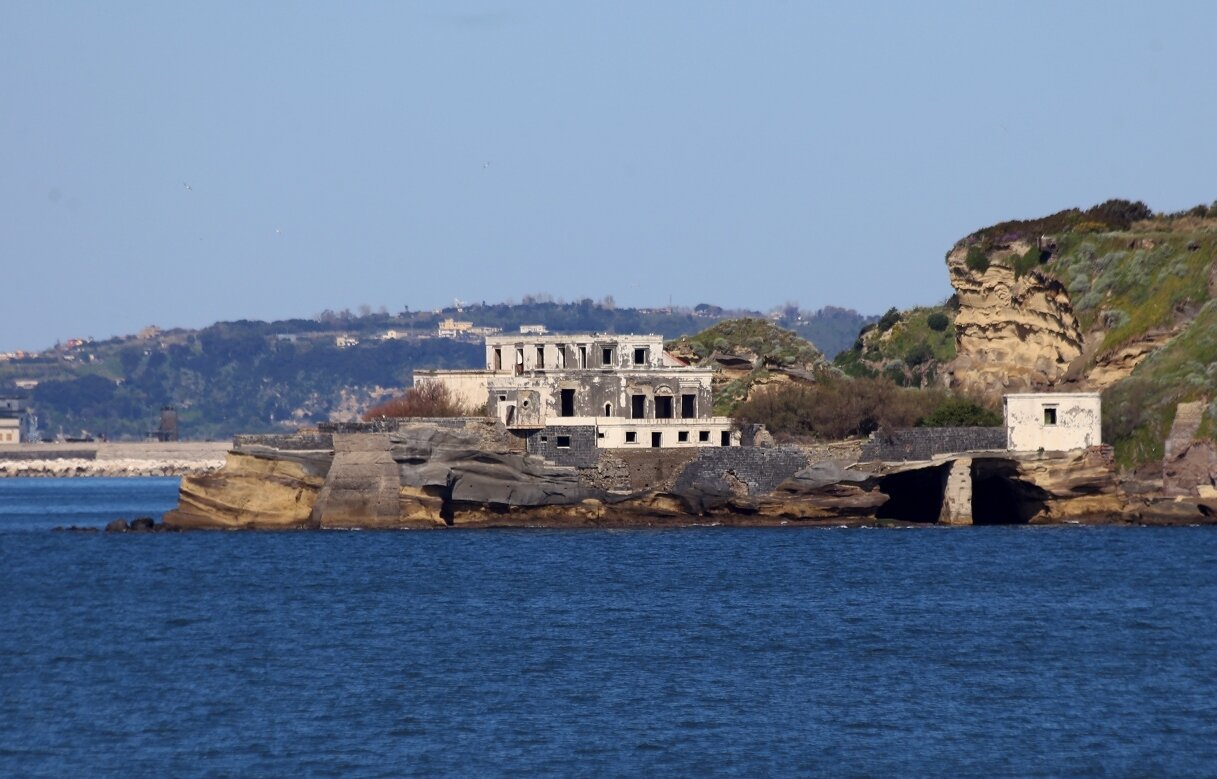