Ischia-Naples ferry. Along the Gulf of Naples

After leaving Porto di Ischia, our ferry set a course for Naples. There are a lot of people today, there is not a single empty seat in the passenger cabin, and the deck is a little freer. 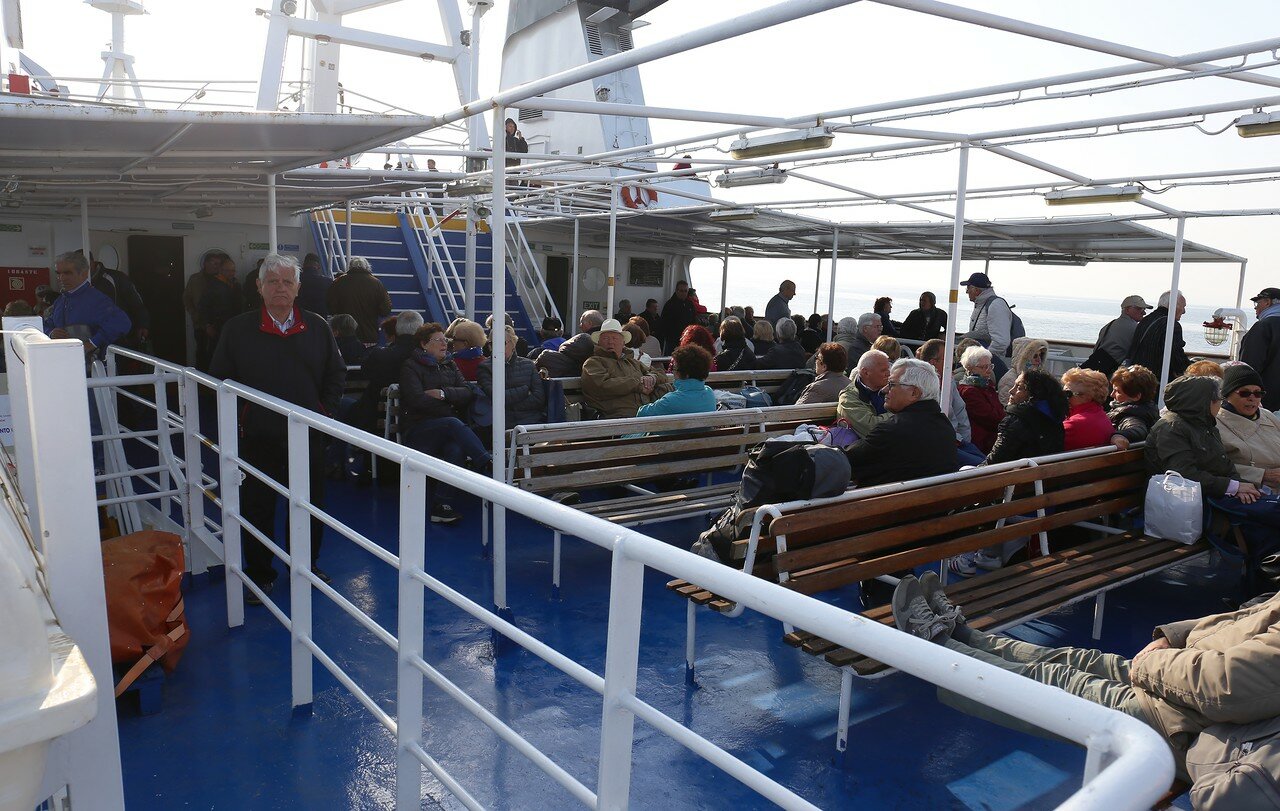 On the right side of the ship was Procida, also a very colorful island inhabited by fishermen. On the left, another island may seem to rise, but it is a Peninsula that is far out in the sea. Capo Miseno is named after the character of the ancient Greek Aeneid Misena, the trumpeter Aeneas. It was he who called Triton to battle with his trumpet, for which he was thrown into the sea and drowned. A cliff with steep steep banks 146 meters high, connected to the land by a narrow sand bar. This yellow tuff formation is the cone of an ancient volcano that existed between 35 and 10 thousand years ago. 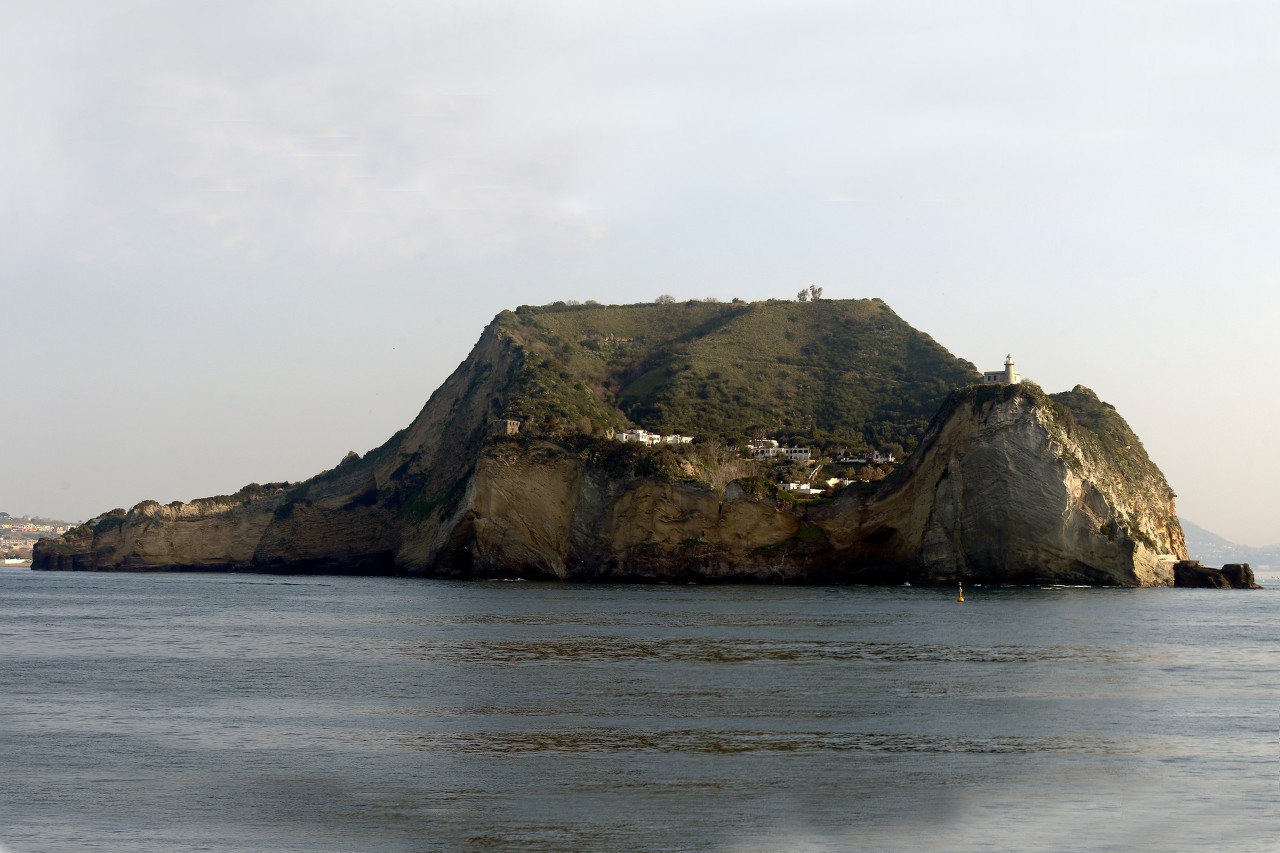 As a result of eruptions, the rock was covered with a thick layer of volcanic ash, which formed a unique set of microelements of the soil - on a gentle slope facing the shore, since ancient times, grapes were grown. On the Peninsula, among the villas and farms, you can find many ruins of the Roman era. 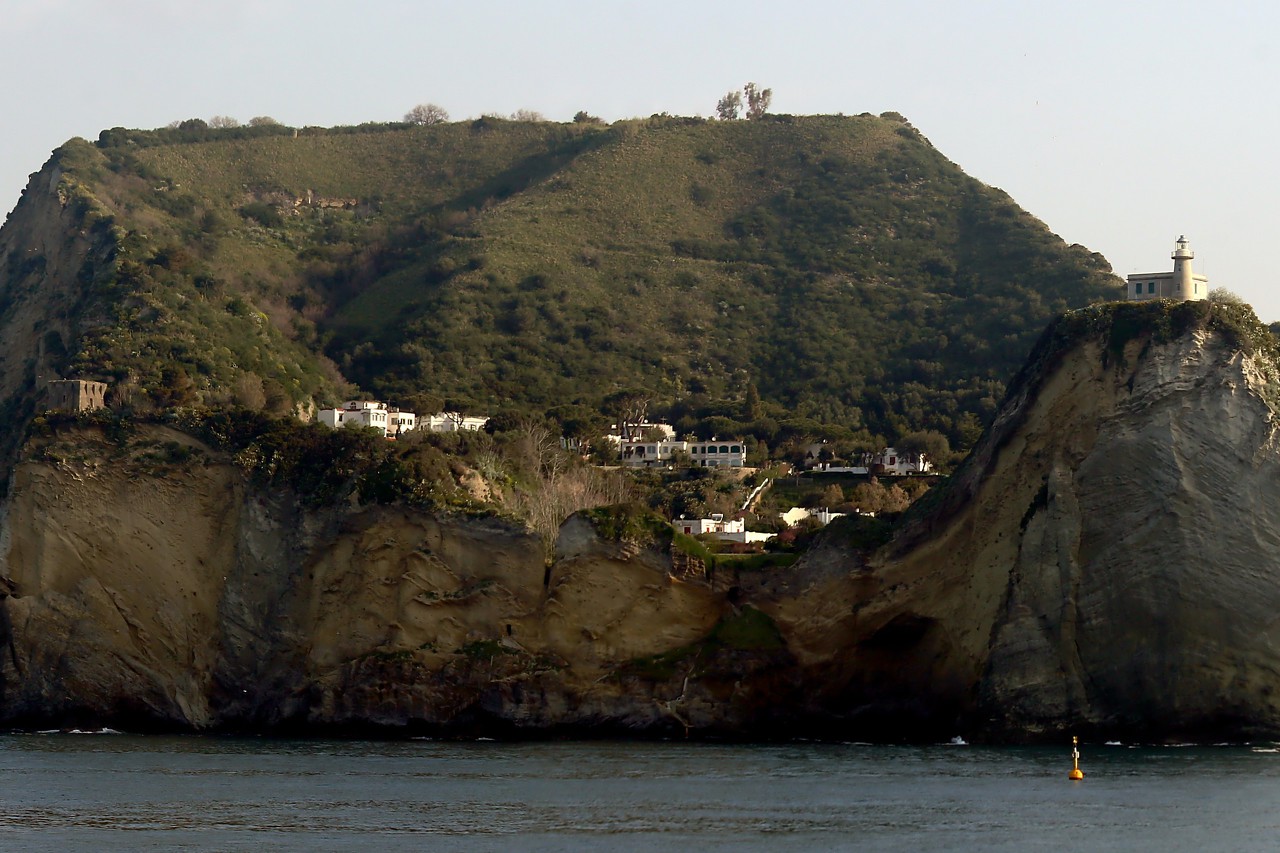 The Faro di Miseno lighthouse is notable for the fact that it can only be reached by a tunnel cut through the rock. 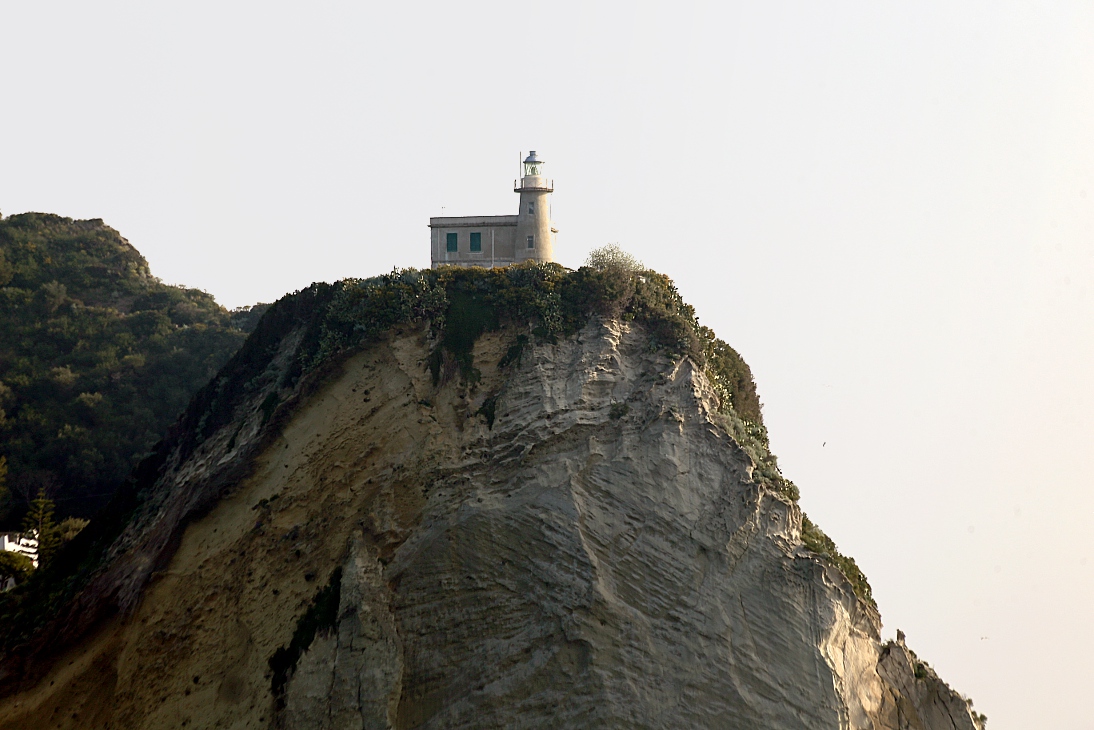 At the southern tip of the Cape, there is a small stone island with two circular structures for defensive purposes, and on the Peninsula itself, there are many bunkers and artillery caponiers and underground galleries built in the time of Mussolini. The garrison of the Peninsula protected the entrance to the naval base of Naples. 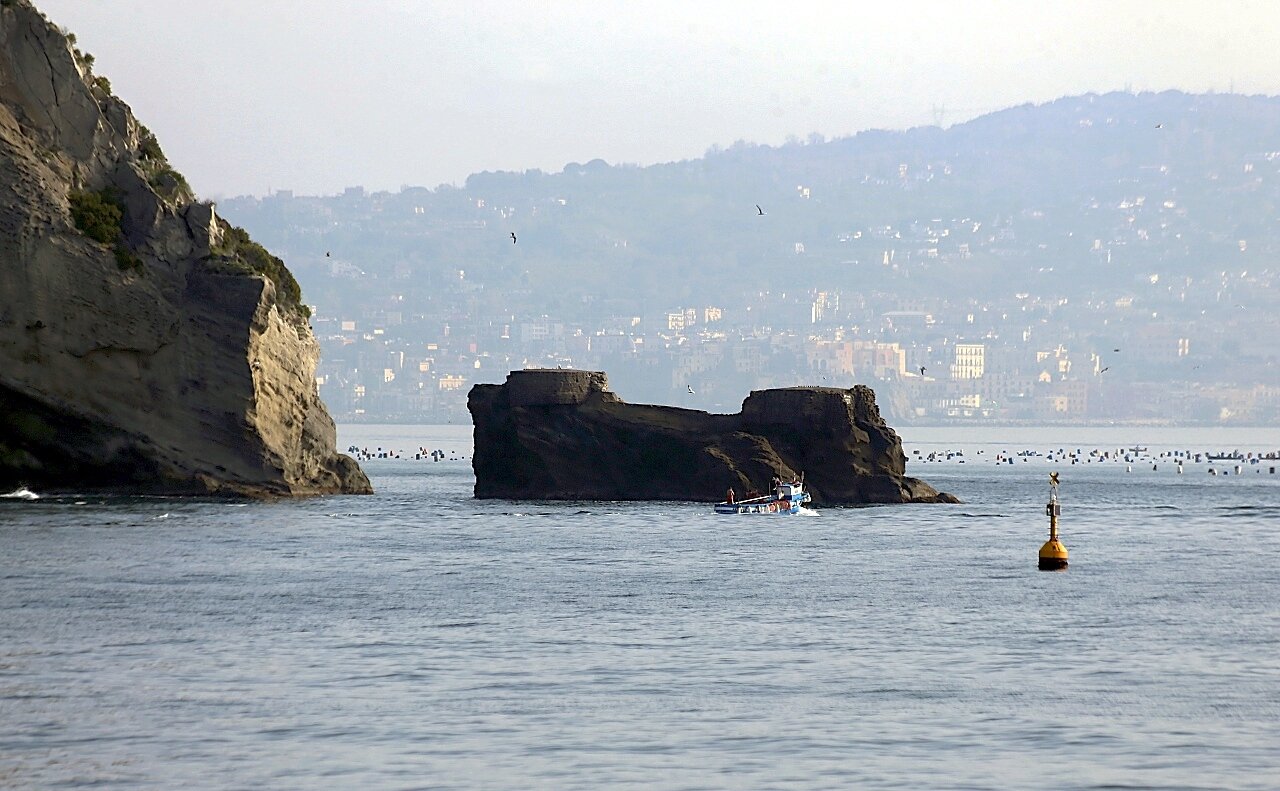 Behind the Cape, you can see Pozzuoli, the Western district of Naples. 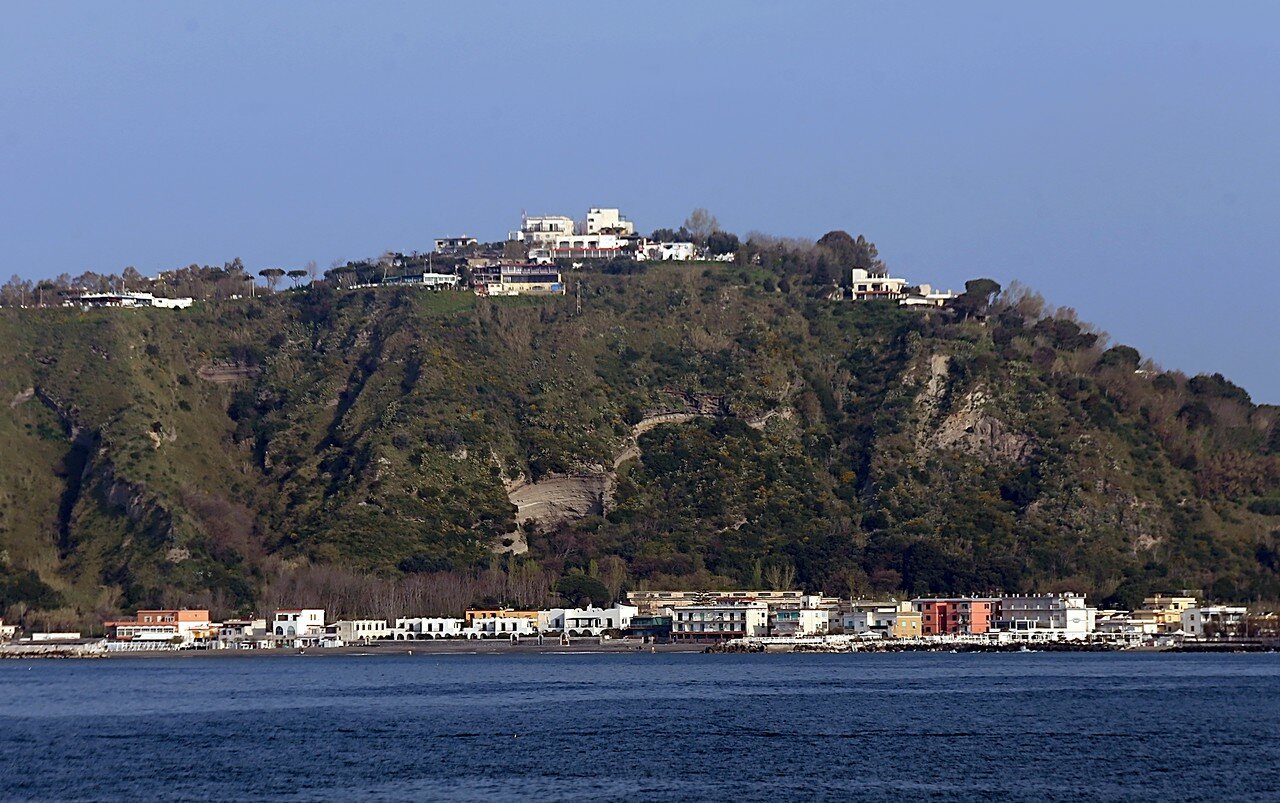 The coast of the Phlegrean fields was once occupied by an industrial zone, now abandoned. 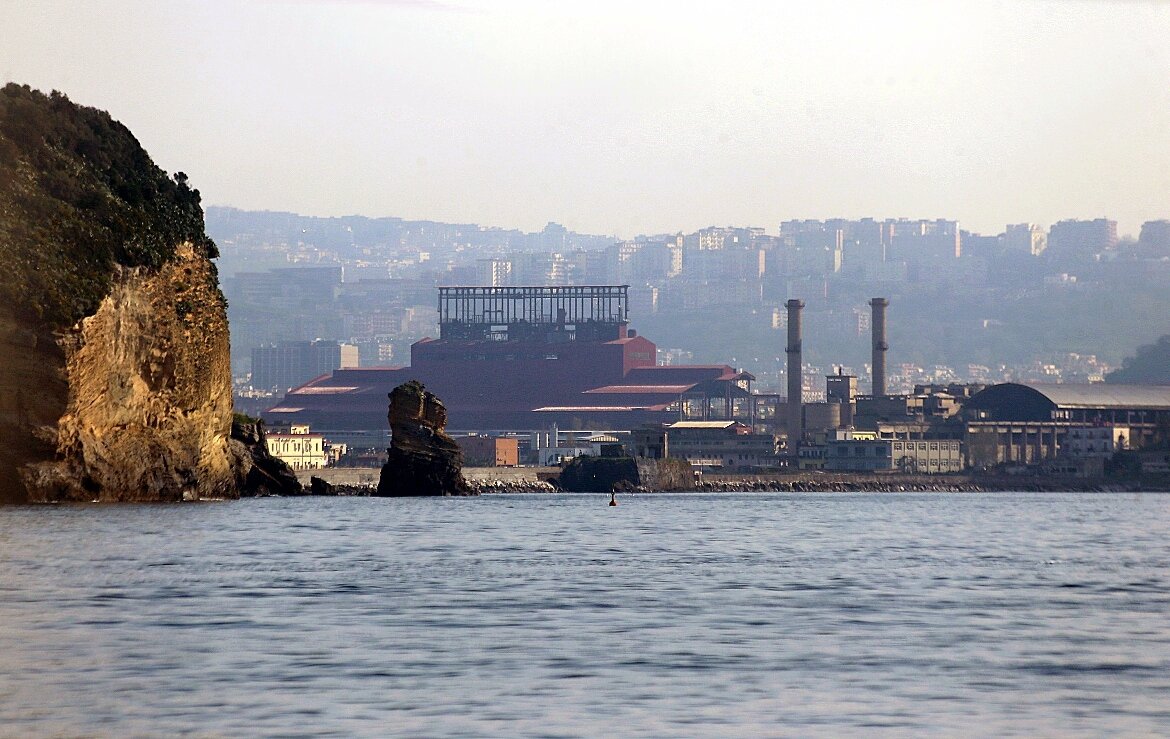 A high-speed hydrofoil ship (here they are called "Aliscafo") passed the opposite course. This way you can get from Naples to Ischia and other Islands twice as fast as by ferry, but twice as expensive. 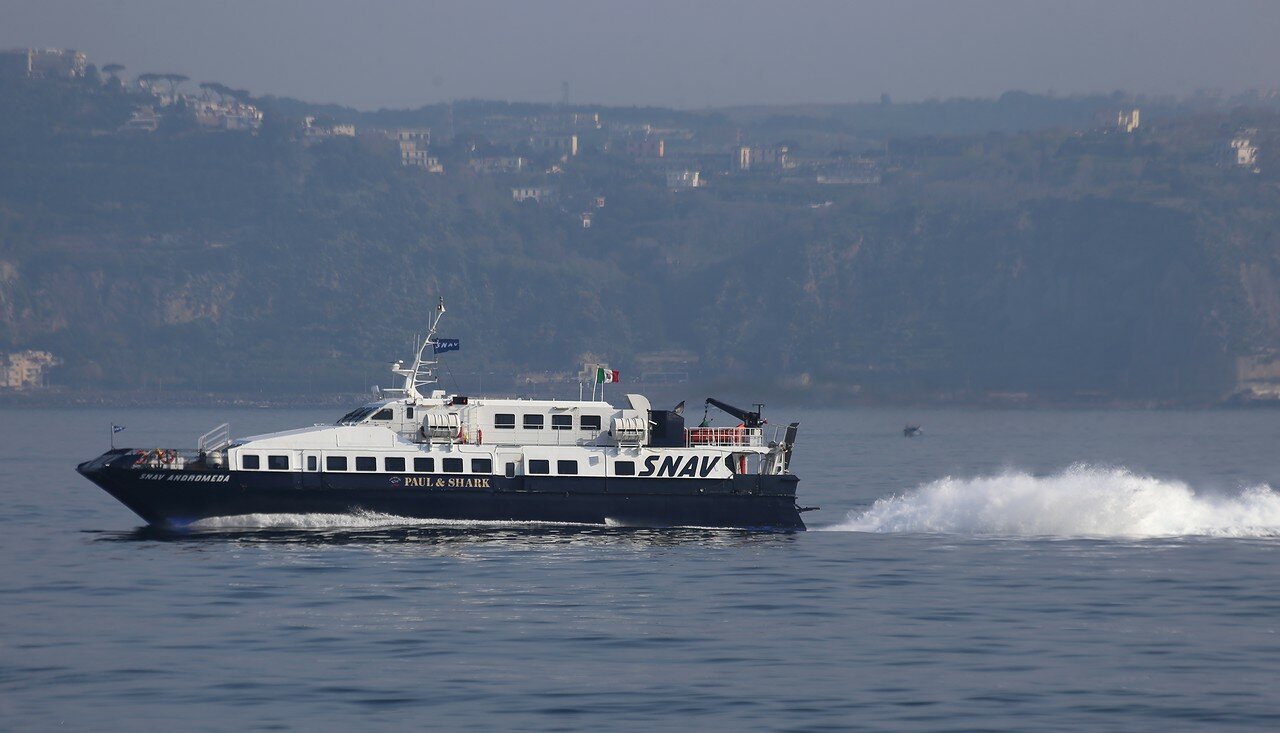 Nisida is another volcanic cone rising out of the water, connected to the shore by an artificial dam. 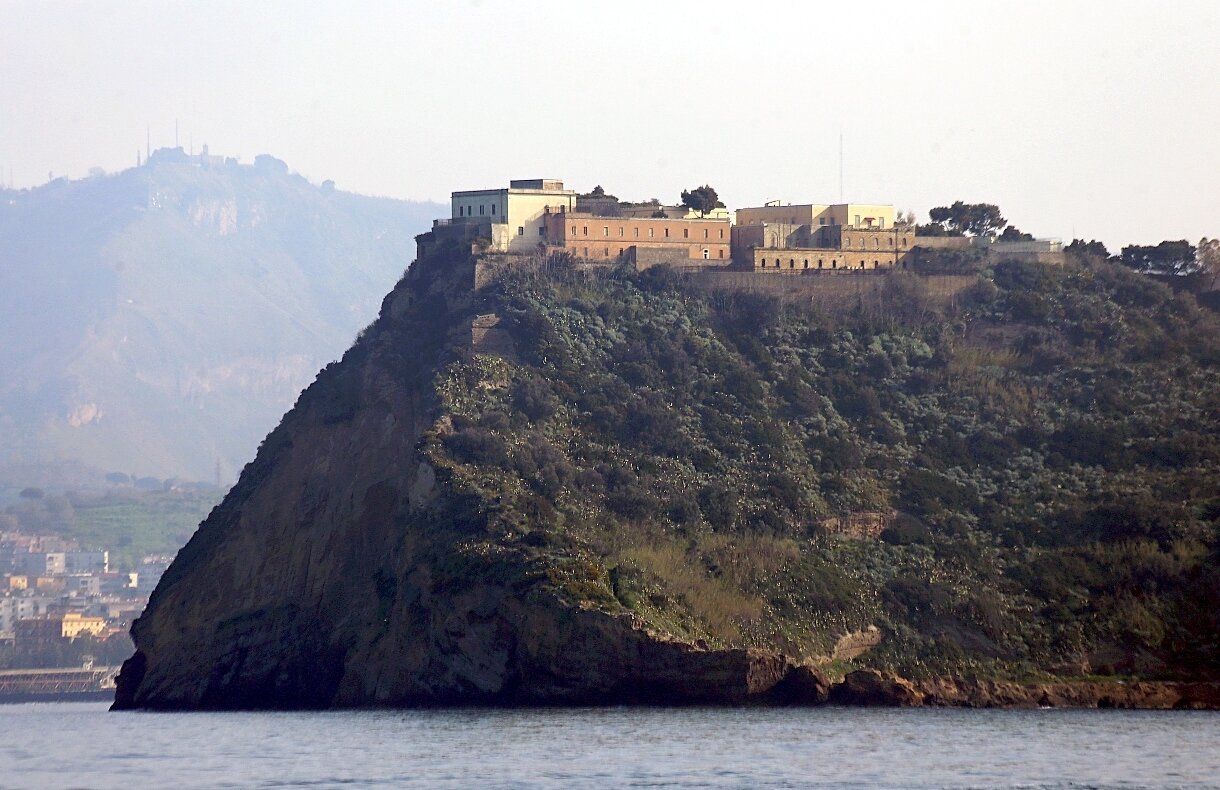 Villa Rosebery, one of the most striking neoclassical monuments in Naples, was built in the first half of the 19th century by Joseph de Thurn, an Austrian Admiral. After his death, it was purchased by the Royal family, then served as a resort for foreign ambassadors. Today it is one of the three official residences of the President of the Italian Republic. The Villa is surrounded by a large Park with a rich collection of diverse vegetation. 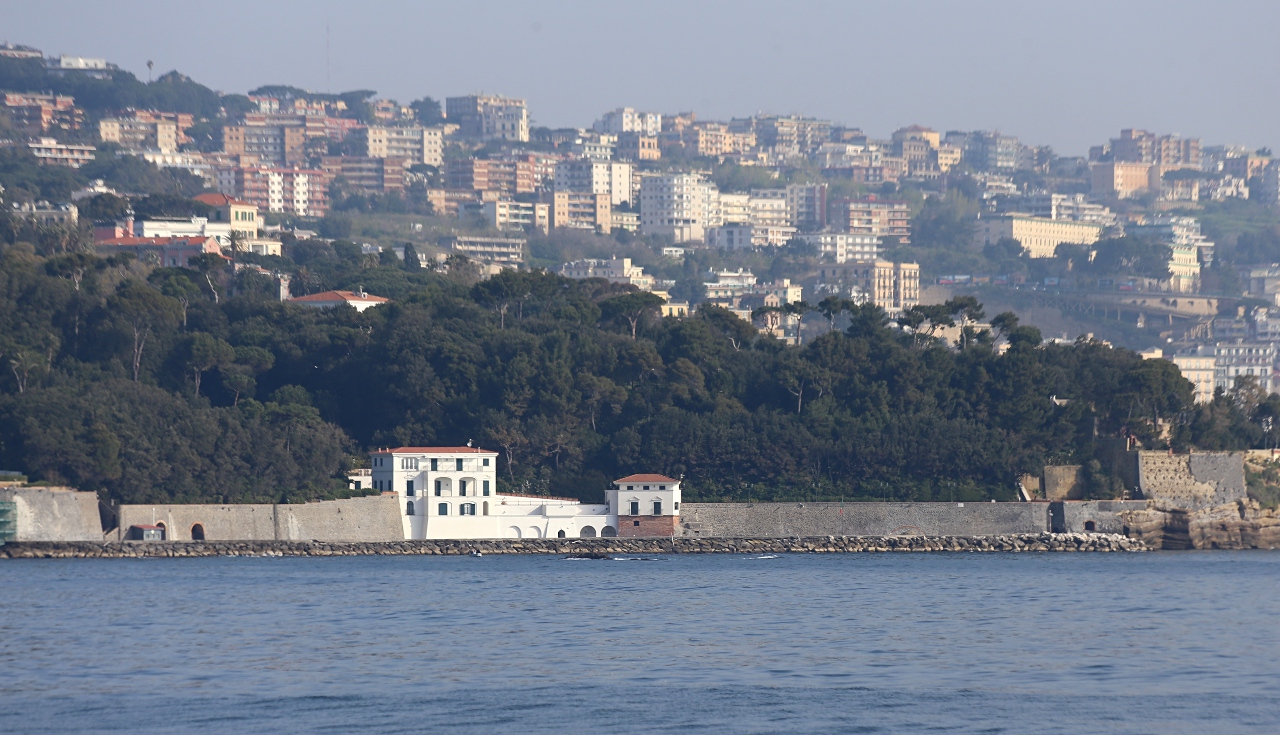 Let's look back and take another look at the yellow rocks of Capo Miseno. Now you can see the grotto on the left side of the peninsula. 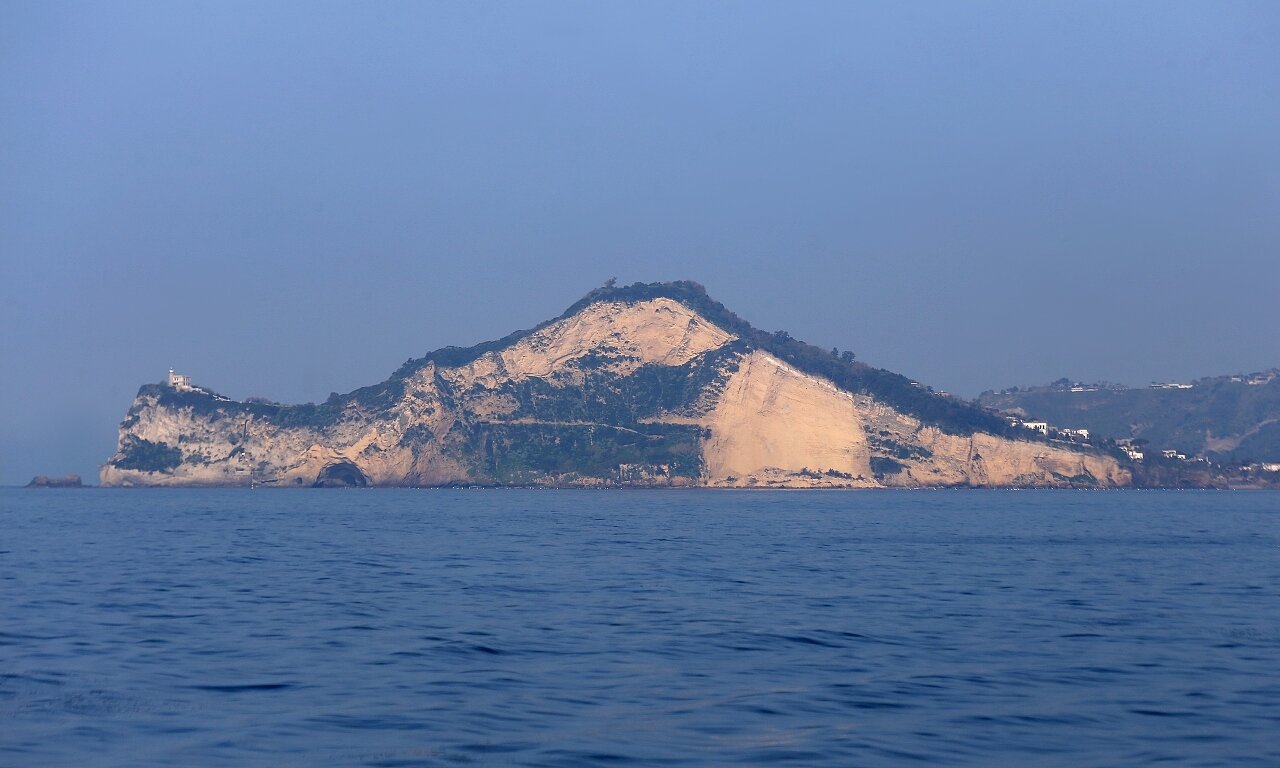 And this is closer to the center - the Posillipo district. You can see the Church of Santa Maria di Bellavista behind it the dome of the mausoleum of Mateo Schilizzi. 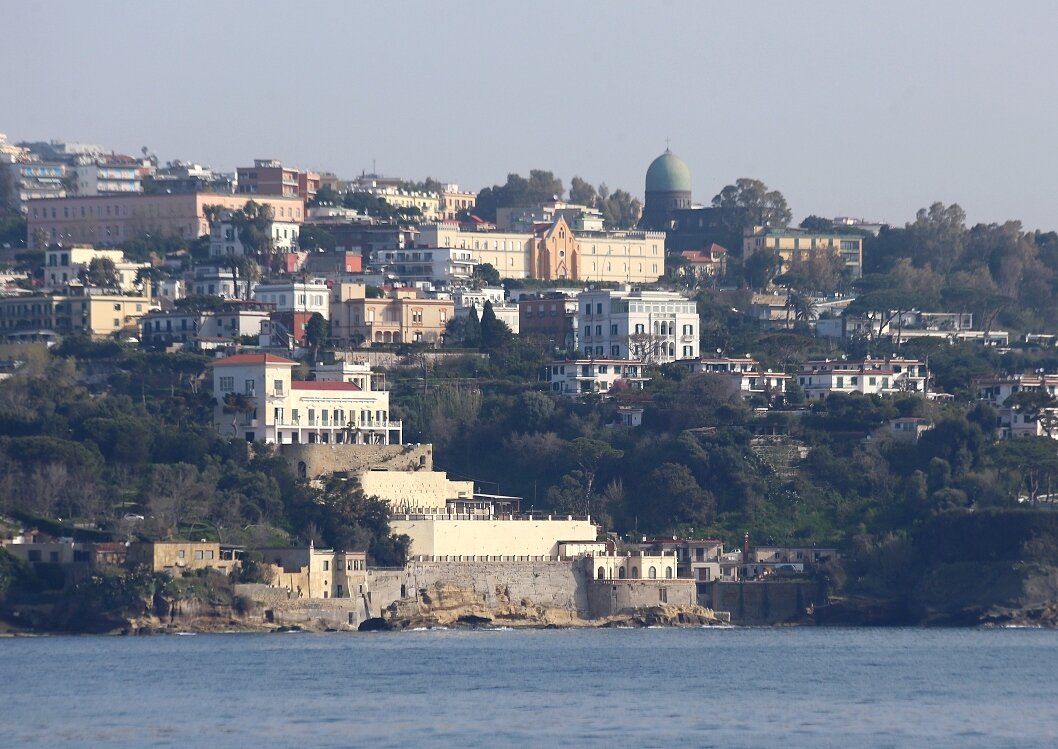 Villa Fattorusso is usually rented entirely for official and entertainment events. In summer, there is a children's camp with language courses. For VIP kids, of course. 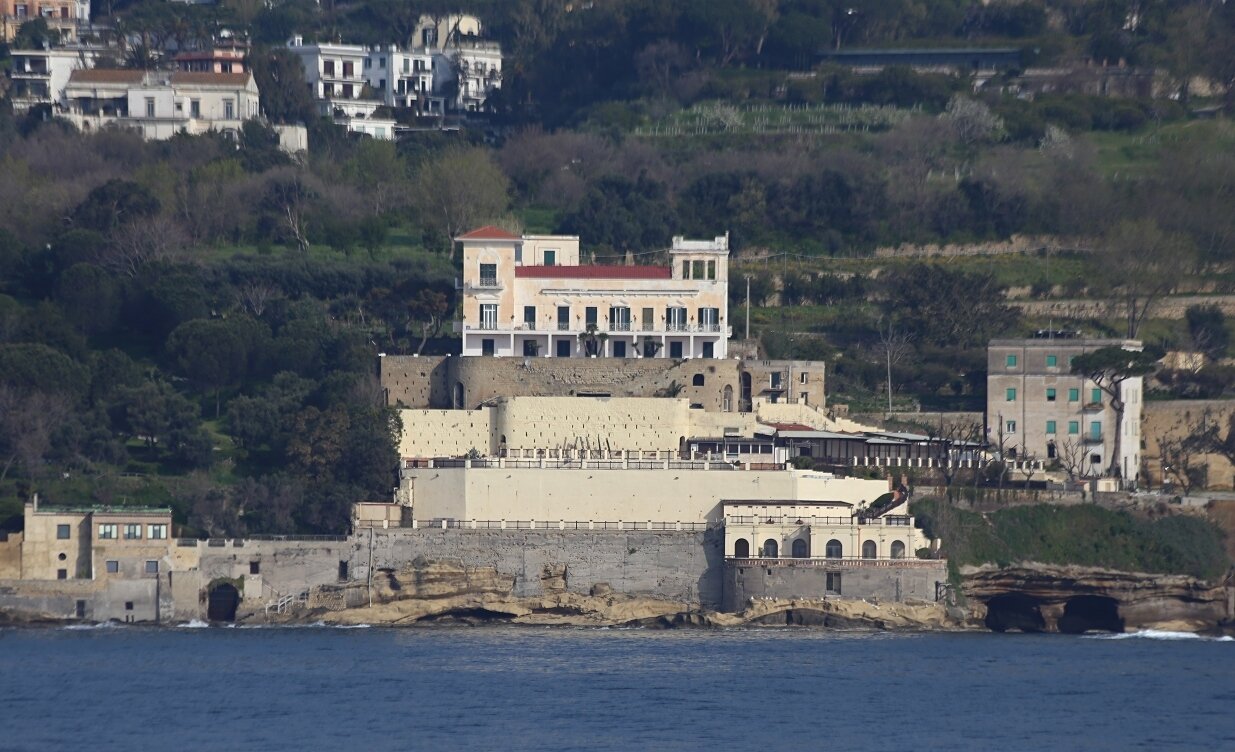 The districts of Chiaia, and above it, Vomero, are the most prestigious in Naples. It is much quieter and cleaner than in the historical part of the city. 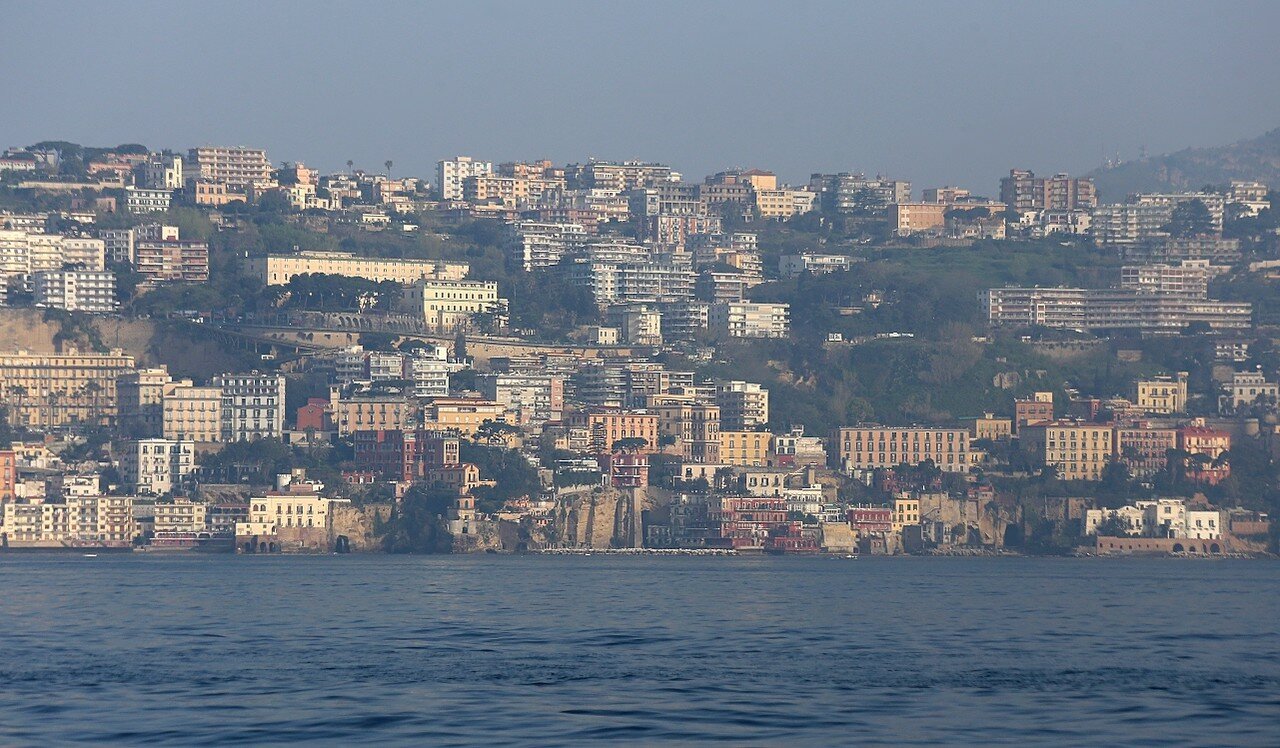 Another "aliscaf" is on a collision course. I drove this one in Capri 3 years ago. 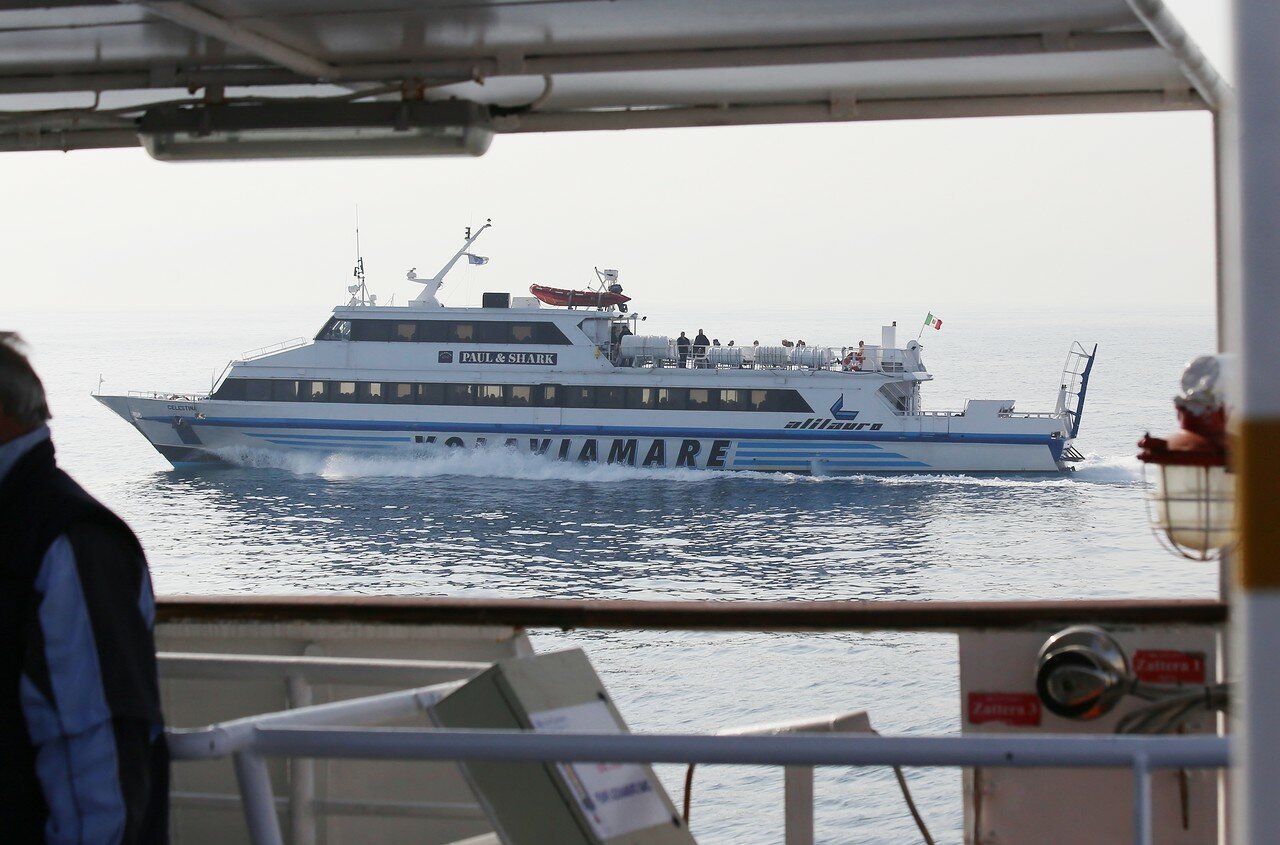 I want to say that I liked the trip to the Bay of Naples by ferry more. 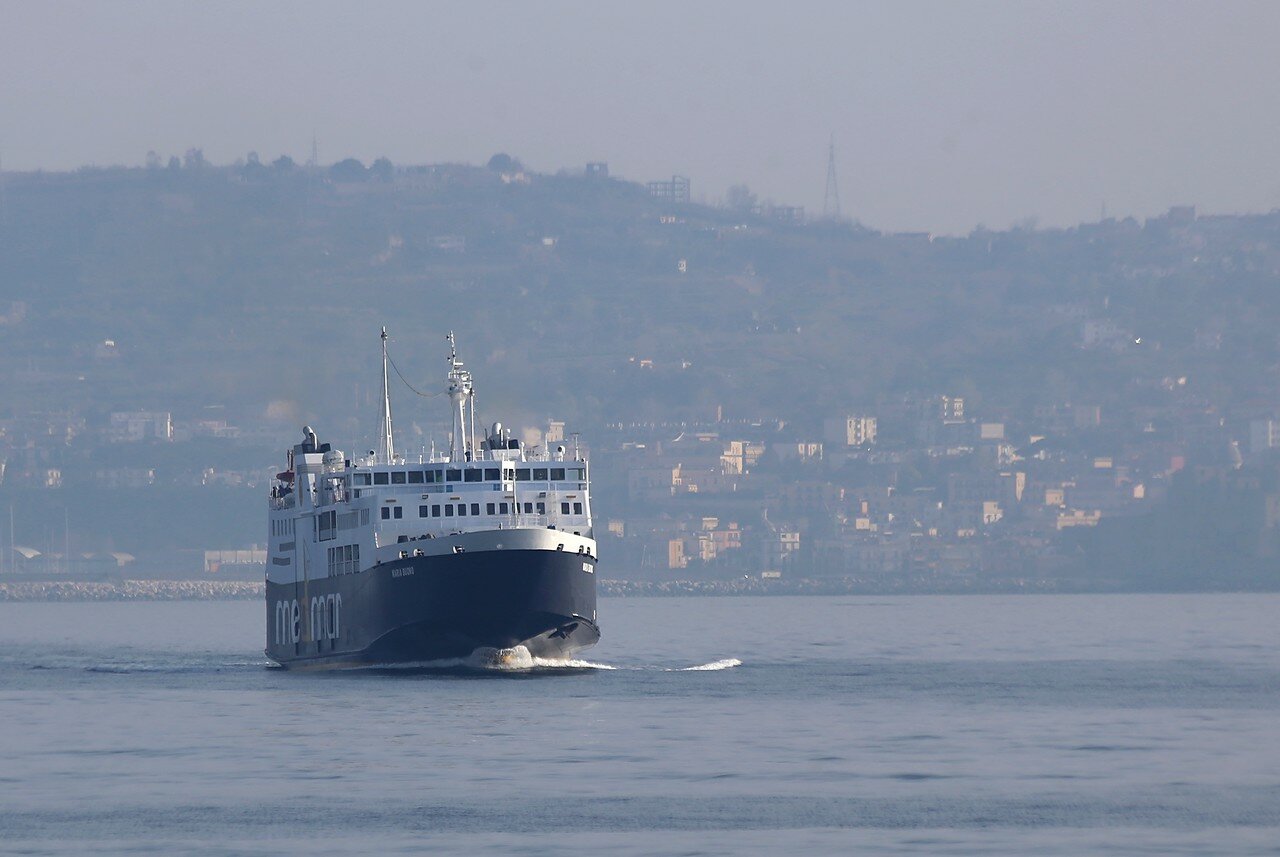 On a high-speed vessel on an open deck is not too comfortable, and noticeably shakes - it is problematic to take the photos. 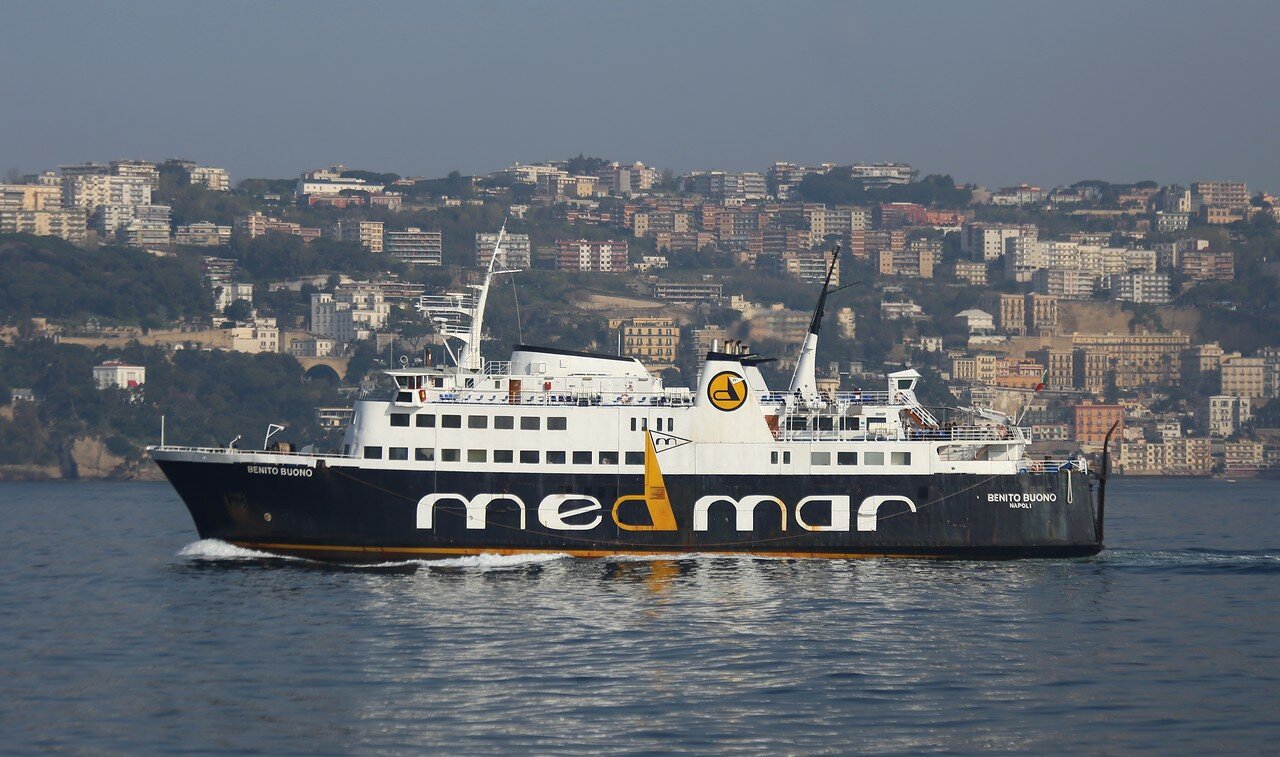 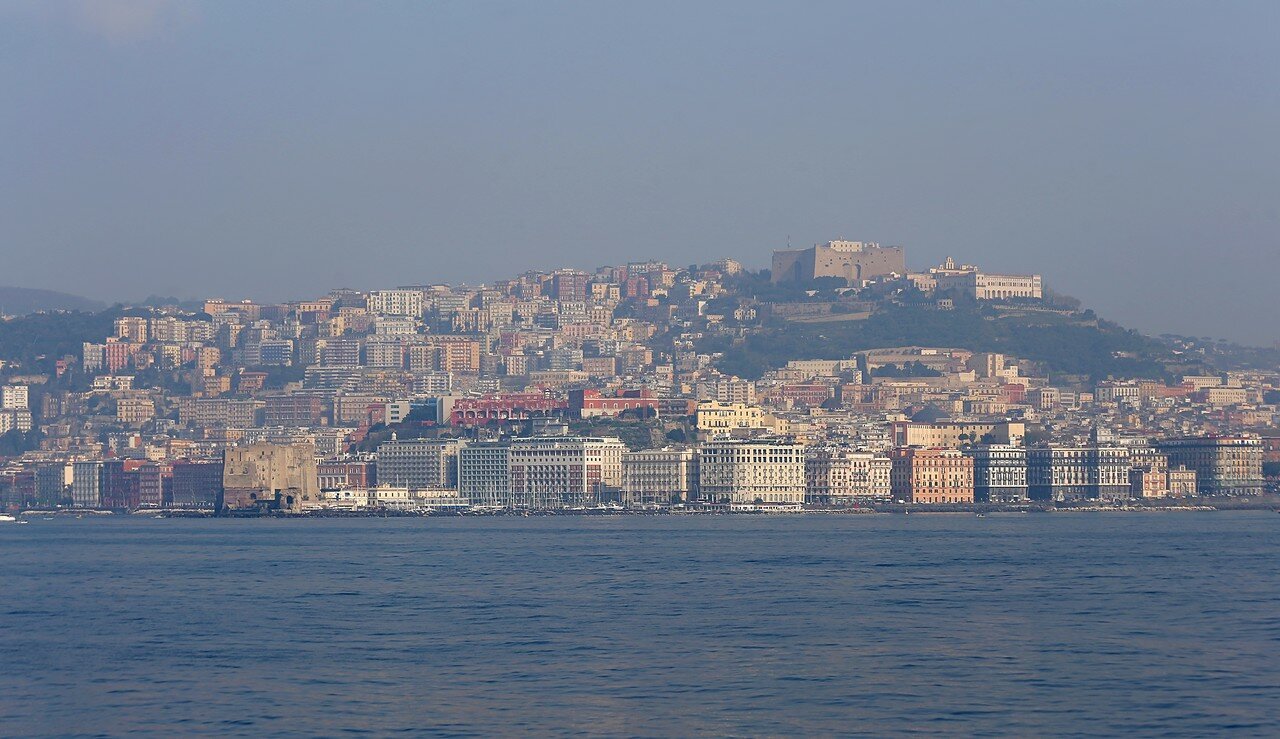 On the island of Santa Lucia is the Egg castle (Castel Dell'Ovo). The name comes from a magical egg allegedly laid by Virgil at the base of the castle. The egg was supposed to ensure the castle's inviolability. 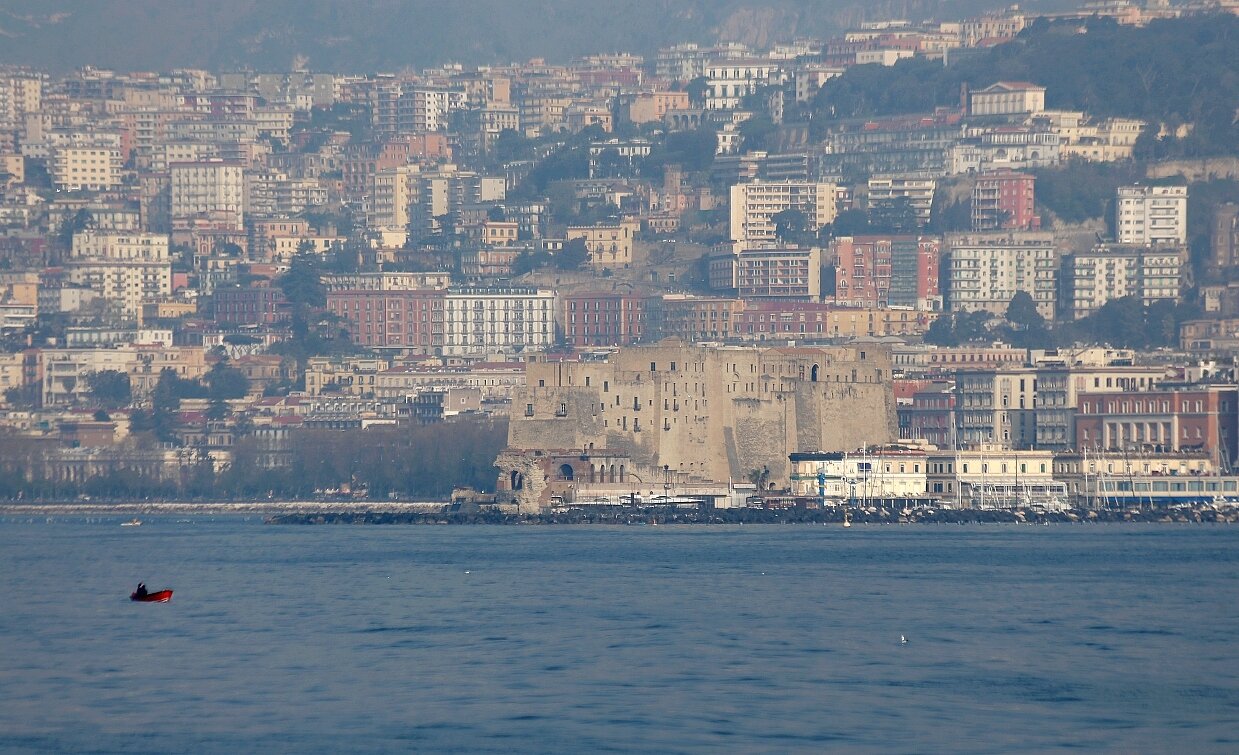 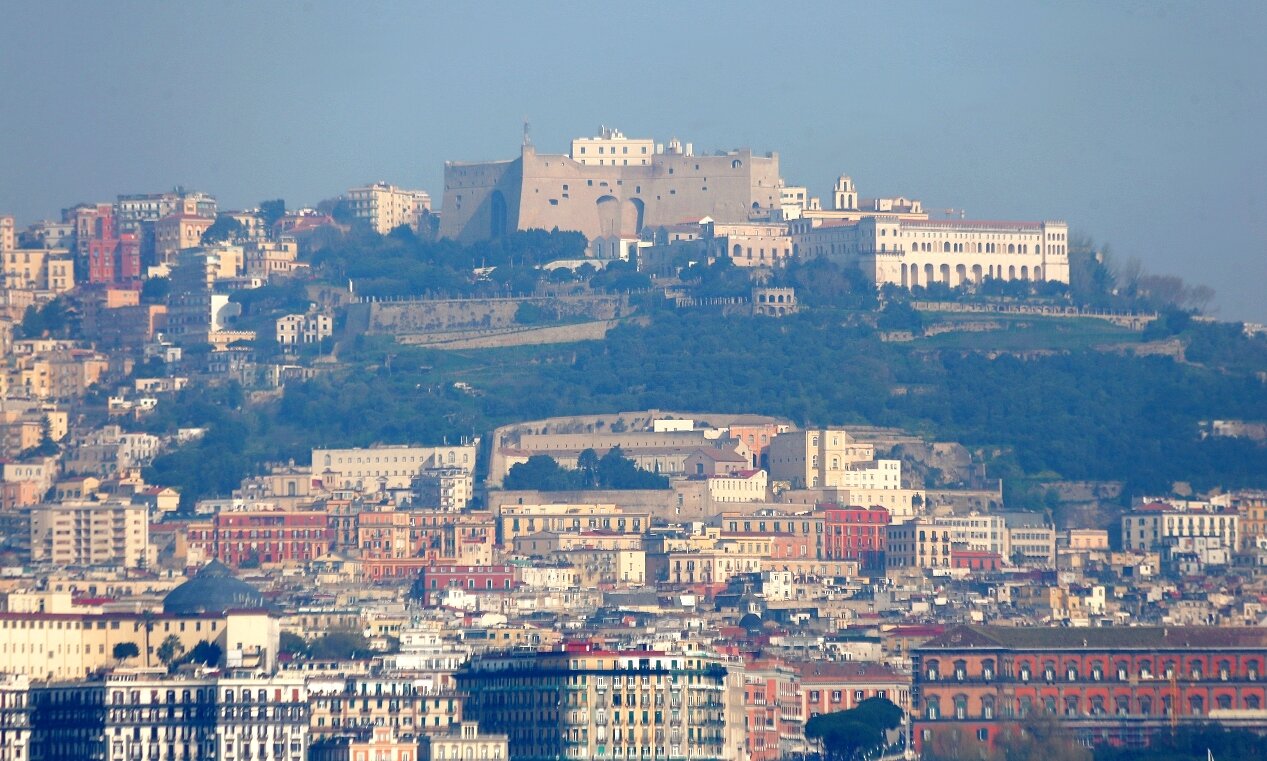 Here is the center of the city - the Royal Palace. Our ferry is approaching the port of Naples. The first acquaintance with the wonderful island of Ischia is over. I hope it's not the last. 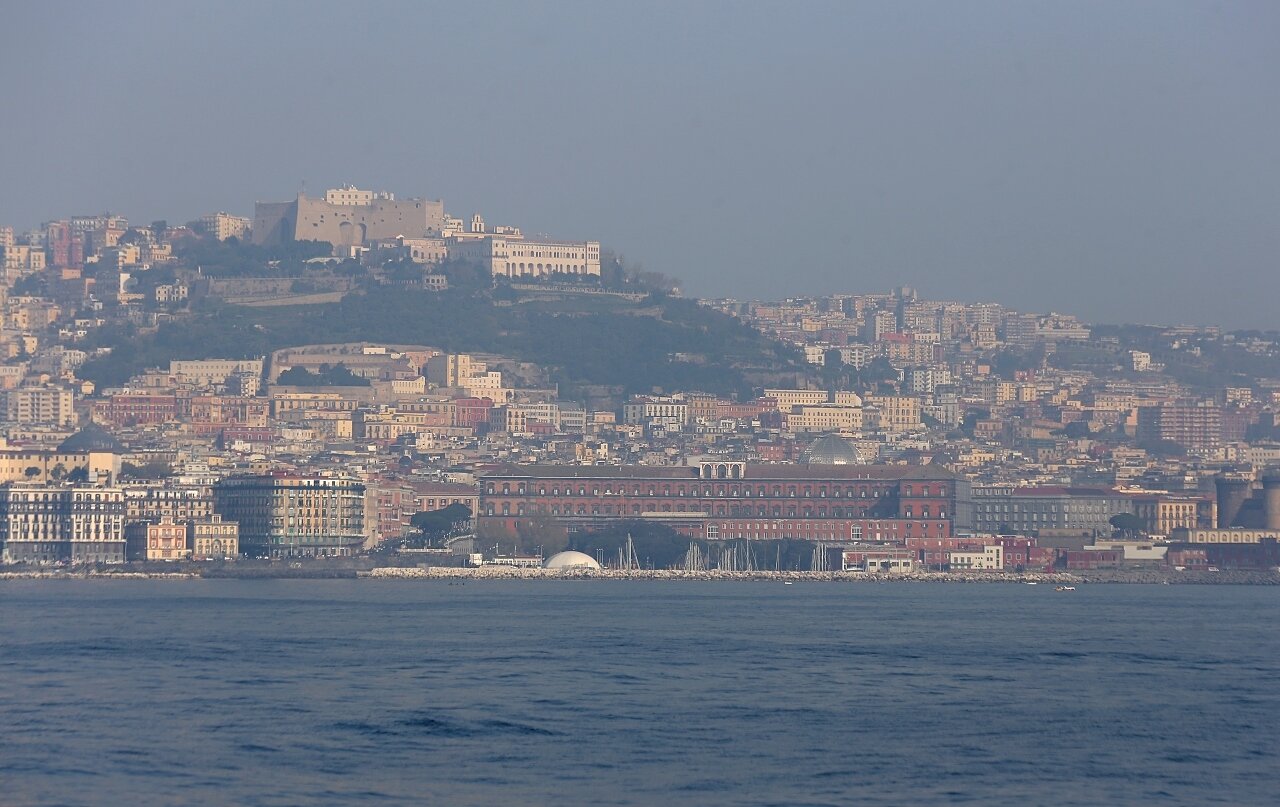