Views from the peak of Monte Epomeo

Upstairs was a small Playground and fenced in with natural stone barrier. Here you can see almost the entire island. Looking at the West, at the top of the Monte Nuovo (519 meters) will see Forio is the second largest city in Ischia. 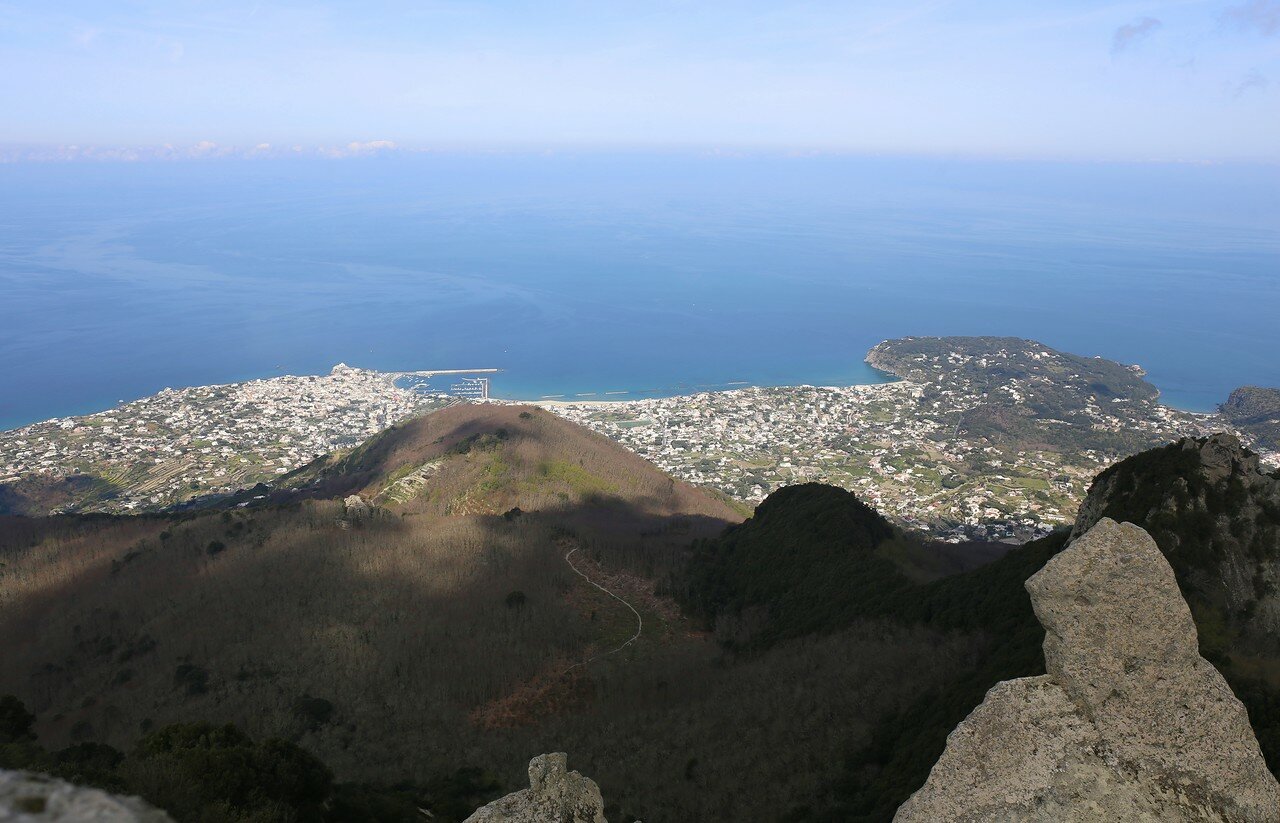 View to the North obscures the second peak of the Epomeo, Capo del Uomo, a height of 721 feet, and the cliffs, where the military radio station. So you can see just a little bit of Casamicciola Terme. 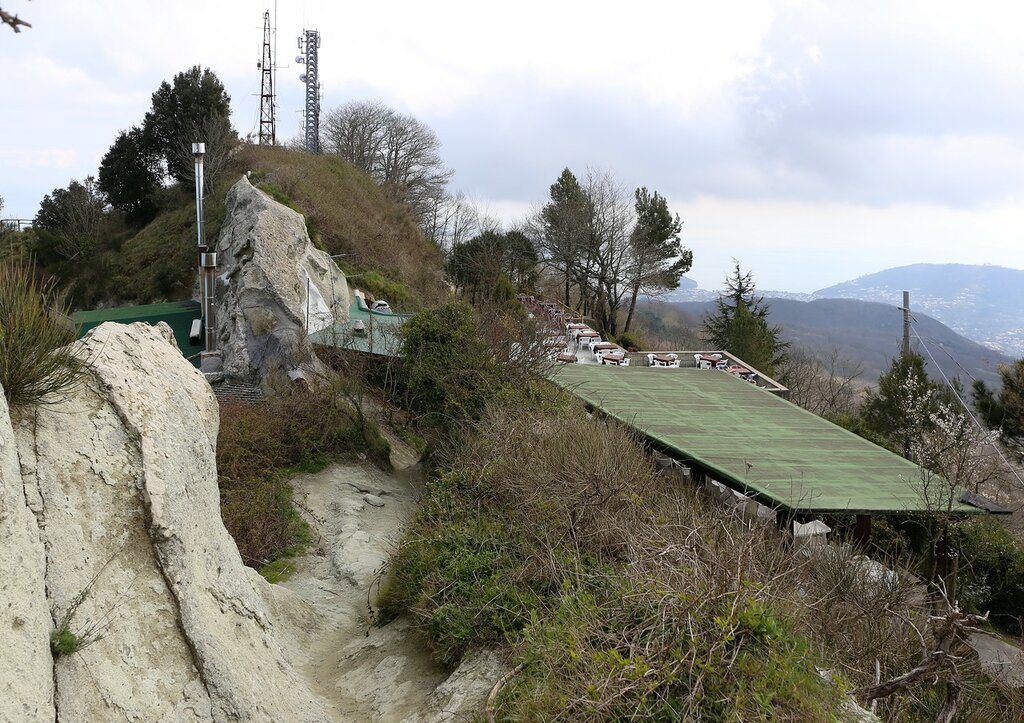 In the South-West very close you can see the world Pietro Dell Aqua. 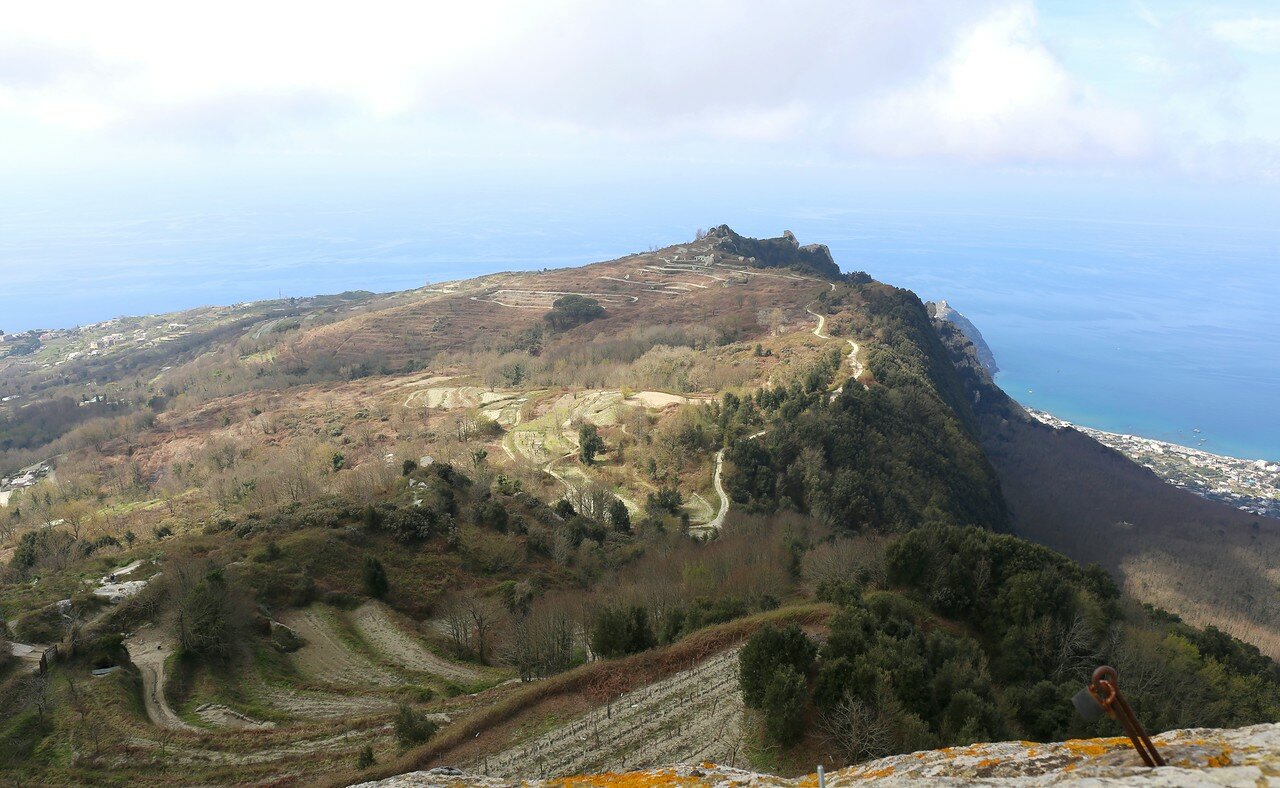 When trembling at the knees abated a little, pulled out of the backpack telephoto and began to examine the surroundings in detail, starting with Forio. 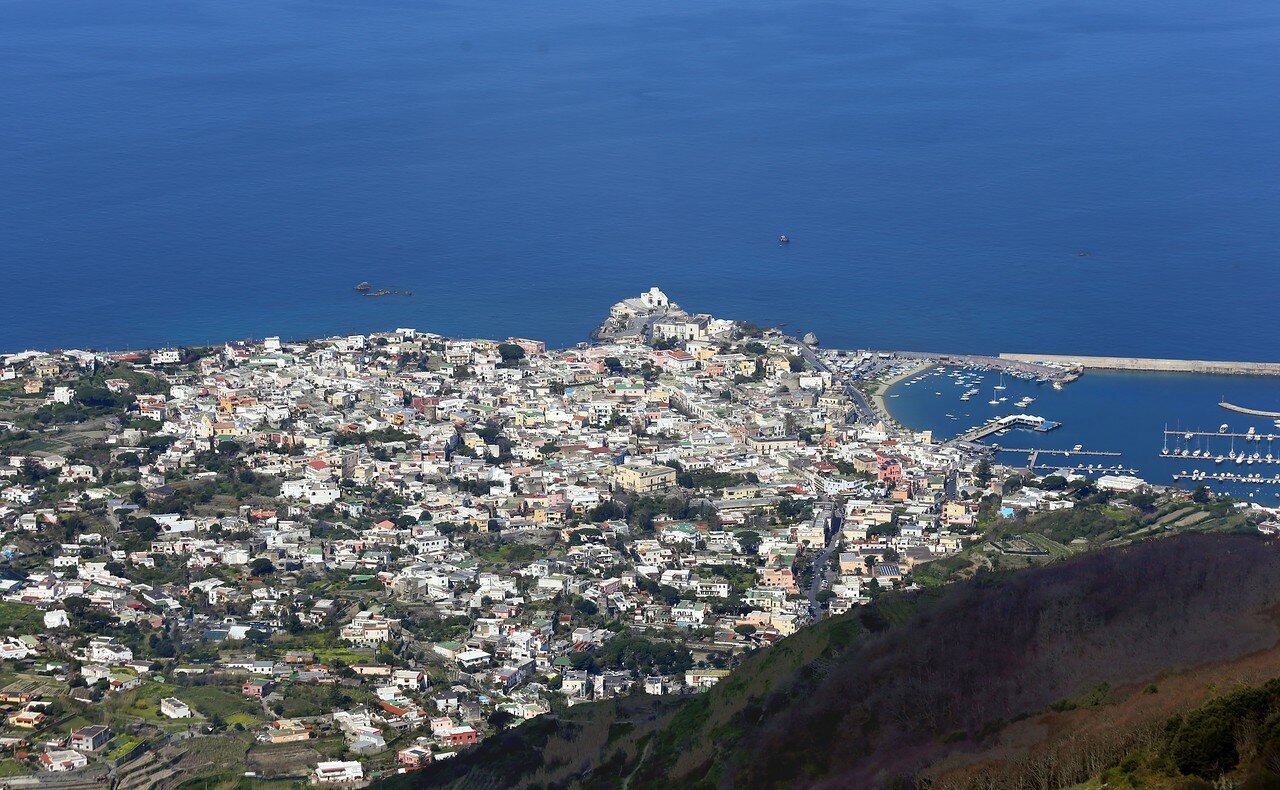 Church of Santa Maria del Soccorso on a promontory of the same name founded by the Augustinians in the 14th century. 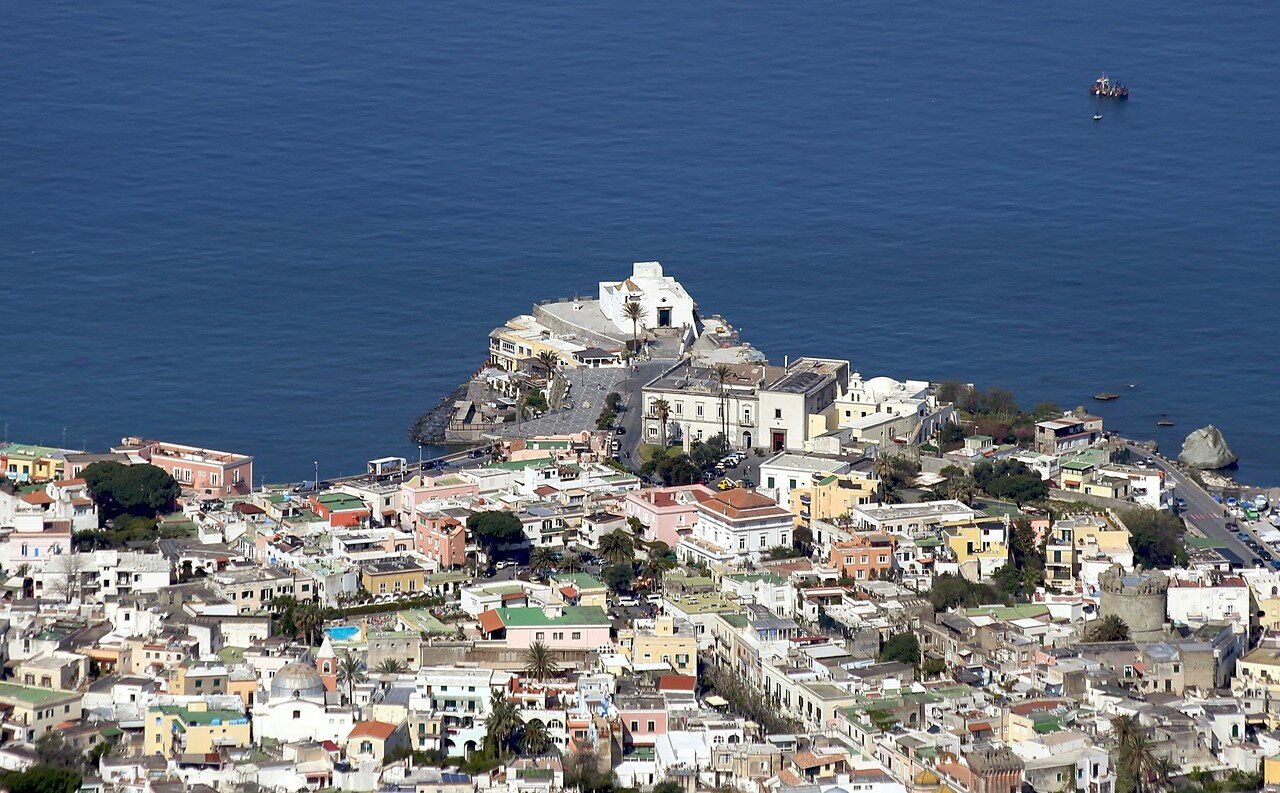 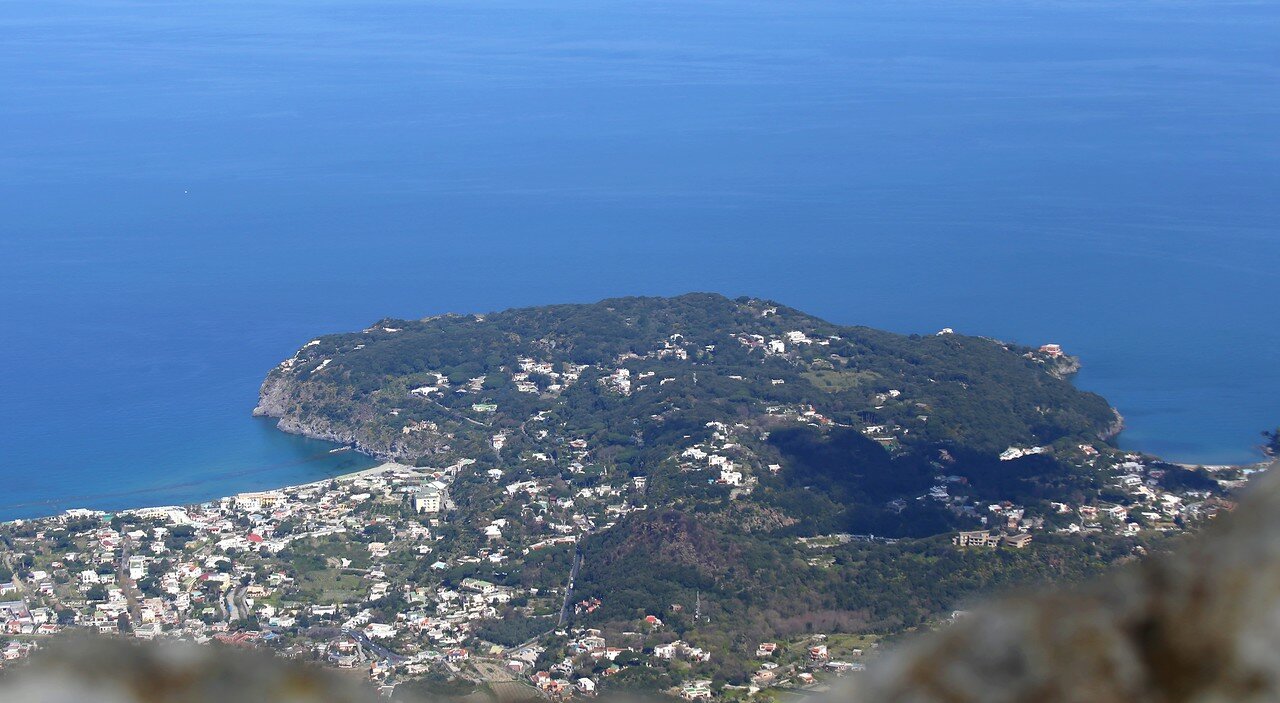 Here there is a large scenic Park is a great place for trekking. 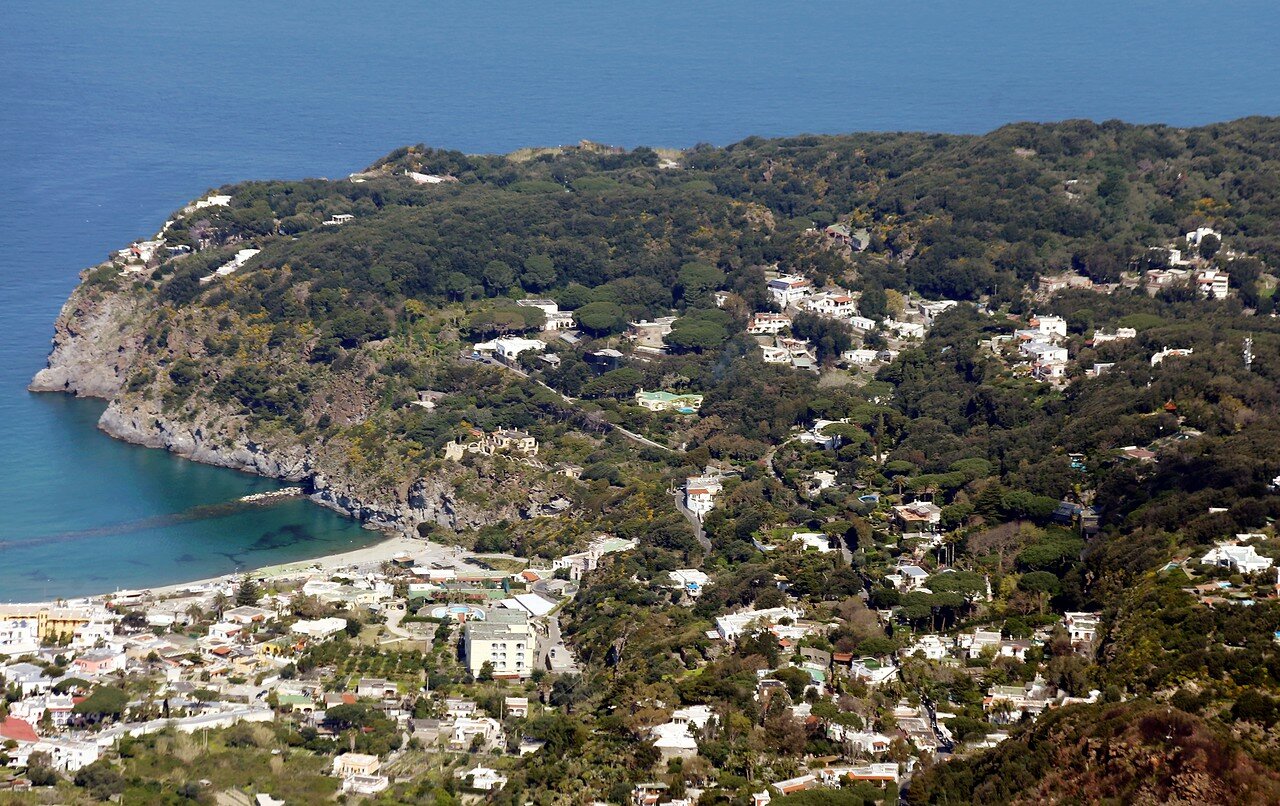 the North lurks the village of Lacco Ameno, renowned for its beaches. 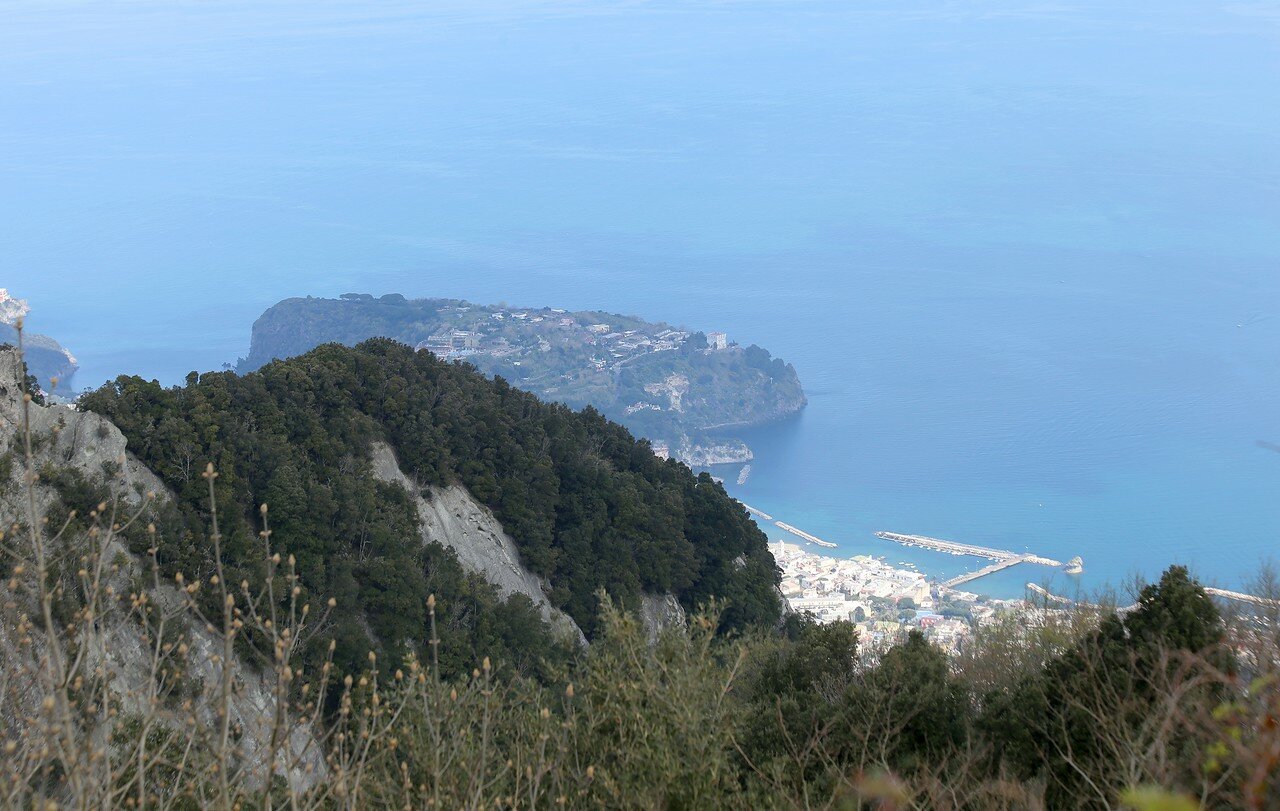 the Sight of the village and the main natural wonder of the island - tuff growth Fungo (the Mushroom). 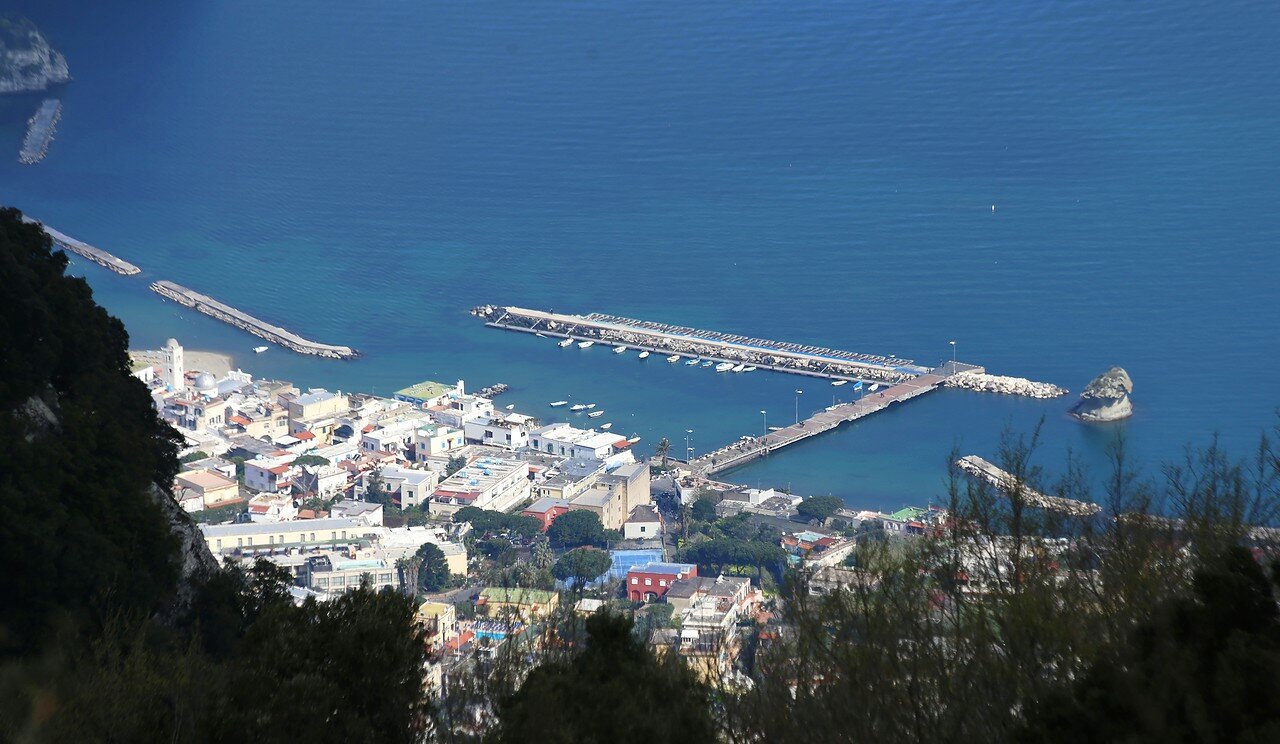 Looking to the West, turned the lens to the South. Looked down on the serpentine roads. 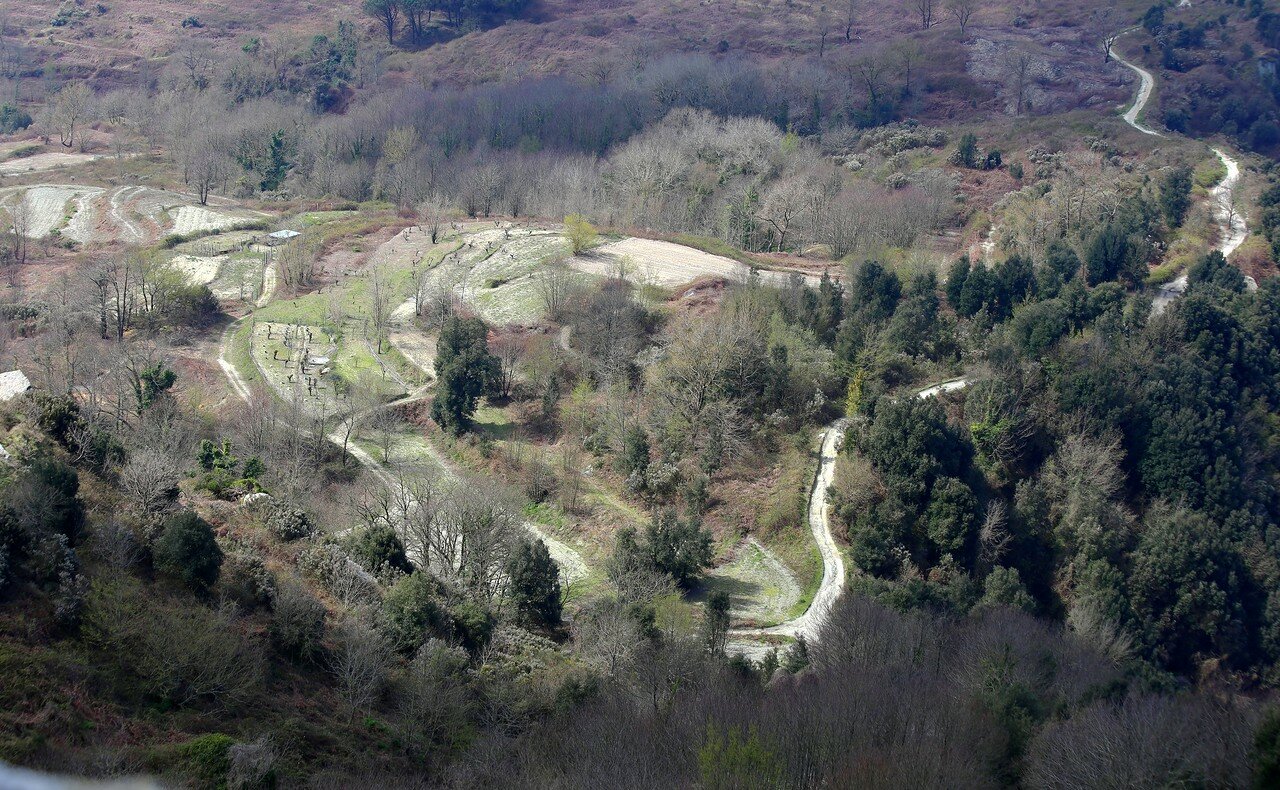 the impression that Pietro del Aqua Cape, breaking into the sea. In fact, this peak almost in the center of the island. The left part of the mountain closes most picturesque view of the village of San Angelo. 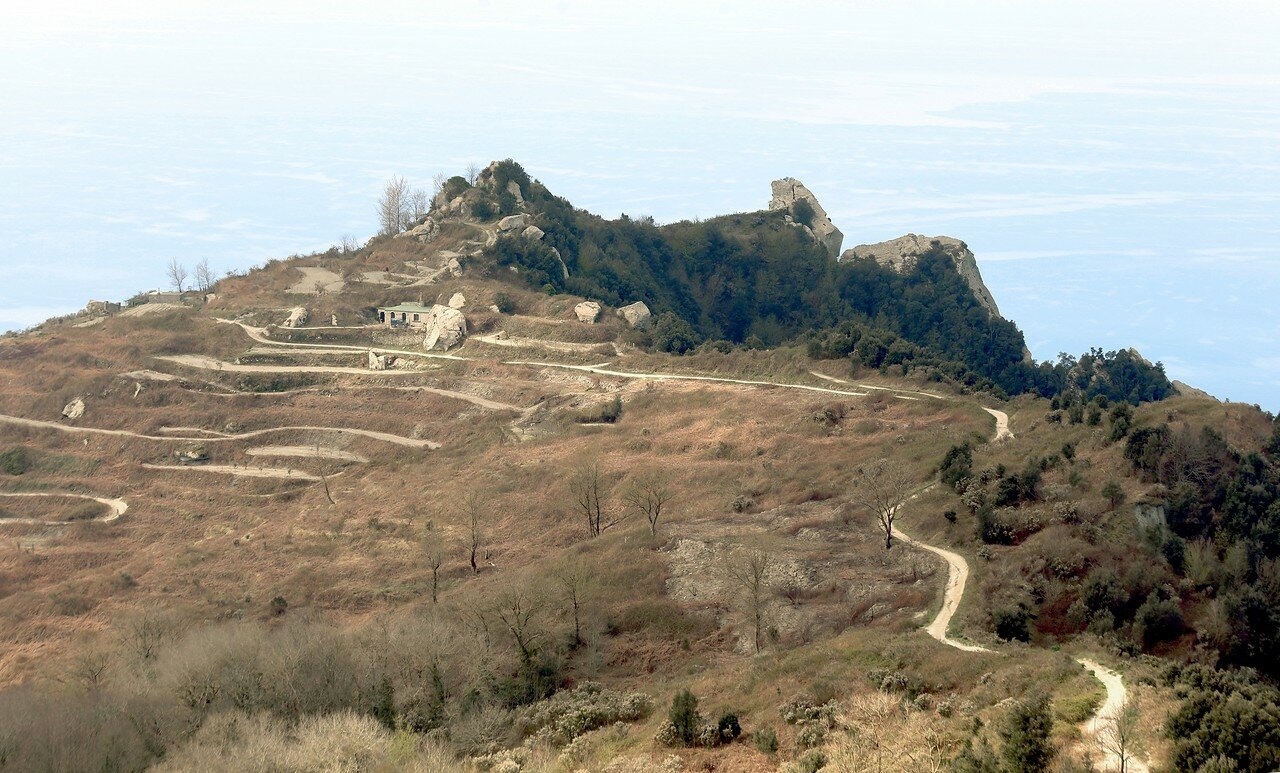 Just below the summit you can see a single building next to a huge boulder. On the roof of the house visible beacon. I think that with this mountain views are more spectacular views. It is a pity that the idea to test this came up just now - to get to her was quite real. 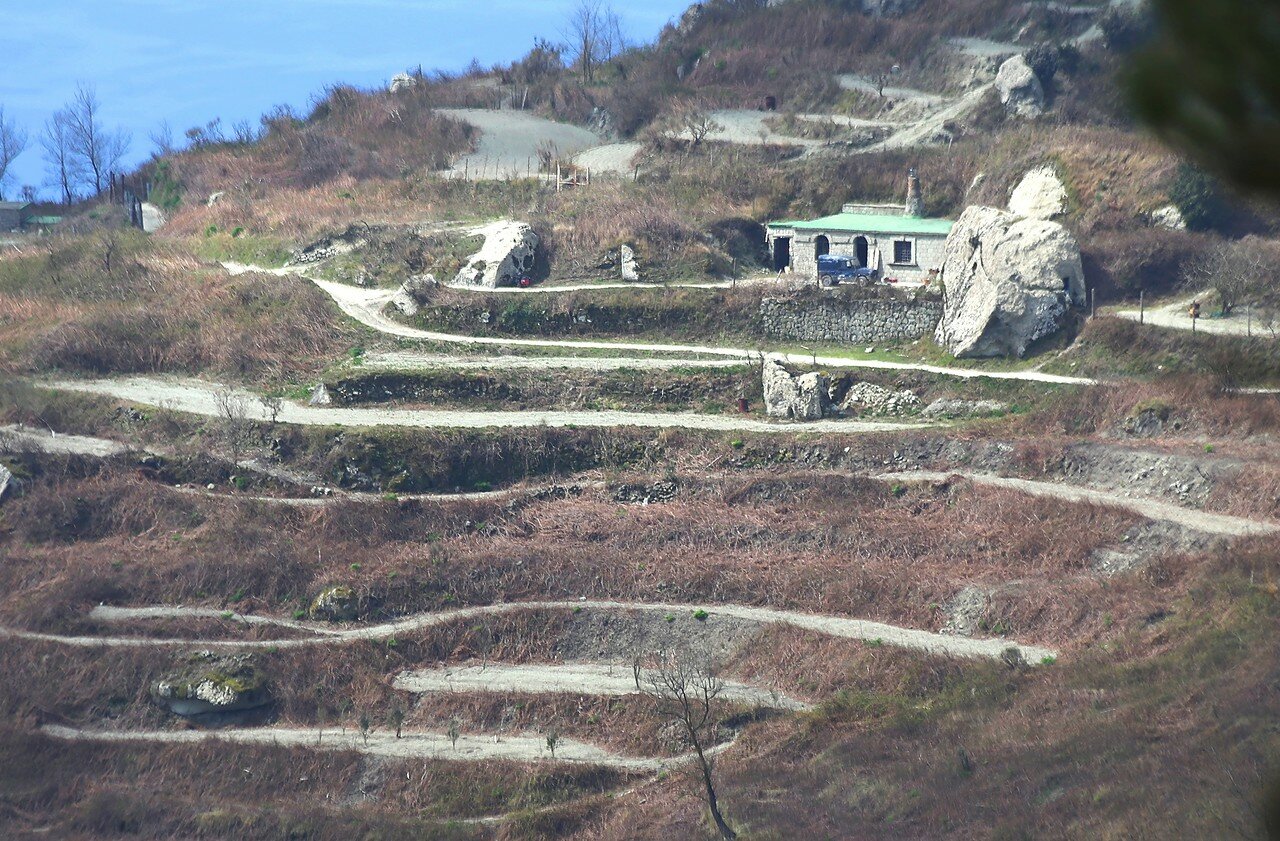 On top of Epomeo any pair left the lock of fidelity, specifically by driving a piece of metal into the soft tufa.

While I enjoyed the views, a bit adapted to the altitude, so going down again quietly looked at the "dangerous track". 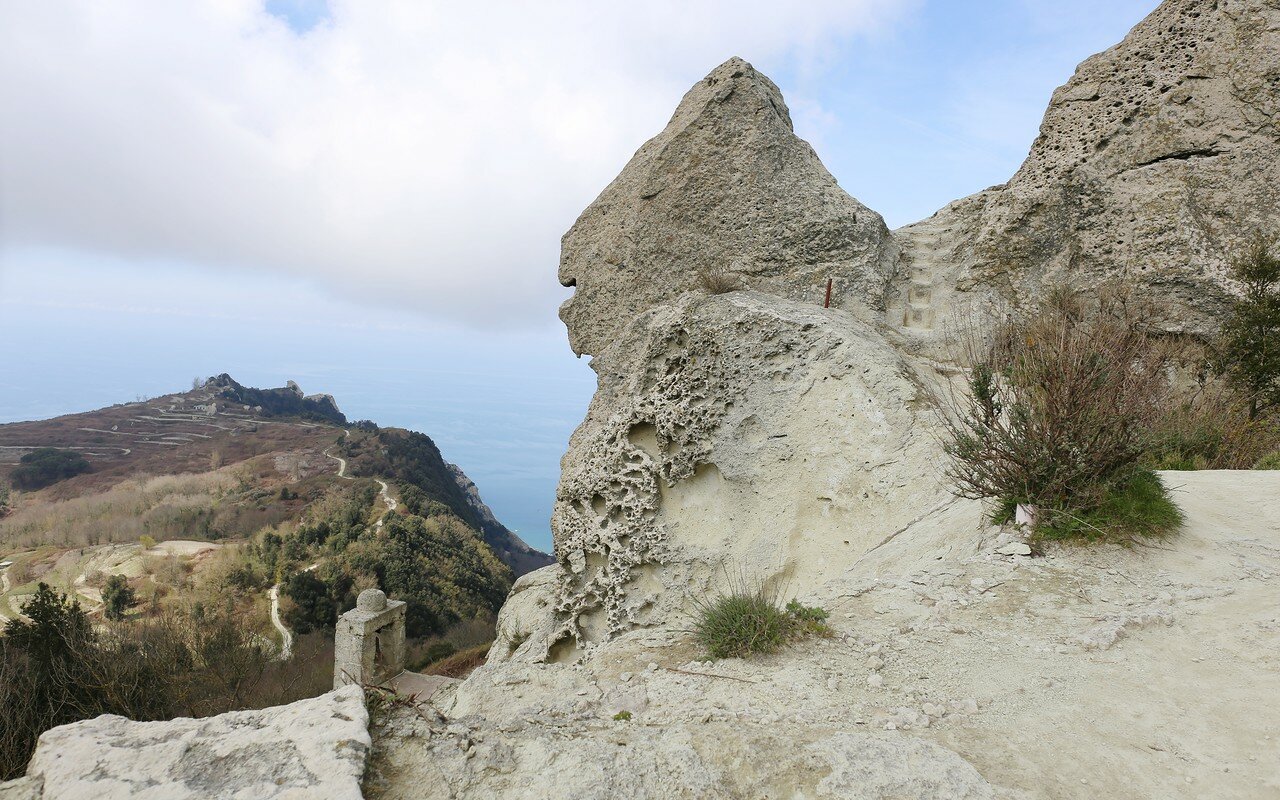 And the upper point of the island of Ischia, where he had just visited. 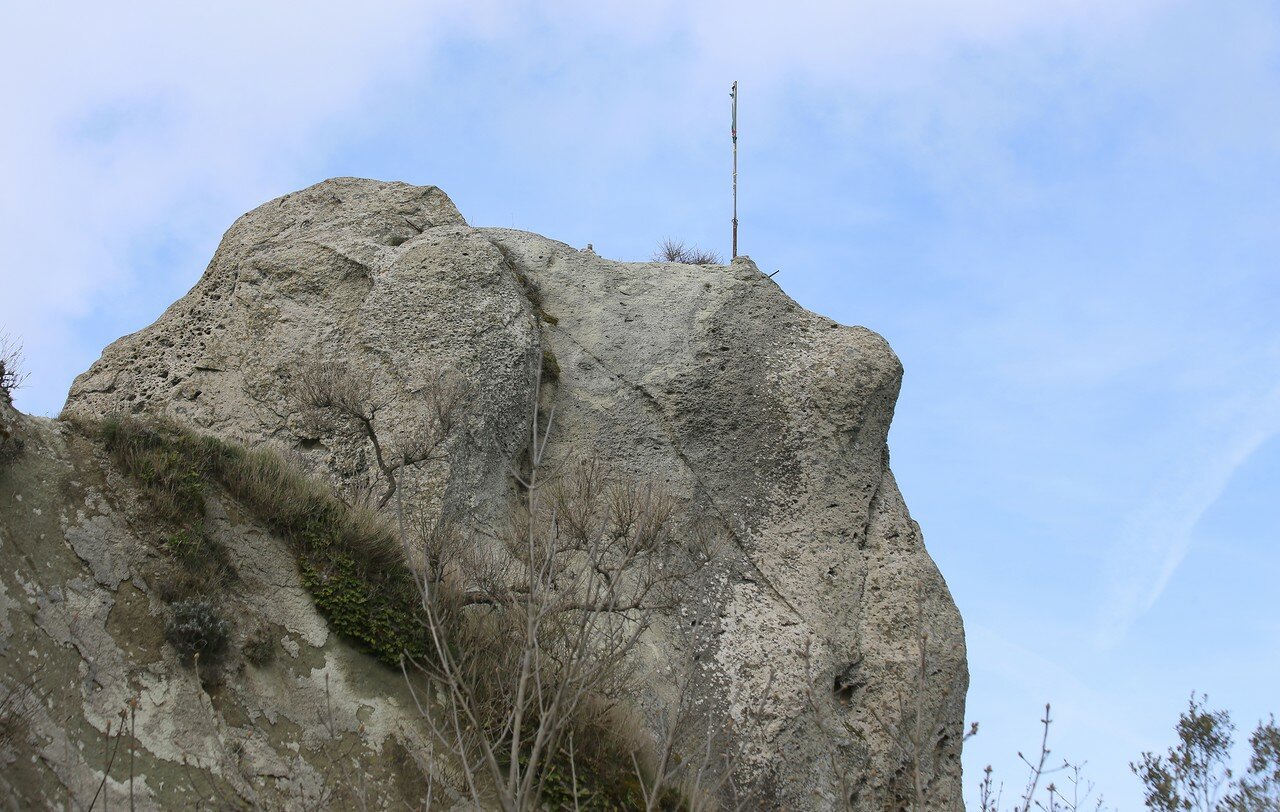 Then looked up at the clouds, 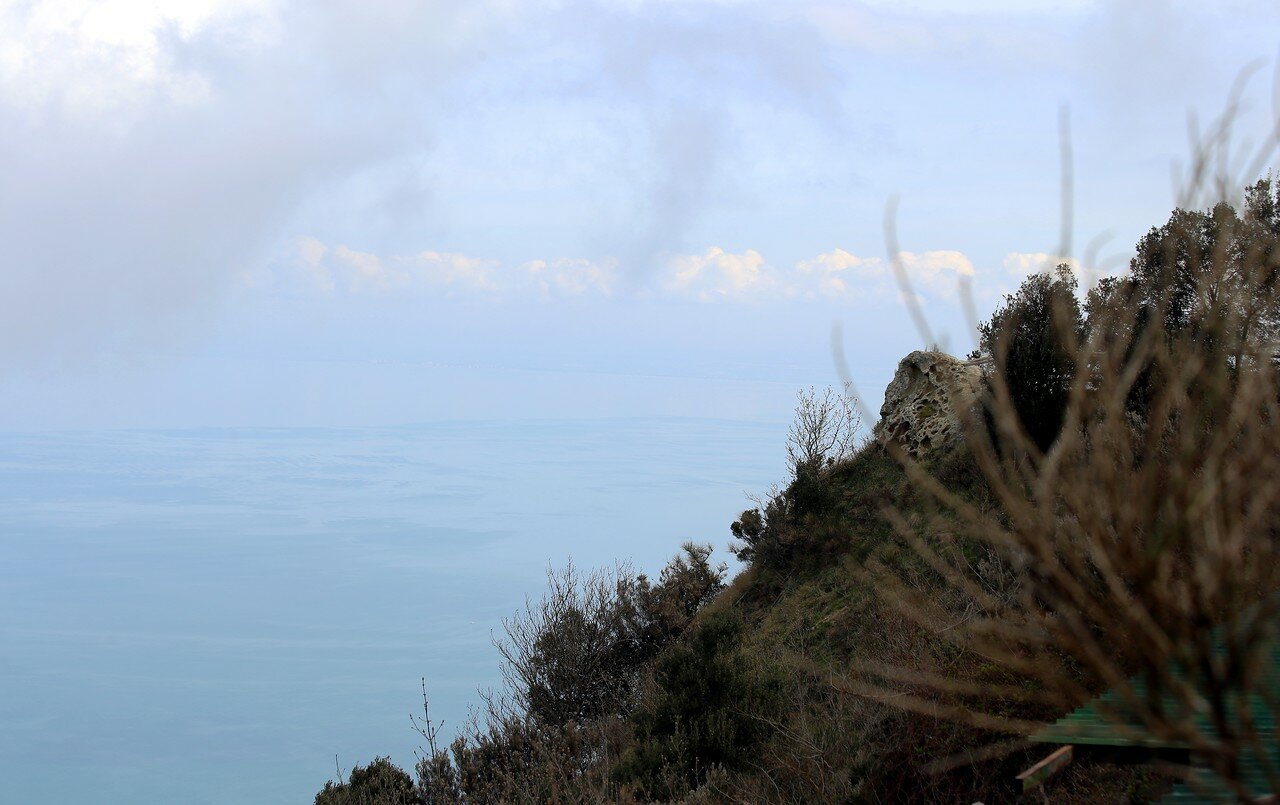 which was on the same level. And recovered back. 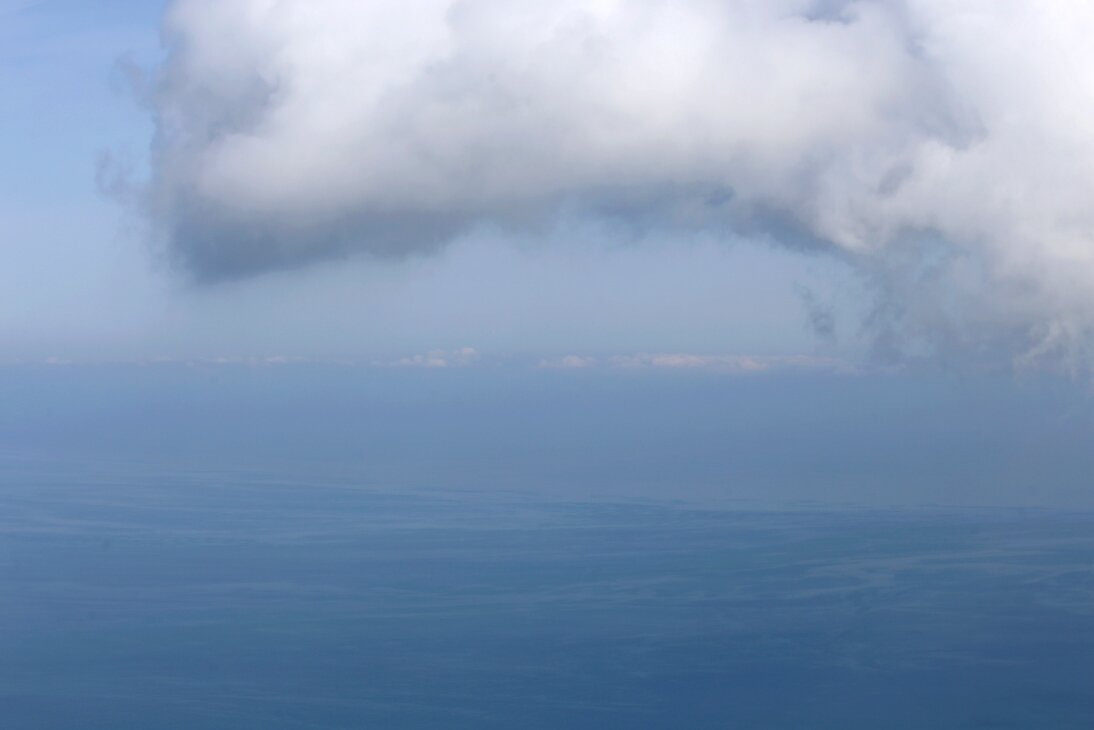 And on the top meanwhile climbed another traveler. With him I exchanged a few words on the wrong track. He was very annoyed that the Aragonese castle, a hidden rock with the radio station and see it there is no way... by the Way, I looked with envy, as the German retired briskly and without any fear is climbing on rocks. 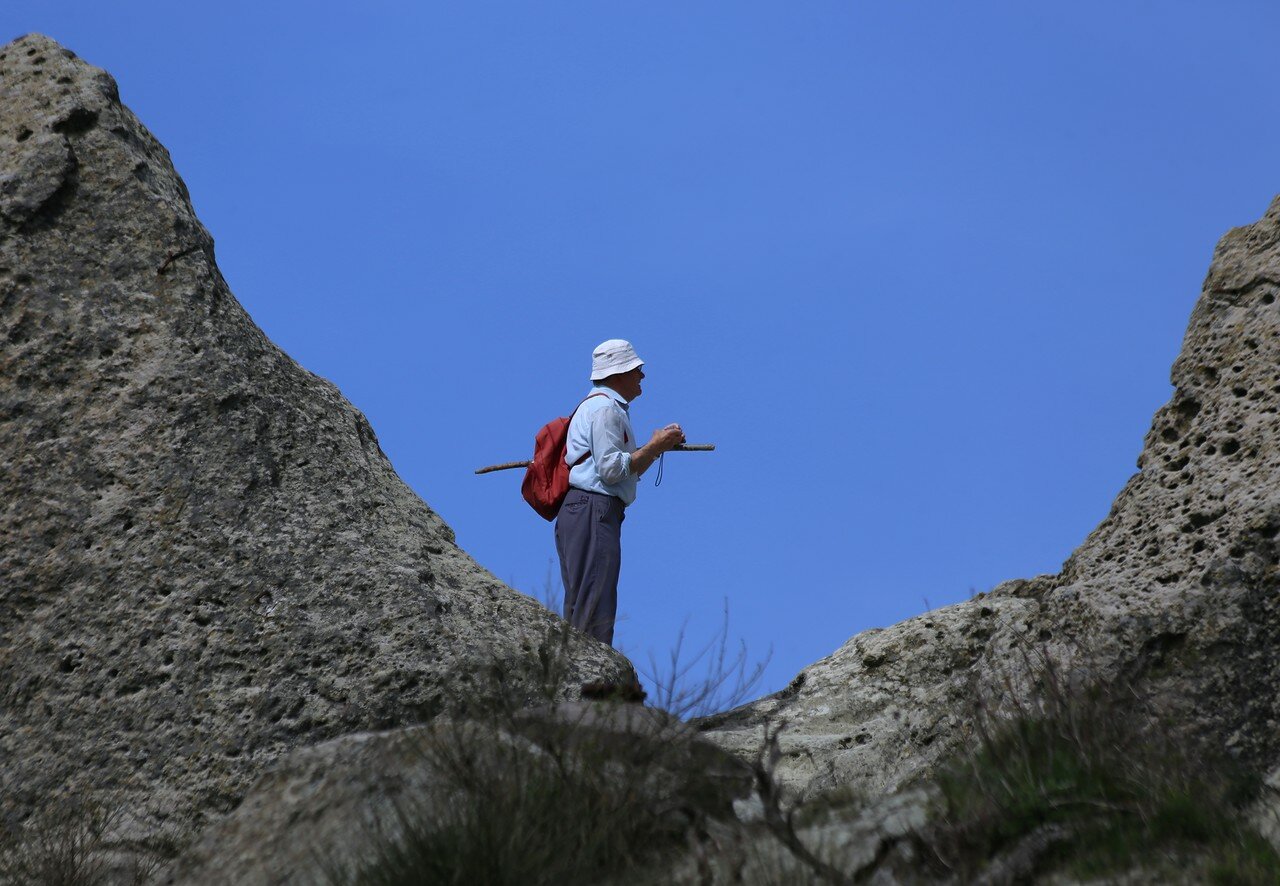