Sunset on the shore of Lacco Ameno

The Sun sank lower, the colors became more interesting - it was much-loved by photographers "modal time". 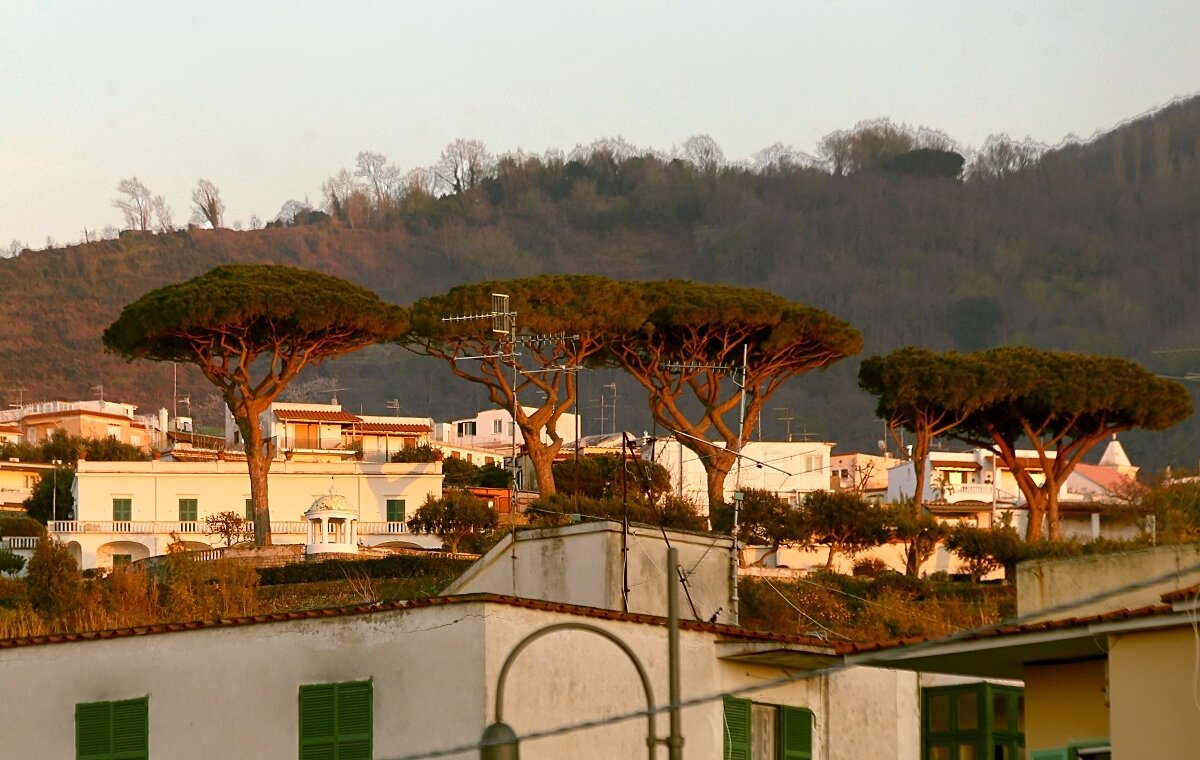 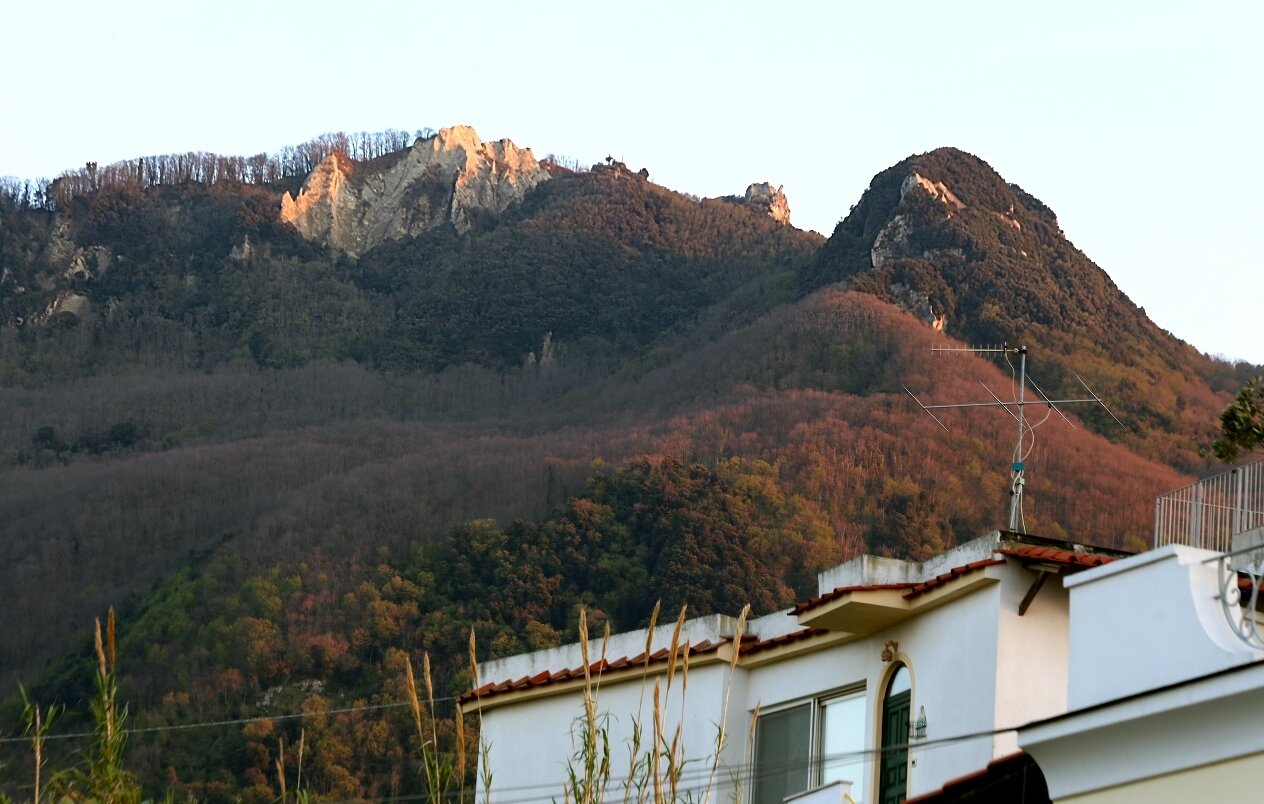 Finally, the disk of the sun disappeared behind Monte Vico, 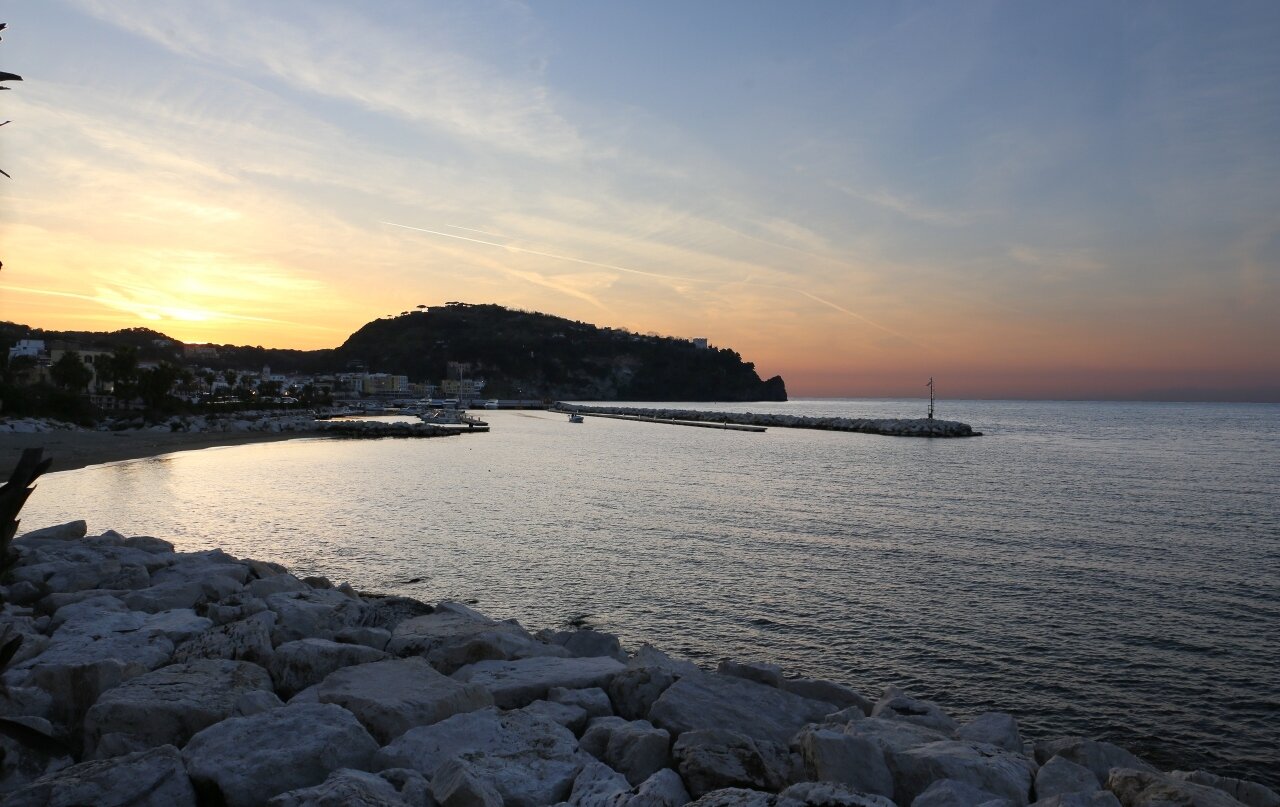 on the waterfront Golden color lit lanterns, although it was still very light. 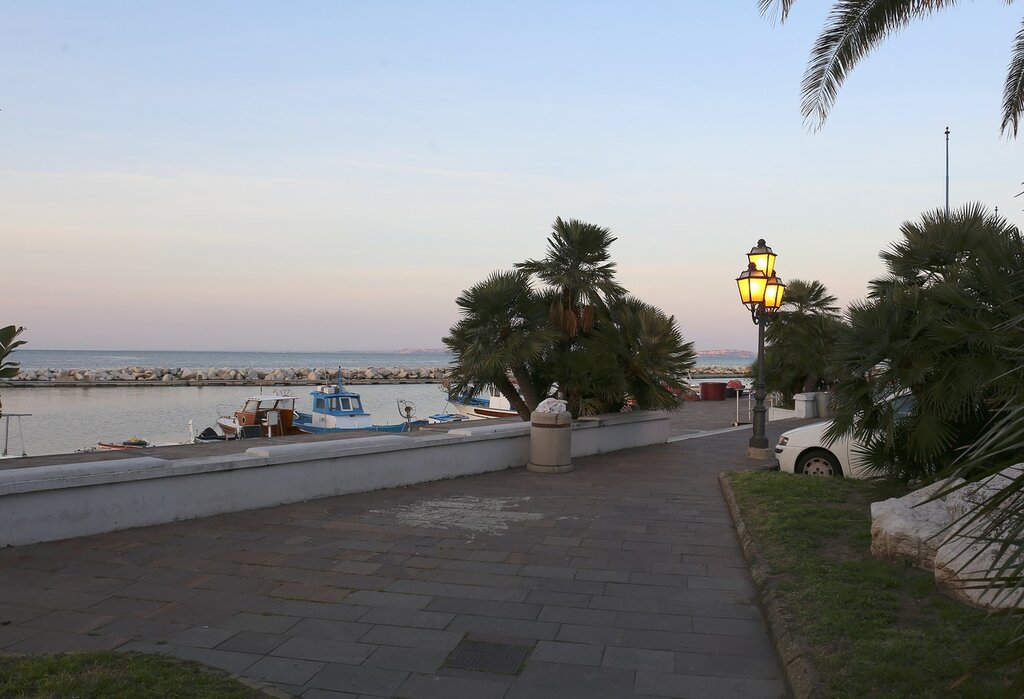 Opposite of the yachts in 2004 opened the Monument to fallen sailors (map). Inscribed on the Board - a memoria di quanti in operando mare in pace ed in guerra non tornarono - "to the Memory of those who never returned from sea in war and peacetime". 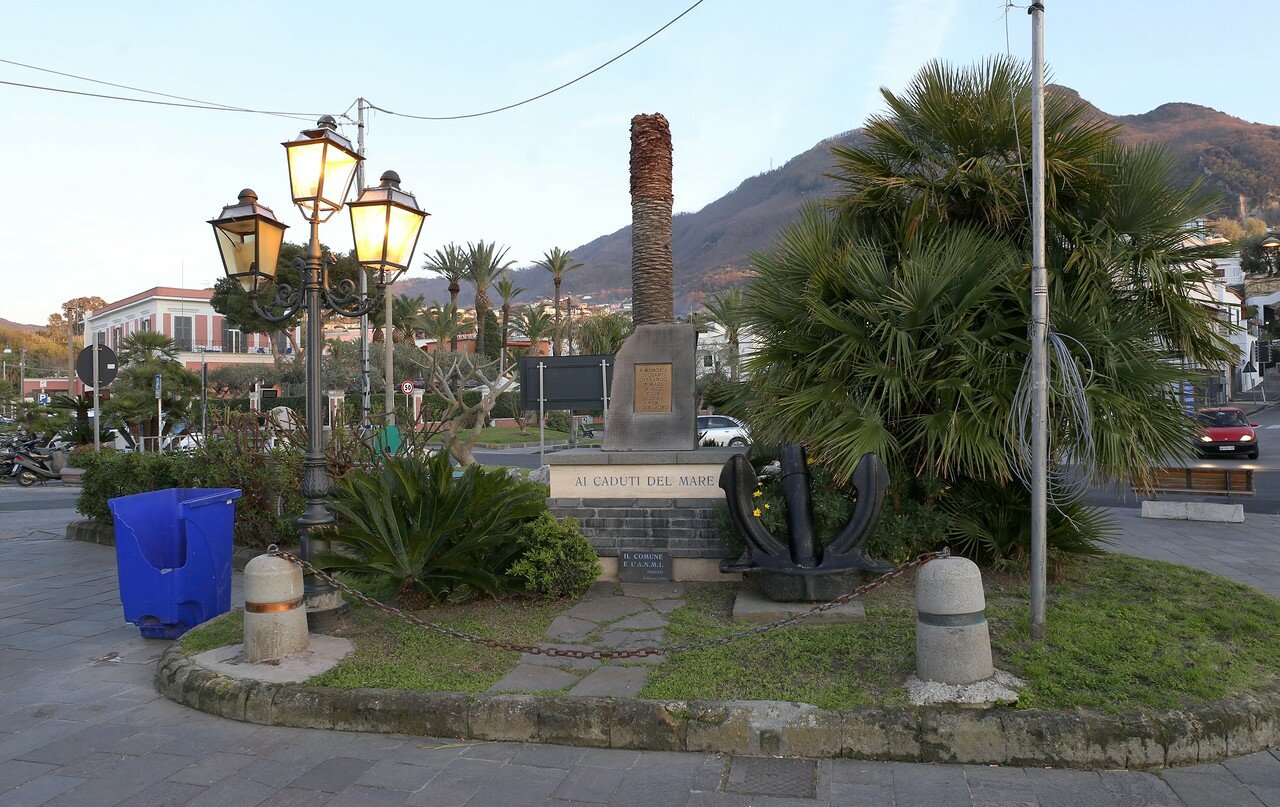 the Evening was warm and quiet and I decided to walk along the shore to Casamicciola Terme. 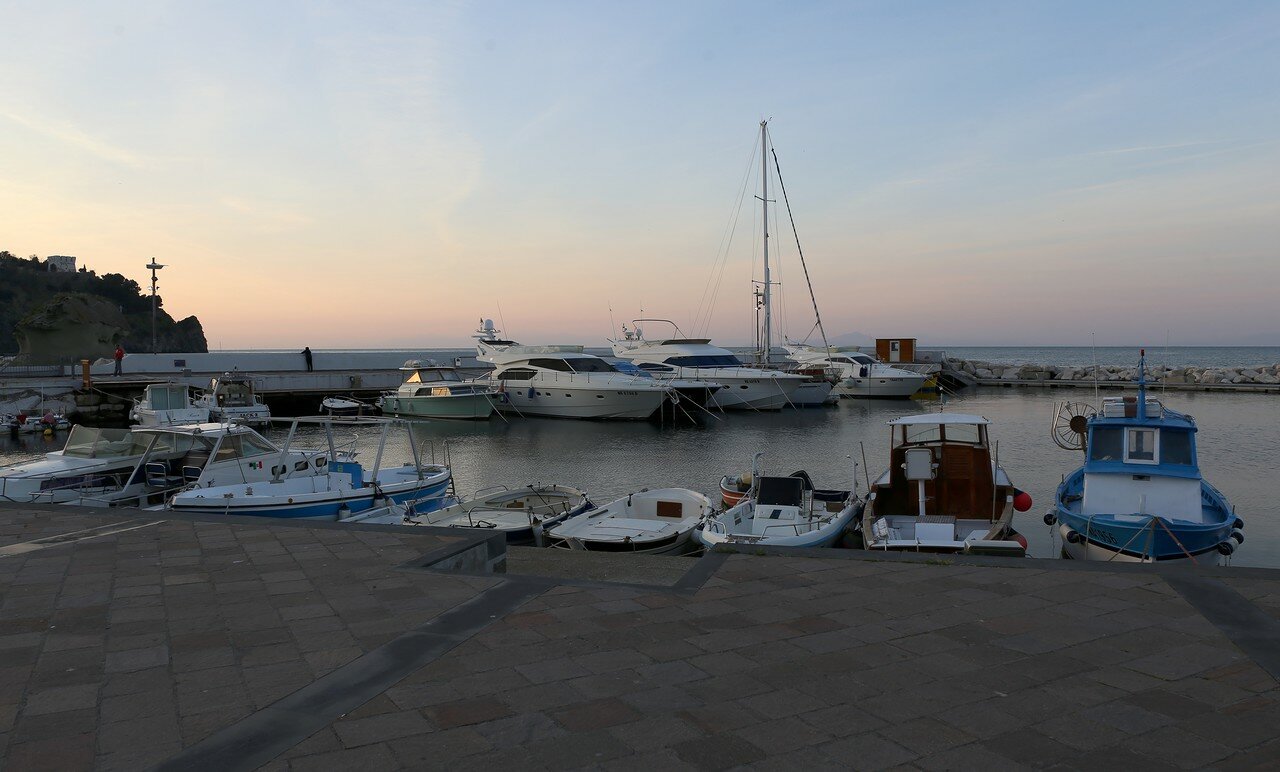 Most of the shore is covered with huge boulders of white tuff, but even here there are a couple of beaches - Funder (Spiaggia della Fundera) and the beach Angela ( (Spiaggia di Suor Angela). Of course, in the beginning of April, all beach infrastructure hid prior to the season, which opens in may. 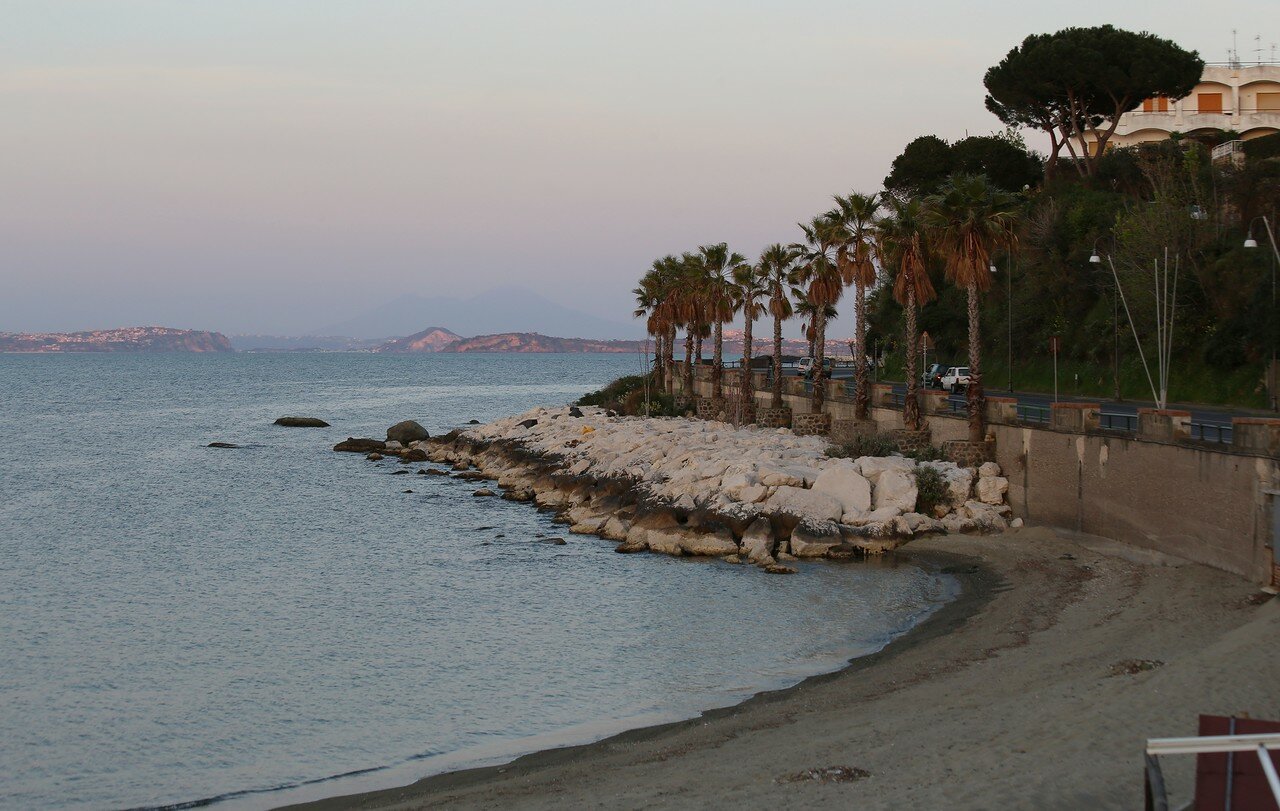 all the way along the coast I have not met anyone, except a lonely lover, enthusiastically shot the sunset on a respectable video camera. 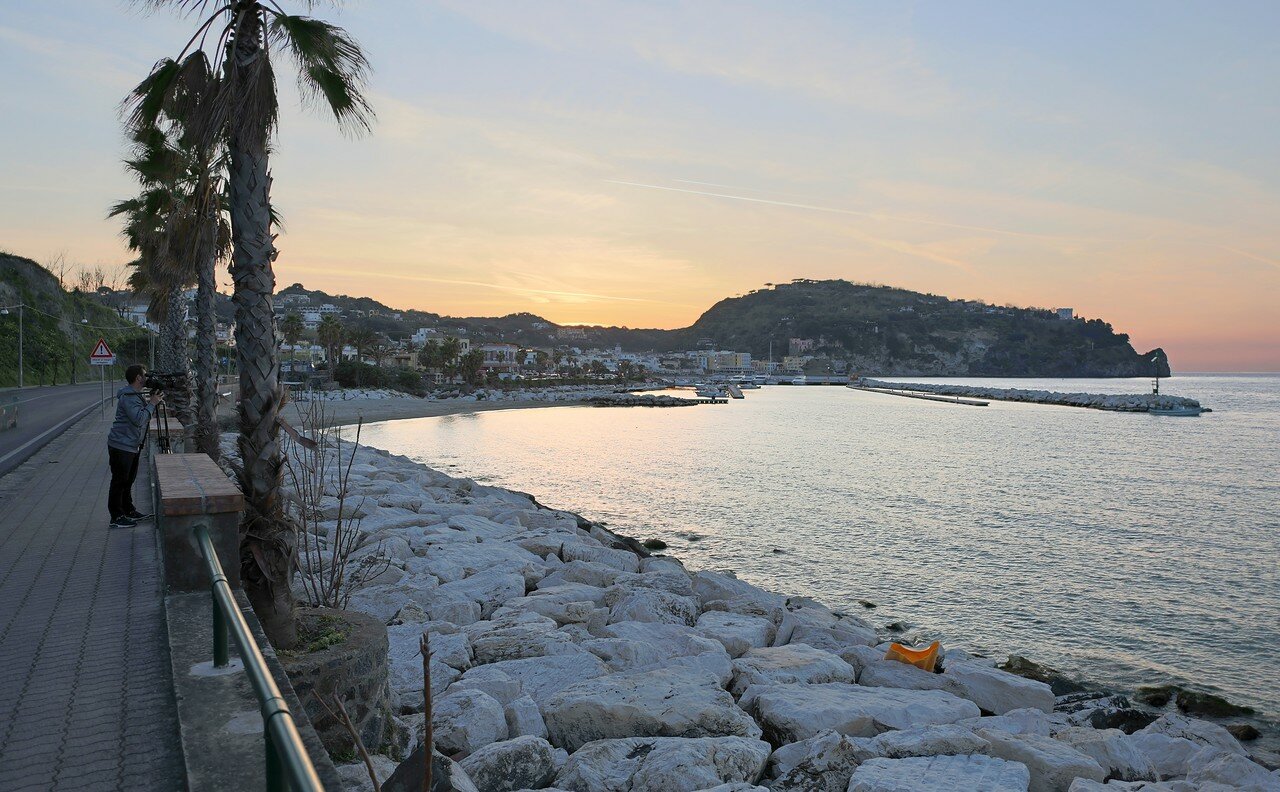 in the Distance you can see the island of Procida in scarlet. It is now up to about 10 kilometers, but at sunset, it seems that the distance is much less. This optical effect I noticed 3 years ago in Capri. 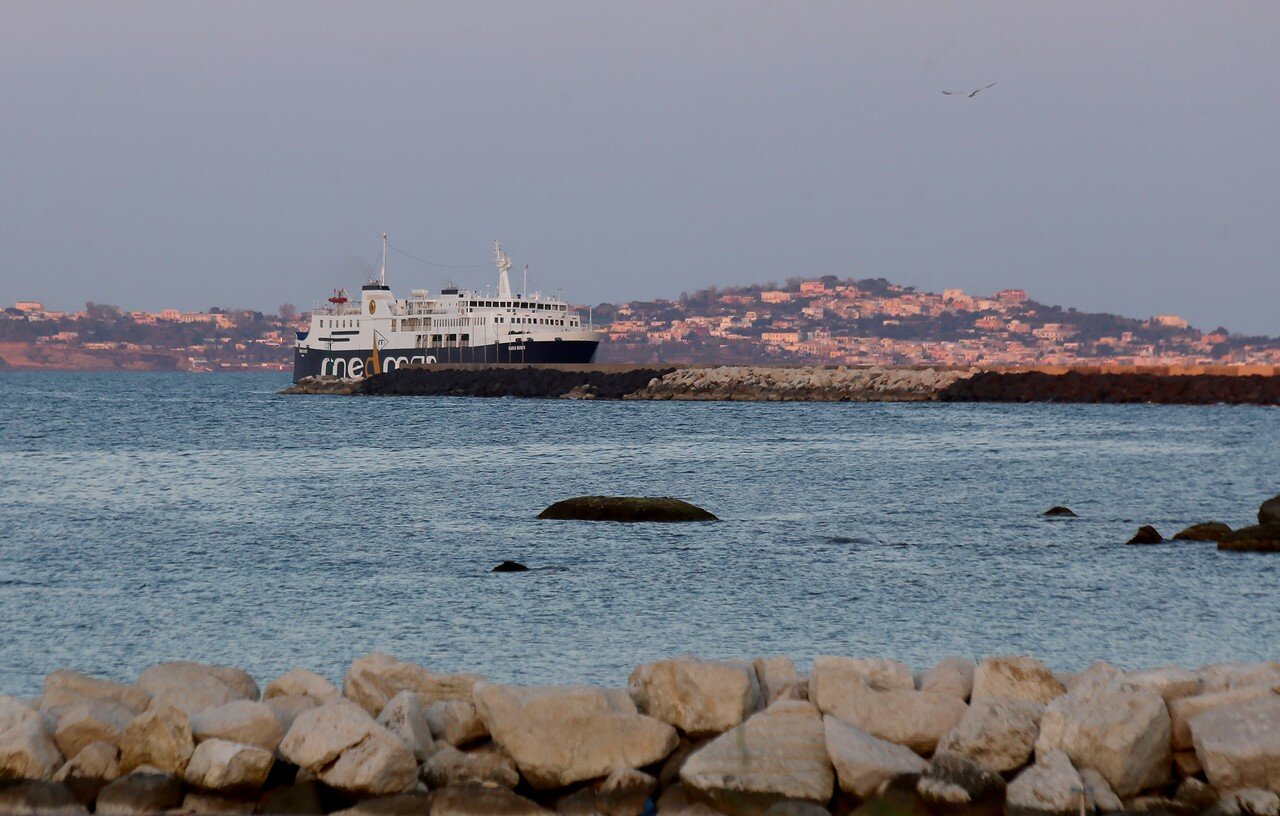 Not too popisa, in 20 minutes I went from "Mushroom" to the port of Casamicciola Terme. 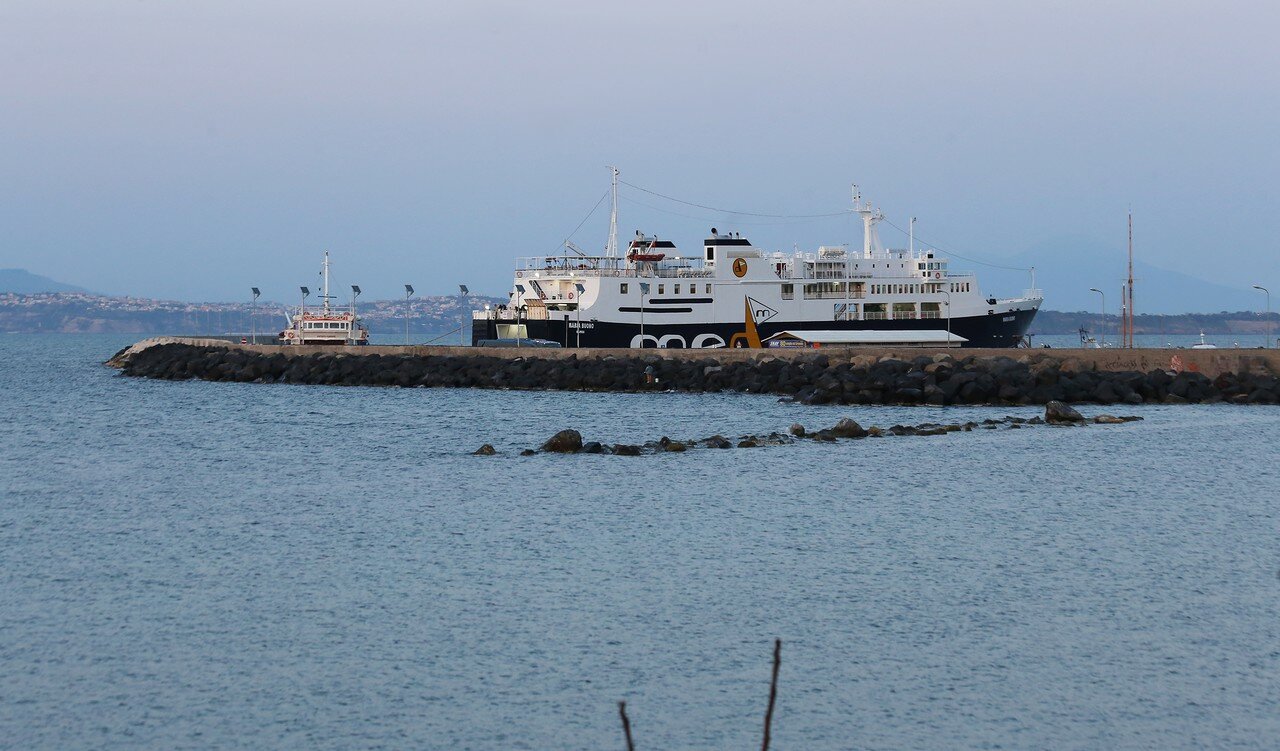 Casamicciola Terme is the third most populated town on the island, and the first number of thermal springs. It was here in Roman times, the first hydropathic establishment.

the Port of Casamicciola, the second largest on the island. The town is connected by ferry to Medmar with Pozzuoli, however, it can be reached from Naples (Molo Beverello port) high-speed boat company SNAV . 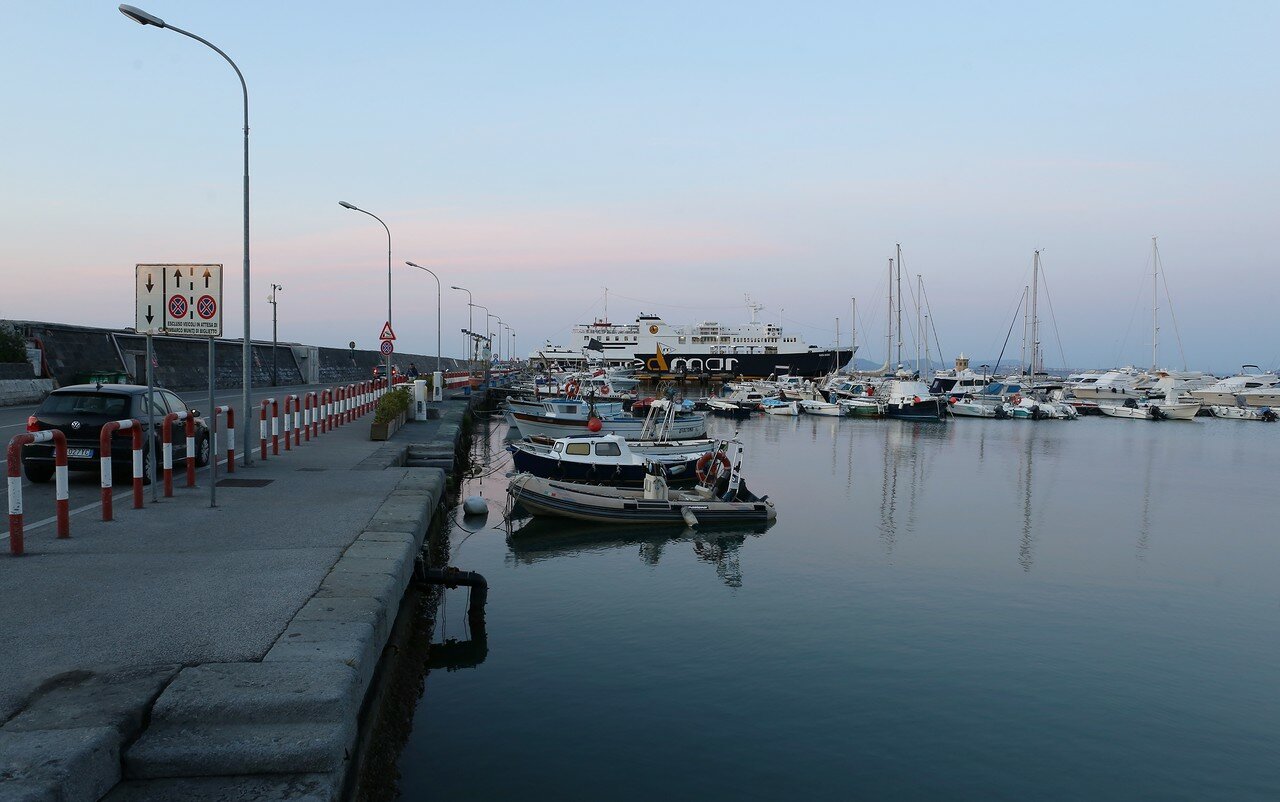 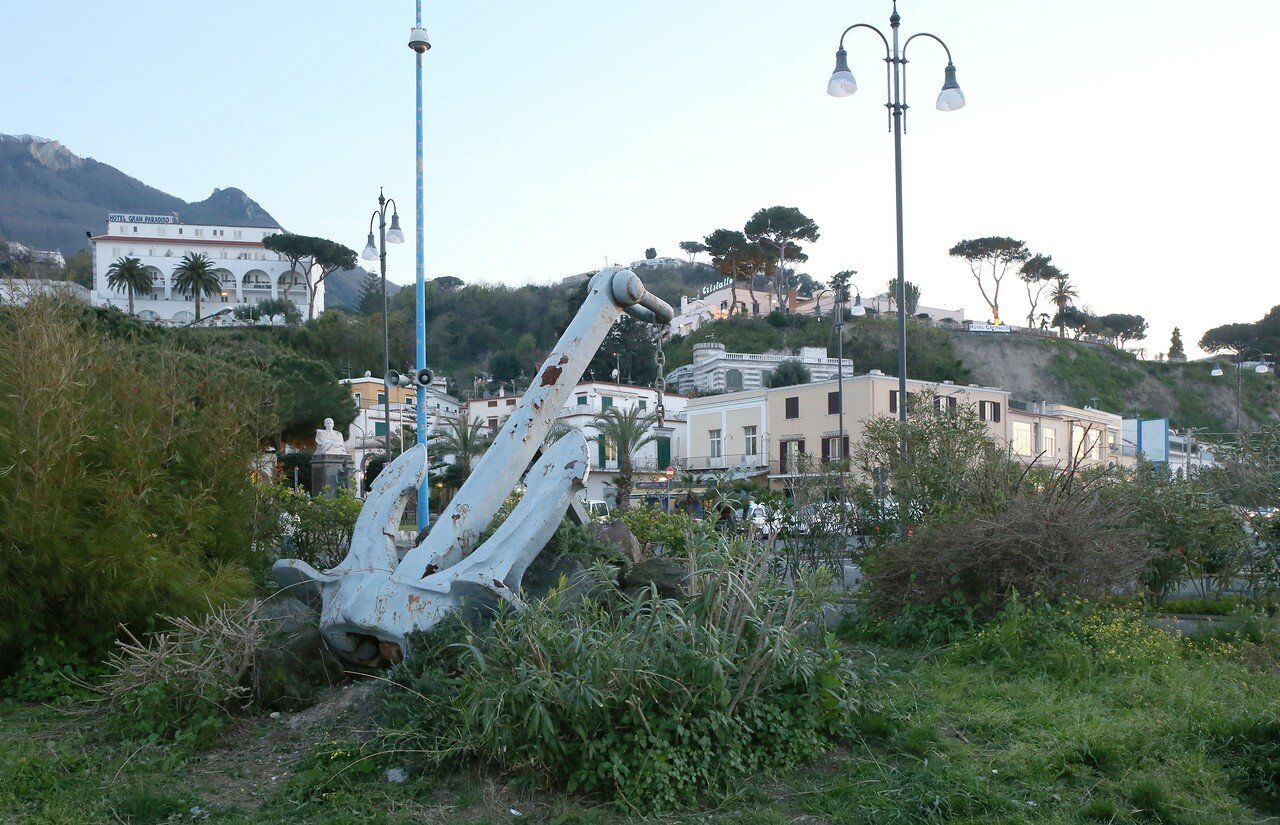 stretches Along the Marina boardwalk, where there's a wooden Jogging track, beautifully marked with lanterns. 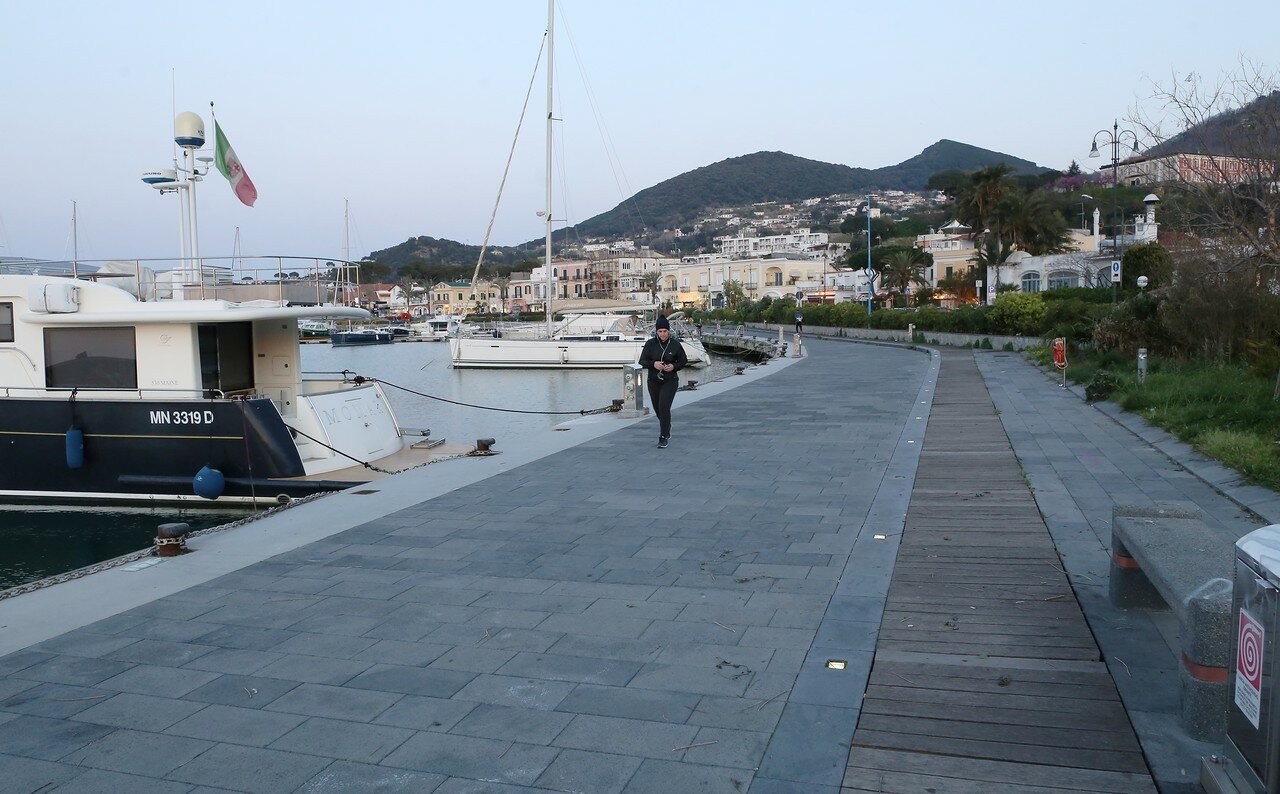 Since time was of evening and was noticeably cooler here, I decided to call it a day with the study of the Northern part of the island, and sat down to wait for the bus under a monument on the Sea area. At the bus stop was a stand with the schedule, and even the electronic scoreboard (naturally, broken), but the bus, marked in the timetable all not appeared. It was getting colder, and when ignored the schedule as well, and the next, I began to think about a taxi (most are waiting and so did a taxi rank around the corner) but then on the coastal road we saw the bus. 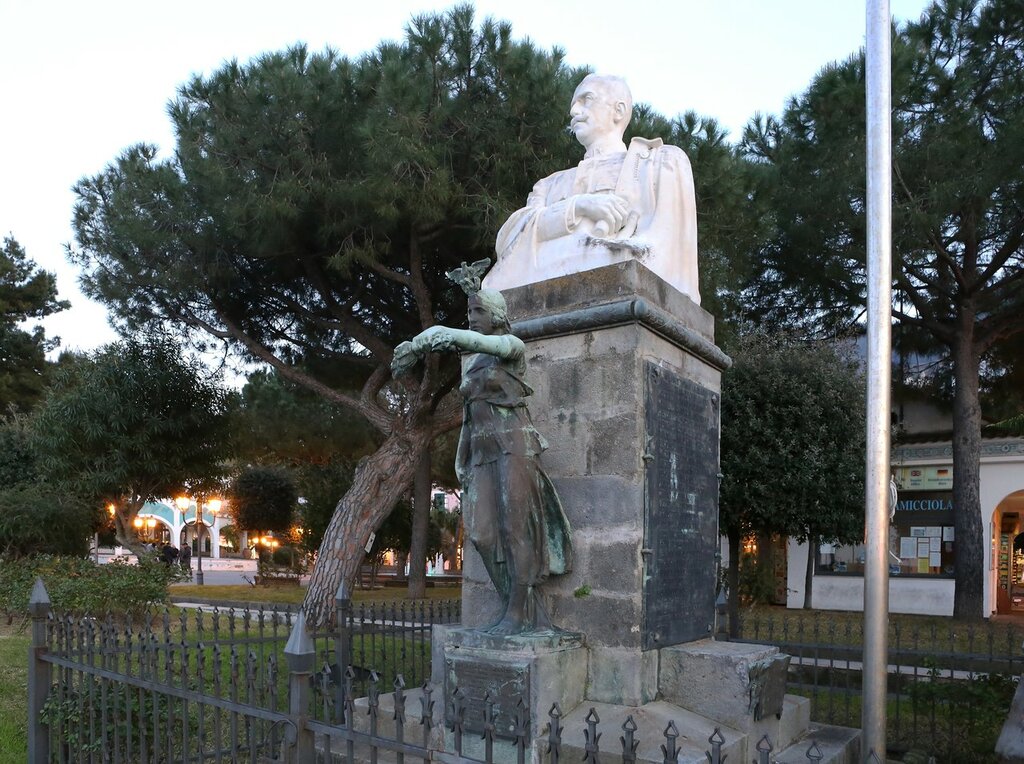