On the Corso Andelo Rizzoli, opposite the beach of Lido Ithaca, there is a small gem of architecture of the 18th century, which miraculously escaped destruction during natural disasters. 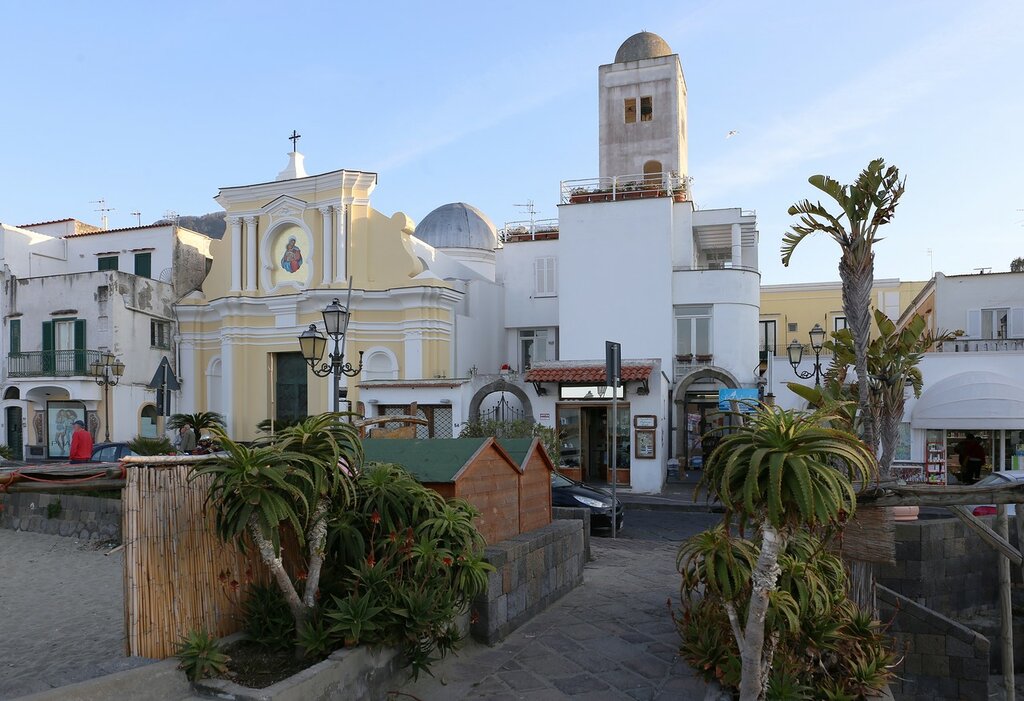 The plot of land on which the Church stands has been owned by the Monti family since 1619. in 1670, Sebastiano Monti began the construction of a small family chapel, which was completed in 1675. In 1732, the Church became the property of the bishopric, was significantly expanded and received the status of a parish and became the religious center of the town. Taking advantage of the favorable attitude of the Bishop, the parish had some privileges and privileges, which allowed it to further decorate the Church. 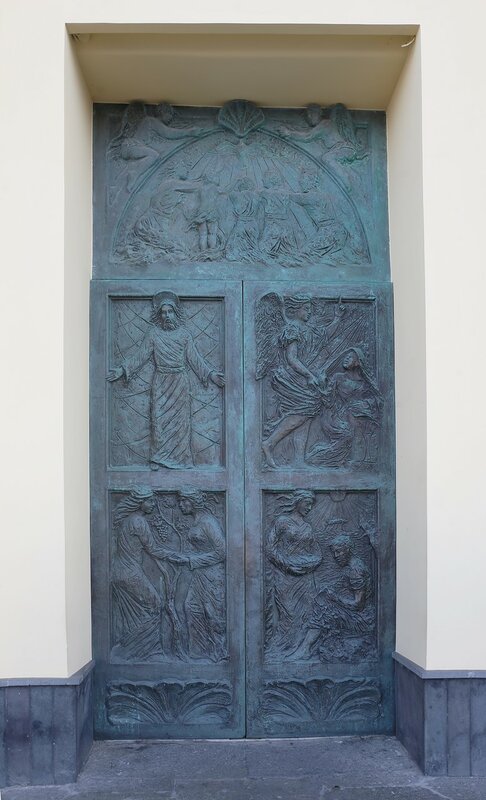 However, prosperity lasted just over a century - an earthquake in 1833 led to the Church in disrepair and was closed for safety reasons. Restoration began in the beginning only in 1931. The temple received a new facade, and the interior, on the contrary, was restored in an authentic form. 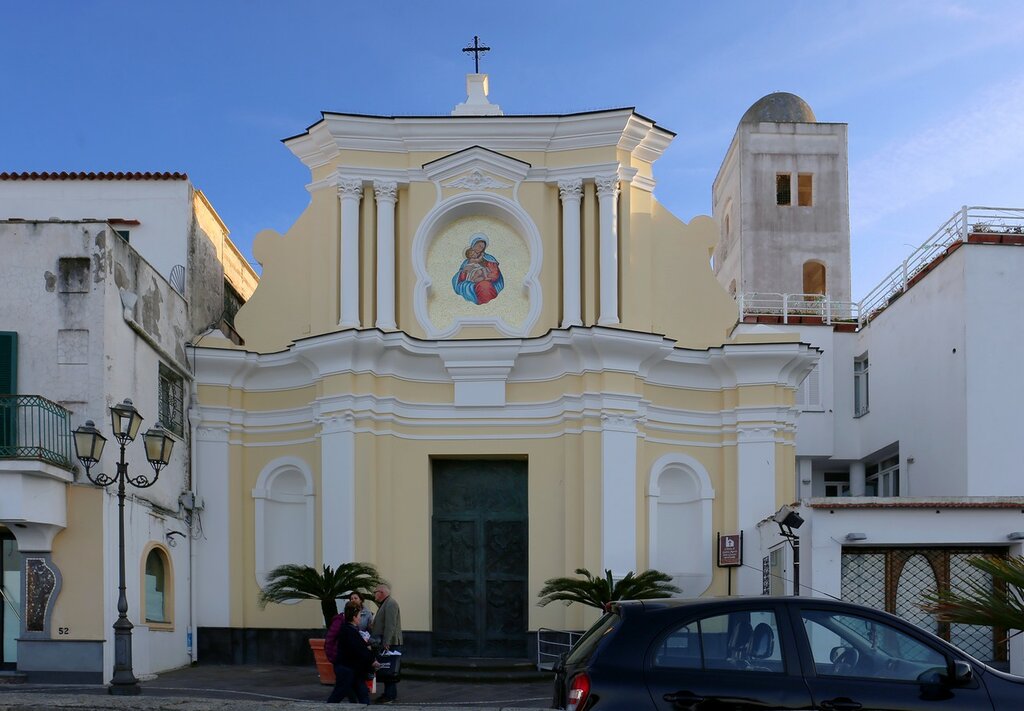 In 1948, a rather austere bell tower was built, the style of which does not fit too well with the luxurious facade. 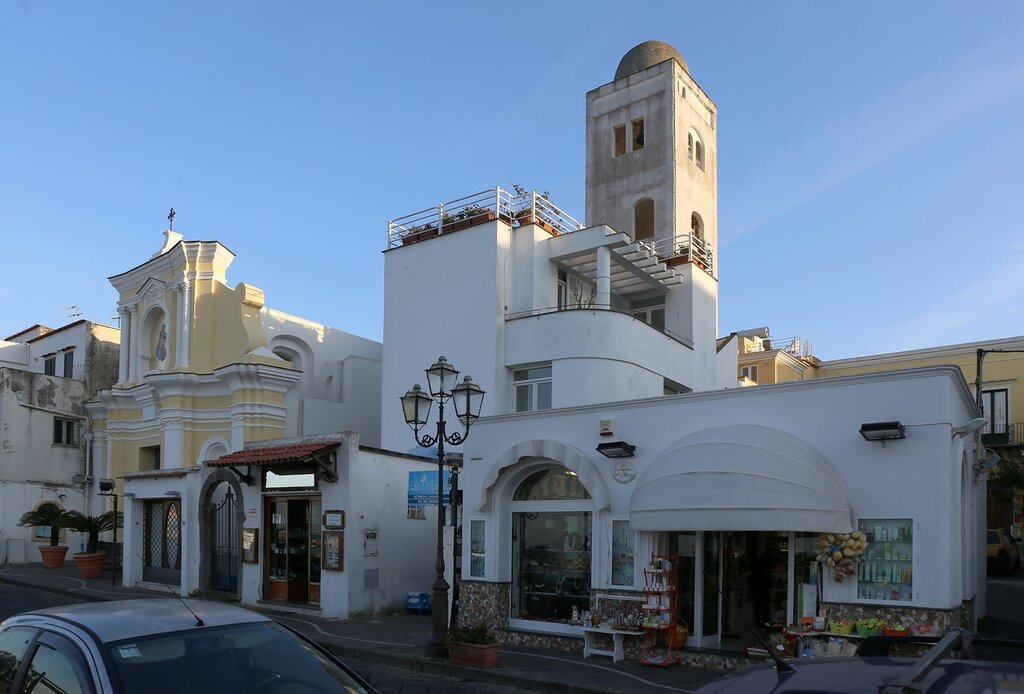 Now the Church is squeezed by modern buildings, so that it is not immediately noticeable. The best view of the temple is from the Marina Lacco Ameno pier. 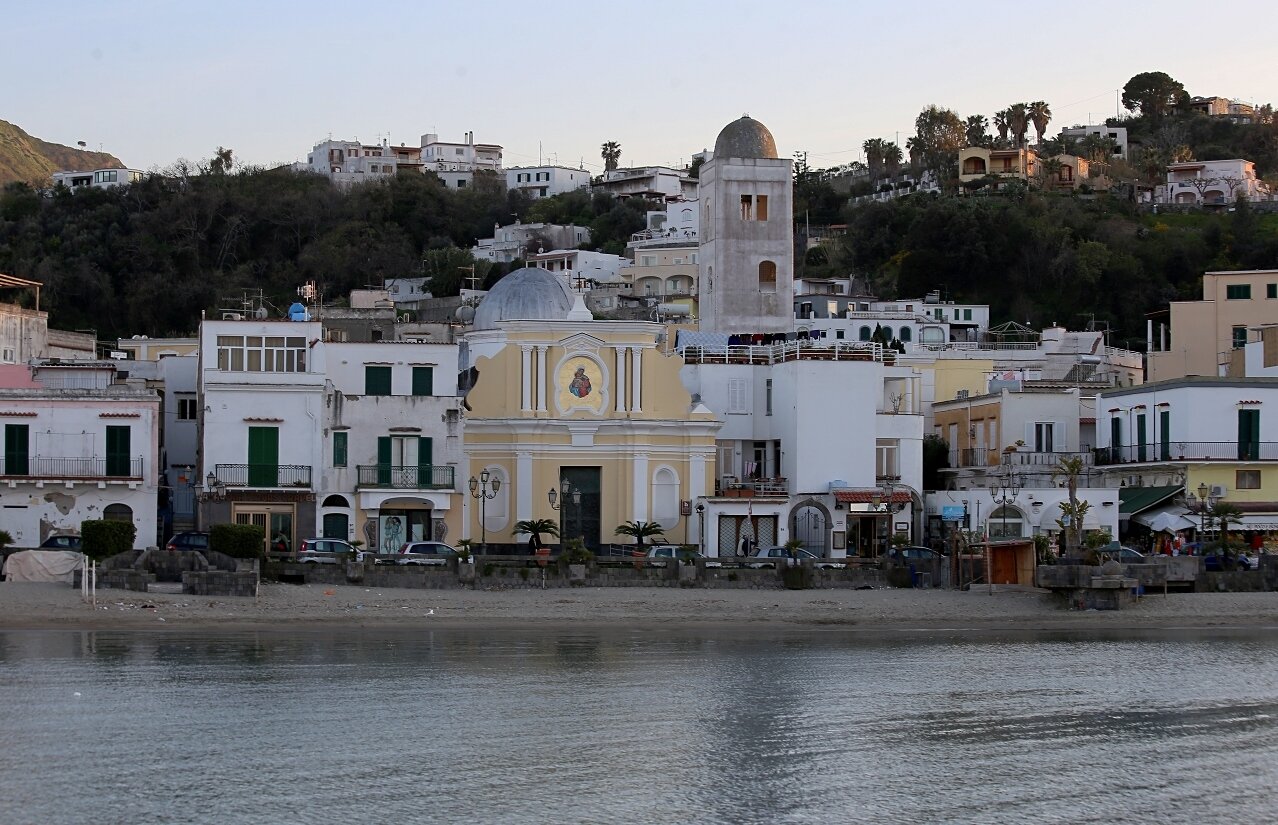