Santa Restituta square has been a place of worship for more than two thousand years. Excavating the ancient Greek city of Pithecusa, archaeologists discovered the remains of a pagan temple in the area of the square. In the fourth century ad, a small early Christian church appeared in its place, which a century later was dedicated to the Holy Restituta Africana (map). 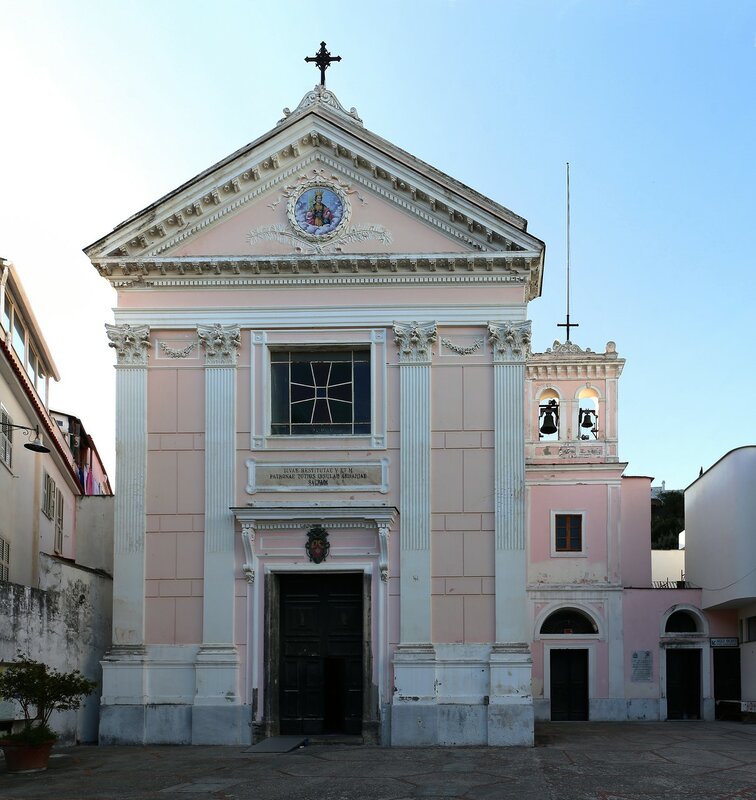 In 1036 the сhurch came under the care of Benedictine monks. In the 12th century the church was rebuilt and lengthened, the belfry was built. 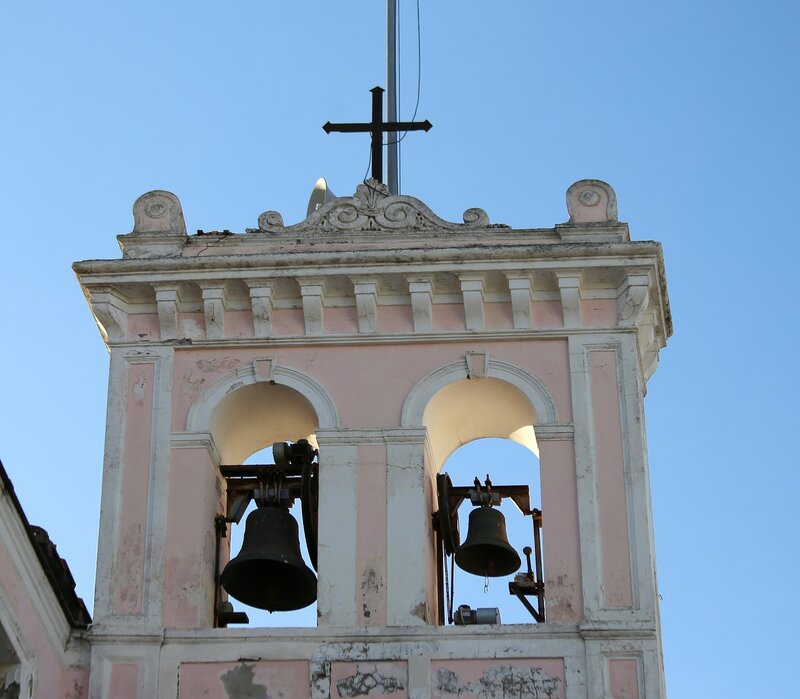 In 1470, defensive walls were built around the monastery to protect it from frequent Saracen raids. In 1590, the Bishop of Ischia gives the сhurch to the Carmelites, on condition that they build a tower where the inhabitants can wait out the raids. The tower was built, now it is occupied by the municipality of Lacco Ameno. 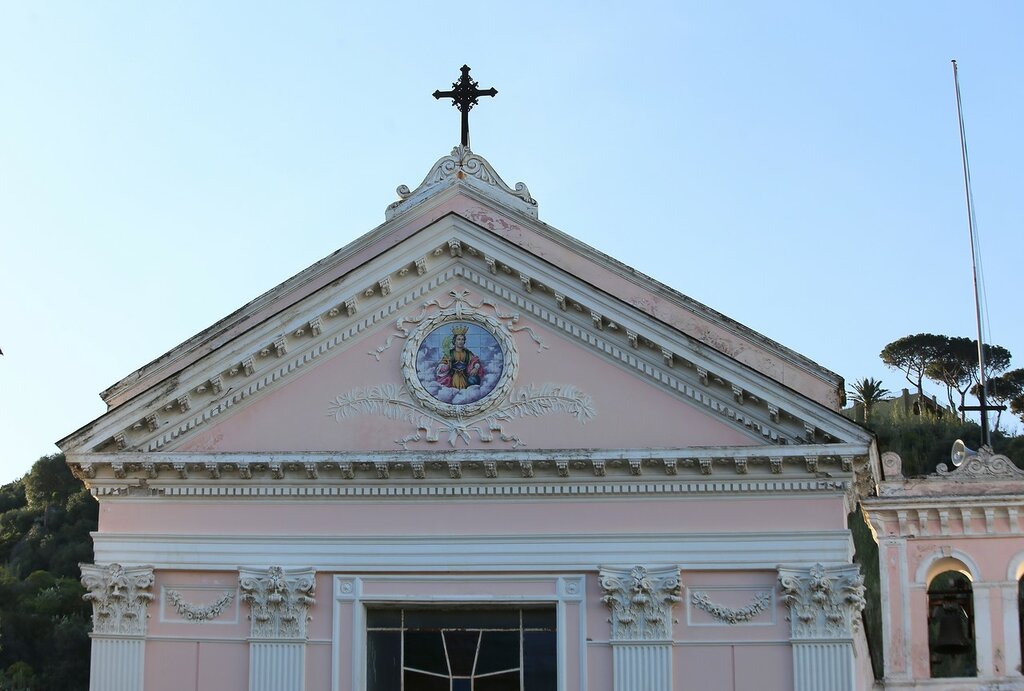 In 1822, the Carmelites were replaced by Augustinians, who decorated the facade of the church in the Baroque style. 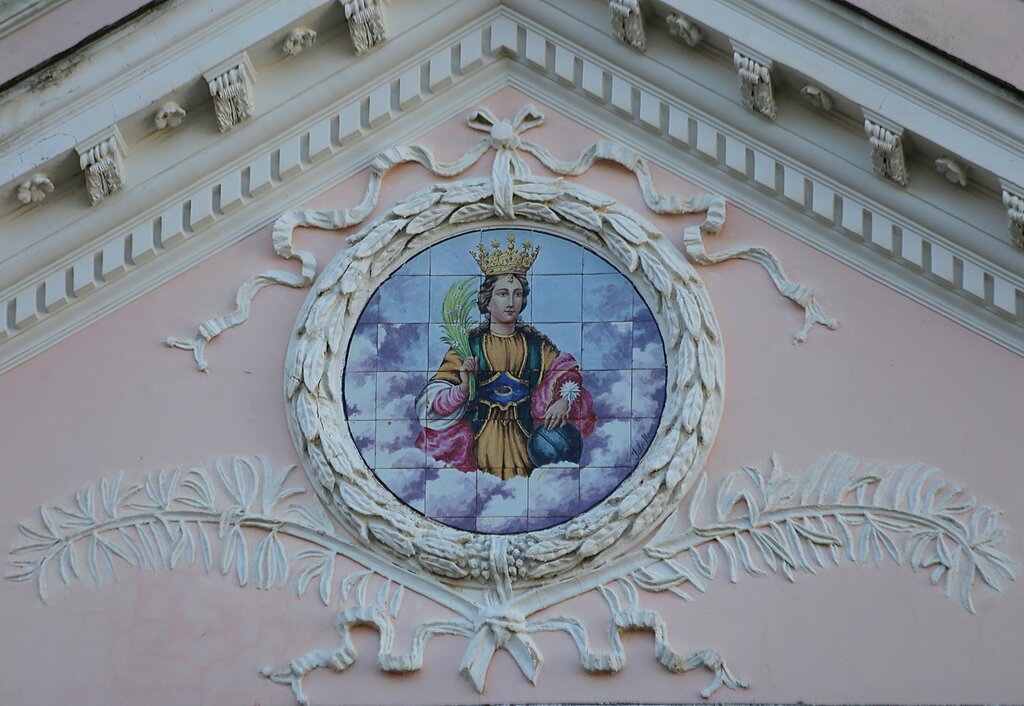 The сhurch was badly damaged by a catastrophic earthquake on July 18, 1883. On the instructions of cardinal Guglielmo Sanfelice, Archbishop of Naples, by 1886 the сhurch was restored. Now this is reminiscent of the cardinal's coat of arms over the portal of the temple. 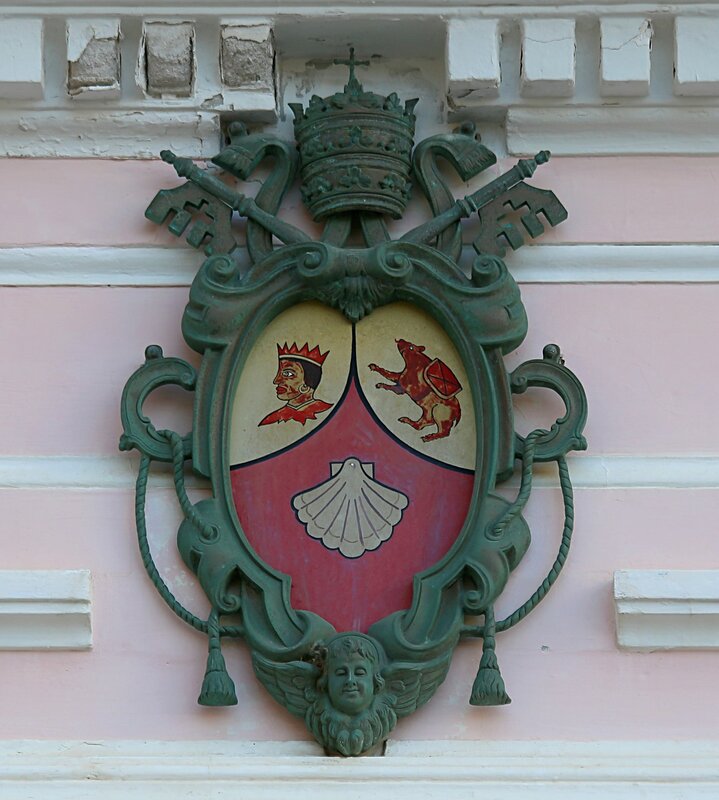 As a result of the restoration, the building not only acquires a new look, but also becomes earthquake-resistant, which is facilitated by the construction of 24 columns supporting the floors. 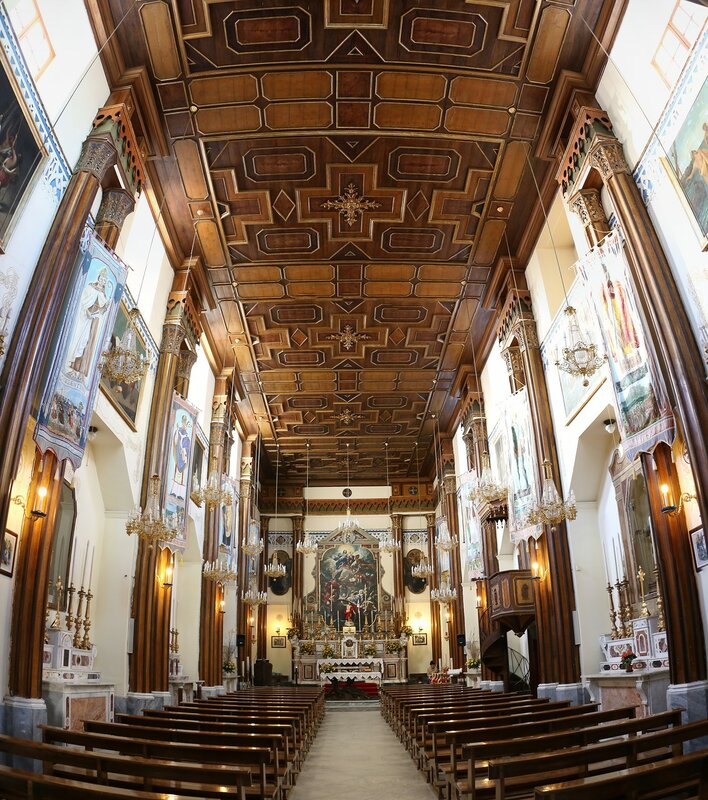 Notable ceiling of the church, decorated with different types of wood. 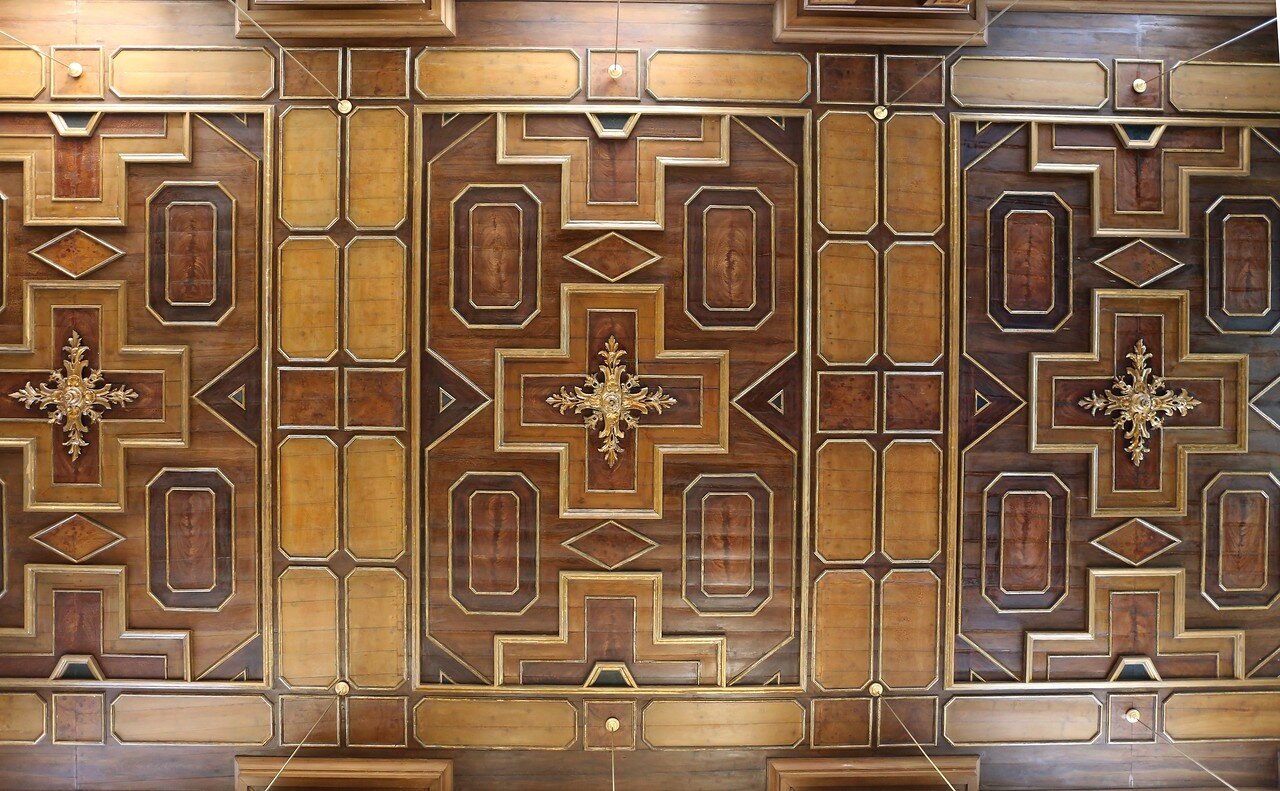 Saint Restituta, or Restituta Africana, was executed in Carthage in 255 or, according to other sources, 304. How she was deprived of life is unknown, historians believe that the relics were brought to Ischia from Africa by monks who fled in the 5th century from the territory of present-day Tunisia from persecution. 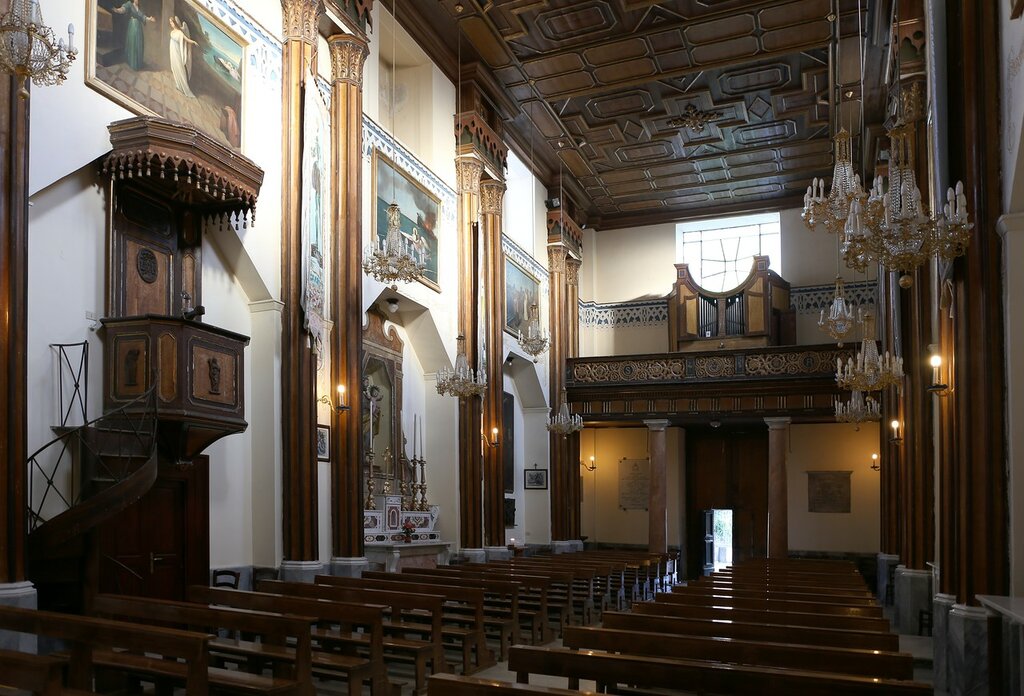 In the 10th century there appeared the following legend: horrific torture After Christian was put in a boat, loaded with tarred oakum, lit it and threw into the sea. God sent an angel who brought the boat to the island of Aenaria (now Ischia ), where the body of Restituta, untouched by fire, was discovered by a local resident Lucina. Saint Restituta is revered as the patroness of Lacco Ameno, a feast dedicated to the Martyr, celebrated on may 17. The sculpture in front of the altar depicts the arrival of the Martyr's relics in Ischia. 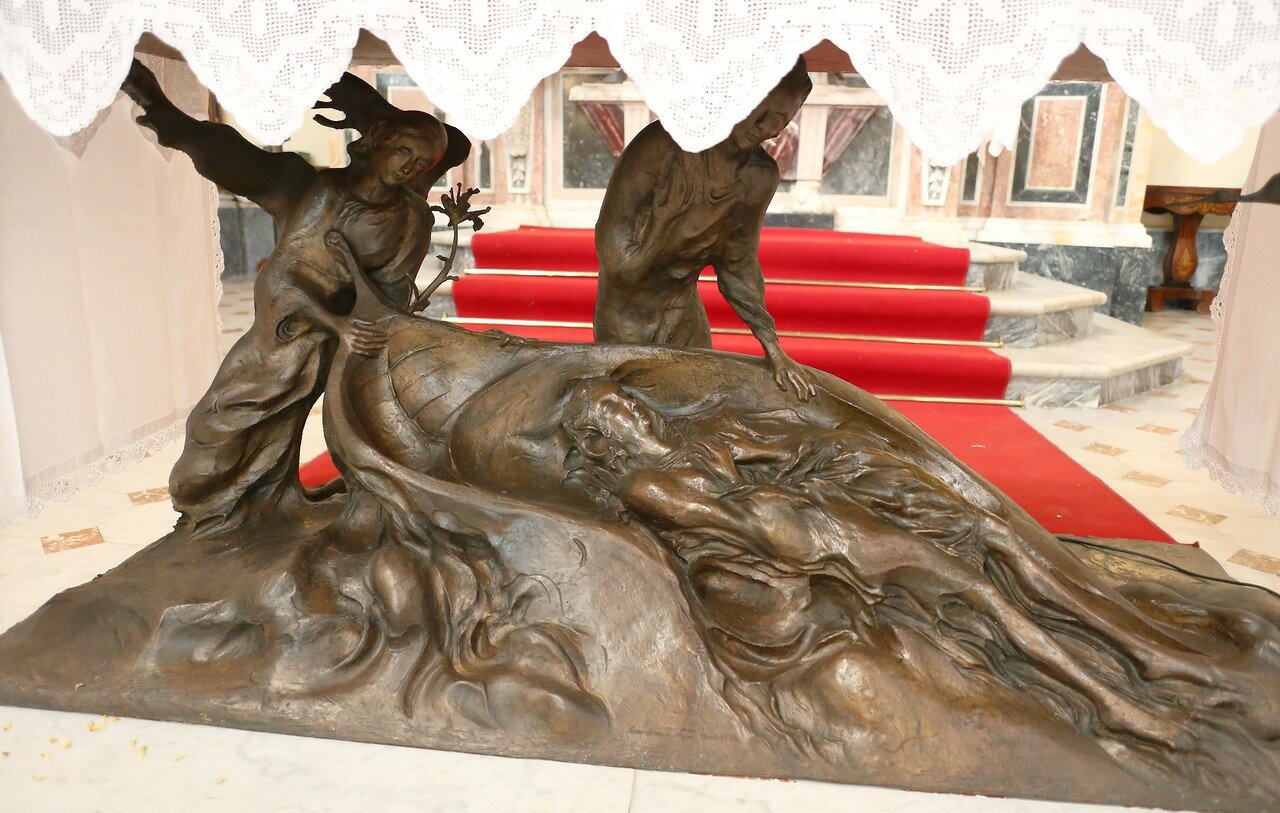 The original pulpit, made in the form of the bow of the boat with the letters S. R. (Santa Retituta). 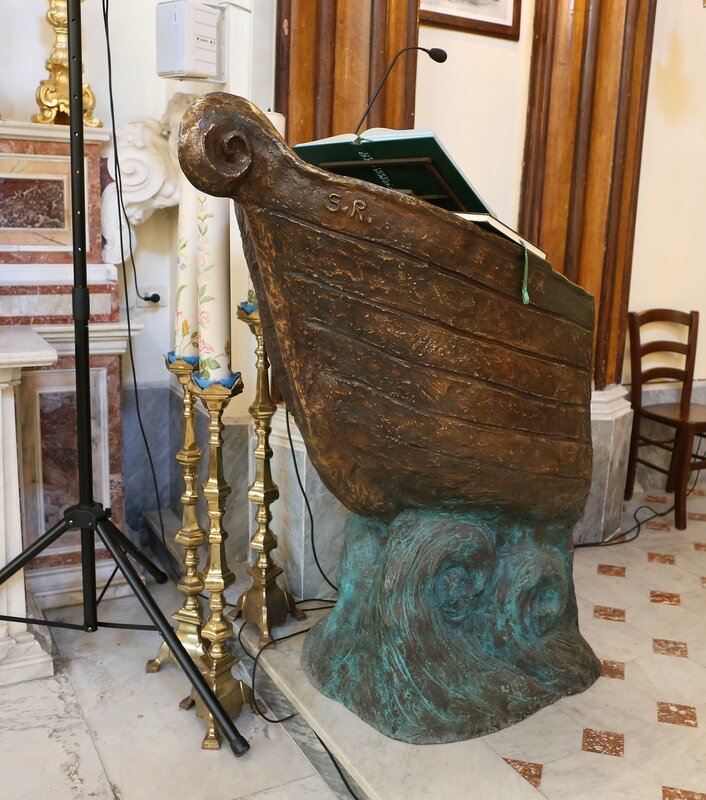 In 812, during the attack of the Moors, the basilica was looted, but the relic was saved. In 845 it was placed with a specially built chapel in Naples, which in the 13th century became one of the chapels of the Cathedral. 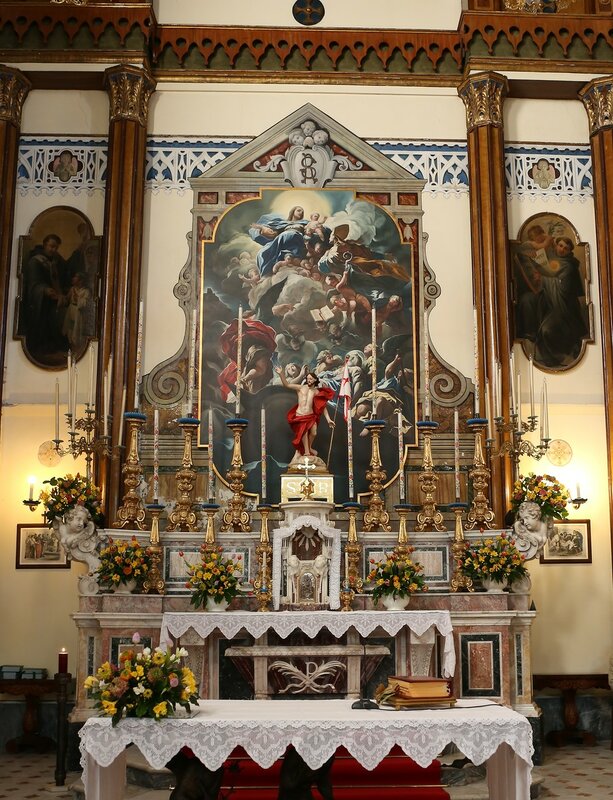 For the new church, the artist mastroiani painted ten paintings depicting episodes from the life of the Holy Martyr. 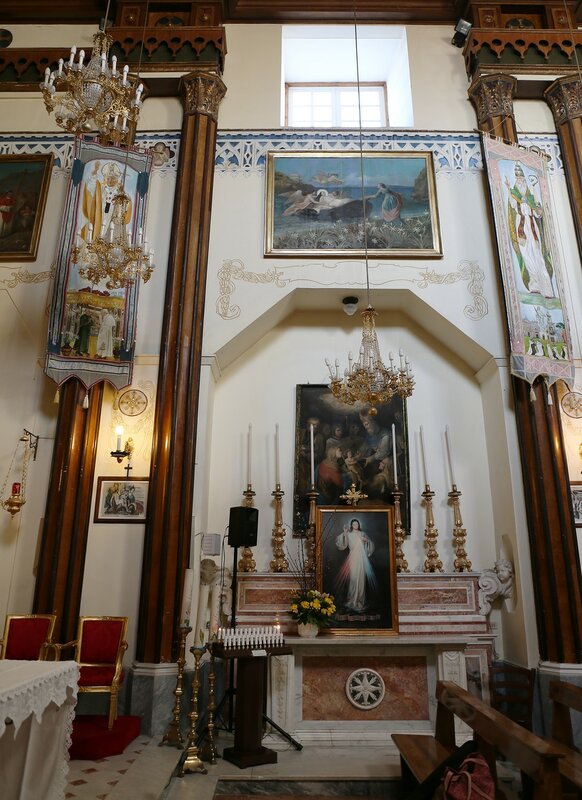 The church has a museum founded by the rector of the Church, father Pietro Monti in 1951. On his initiative, excavations began on the site of an early Christian Basilica, an ancient altar and a crypt were discovered, where the relics of Saint Restituta, an ancient Greek pottery workshop and an early Christian necropolis were kept. Now the top floor of the Museum is occupied by a collection of Church paintings, sculptures and utensils of different eras, and in the dungeon there is actually an archaeological zone. 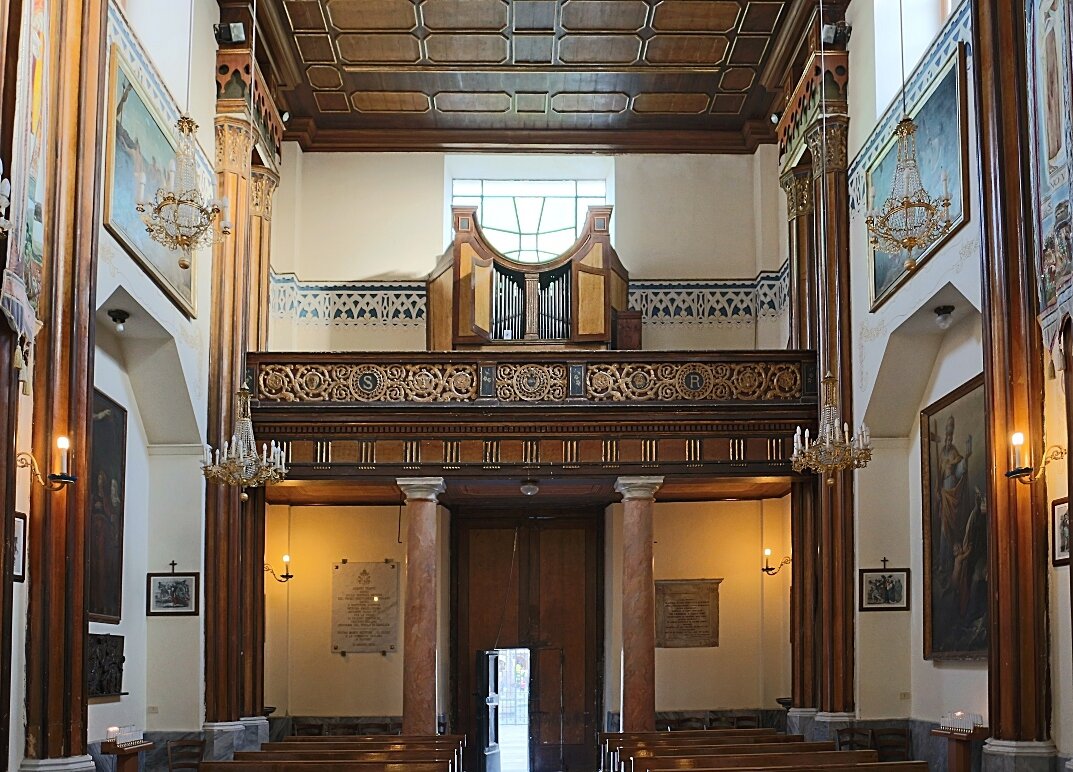