A Walk up the hill to St. Vitus with the same Church and Torrione Tower, I went back to the center of Forio. Since you have to walk twice on the same street I consider a waste of priceless terramani, from the temple I took the left, and plunged into the maze of streets of the old town, known since the early middle ages as a quarter of Tuokko. In the near lane, Vico VI Casa di Maio ("the 4 lane at home Mayo"), as promised, the Navigator, was the little chapel (map). 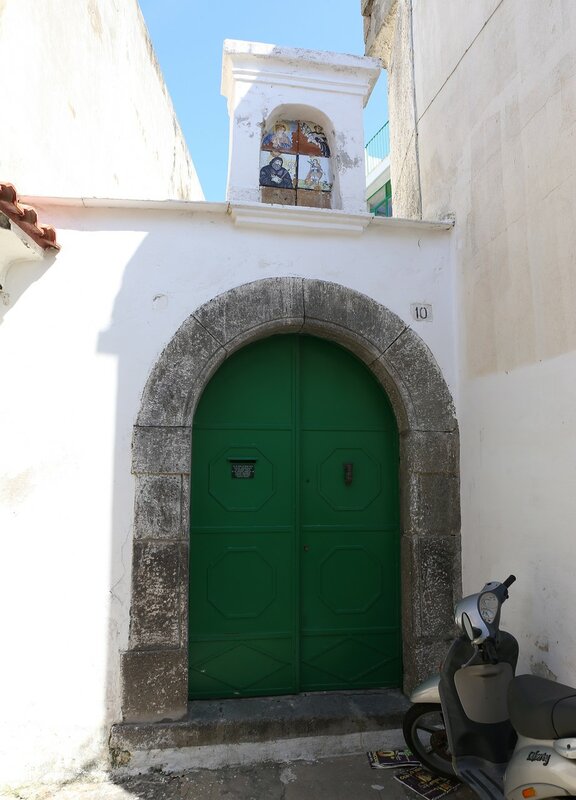 No information about this chapel could not be found, it is possible to note only the remains of the ceramic panels with saints in a niche in the pediment. 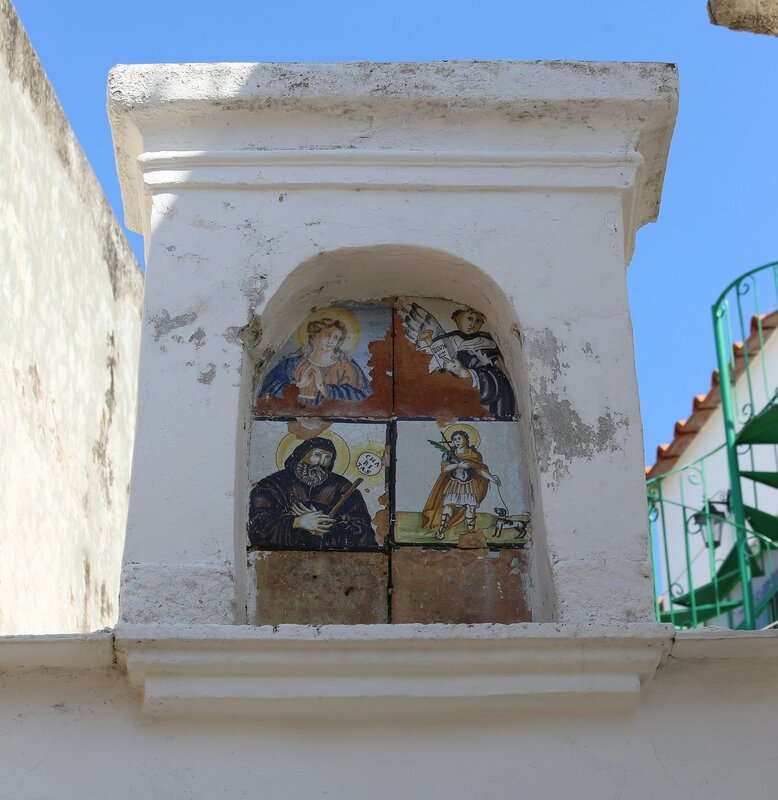 Then the road led under the arch with round wooden beams, to pass through the house, which is three hundred years, no less. 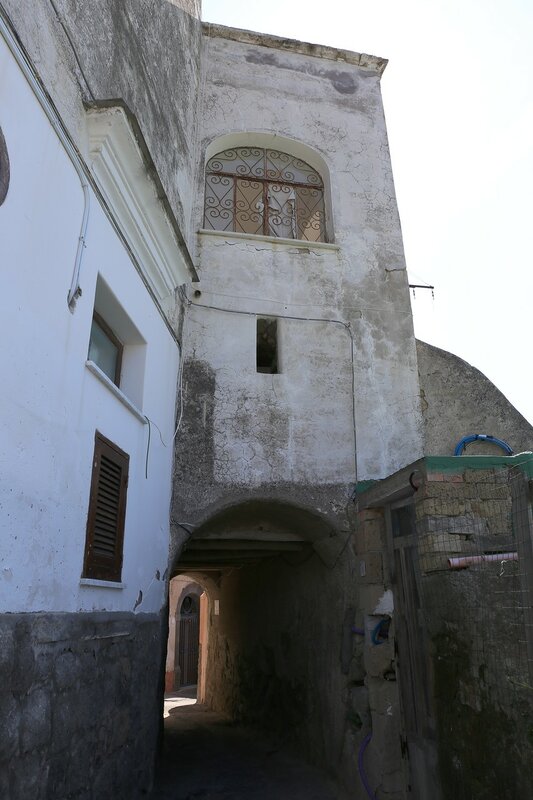 after a hundred meters was the Navigator showed another one, which turned out to be "Holiday centre" and guest house of the Salvation Army. 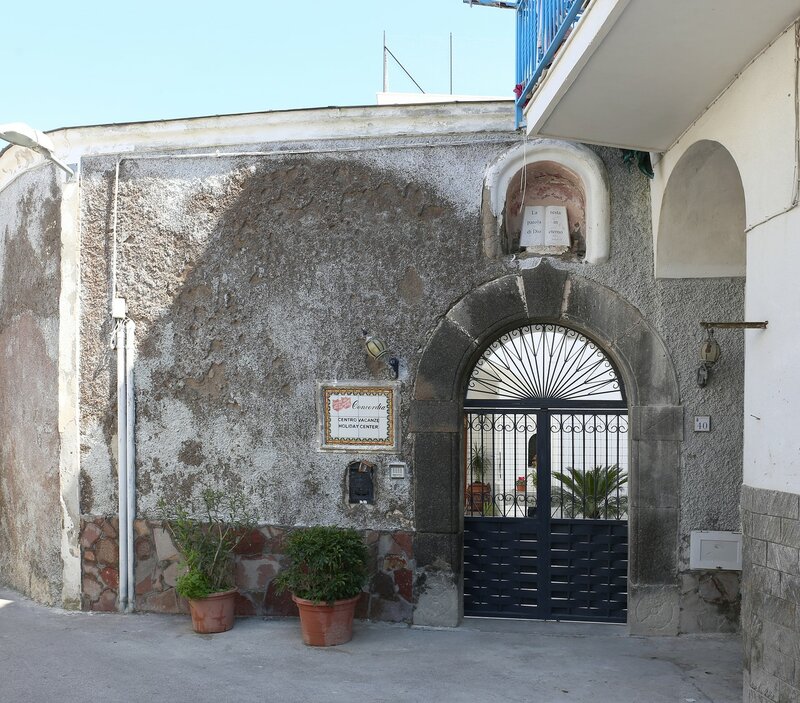 Street a couple of times to change the direction, and I was in Via Sant'antonio Abate. Here I drew attention to the wrought-iron mailboxes and handpainted signs with the house numbers. 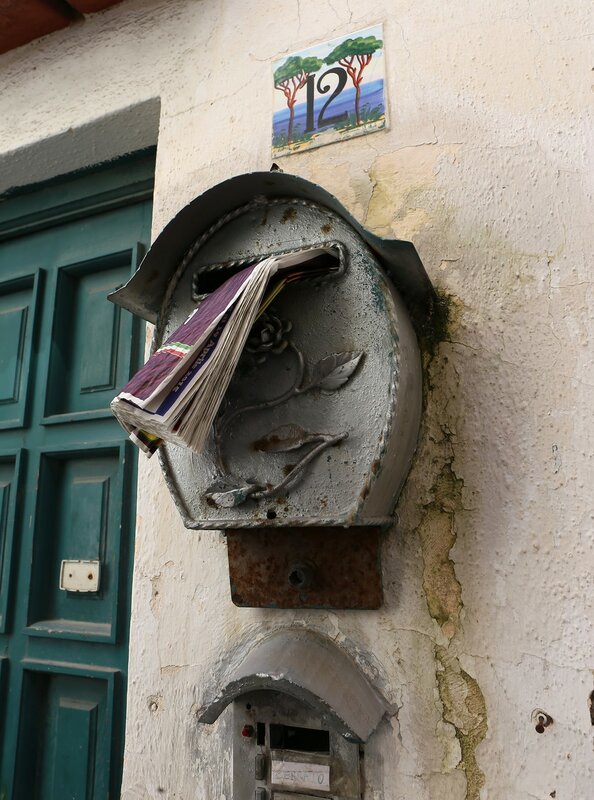 Looking lane going right, I saw the round tower (map), one of 16 the fortifications of Forio, as I described in a previous article. Honestly, I was too lazy to come closer to her, as adopted for modern pumping facility. 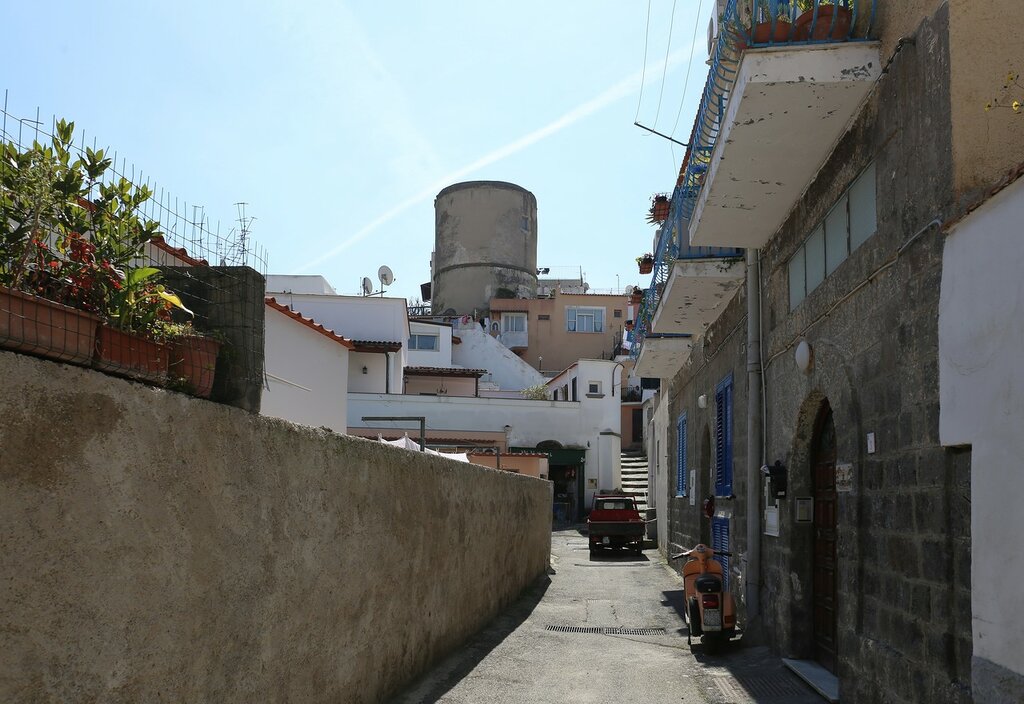 After a quarter, I looked into San Sebastian Church. 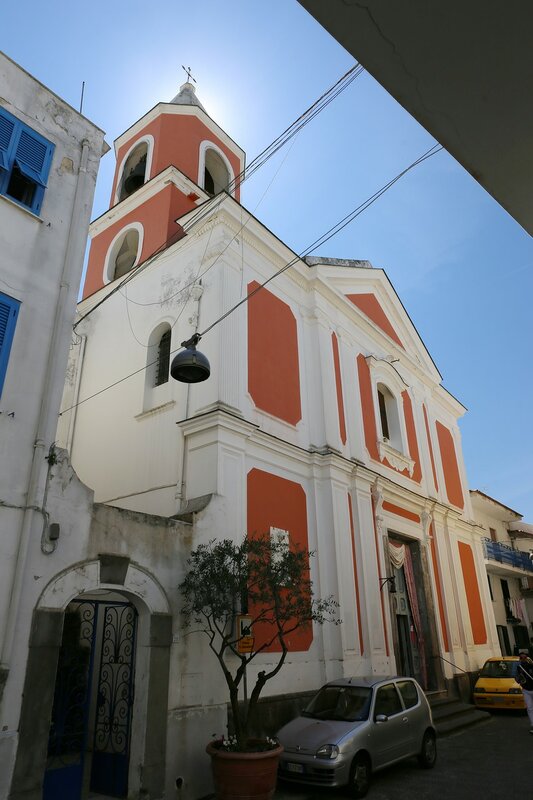 Near the building of the municipal police stood almost toy patrol cars. In resort towns Campaign such emergency vehicles are common - I've met them on Capri and in Sorrento - many streets of the old quarters on a normal car easy to drive. 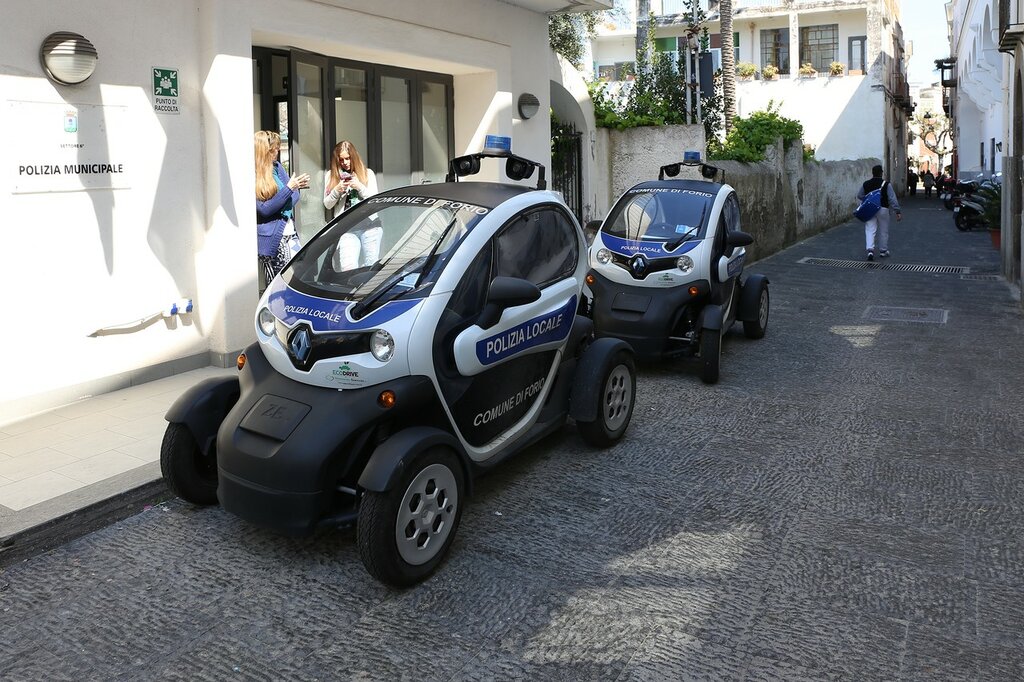 Finally, at the end of the street seemed lively Piazza Matteotti, the heart of the shopping and restaurant life of Forio. 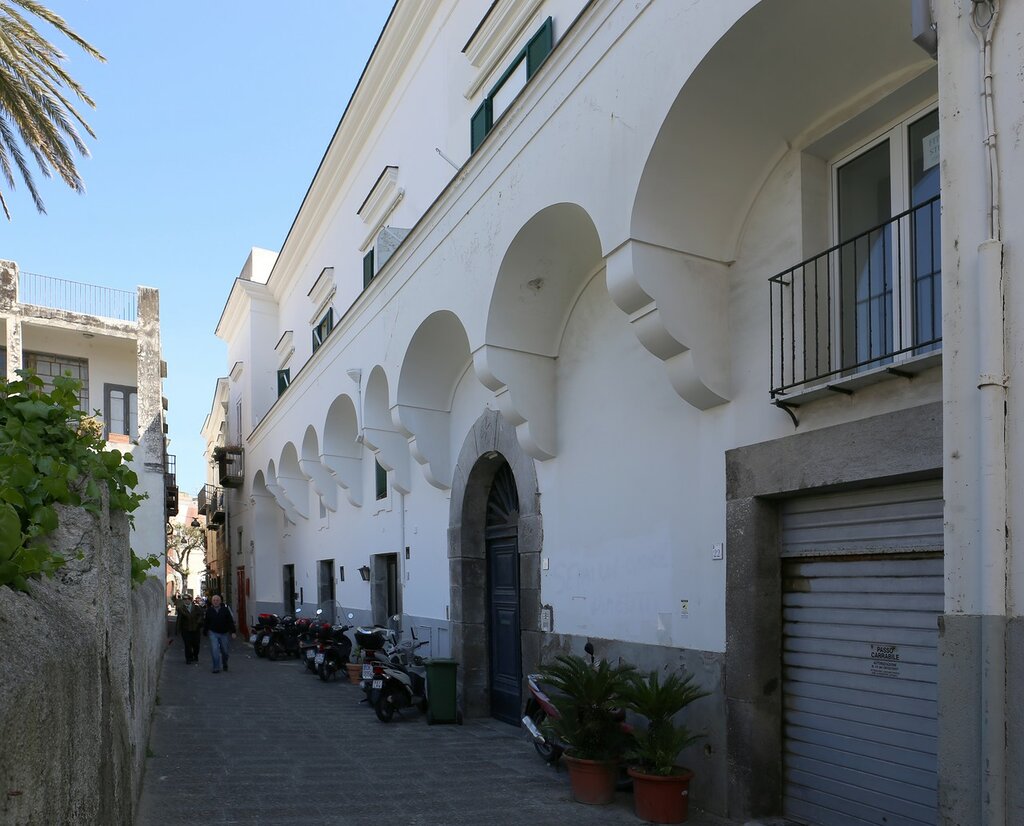