Walk along the Maronti beach

From the Aphrodite-Apollo thermal park, I went down to Maronti beach, which stretches for 2 kilometers. 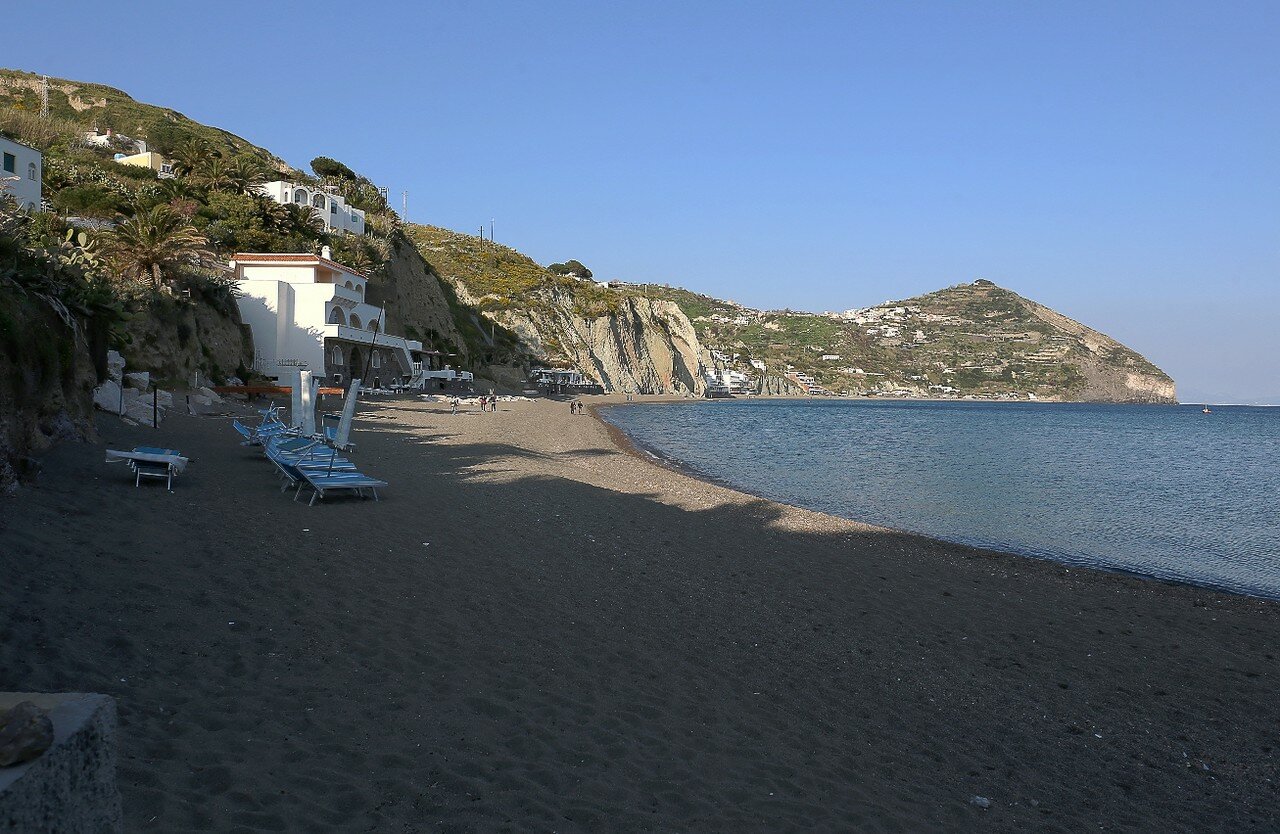 Here I again ascend the high Bank, on the slopes of which are located small cozy hotels. 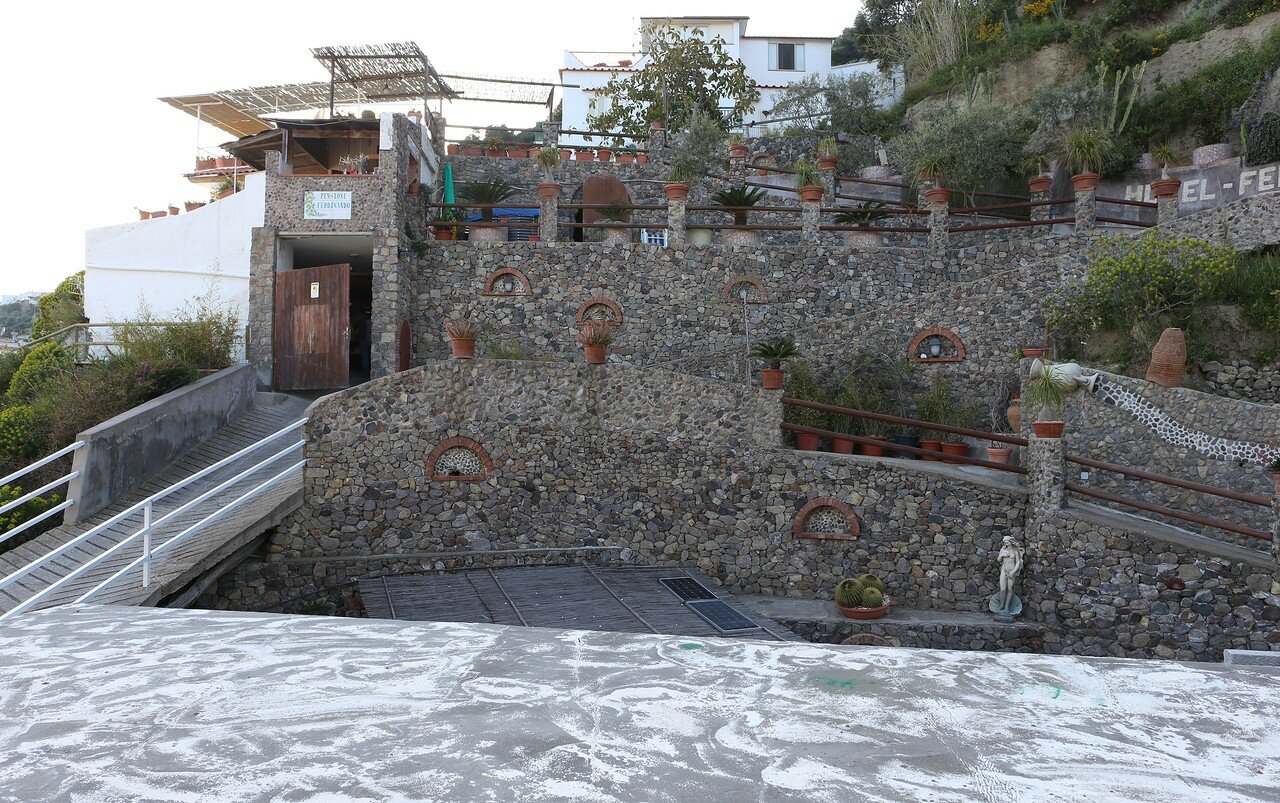 From the road you can see the top of Monte Epomeo, the slope of which cuts through a deep picturesque gorge. There is a trekking trail along this gorge that descends from the town of Serrara. this route should be highlighted for a separate walk. I met a lot of people, equipped for walking on mountain trails. 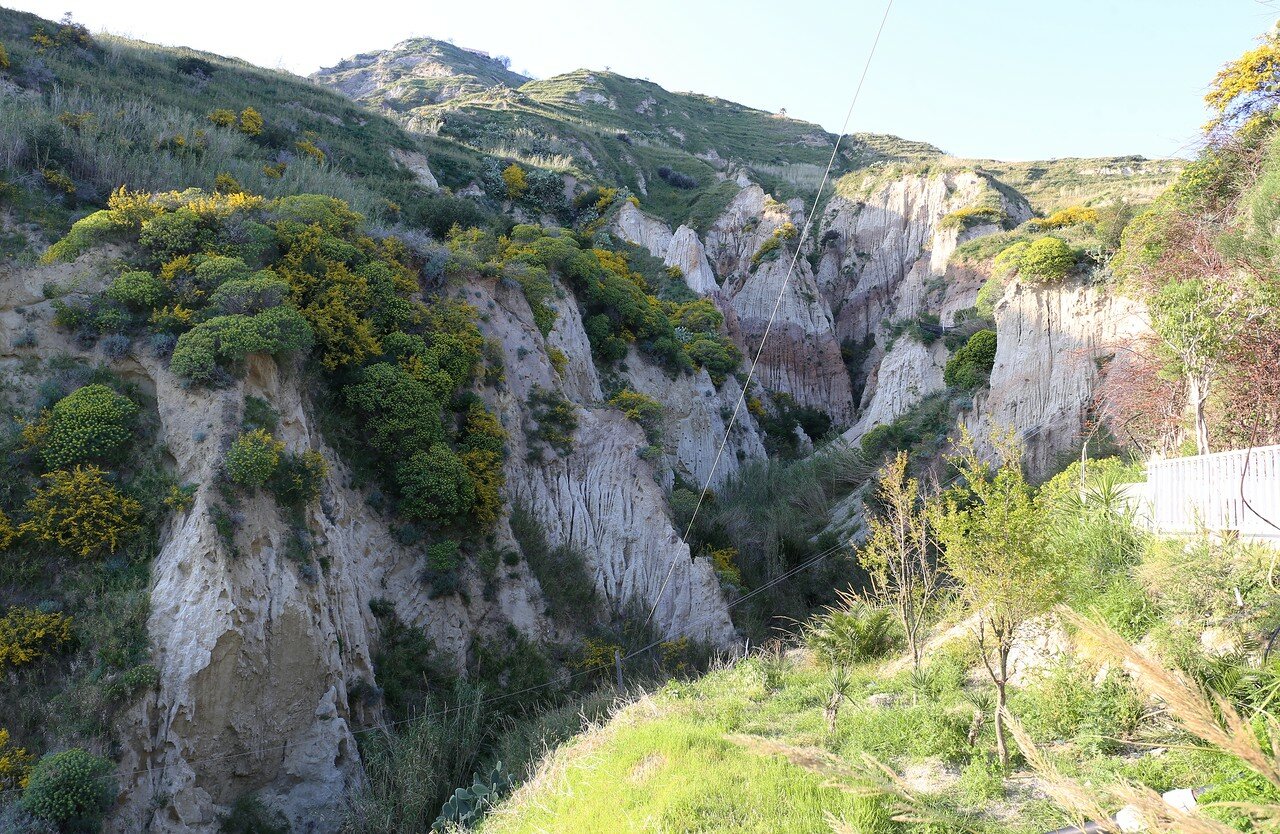 Here civilization ended and the road turned into a donkey trail running along the cliff. 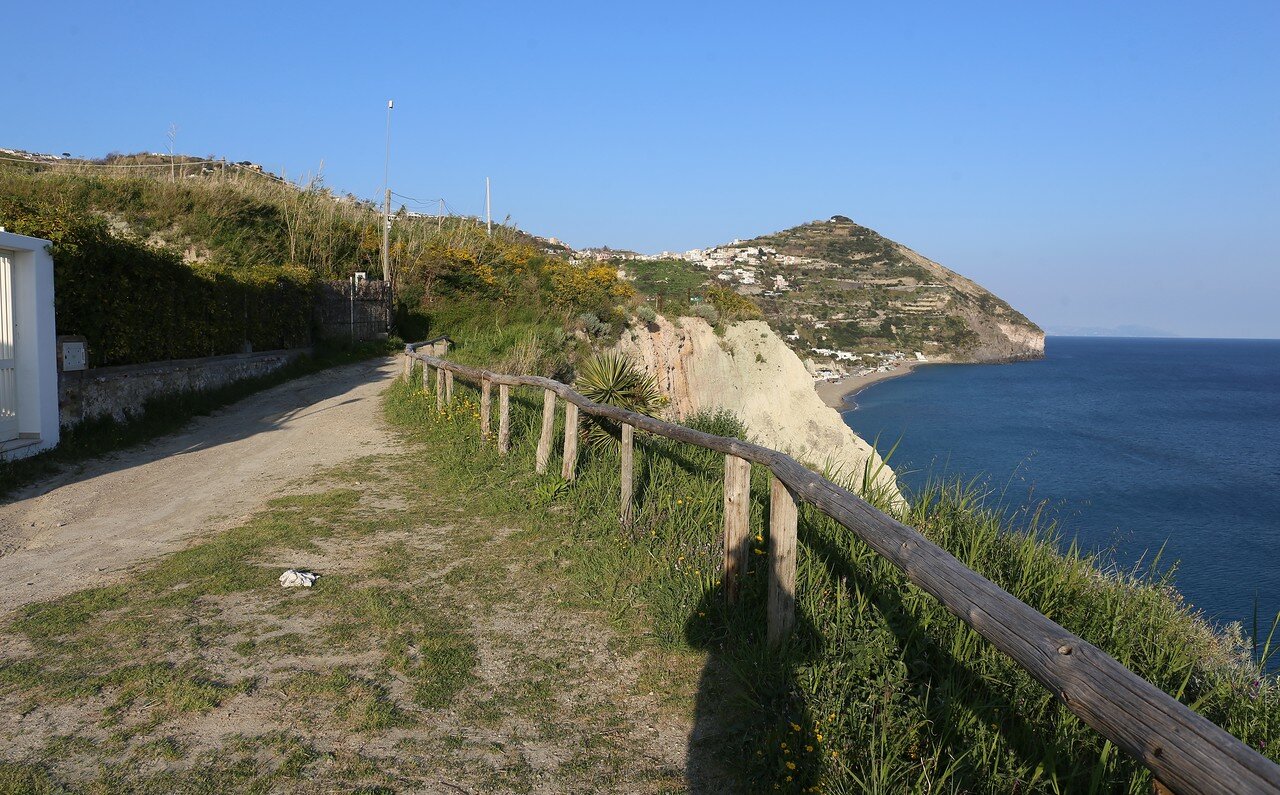 On the rocky cliff that divides the beach into two parts (you can't walk along the shore here), there is a platform that offers a wonderful view of Sant'Angelo (on map). 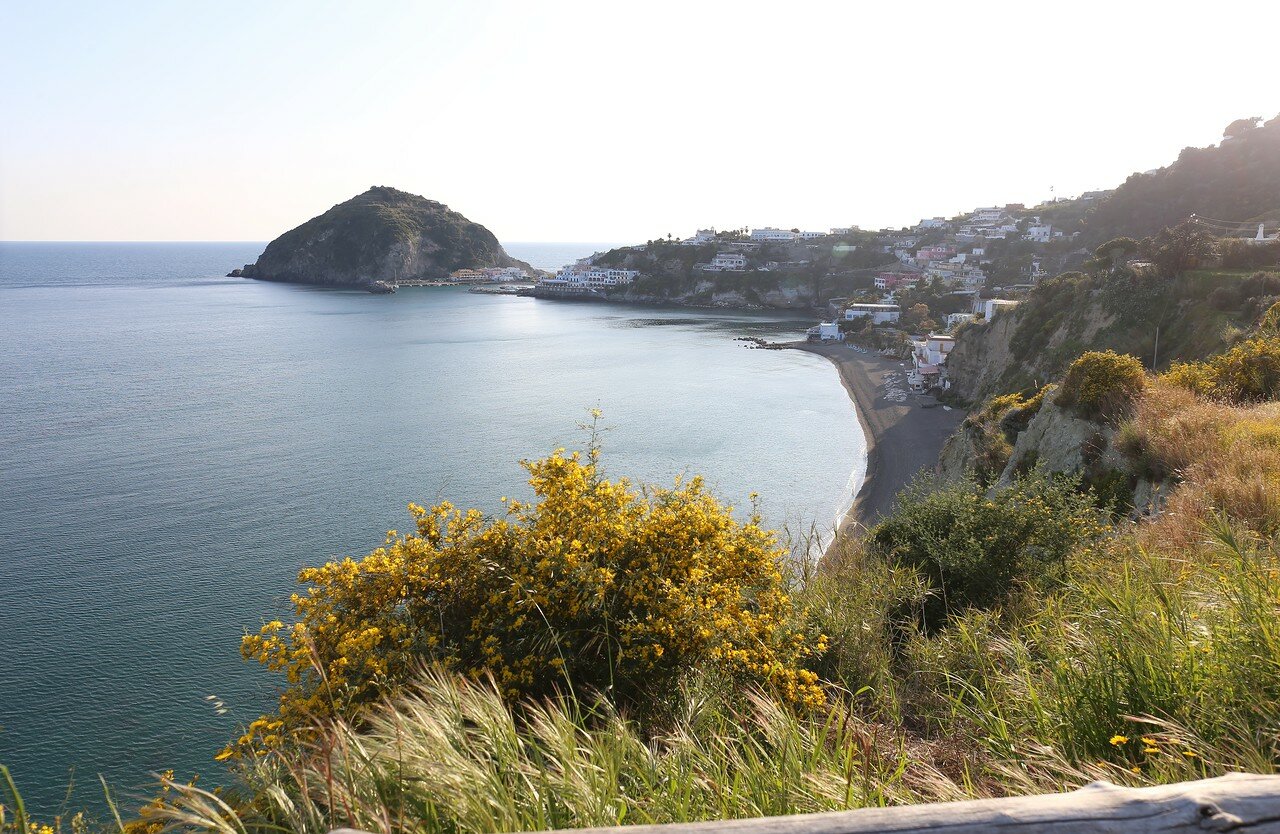 At the hotel Vittirio, the road goes into a narrow tunnel cut in the tuff rock, and then goes down very steeply. So cool that I even forgot to take a picture of such an interesting place and was once again glad that I was not too lazy to carry tracking sticks all day. After several sharp turns, I found myself at a crossroads - one path went up again, the second went down to the beach. 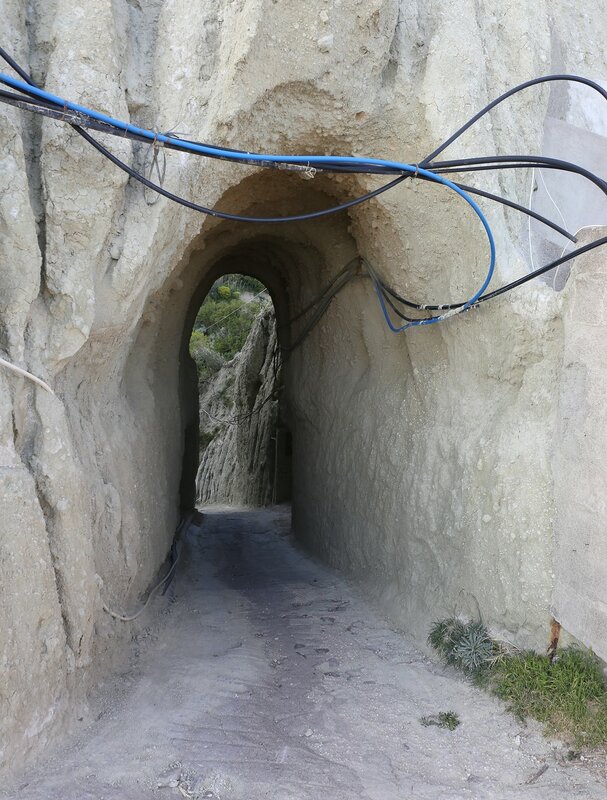 My navigator showed the presence of a path running above the beach, but what was its terrain and condition, it was impossible to know. The sun was going down, and darkness is coming very quickly here, so I didn't try my luck. I was not at all attracted by the prospect of being in the dark in a completely unfamiliar area - the path, although it was quite trampled and well-maintained, but I did not notice more than one lighting device on it. 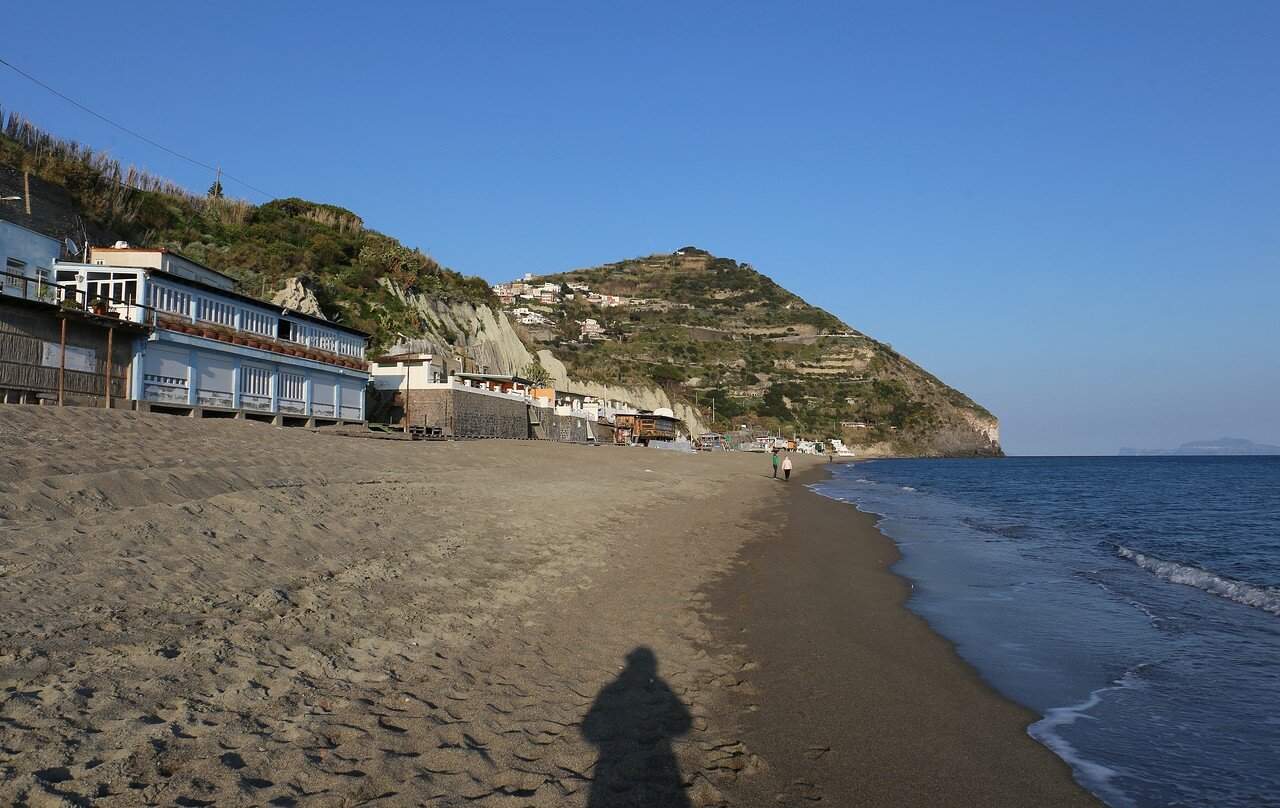 So I went along the sand, hoping to meet the sunset on the most beautiful road of the island - the serpentine Via Maronti, which rises to the village of Testaccio on the slope of Monte Cotto. 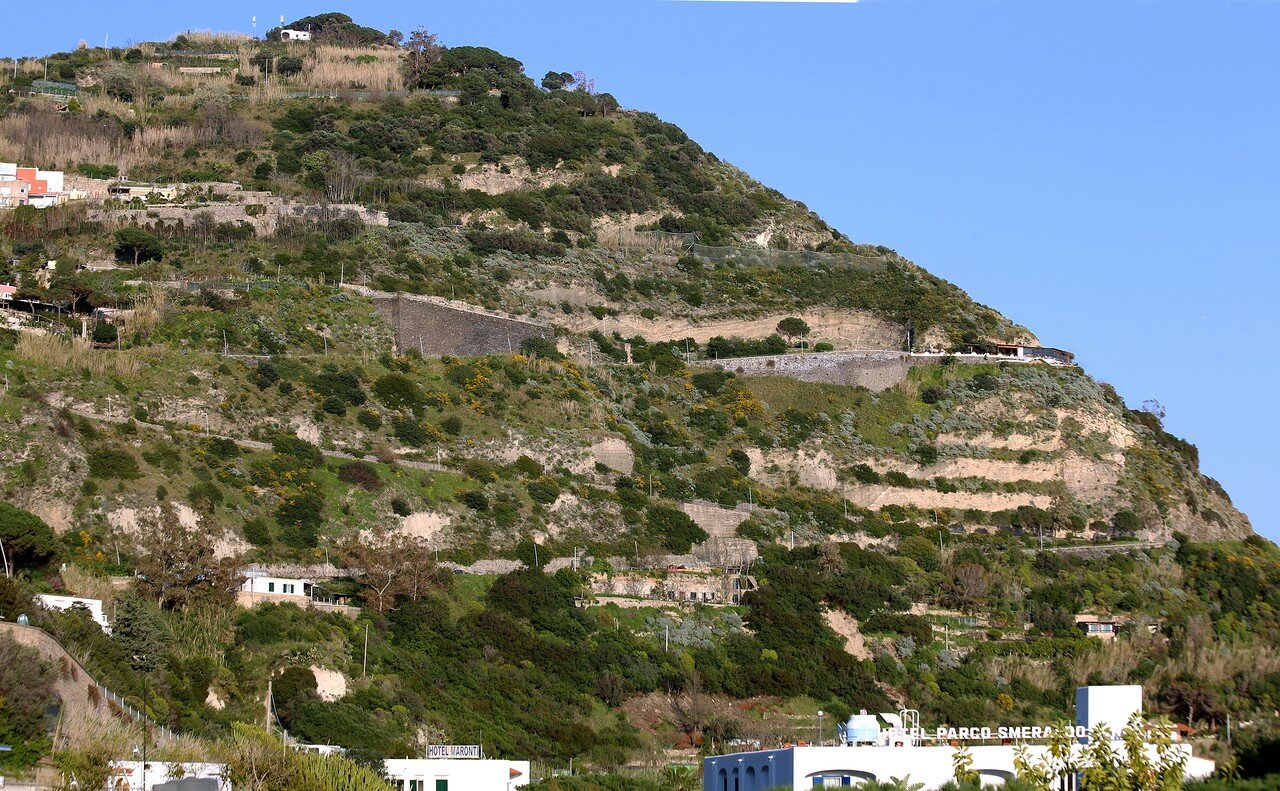 But when I reached the Olympus thermal Park, I had no desire to climb the mountain road - a kilometer of loose sand took all my strength, and I was glad to see the bus stop. A line 5 bus (route map) runs from Ischia Porto to Olympus Park, and it was just descending the mountain serpentine. From the bus window to admire the views of Via Maronti, too, did not work, so the bus famously laid bends that you had to hold on with both hands. 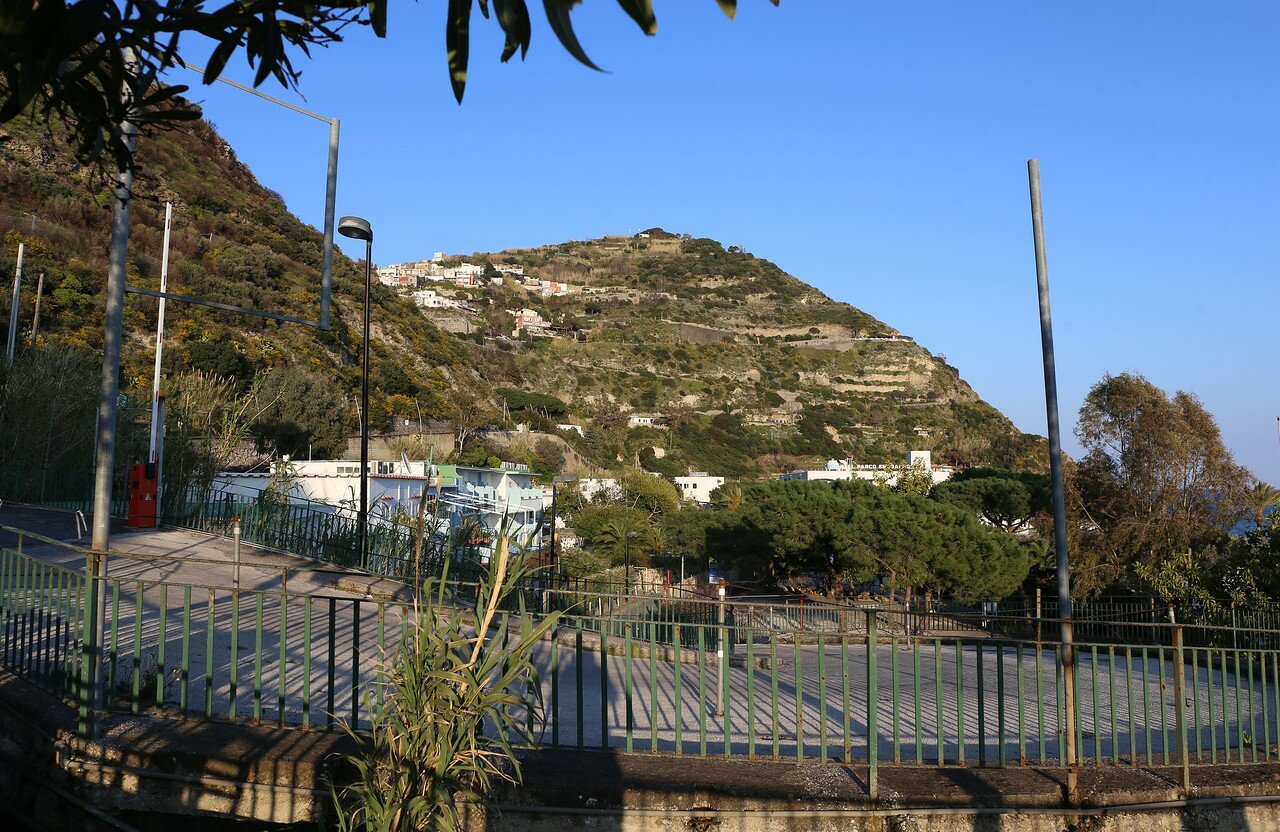 And finally, I advise those who decide to take this route-it is better to take it in the opposite direction and Shine a light on it all day: take the bus to Barano, walk there, walk to Testaccio, then go down Via Maronti. Well then you already know...