Having got out of the impasse, which are in abundance branch off from Via Cartaromana, and completely entangled in them, with the help of local residents clarified our position and learned the way to the beach. 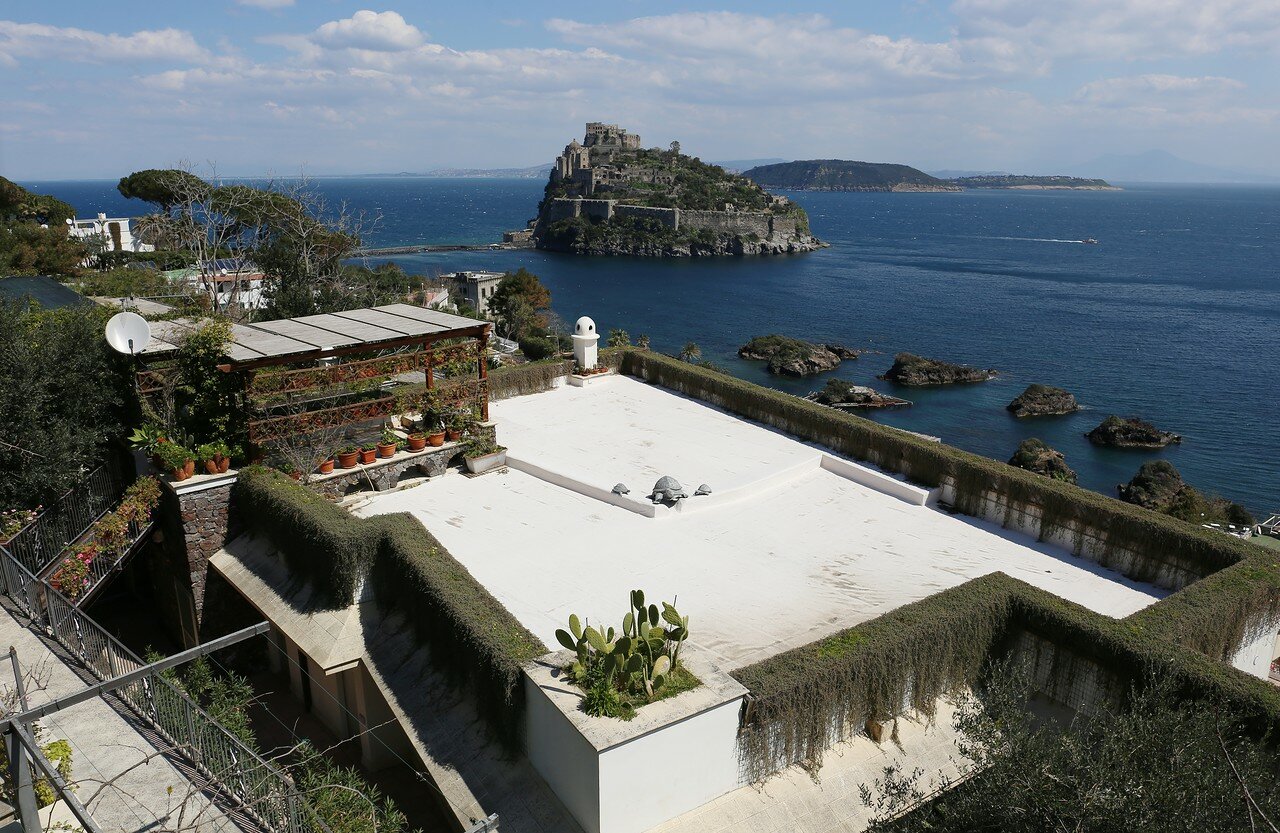 The place where we turned out to be called "Belvedere Cartaromana" (map), here is really a wonderful view of the Aragonese castle on the background of the Vivara island, bottom right is the upper part of the tower of Michelangelo. 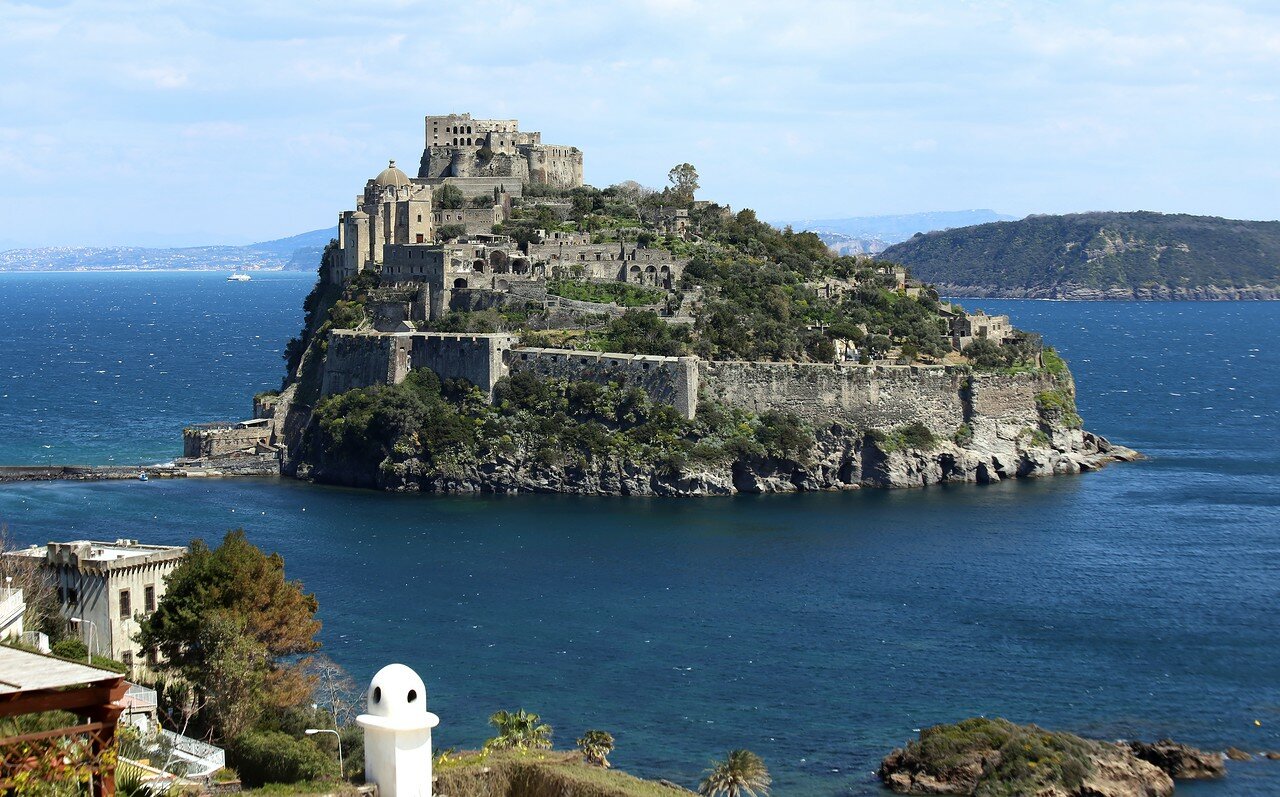 From Belvedere to the beach led the branch of the same Via Cartaromana, but as it turned out, it was a little like the street - it was a stone staircase, clamped between slopes covered with flowering greenery slopes. 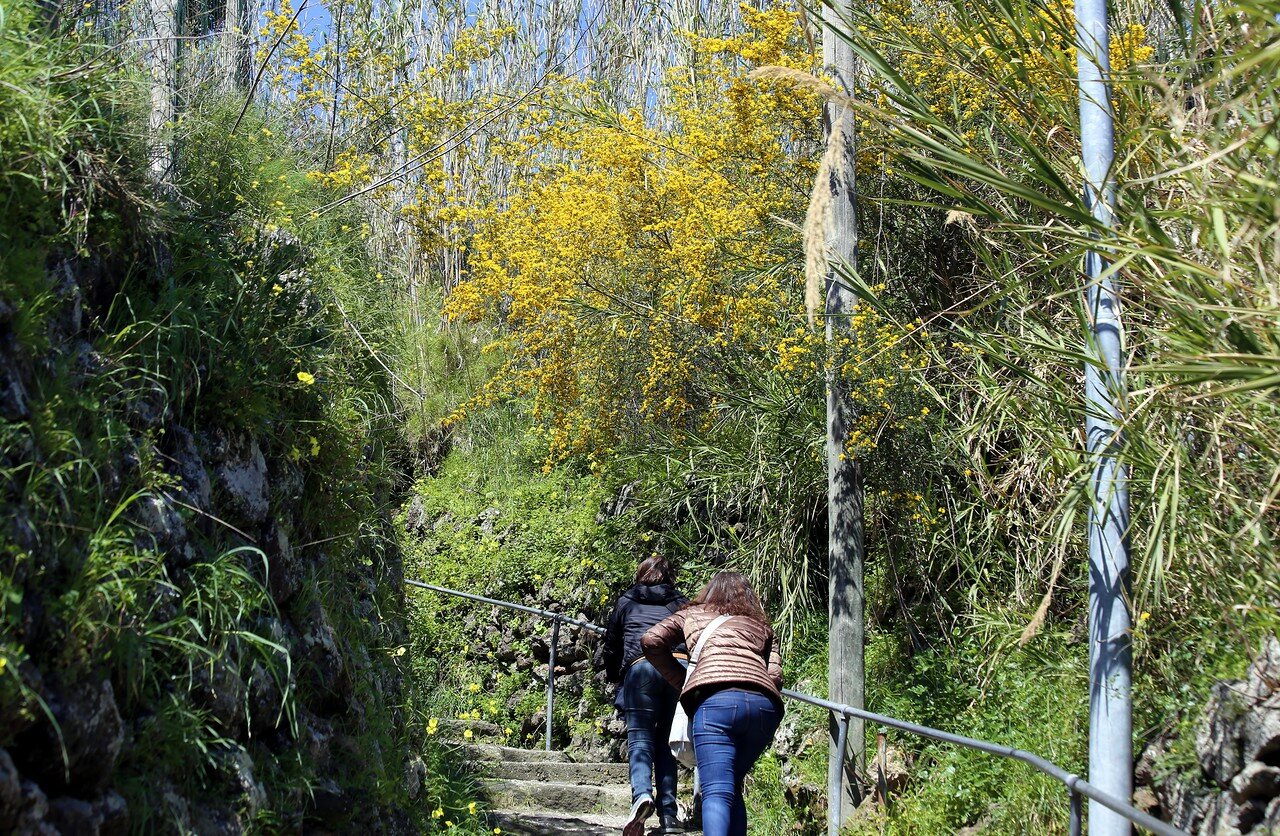 The Cartaromana beach (на карте) it turned out to be a narrow strip of sand, over which hung a high Bank. 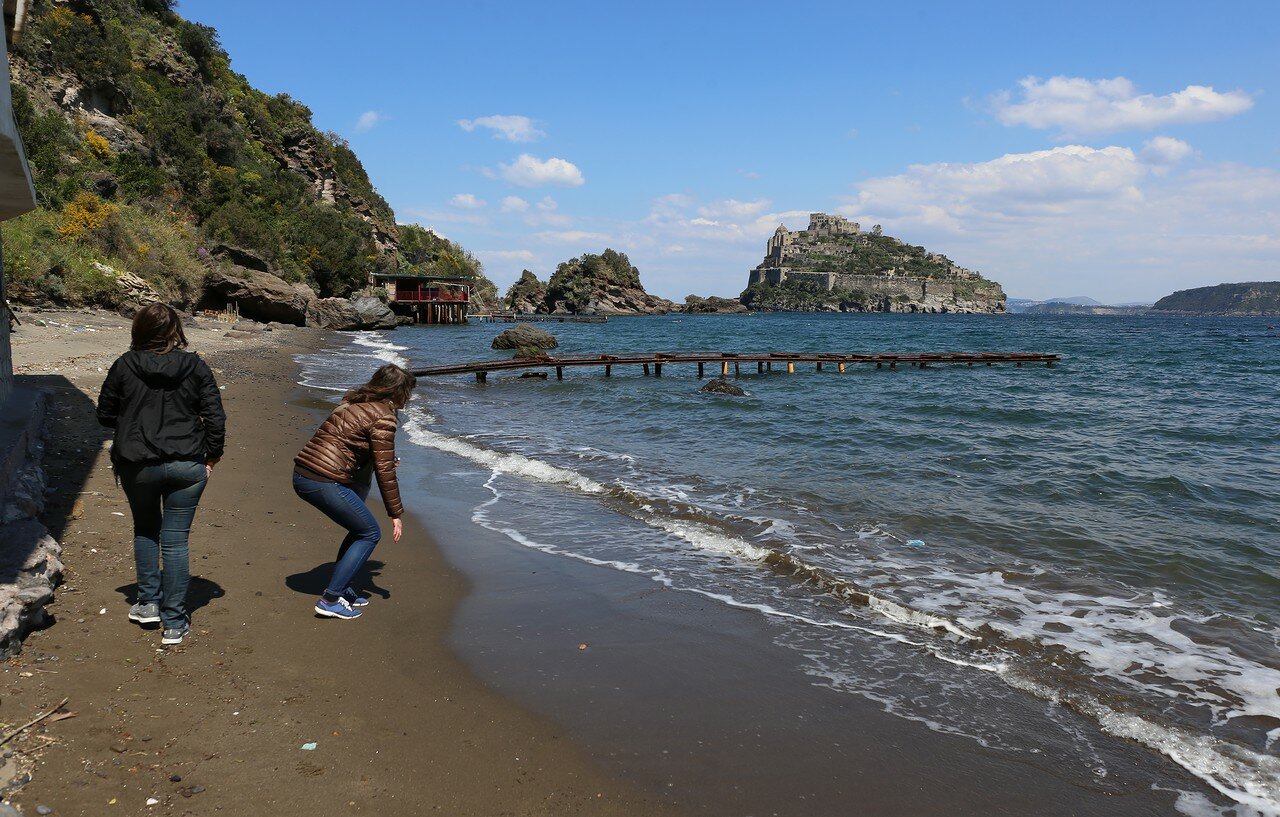 On a rocky cliff hang signs warning of the danger of rockfall. 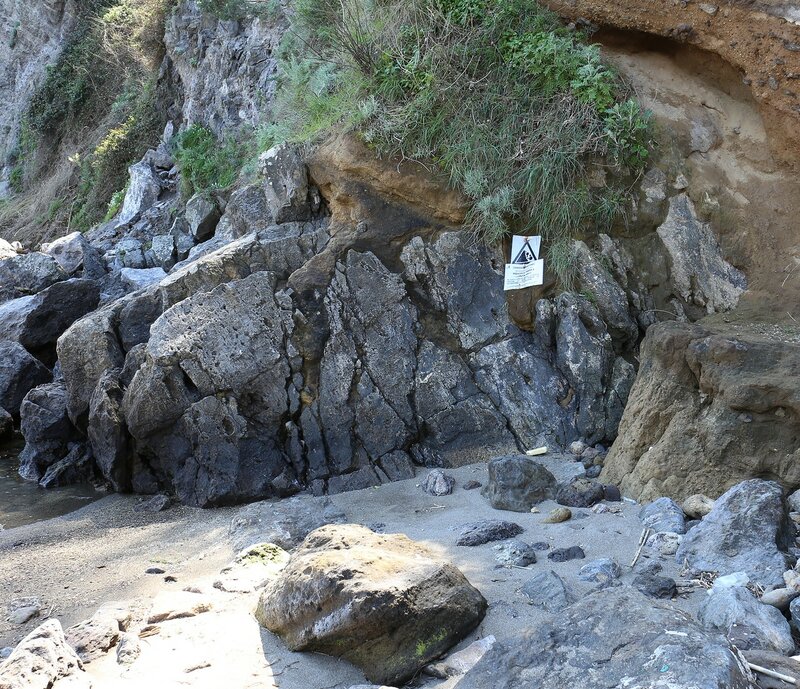 The breakage itself is very picturesque and resembles a layer cake. 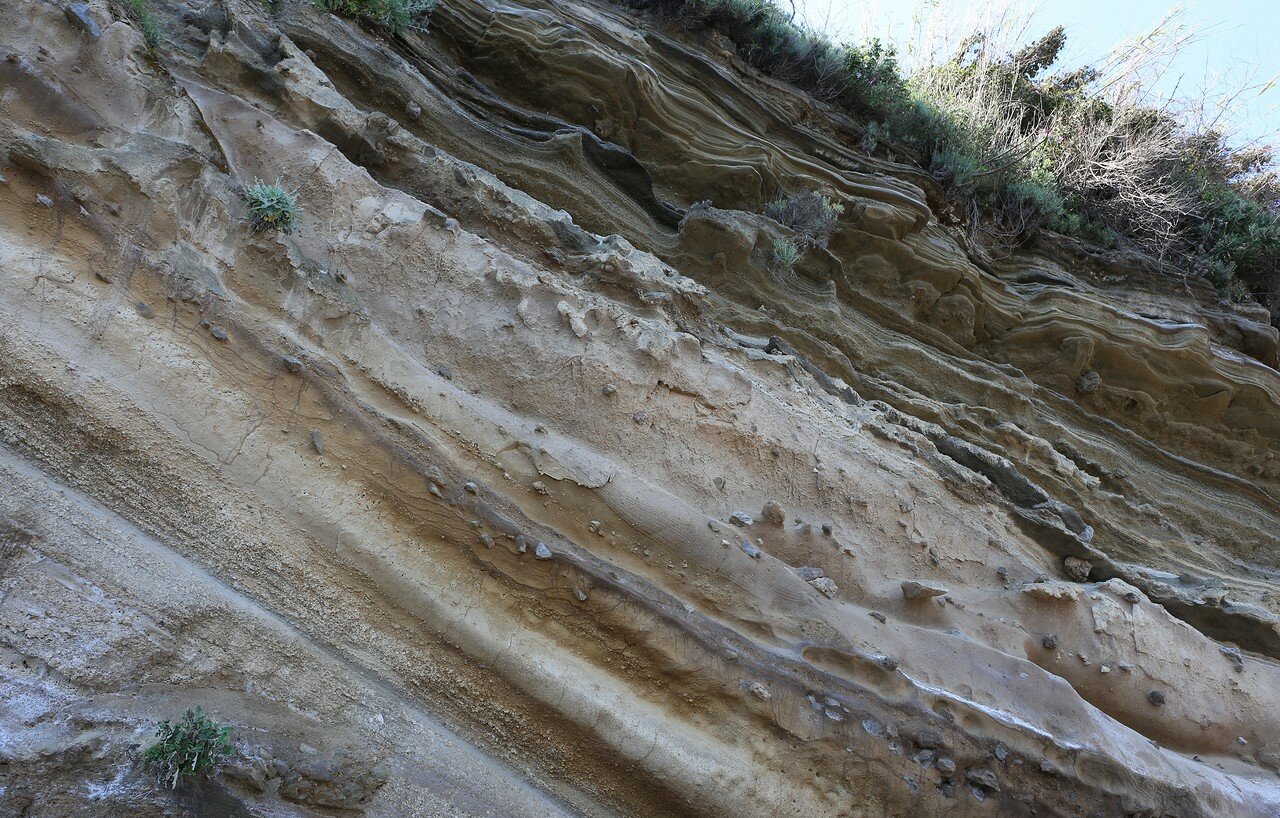 This structure was formed as a result of numerous eruptions, when lava flows, flowing into the sea, lay on top of each other. Over time, the sea waves washed away the soft tuff, resulting in such bizarre forms. According to these blurred layers can be seen that for 30-40 thousand years since the formation of the island, the sea level has decreased significantly. 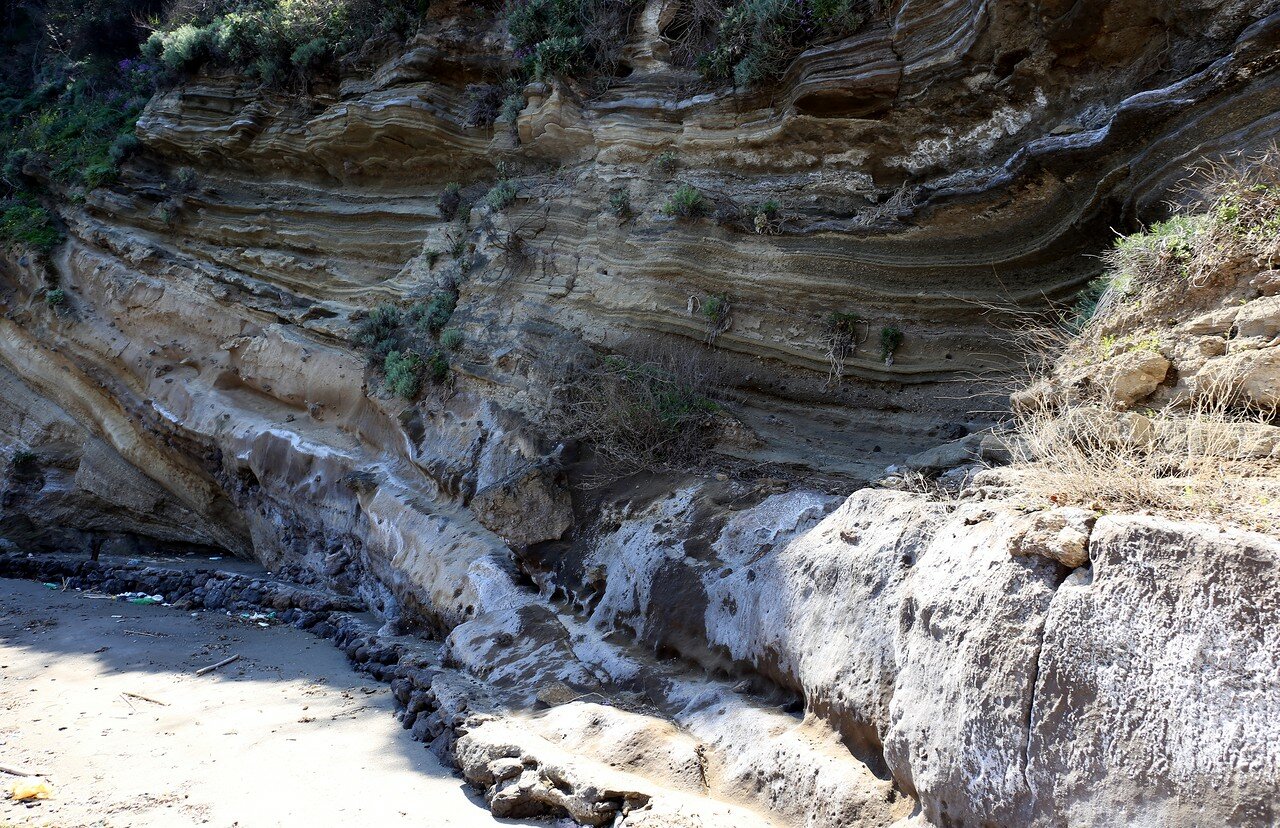 In the season, there is nowhere to fall an Apple-I can believe it, because this is almost the only place on the East coast, accessible to "savages", all other beaches are located on the territory of hotels. Now the beginning of April, and the beach is naturally empty. Cartaromana beach is especially popular among divers - it is common to find archaeological objects. In summer, it can be reached by boat from Porto di Ischia or from Ischia Ponte. From Ischia Porto there are buses here  C12 и С13 lines. And walking distance from the centre can be reached in forty minutes, unless of course, you know the way. 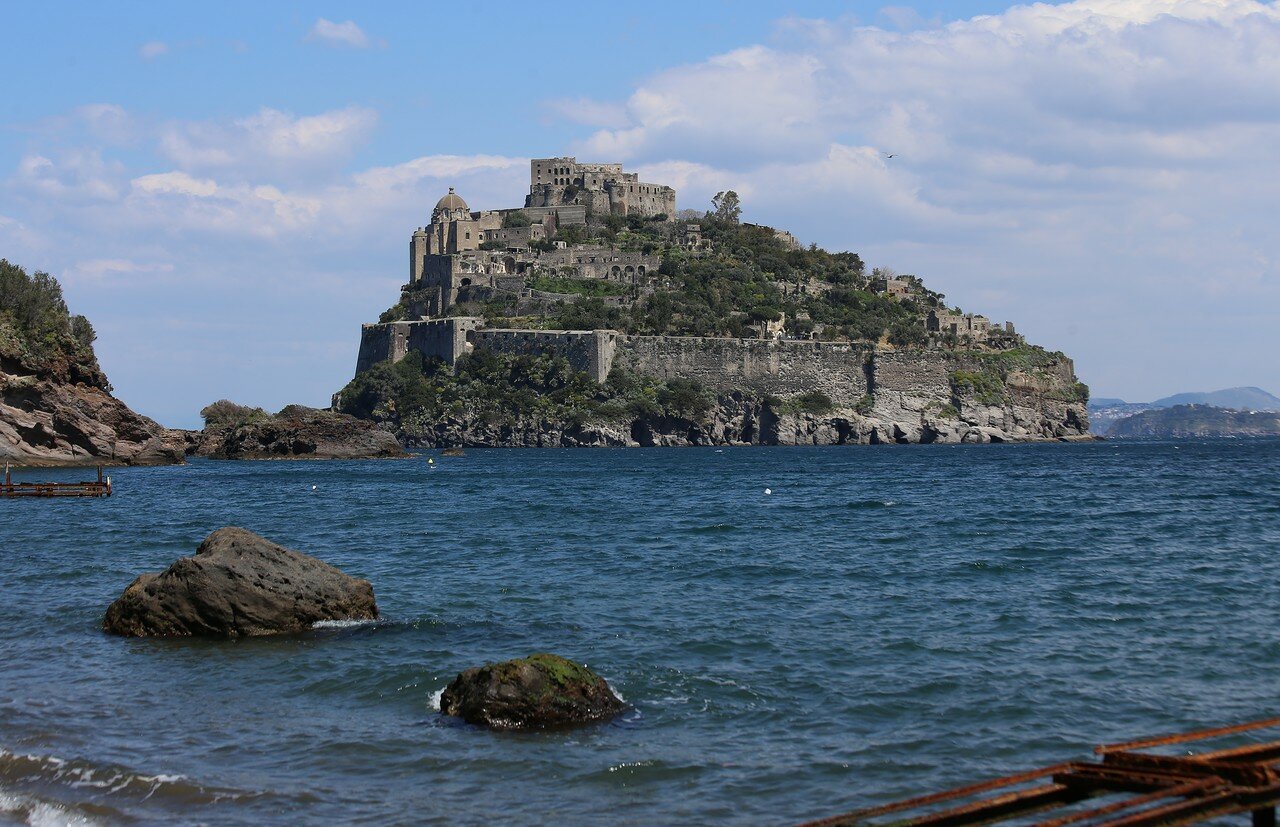