After lunch I went to the most southern point of the island, to the beautiful town with name Sant'Angelo. In the town go the ring route buses CS and CD, from Ischia Porto you can take any (Ischa bus map). If you look at the map, clockwise (line CD) it's a lot closer, however, this segment passes through highland part of the island so it turns out that the "curved road is nearer". Actually, both routes takes the same amount of time, I took the bus that went earlier - CS. The trip took 25 minutes, in the village Fiorentino bus turned off the ringway and got down to the sea.

The bus not reach a little to the town, the passengers get off in a very picturesque place. People with suitcases took direction to the stairs leading to the upper part of the village, where there are many small snug hotels, and I did these photos. 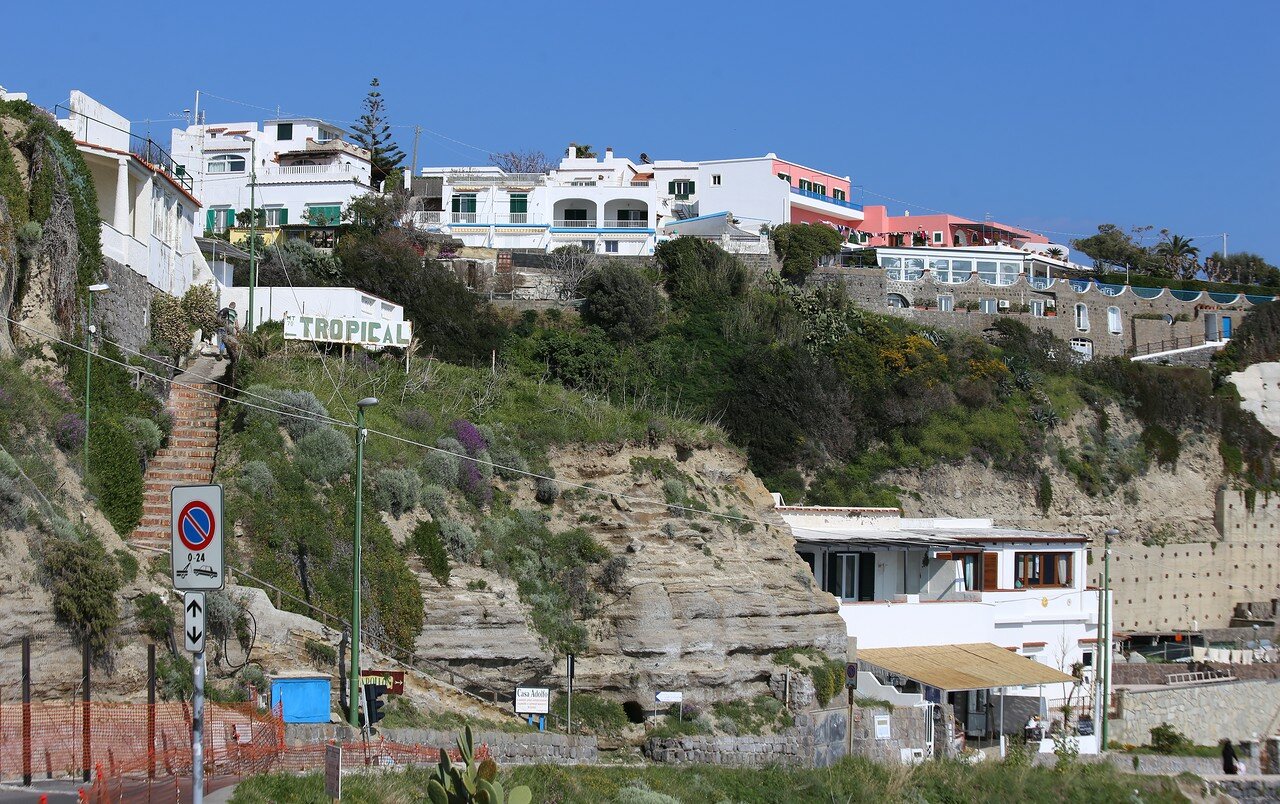 The place for shooting was really favorable - both in terms of panoramic views as and illumination - not for nothing advise go here in the afternoon. 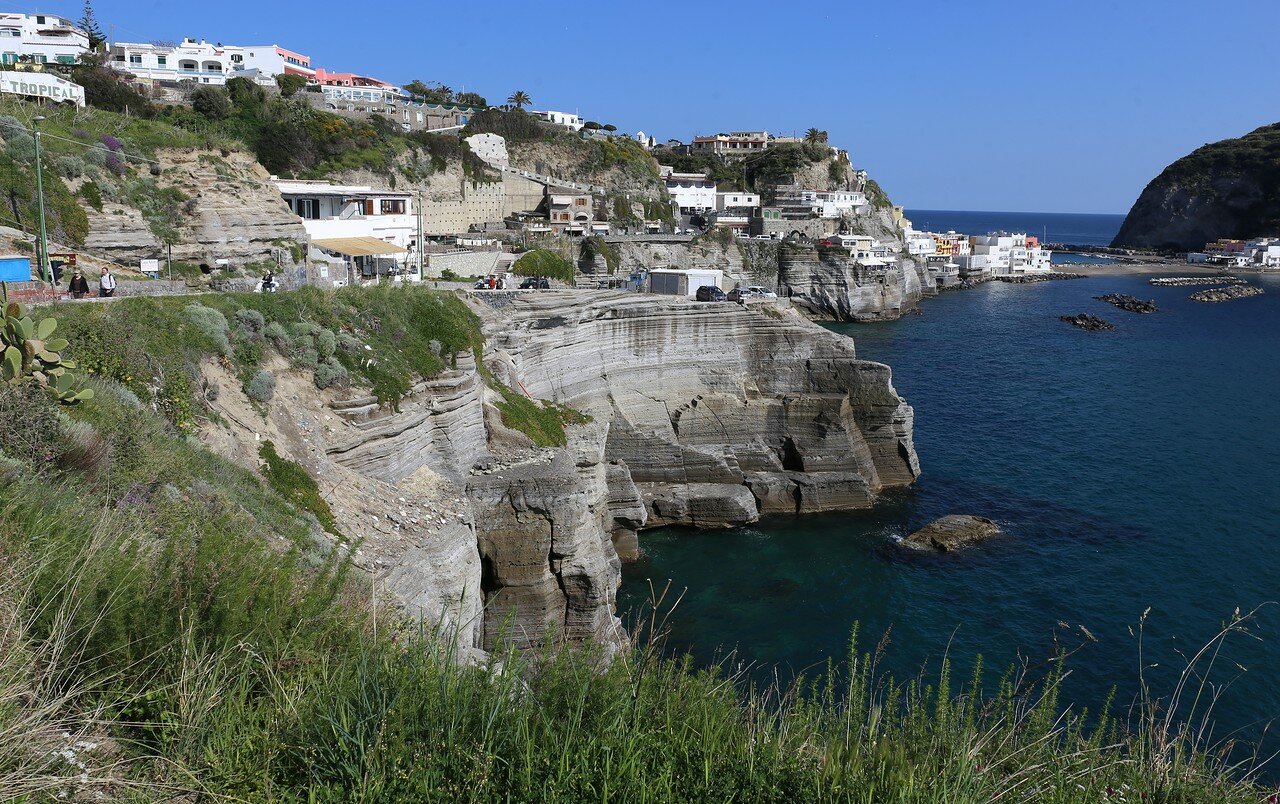 Naturally, the first thing was shot panorama, which included the entire village, the harbour and the rock - a symbol of Sant Angelo village.

The tuff cliff has height of 106 meters and connected with the mainland by a sandy isthmus, the length of about 120 meters. 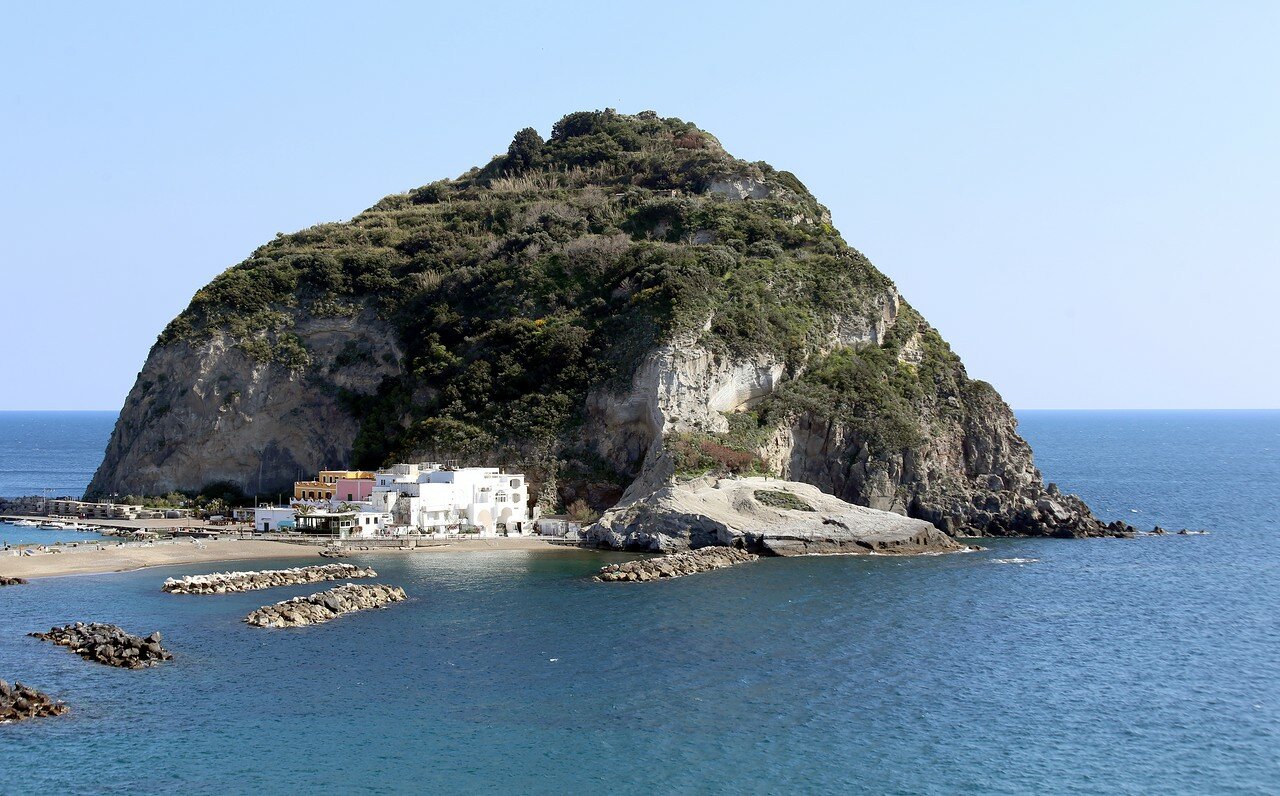 Jumper forms two convenient bays, protected from the sea by massive rock, and in this place in the times of the ancient Greeks settled fishermen. 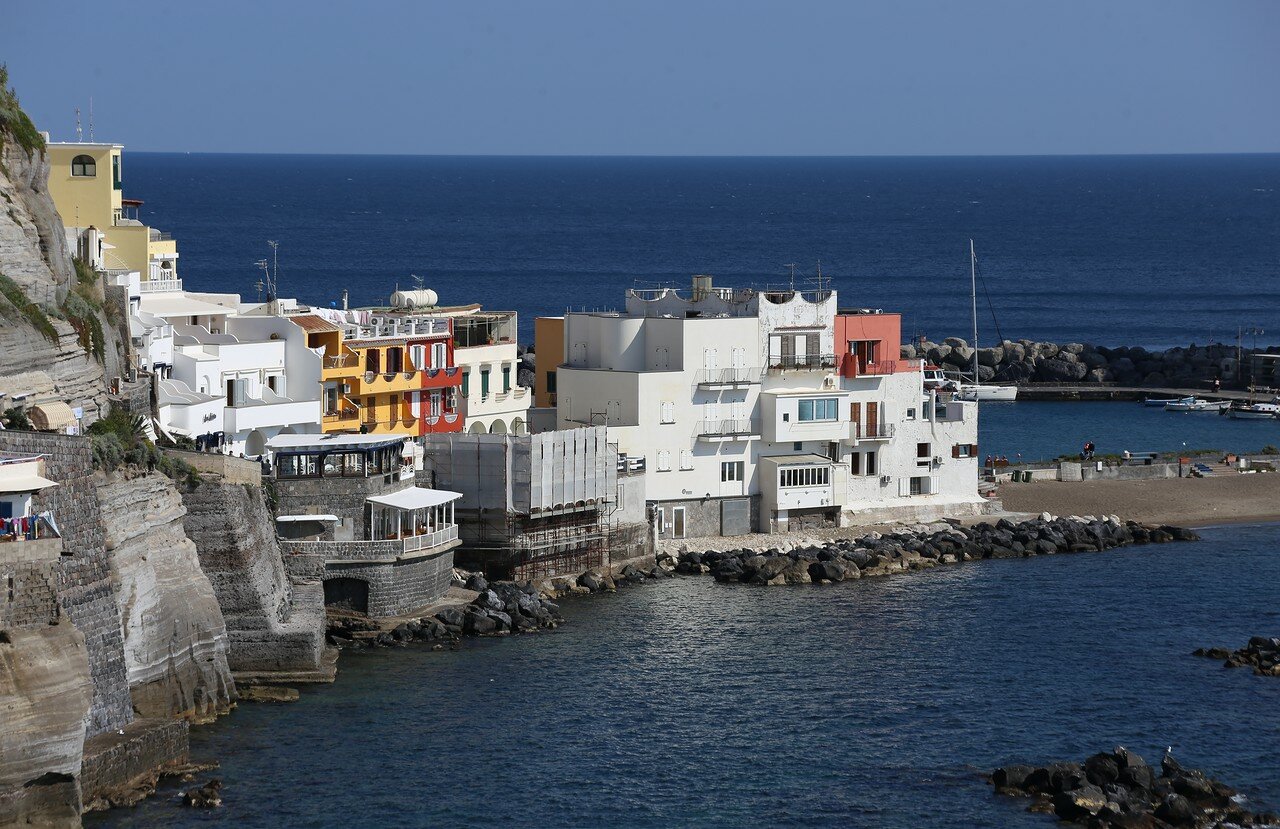 Looking in the opposite direction, you can see the double hump of Punto Chiarito cape, behind him stands the Capo Negro - "black ness". 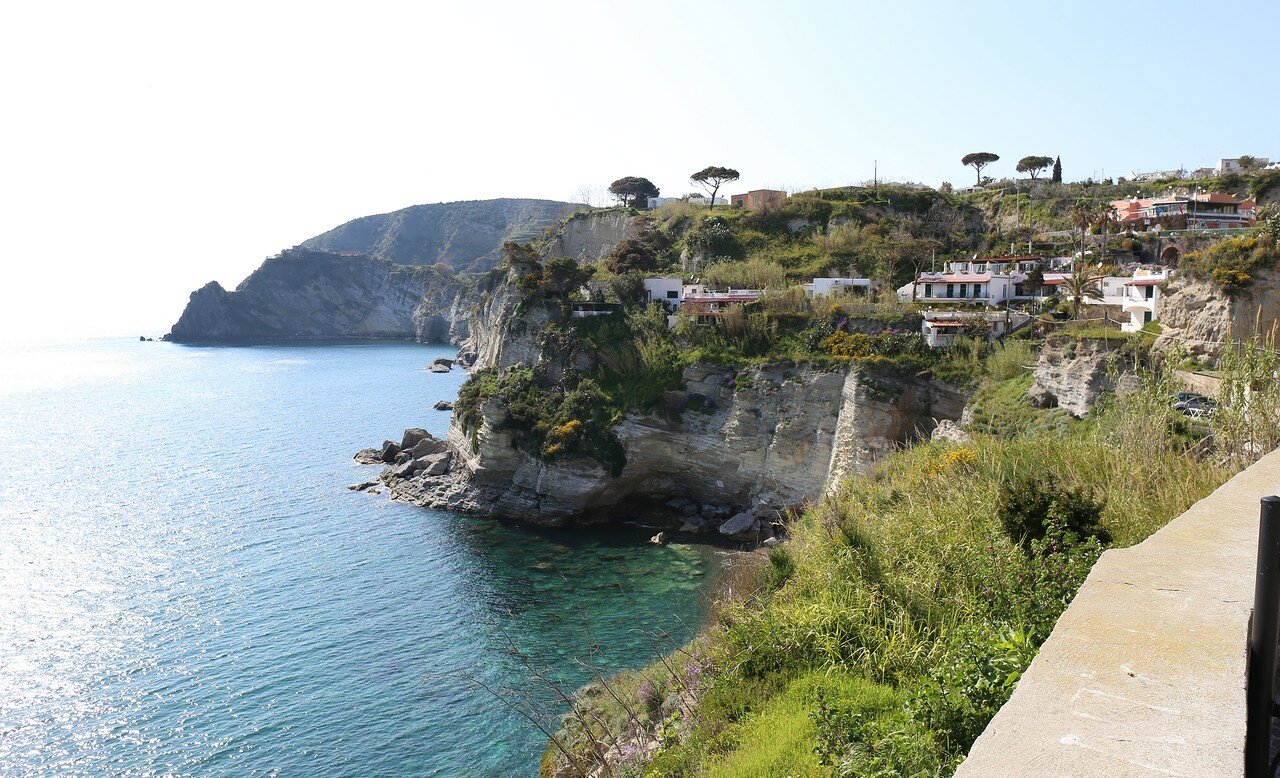 Below is the steep precipice, the surface of which resembles a layer cake. 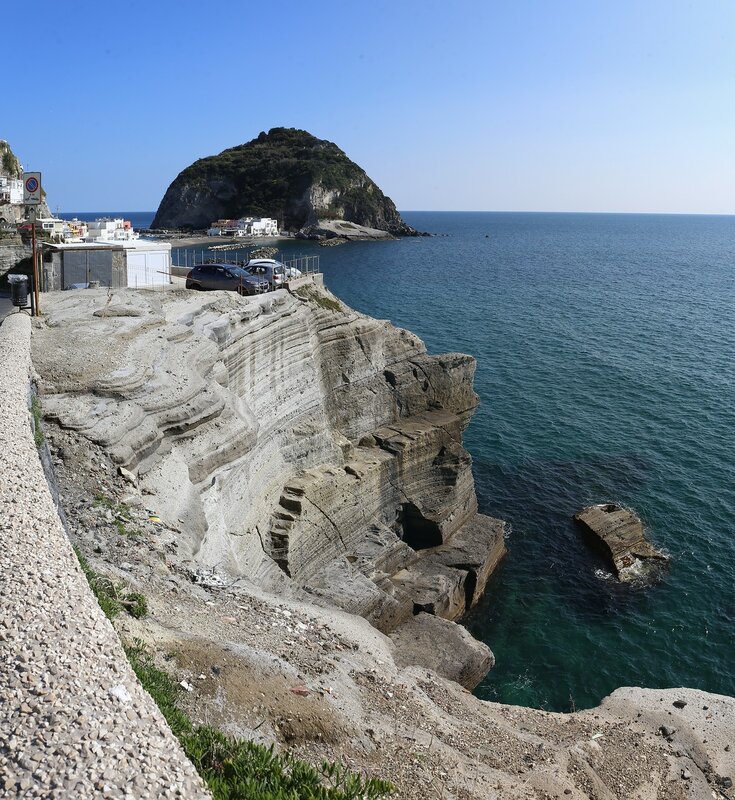 Making the first photo, I took direction towards the harbour.

The road goes along the same puff of a cliff. This structure turned out after numerous eruptions and layers of lava. Volcanic rocks such as tuff, the material is unstable and breaks down by the wind and washed by the waves, forming a steep wall. 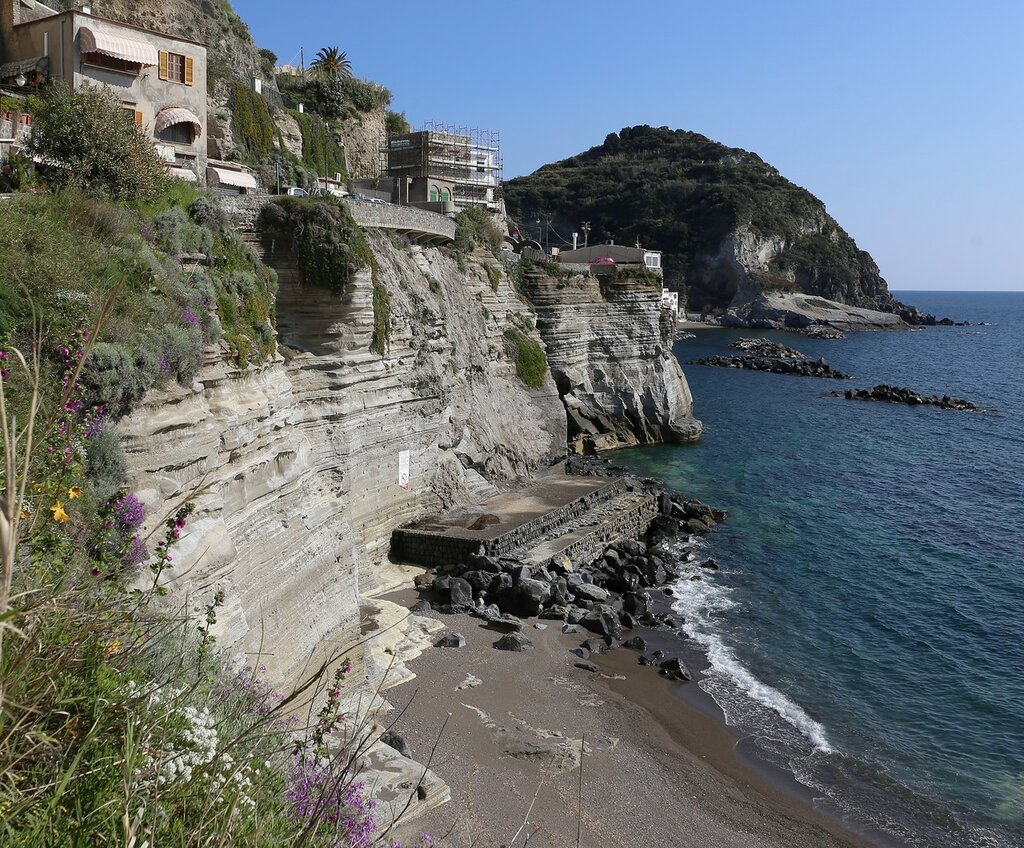 This structure was created out after numerous eruptions and layers of lava. Volcanic rocks such as tuff, the material is unstable and destroyed by the wind and washed by the waves, forming a steep wall. 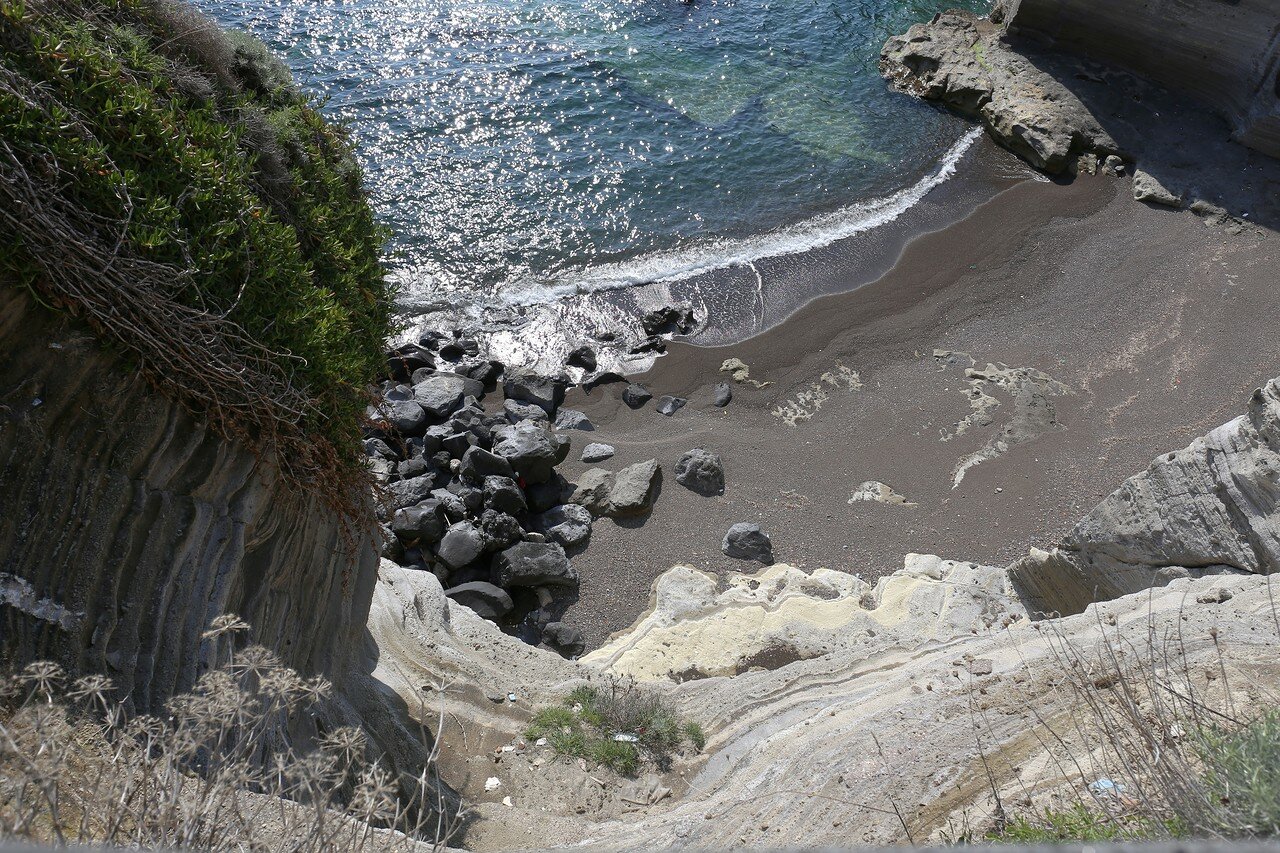 The halls of this racy restaurant "Lo Scoglio di Ernesto Di Chiara" cuted out into the tuff rock. 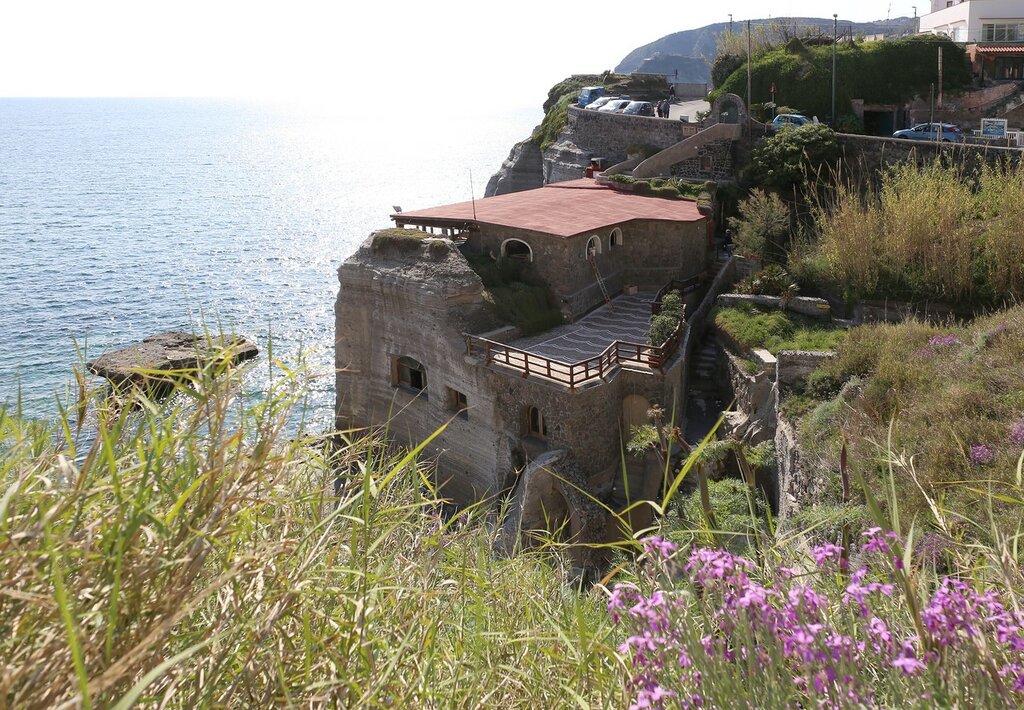 Finally, I descended to the sandy jumper and went right to the rock, with a naive hope to climb to the peak.