Having passed the quarter from the Church of Maria del Carmine, near the old abandoned house, I decided to turn left, because I left the center quite far. 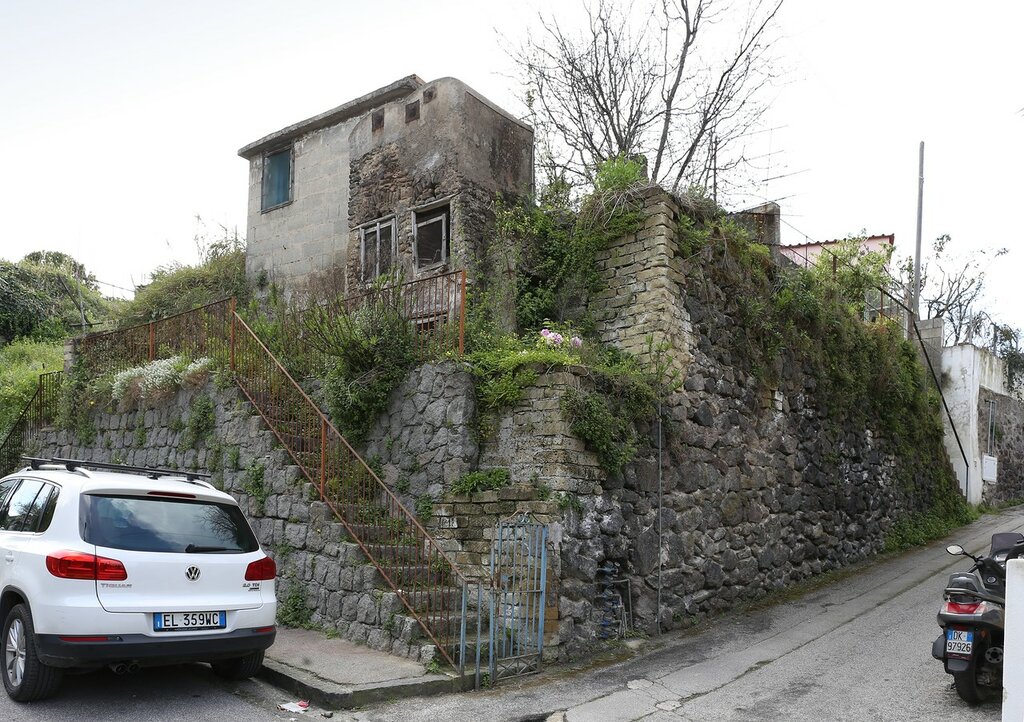 The street, as it turned out, was called Via Gian Battista Vico, as well as the one with which I turned, although it was perpendicular to it. On the first day did not yet know the specifics of the local street network, as it turned out later, in Ischia, the same street can simultaneously go in different directions and stop itself. 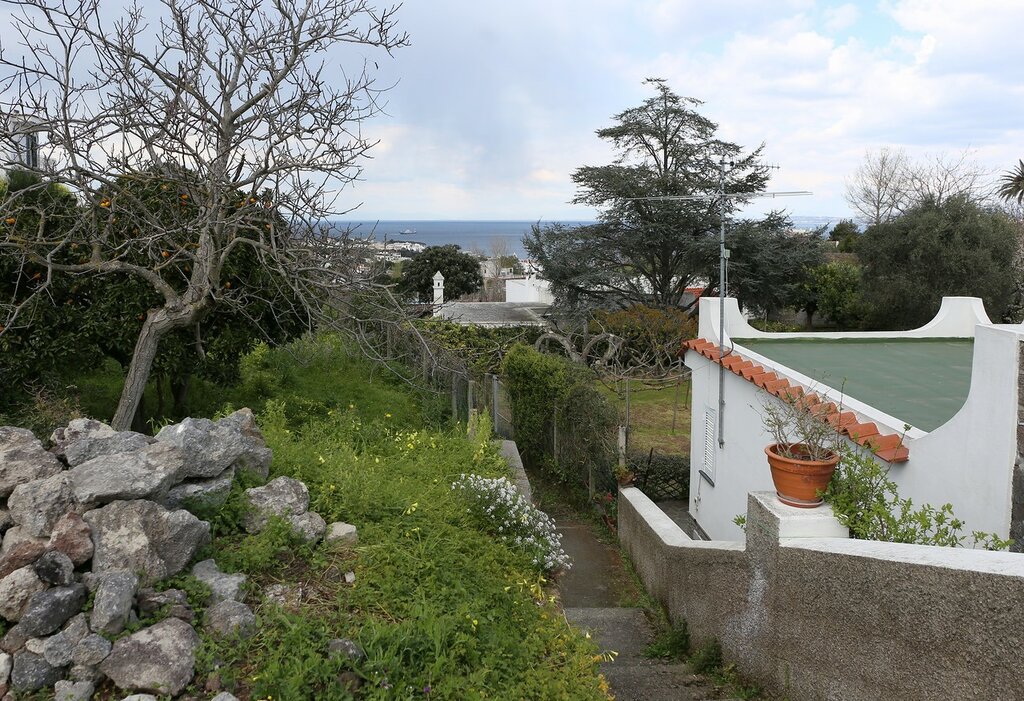 After walking quite a bit, I found myself in a typical countryside - along the road went low stone fences, behind which stretched well-groomed beds. 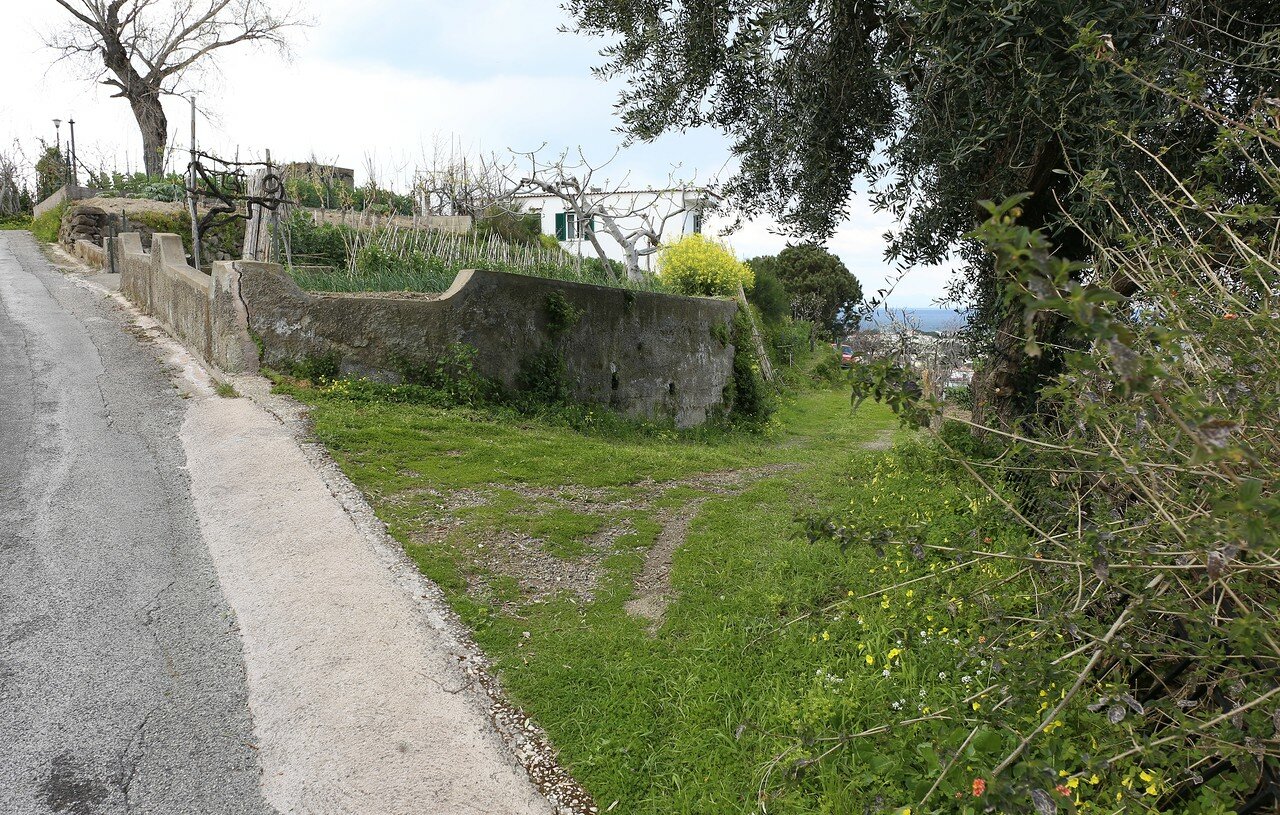 Something where you could find a small pile of brushwood. I don't know what it is used for heating a small timber obviously not good - burned for a few minutes. 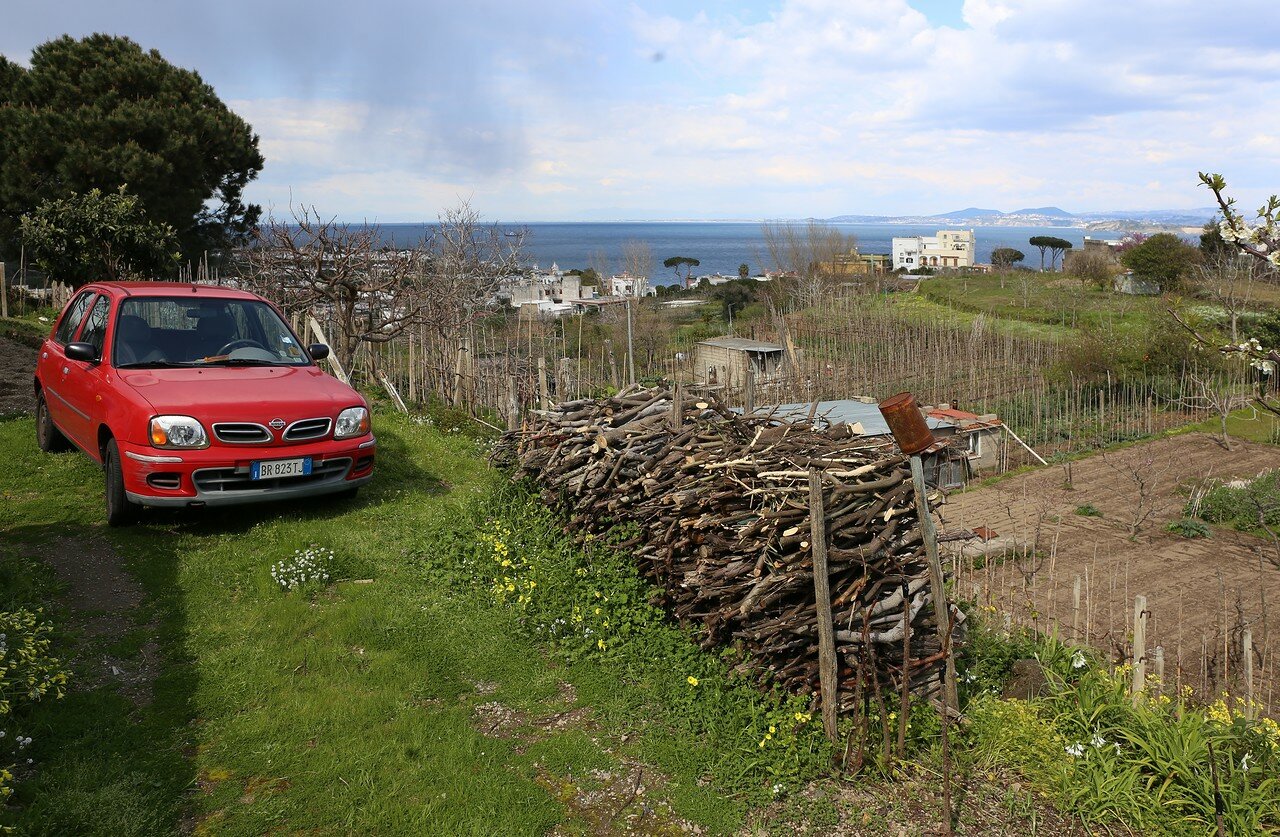 Gardens terraces down towards the sea. 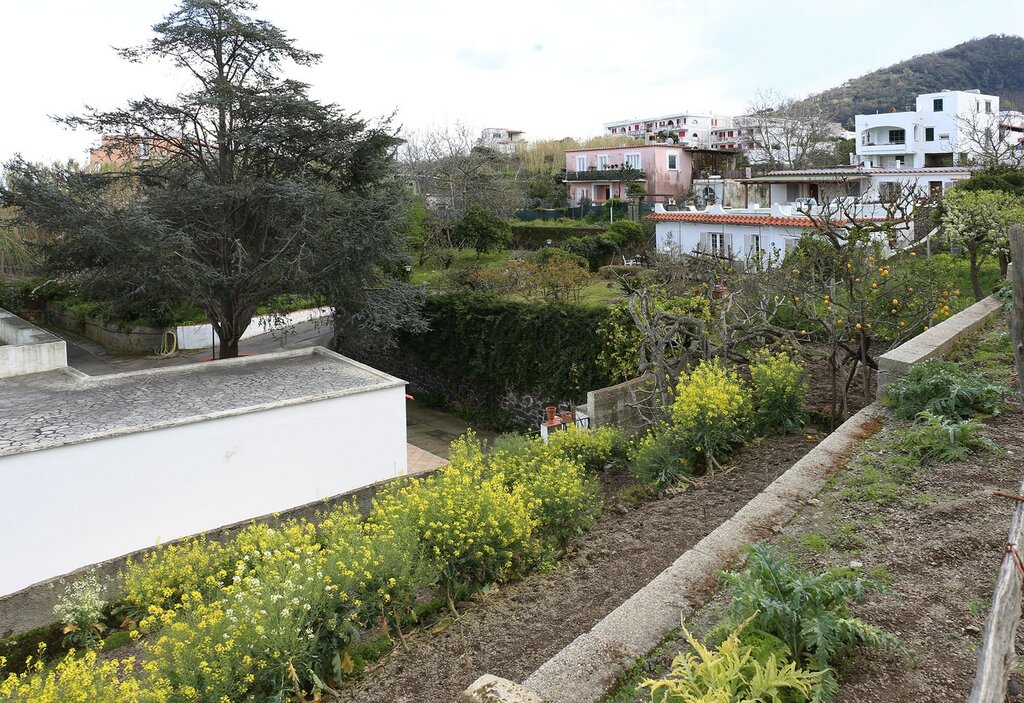 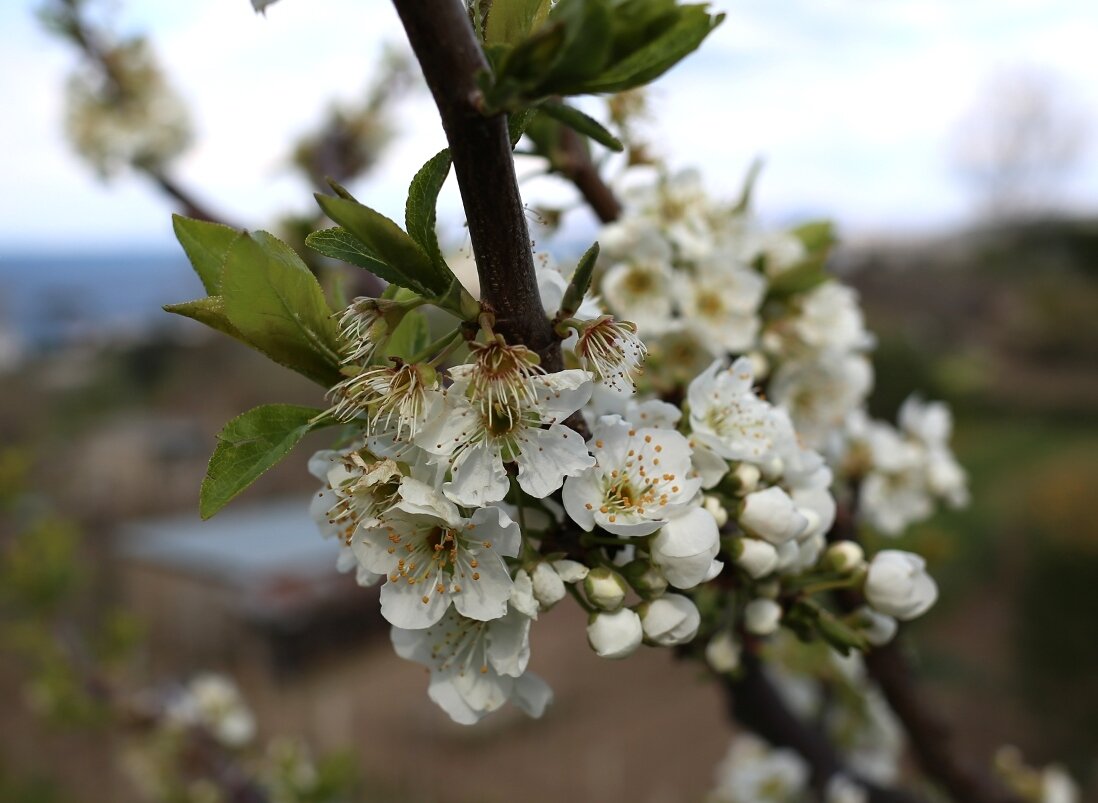 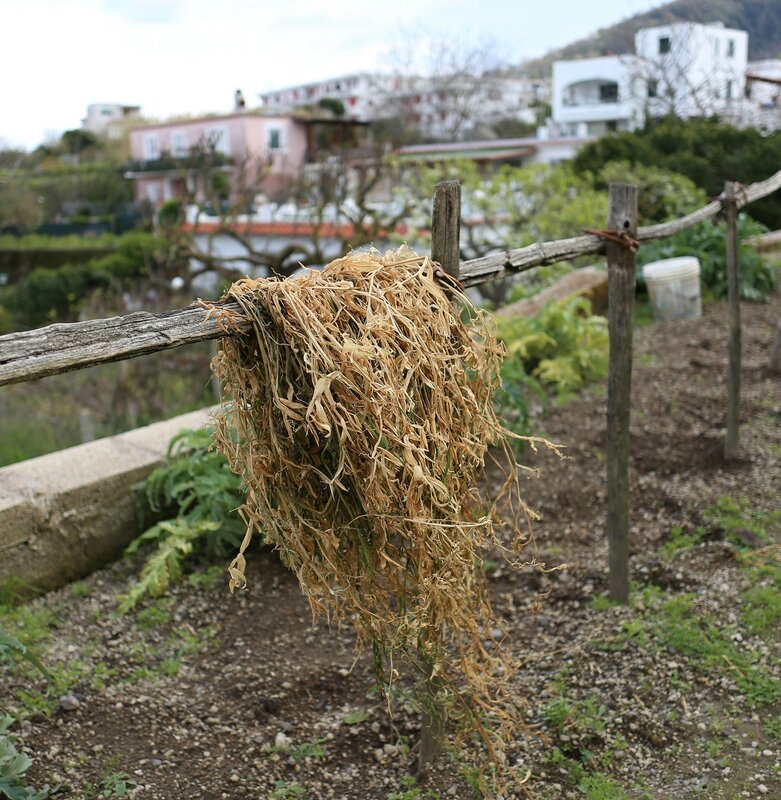 This season's first harvest of onions. 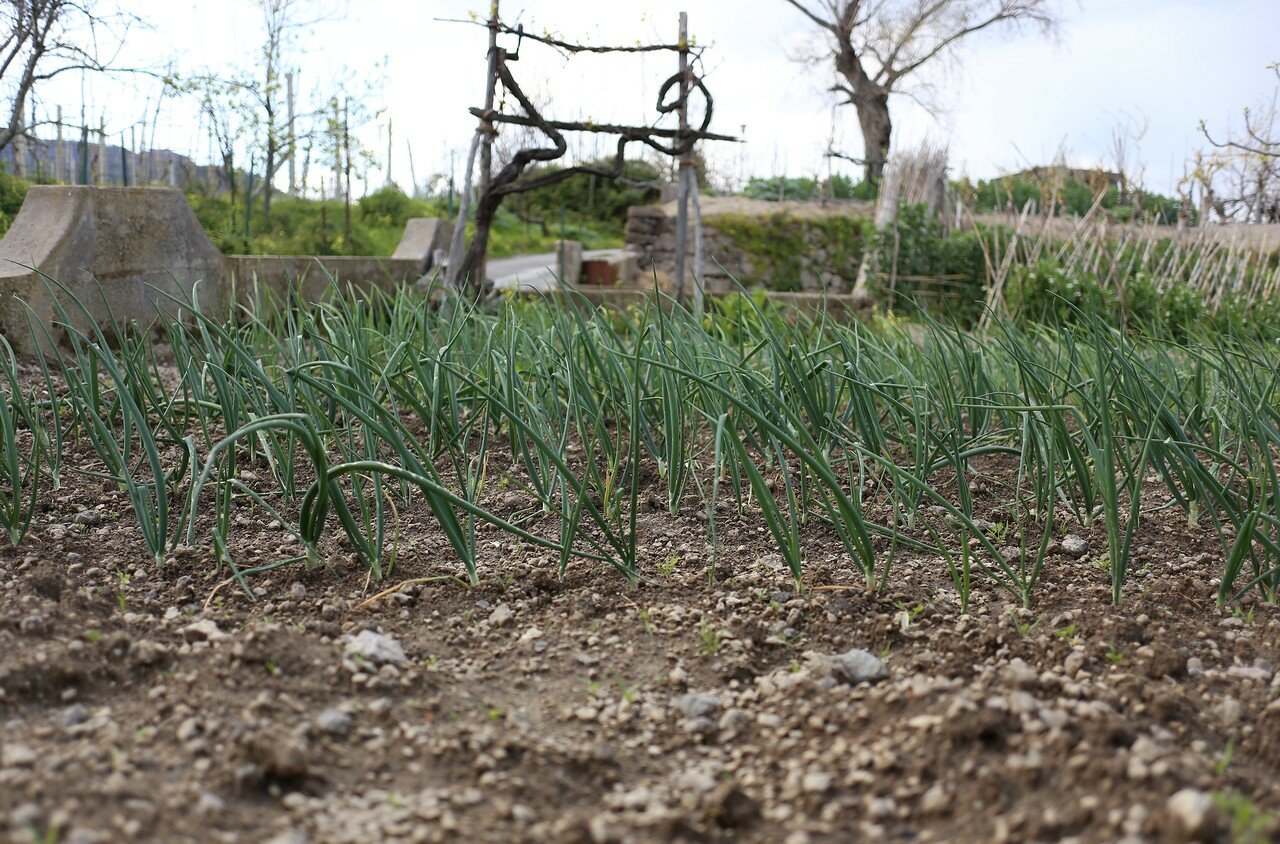 There was a storyteller for the "conceptual" photo. 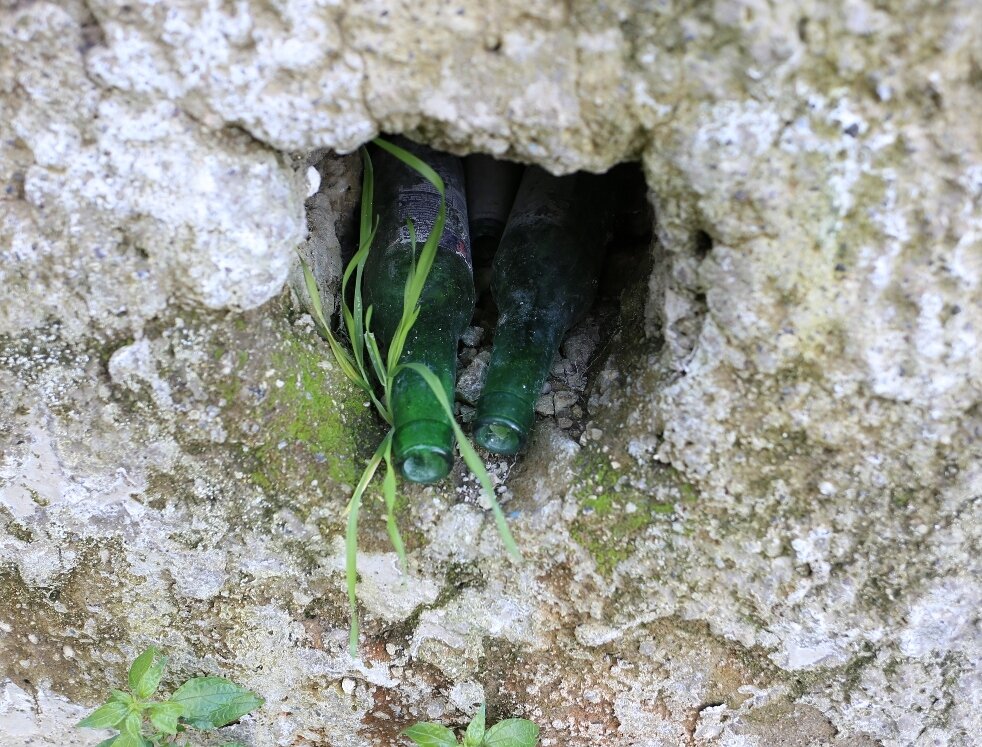 The cleanliness of public roads begins with individual sections. To agriculture not dragging the ground on the roadway from the street to the garden is made of concrete tray. 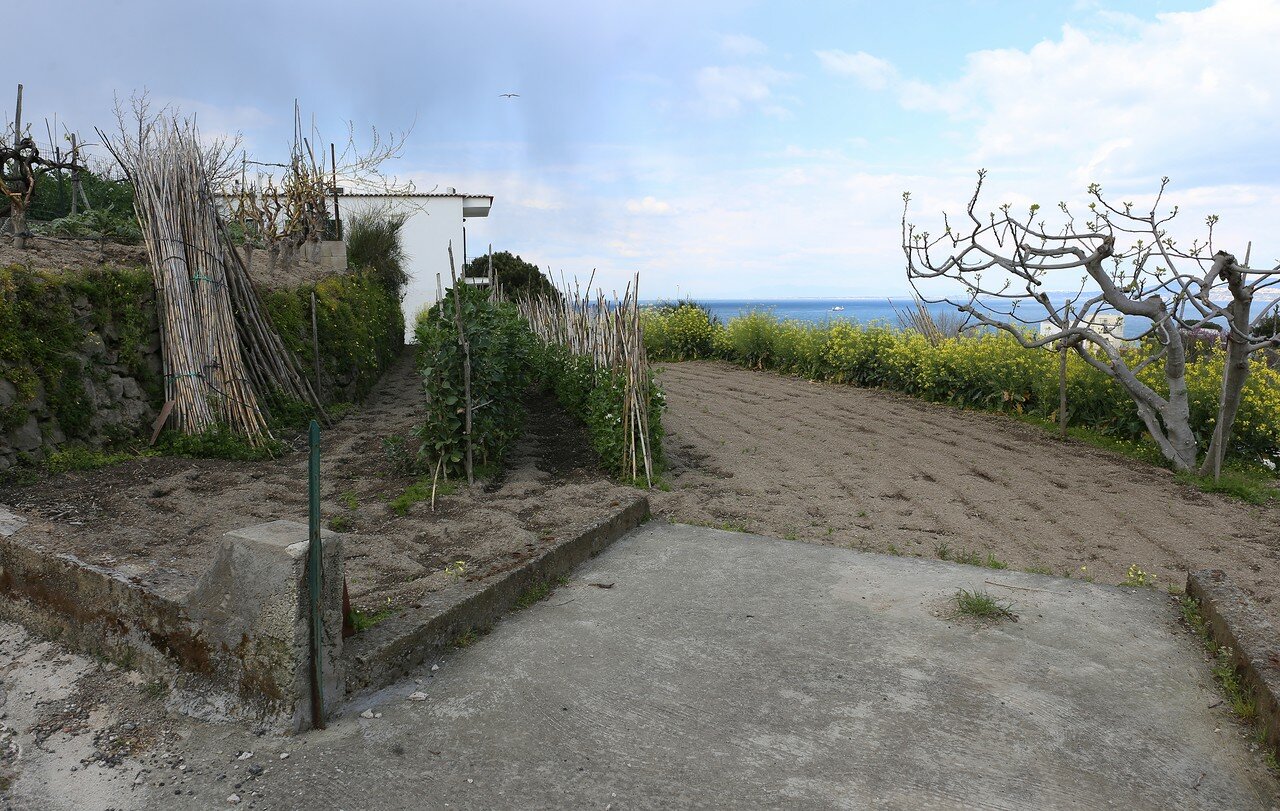 Plantations are not too large, but are planned very rationally - for the convenience of machining. 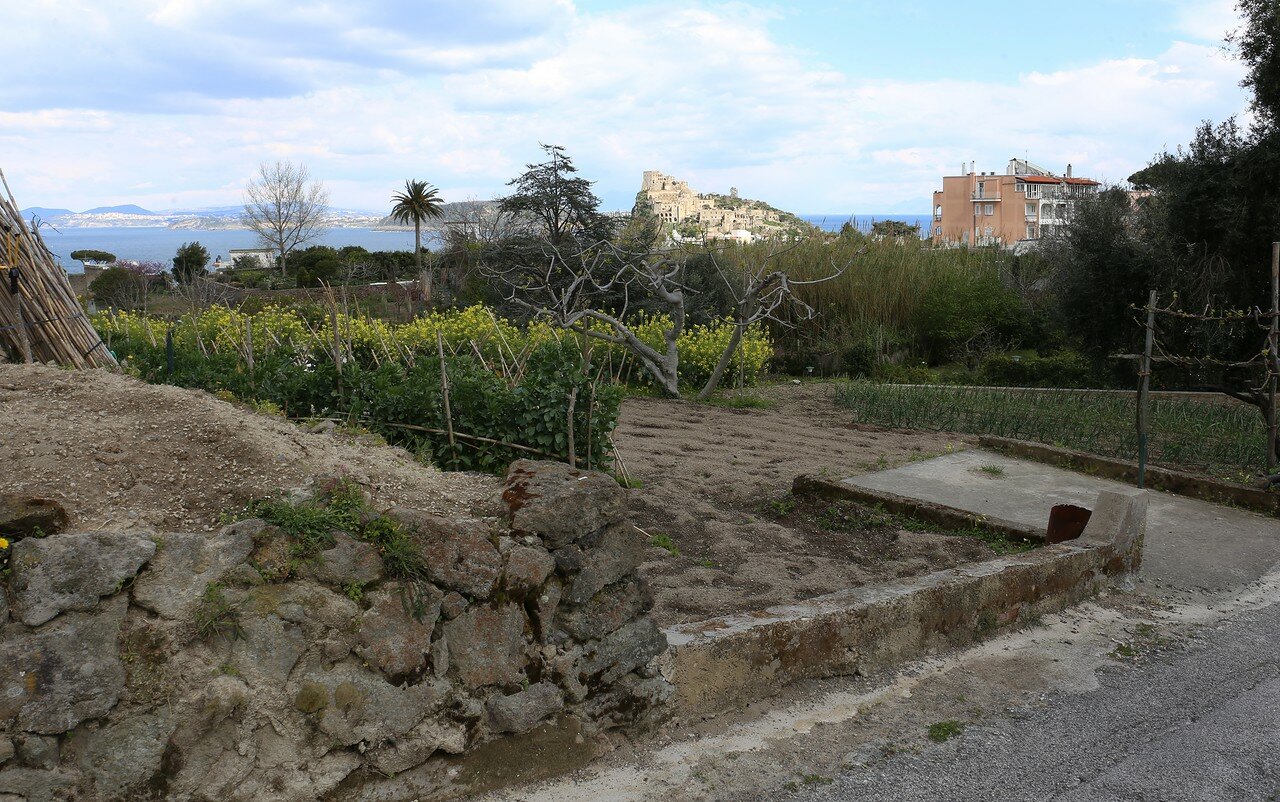 Among the white houses come across old buildings, built of wild stone. Seems to me it's the entrance to the wine cellar. 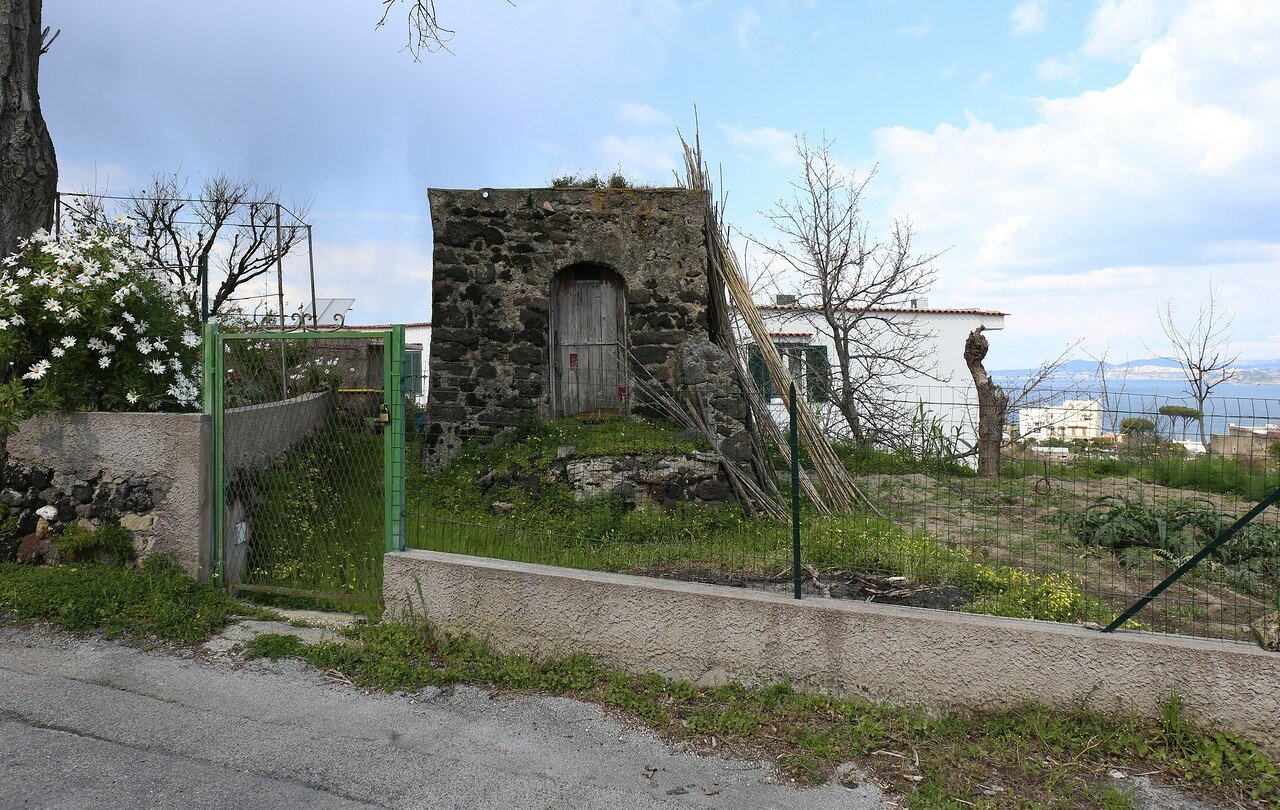 Ischia Porto is a city of contrasts. I just walked along a typical city street, with very dense buildings, and here almost all the houses are single-storey and occupy a large area. 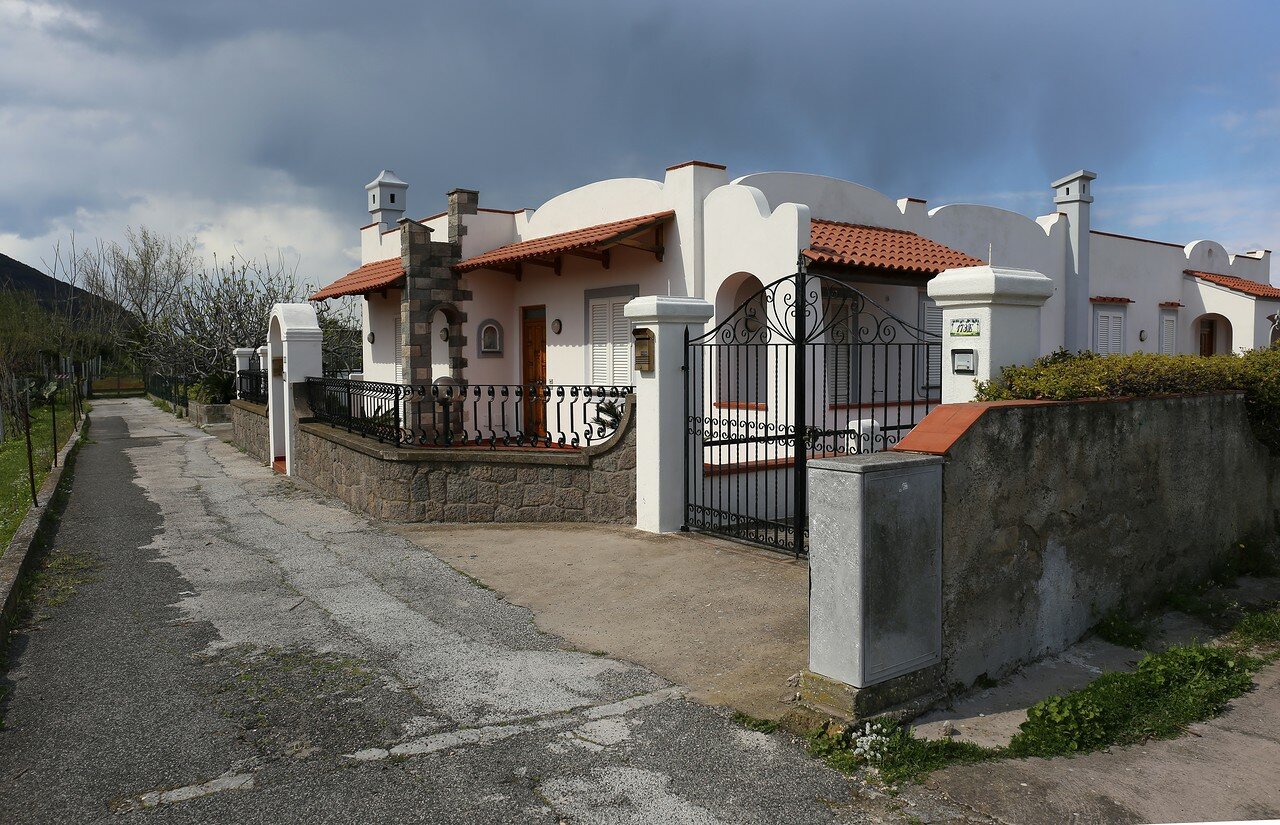 Some sites are fenced with temporary fences-a wire stretched between concrete columns, bamboo stems are tied to it-protection from ubiquitous goats. But now I am ready concrete curb around the perimeter of the plot here stretched decorative mesh. 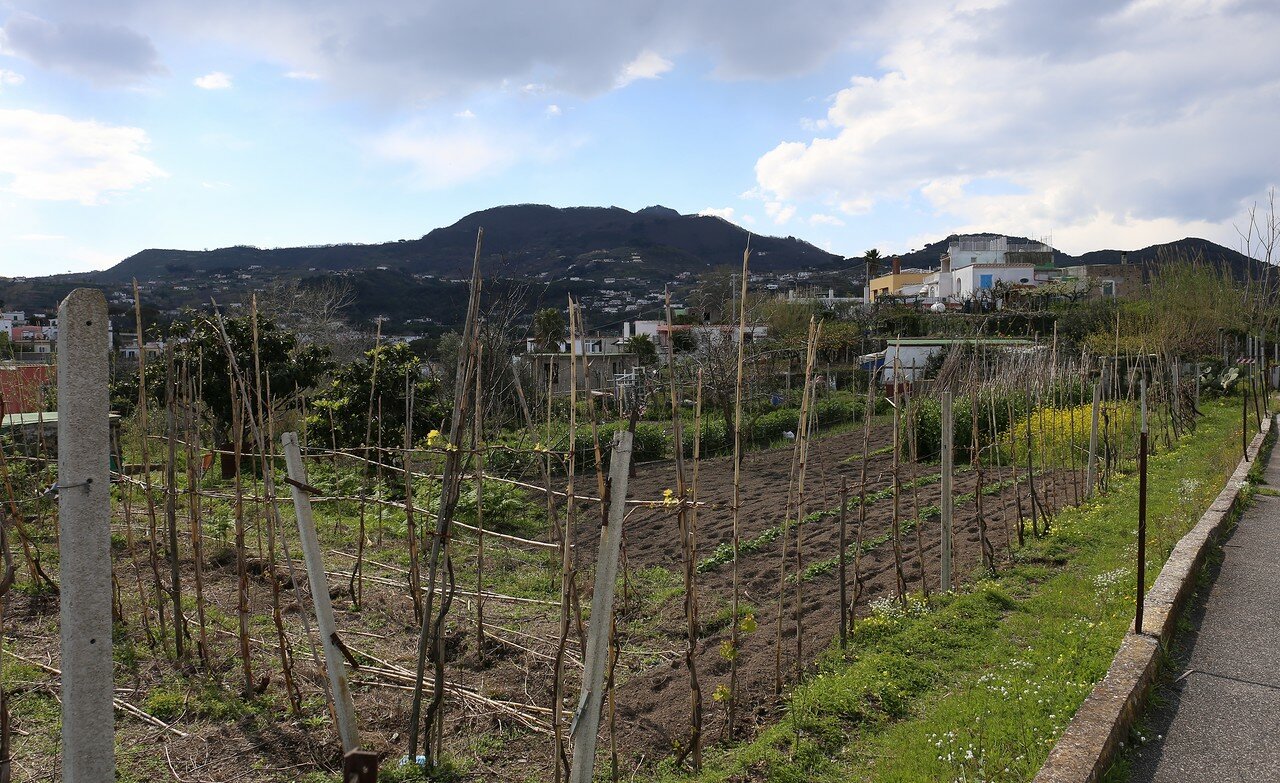 After another fifty meters, I found myself at a dead end in the truest sense of the word. Again, the specifics of the local street plan. 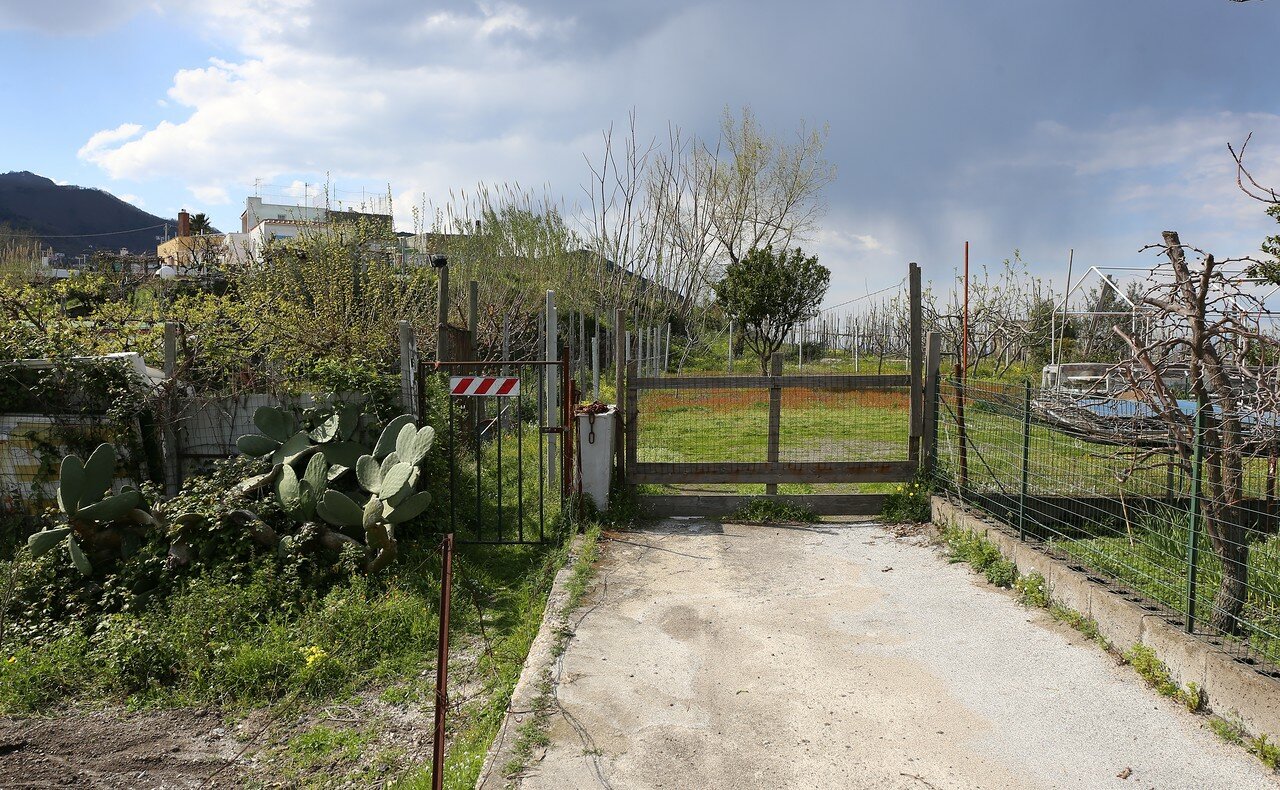 As it was found empirically and also in a careful study of maps - the city consists of several main thoroughfares, with dense buildings, to the side from which depart the alley, surrounded by houses. Such is the connection of the city with the village. 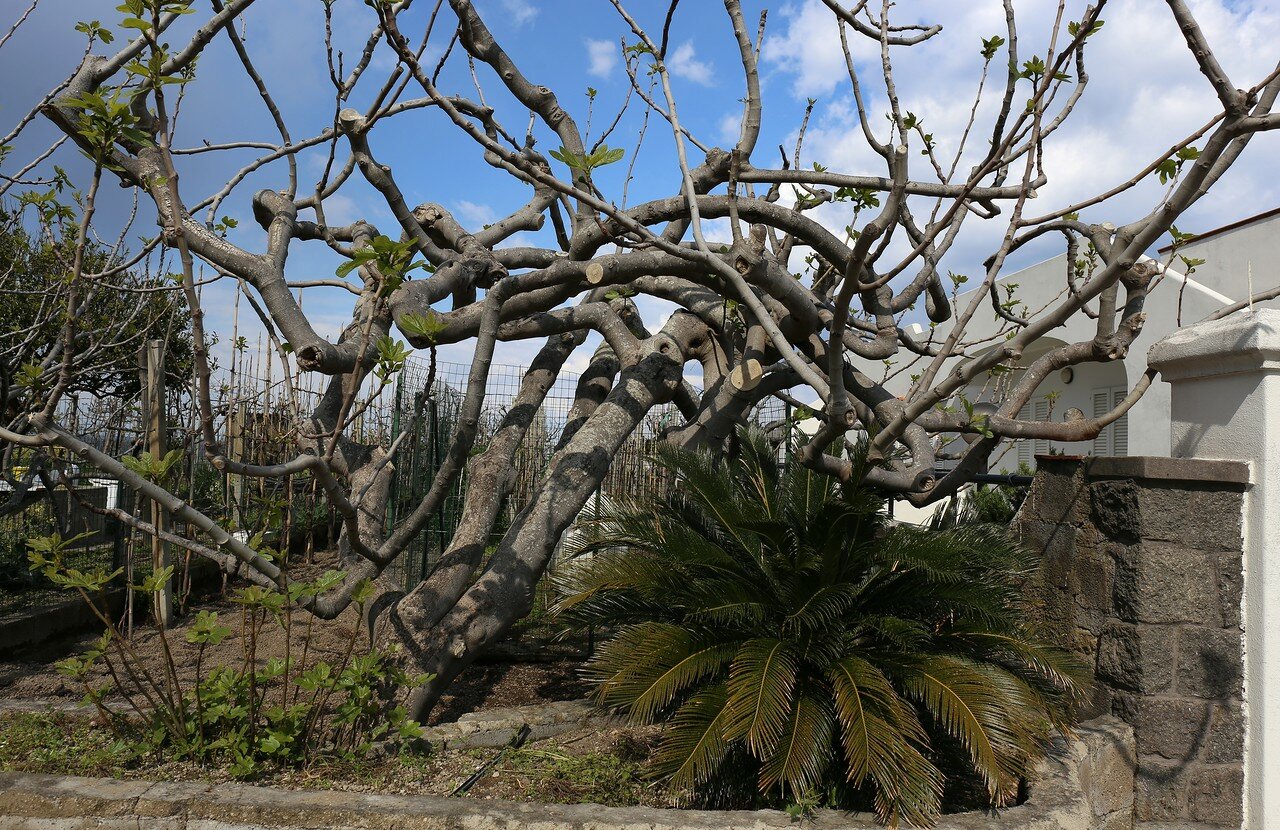 White tank - a container for storing liquefied gas. Gas is used for heating, though there is no minus temperatures, but in winter blowing cold and damp winds. 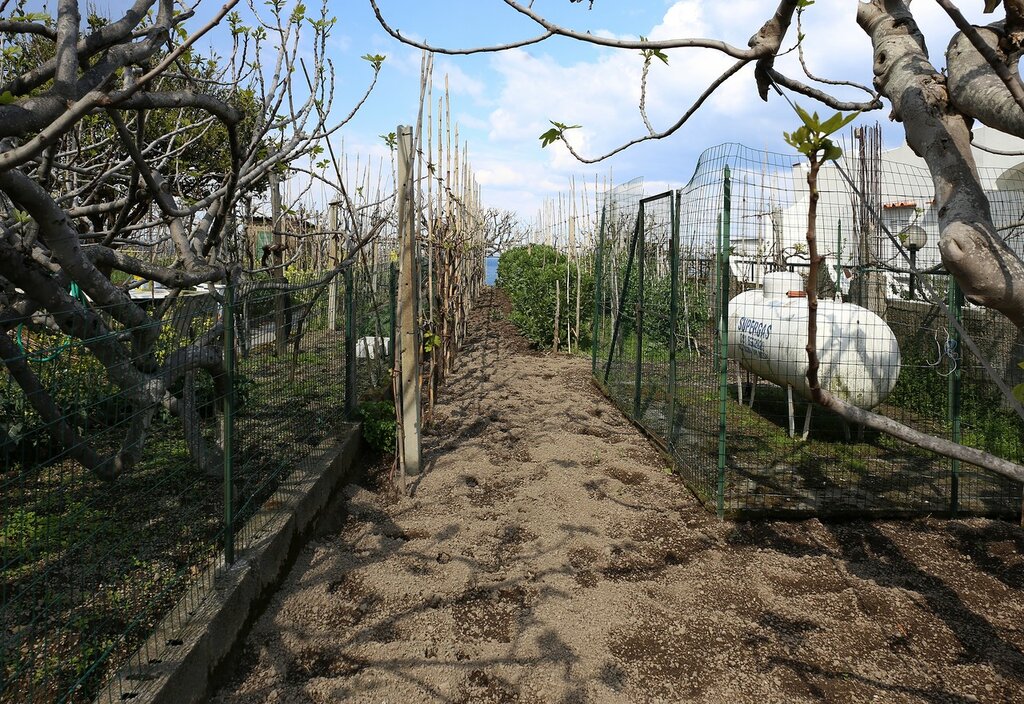 It seems that the alley began to build up recently, in some areas there are only beds, but many simply fenced. 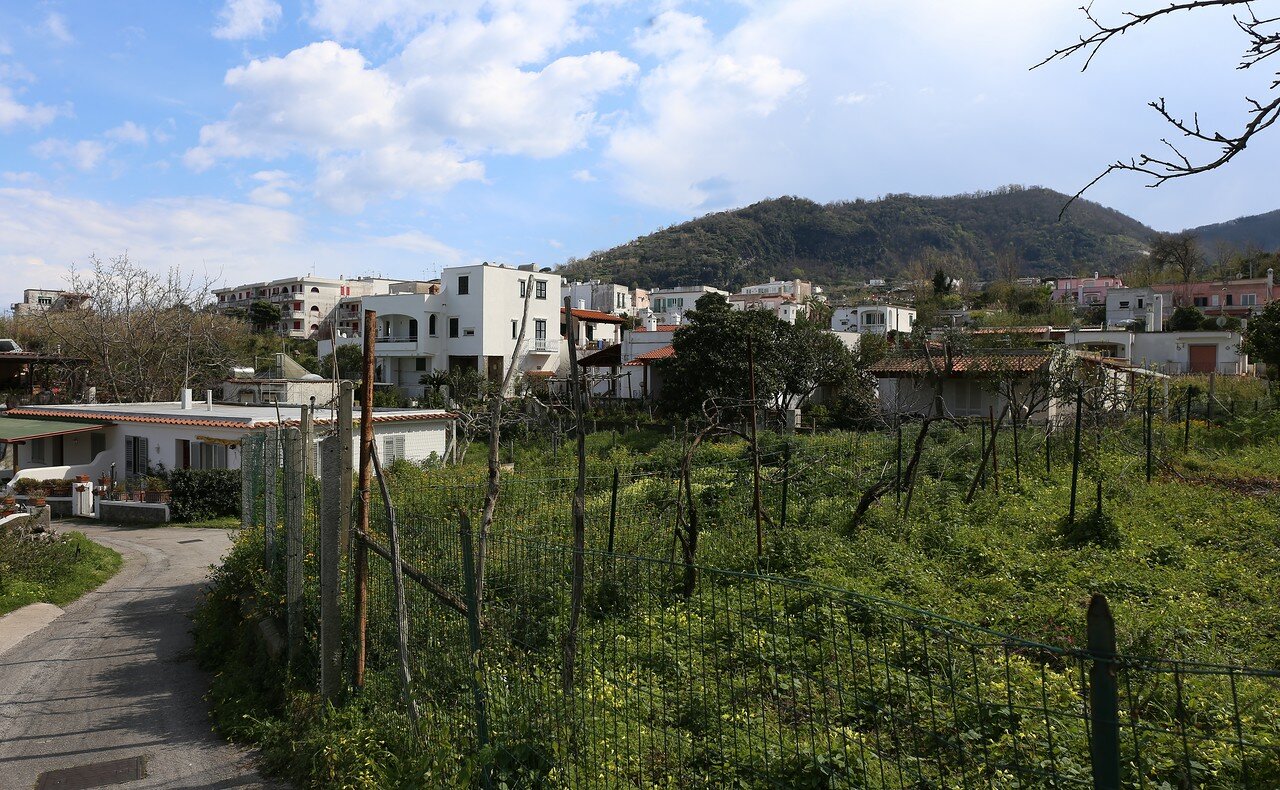 On some sites there are temporary structures, built of what was at hand. 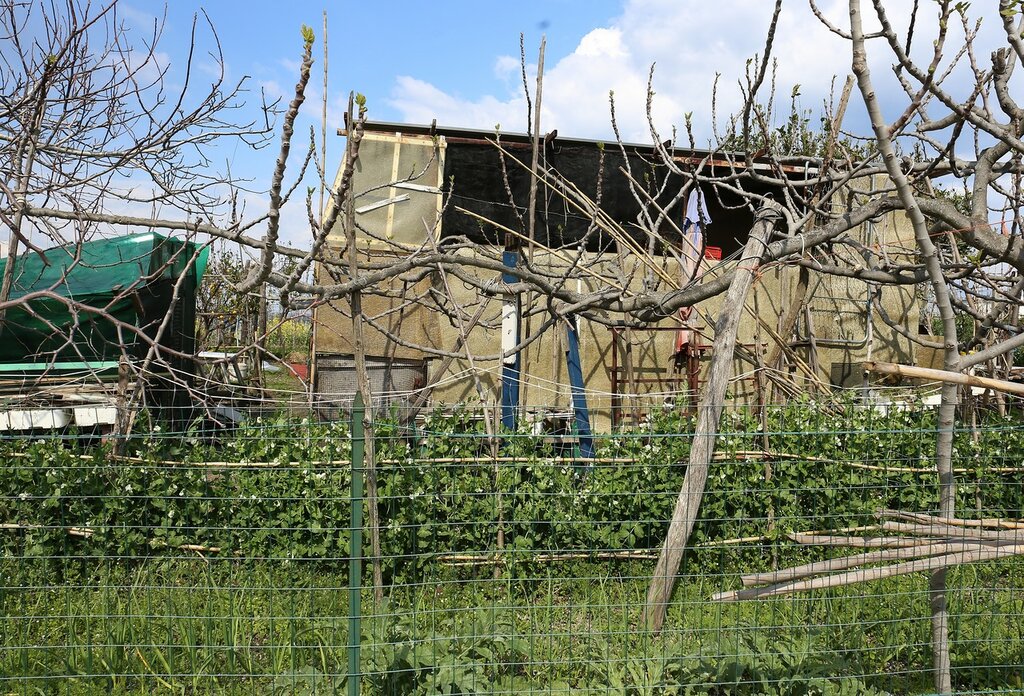 However, about street lighting not forgotten. 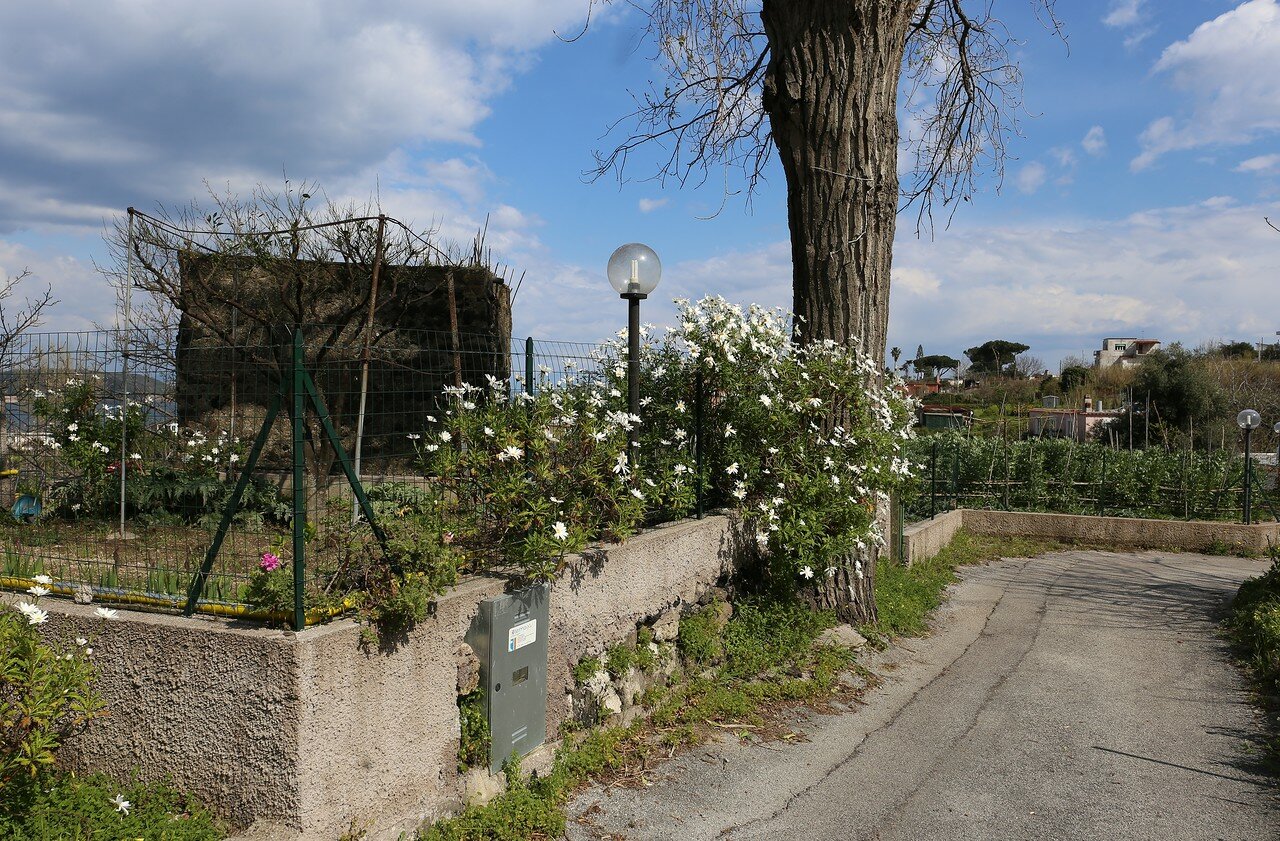 The island began to develop rapidly in 60 years, when it became a truly mass international resort. Tourism infrastructure created demand for fresh vegetables and fruits, giving impetus to the development of agriculture. 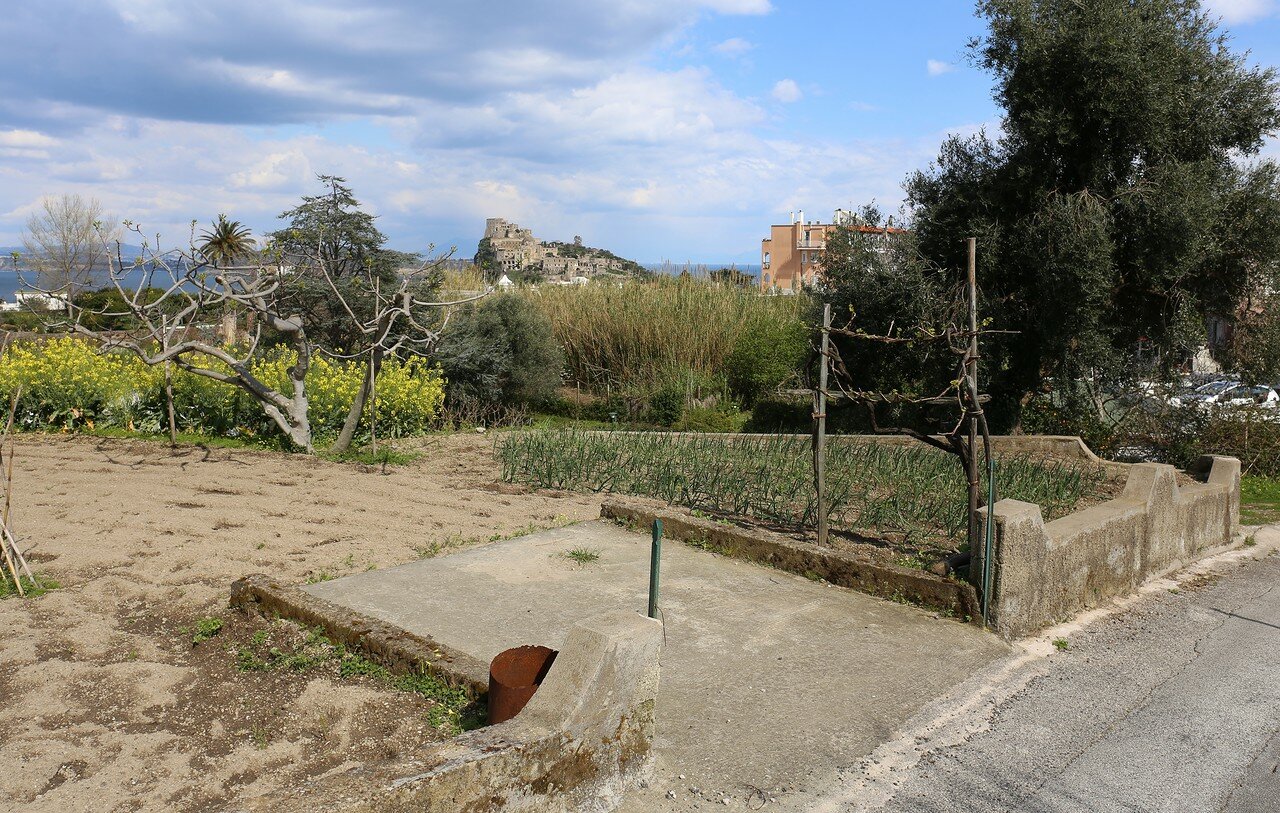 On the way back I was lucky to once again admire the Aragonese castle. 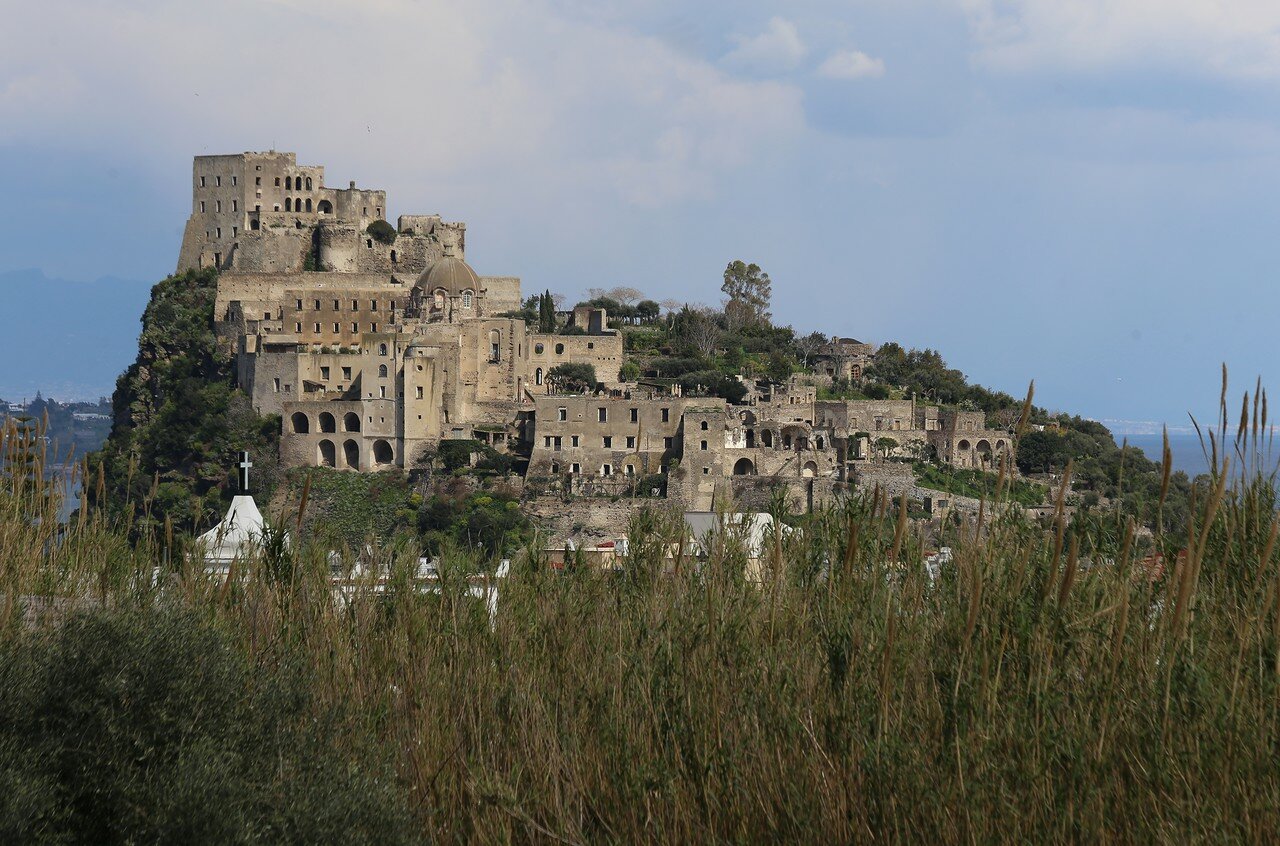 Through the thickets whitish top of the bell tower of the Church of Santa Maria del Carmine. 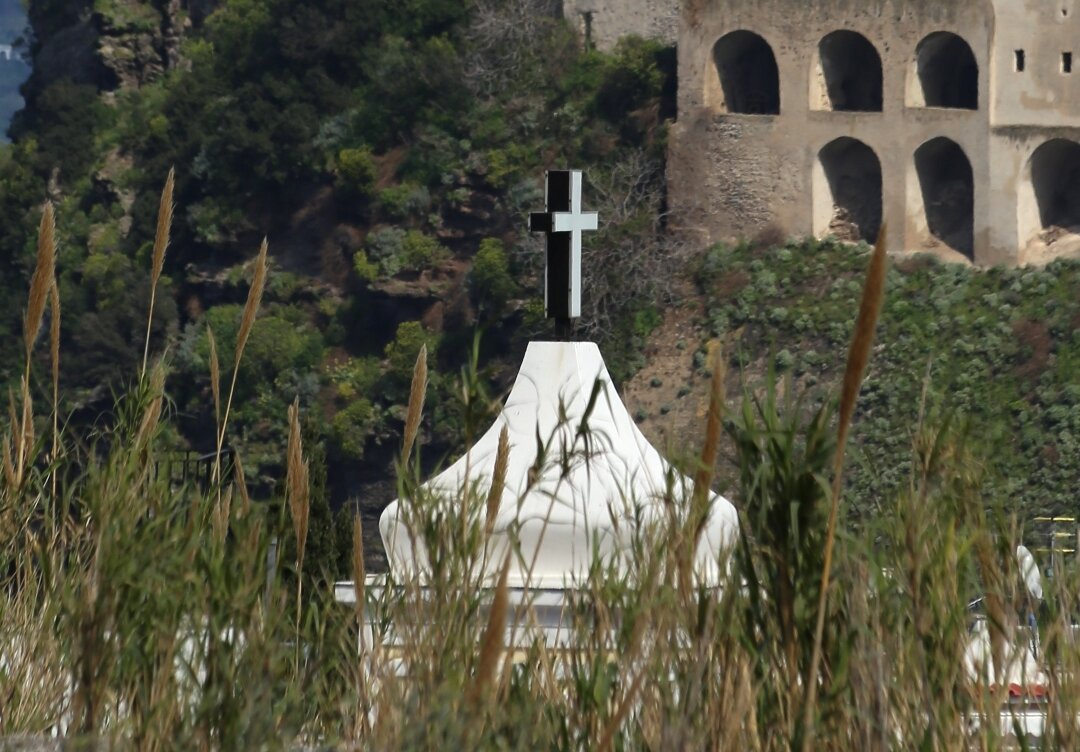