It was late in the evening, and I decided it was time to move towards the hotel. Along the road still stretched terraces gardens. 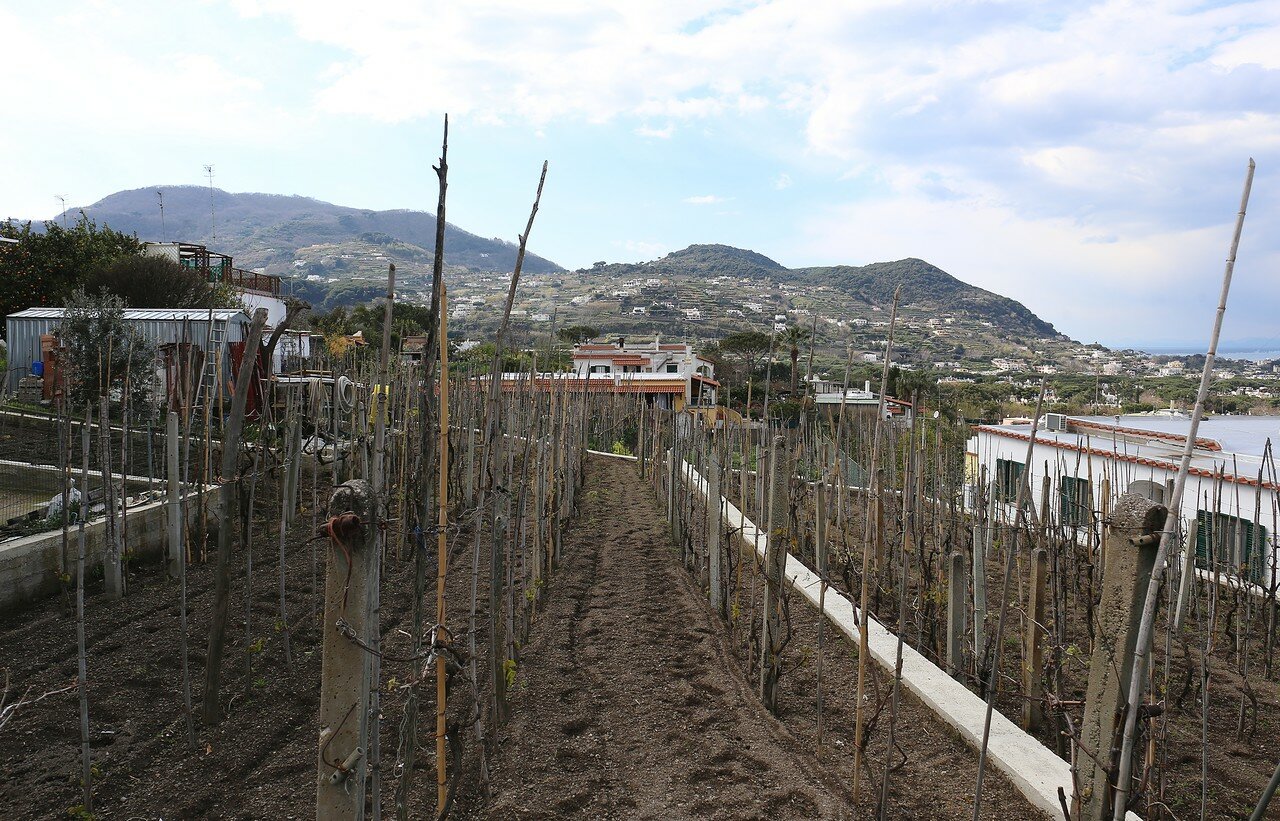 Among the beds and fruit trees in many areas there were a variety of boats - some modern and new, 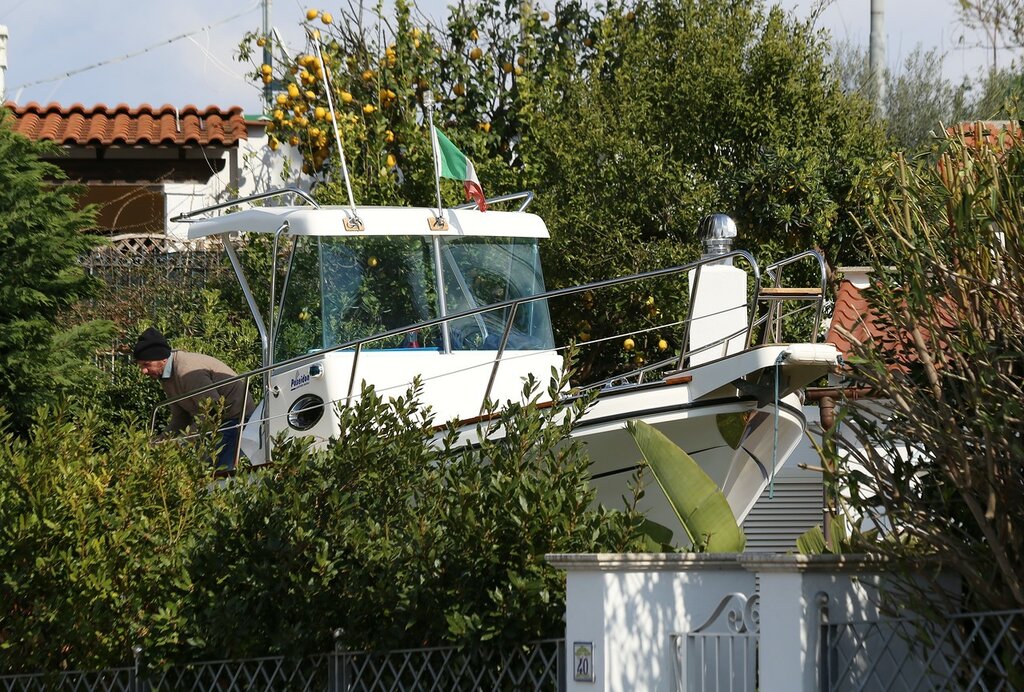 Other boats are battered and beaten by time and the sea. "rotten Board no sails on sailyard...". 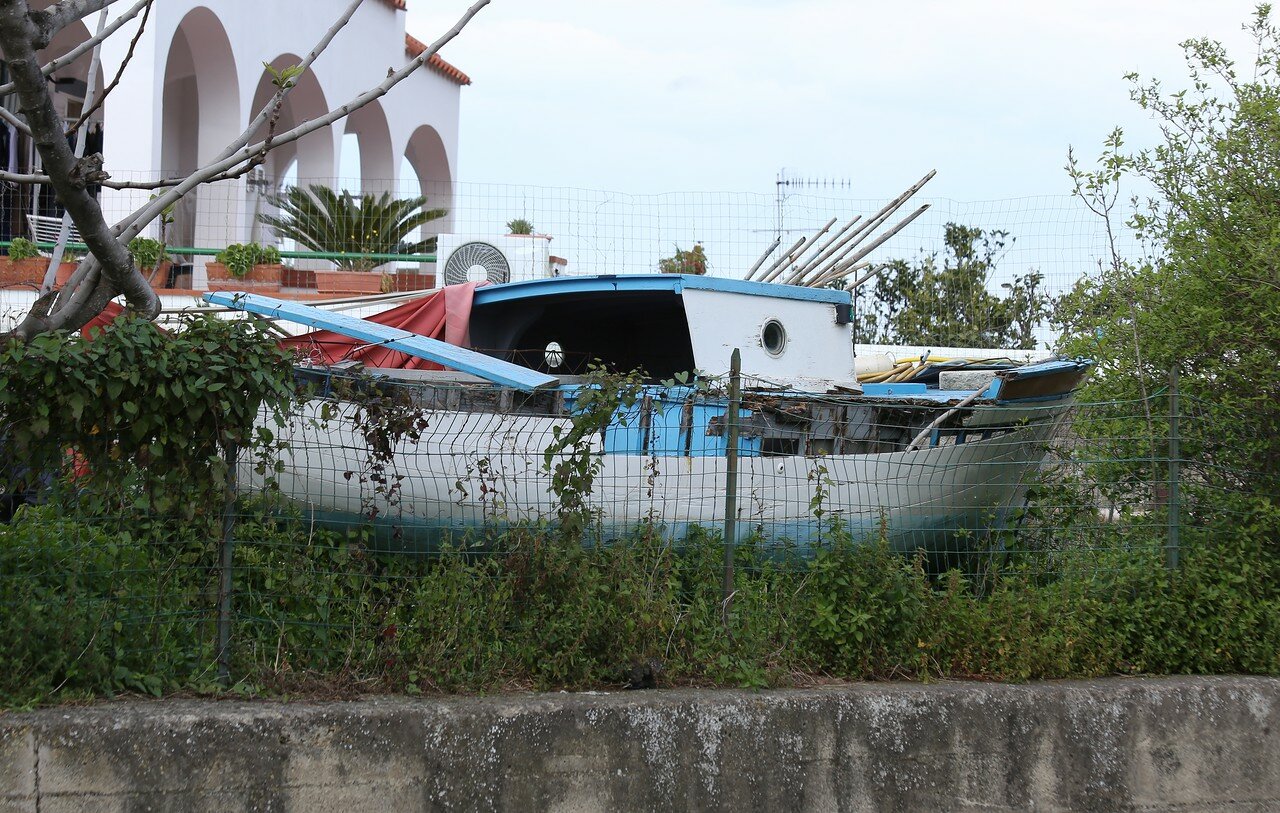 In some places I saw large fishing boats. I must say that from the sea, these Parking pretty far away. Apparently, the boats are launched only in the season when restaurants have a demand for fish and seafood, and pleasure boats are in demand among tourists. 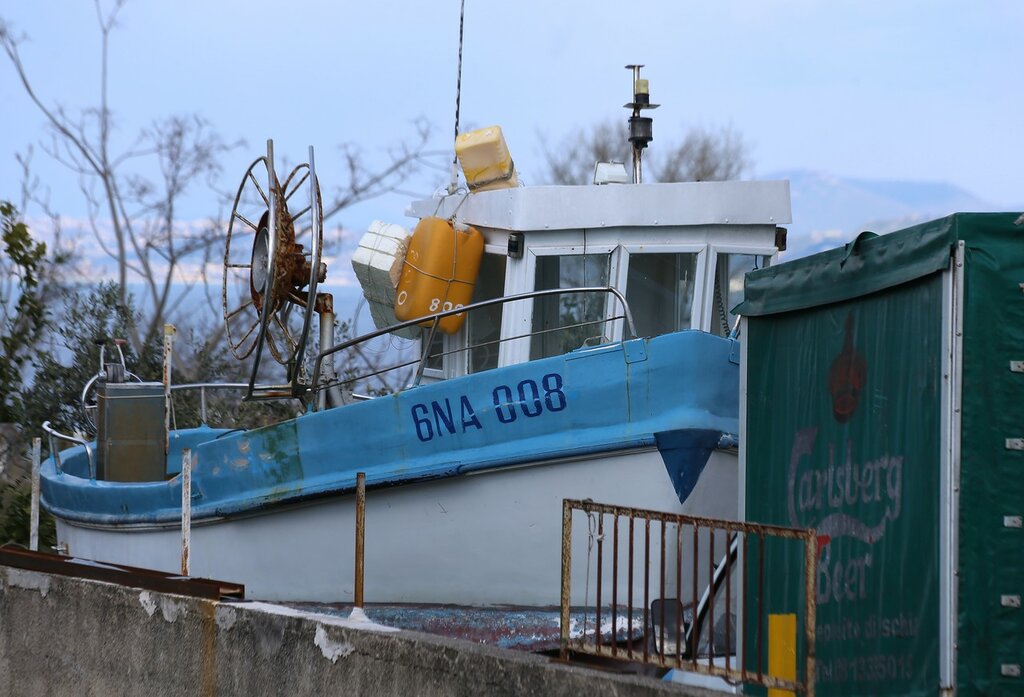 In addition to boats, there is still a huge amount of cats. 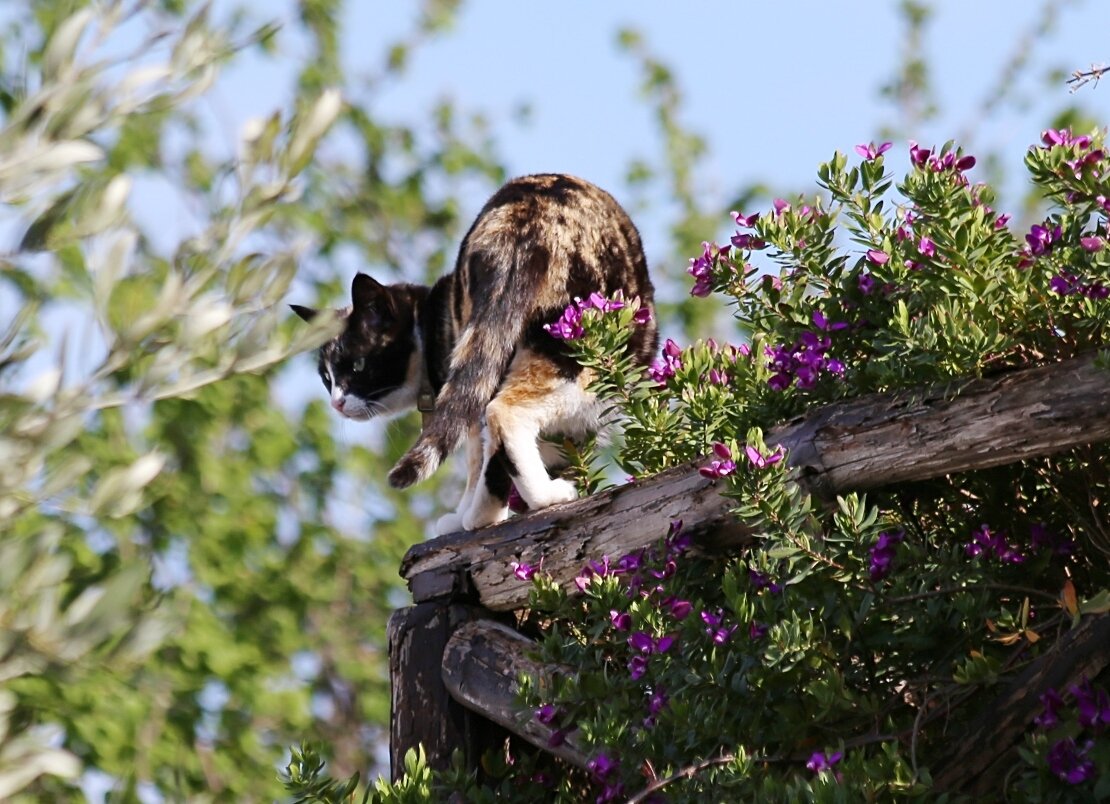 n the niche of one of the stone fences found such a "mini-bar". Water bottles at the walls and doors of houses can often be found in Italy and Spain. 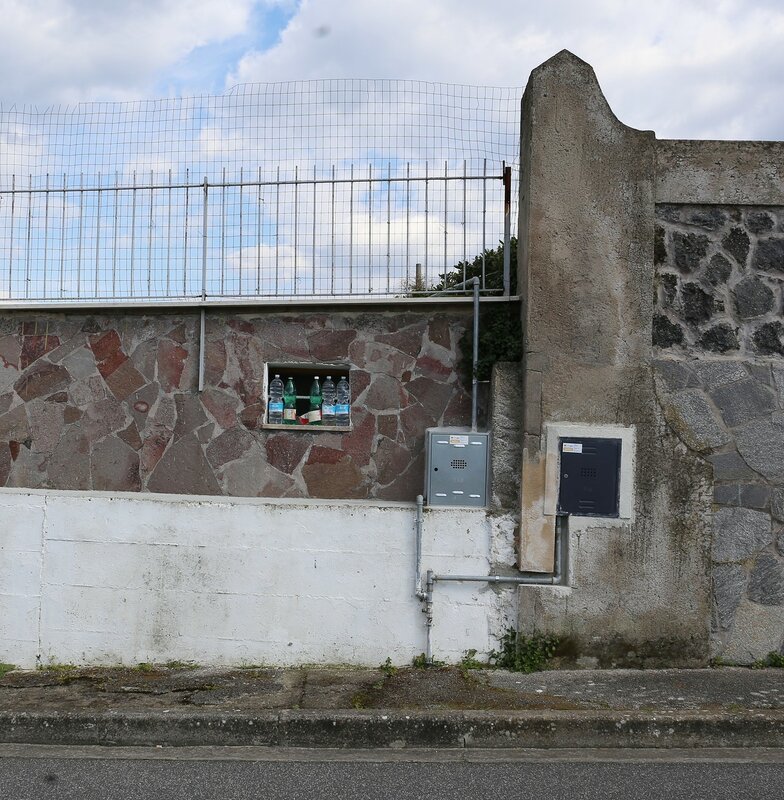 I've been trying to figure out for what purpose the bottles are exposed, but the only well-known version doesn't look convincing. There is a legend that water bottles scare away Pets - prevent dogs from marking their territory, and cats to penetrate into the open windows of houses. 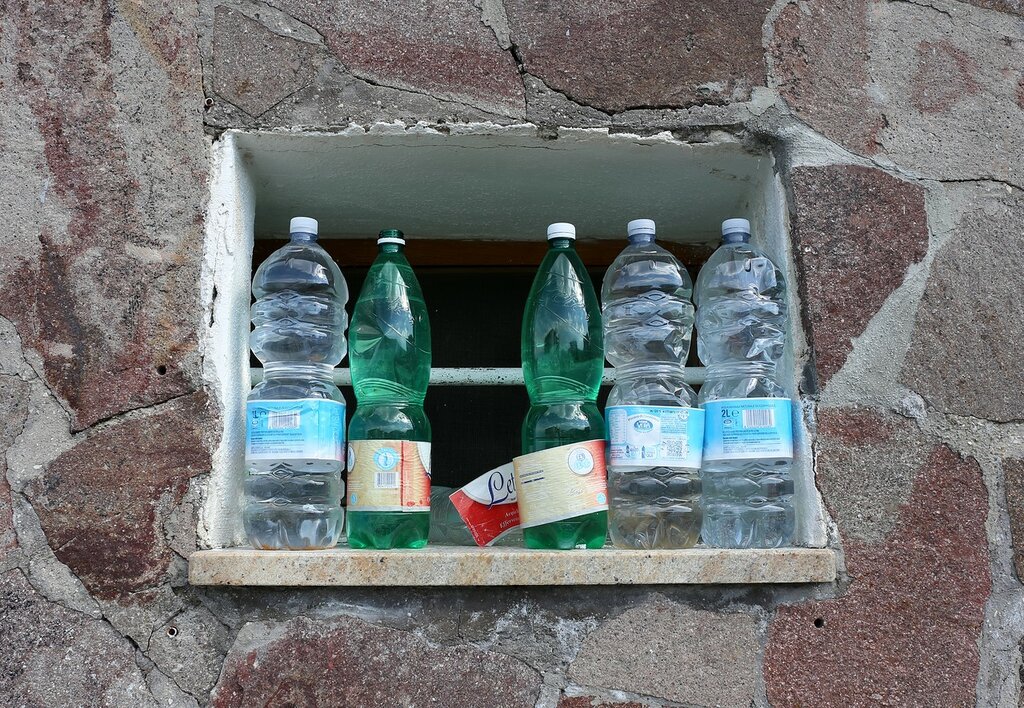 Container for liquefied gas, which is used in cookers and for heating water in boilers. There is no heating in the houses, no water, no stove. Like, not even a fireplace - I have never seen chimneys. Apparently, at a minimum temperature in winter + 10 degrees Celsius, the need for heating is simply absent. 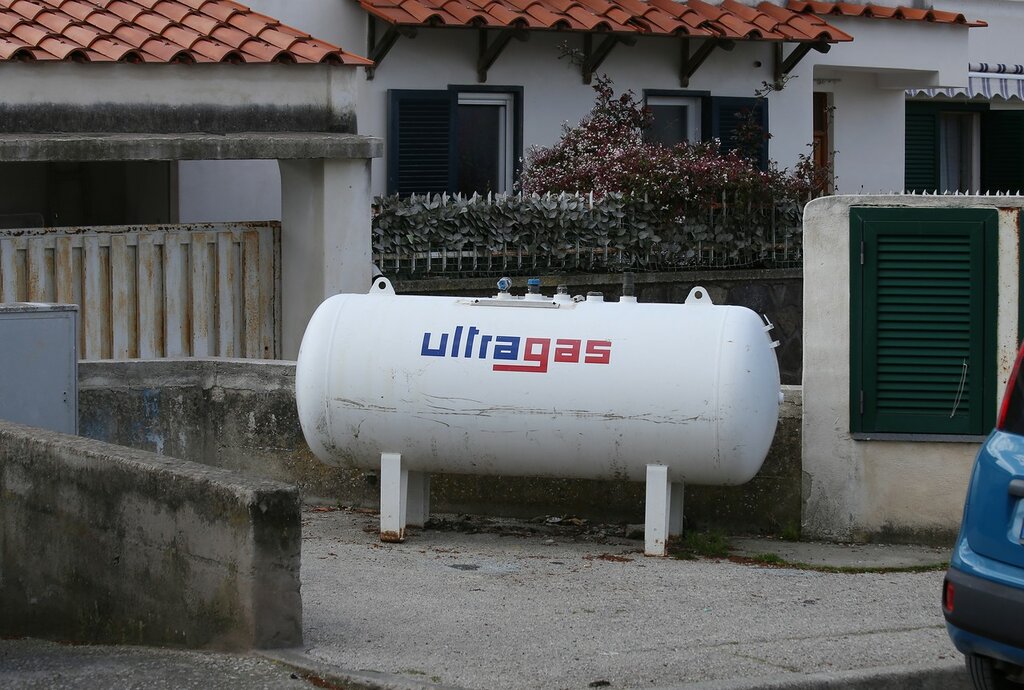 On the right, for the countless terraces plantations, towering Monte Mascleta, the highest mountain in this part of the island. 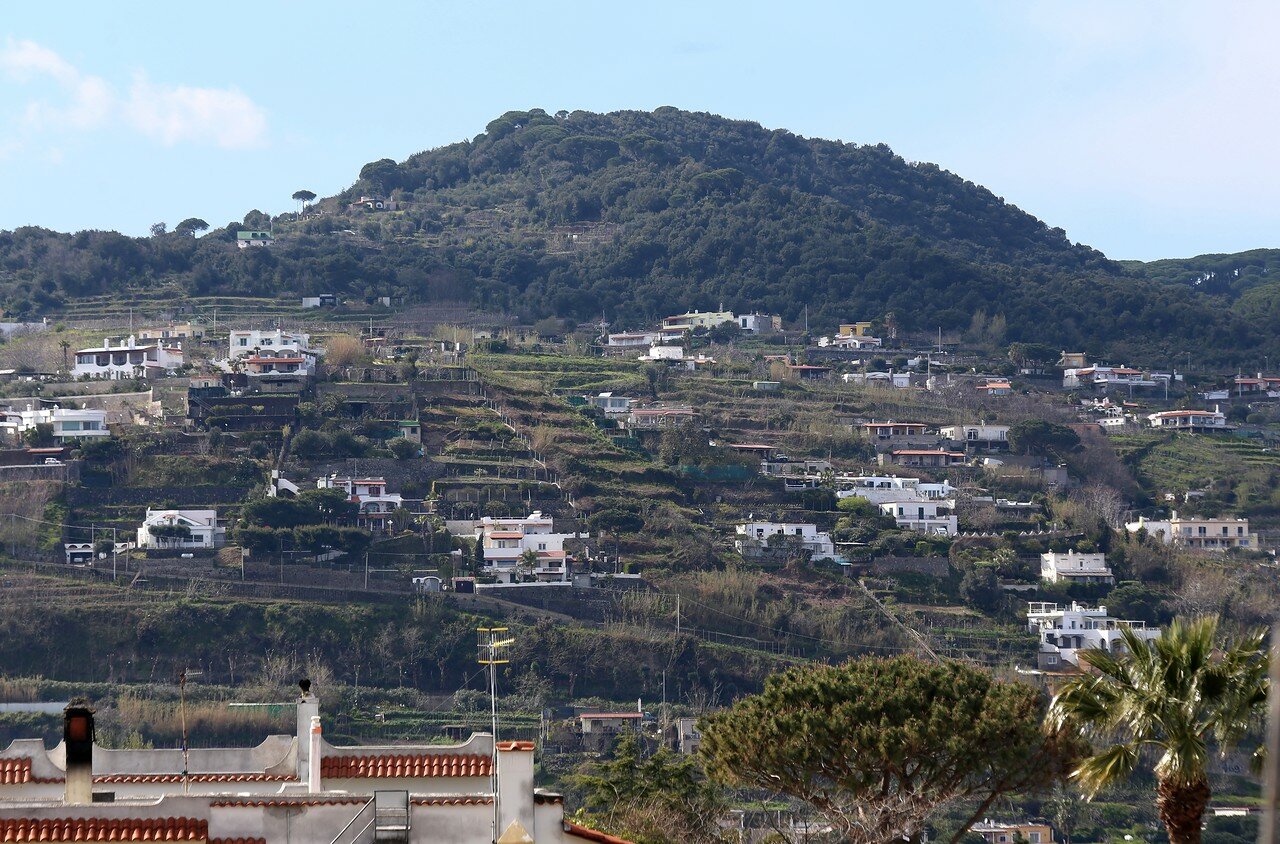 Here I rested against the beautiful gate, although the map and Navigator showed the street going straight to the center of Ischia Porto. 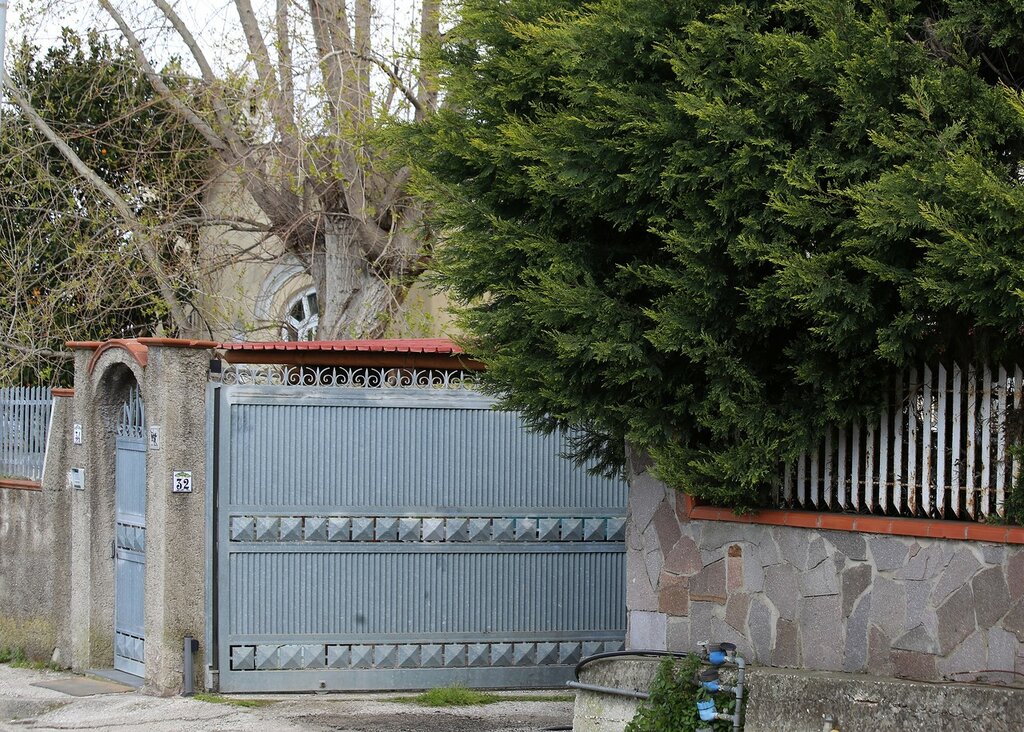 As a consolation remained to look at the top of the Aragonese castle, which was blue dvugorboy silhouette of Vesuvius. I noticed that from the sea or from the shore the cone of the volcano looks much lower and farther than from this place. This suggests that I climbed high above the sea. 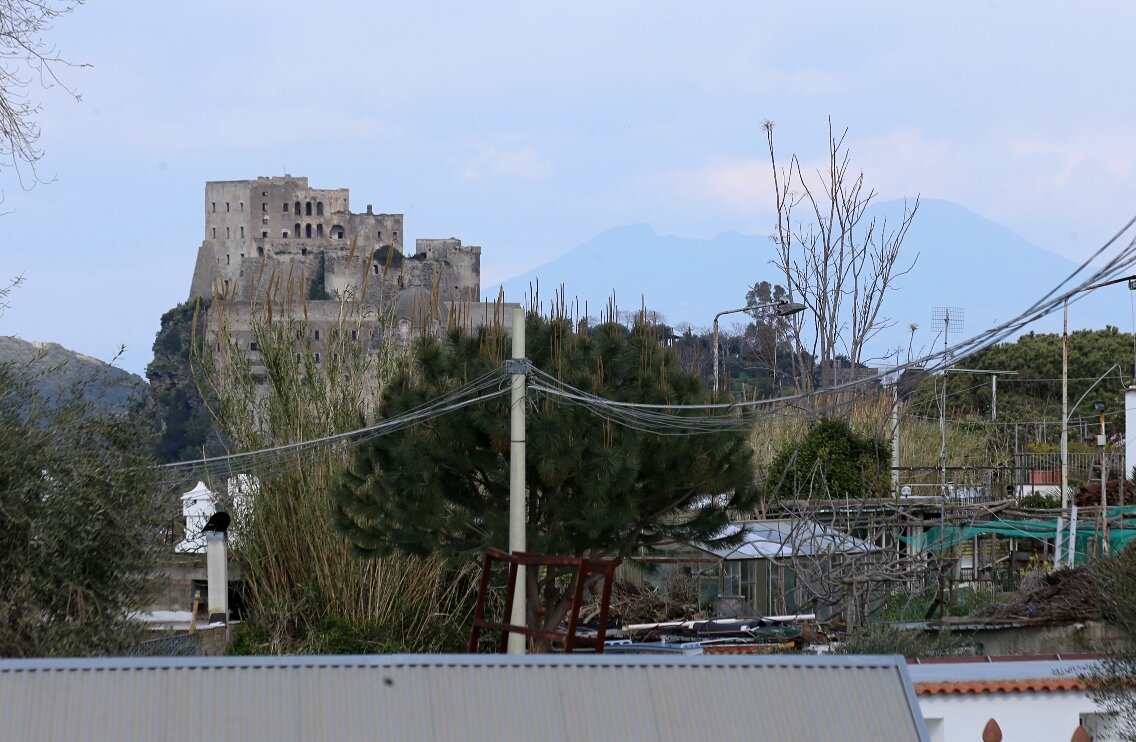 On the left was a view of the sea, and the Vivara island, the smallest in the Phlegraean archipelago. After Vivara visible Procida, and even further - the continental shore near Pozzuoli. 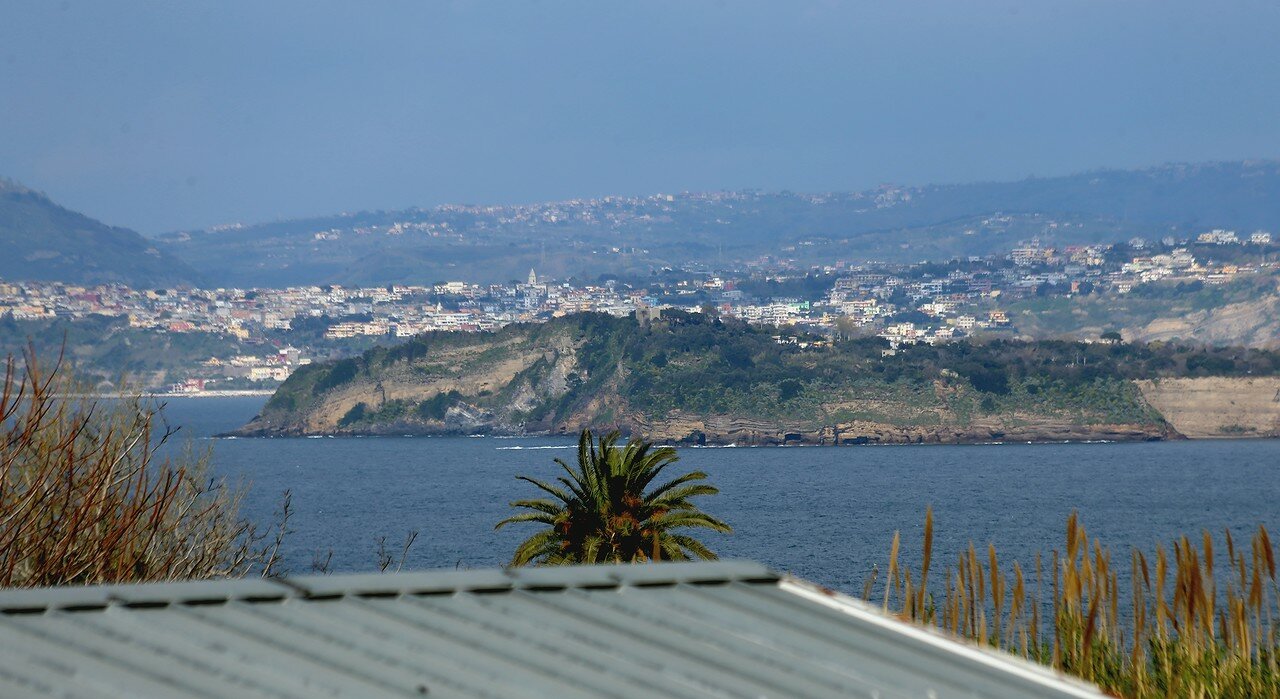 Back to the intersection, I went to Via Montetignuso. Soon ahead I saw a futuristic structure. 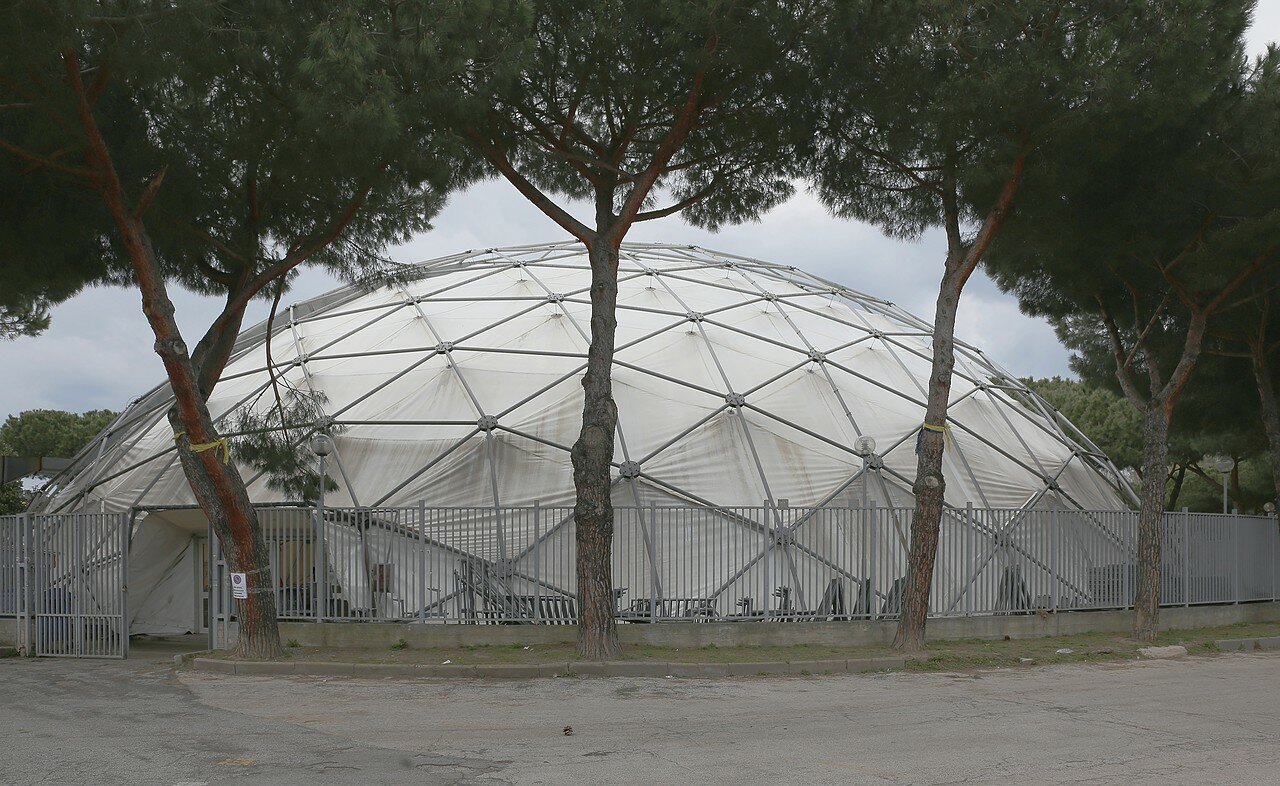 It was a sports arena with a soft roof, located next to the Enzo Mazzella stadium, opened in 1988. The stadium seats 5,000 spectators and is the main sports arena of the island, where the football team "Ischia Isolaverde". 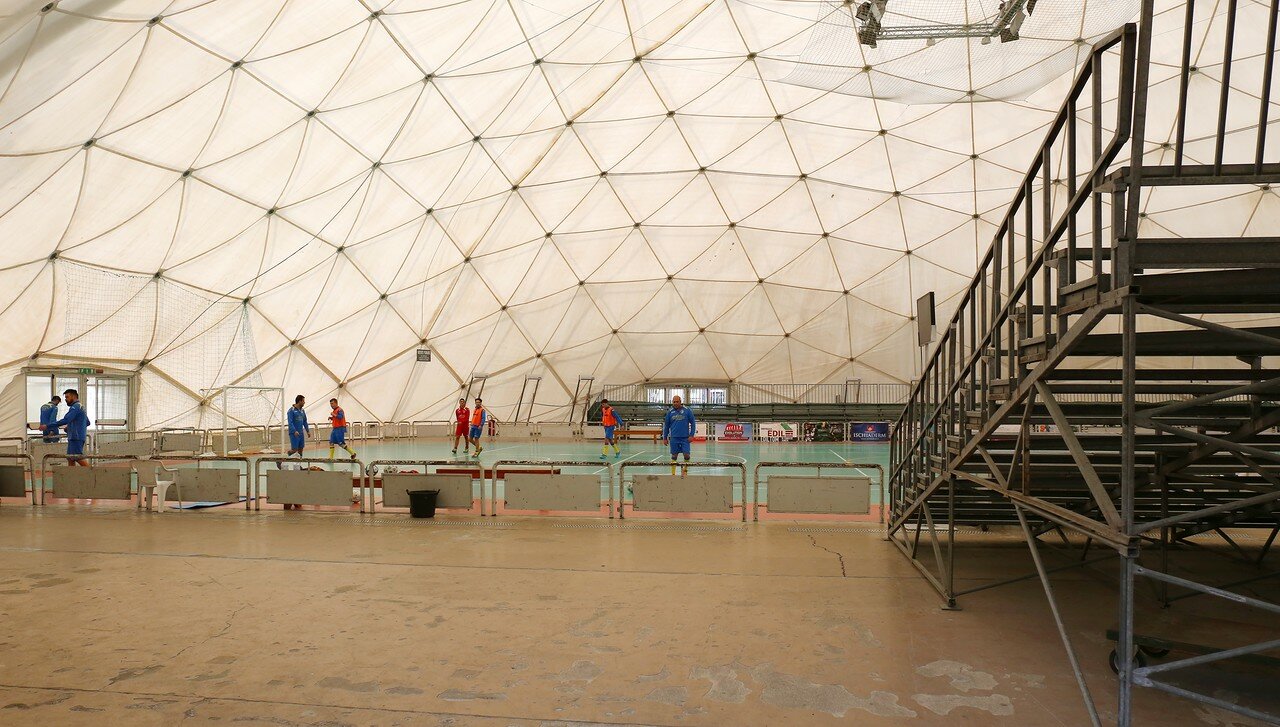 The hall is a real greenhouse so that under the scorching summer sun without a powerful air conditioning system is unlikely anyone will want to play sports. 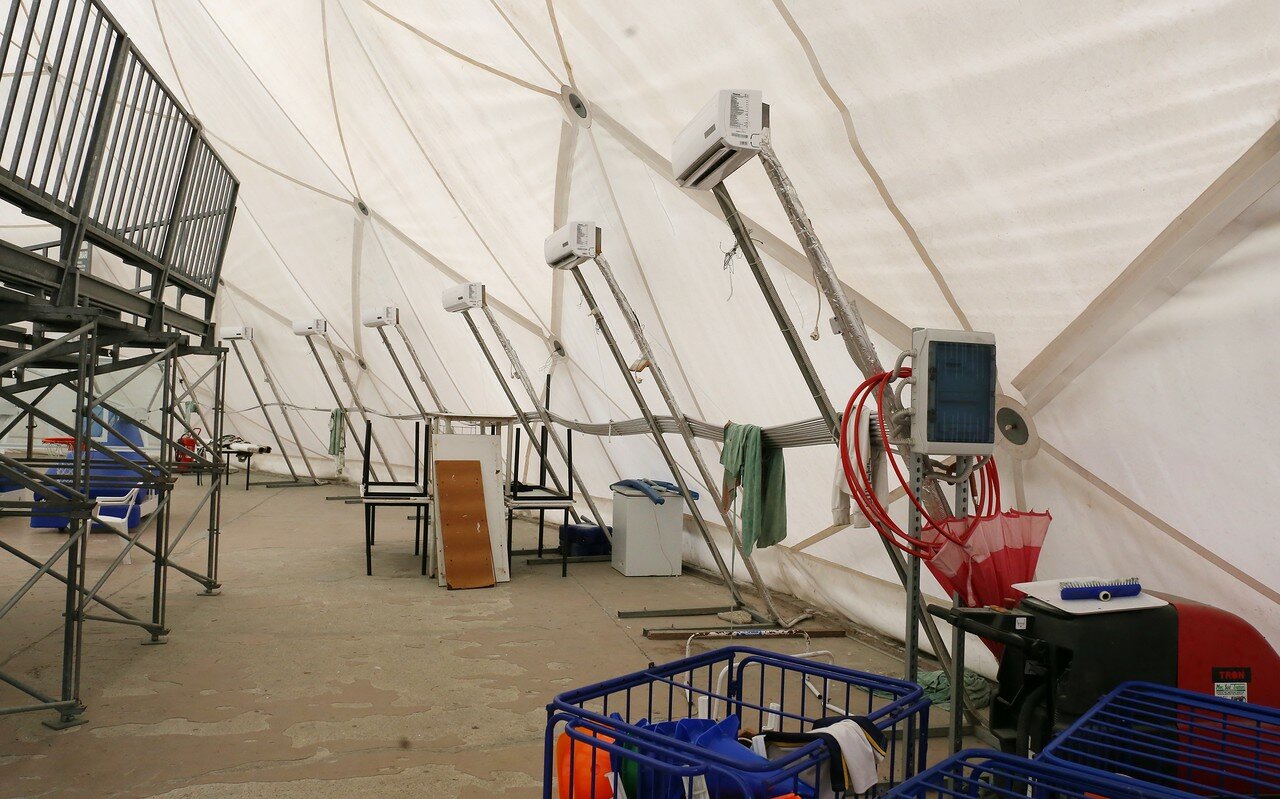 After passing another intersection, I went to Via Leonardo Mazzella, one of the main highways Ischia Porto. 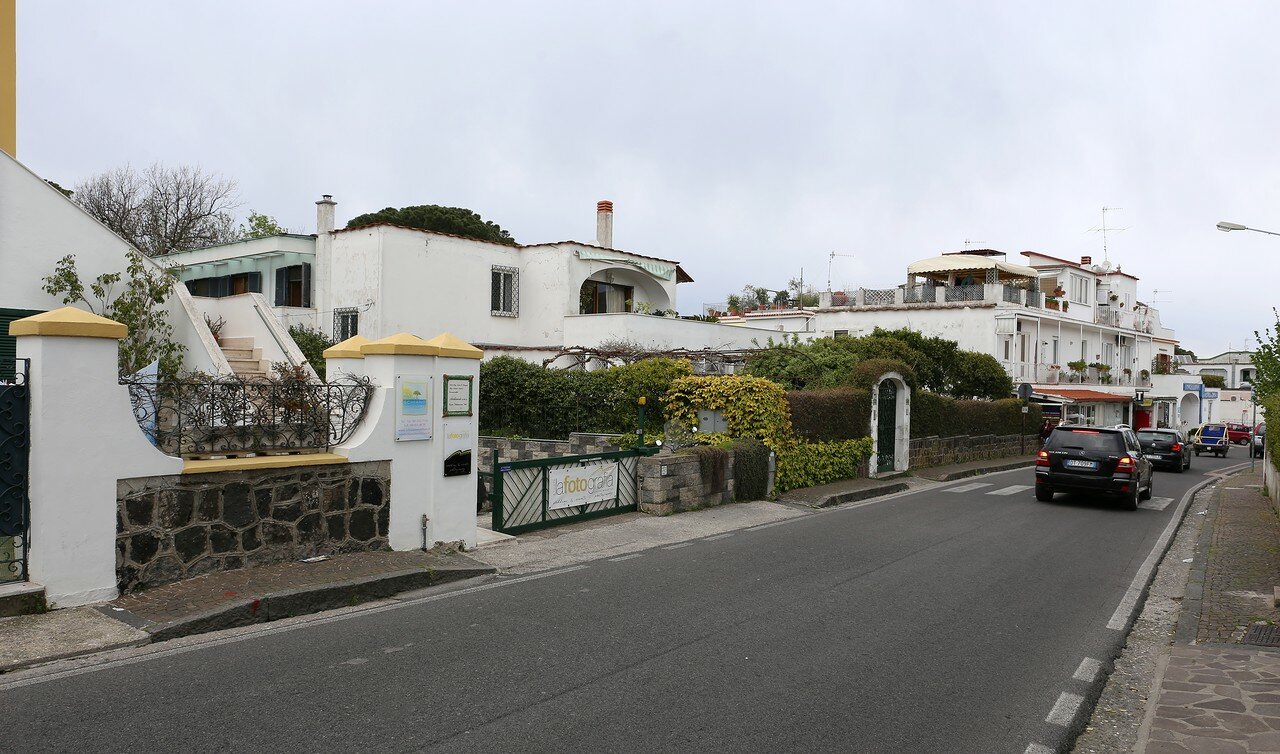 This area is marked on the map as Villa de Luca. 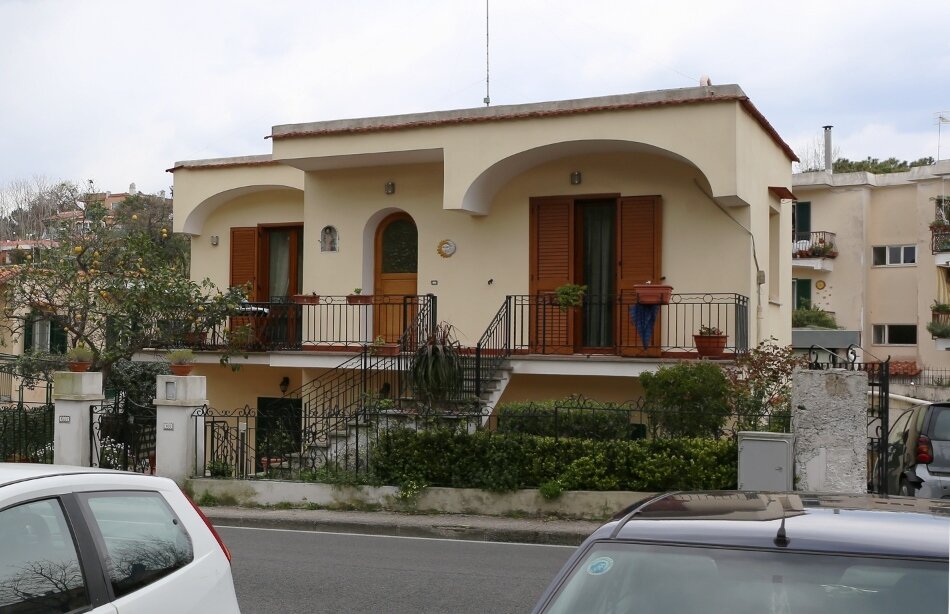 Despite the fact that the population of the town is only about 16 thousand people, there is even a "Dance Academy", which occupies a small veranda of a two-storey house. 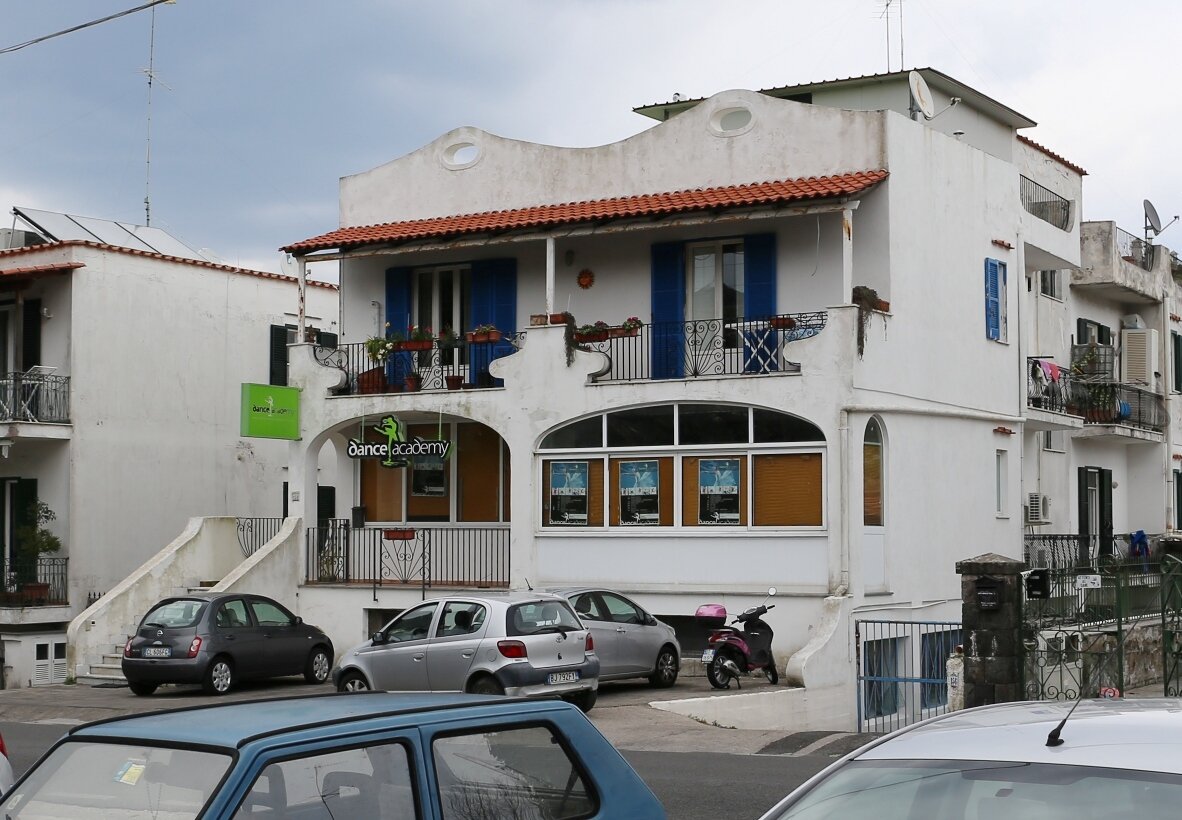 Closer to city center are more likely to come across small hotels with cozy terraces. 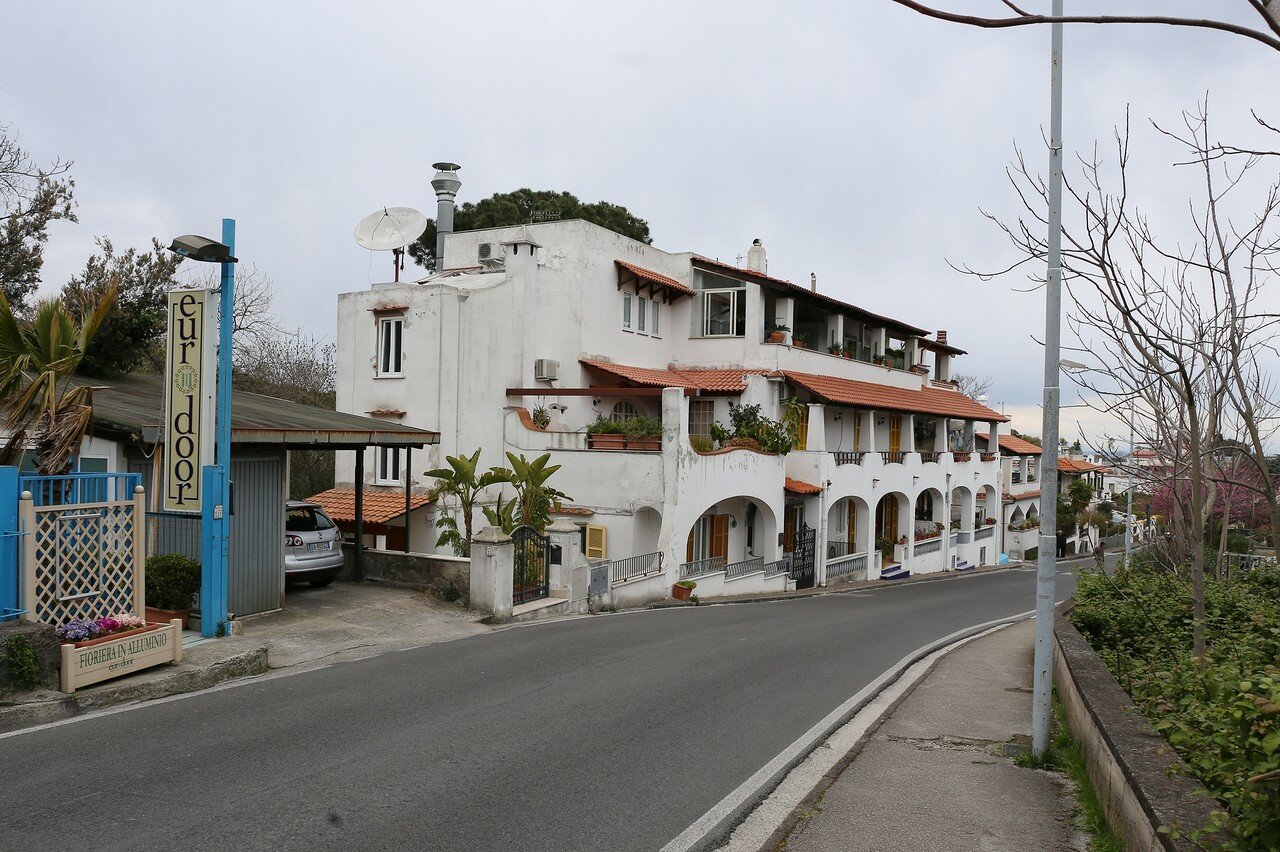 Meanwhile, the sun brightly shining 10-15 minutes ago fell under the dark clouds, the wind rose and the sky flew the first drop. I hid the camera in my bag and hurried to my hotel, which, according to the map, was already very close.