Getting out of the impasse back on Via Gian Battista Vico, I went further, already guided by the map. 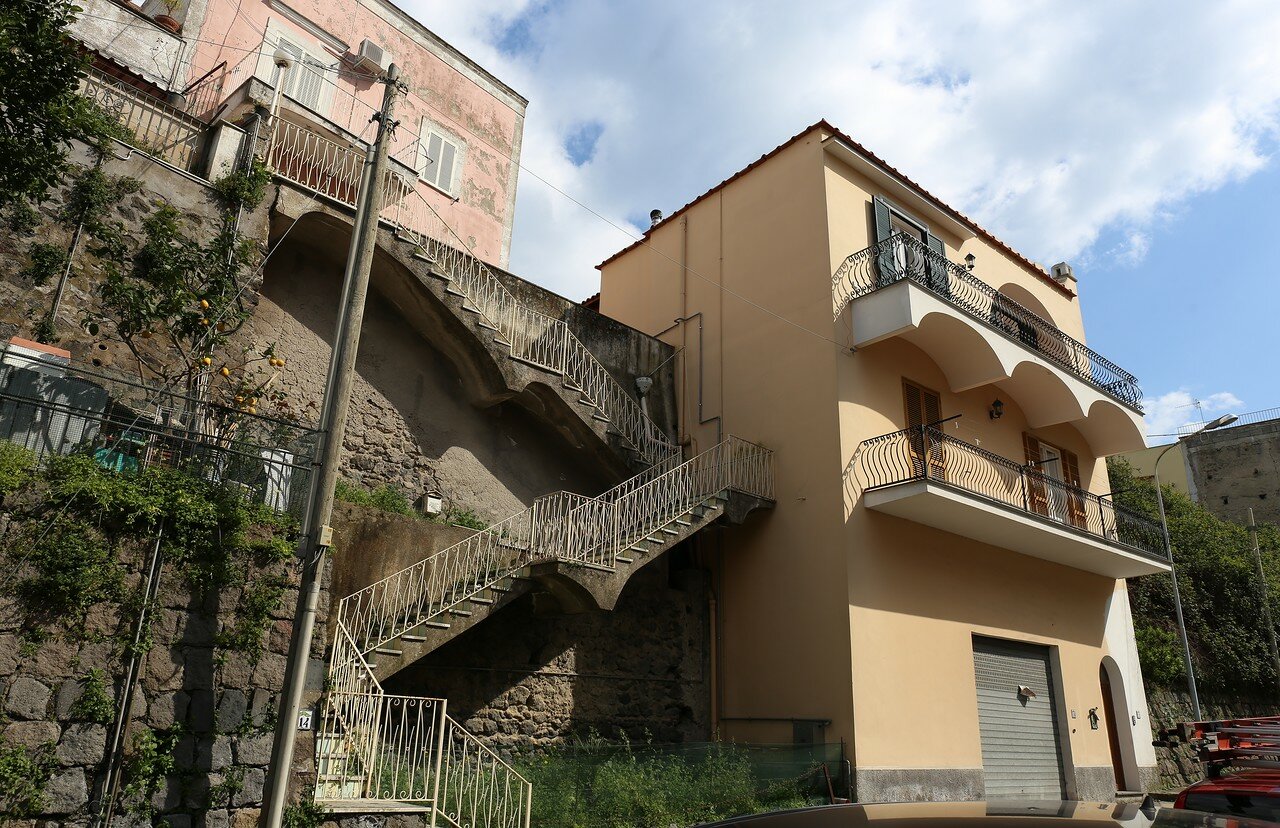 Chasing, decorating the door niches, where there are meters of gas and water. It would seem, overkill...but it is beautiful Also nice to see a sign with the house number. The ability of Italians to turn even the most utilitarian thing into an element of decor is simply amazing. 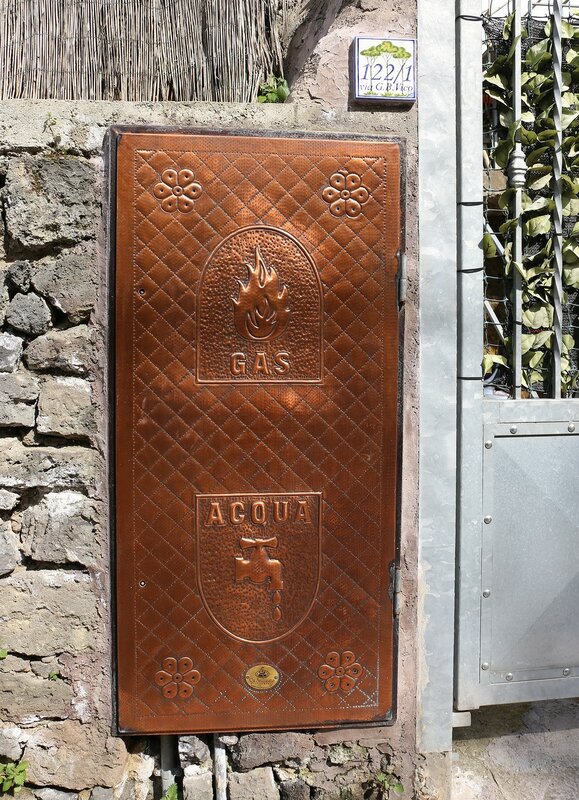 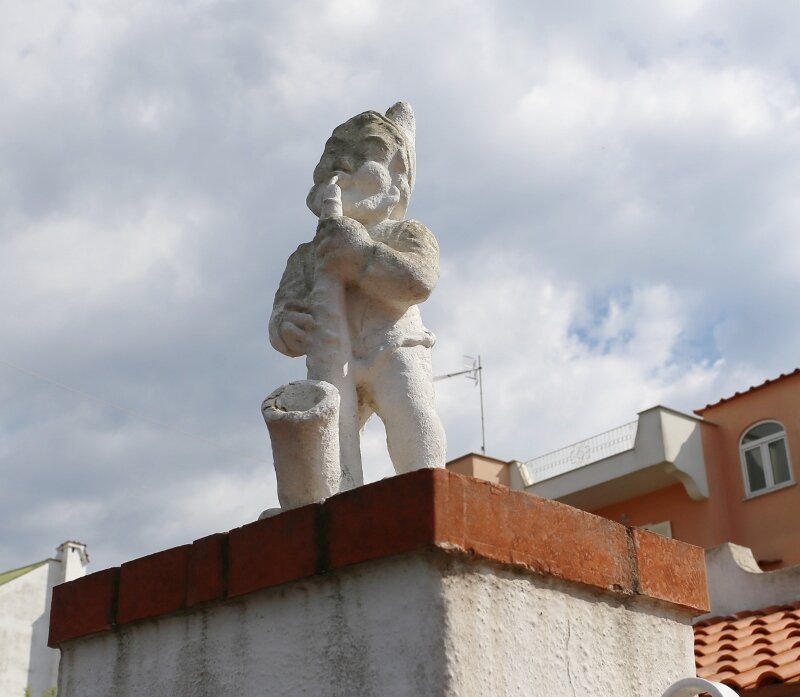 Figures of gnomes playing musical instruments are especially popular on the island. I've seen them here a lo. 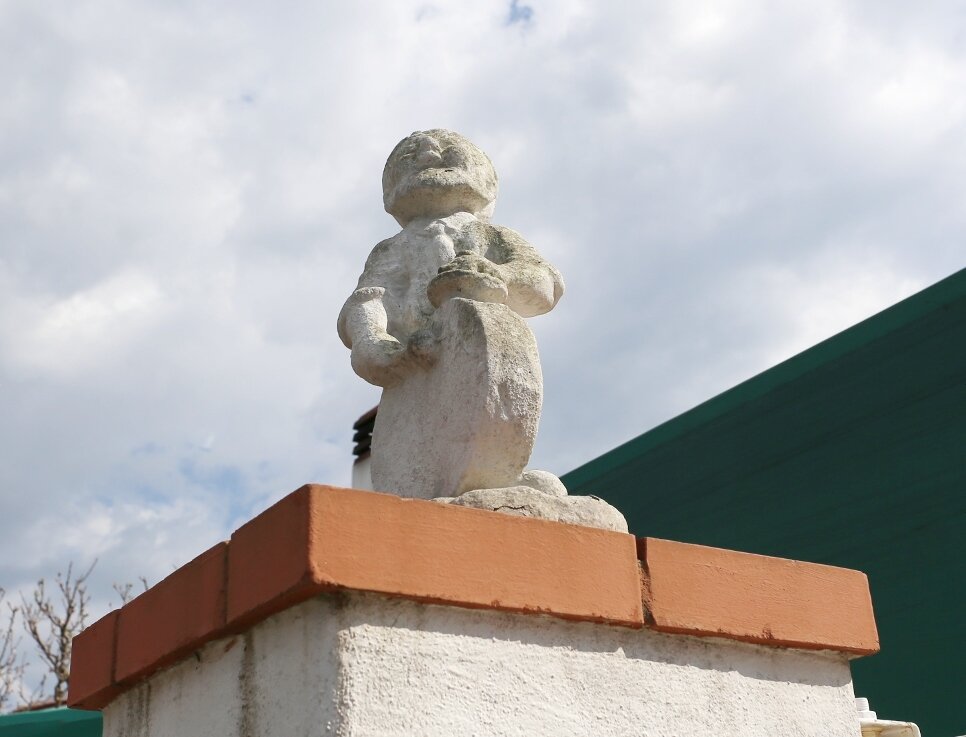 House for several families, each apartment has a separate entrance, and a small courtyard, even if it is located on the second floor. 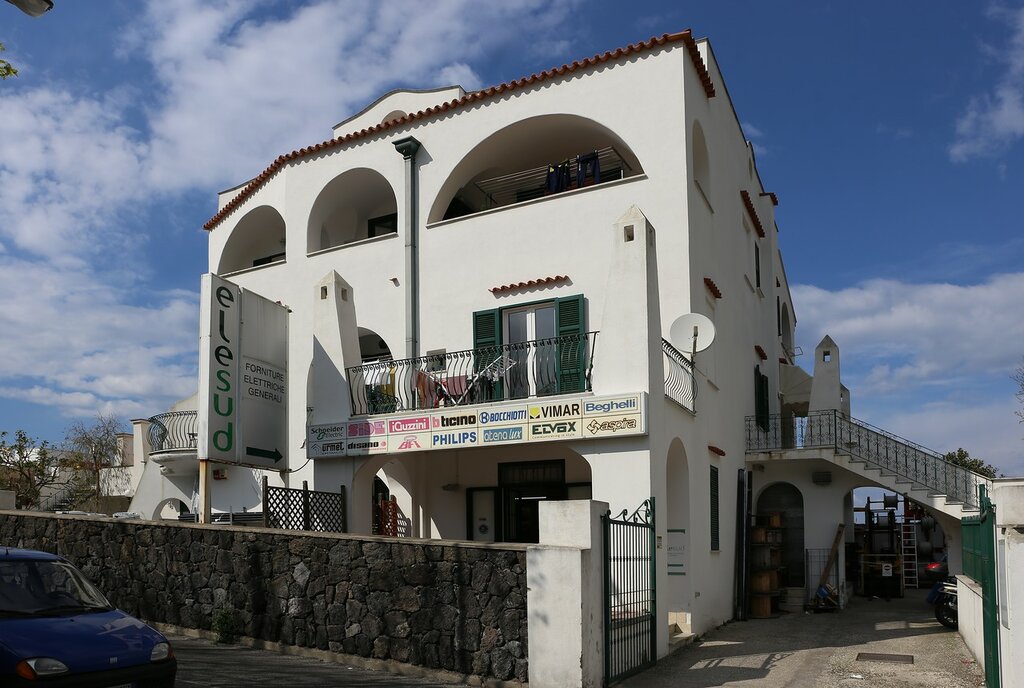 One of the rooms of the lower floor is a shop of electrical products. 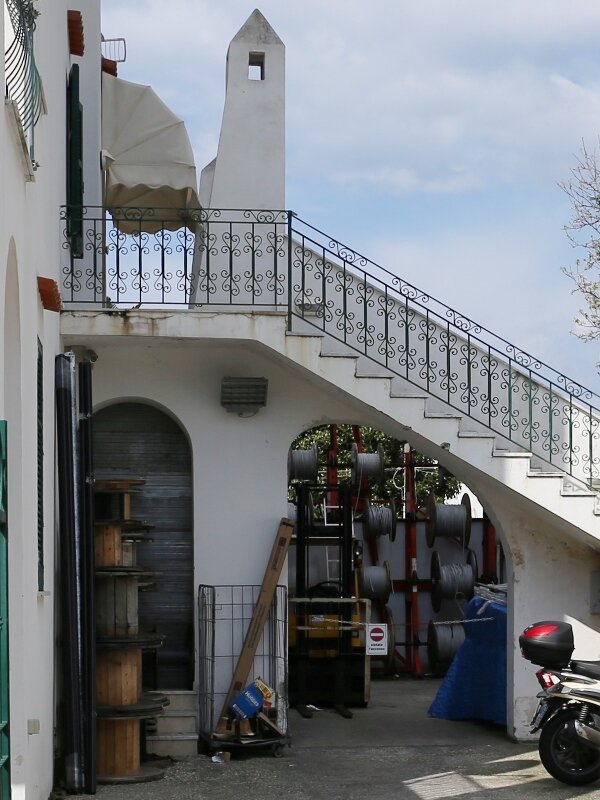 If you can decorate the body of the smartphone with flowers, why not do it with the car? 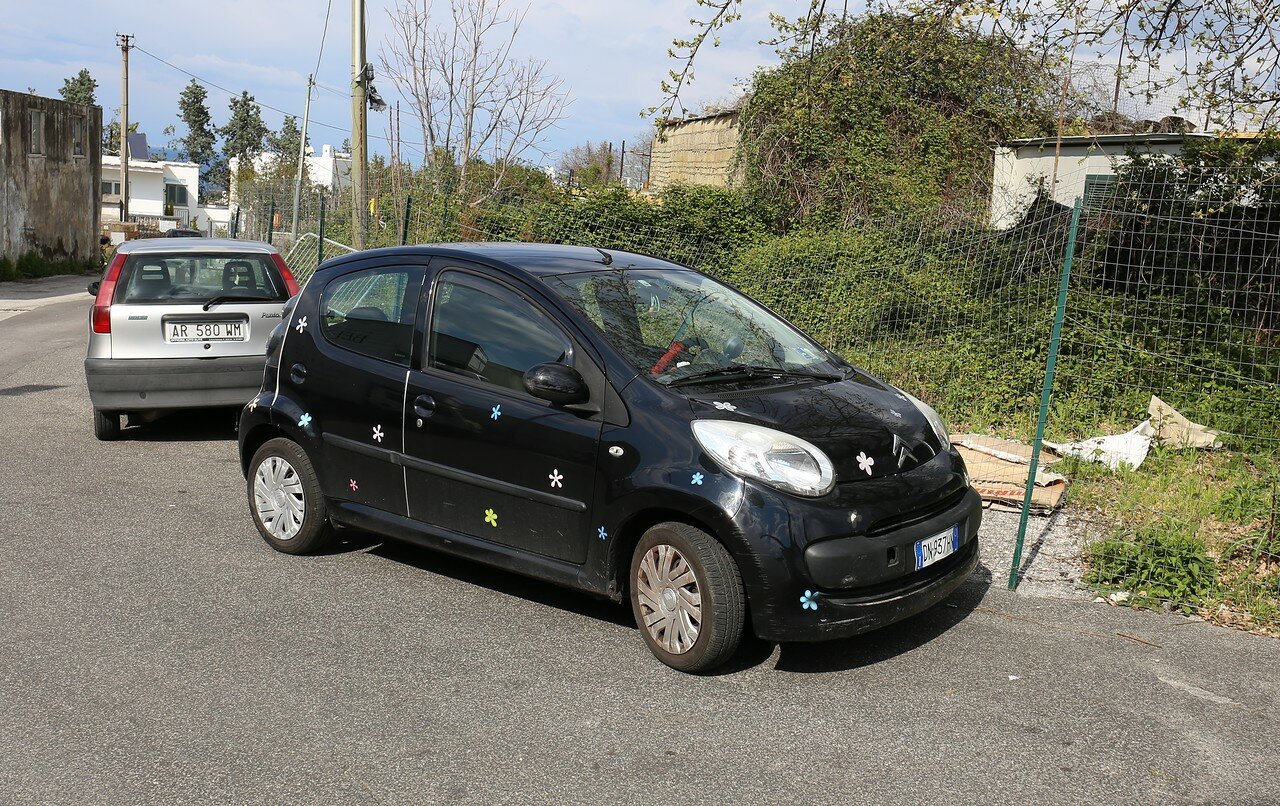 Orientated on the map, I found that I got to the area of Mazzella, which opened a view of the Pilastri, known medieval aqueduct. 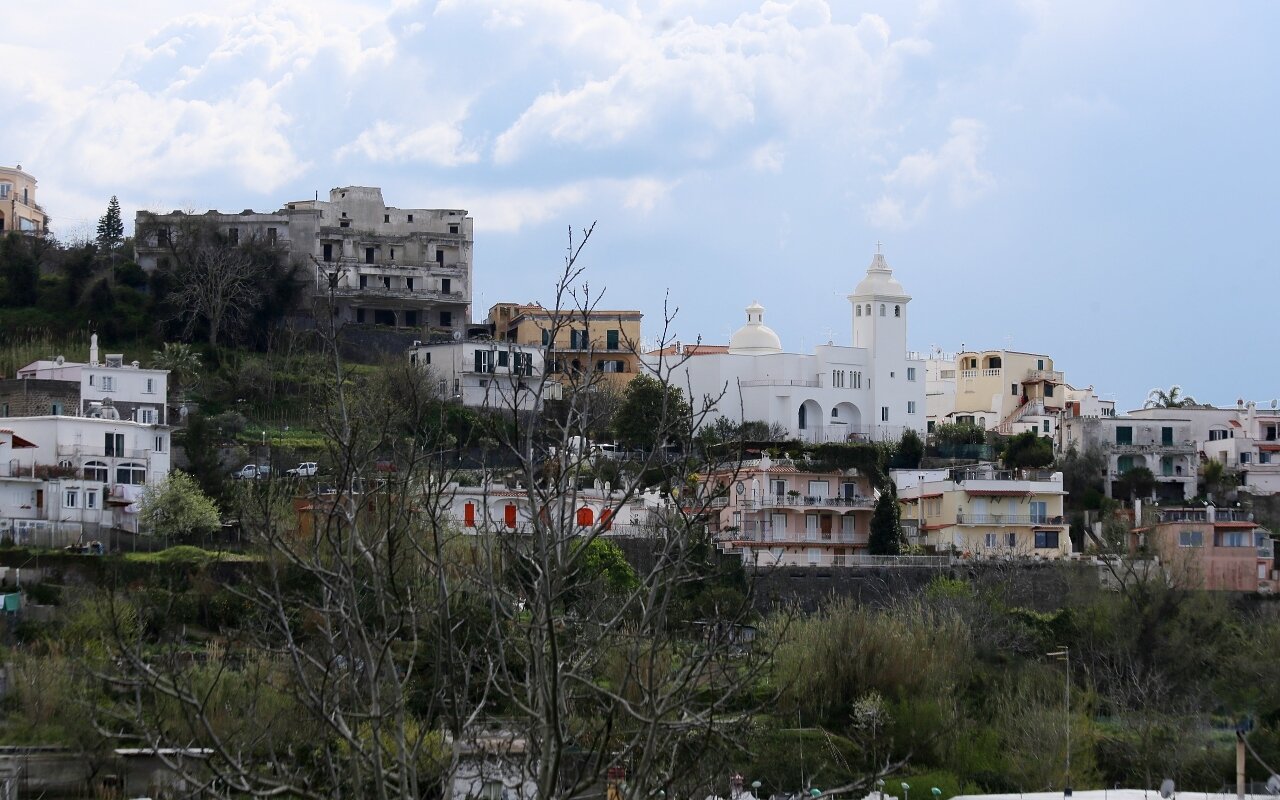 On the hill, a white Church of Sant'antonio abate. 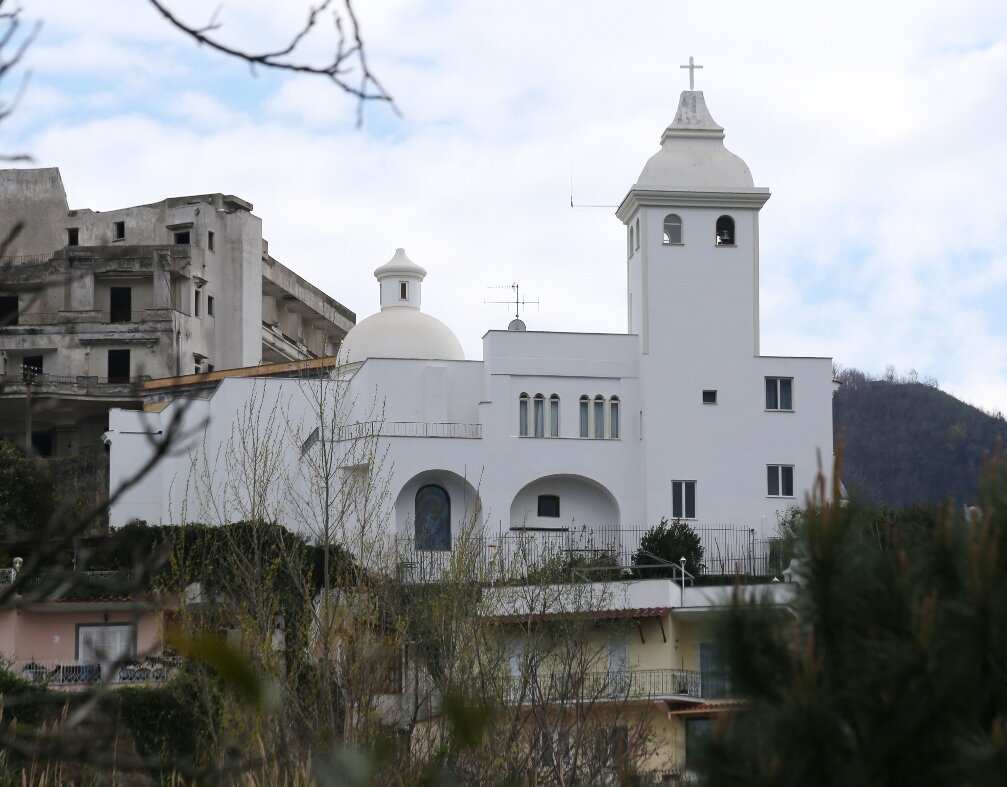 Nearby you can see the abandoned hotel building. 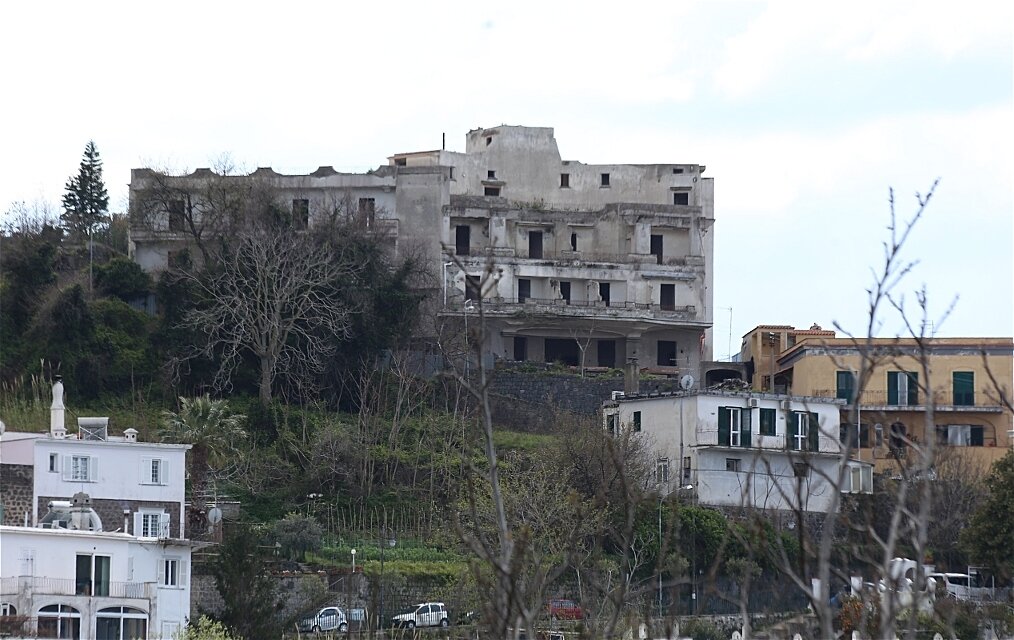 In the east rises mount Torrone, a height of 377 meters, at its foot is visible Annunziata Church. 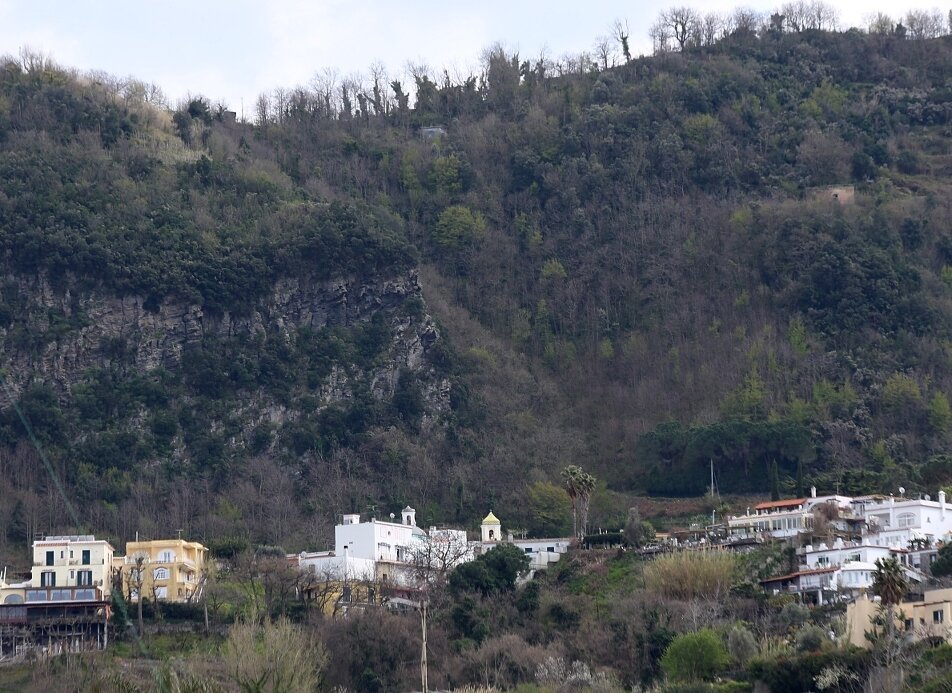 In the west, the slopes of the hills extend, similar to layer cake. 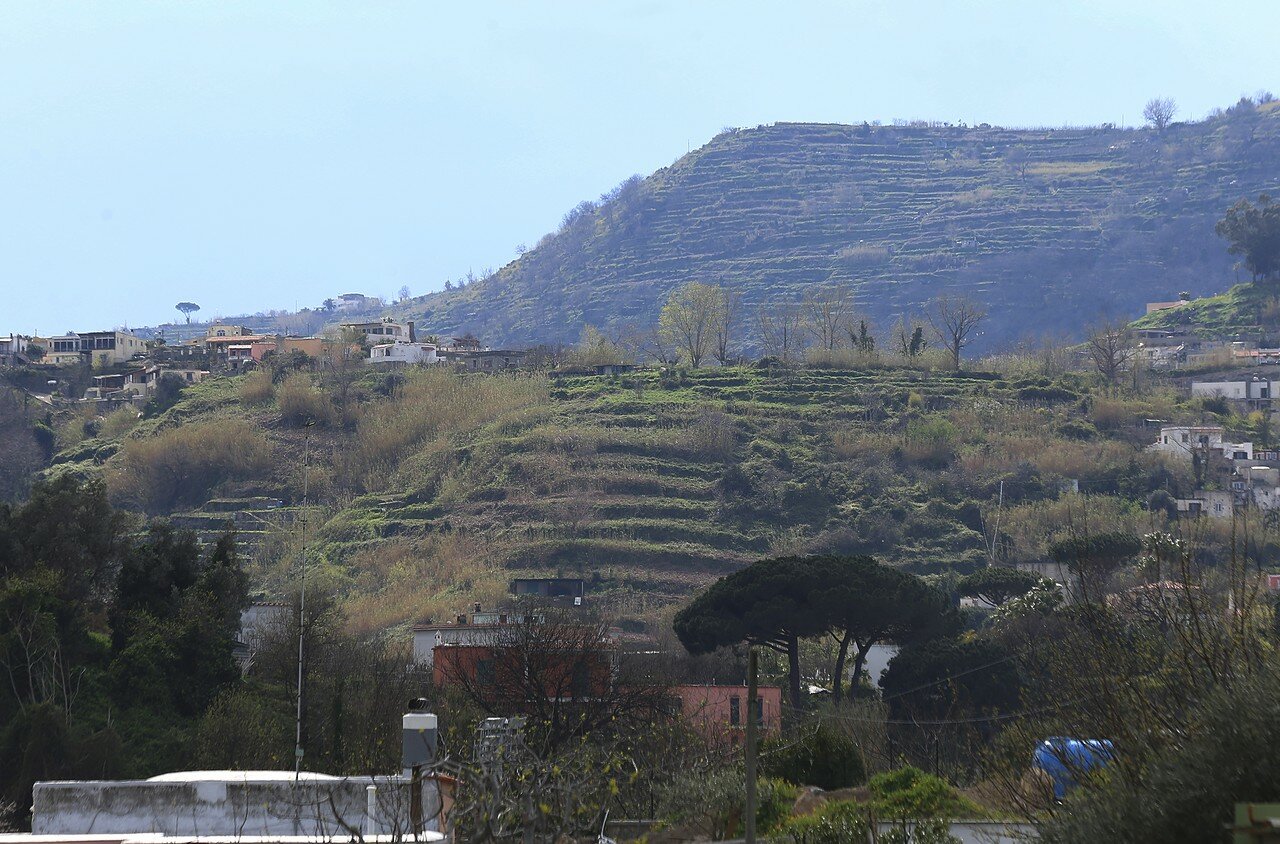 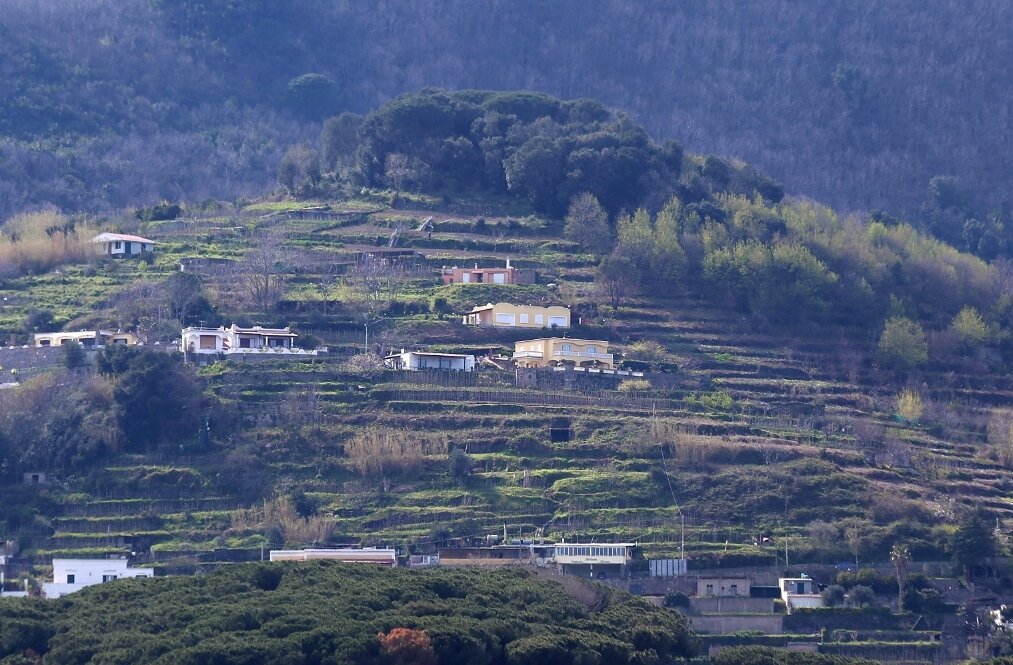 The road was in the direction of the aqueduct, but I postponed his visit the other day, as it went to the evening. 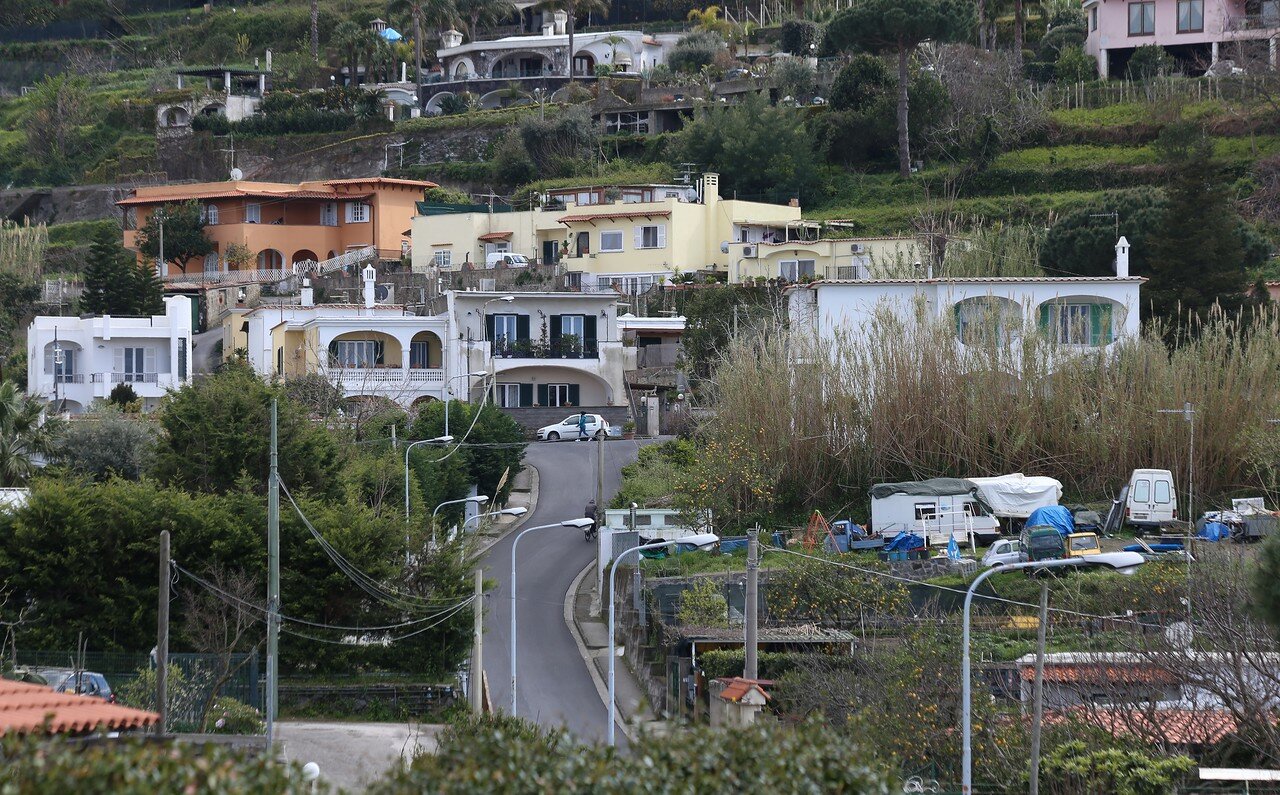 Another example of local architecture. It seems to be nothing special, but stone cladding and curved stairs give the building a personality. 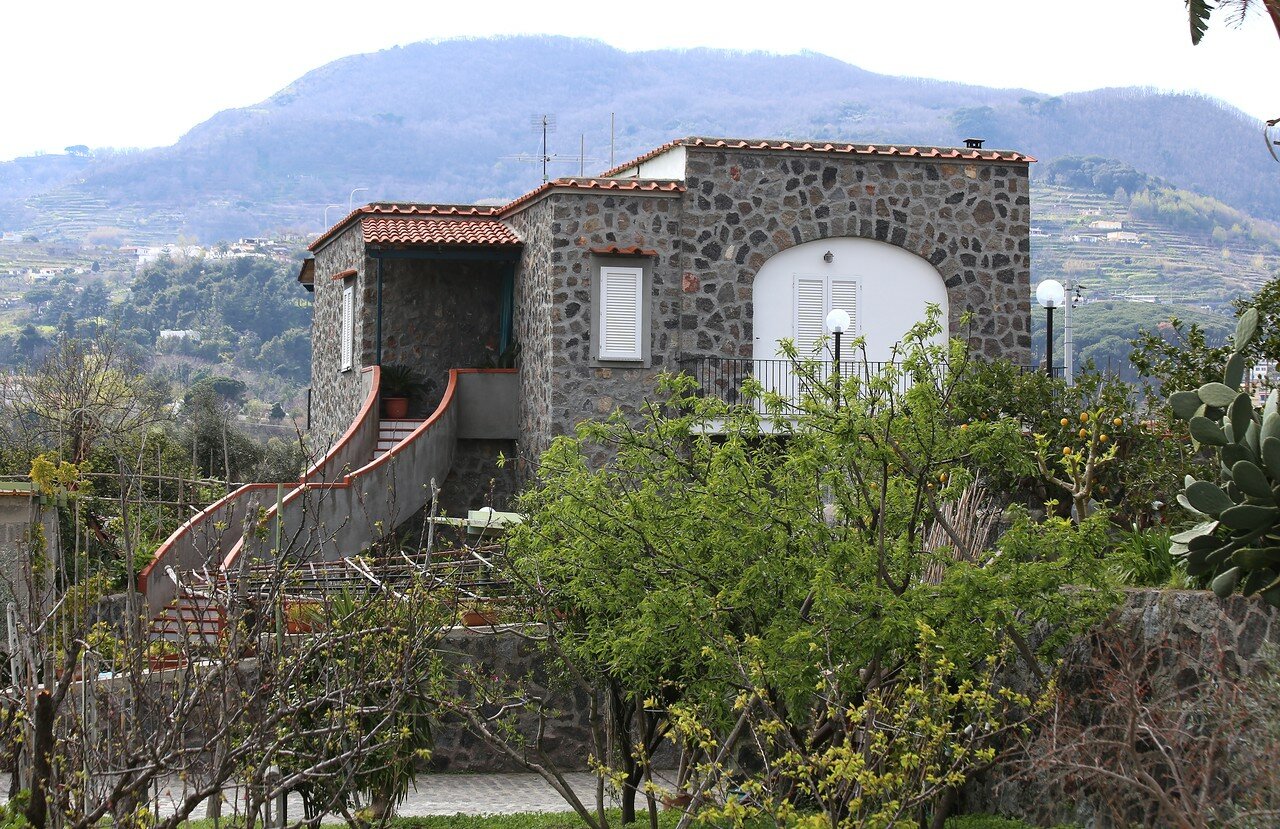 Typical of Ischia, is a low-rise apartment building. Again, each apartment has a separate entrance and a garden courtyard. With some stretch it can be defined as " townhouse". 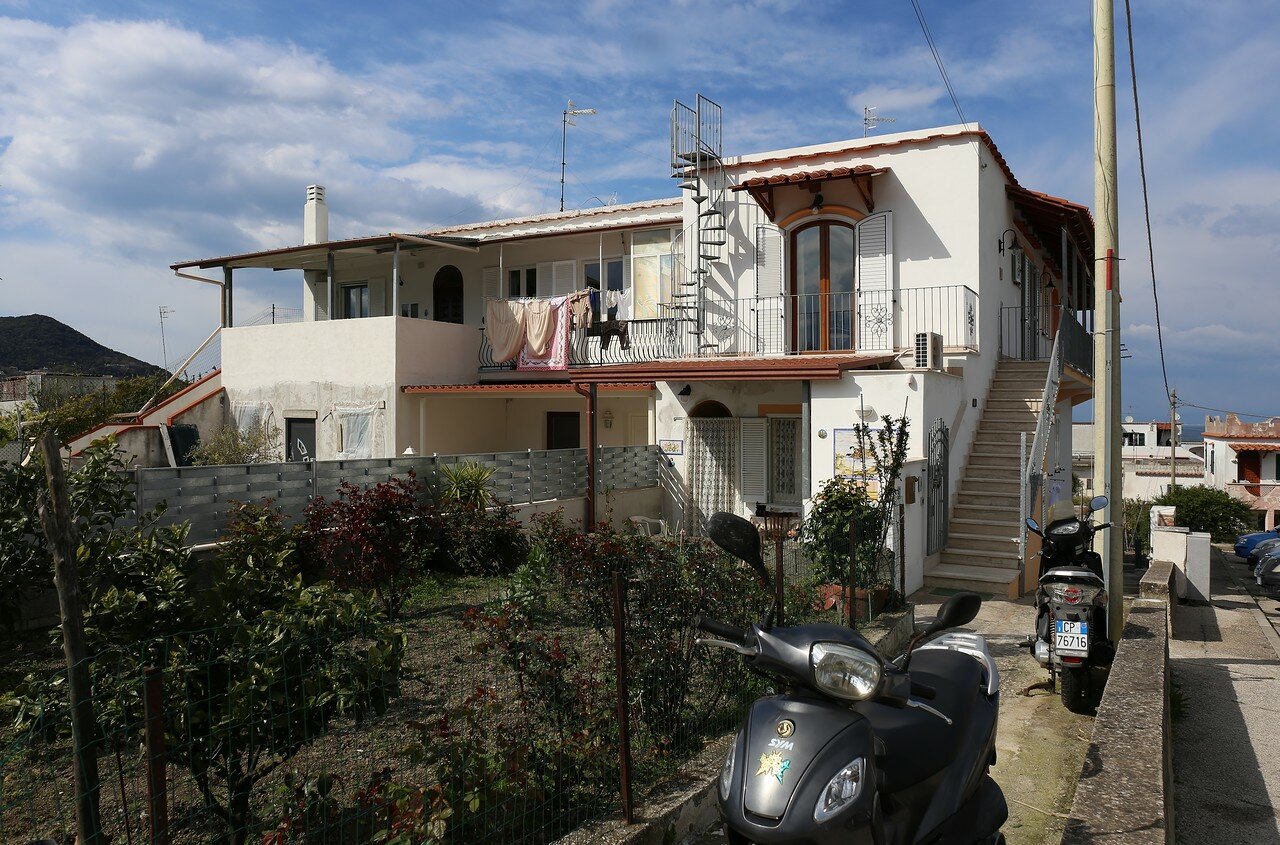 It is very nice to decorate with flowers not only your site, but also the total area. 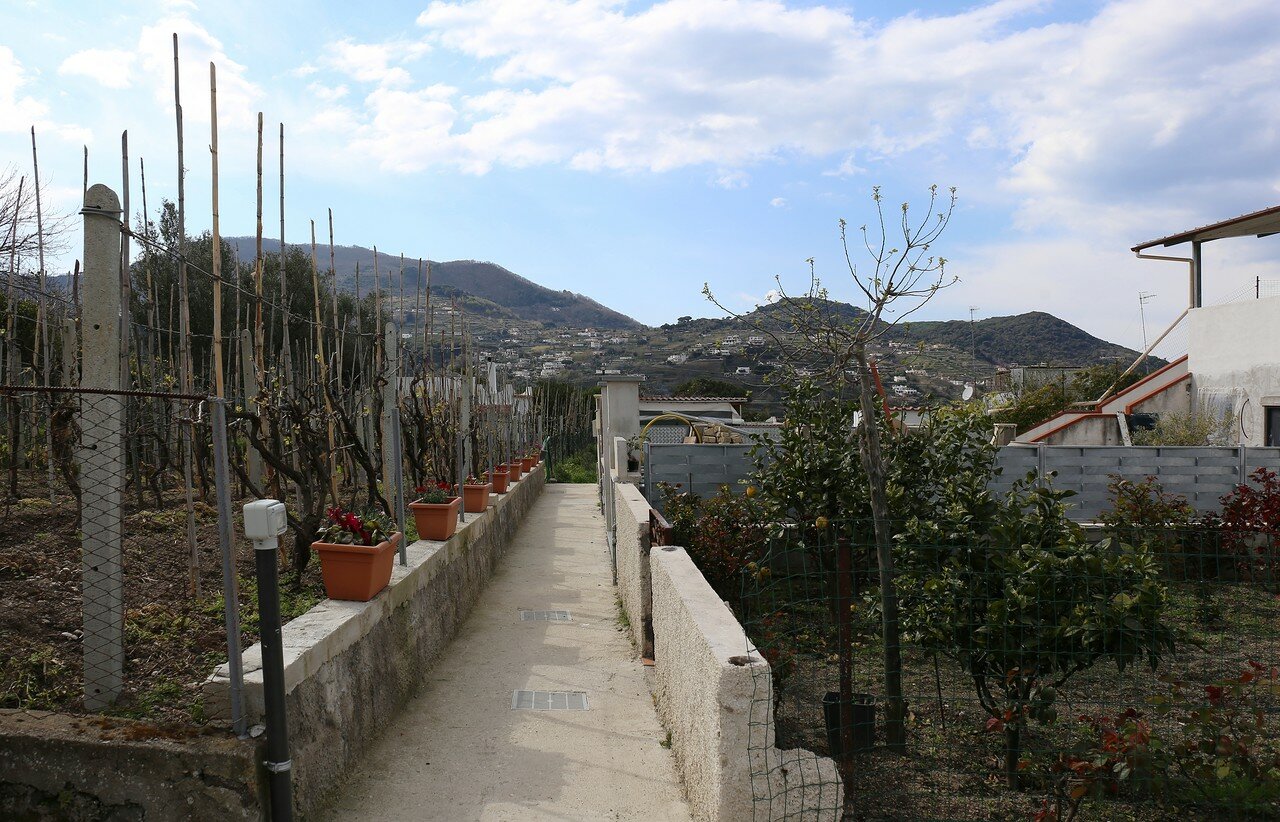 Budget solution for cargo transportation. On such "two-wheeled trucks" the owners of small vegetable gardens transport their products to the market, cafes and restaurants. 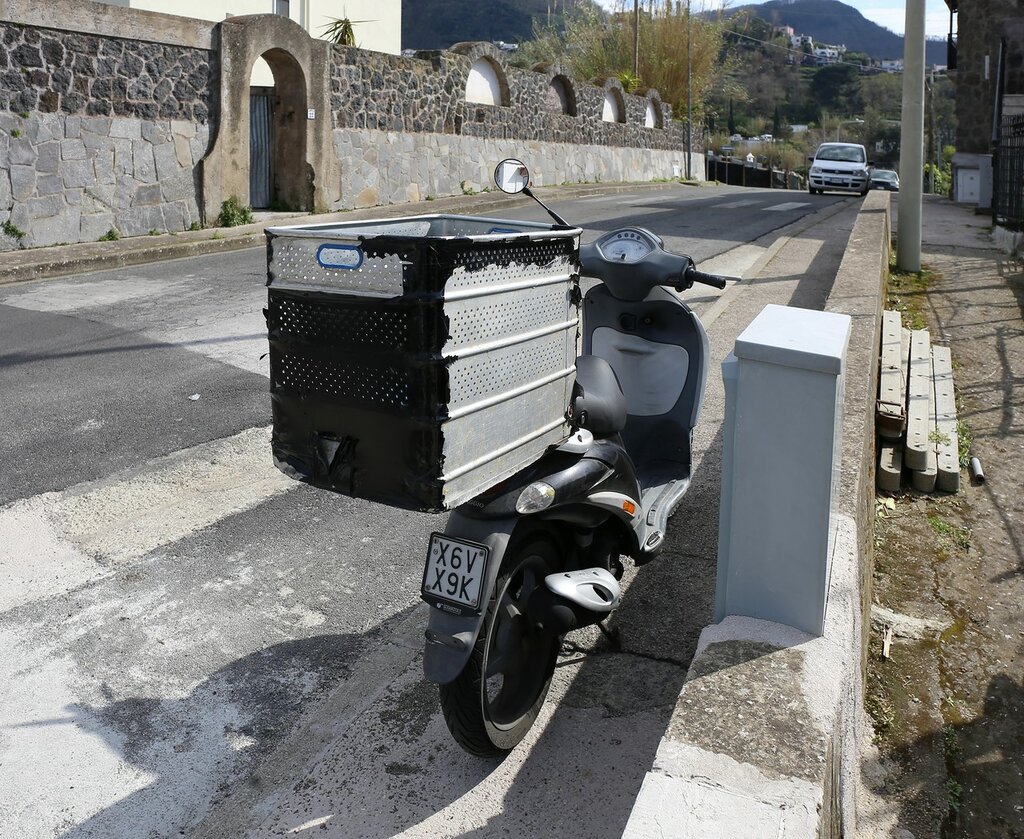 The look of this house is enlivened by elements of Art Nouveau style. Although the Windows of this form I later met on the island repeatedly, including in buildings built long before the appearance of this architectural style. 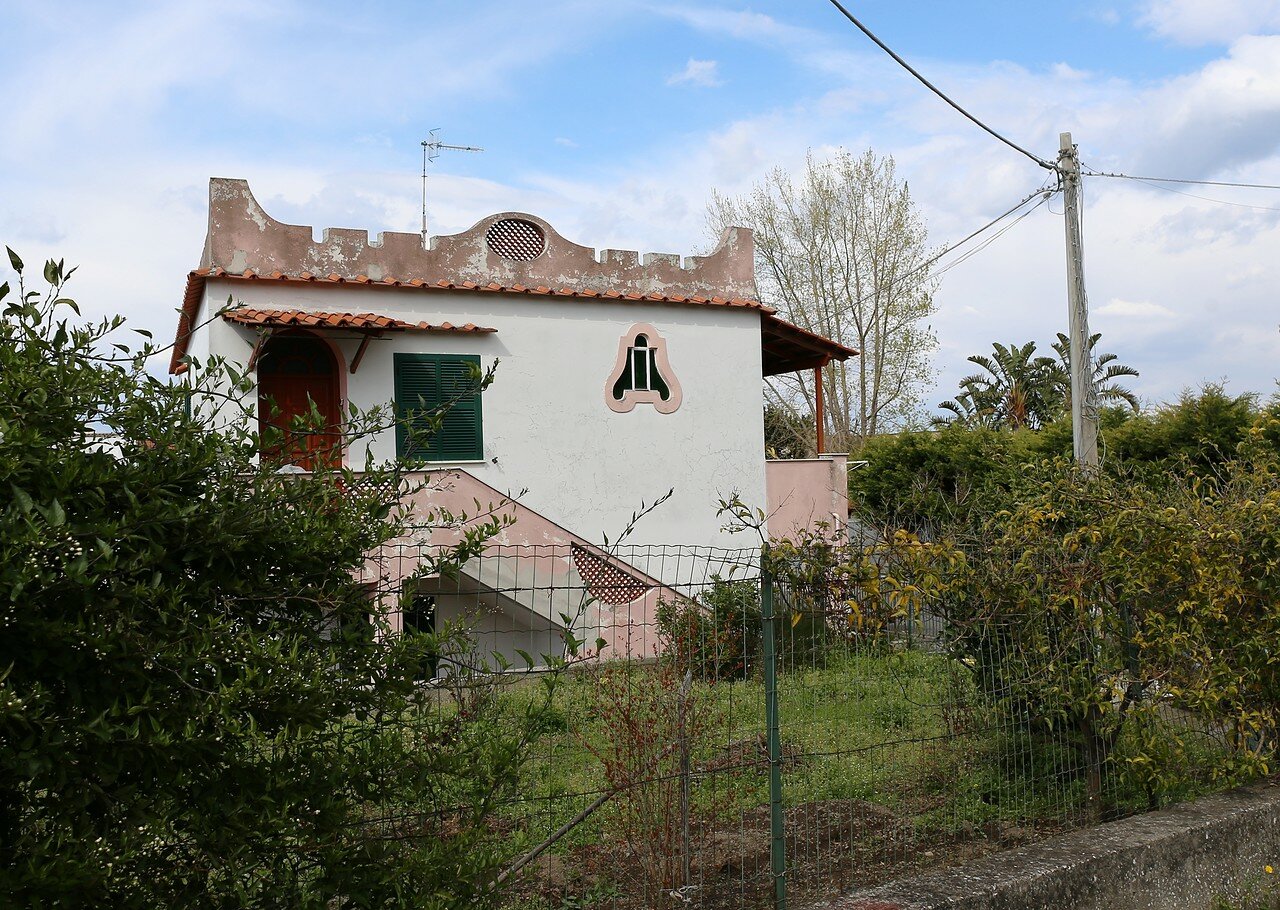