From the very beginning of my stay on the island, I never left the idea of meeting the sunrise on the beach, but everything did not work out - the sky was overcast, then a strong wind, then I overslept...On the last day, my inner voice woke me up at five-thirty in the morning. Looking out of the window, he saw a clear sky, which was just beginning to lighten, and judging by the foliage of the trees, it was calm. So I quickly dressed and hurried to Cape Molino (Ponte Molino on the map), where you can get the best view of the Aragonese castle and the beaches of Ischia-Ponte. 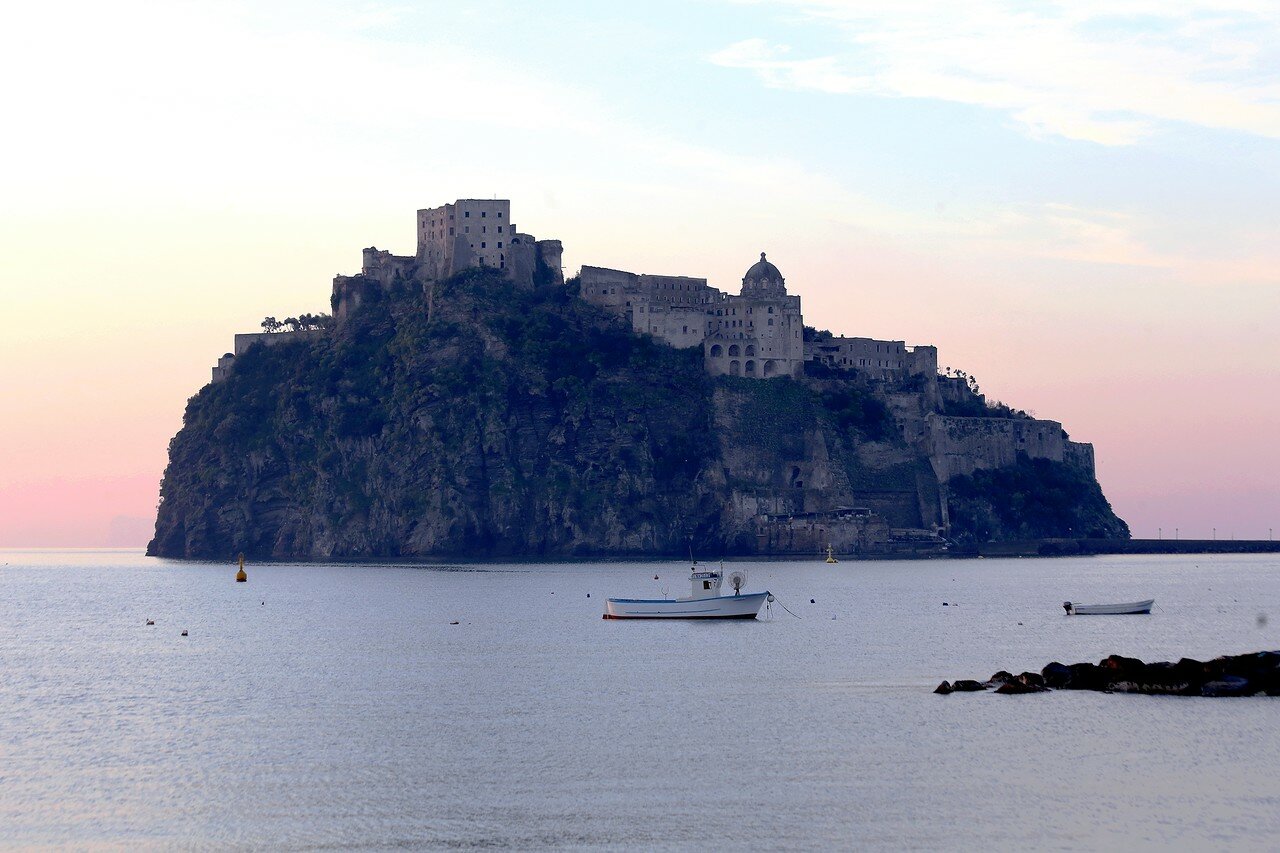 First of all , I pointed the lens to the northeast, where the sun's disk was about to appear over the horizon.

On the right were two six-o'clock ferries heading from Ischia to Naples. Flights to the island are operated by competitors Caremar and Medmar, their vessels recover at about the same time, but usually one goes directly to Naples, the other does not call at Procida. 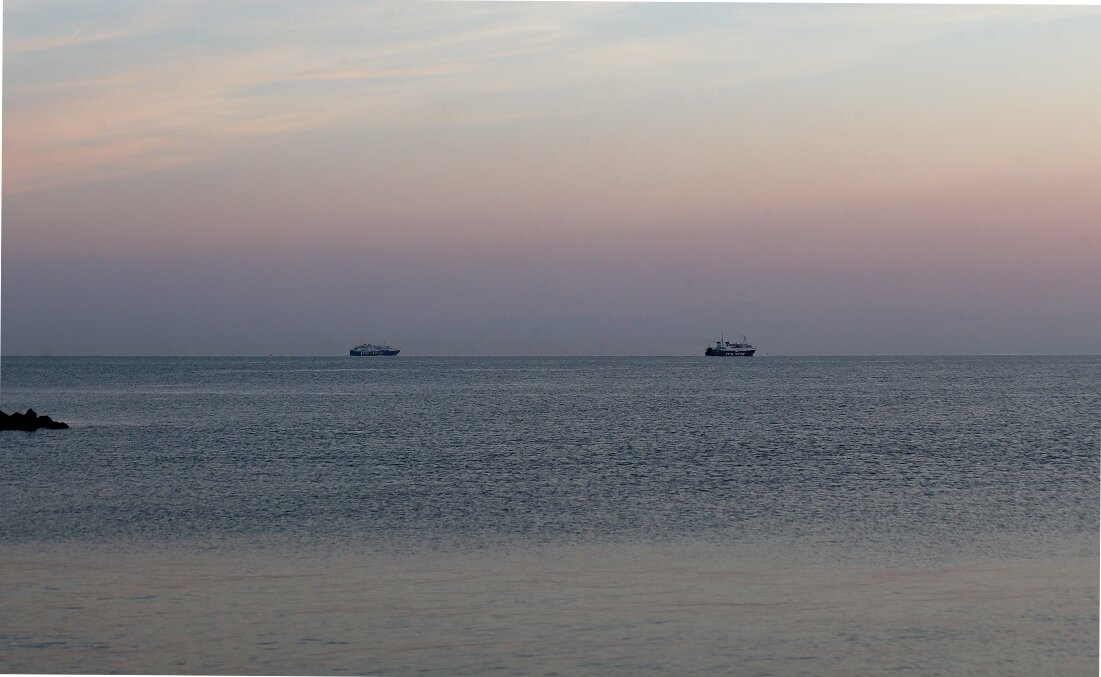 The horizon at the place of sunrise covers the island of Procida. 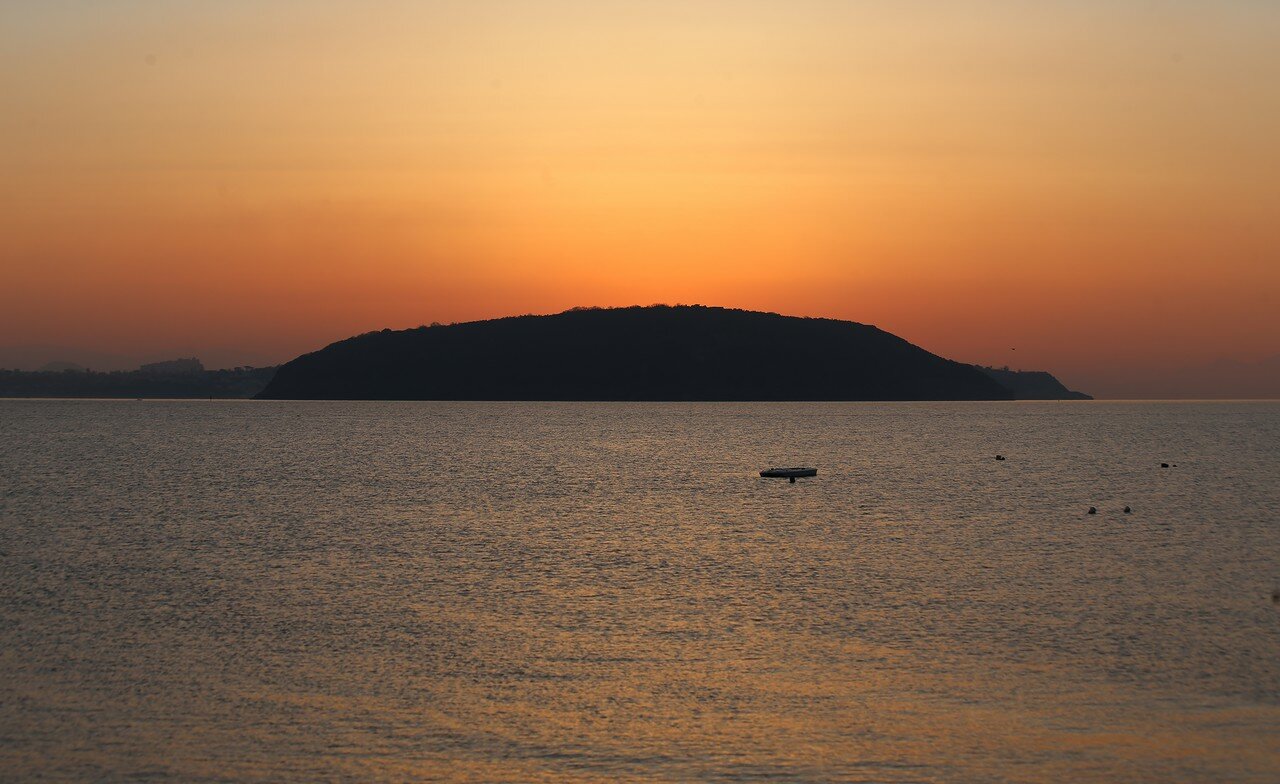 But its first rays are already illuminating the upper part of the castle. 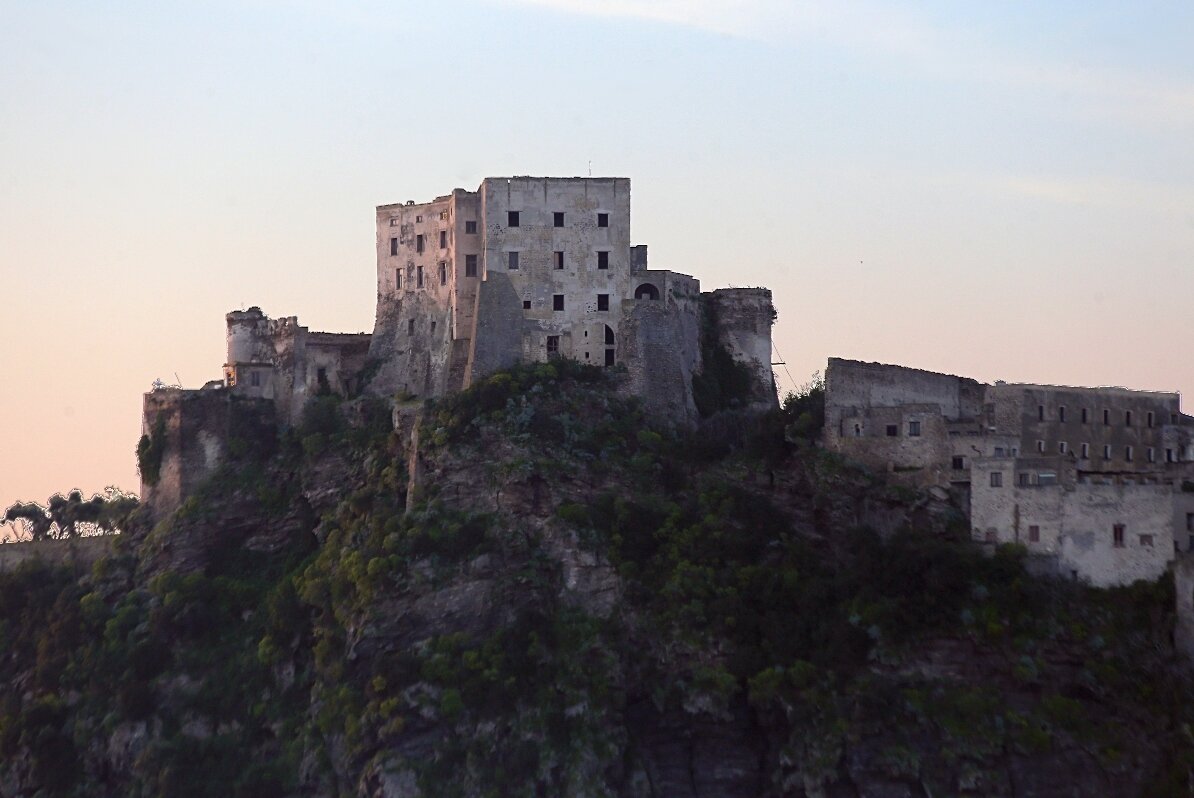 Finally, because of the island , a colorful segment of the heavenly bodies. 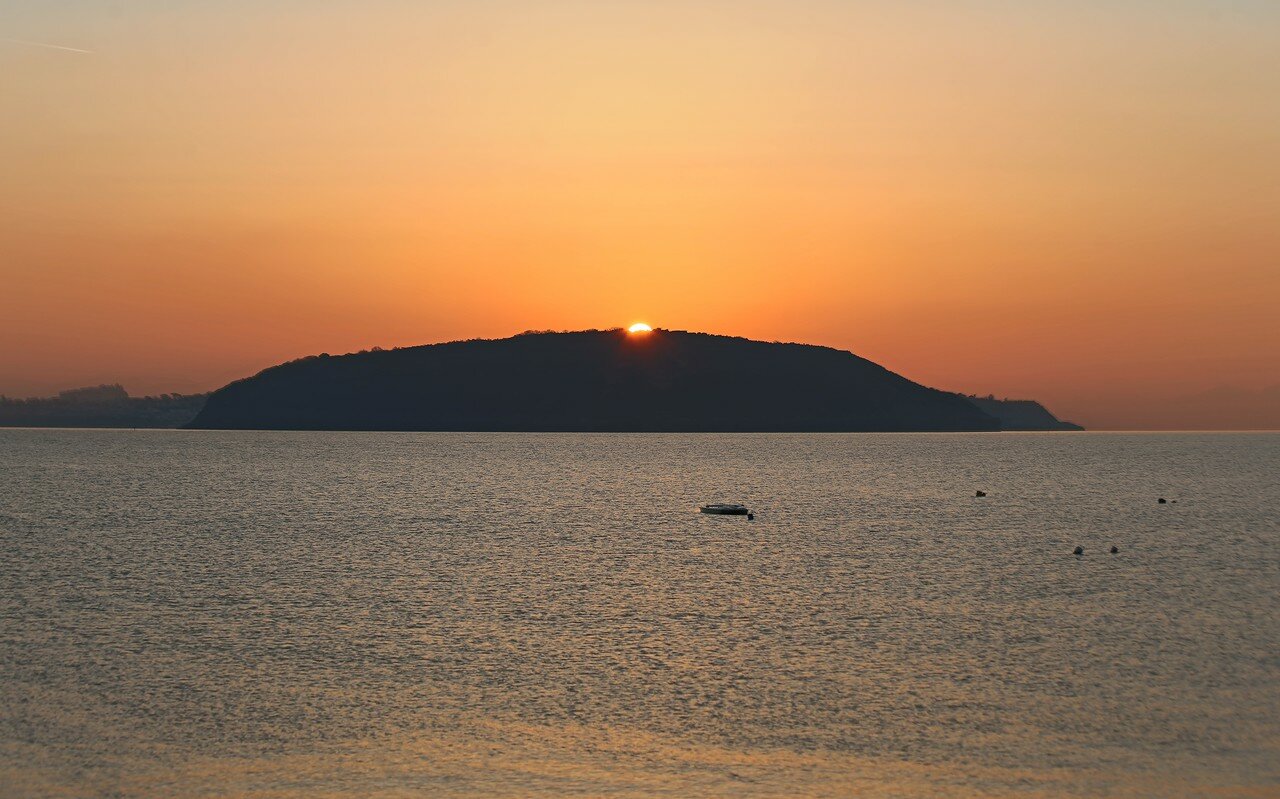 The sun's disk was already halfway out, leaving a crimson trail across the sea. 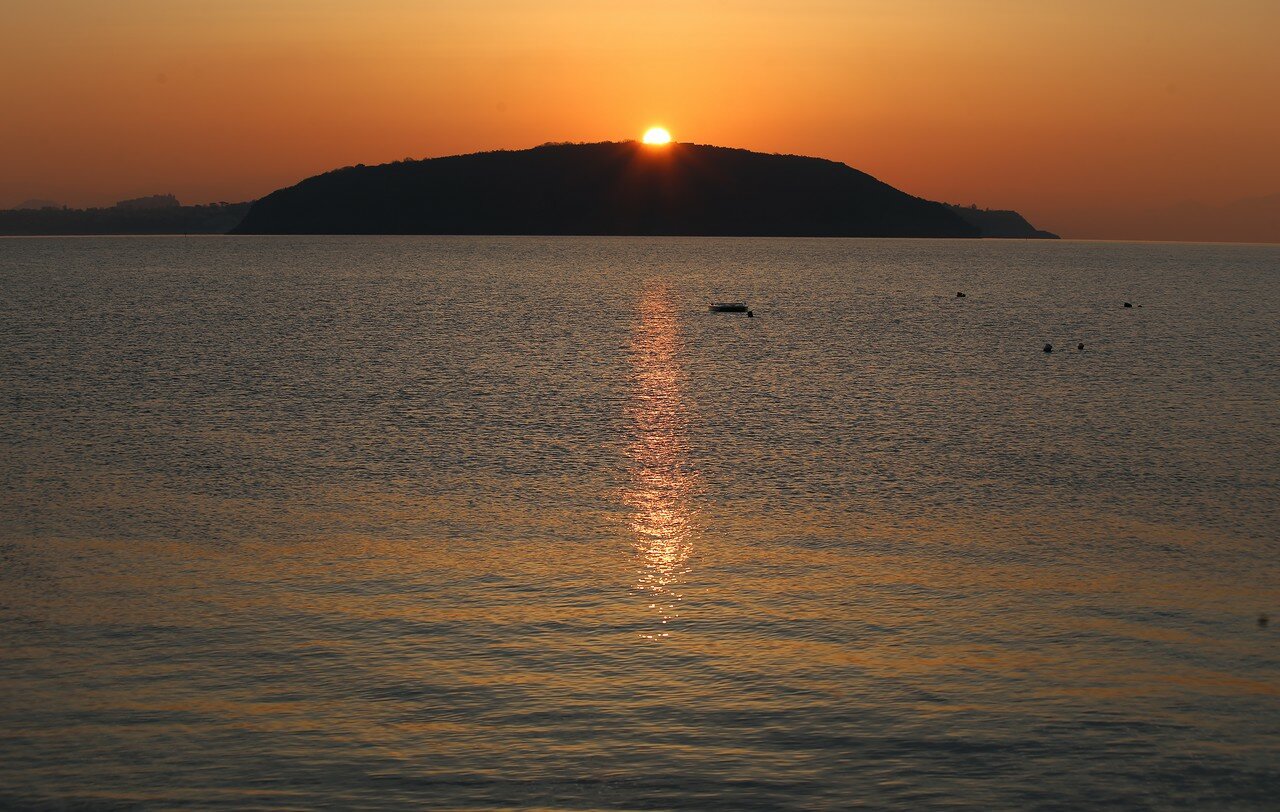 Finally, the sun came out in full, the colors of the sky brightened, and the path on the water took on a Golden hue. 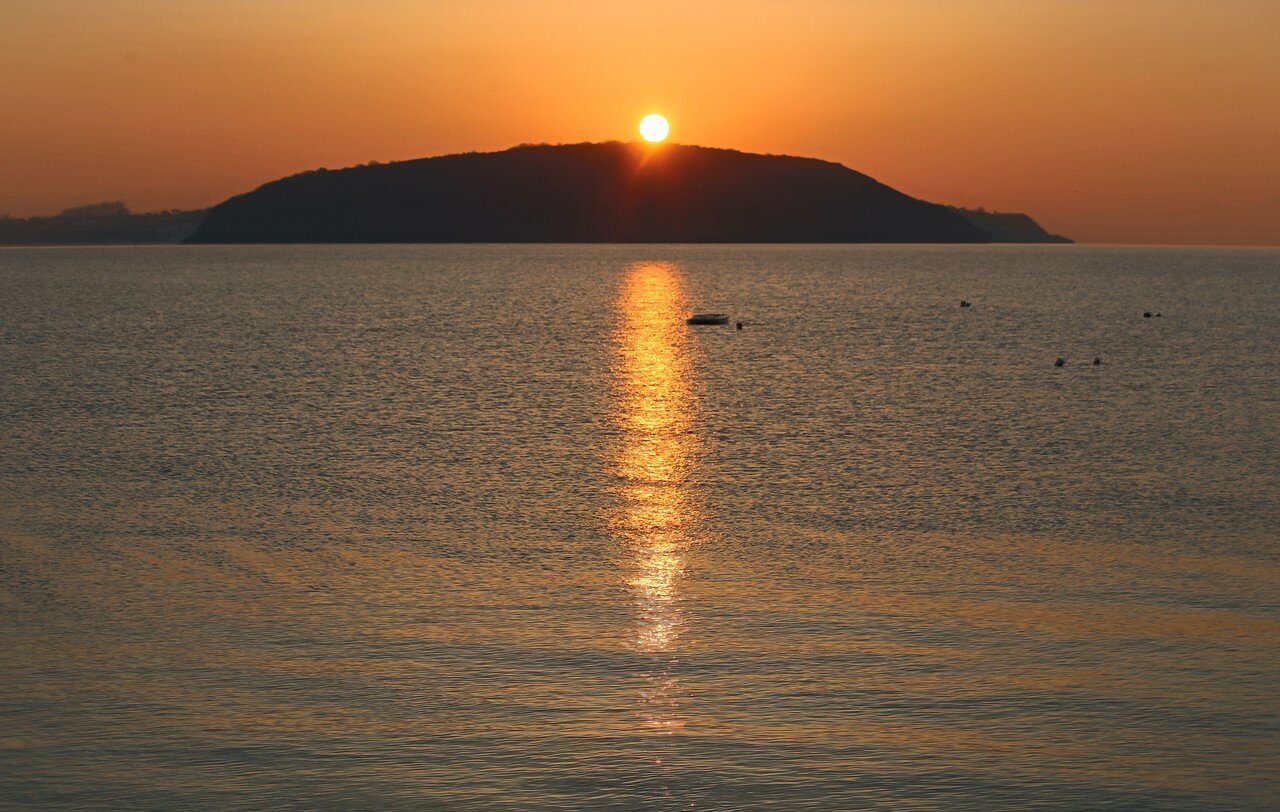 Now you can look at the shore of Ischia Ponte.

To the right of the castle, you can see the bell tower and dome of the Cathedral - Santa Maria Dell'assunta. 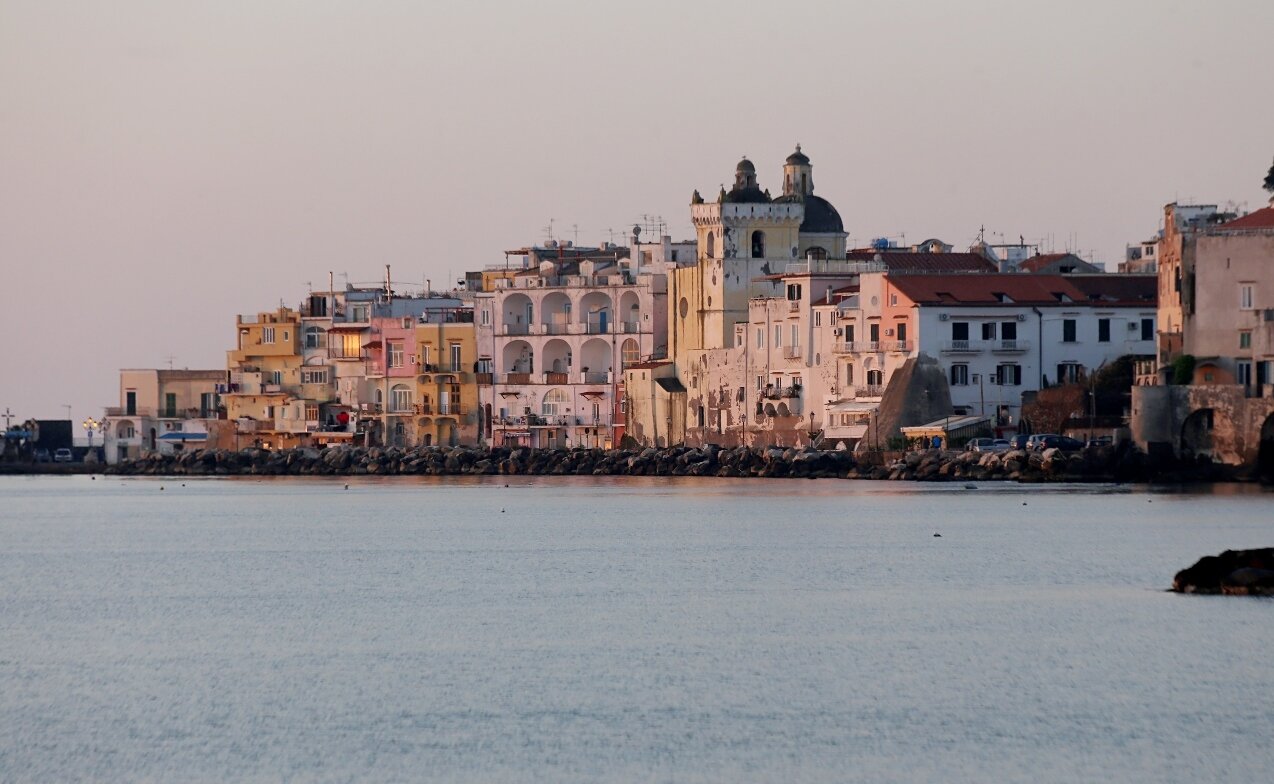 Closer you can see the hotels along the beach of San Antonio and Spaggia dei Pescatori - "Fish Bank", where the entire beach is filled with fishing boats.

A typical house on the coast is a fisherman's dwelling. In such houses, you can rent a room, and here, even on a flat roof, there is a "penthouse" with a separate entrance, where a spiral staircase leads. I should think that in the season such rooms are not cheap - the beach is only five steps away, and the Windows offer a stunning view. 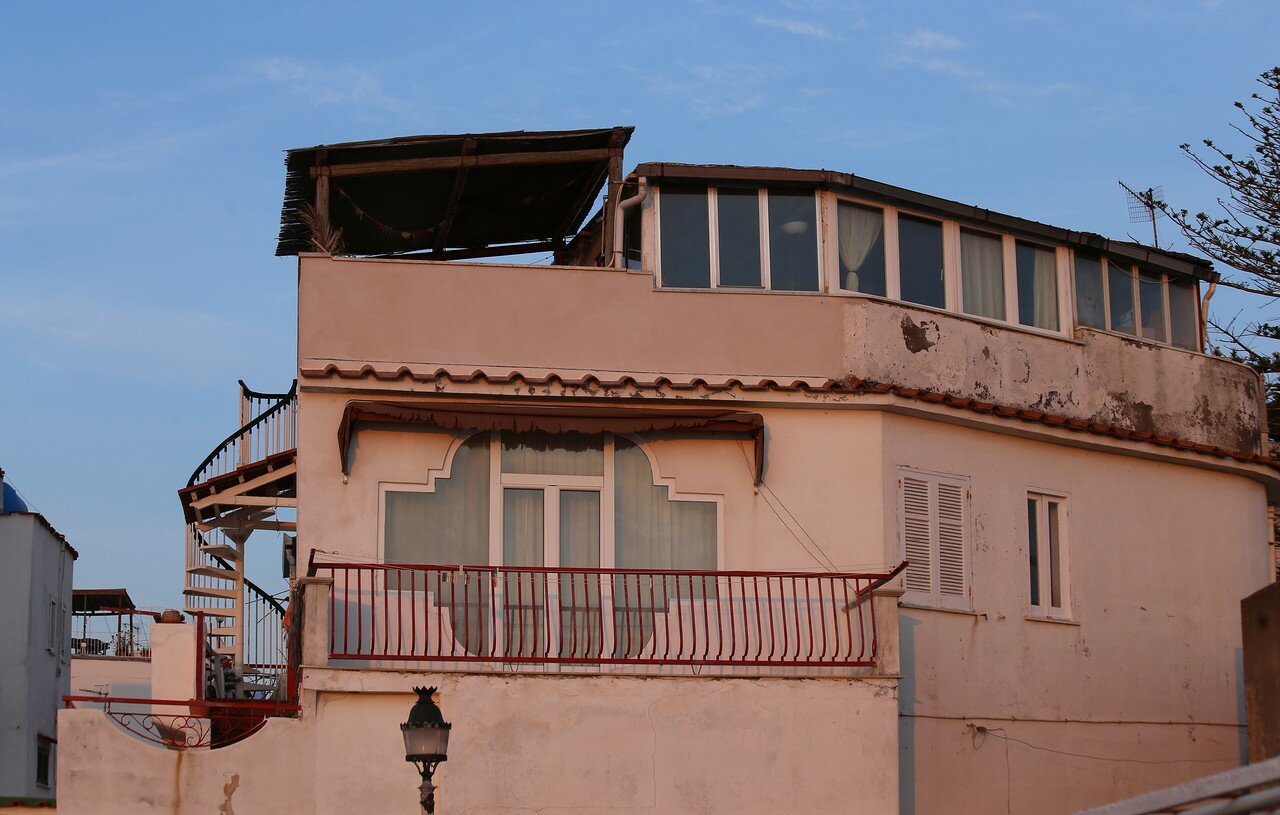 Cape Molino. Beyond it to the port, the coast is built up with 4-5 star hotels, where the best beaches of the town stretch. 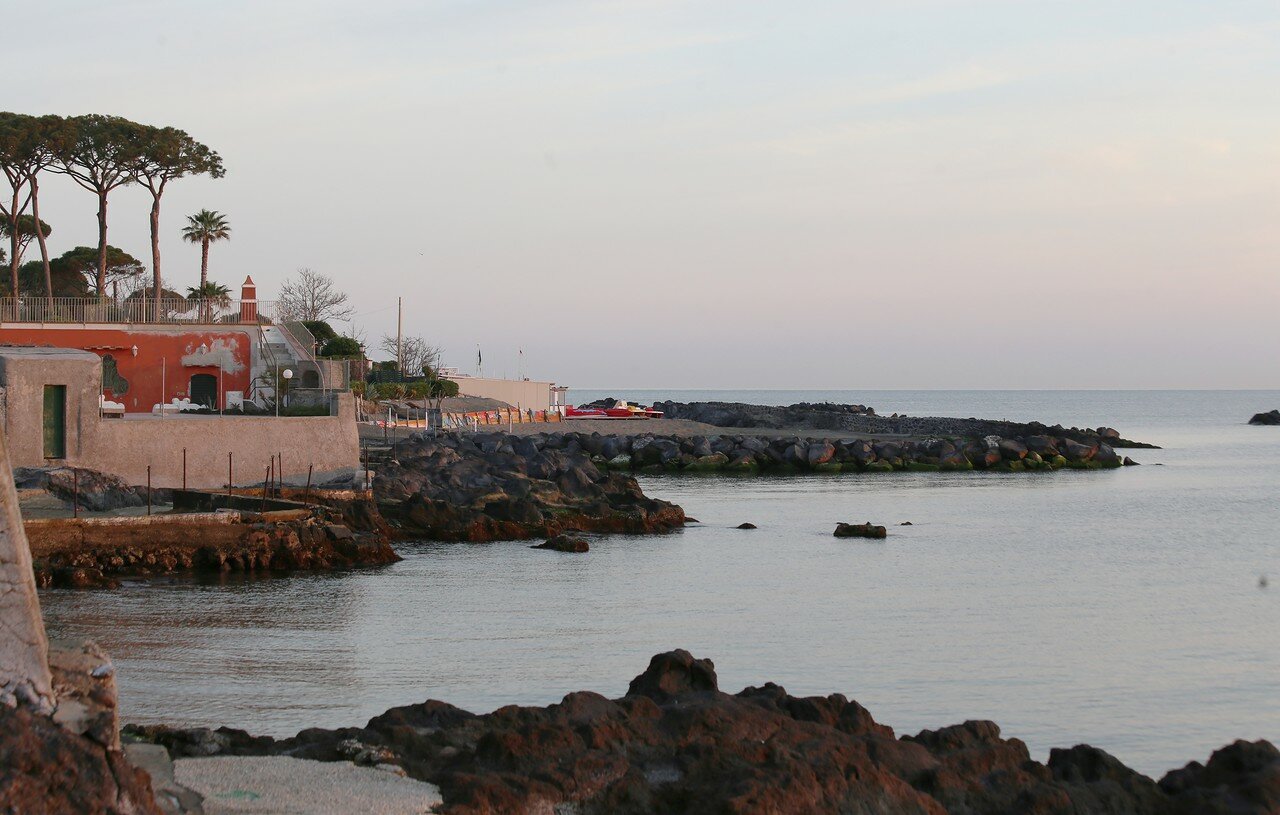 Meanwhile, the sun was rising higher, and the day promised to be good. 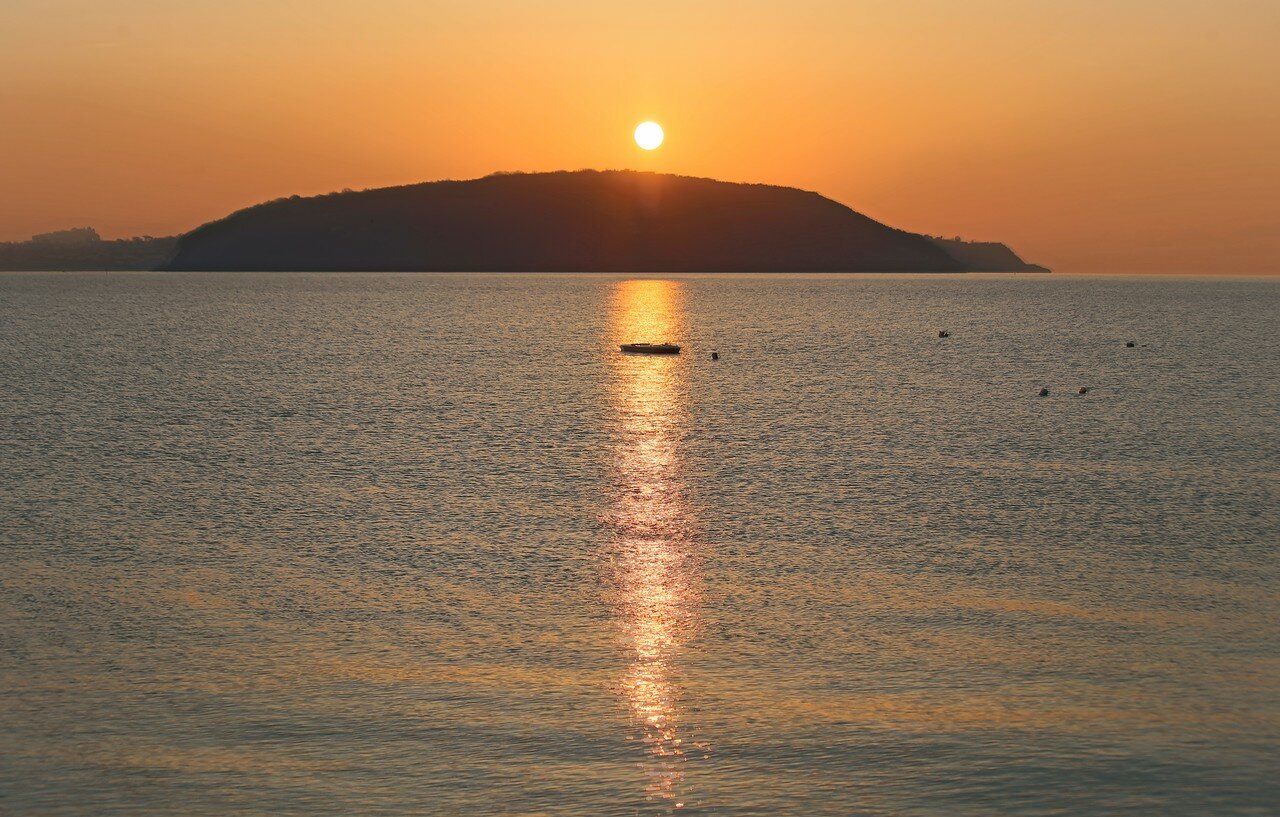 I had big plans for today - the "conquest" of Monte Epomeo, so I headed back to the hotel - I had to have an early Breakfast and go to the village of Fontana. 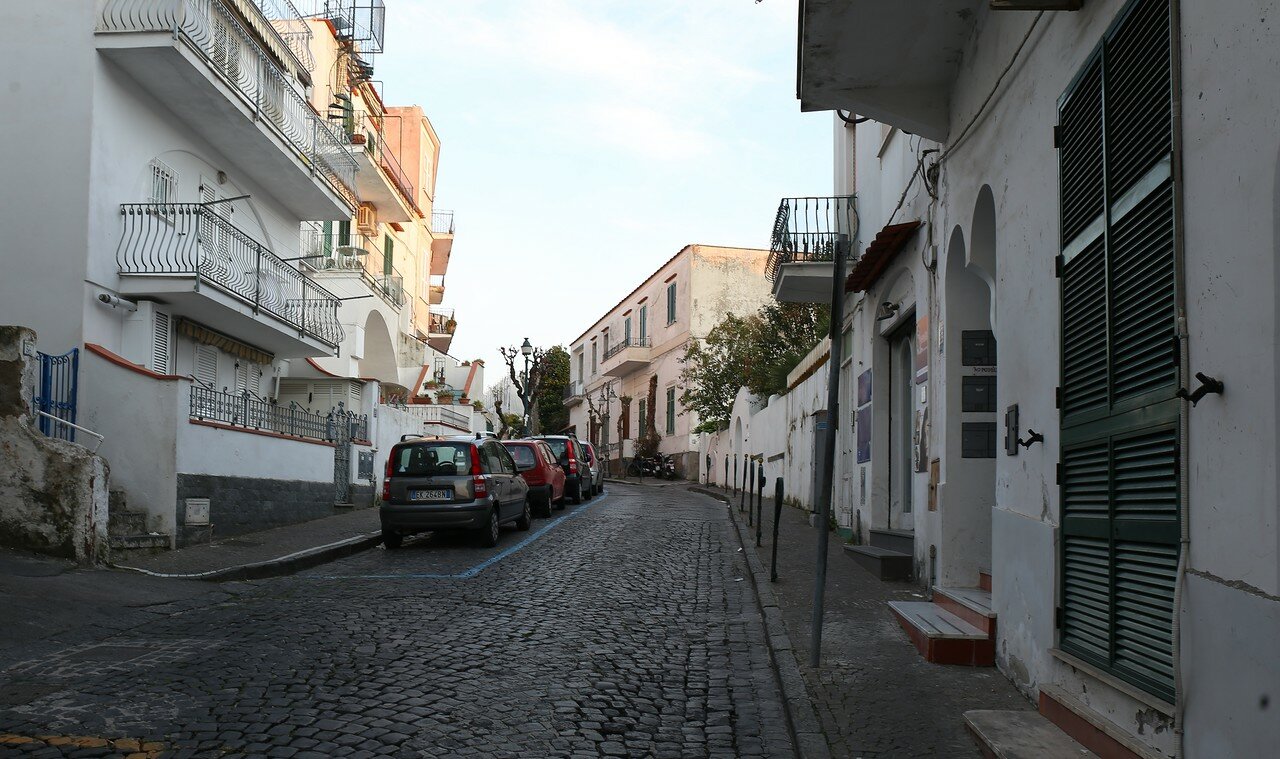 Corso Vittoria Colonna is the main shopping and restaurant street of Ischia-Porto. 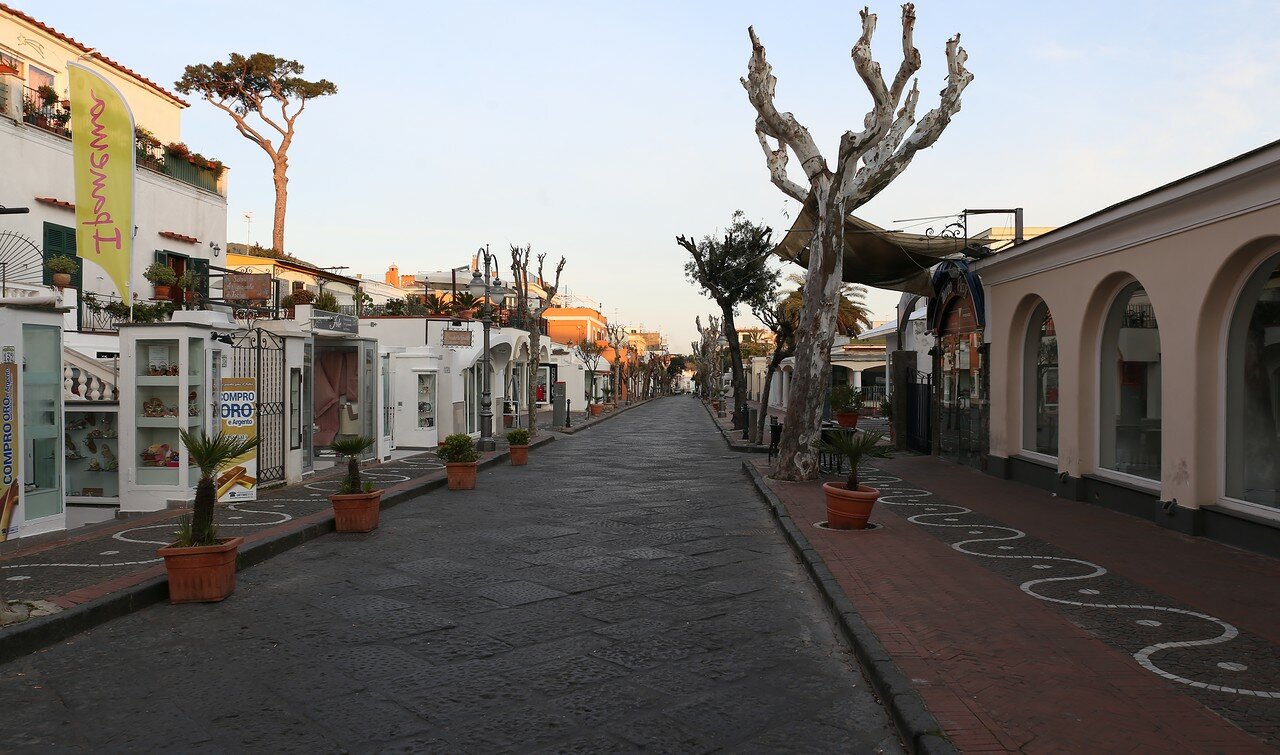 At this hour it was absolutely deserted, for the entire walk I did not meet a soul, not even a cat. 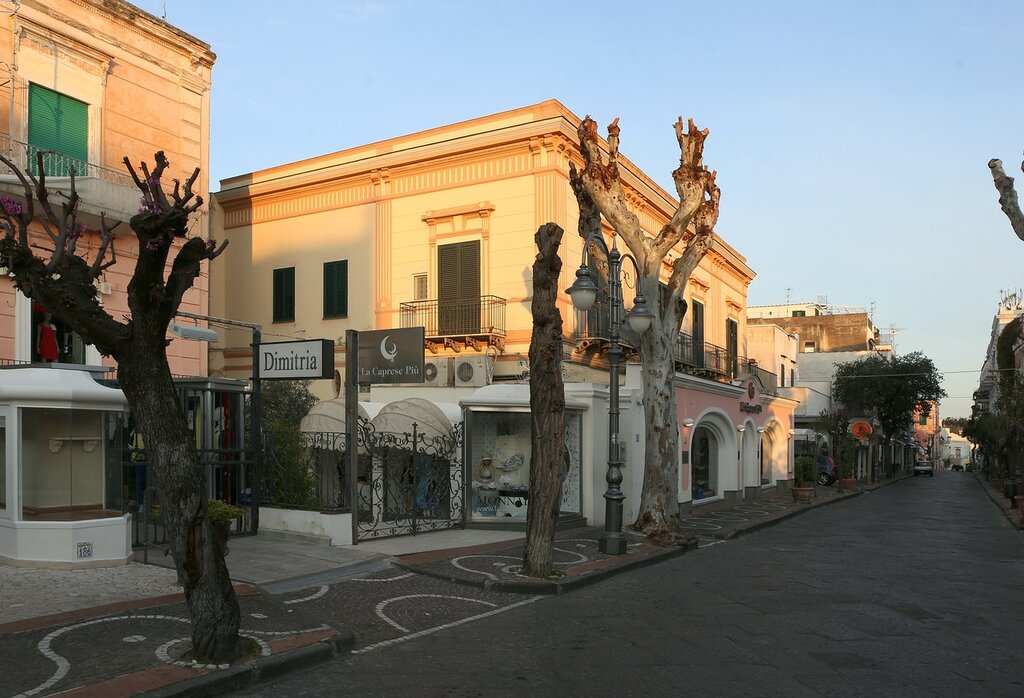 The Church of San Pietro, where I turned into my hotel. 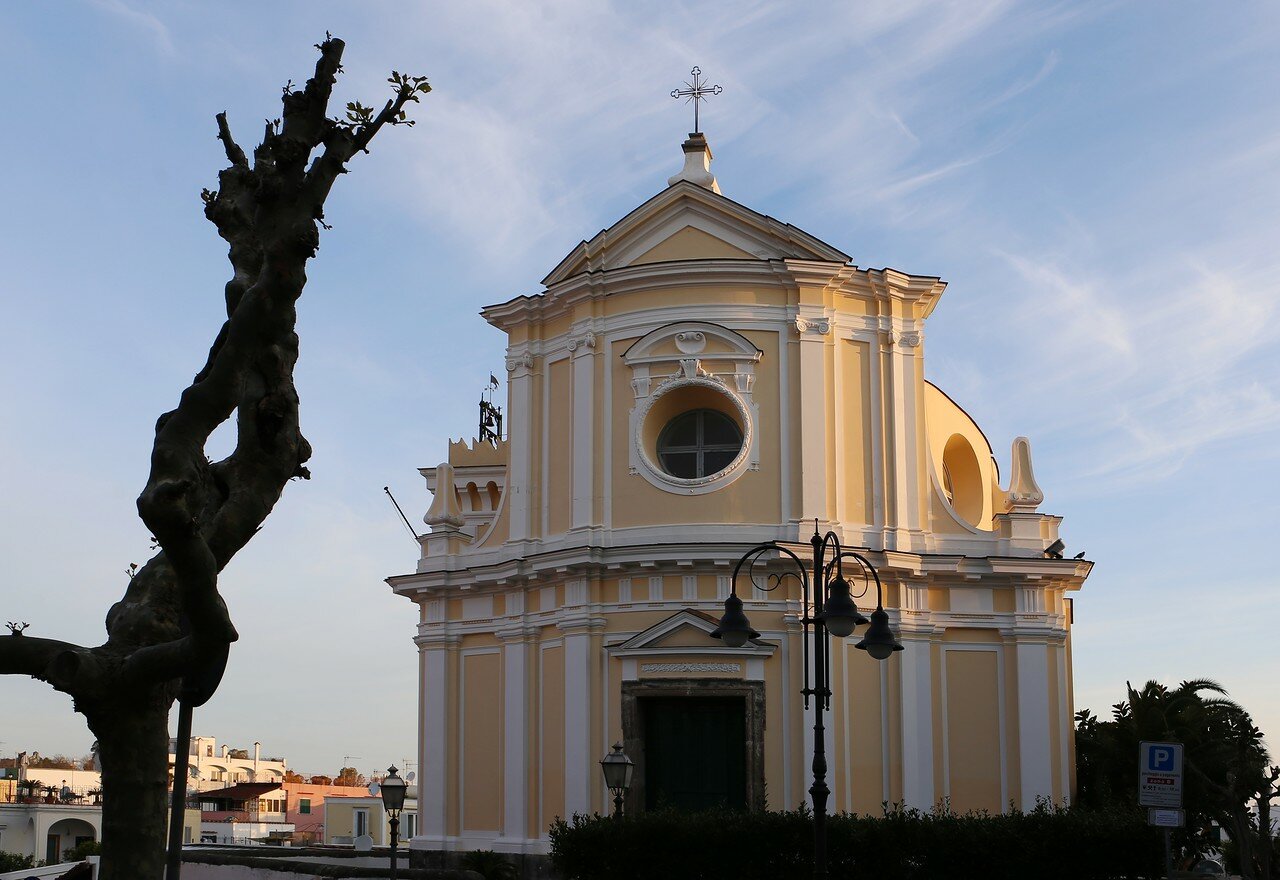 Quiet cozy hotel Postiglione - "Postilion", where I lived for 5 days. 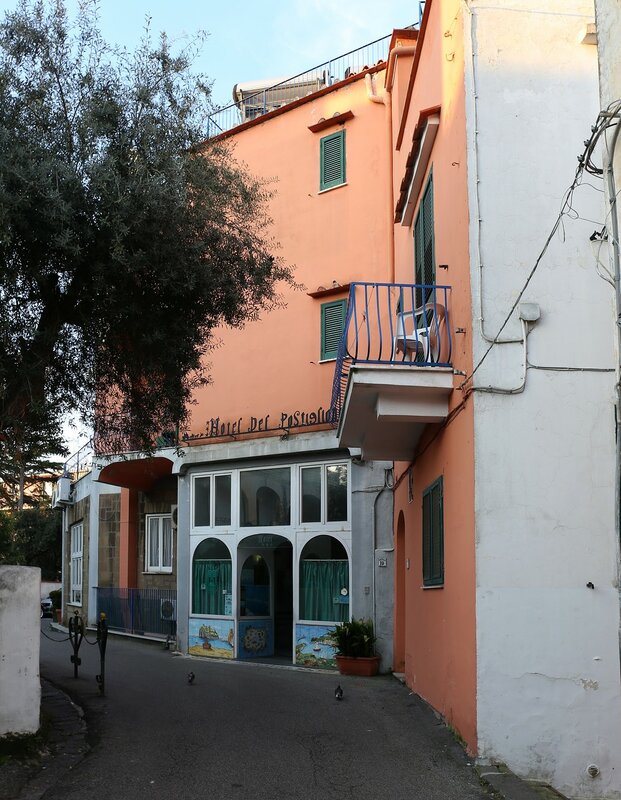 I had actually booked for three nights, but the island completely fascinated me,and I decided to spend the remaining two days here instead of going home. Since the hotel was almost empty, the administration, having learned about my desire, joyfully moved me to a room with a veranda and a view of the sea. 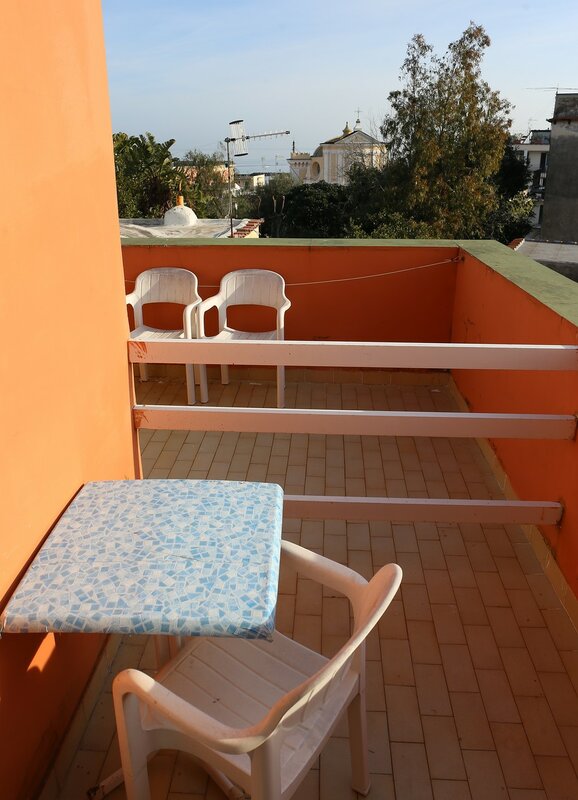