The next day I started from the same place where I finished yesterday evening walk - on the Bank of Ischia Ponte, opposite the Aragonese castle.

Next to the hotel Villa Antonio I found a long narrow pier that was not noticed yesterday in the dark. 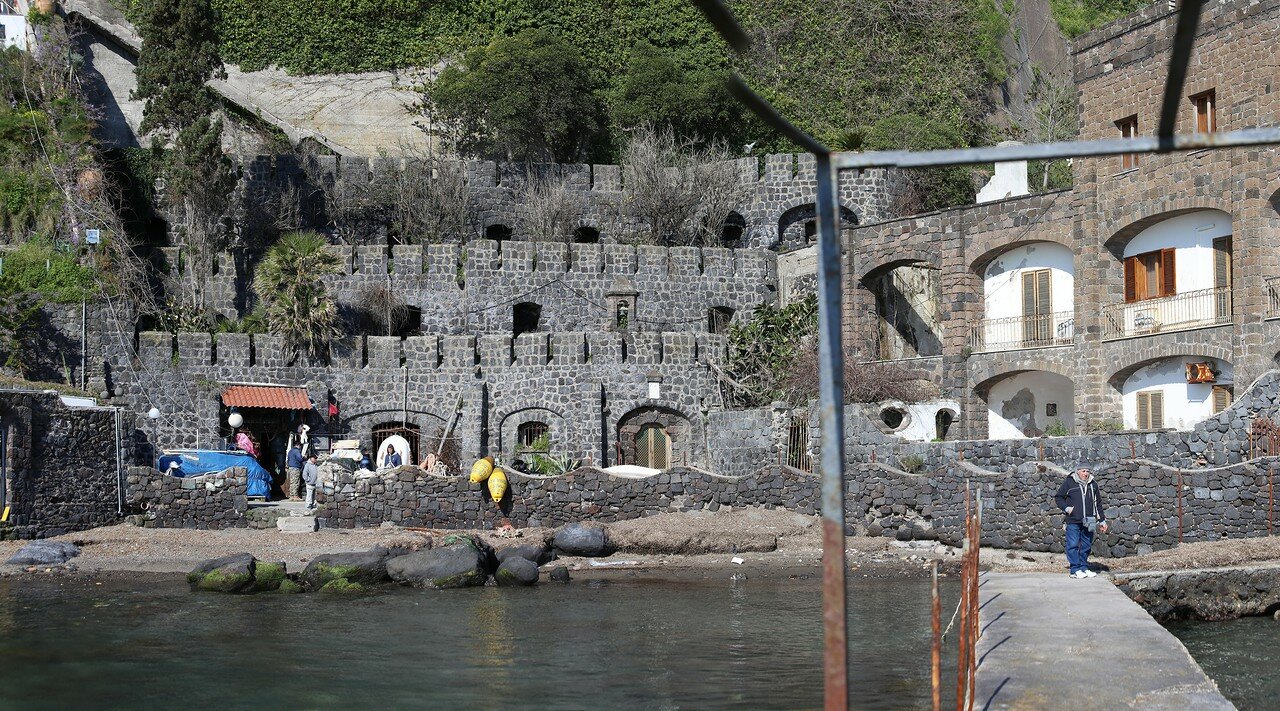 From the pier you can take a look around the Eastern tip of the island. On the left You will see the rocks of St. Anne (Scogli Santa Anna), behind them rises from the water Cape Pisciata (Punta della Pisciazza). 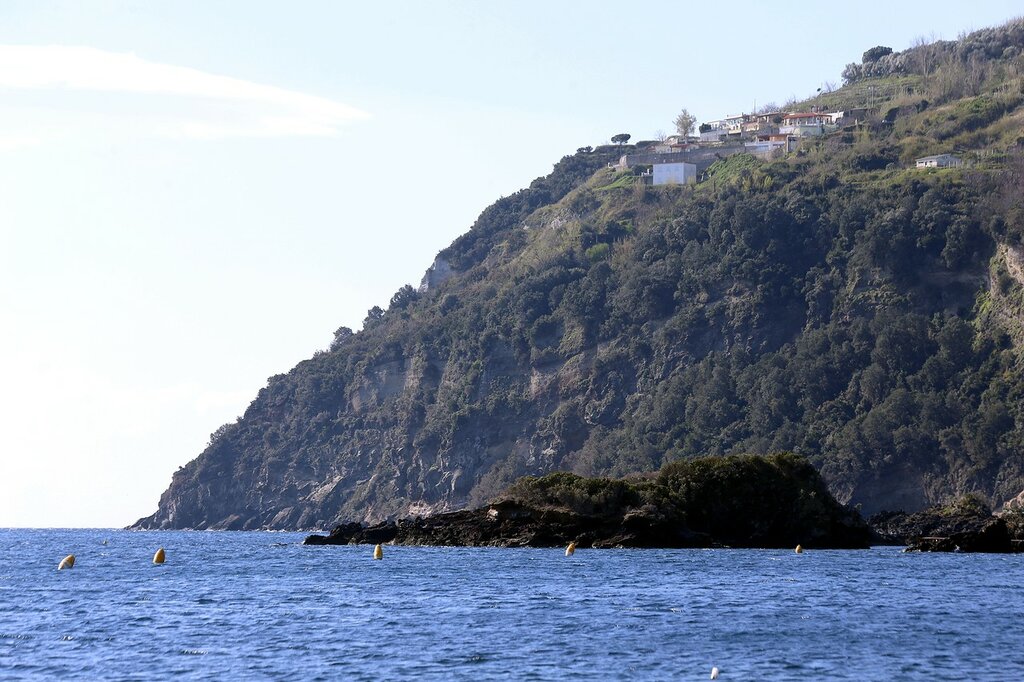 Move the view to the slope of the mountain Torrone (Il Torrone), it's like a layer cake. Terraced farming is the only way to avoid soil erosion in mountainous areas. 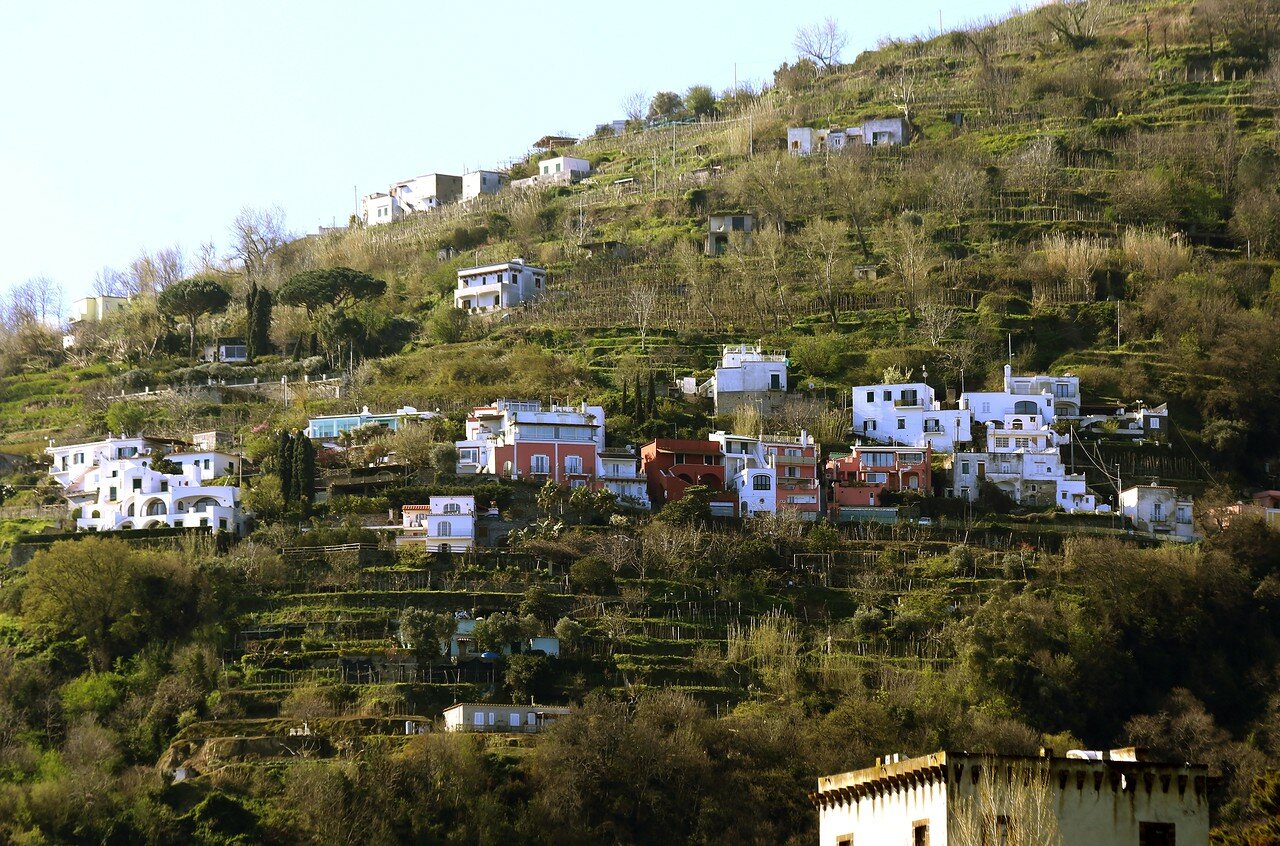 Closer to Ischia Ponte is the Guevara tower, better known as the tower of Michelangelo, the purpose of my today's walk. 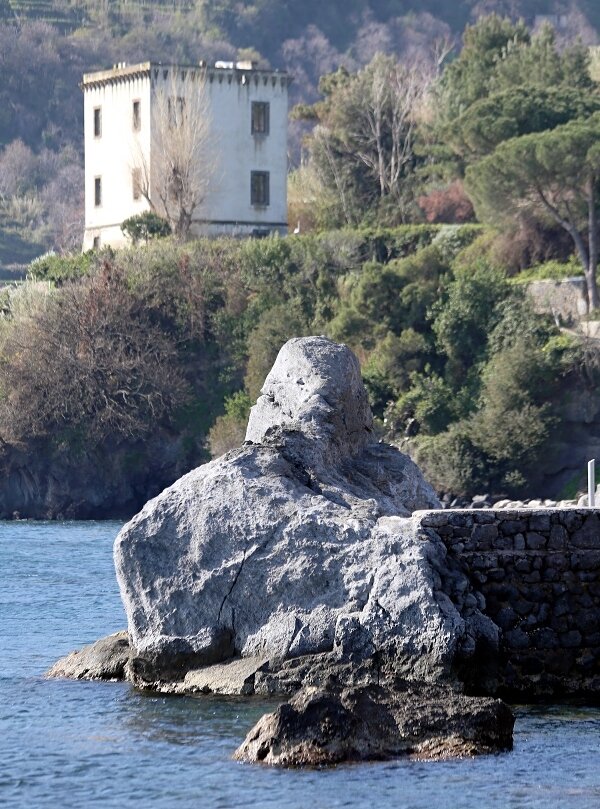 Right stretches the stone embankment of the main square of Ischia Ponte Piazzale Delle Alghe, the buyout ends the actual Ponte di Ischia, the bridge-dam connecting the island with the rock, where stands the Aragonese castle.

The pier itself is sometimes covered with a thick layer of dried algae, which are shake out from the fishing nets. 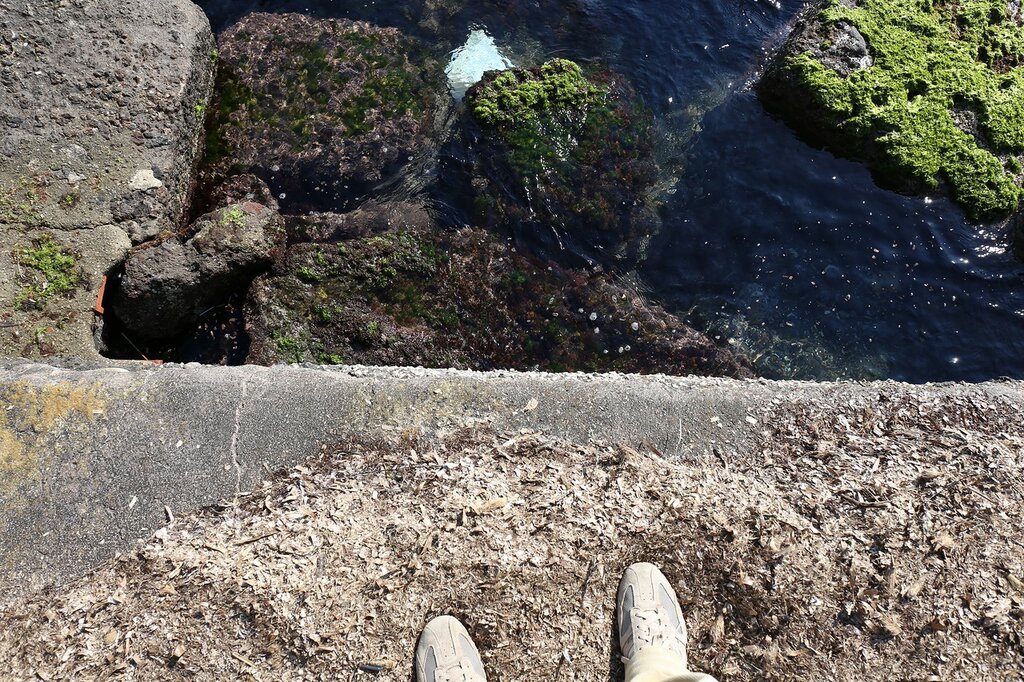 The pier is usually moored boats fishermen producing shellfish in a shallow Bay, which is closed to the sea rock of the Aragonese castle. Previously, the network was cleaned of algae and the area too, so its name translates from Italian as "Square of algae". 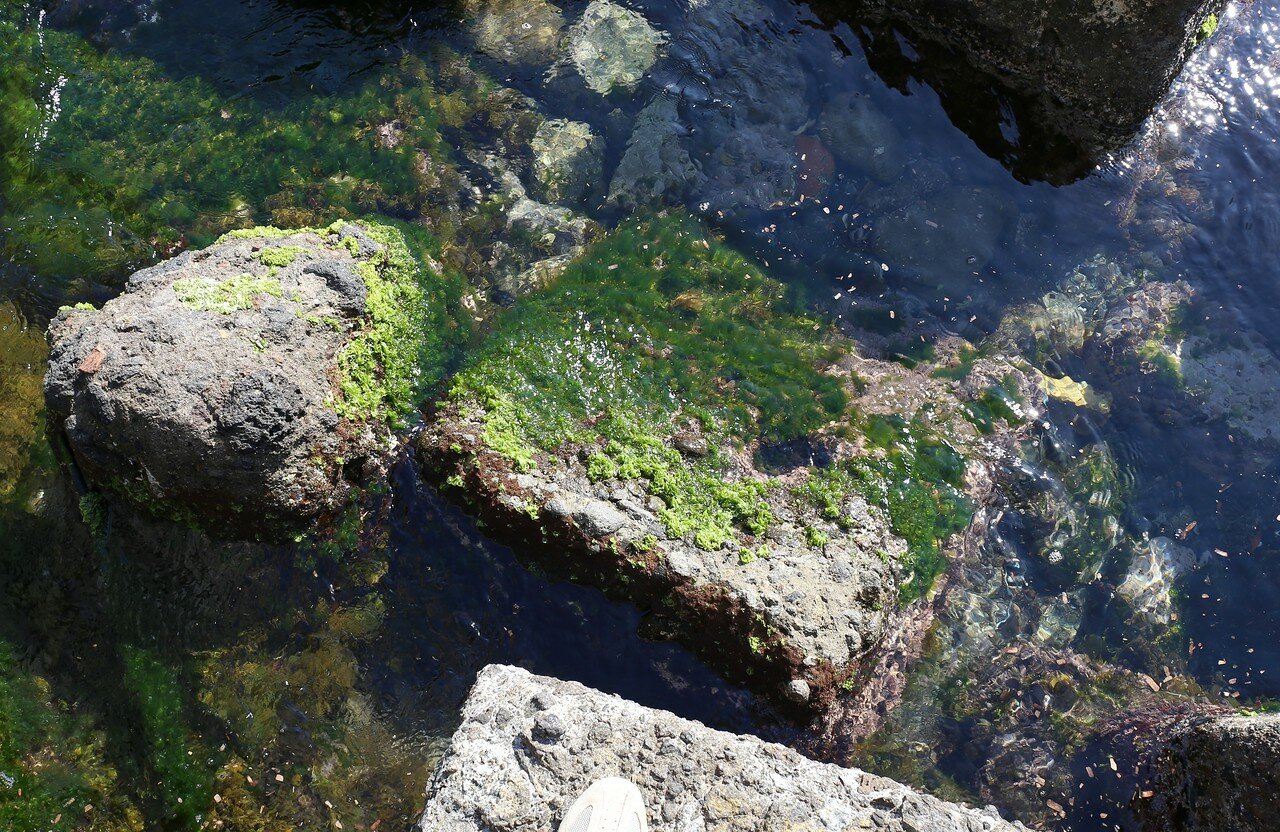