From Michelangelo's tower along the coast there is a path between a cliff and a steep rock. 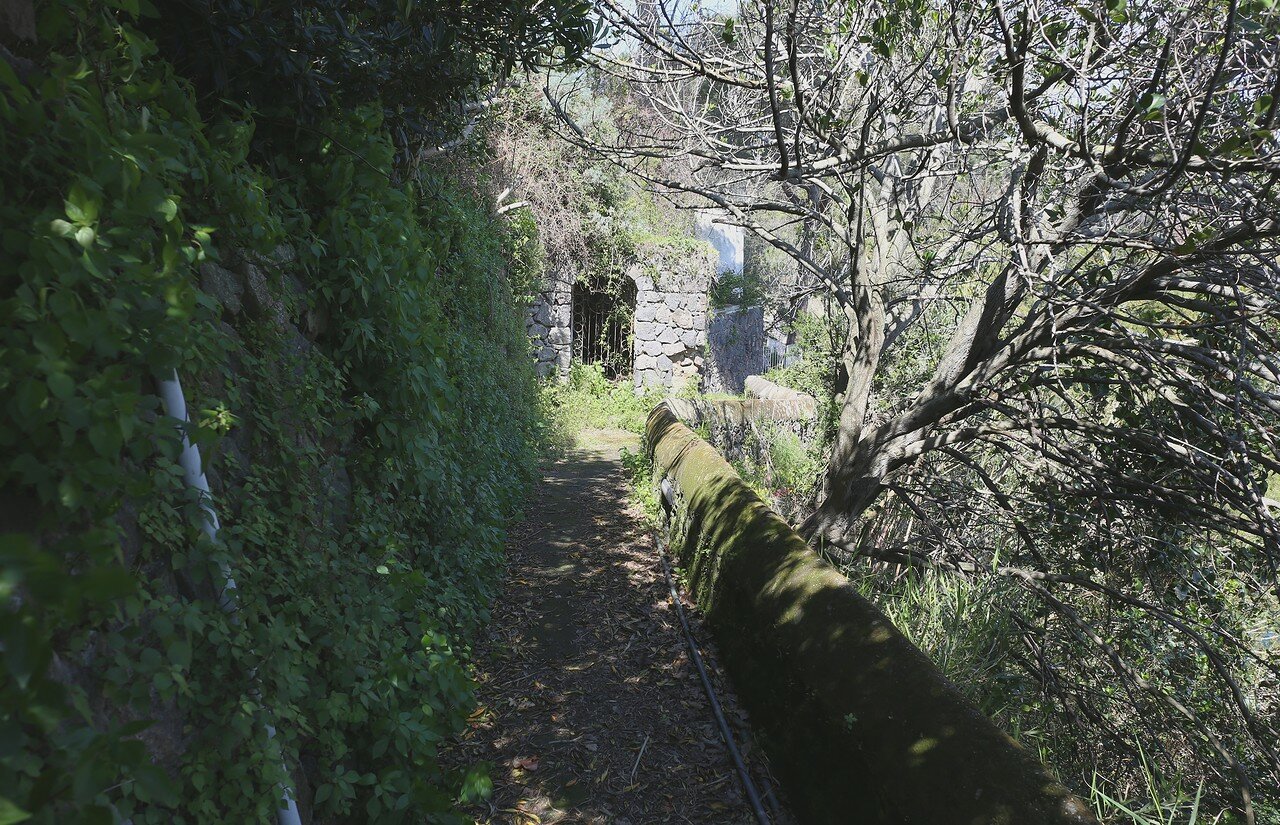 At the end of the path, a steep staircase leads to a small area, clamped on all sides by rocks. The site is filled with concrete and similar to the pier, but the adjacent water area is clearly not available for shipping. The condition of the stairs did not cause the desire to explore what is still down there, and we went on. 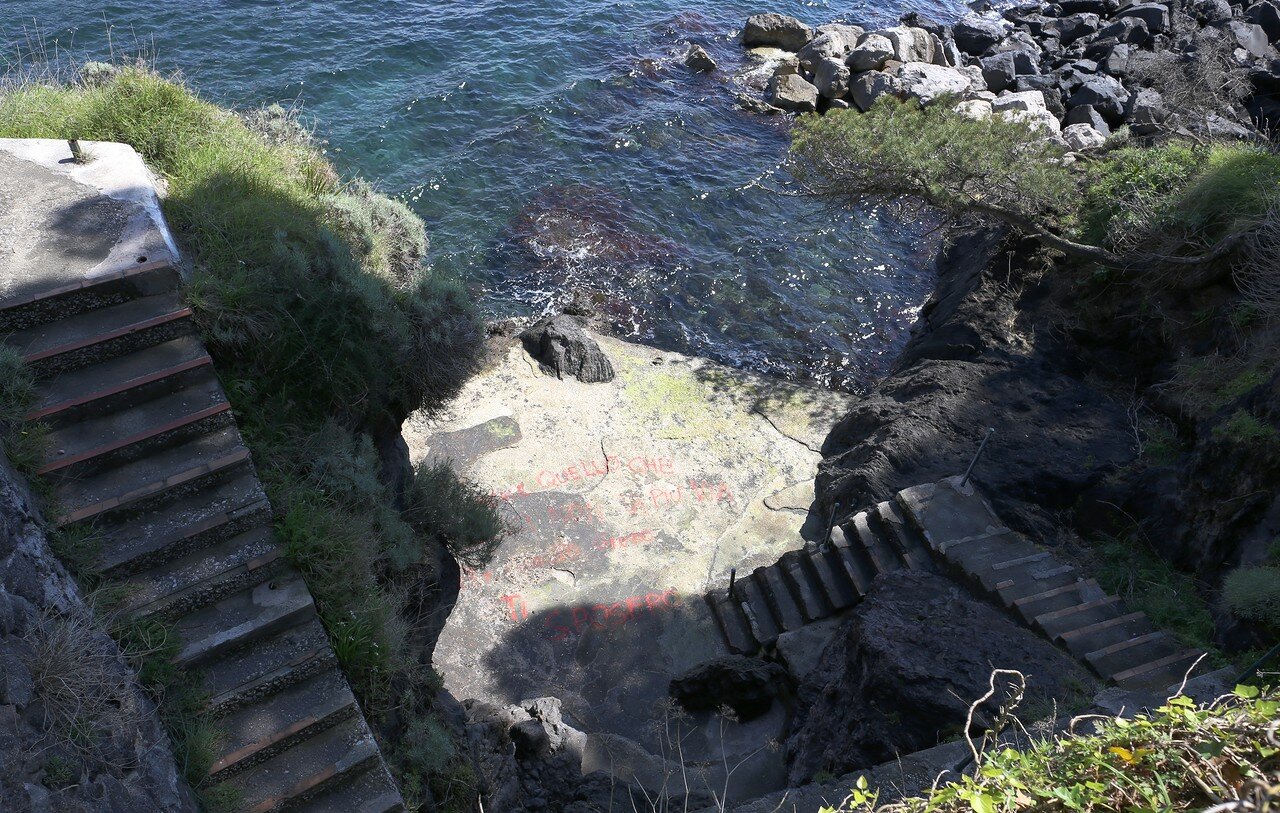 And then there was an ancient structure built of wild stone, the chapel of St. Anne (нmapе). A small Church was built in the first half of the 16th century at the cemetery, which was located on this site. Now this part of Ischia Ponte is called - "old cemetery" (Cimitero Veccio). The guidebooks say that there is a statue of St. Anne in the chapel, which is considered the patroness of pregnant women, and the chapel can be opened only on July 26, when this Saint's day is celebrated. By the way, as they say the same guides, to get here from the tower Michelangelo can only on the occasion of the holiday, usually the gate (right photo), leading to the seaside path, closed. Guaranteed to get here from Via Nuova Cartaromana, on which I behaved from Piazzale Delle Alghe, which is opposite the Aragonese castle. 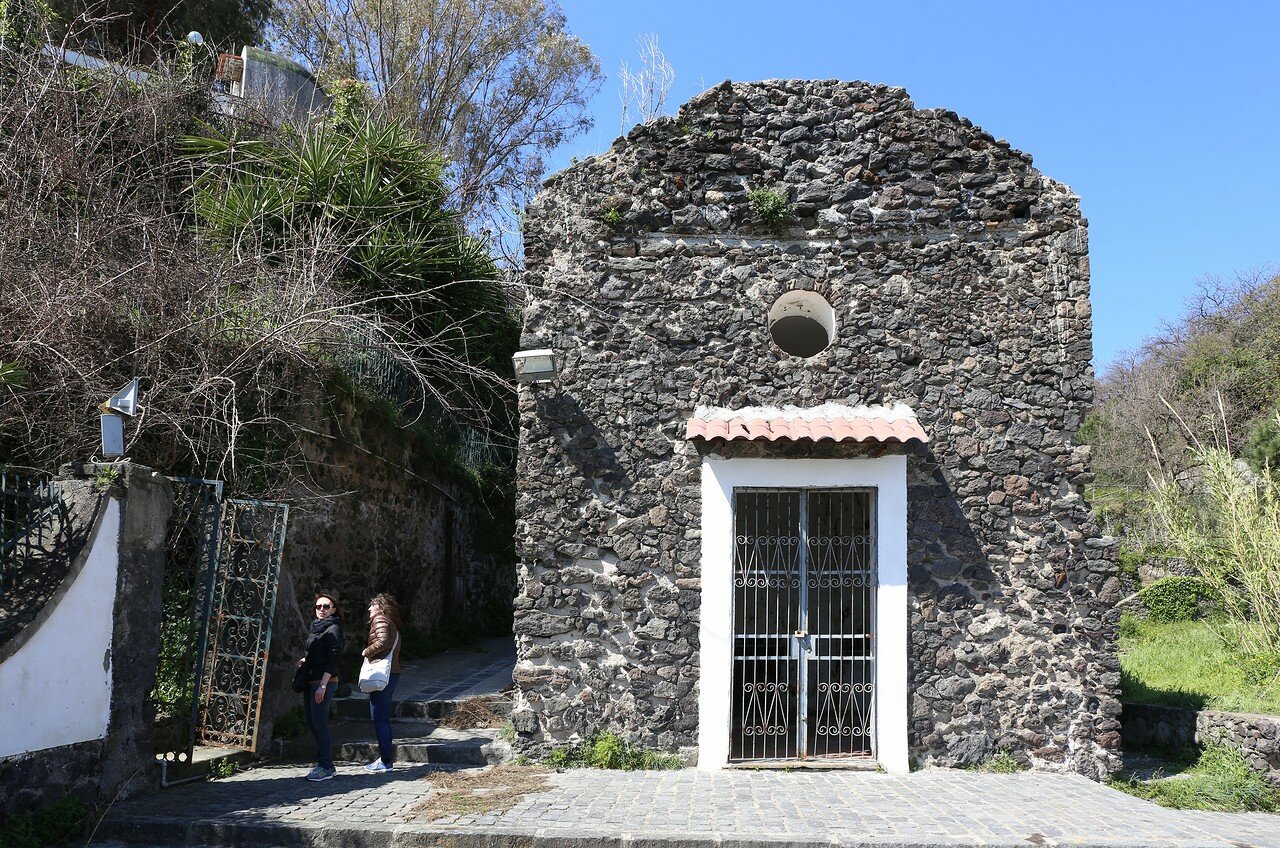 In front of the chapel there is a small stone-paved square, which offers a great view of the Aragonese castle.

From the platform down leads an inconspicuous path and stairs, which seemed to us more attractive than the previous one. 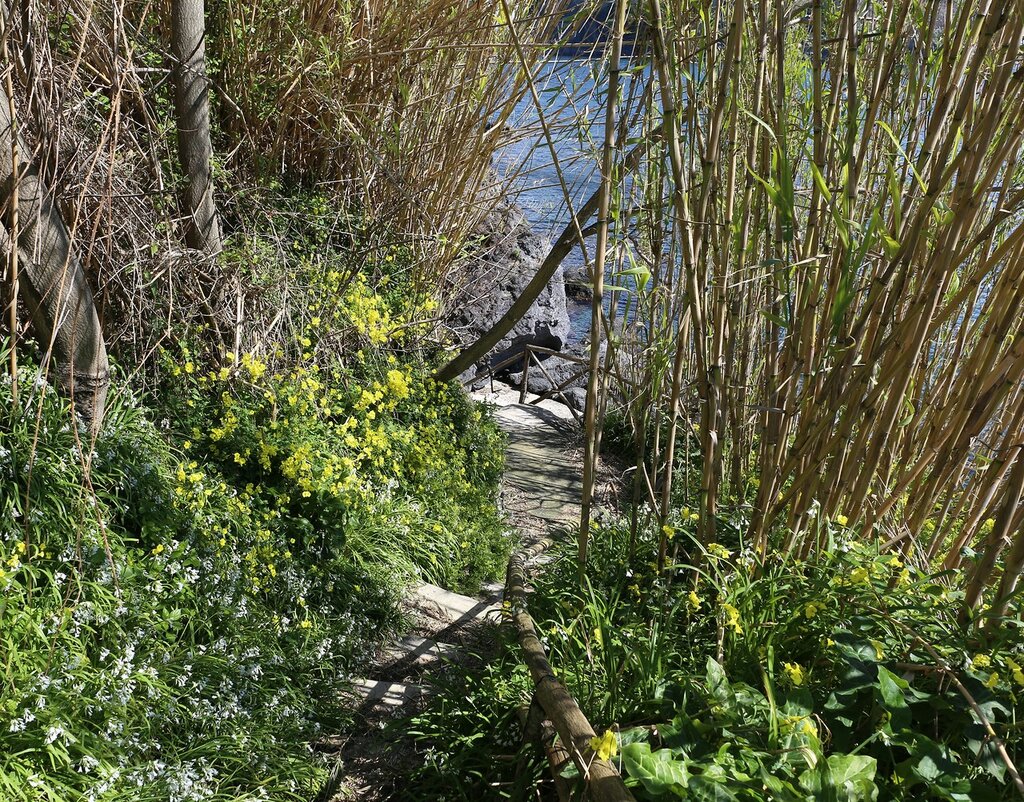 Below was a rocky shore. 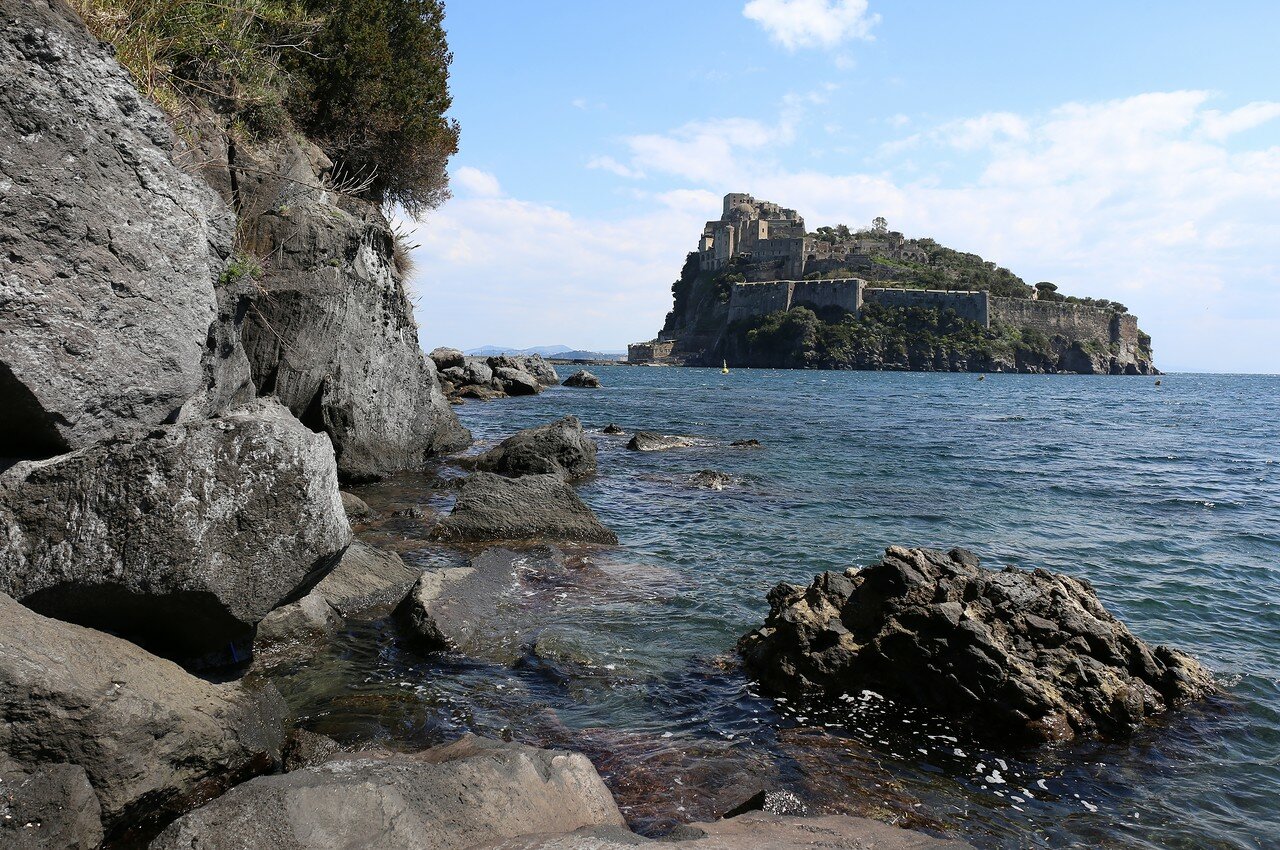 The only attraction here was the huge tuff's boulders.

It should be noted that in different parts of the island this volcanic rock has different colors and shades. In the area of Ischia Ponte dominated by black tuff. 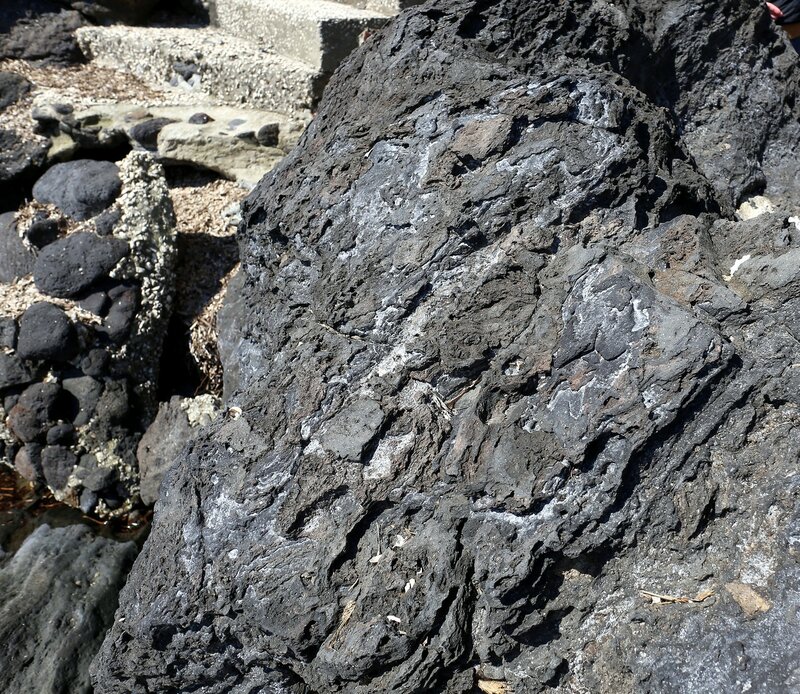