The ascent of Monte Epomeo begins in the Fontana village (map), the highest settlement on the island, which can be reached by bus. Administratively, this settlement is part of the city of Serrara-Fontana, so the world network walks information that the road to the highest point of the island begins there. In fact, the city center is located in Serarra, at an altitude of 366 meters at sea level, while the Fountain is a hundred above 452 meters. The name of the village comes from an abundant mountain spring, known since Hellenic times. In the middle Ages, a village grew up around the source, the inhabitants of which were engaged in sheep breeding. Now there are only memories of the source - it disappeared about two centuries ago as a result of a landslide. 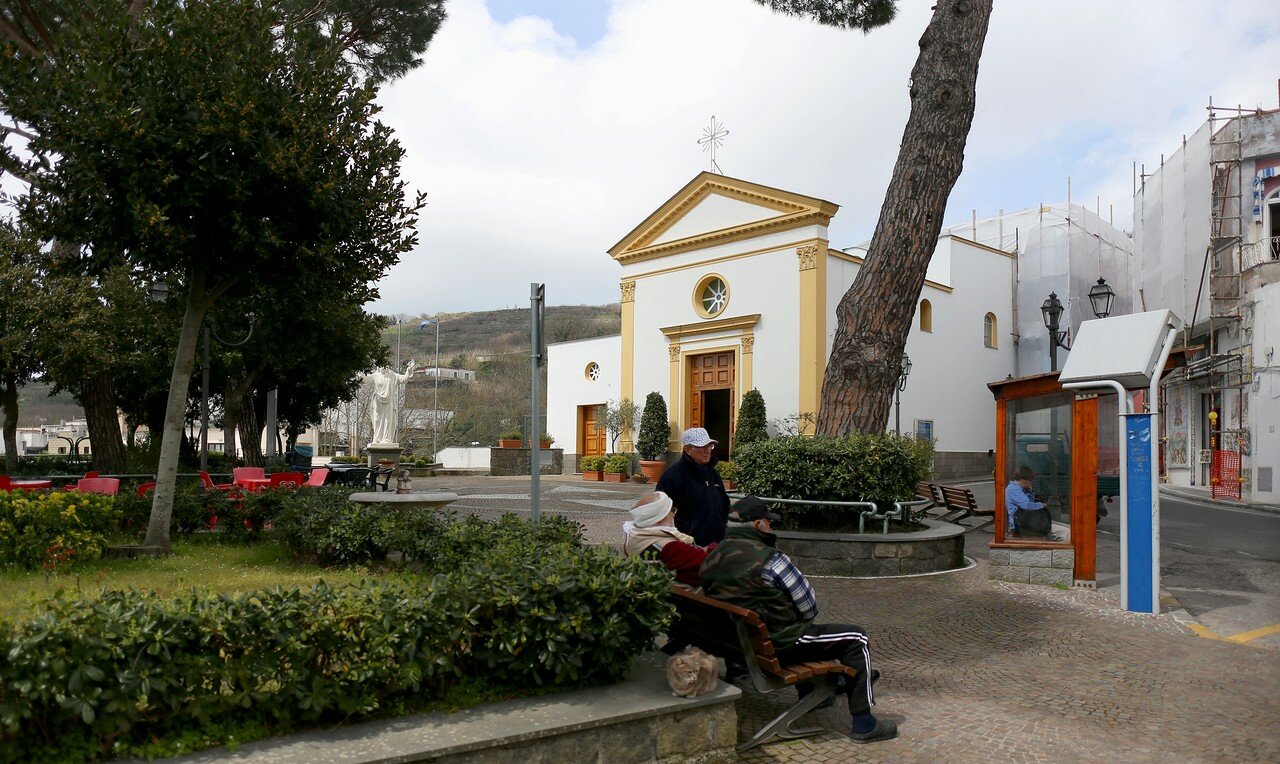 The stop is located in the heart of the village, where there is a small square with a tiled corners of the Earth. There are several restaurants here.

Near the stop there is a taxi rank, the drivers of which lazily offered me their services. The weather was overcast, and here, at an altitude of almost half a kilometer, it was noticeably cooler than down by the sea. 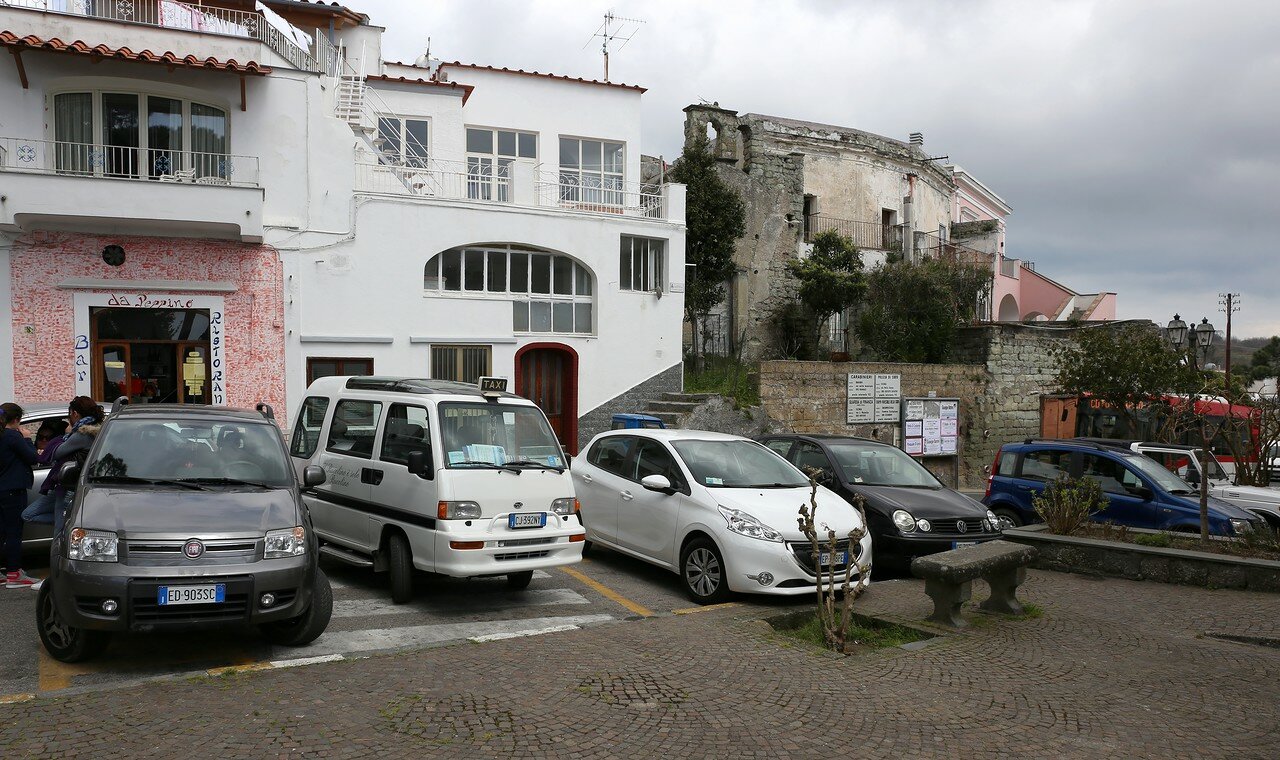 In the square there is a small neat church. 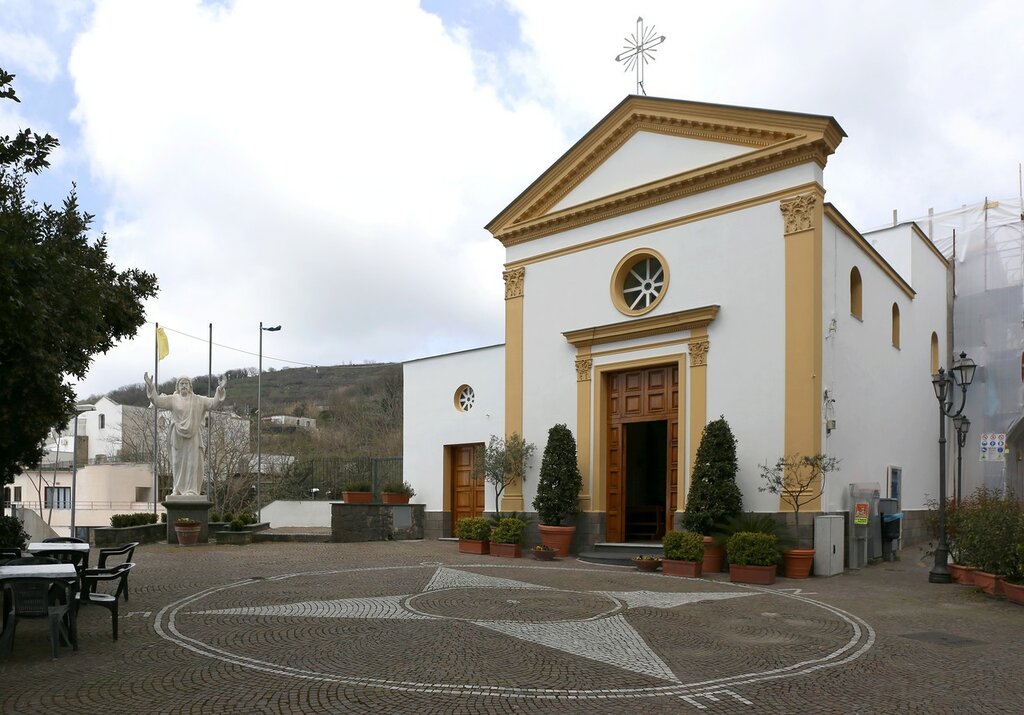 To the left of the church is a statue of Christ. 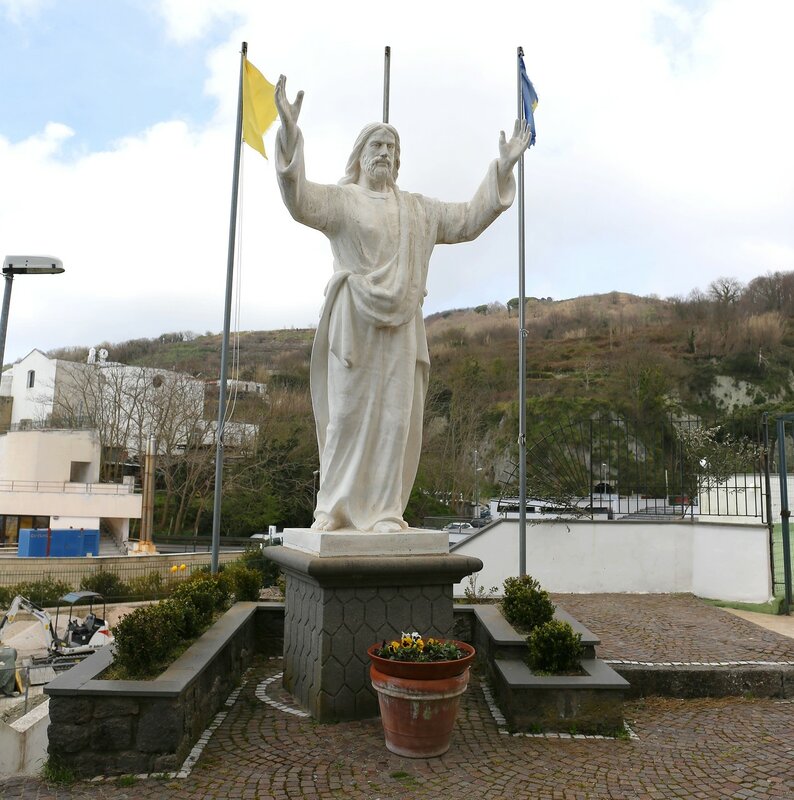 On the side facing the sea, a very small Park with a monument to the inhabitants of Serarra-Fontana, who died in the wars. In what wars, it is not specified, the plate informs that the monument is opened in 1957. 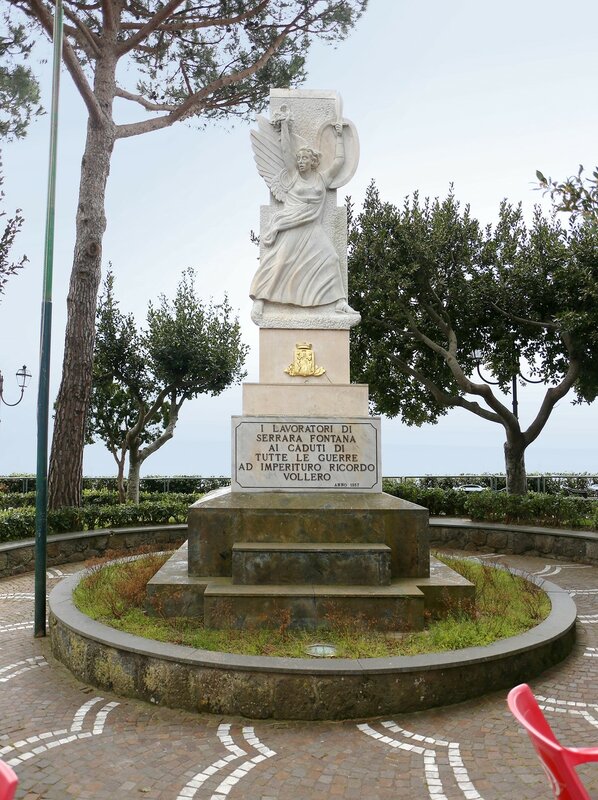 Behind the monument there is an observation deck overlooking the sea towards Maronti. However, only the gardens are clearly visible. 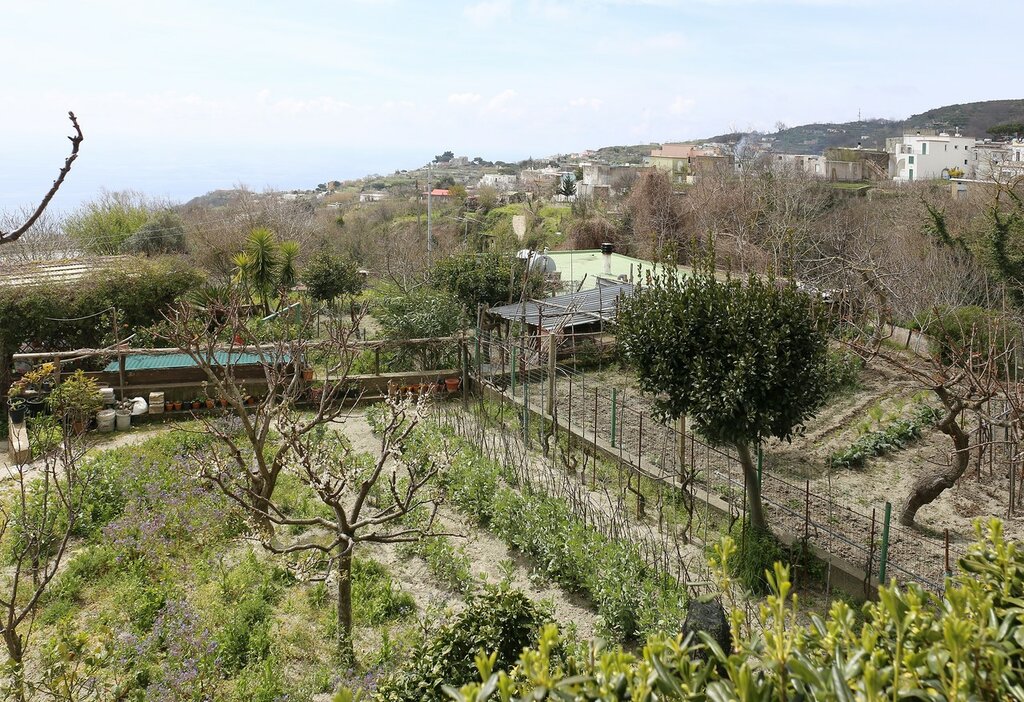 And the roofs of houses covered with solar panels. 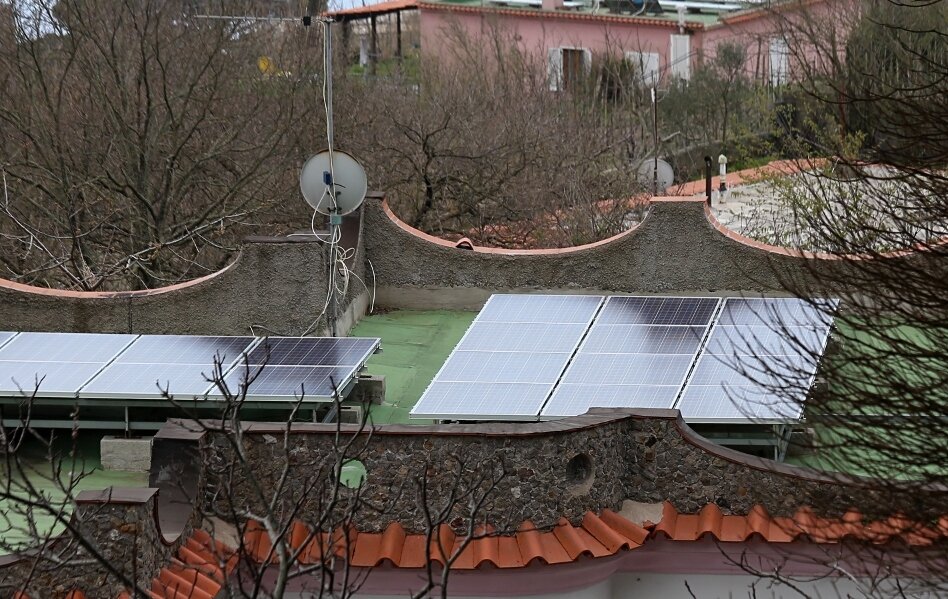 I visited the сhurch on my way back from Monte Epomeo. 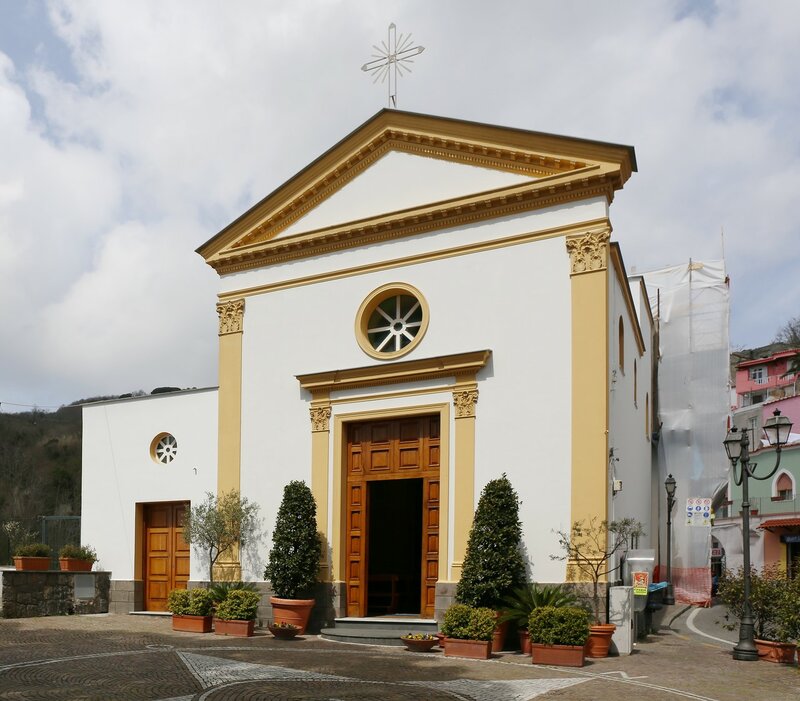 The сhurch was founded in the 18th century and is named after Saint Antonio of Padua (Chiesa di Sant'antonio da Padova). 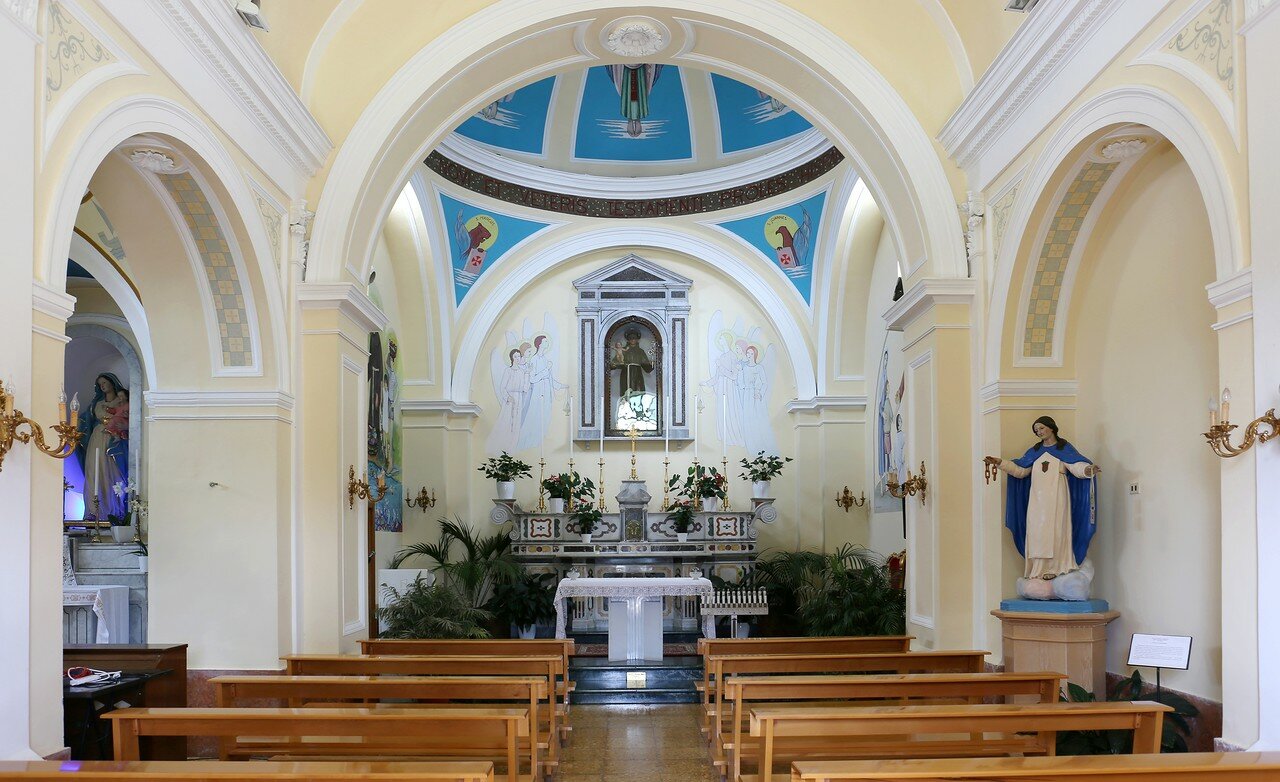 The frescoes are clearly made by contemporary artists, it is clear that the church has recently been restored. 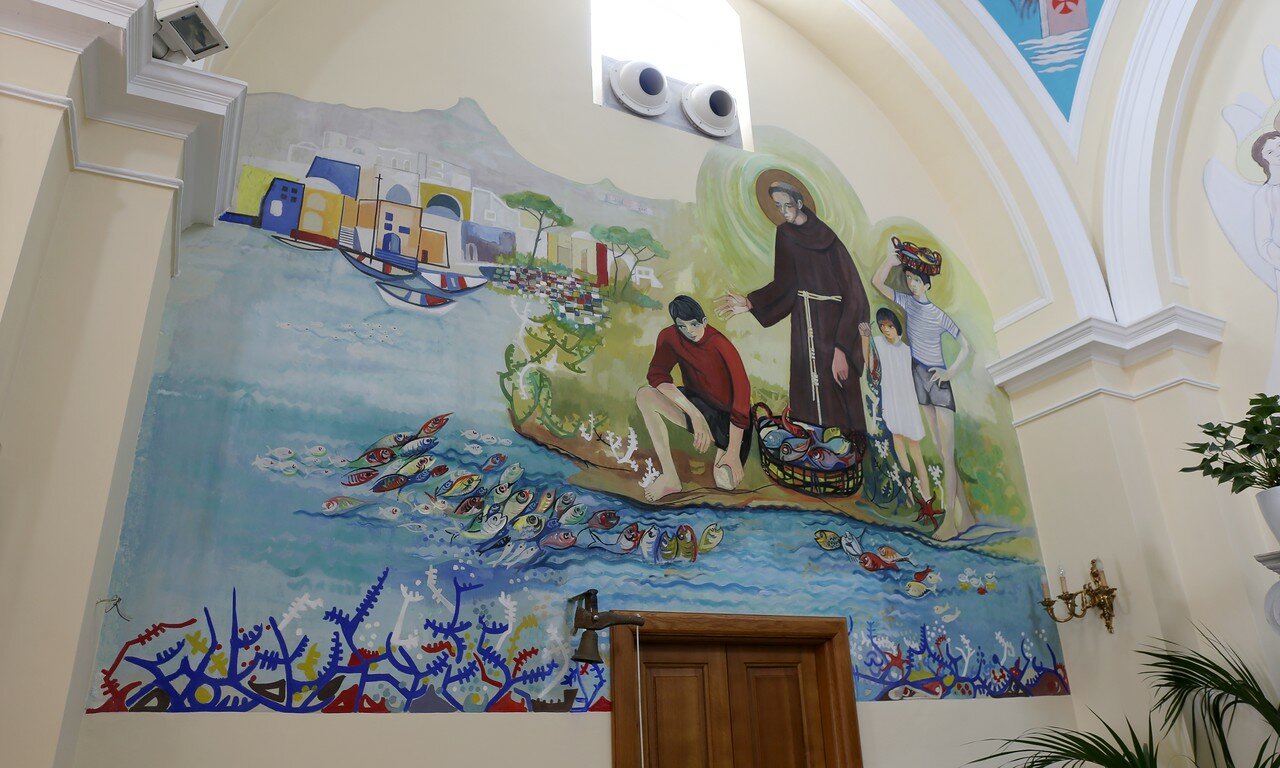 For some reason, some saints modern painter depicted in the form of animals. 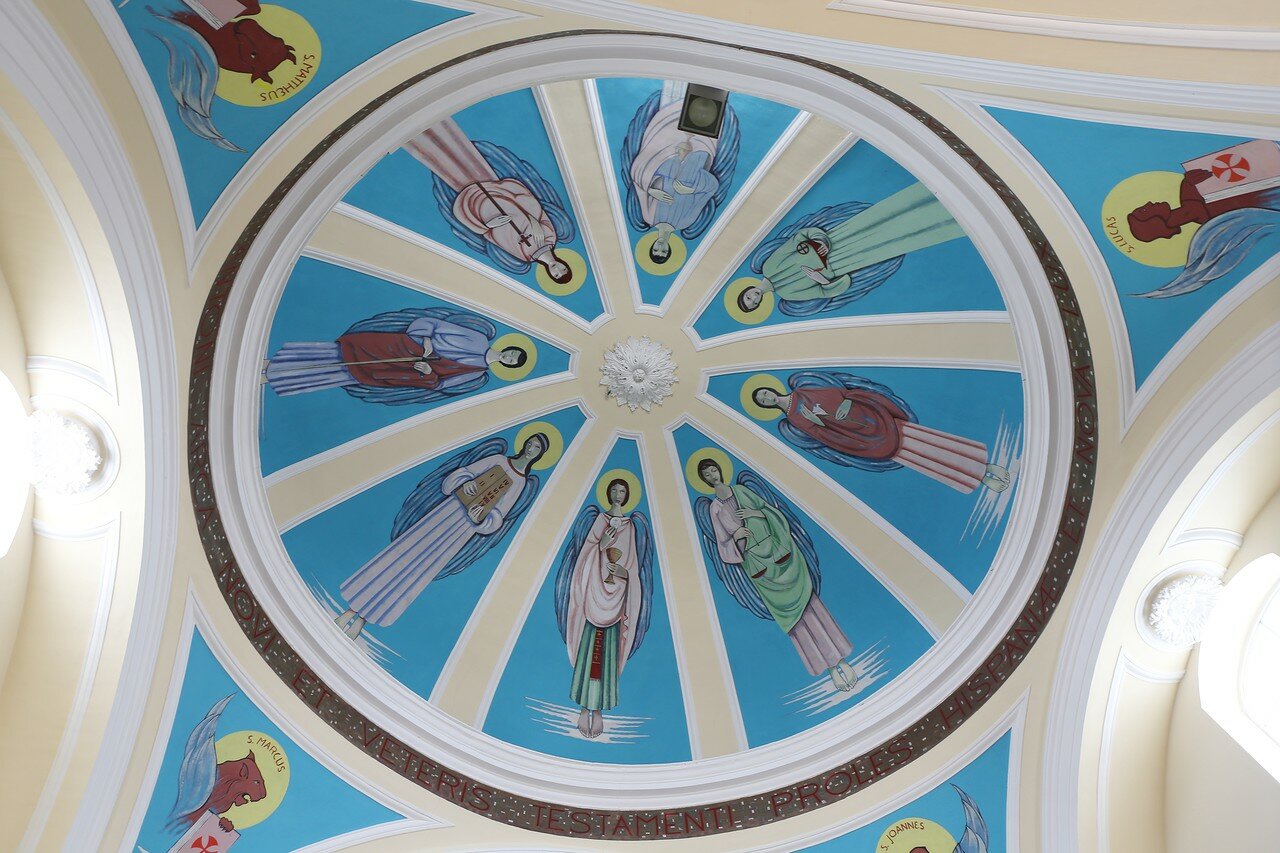 Below, a few hundred meters in the direction of Serrara, there is another church, more size. In any case, unlike this, on the map it is marked, and is called Chiesa di Santa Maria della Mercede. But there was no time to go there. 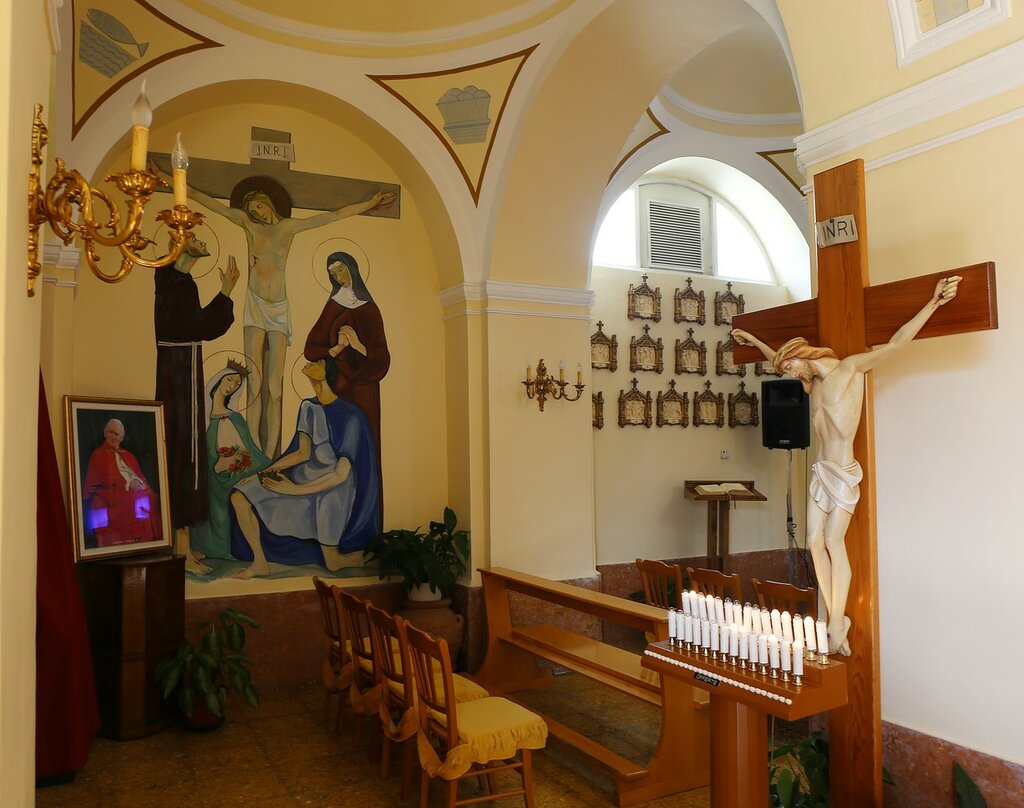 Well now I headed along Via Epomeo towards the top of a dormant volcano. 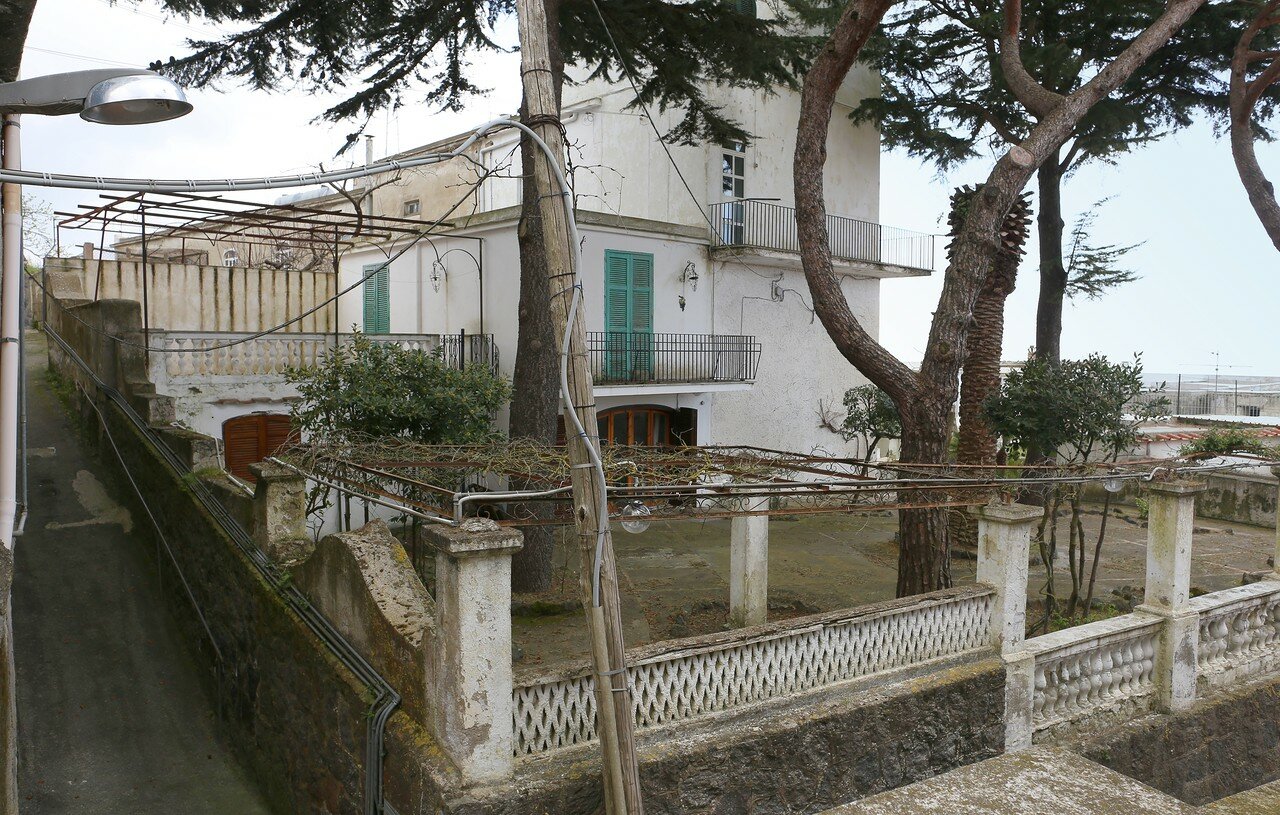 The street was quite steep, and I thought for a moment that if it went on like this, I might as well forget about going back to my hotel for lunch. But the road to the top of Monte Epomeo was not difficult and even pleasant. 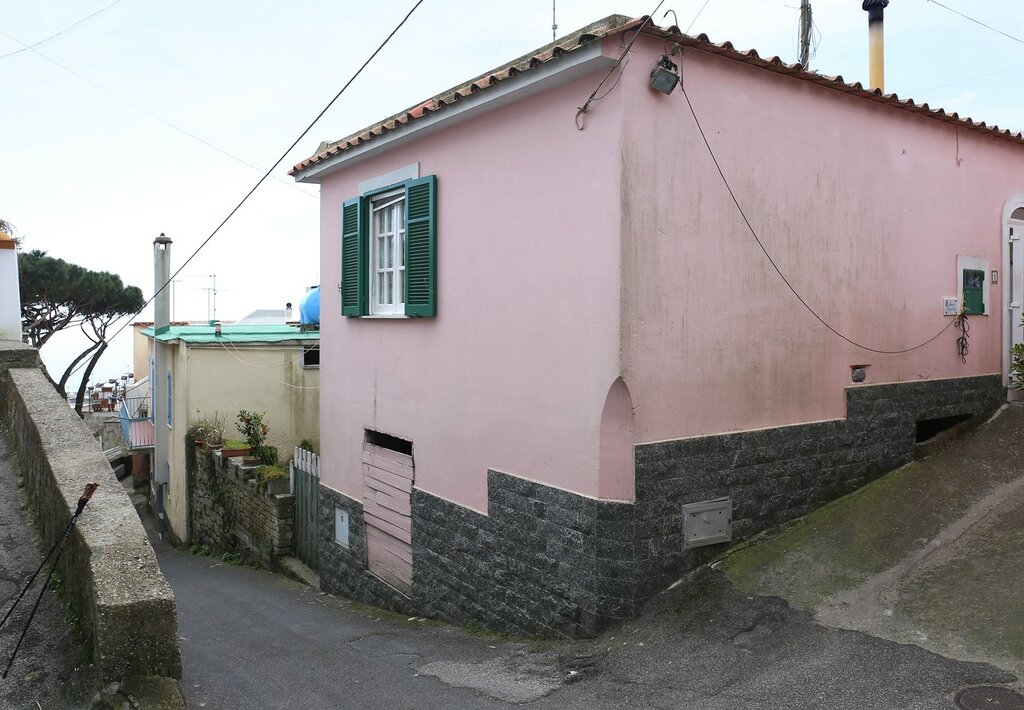