From the Chalet Primavera restaurant inside the area goes Via Mirabella short, at the end of which the visible Church (map), which is a magnificent example of Neapolitan Baroque. 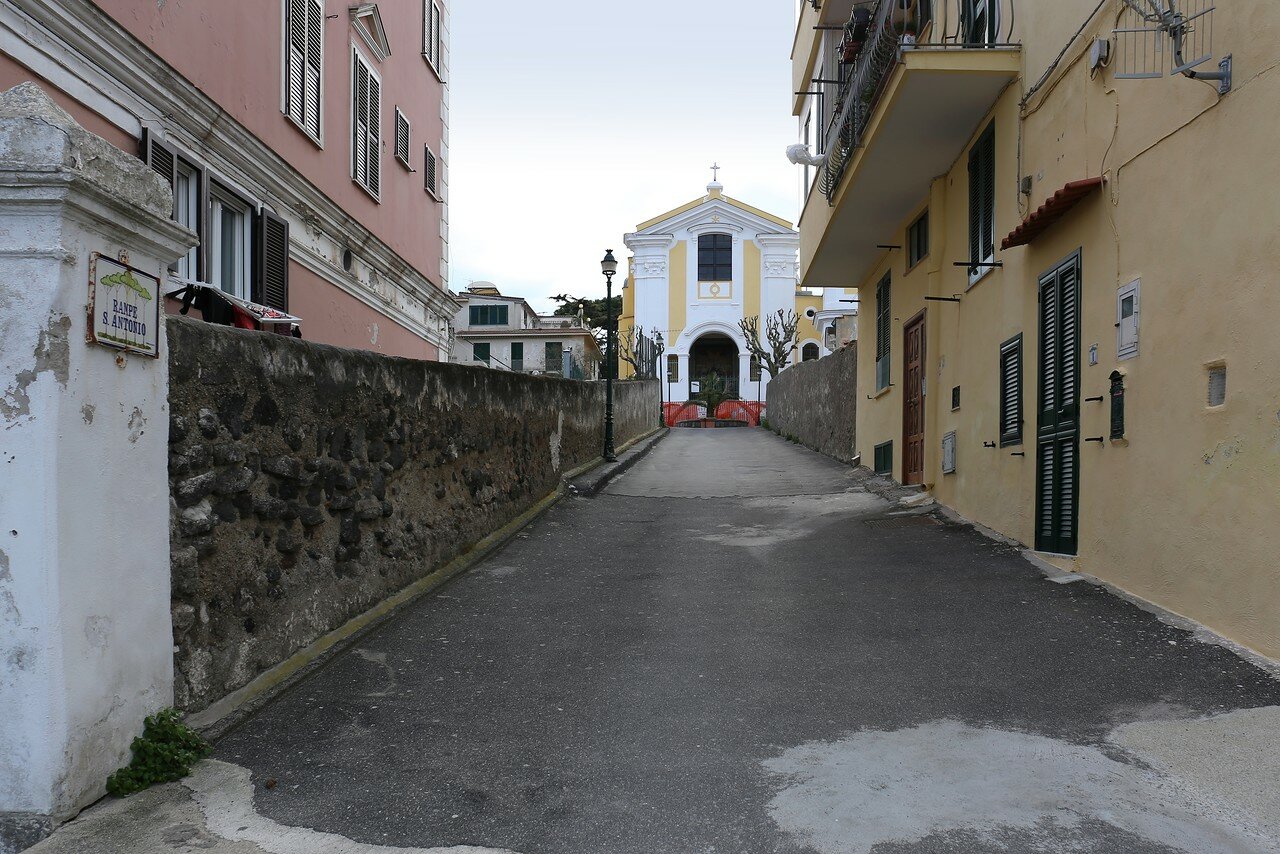 The Temple belongs to the oldest on the island the monastery, acting in our days. Historians believe that the monastery was founded in 1225 by local residents, surviving after a terrible epidemic of the plague swept the island in the early 13th century. 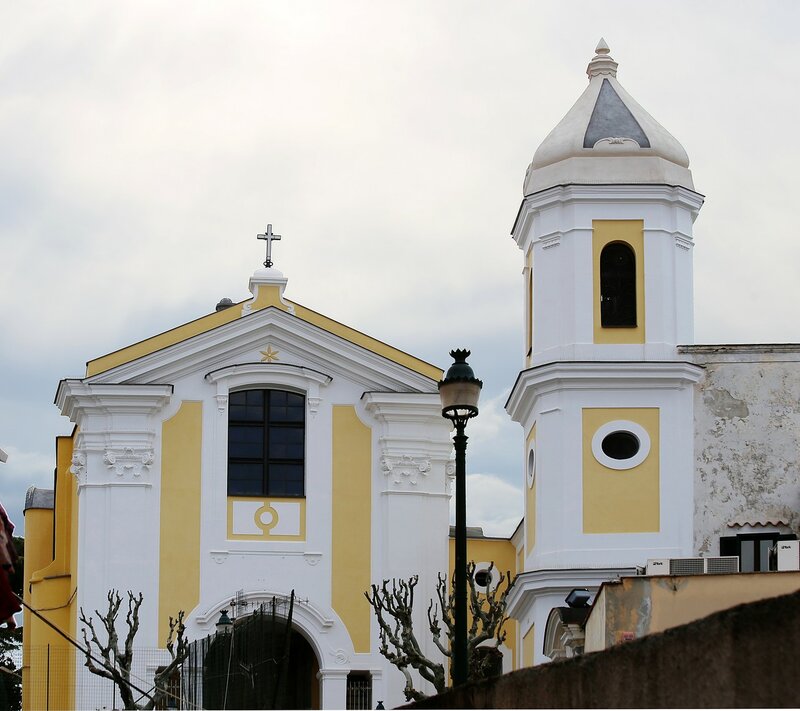 the Monastery was dedicated to St. Francis and, there is reason to believe that this is the first monastery of this order in the Campaign. The monastery was built in the forest Fiaiano (La Pineta Fiaiano, ) and during the eruption of 1301, he was destroyed by lava flow. 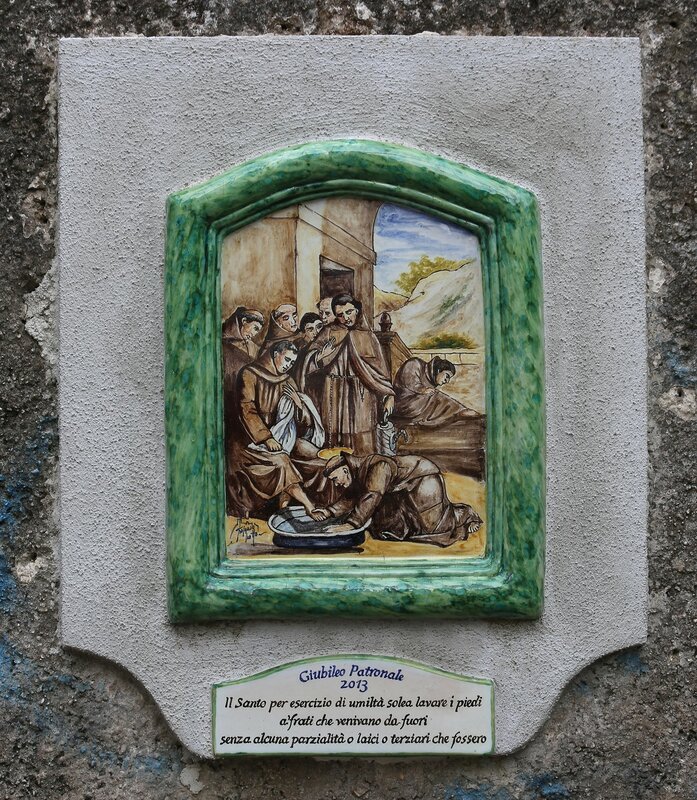 the Monastery was rebuilt on a new location near the Church was erected, dedicating it to Saint Anthony. 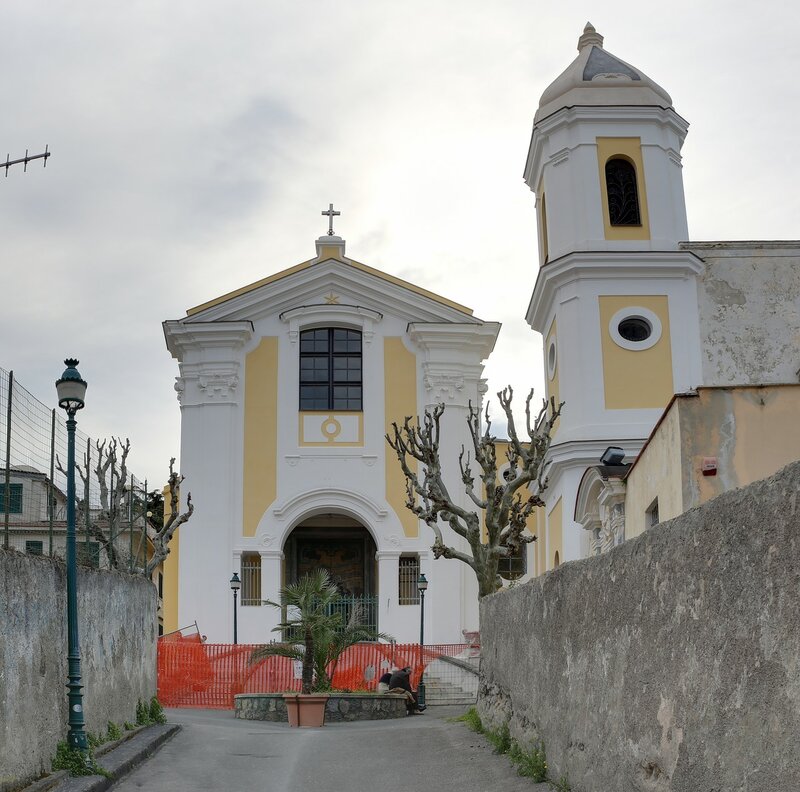 the Church was rebuilt in 1740, receiving a new facade and bell tower. 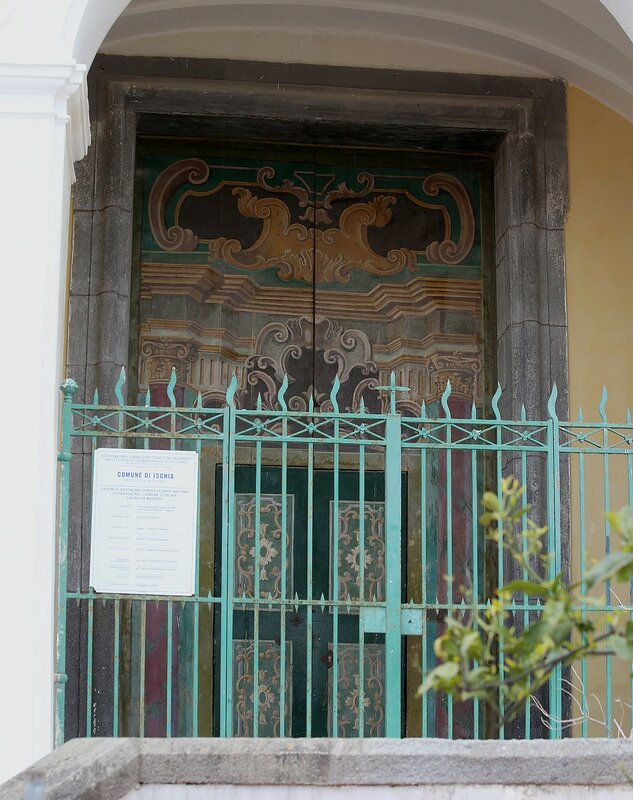 Monastery belonged to the order of St. Francis until the early 19th century. 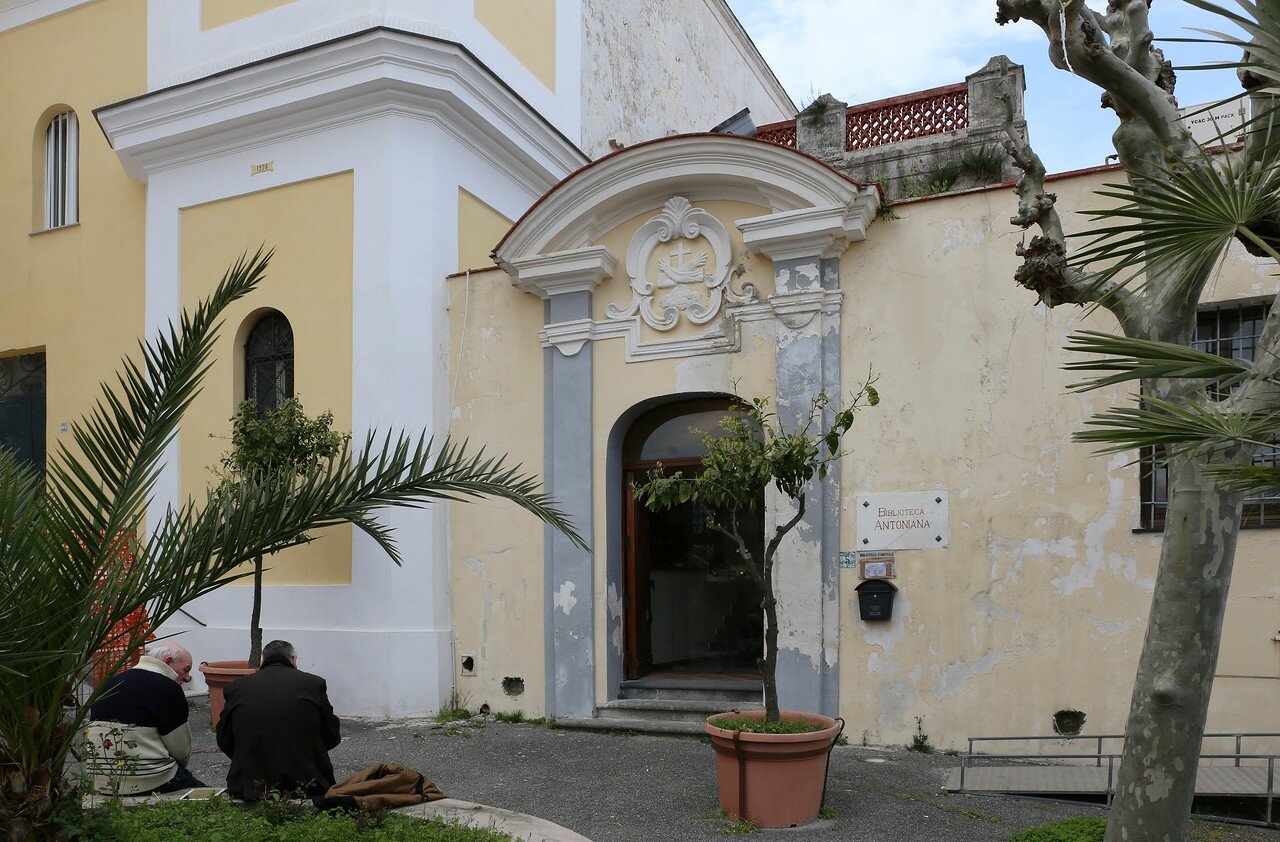 Above the portal you can see the symbol of the Franciscans - two arms under the cross. Nude hand belongs to Christ, dressed in habit - St. Francis, which means imitating the Ministry of Christ and to imitate him in everything up to the end of life. 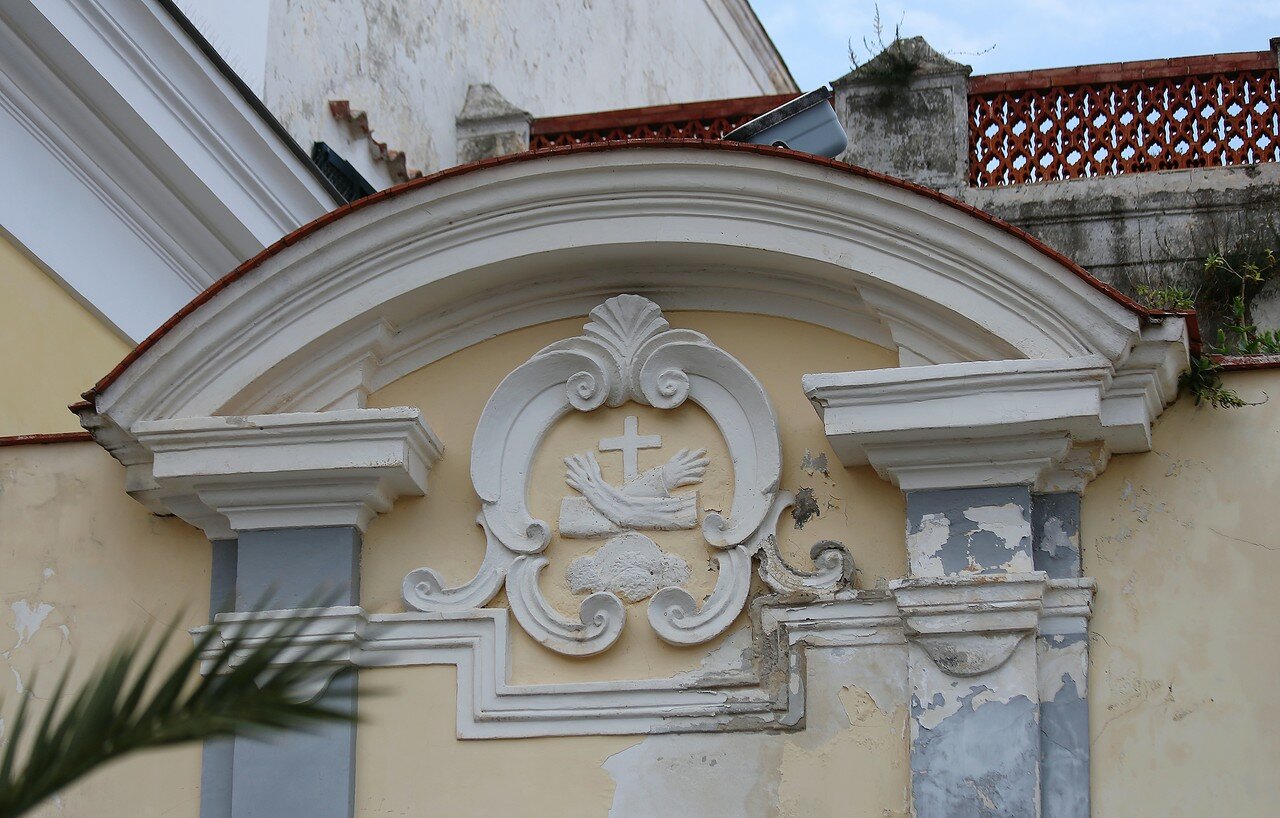 Since 1806, the building became the abode of clarissine resettled from the Aragonese castle, in 1911, they were replaced by monks from the order of Lesser Brothers (Frati Minori, a Franciscan kind), which occupy part of the building to the present. In the other half housed a public library. 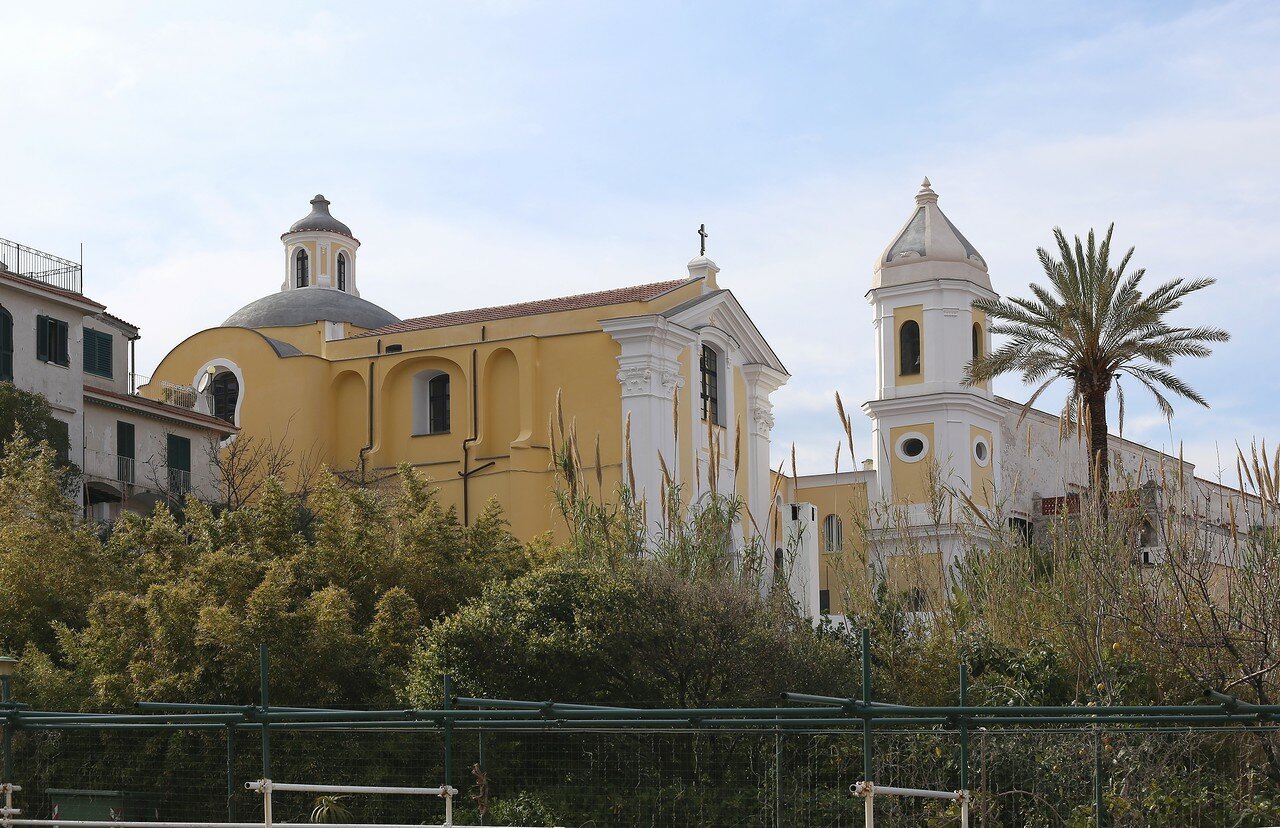