After lunch, I planned to visit the Aragonese castle and headed towards Ischia Ponte. A couple of blocks from the hotel, I visited a small Church in Piazza San Giorgio (map), notable for the fact that here in 1509 married two historical figures - Ferrante d'Avalos, known for victories in the Italian war of 1521-1526 and Vittoria Colonna, poet and intellectual of the Renaissance. To the right of the portal you can see a memorial plaque installed on the occasion of the 400th anniversary of the marriage. 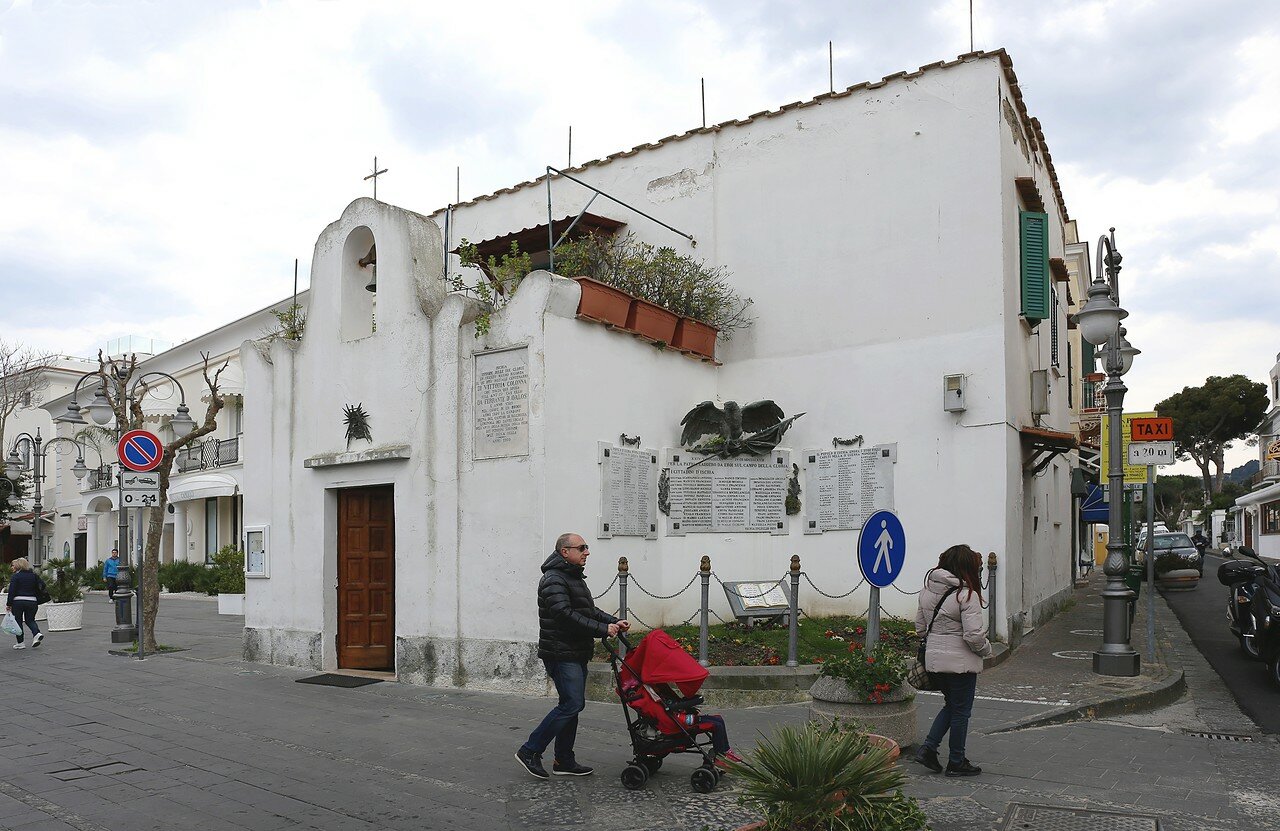 This church is one of the oldest on the island and it is not known exactly when it was built, presumably in the early 15th century. The first record in the archival documents refers to 1543, the bishopric gave the temple Augustine monastery of Santa Maria della Scala. I must say that until the middle of the 19th century, this part of the skeleton was almost uninhabited, residential areas were in close proximity to the Aragonese castle. 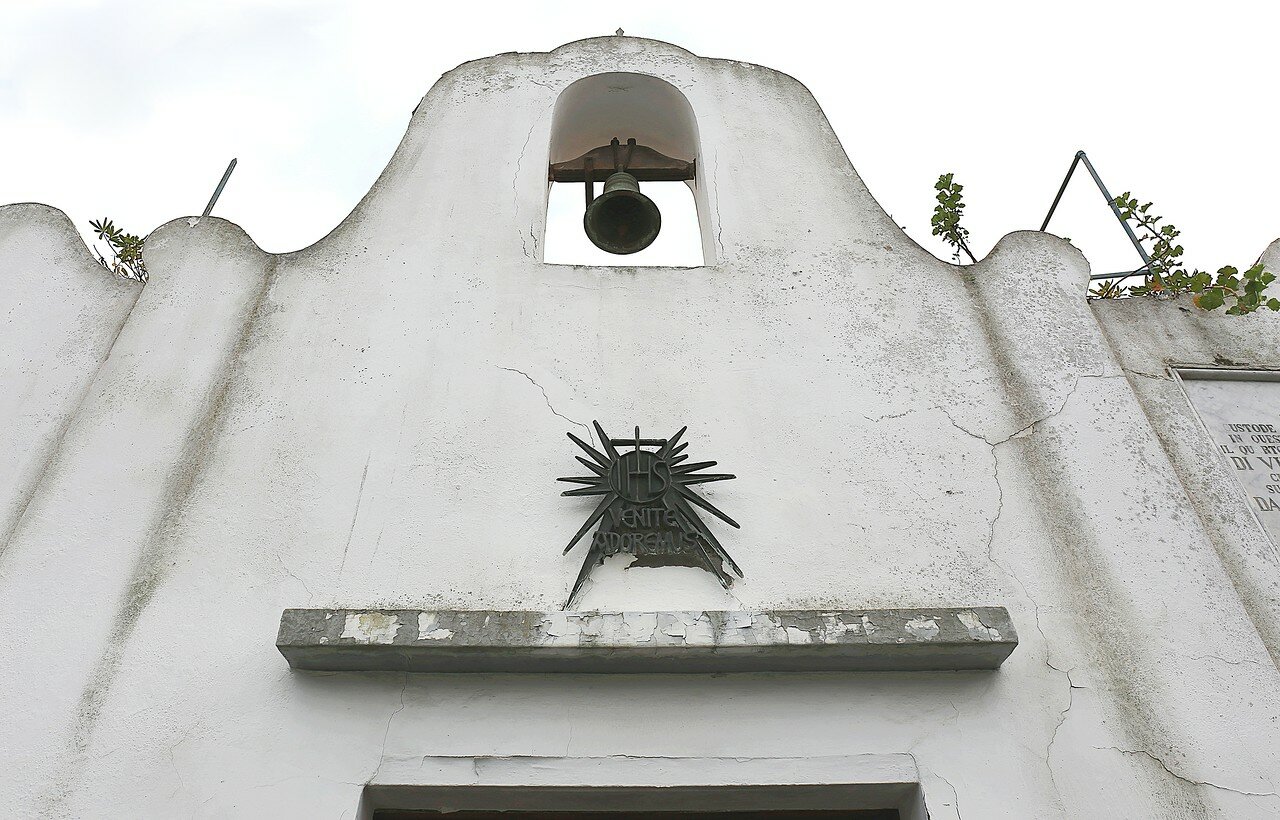 Inside the сhurch is a long narrow room with a low vaulted ceiling, looking very ascetic. 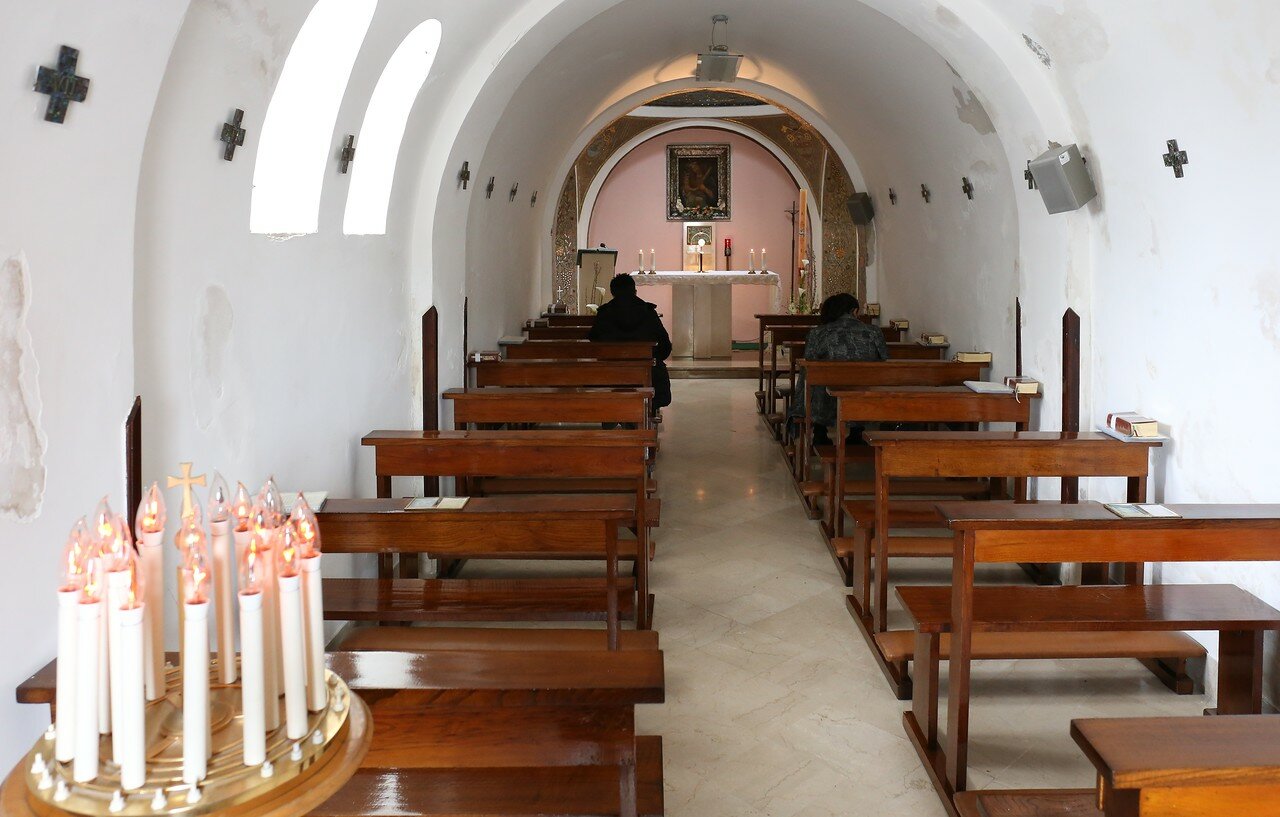 Lack of decor more than compensates for the altar part-the dome with a hole at the top and columns decorated with fine mosaics in a completely original style - the dome is more like the work of abstractionists, and floral ornaments reminiscent of the era of modernity. The columns can image of the island with papal attributes, and olive branch, completes the picture saltany the image of the Madonna and child in mosaic salary. 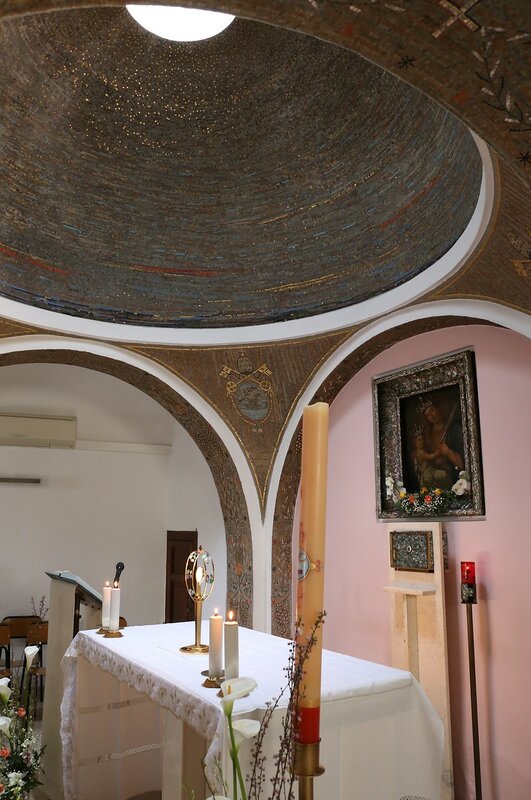 To the right of the entrance to the church is a small memorial dedicated to the inhabitants of the island, who died in World wars. 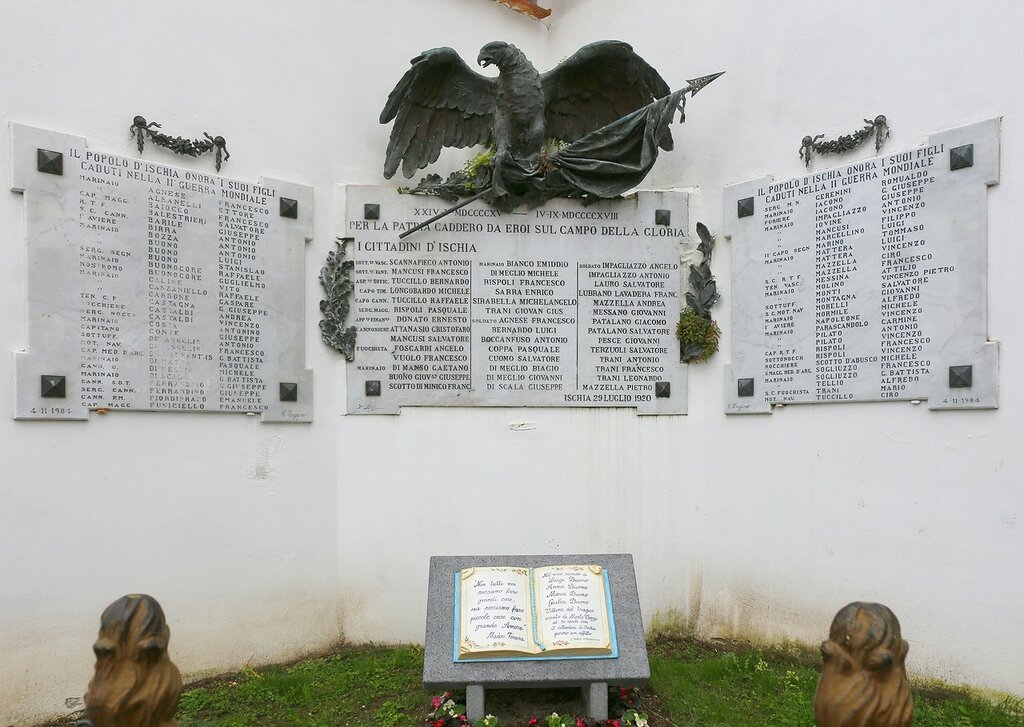