Next to the Cathedral of Virgen Assunta, on the other side of the street there is another church (Chiesa dello Spirito Santo), the facade of which, in contrast to the Cathedral, looks very simple. 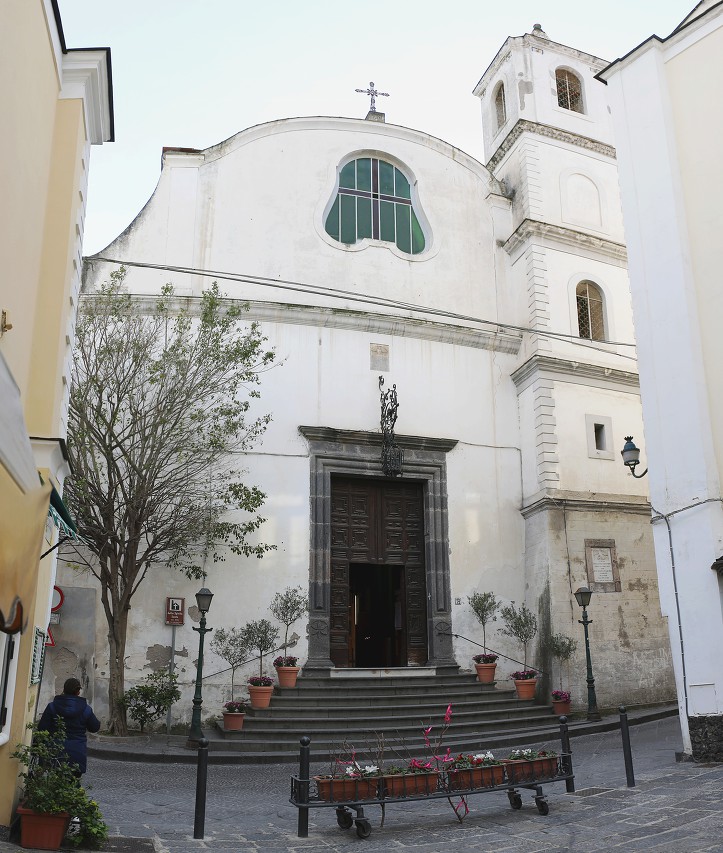 A commemorative plaque to the right of the portal informs: "Stop and look at this building dedicated to the Holy Spirit, and know that it was built with scanty funds and laborers of the sea in 1674". Originally on this site was a small private chapel of Hagia Sophia, owned by the Cossa family and built in 1570. In 1613, a small hospital for fishermen was opened next to the chapel. In 1636, the community decided to build a new church next to the hospital. In 1652, the project of the already partially erected building was revised upwards. The chapel and hospital were demolished, and in 1674 the new church was consecrated in the name of Holy Spirit and open to parishioners. 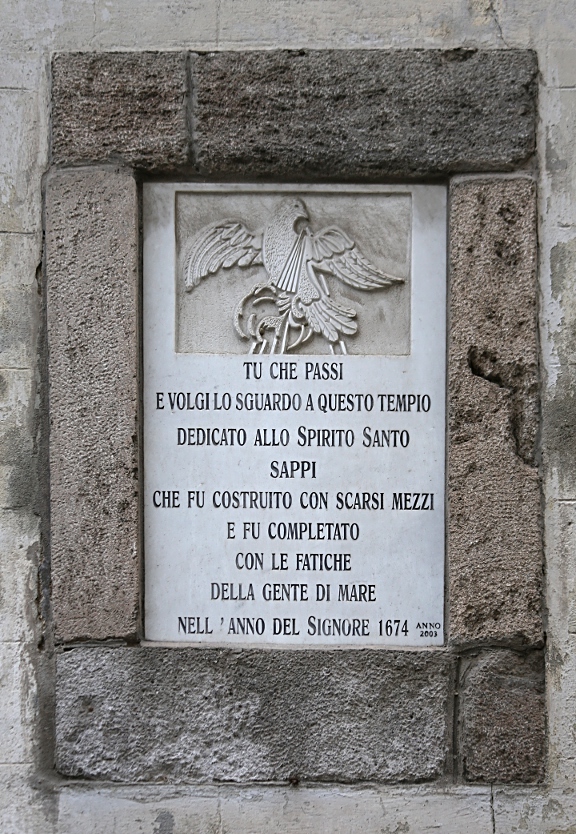 Of the elements of decoration of the facade, only the portal with an openwork metal lantern, framed by a gray stone, can be noted. 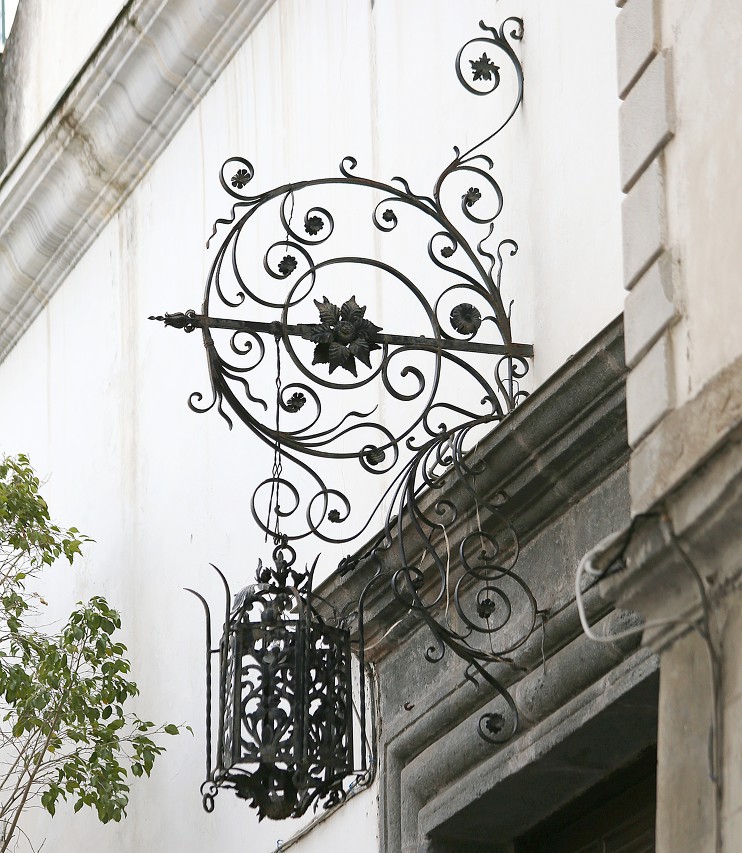 The dome of the bell tower is covered with yellow and green glazed ceramics, but you can only see it from afar. 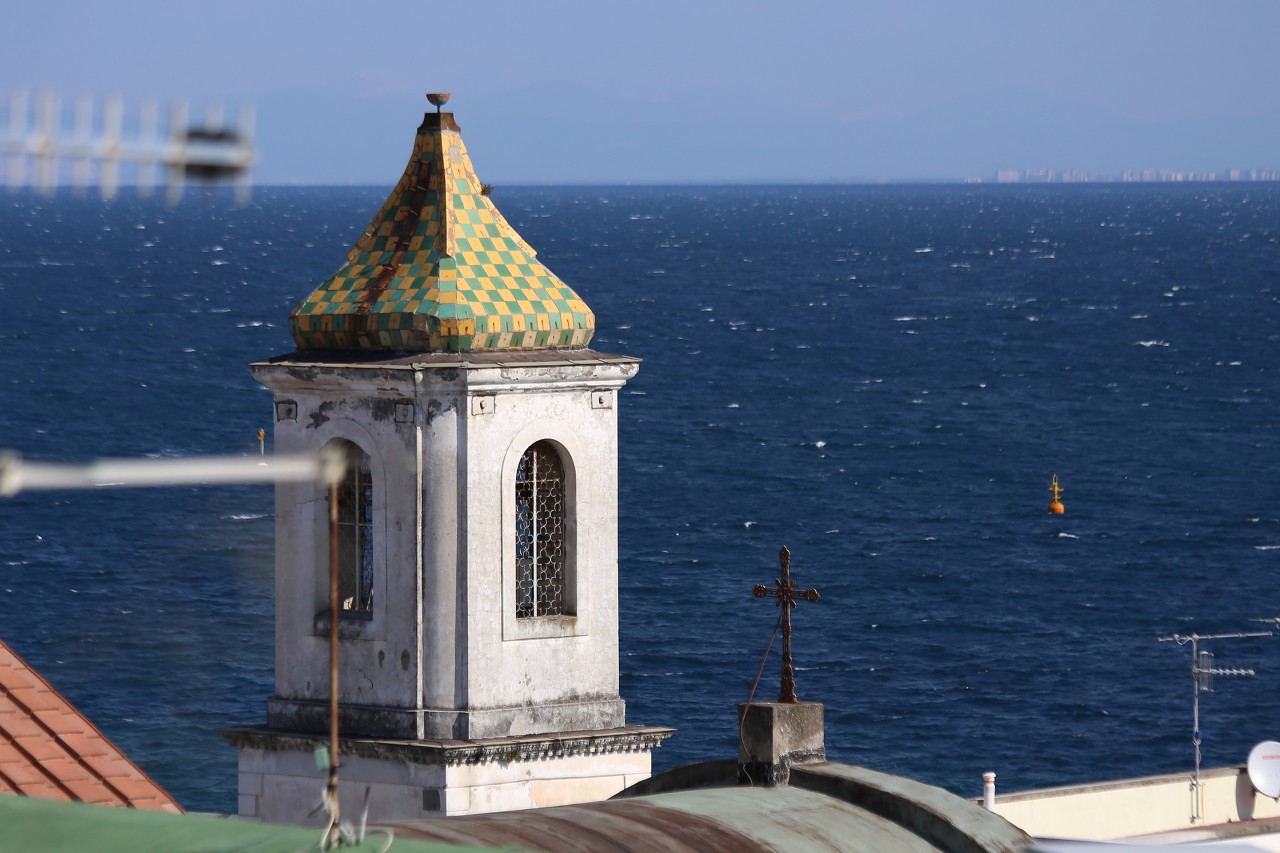 Once inside, you feel some surprise - the luxurious interiors of the сhurch contrast sharply with the modest facade. 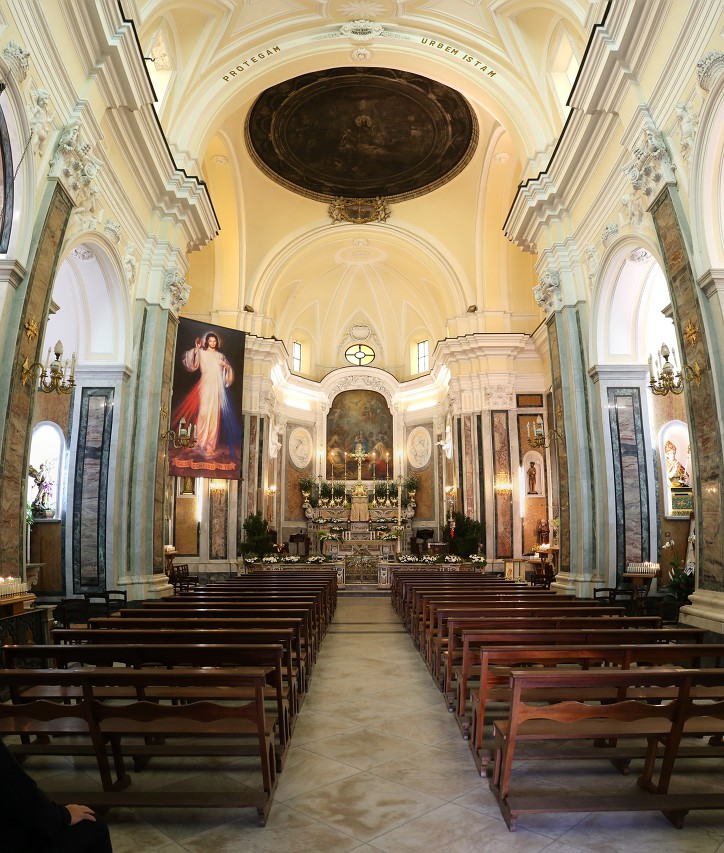 The design uses colored marble and a large amount of stucco. 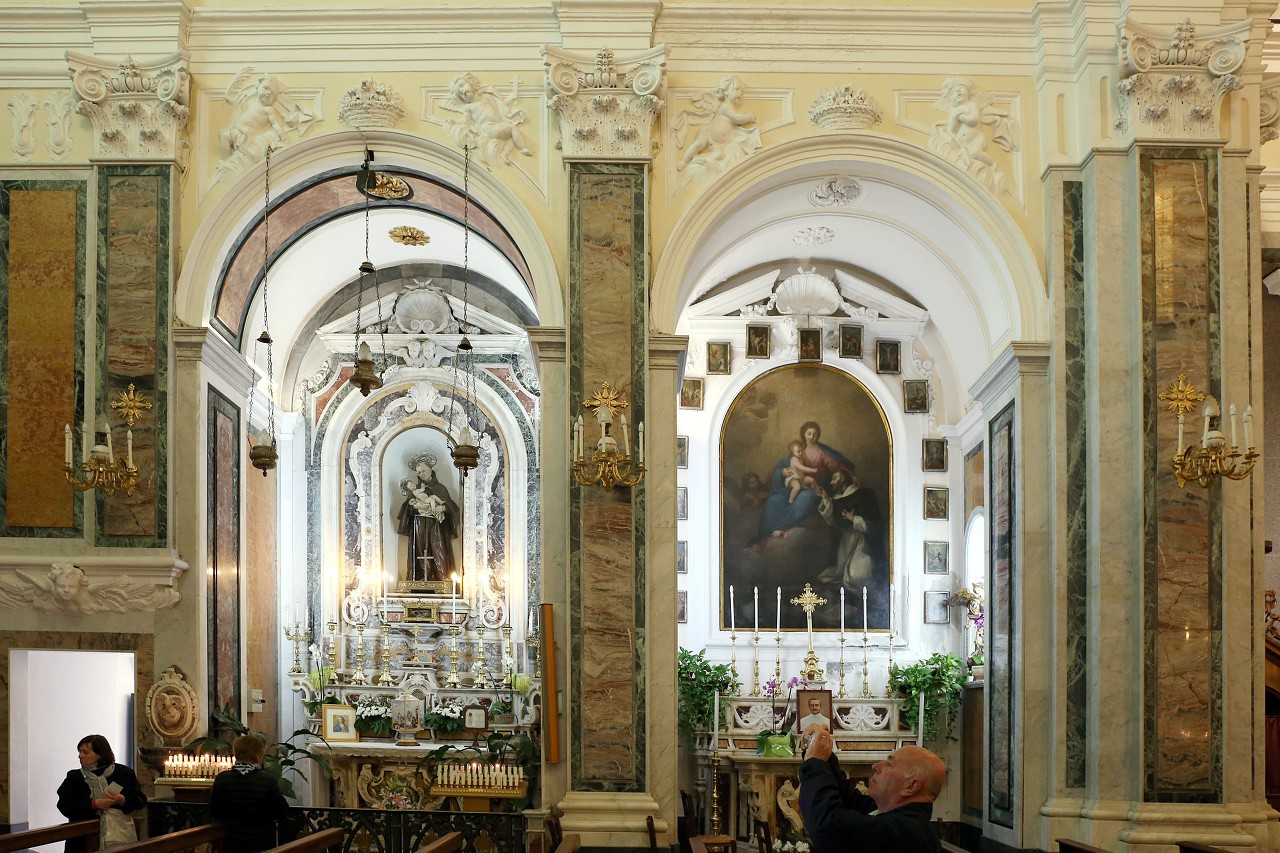 There are many paintings from the 17th and 18th centuries in the chapels and on the walls of the church. 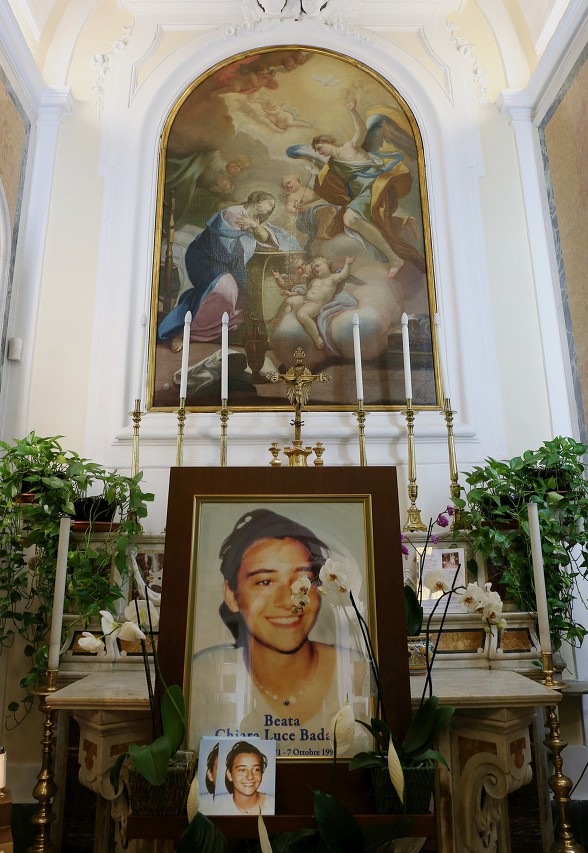 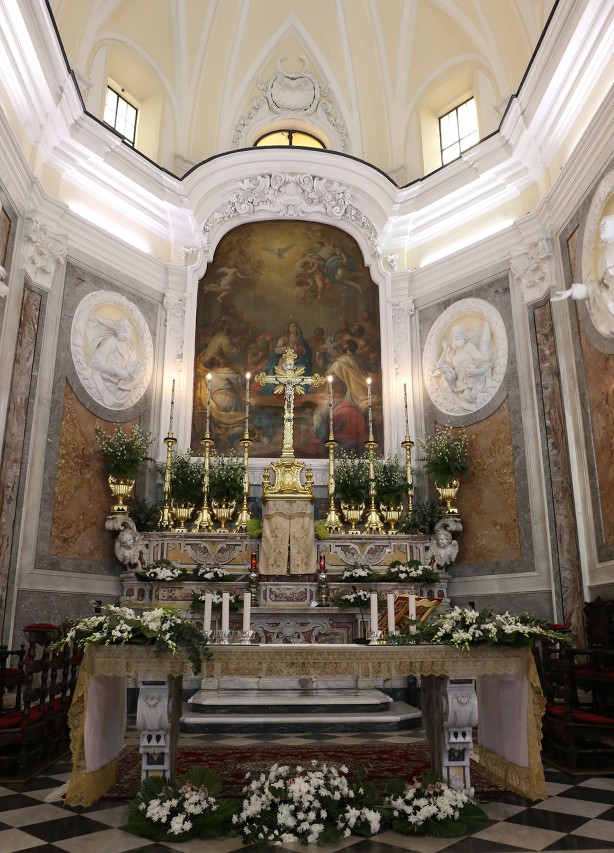 In round niches on the sides of the altar, you can see bas-reliefs of Saint Peter, James, Andrew, and John the theologian, made in 1768 by the sculptor Cesare Starace. 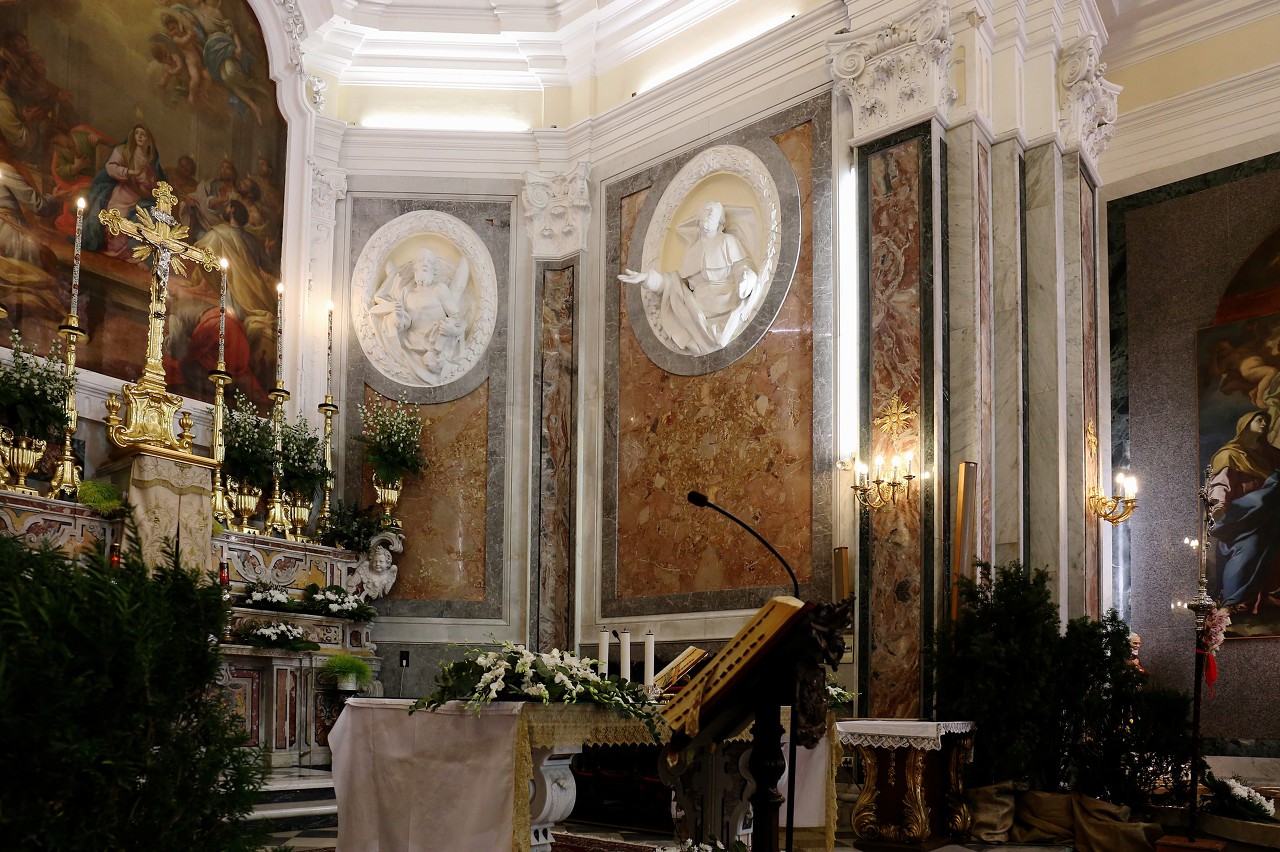 On one of the side altars, you can see an 18th-century crucifix brought from Spain in the 19th century. 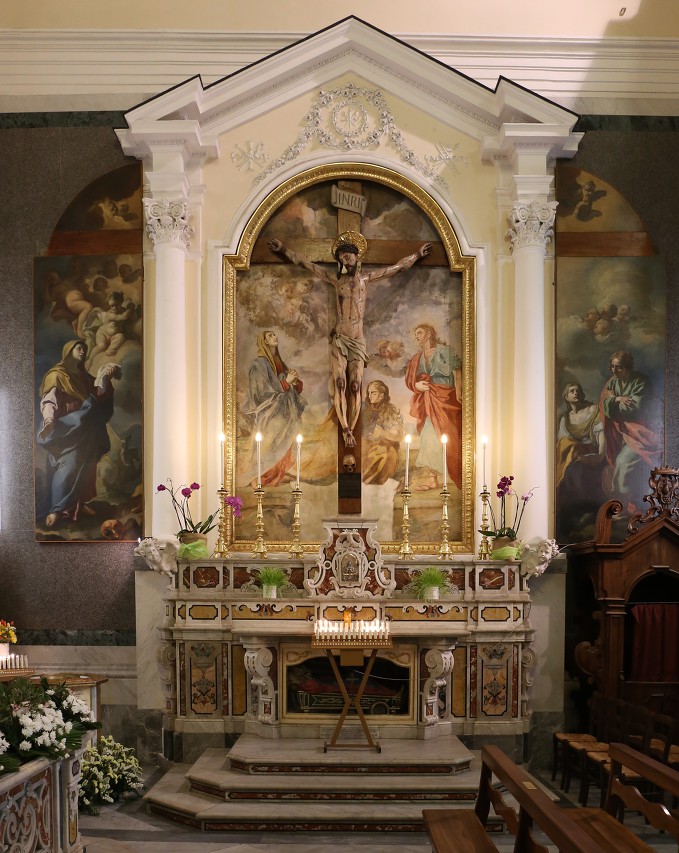 The theme of the ceiling painting is very relevant for the congregation, consisting of families of sailors. The painting depicts a biblical story about the miracle of Jesus walking on water and calming the storm. 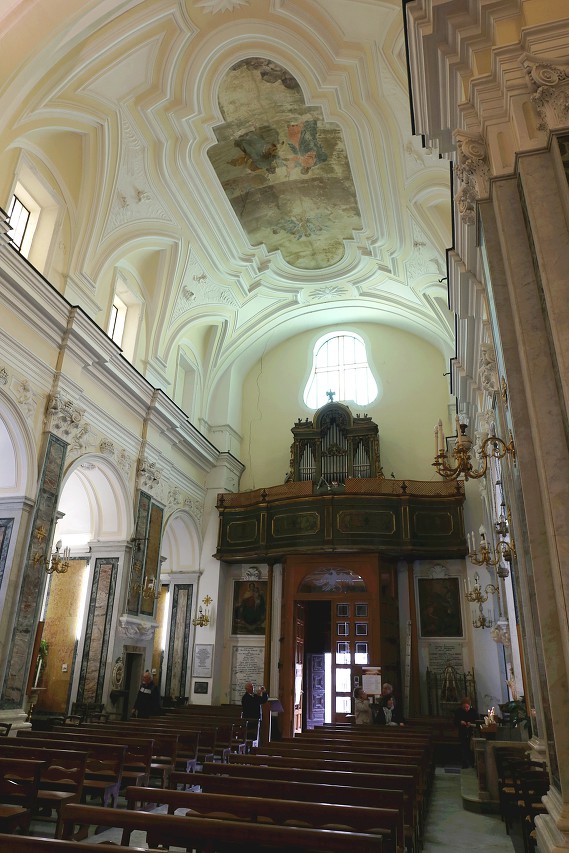