In Ischia Ponte, a block from the bridge leading to the Aragonese castle, is the Glan temple of the island-the church of the assumption of St. Mary (map). 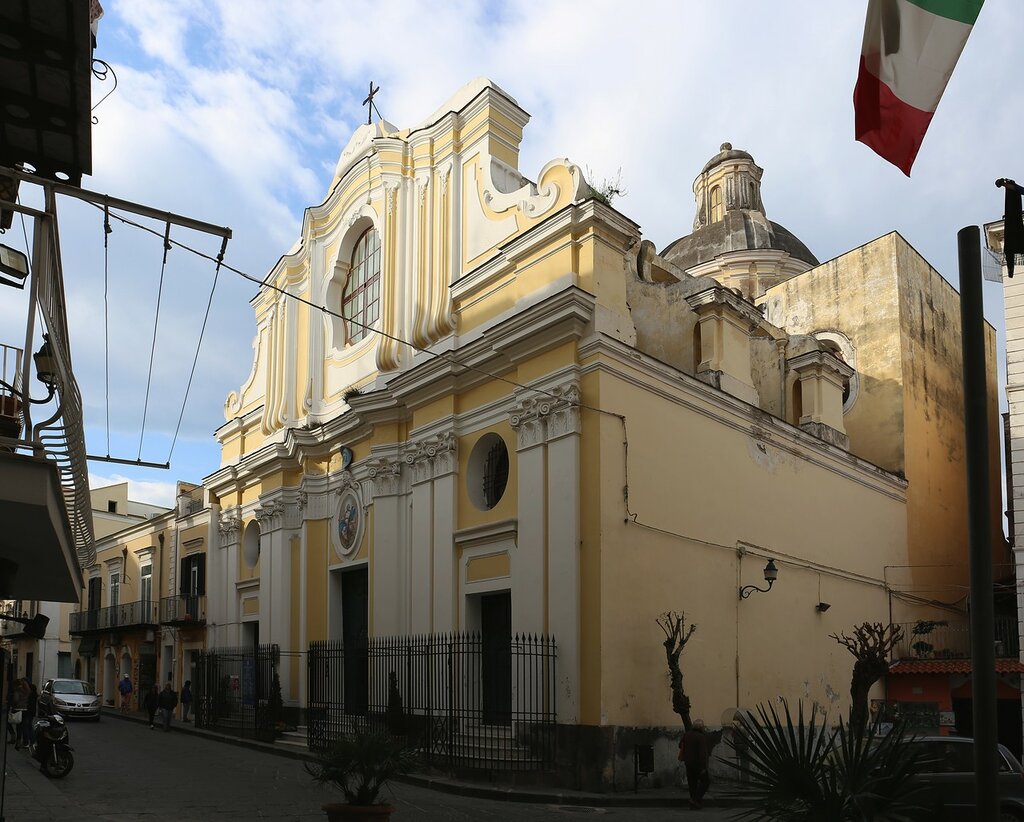 The history of the church starts in 1388, after the death of Giovanni Cossa, Governor of Ischia. In memory of the deceased, his son Pietro was built on the seafront not far from the Aragonese castle, the monastery, betraying his Augustinian (Family Cossa belonged to the Angevin dynasty, the other the son of the late Governor known as the "antipope" John XXIII). The monastery Church was named dedicated to Madonna della Scala. 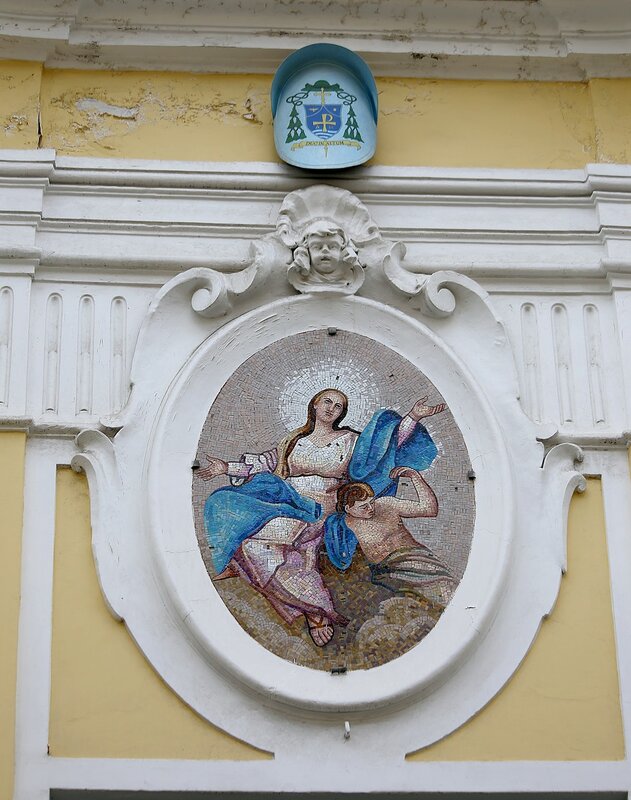 In 1596 from the sea, was built the massive tower, more like fortress tower, she performed the functions of a fortress, the inhabitants were saved during pirate raids. 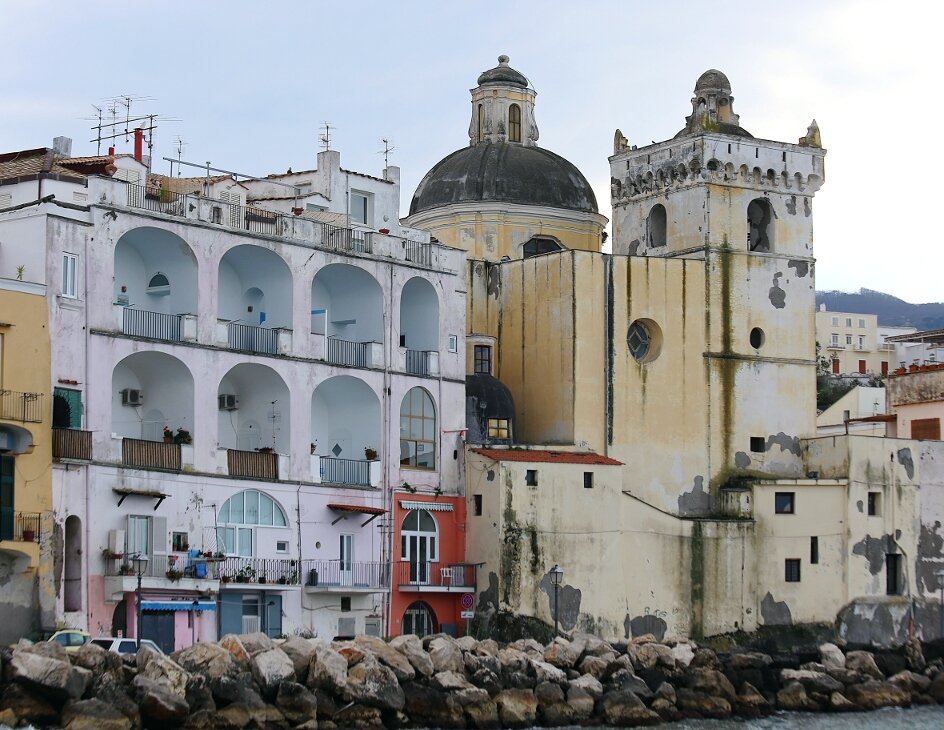 For centuries, the church was destroyed three times by earthquakes and robbery, and each time it was restored, changing its appearance. 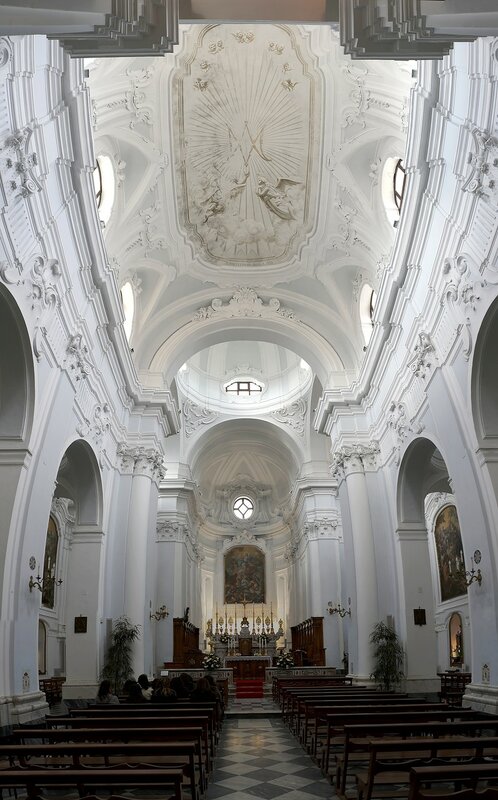 In 1809, the Cathedral, located in the Aragonese fortress, was destroyed to the ground by the artillery of the English squadron that besieged the island. 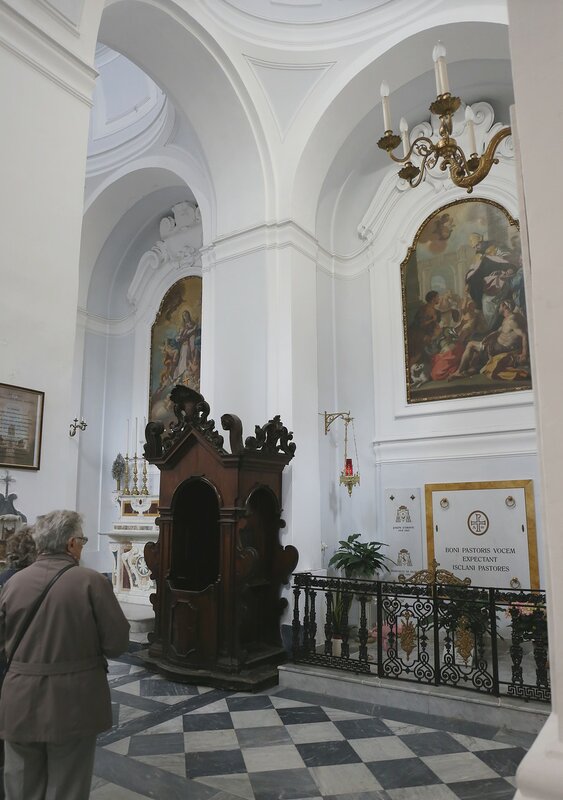 The surviving utensils and works of art were transferred to the monastery Church, after which it was given the status of the Cathedral of the diocese of Ischia and a new name-the assumption of St. Mary. 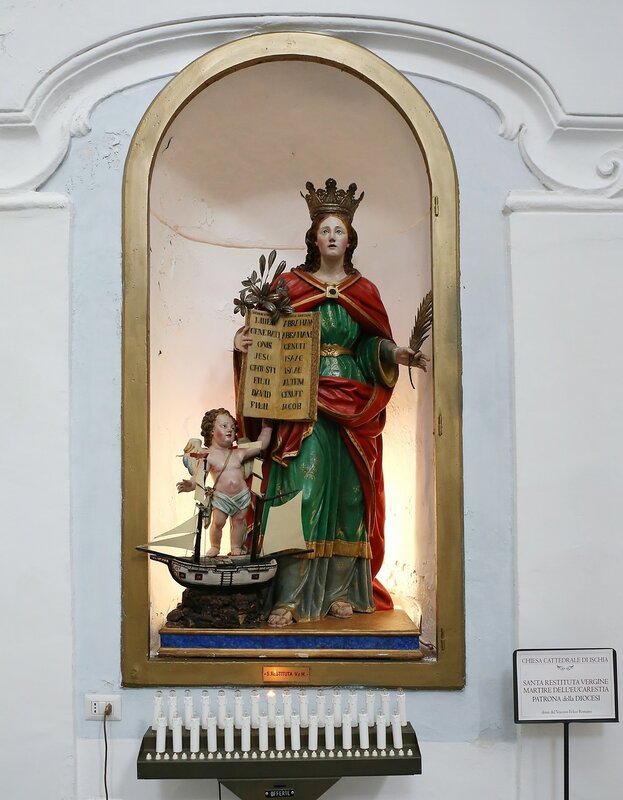 In the same year the island was captured by the French, and Napoleon's Marshal Joachim Murat became king of Naples. Murat abolished monastic order, the Augustinians left the island until the restoration of Bourbon dynasty. 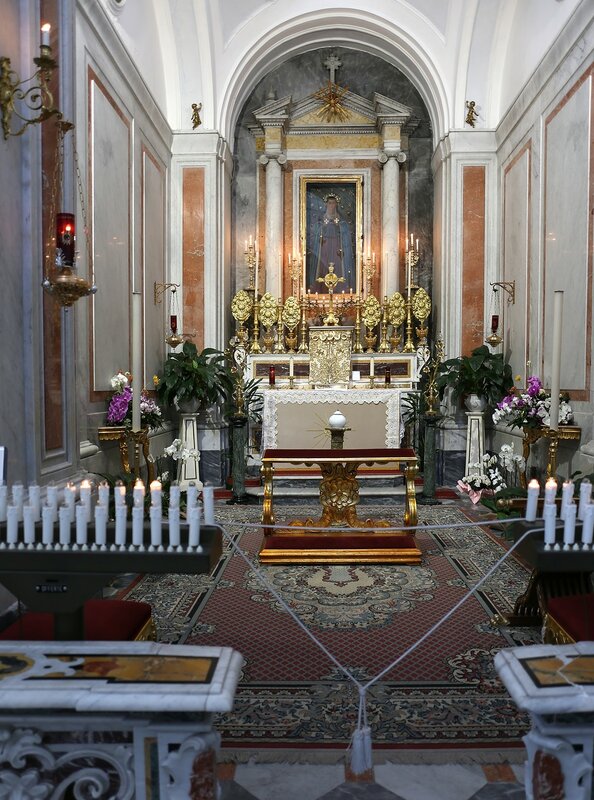 However, the church got its present appearance exactly under Murat, in 1810 the facade and interiors were decorated in Baroque style. 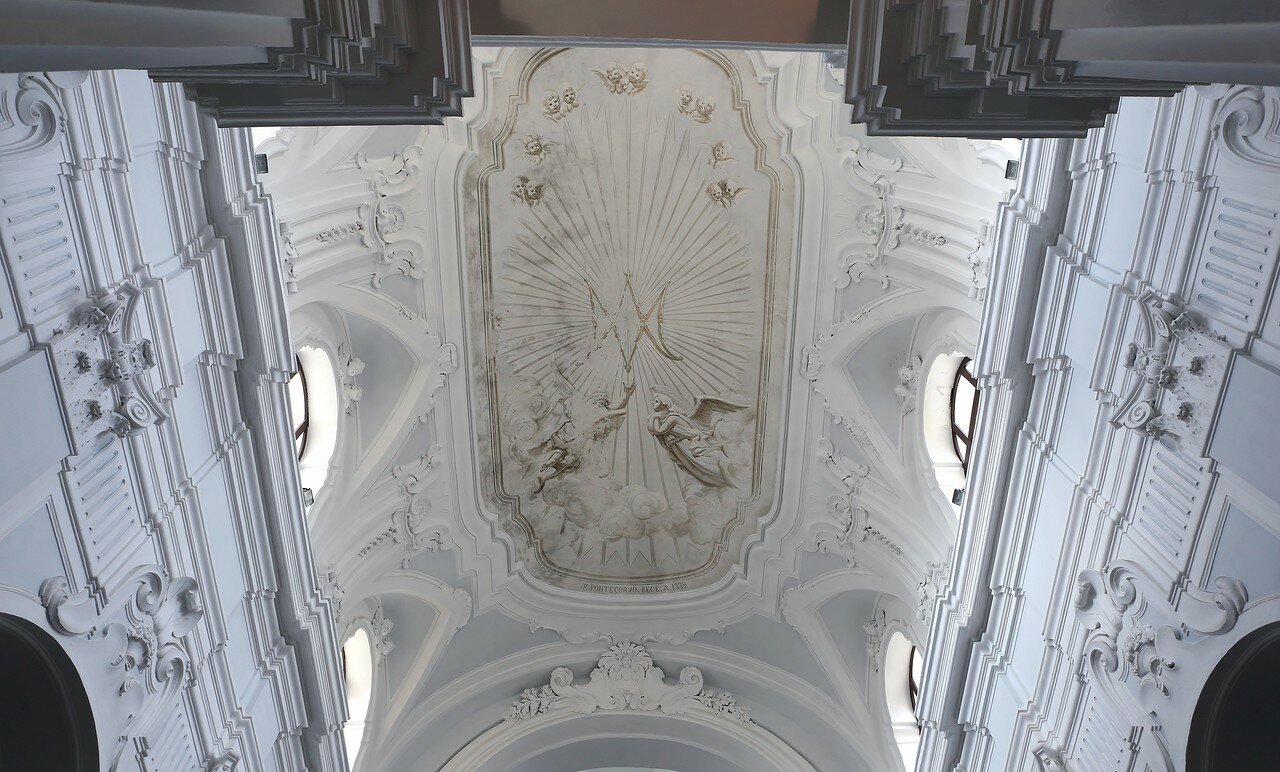 But the interior looks quite modest, in contrast to standing in front of the Church of the Holy spirit. 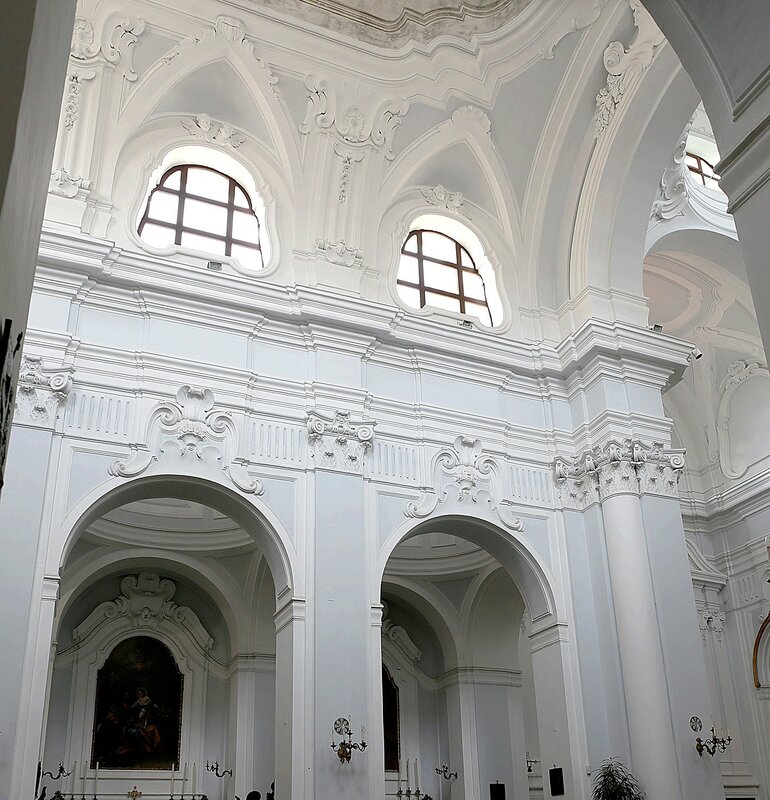 The altar was moved from the destroyed temple and restored. 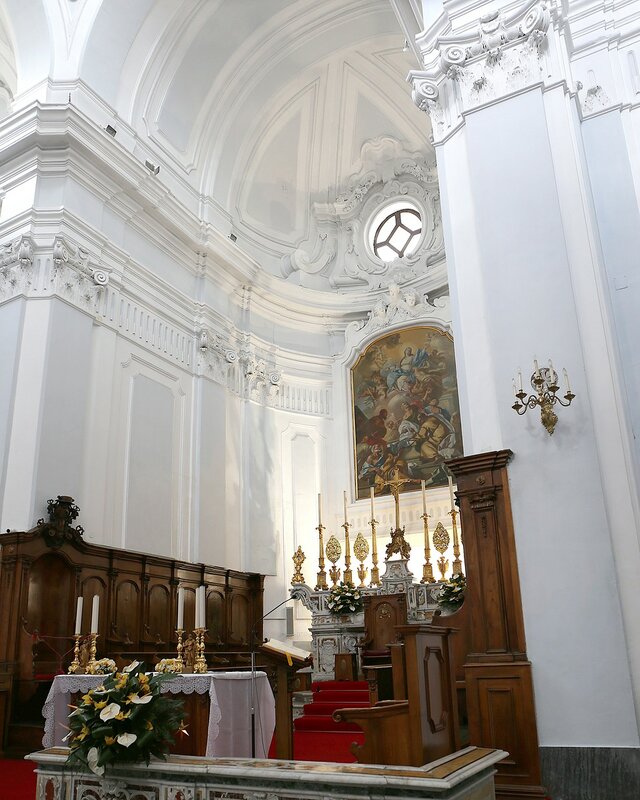 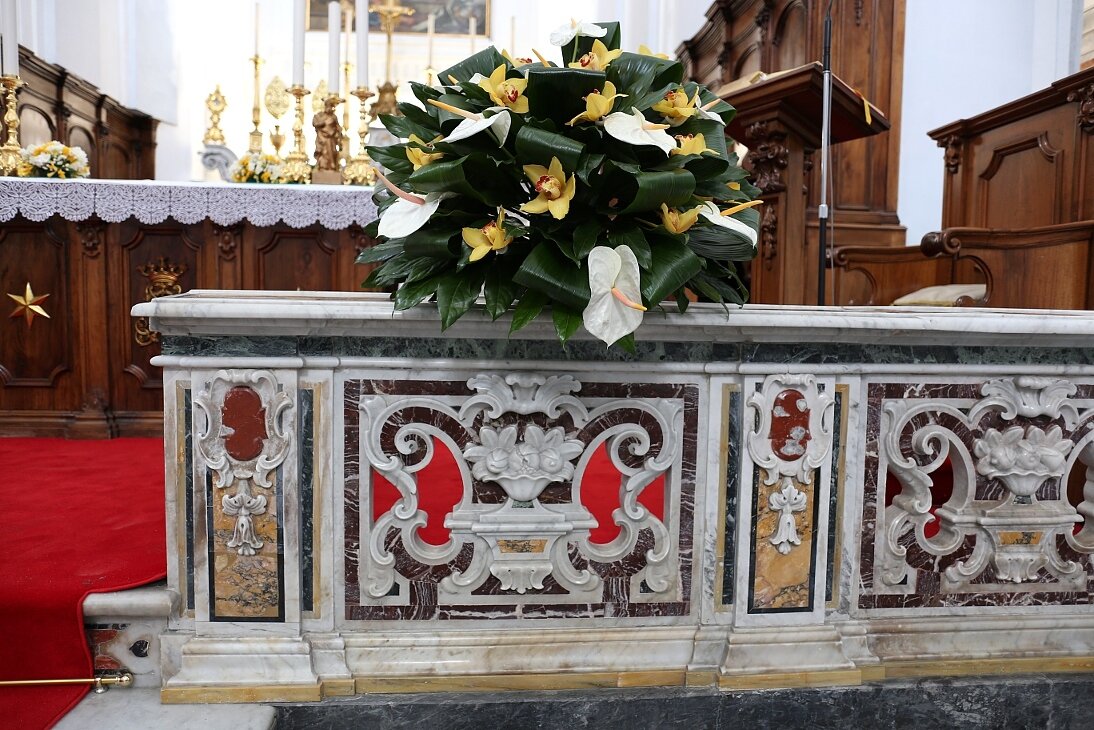 The walls of the Cathedral are decorated with numerous paintings, written mostly in the 18th century. Of particular value are the paintings belonging to the virtuoso of the brush, Jacinto Diano, born in Pozzuoli - "The Annunciation" and "Assumption of the virgin", "Holy Trinity" and others. In the temple there are also several works of the Iscia's talented artist Alfonso di Spigna. 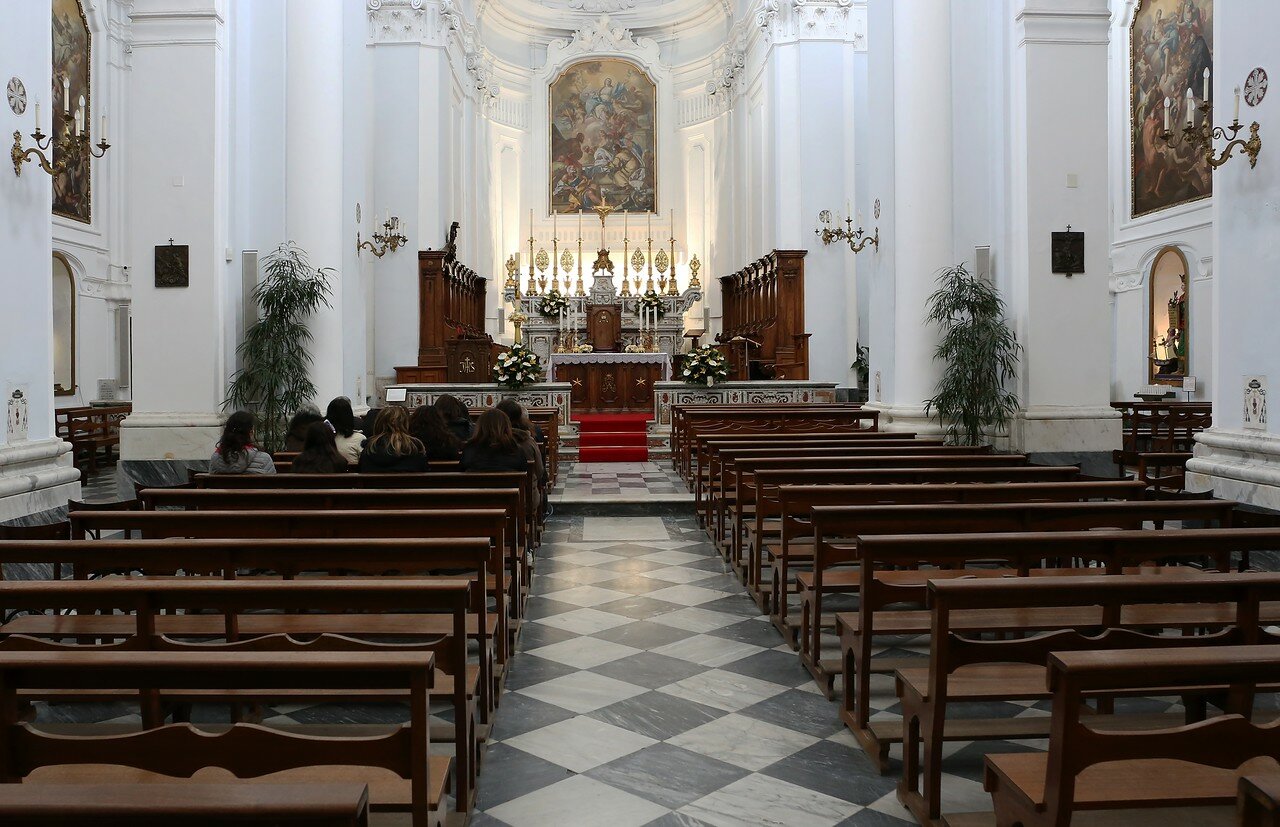 Technical progress does not bypass religious institutions - electric candles and "lit" by pressing a button. The refusal of wax candles has a purely practical meaning - the interiors are free from soot and keep a fresh look for a long time. 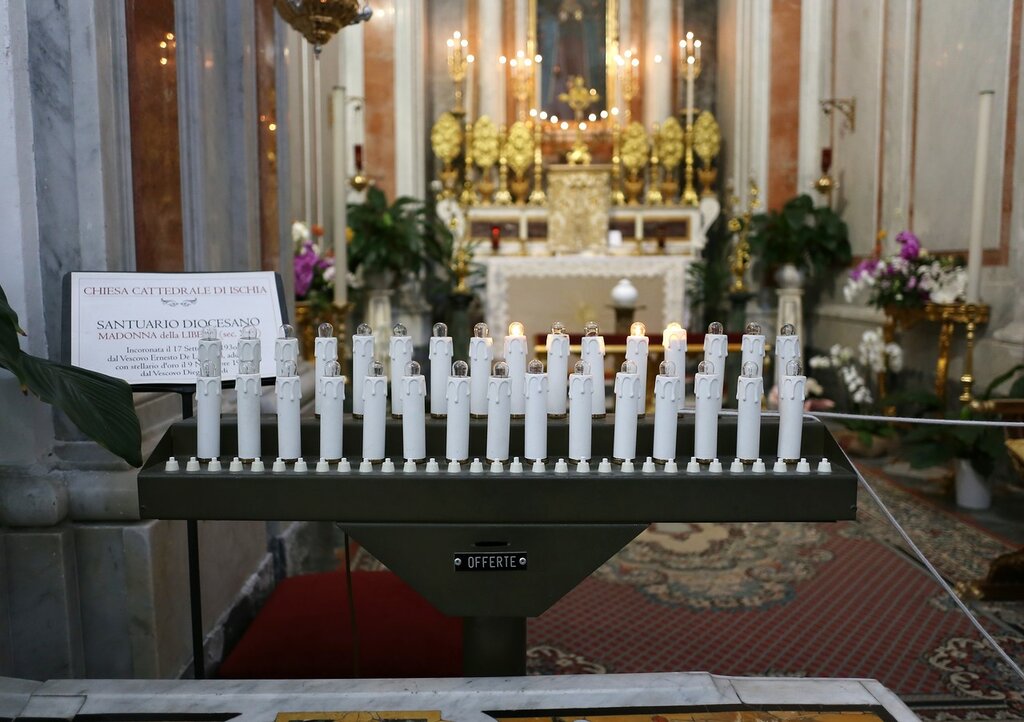