On the edge Borgo di San Nicolo is the oldest surviving Church in the castle (map). 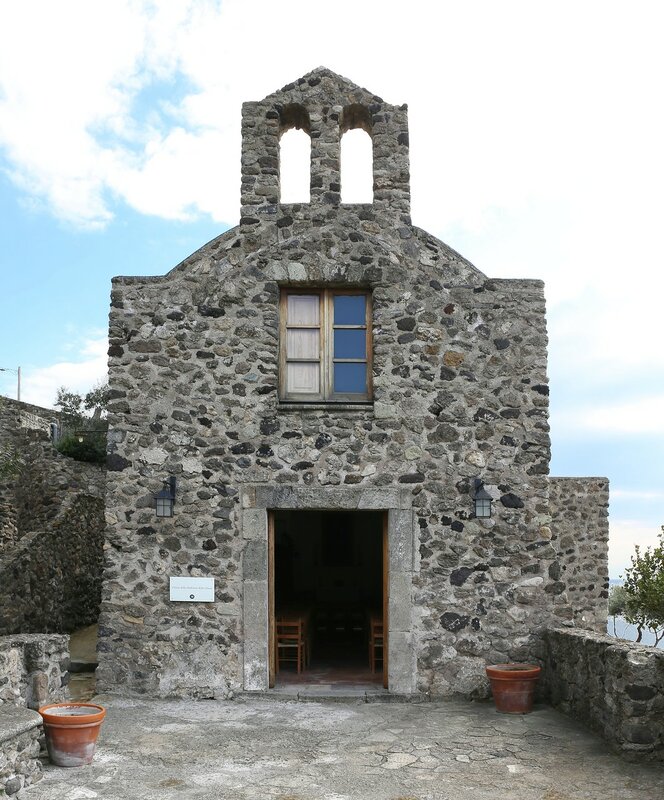 the Church was built in the 12th century by the noble family of Closerto ( in the 17th century in this family, was born Giovanni Giuseppe della Croce, was canonized and is the patron of Ischia). Originally the temple was consecrated in the name St. Nicholas and served as the centre of the parish. 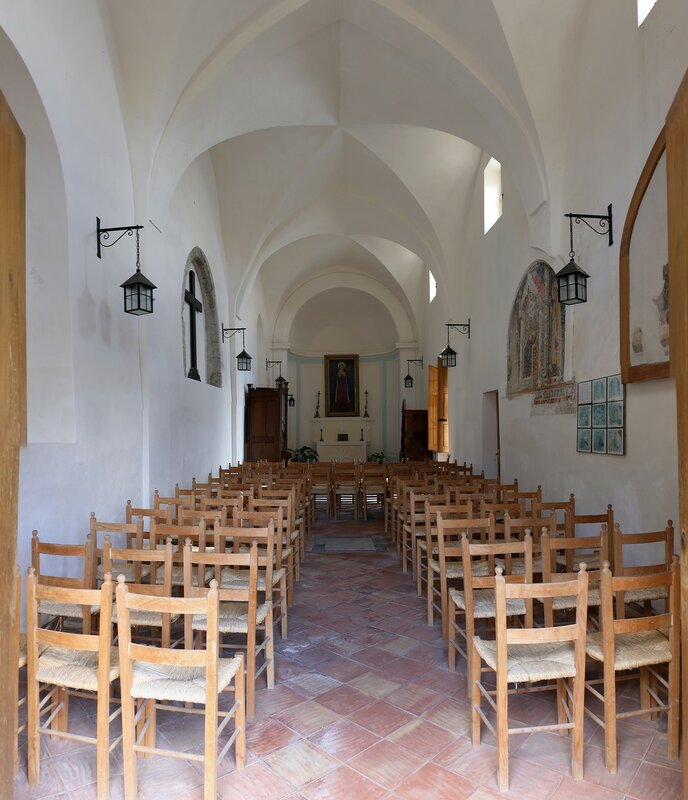 In 1301, during a catastrophic eruption of the Monte Epomeo, the majority of the population took refuge in the castle. The glory of the virgin who protected the villagers from the terrible disaster, the survivors vowed to serve her Church. 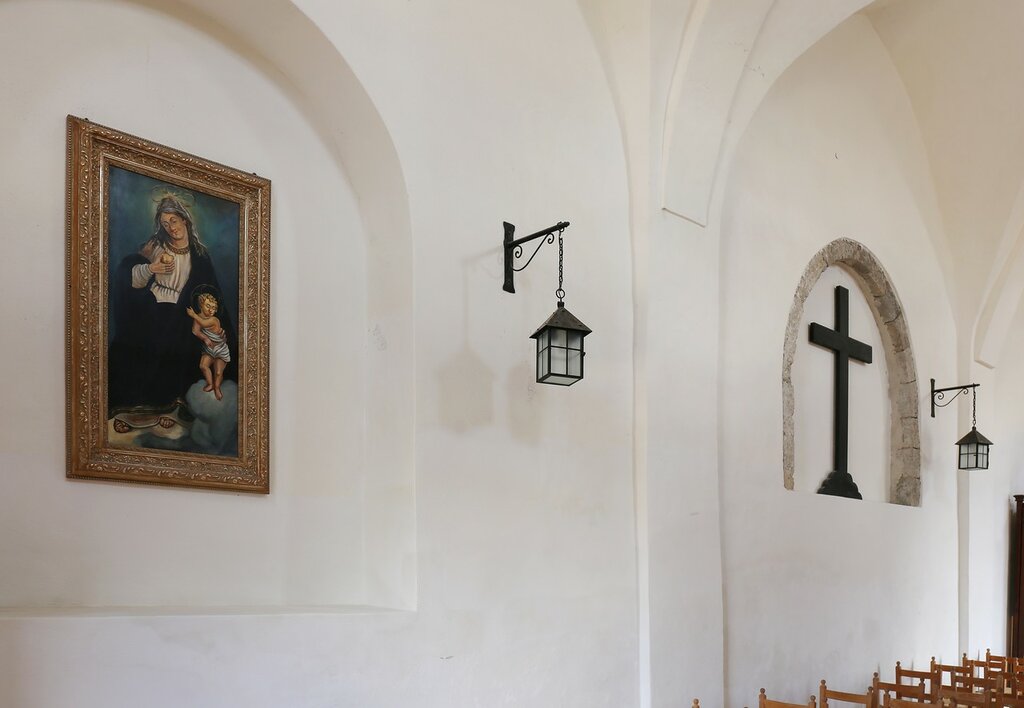 Thus the Church received a new name, and a modest altar was decorated with the image of the Madonna who extended his hands forward, as if stopping lava flows. Now we can see a copy of the original image, made by artist Antonio Cutaneo, is in the Cathedral. 1810, during the war with Napoleon, the castle was shelled by the British squadron and was destroyed almost to the ground. After that, all uzielli relics and valuables were transferred to the Church of Maria della Assunta in Ischia Ponte, which became the Cathedral is destroyed. 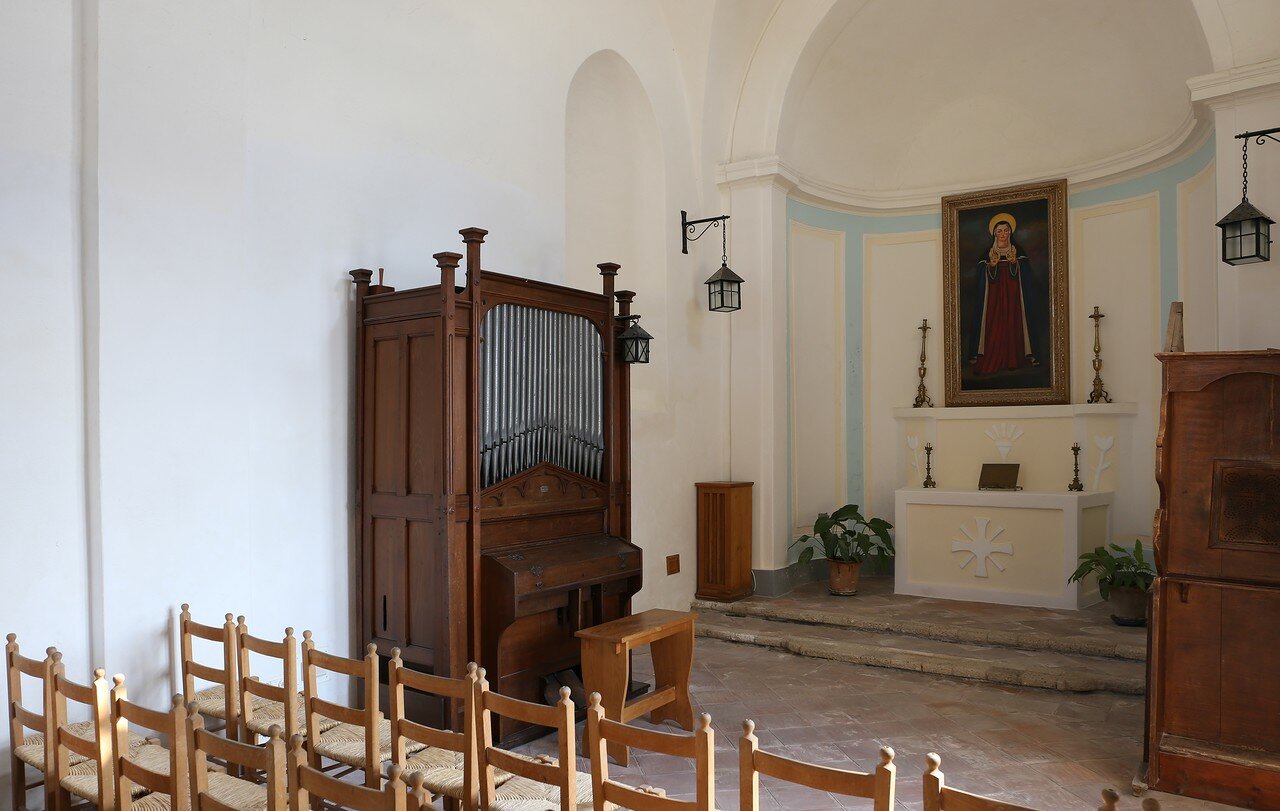 During the restoration of the Church under centuries of plaster revealed the frescoes, dated to the late 13th - early 14th century. 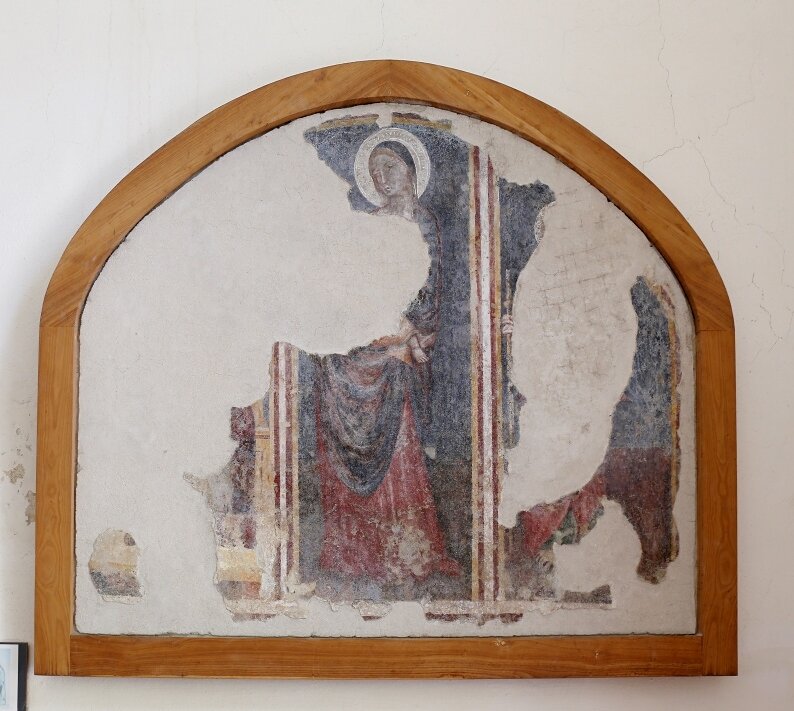 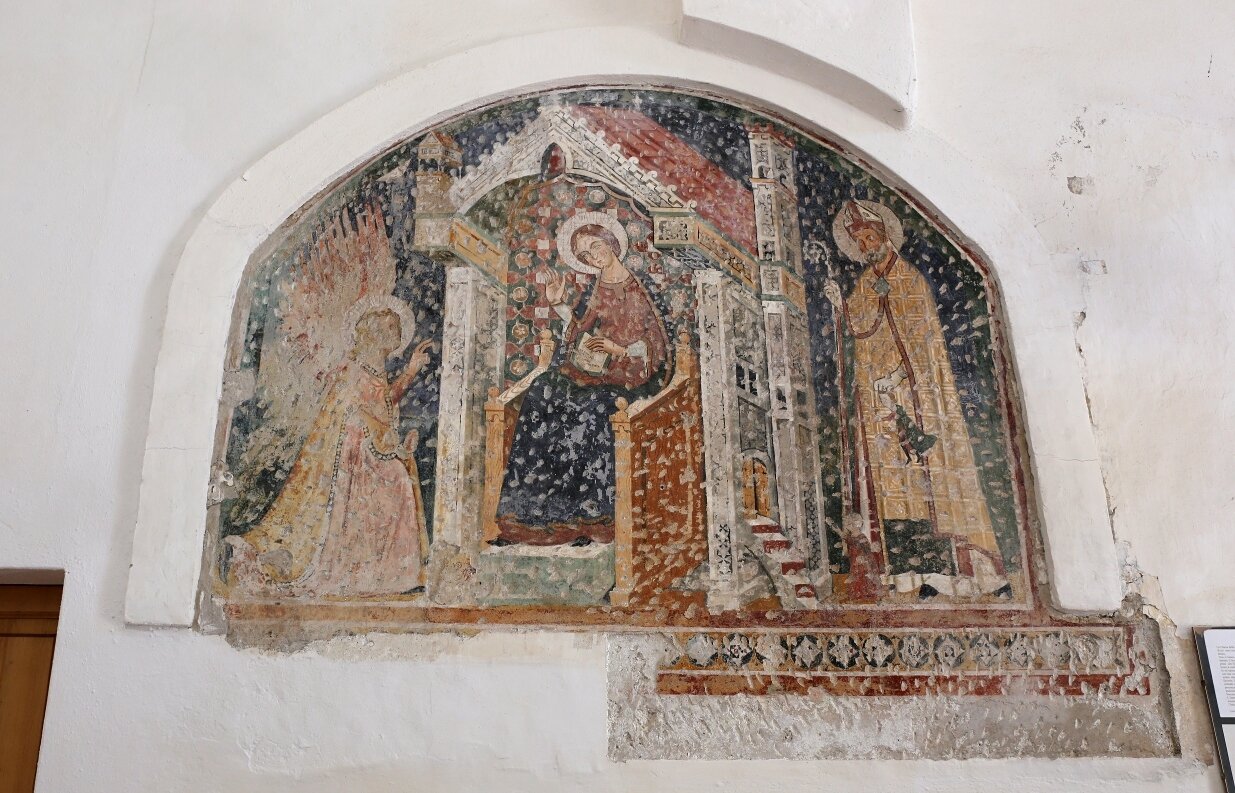 as a result of restoration works it became clear that a two-layer image - frescoes have been updated in about 1340. 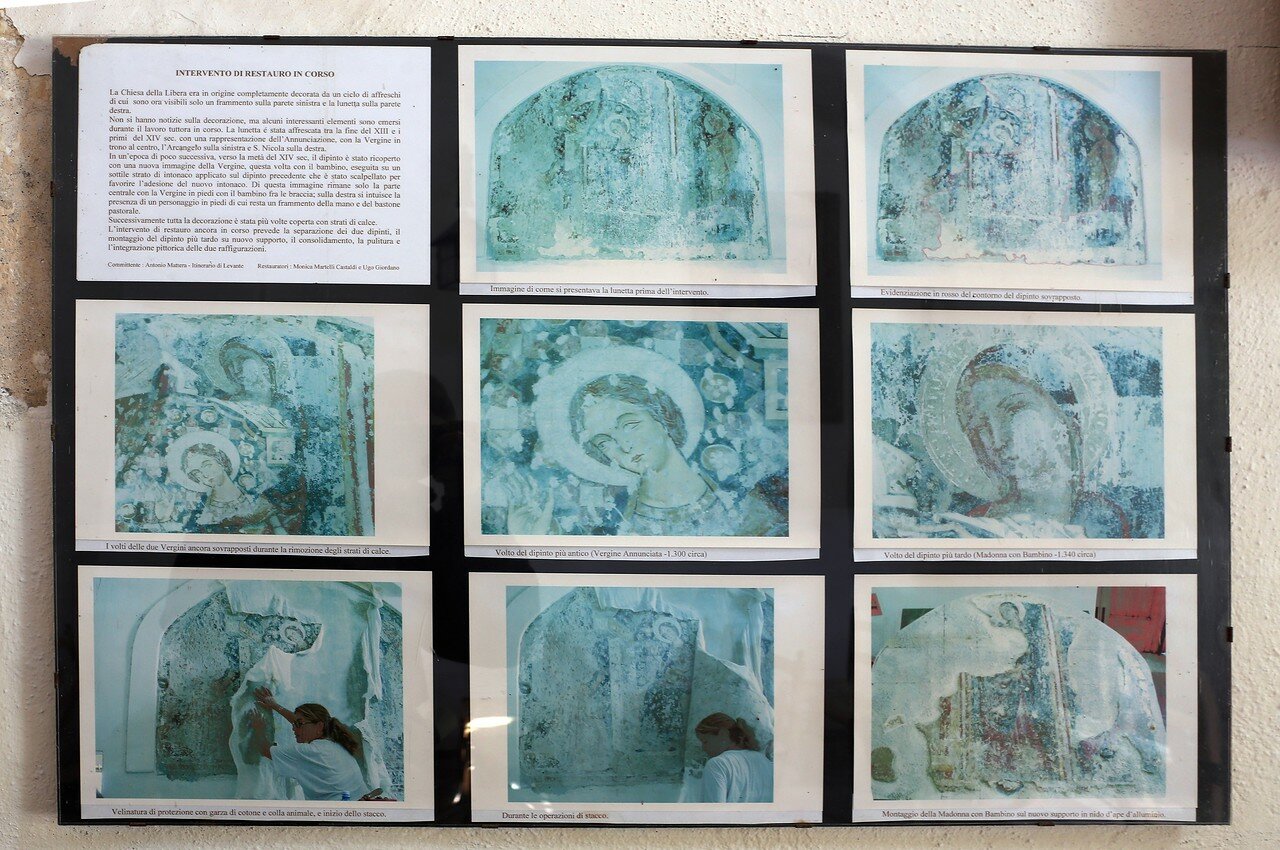 Climbing the steps of the Holy Heretofore, you can see the unique vaulted roof of the temple. 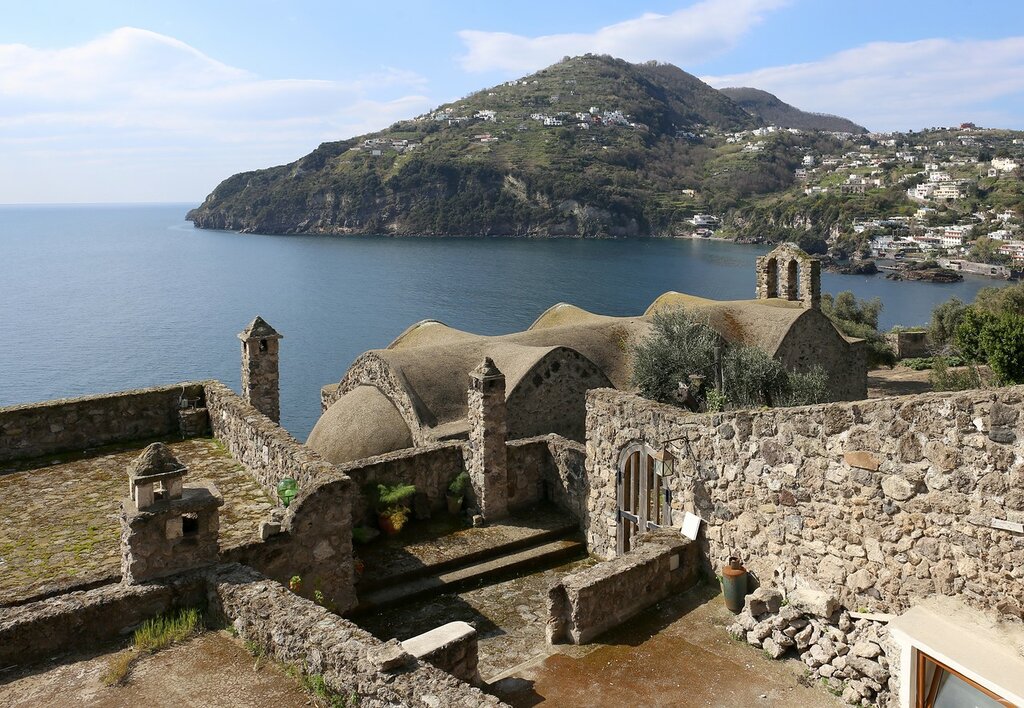 This design of stone slabs characteristic of the Romanesque architectural style, popular in the 11-12 centuries. 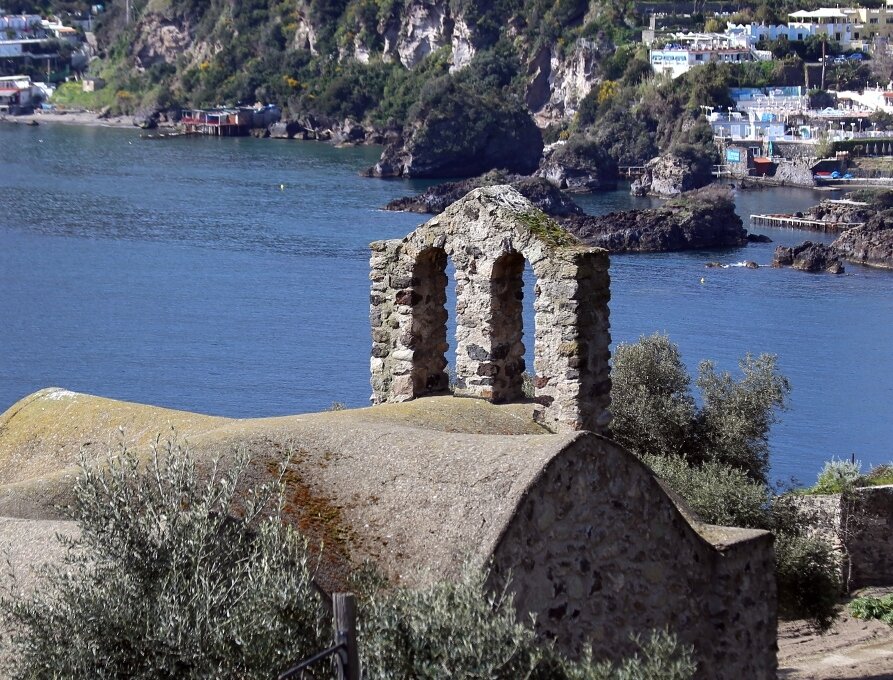