Yesterday I made it to the castle only in the evening, so had to settle for only visual inspection, so today, bright and early, I was already there. 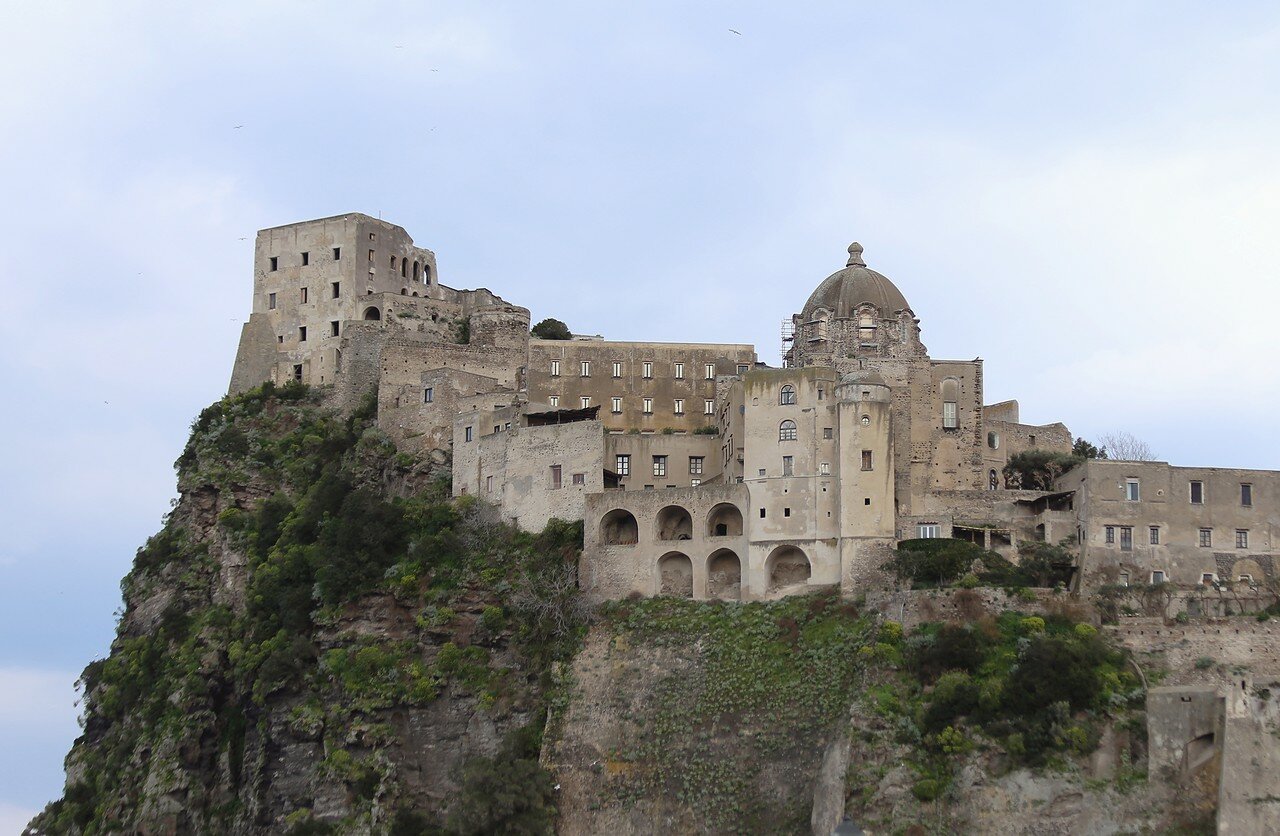 Buying in cash desk a ticket (10 euros), according to the index, went through a long tunnel, hewn in the thickness of the tuff. 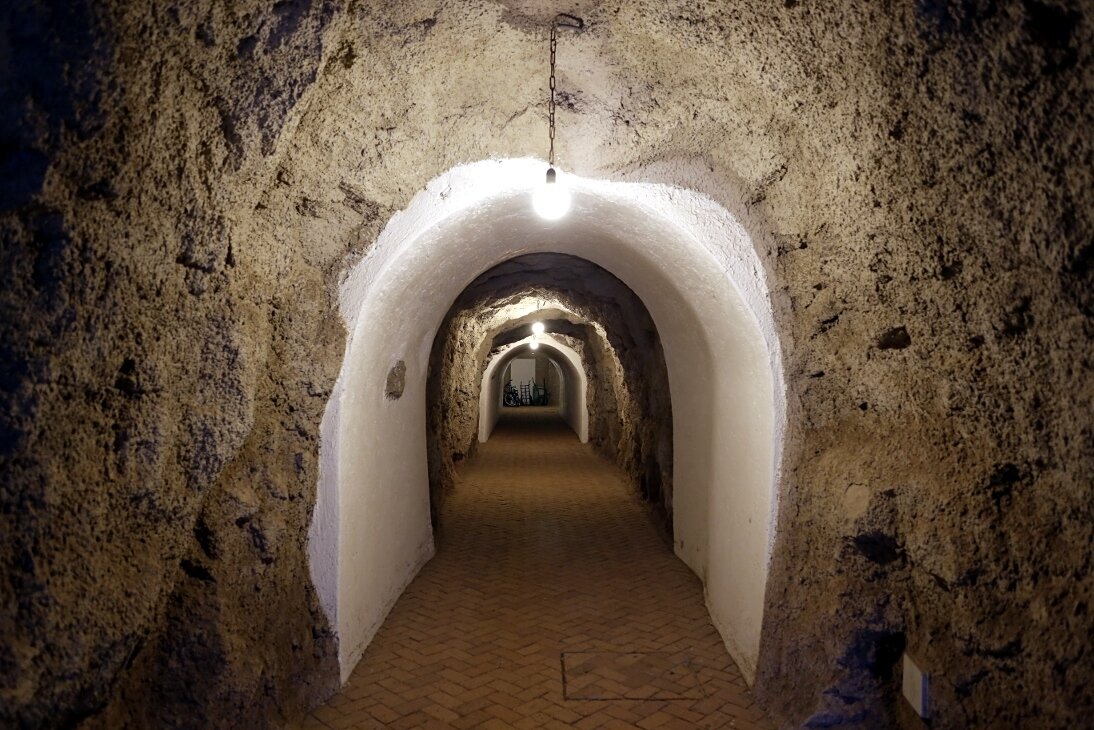 the Tunnel ended in the Elevator door 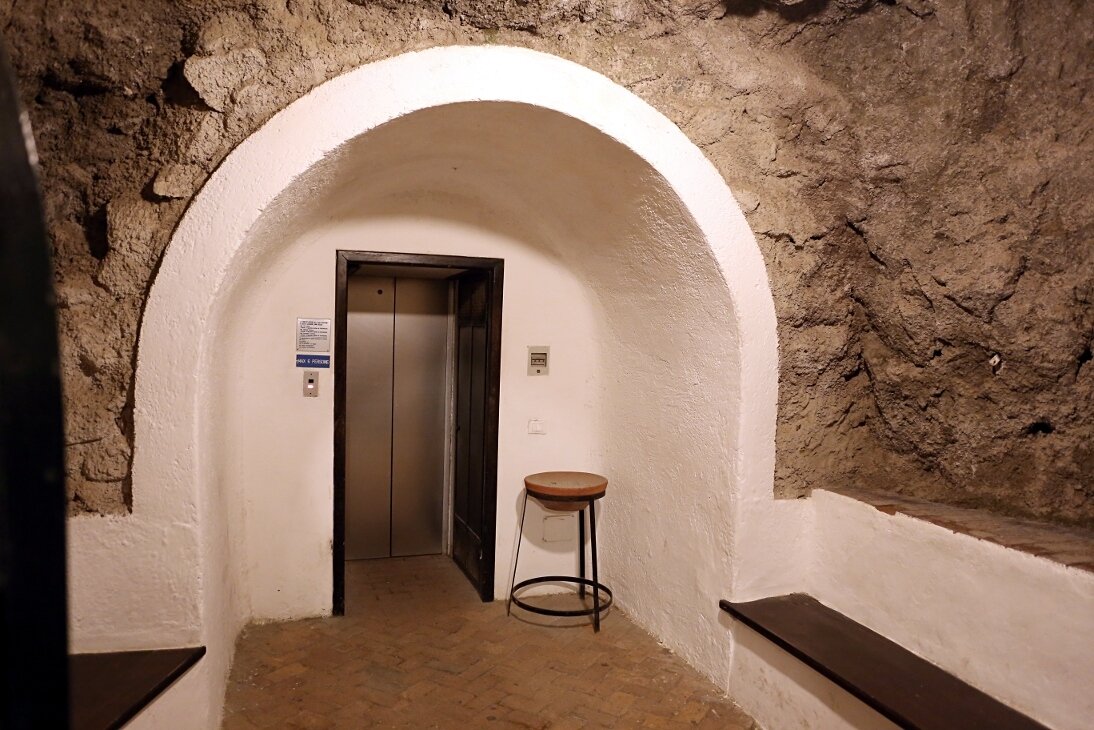 Who raised me to the Church of the Immaculate conception (Chiesa Dell'immacolata on the map). 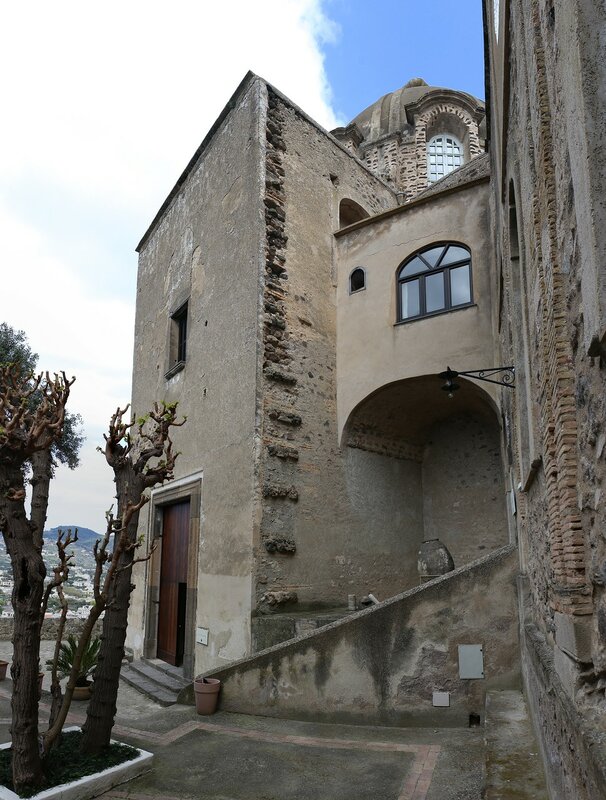 the temple Door was open, and I first looked at it. 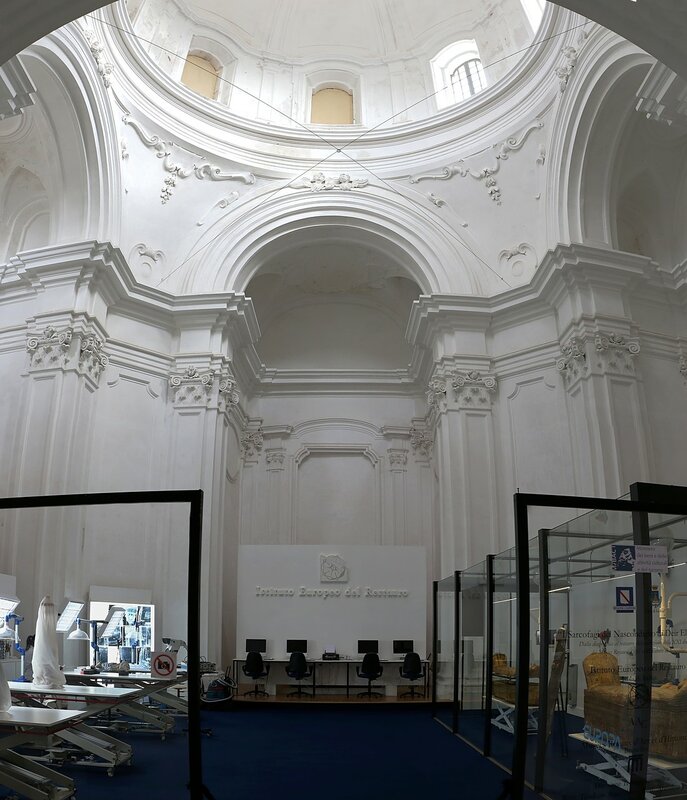 Inside was not the temple, and the European Institute of restoration, 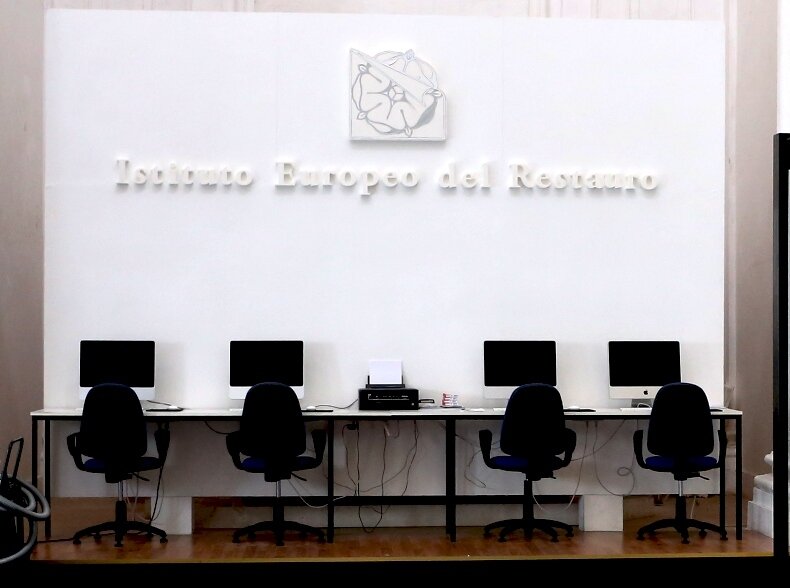 or rather, one of its operating rooms. 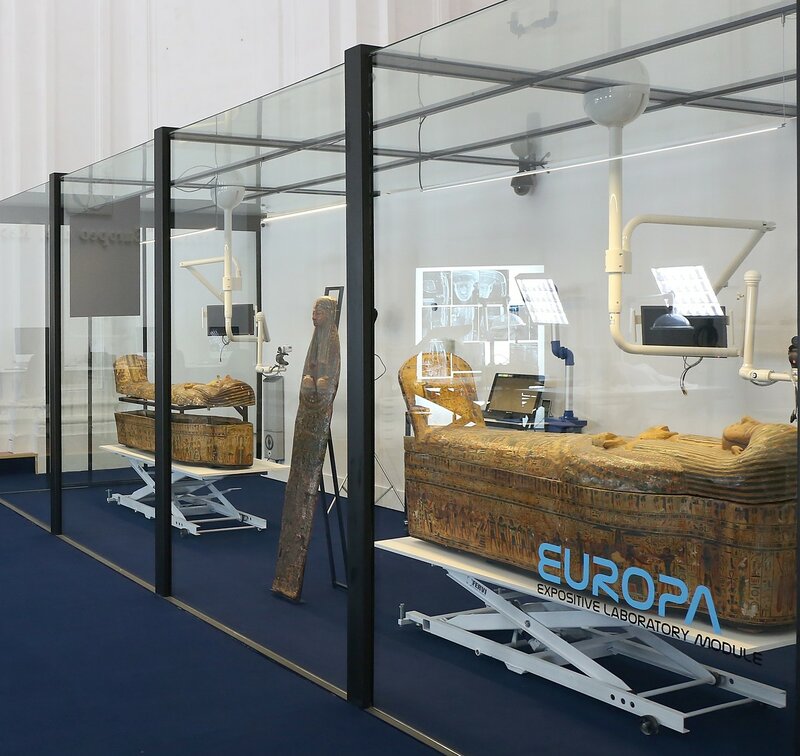 working day has not started yet and the room was empty. 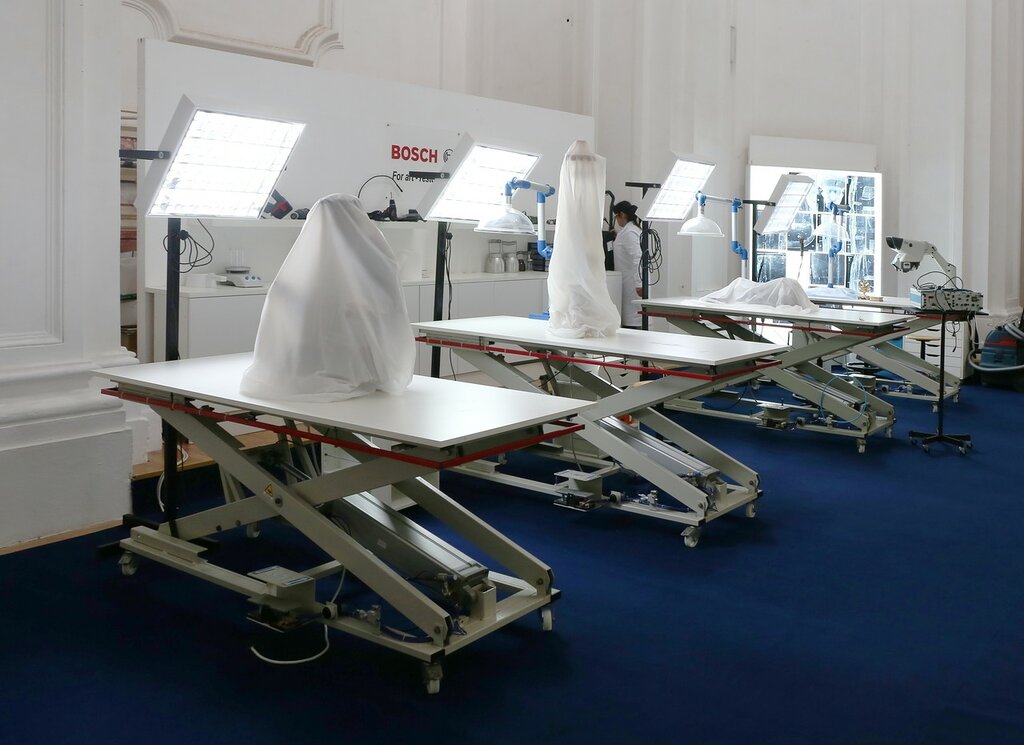 in fact, to pictures here is impossible, but I managed to take some photos, before I saw prohibitory sign. 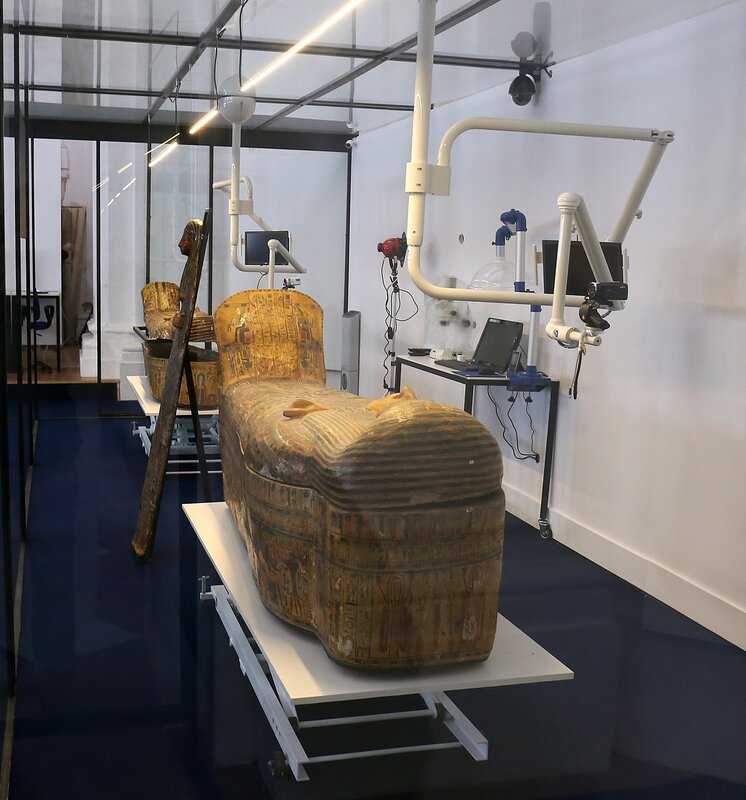 Construction of the Church started in 1737, when the abbess of the convent of the poor mother Baptiste Lapreste decided to build a Grand Cathedral on the site of a chapel dedicated to St. Francis. As is often the case, the desire not too coincided with the financial capabilities of the monastery, which to complete construction was forced to even sell the silverware. In the end, the construction was never completed - the money was enough just for the modest interior decoration, outside wall and remained naked, so the Church is more reminiscent of the fortress of Bastion. 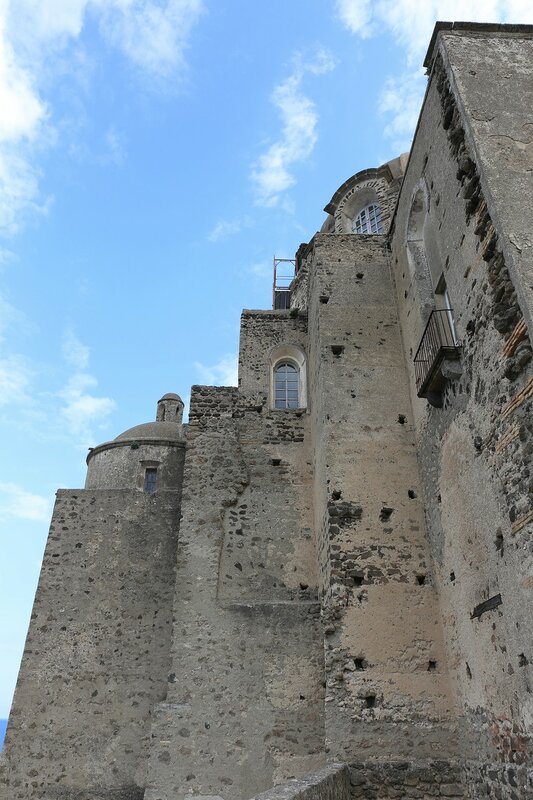 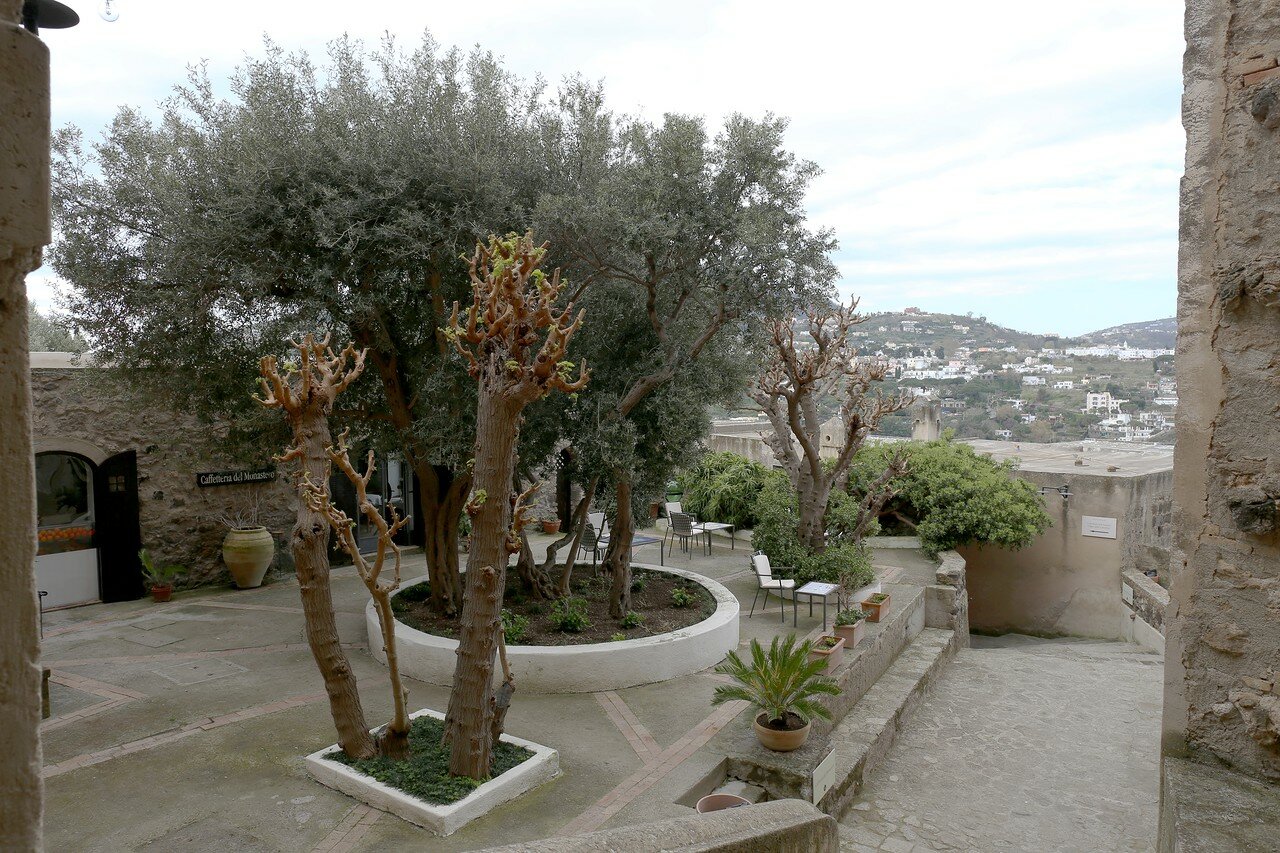 the terrace offers a breathtaking view of Ischia Porto. 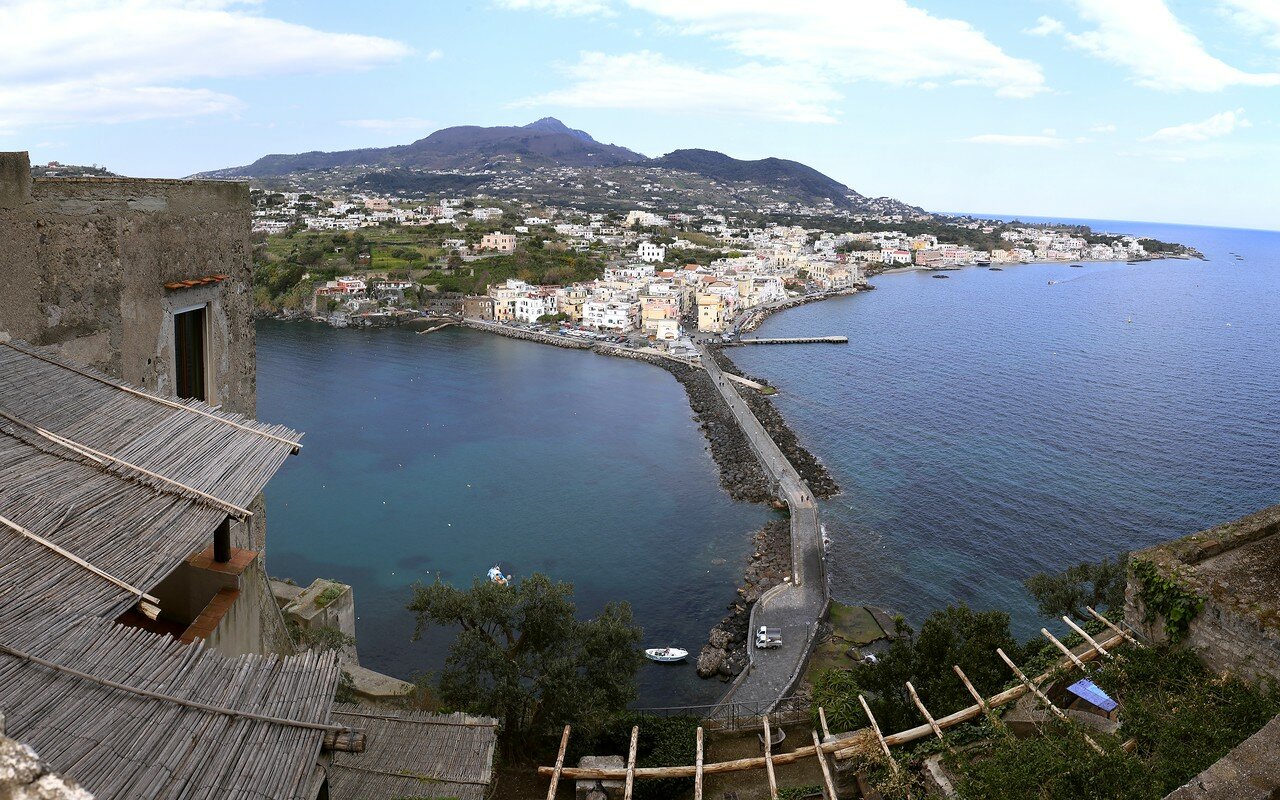