From the Church of the Immaculate conception of the index sent me down the track, sandwiched deaf stone walls. 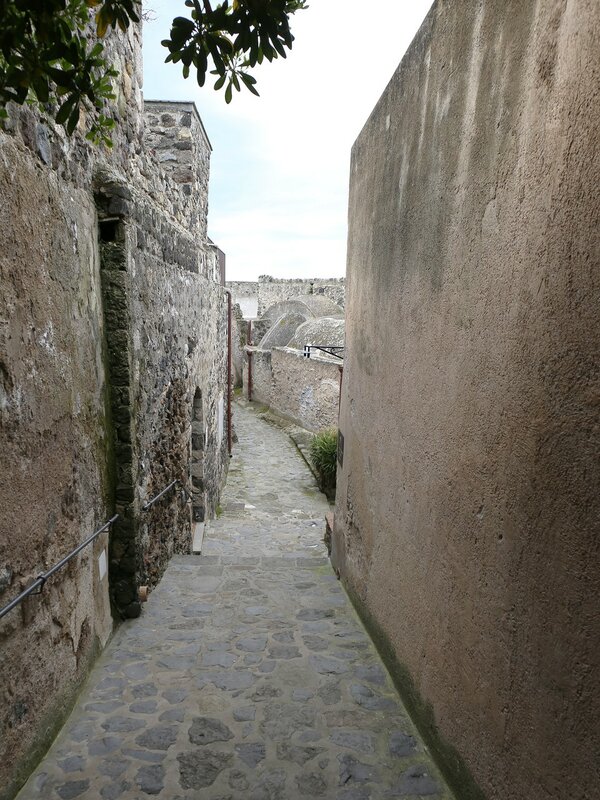 Next object, the so-called "house of the Sun" (Casa del Sole, on map) was very close. The name comes, as you might guess, from the Sun temple, the ruins of which he built. Upon entering the house I finally asked the ticket - in fact, from here begins the tourist route through the castle. 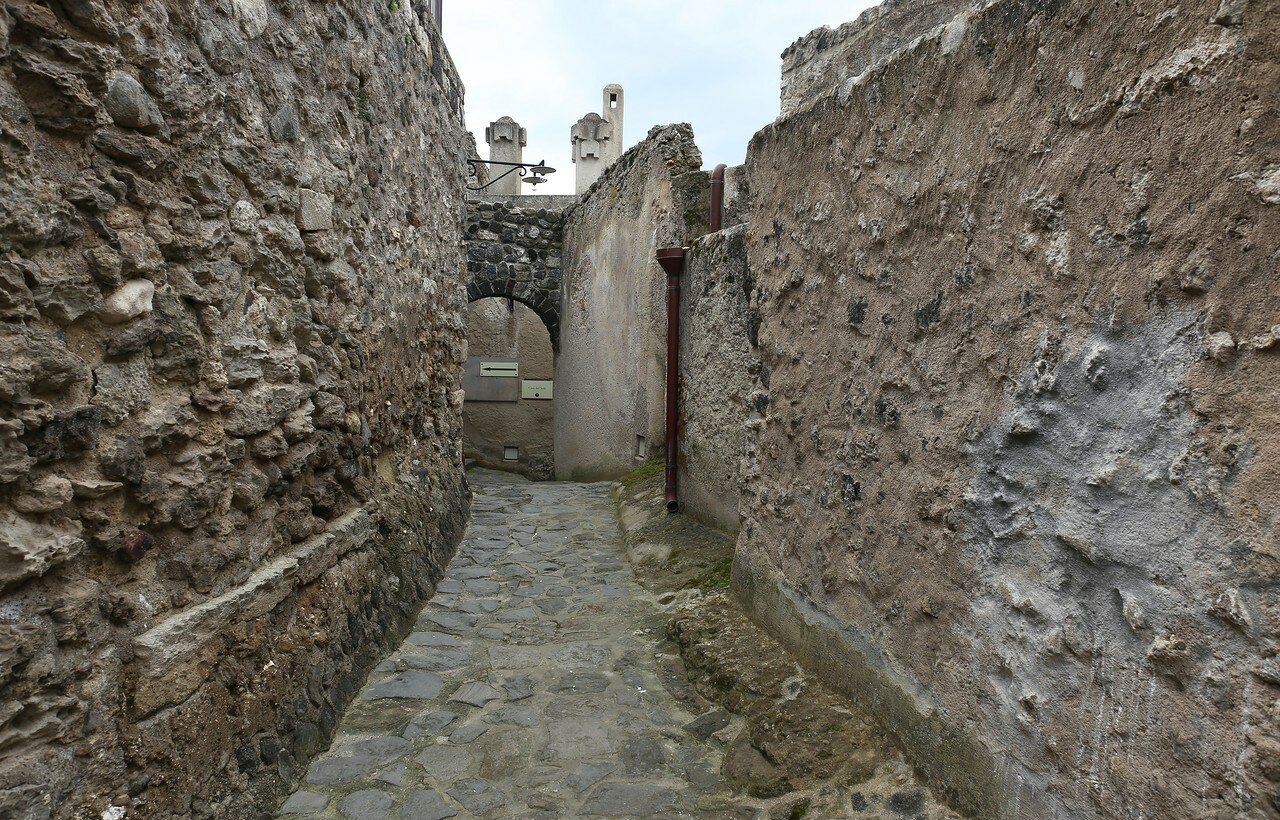 Inside the house were several small rooms with paintings on the walls. 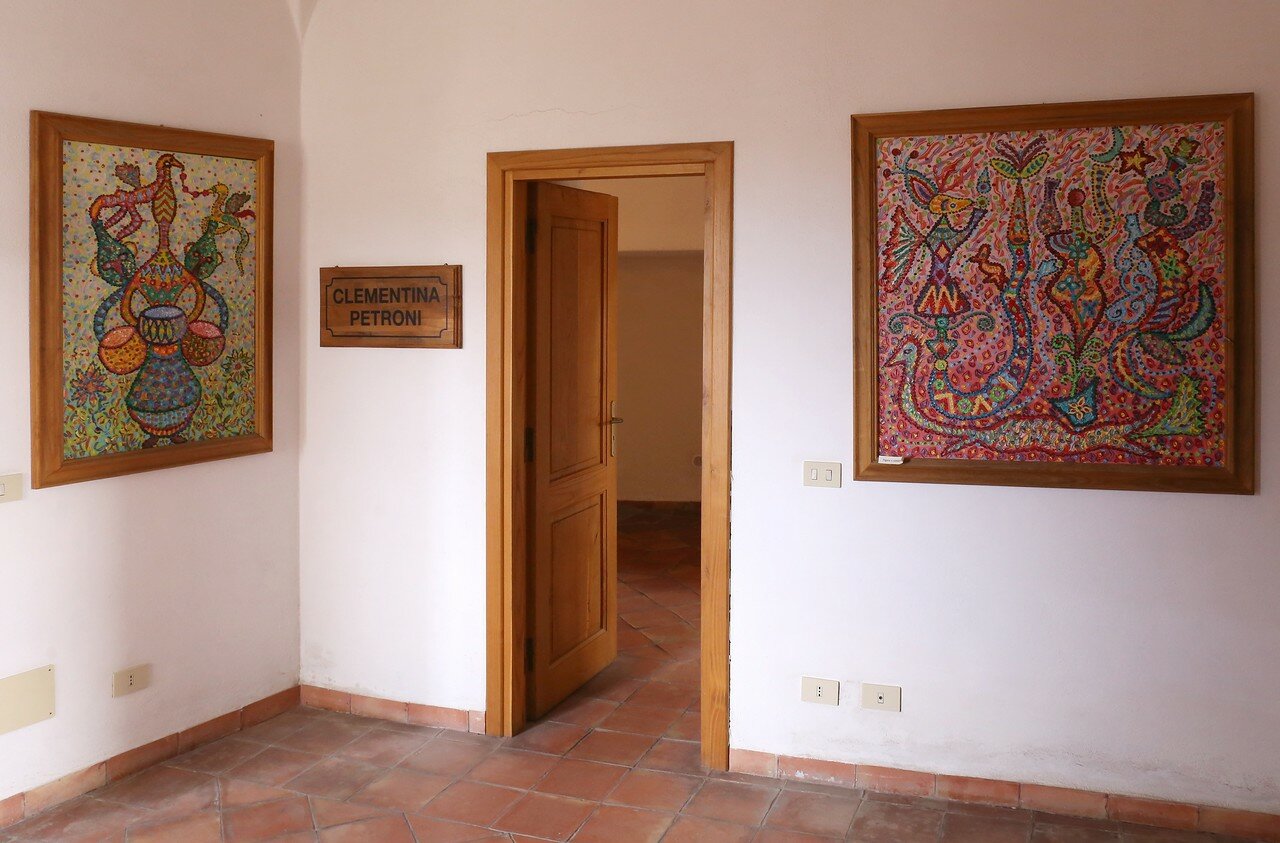 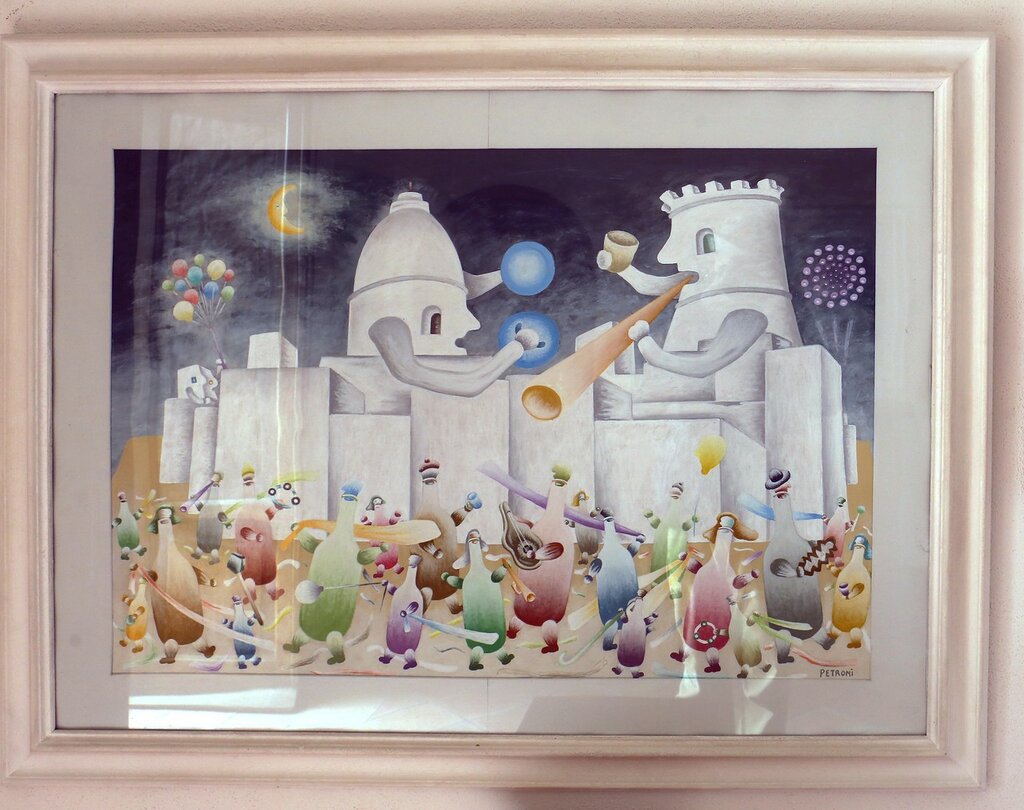 a Native of Forio, Clementine since childhood engaged in artistic ceramics, then painting, composing stories and poems. 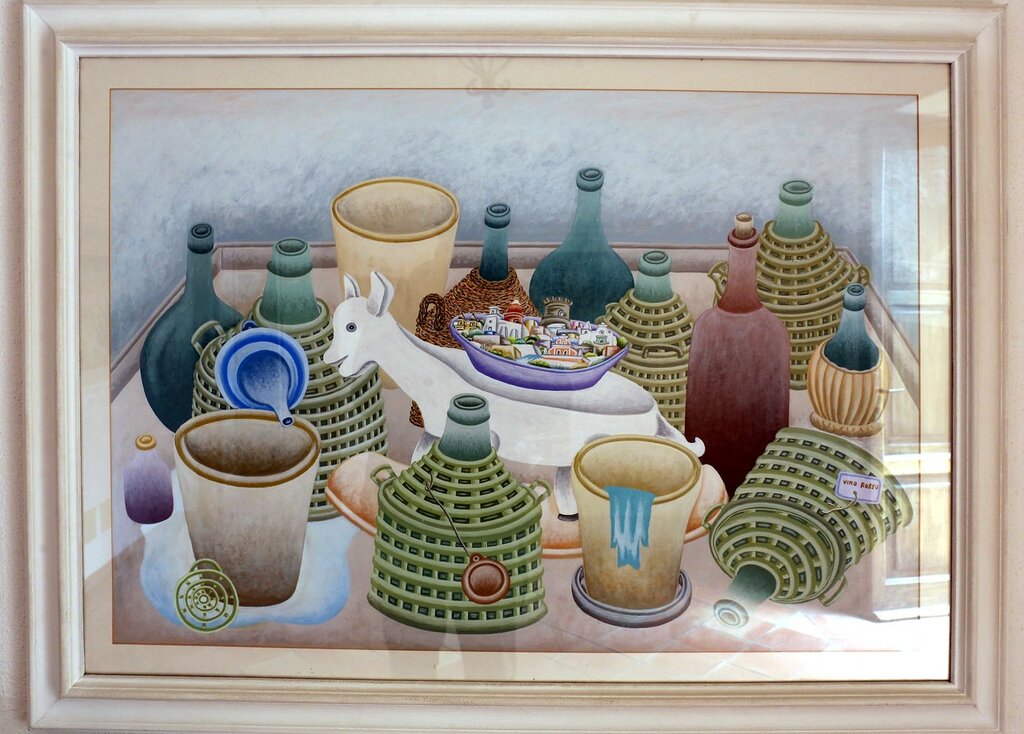 currently, the artist resides in the Aragonese castle as the Keeper of cultural heritage of Ischia. 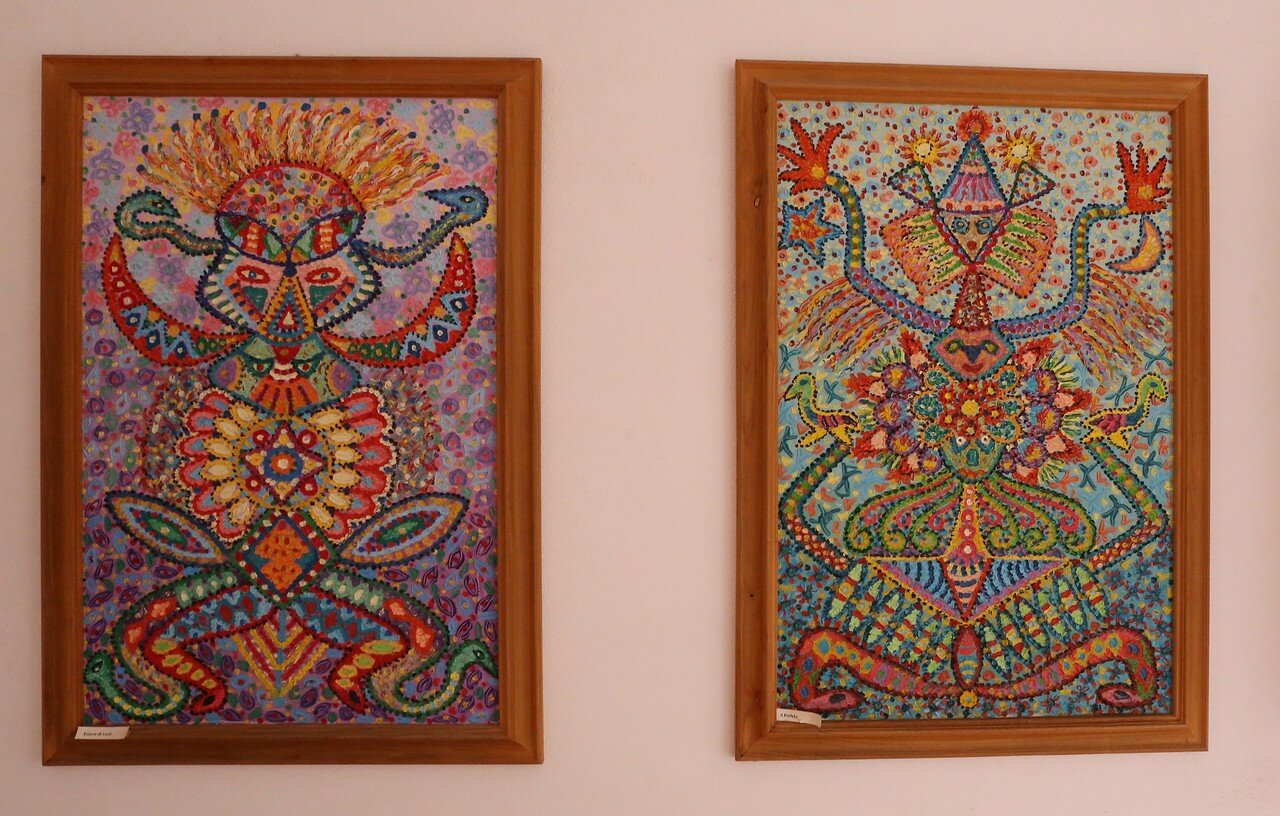 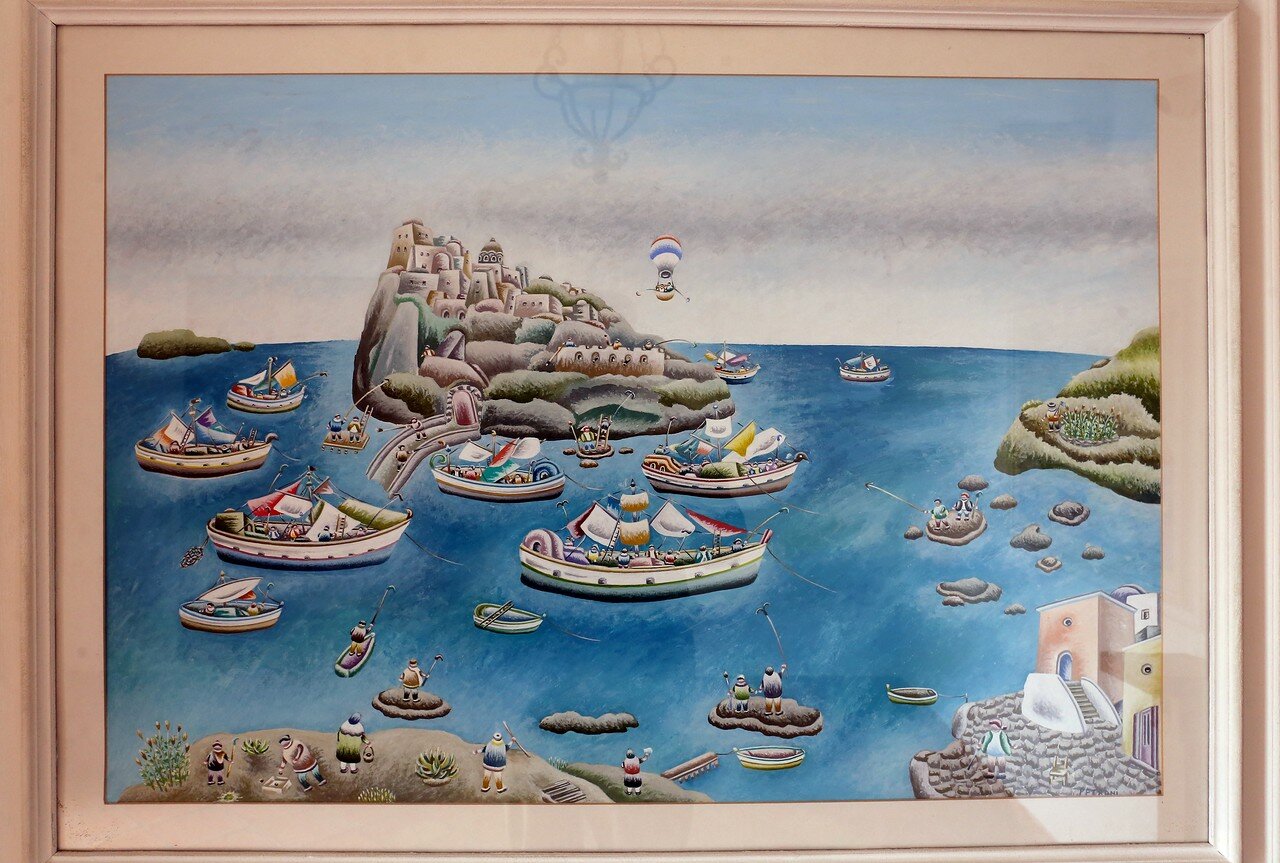 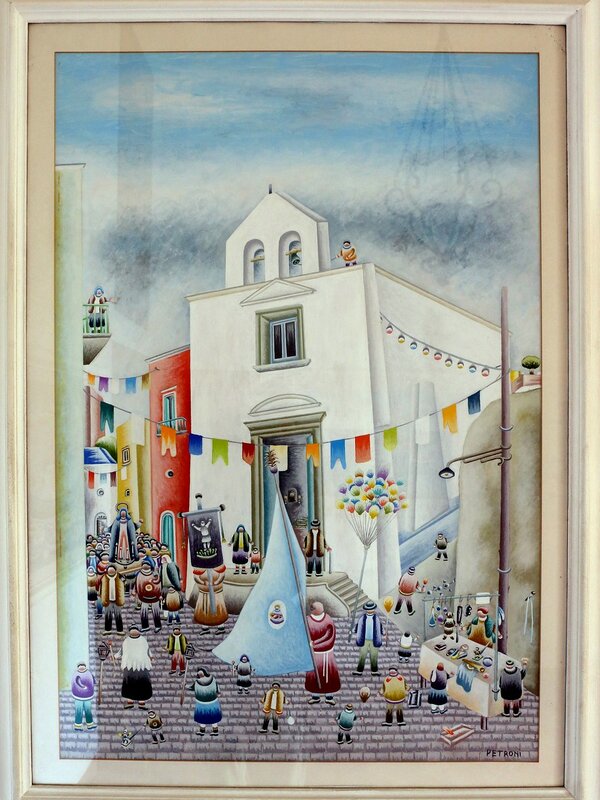 In the next room exhibited works by Giuseppe Patalano (1901-1981), who worked under the pseudonym "Simon Bolivar". 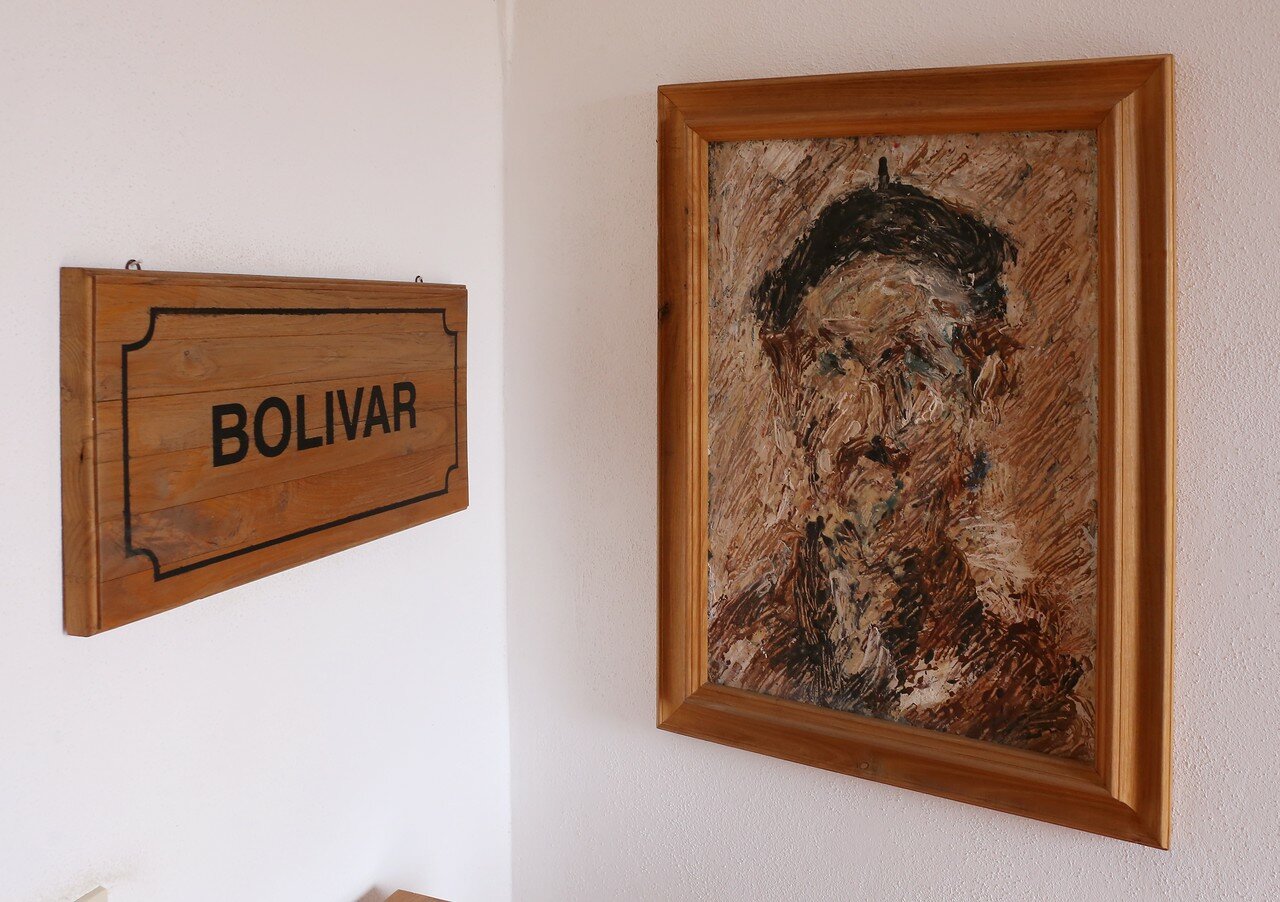 artist's Life was not easy in his youth travelled widely, eventually finding himself in the United States. In 1934 Giuseppe got into a car accident, resulting in memory loss and almost 20 years of age are detained in a mental hospital. In 1950 he was extradited to his homeland, and after watching at the psychiatric hospital of Naples, returned home in Forio. Here, at the age of 50 years old he discovered the talent of the painter. Most of the work of Patalano - portraits of people close to him in the spirit of German expressionism. Here clearly shows the influence of Bargheer Eduard (Eduard Bargheer) who fled Nazi Germany as a result of the persecution of "degenerate art" and took refuge in Ischia. 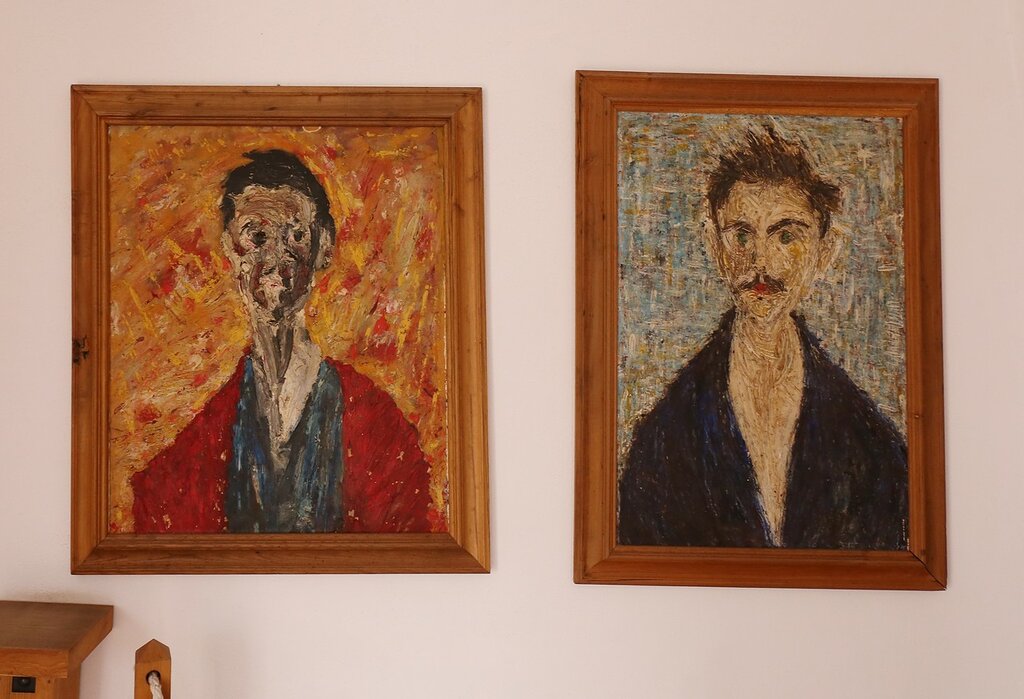 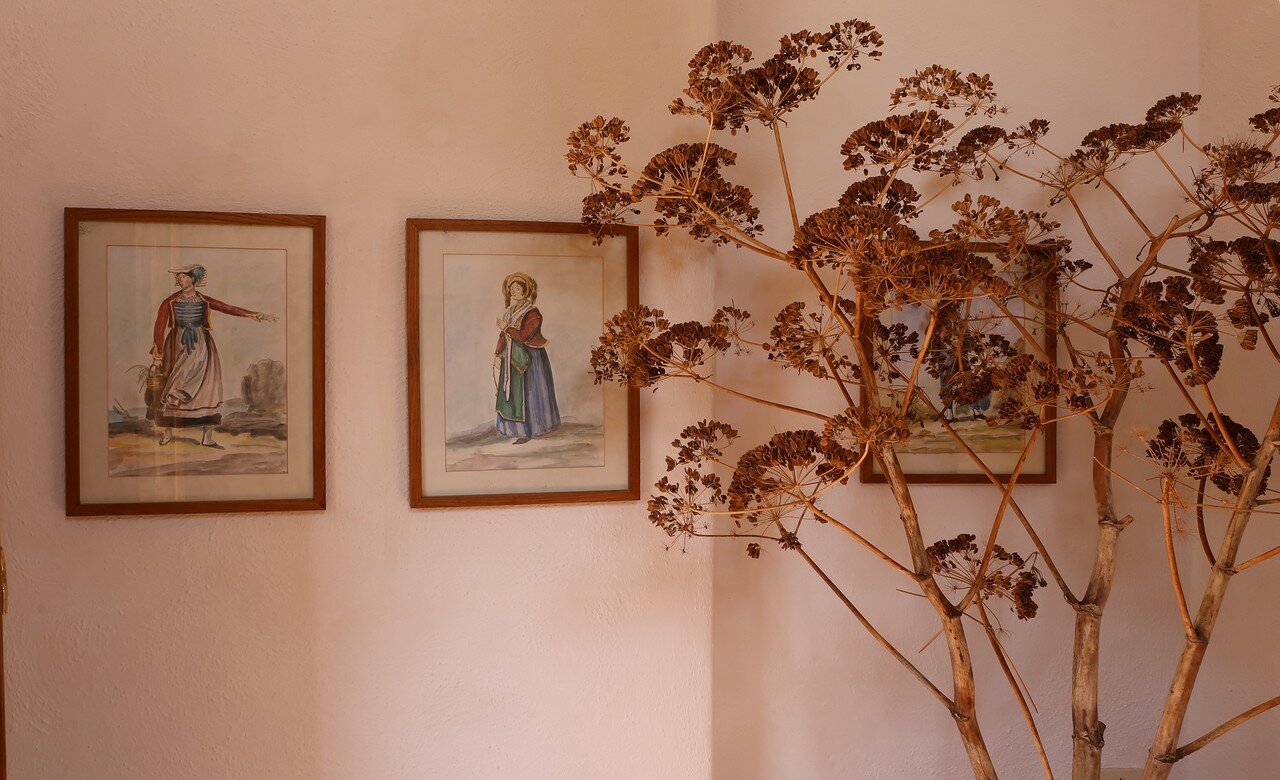 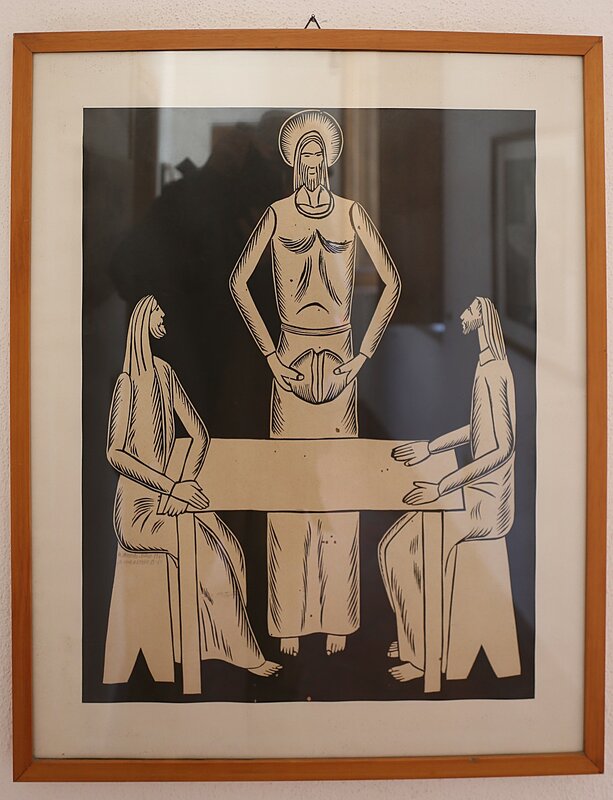 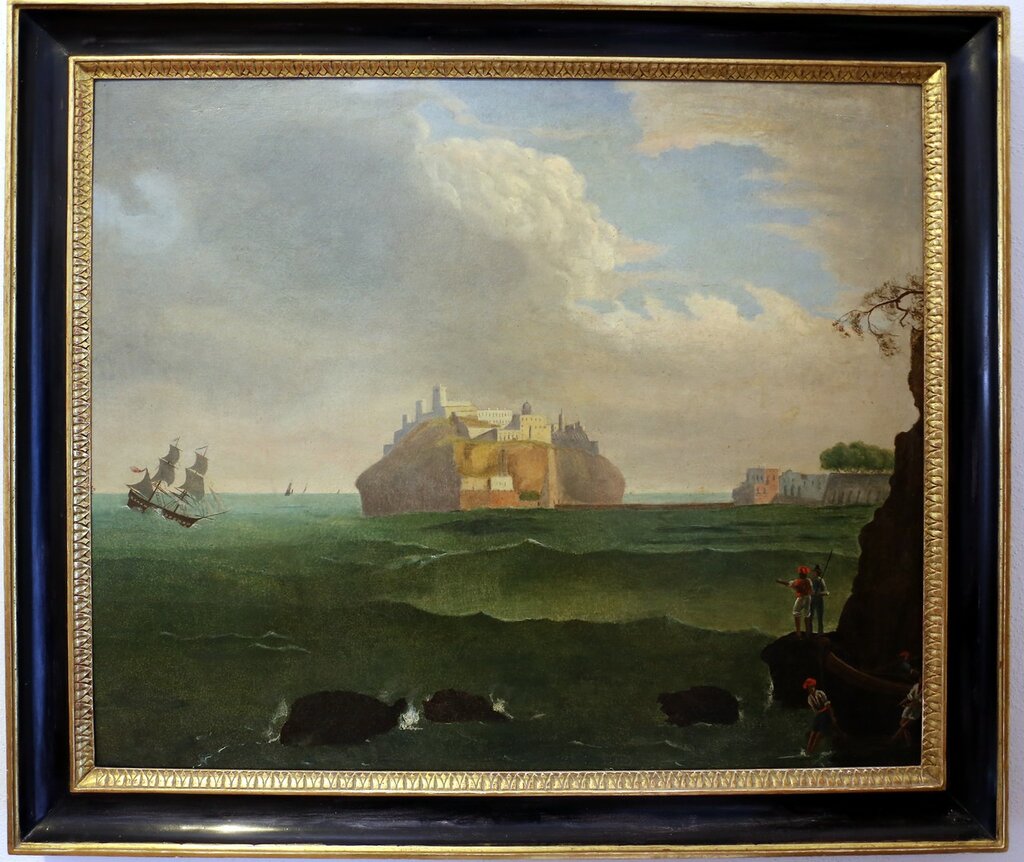 In other halls of archaeological finds and other artifacts. 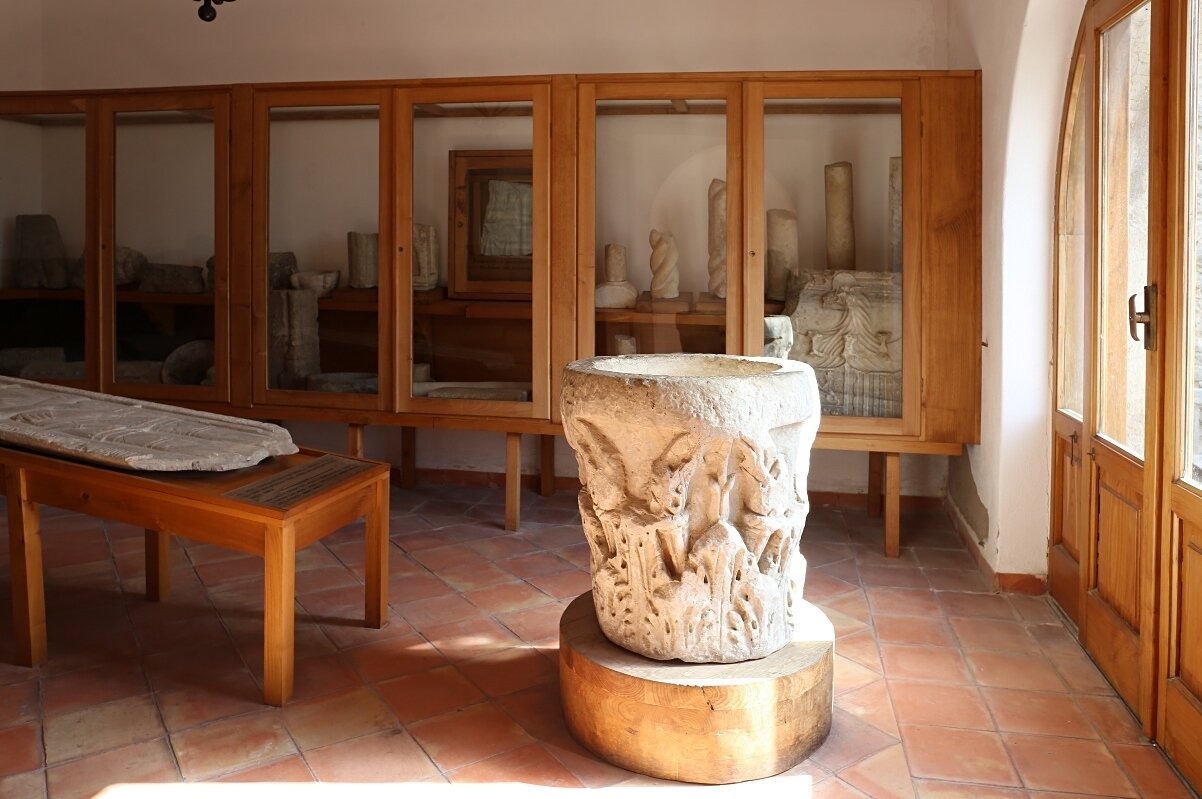 Here is how the ancient period, 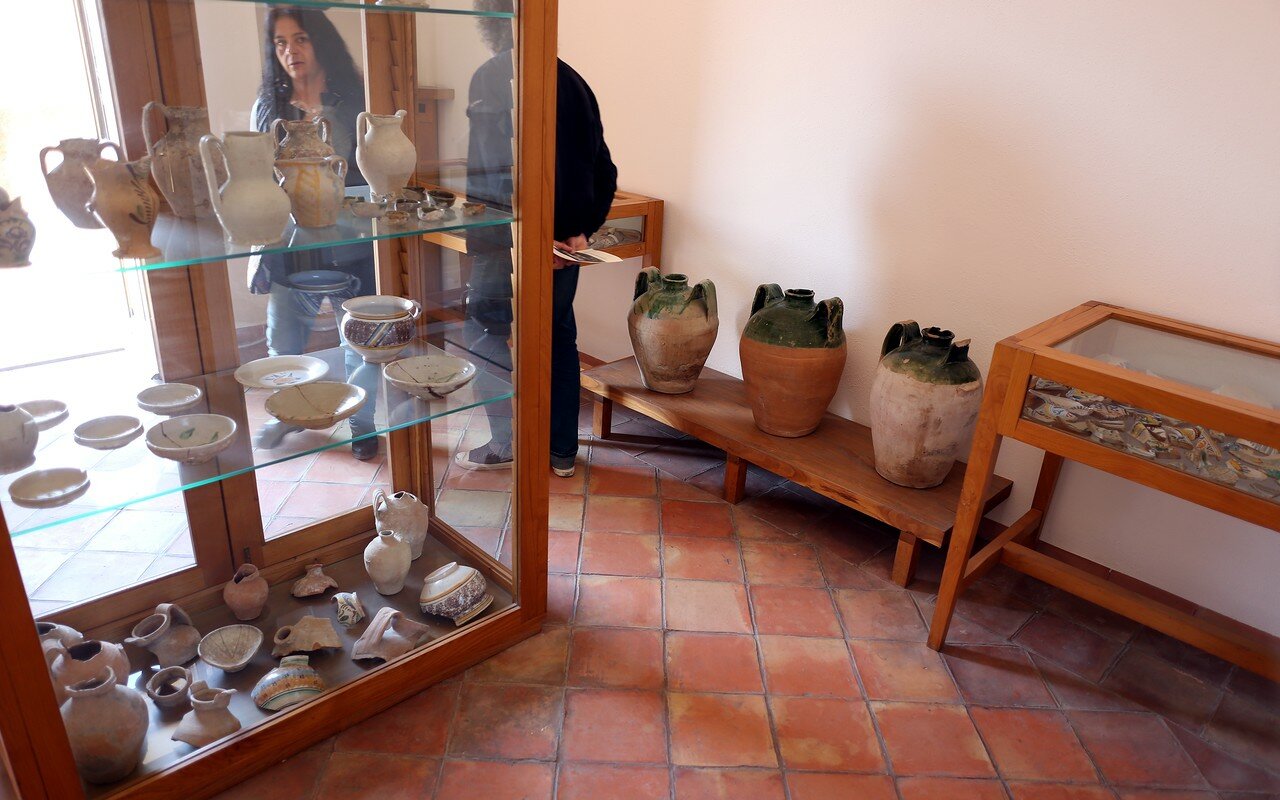 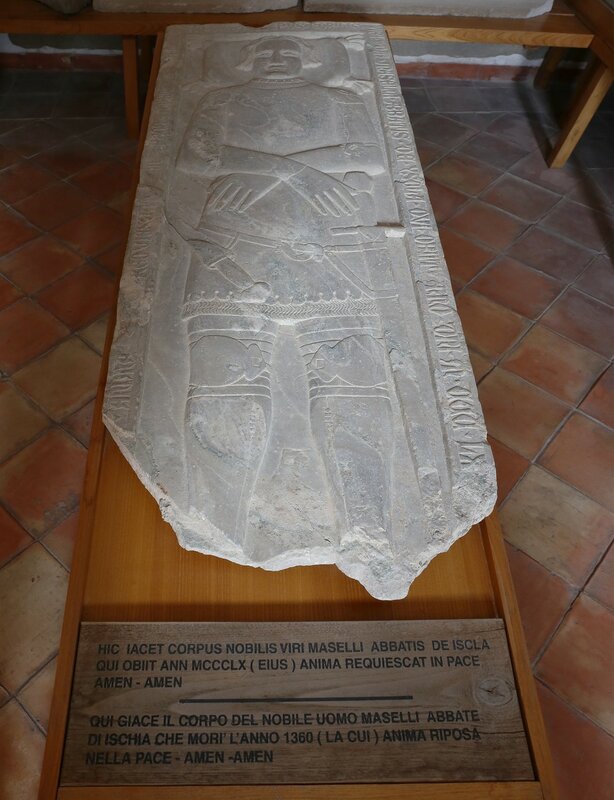 a Collection of clay pipes. 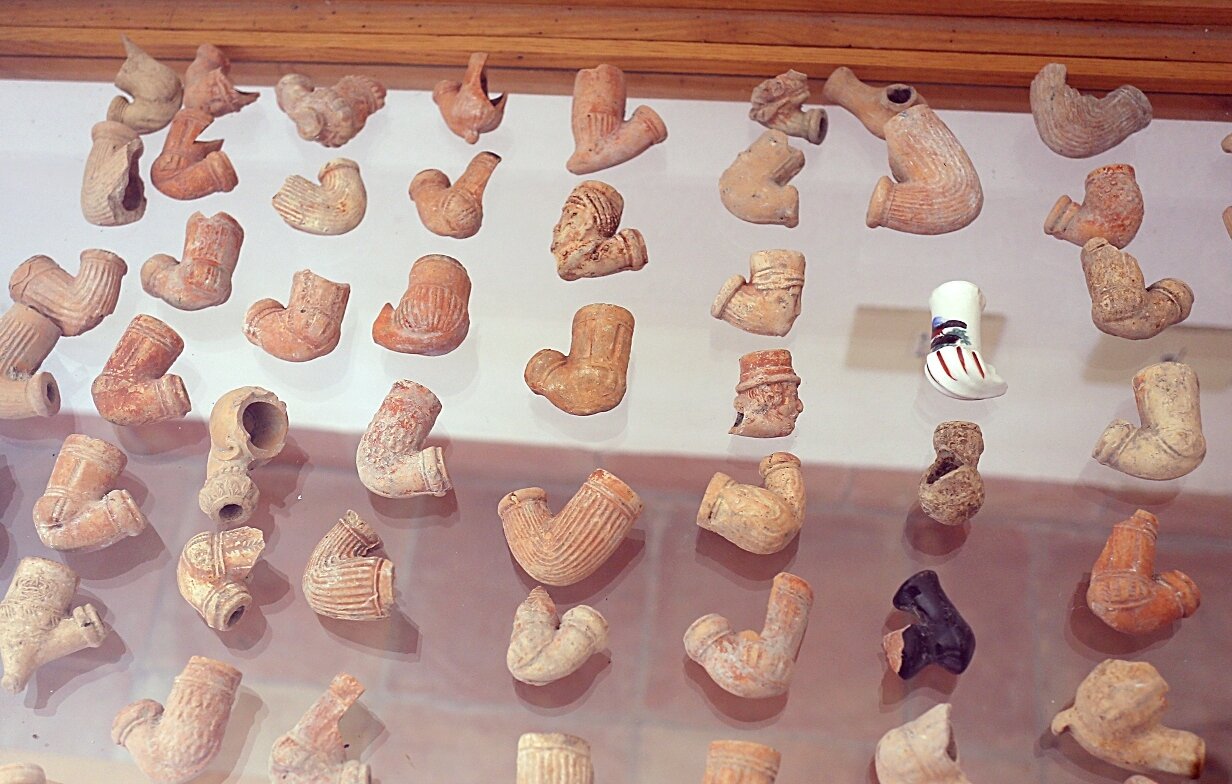 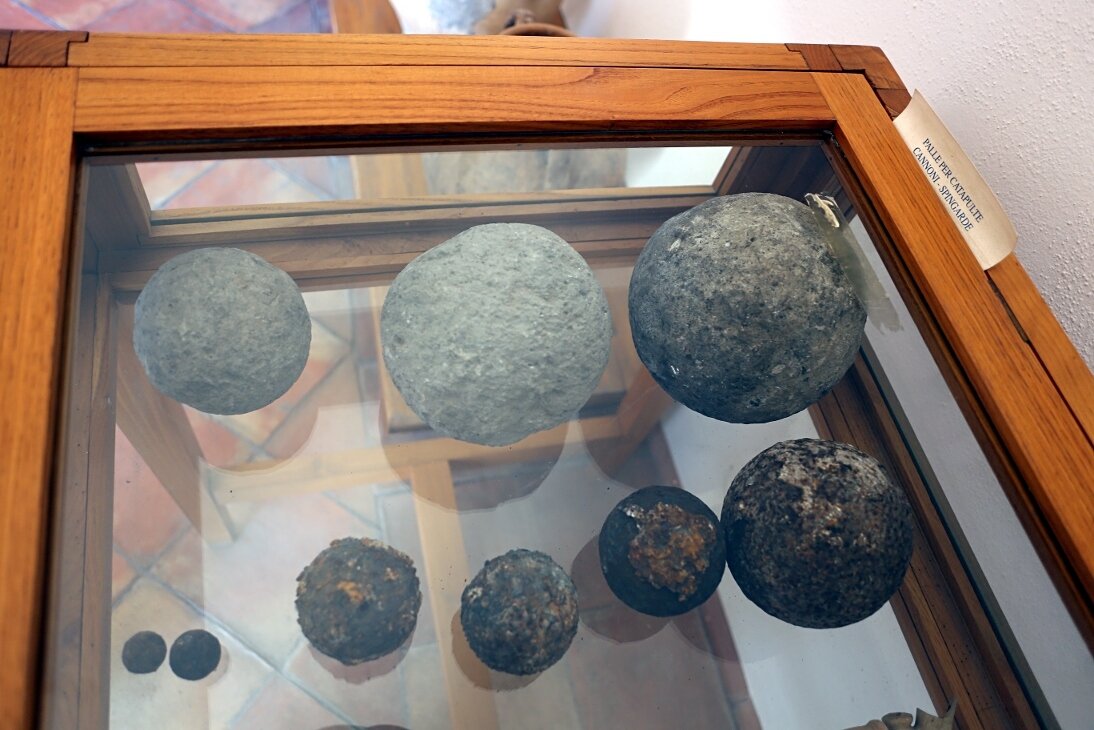 the Fragments of ceramic tableware. 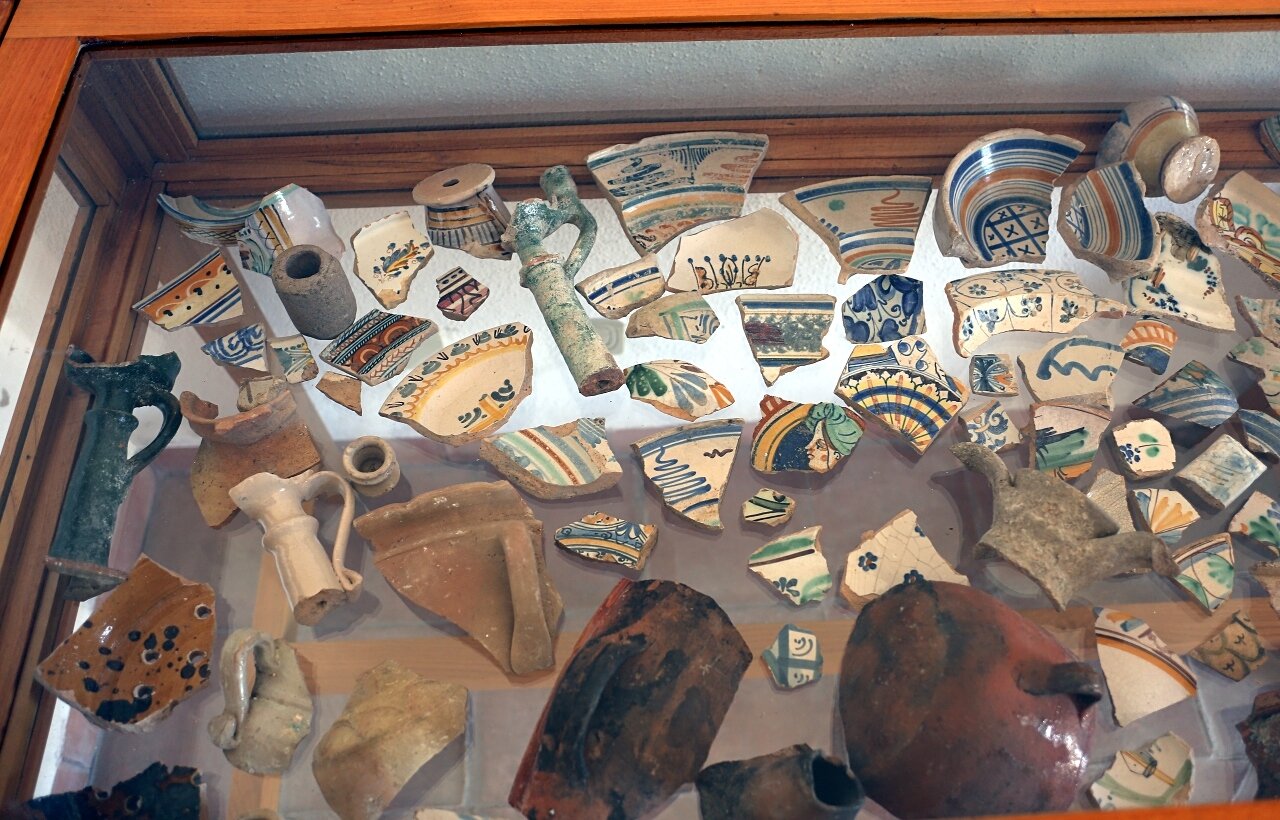 Rising to the second floor, I went out on the terrace of the House of the Sun. The place was just perfect for circular panoramas. 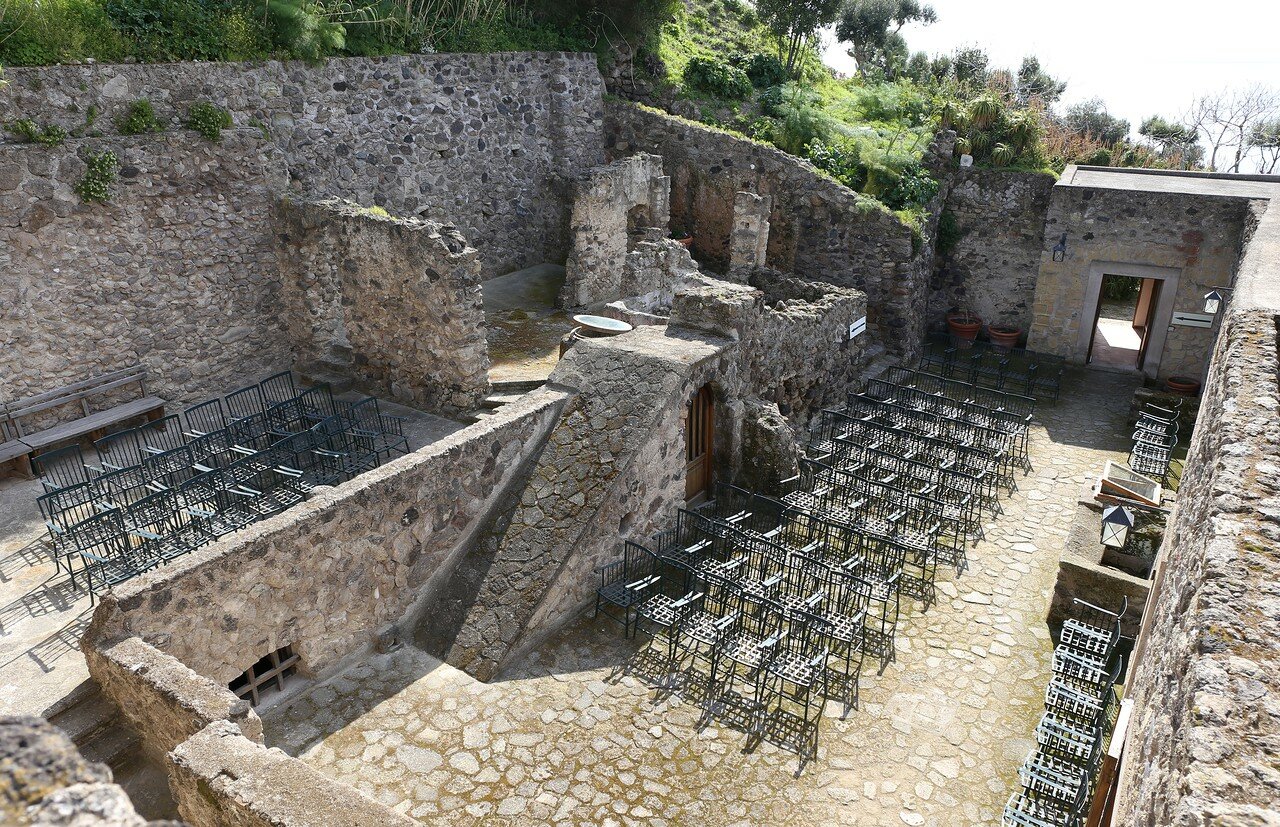 Bottom right you can see the ruins of the temple of the Sun. 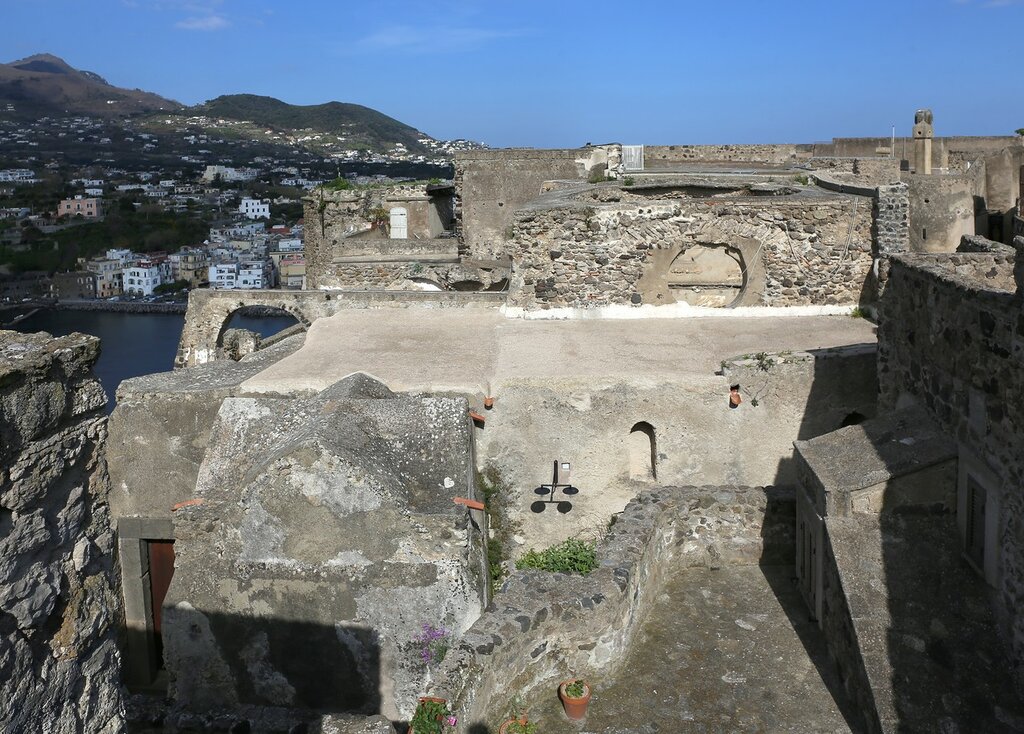 Small terrace of the temple. 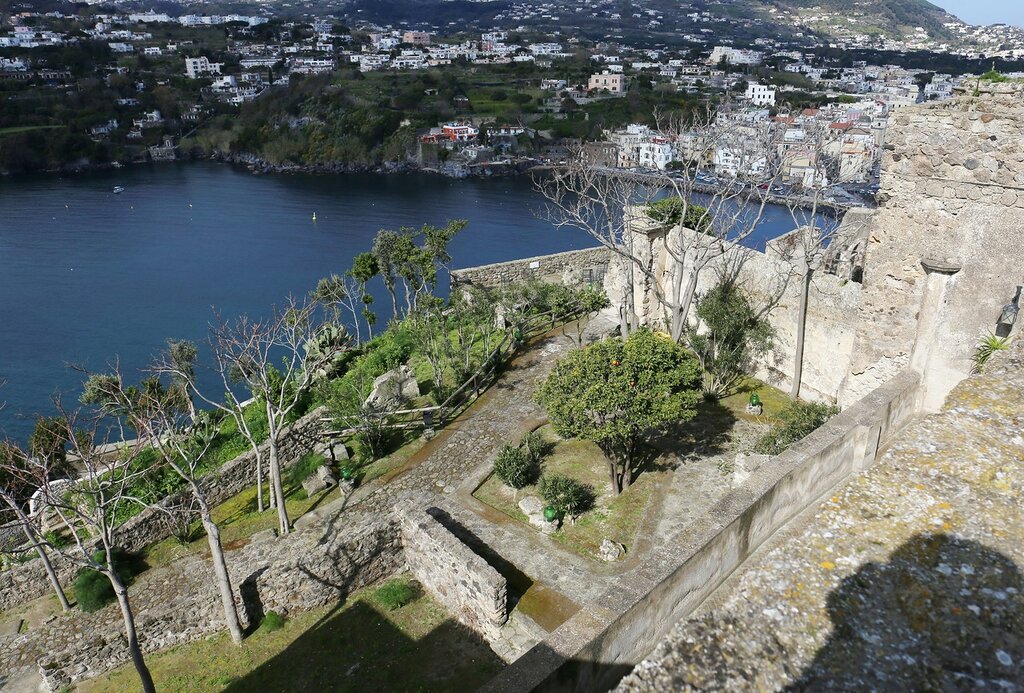 Church of the Immaculate conception and Convent of Satay Maria Consolazione. 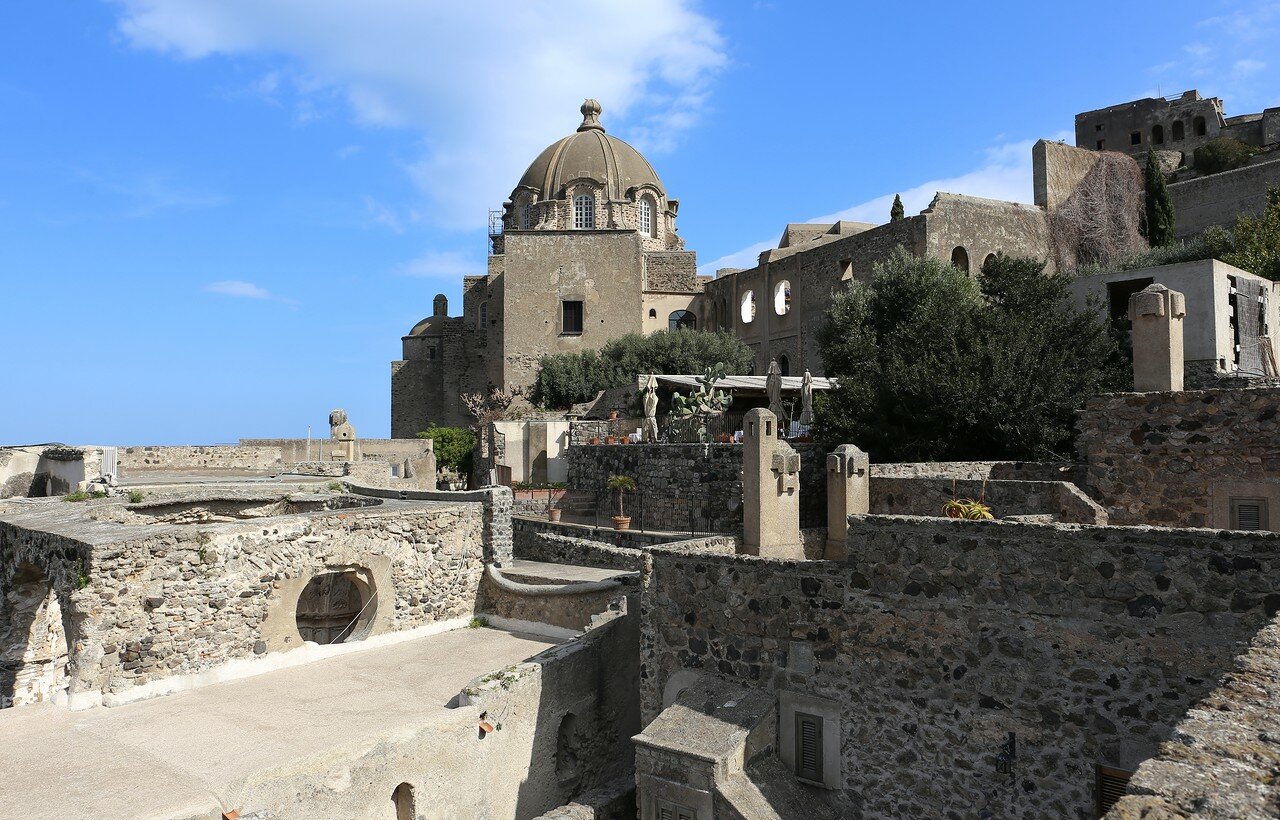 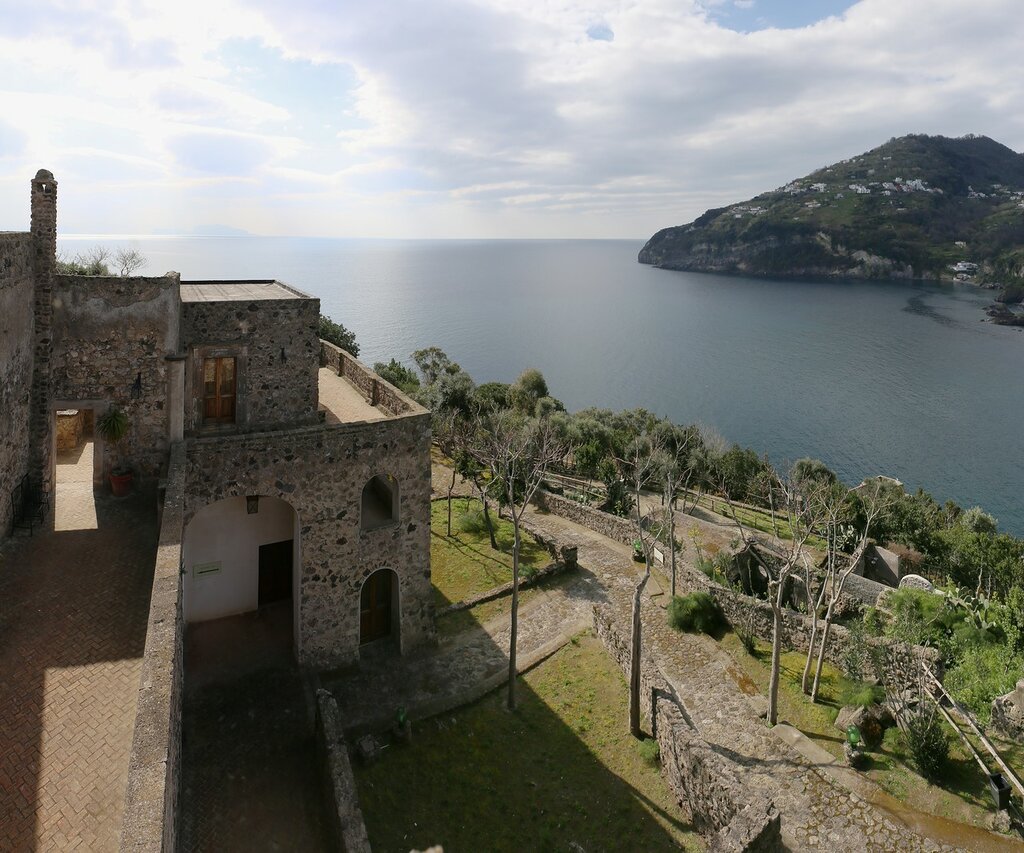 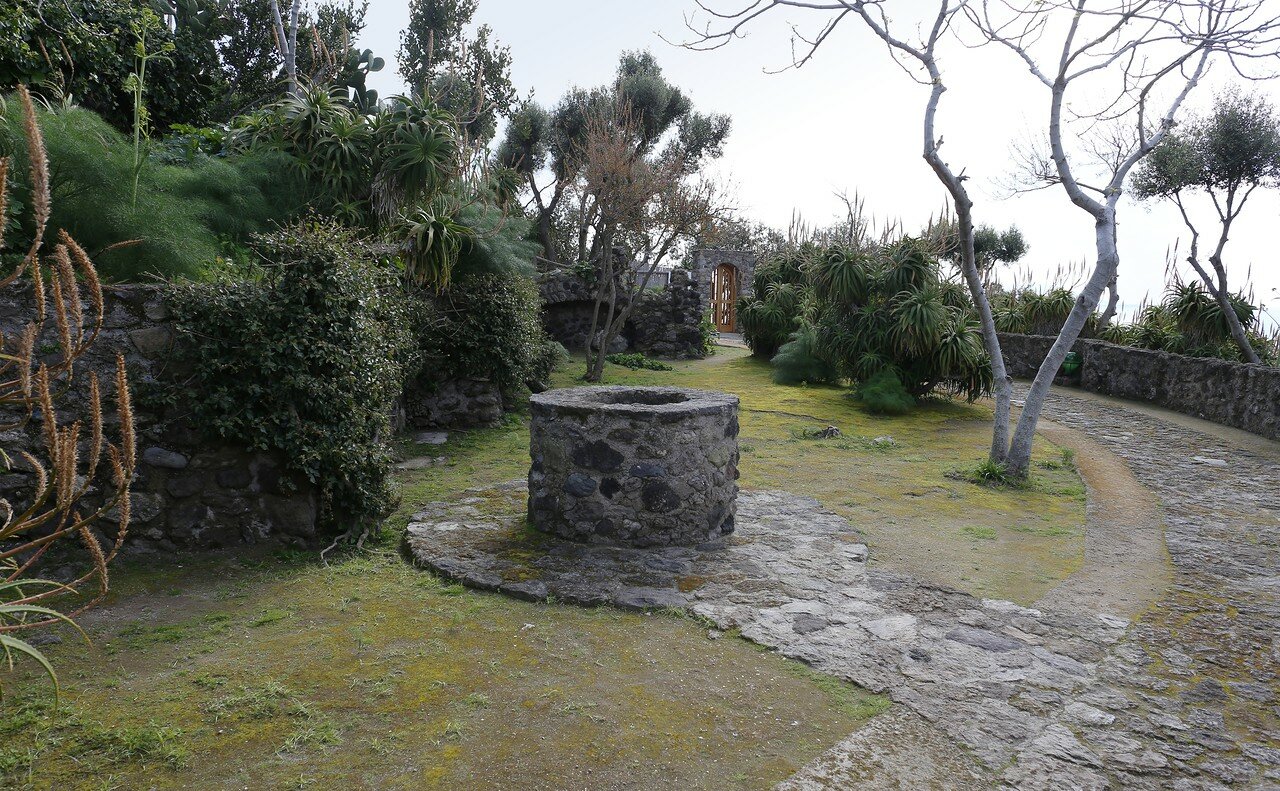