After climbing the top of Monte Epomeo and walking through the villages of Fontana and Serrara, I returned to the hotel for lunch, since a daily ticket for 3.60 euros allows you to go as much as you want. After a little rest, I went to the Eastern part of the island, where there is another attraction - Acquedotto dei Pilastri. At the sight of a long arched structure, the idea of the era of ancient Rome comes to mind, but this structure was built by historical standards not so long ago, in the 16th century. 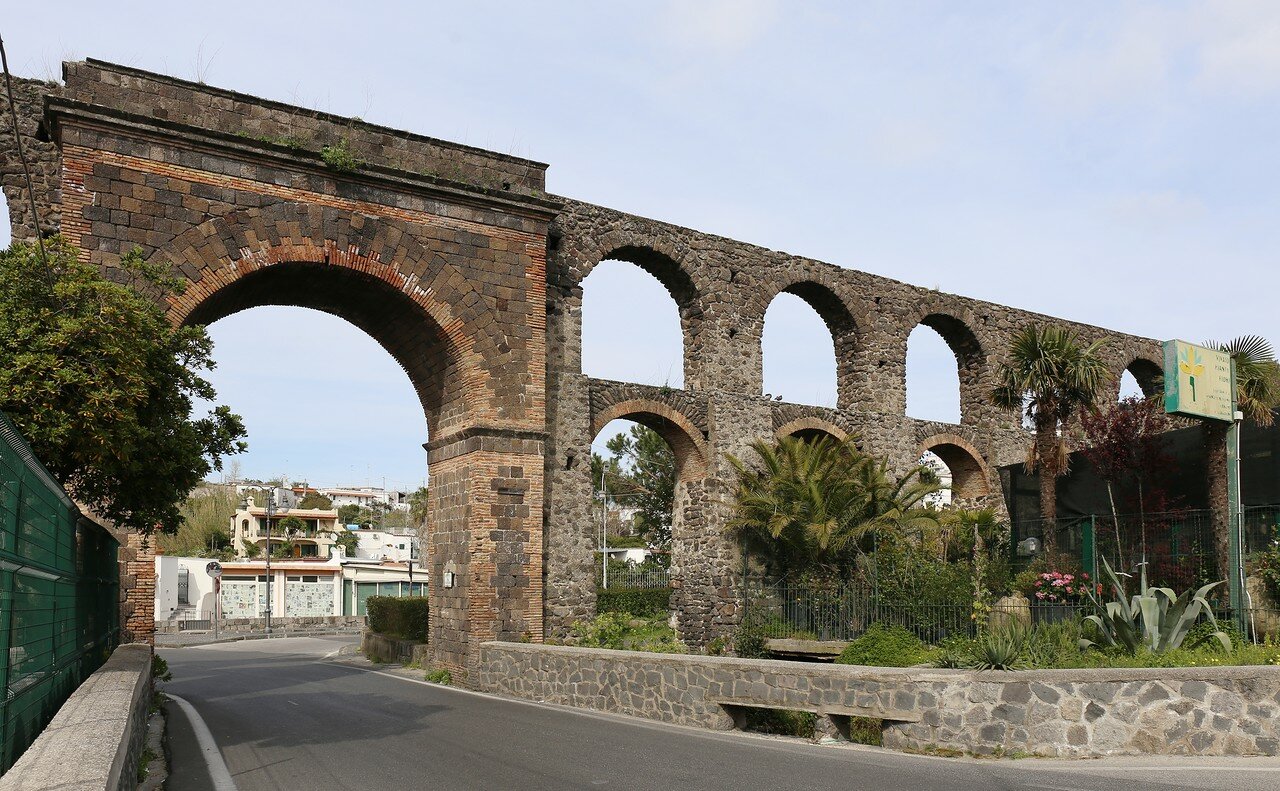 Let's start the history of the aqueduct with a small excursion into Geology. The island of Ischia, like other areas around Naples, is located in a unique zone where the molten earth's interior comes very close to the surface, causing the earth's crust to fluctuate in accordance with its "tides". This phenomenon is called "Bradisismo", it led in the second half of the 15th century to the drying of the source in the area of the Michelangelo tower. The source was used by the inhabitants of the settlement of Chelsa, located on the site of the present Ischia Ponte, which was at that time the spiritual and civil center of the island. The lack of water left farmland without life-giving moisture, and the population of this area was put on the brink of starvation. 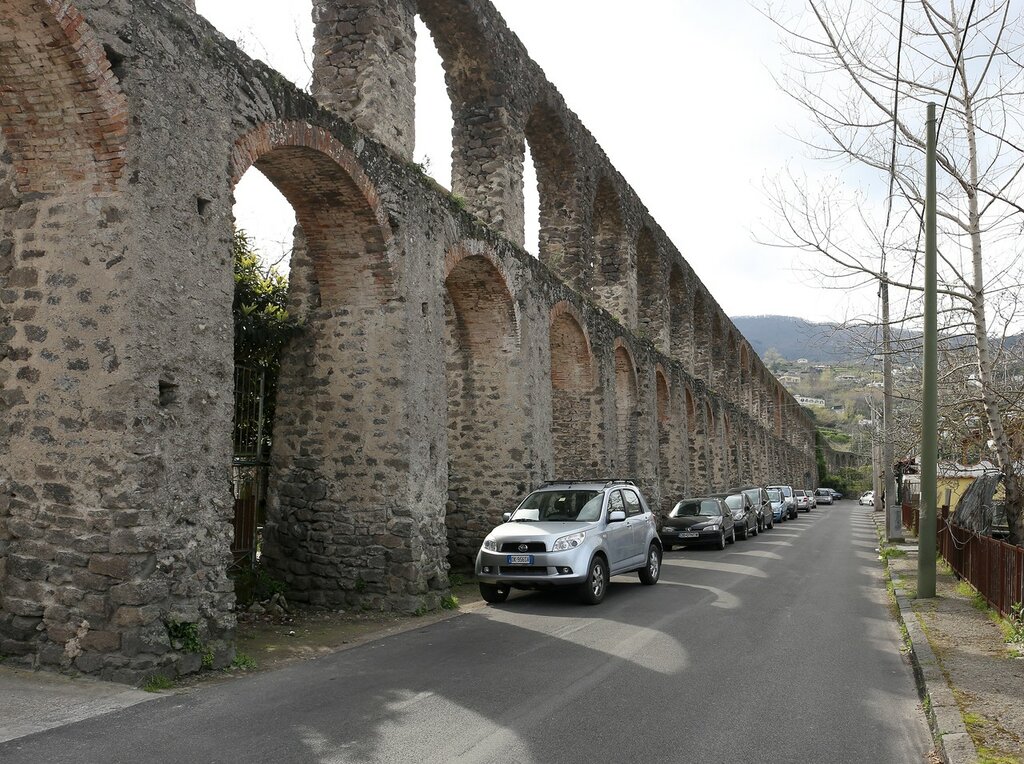 When news of the problems of the inhabitants of Ischia reached the Royal Palace, the Viceroy of Naples, cardinal Antonio Perrenot, was not indifferent to the troubles of his subjects. Spanish engineer Orazio Tuttavilla was immediately sent to the island to solve the water supply problem. In 1580, Tuttavilla arrived on the island, accompanied by the chief physician of Calabria, Julius Giasolino, and they began searching for drinking water. Soon, on the Buketo hill, at an altitude of 400 meters above sea level, a plentiful spring with clear water was found, flowing down a steep slope into the Fiaiano valley. The following year, a 4-kilometer trench was dug with lead pipes. The water was piped down into the valley and then pushed up the slope of the hill of Sant'antuono to the settlement of Chelsa. In winter, the water supply worked, but in summer, the source gave much less water and the pressure for lifting was no longer enough. Having failed, Tuttavilla left the island in despair and the business stalled for almost a hundred years. History is silent about how the residents lived at this time. 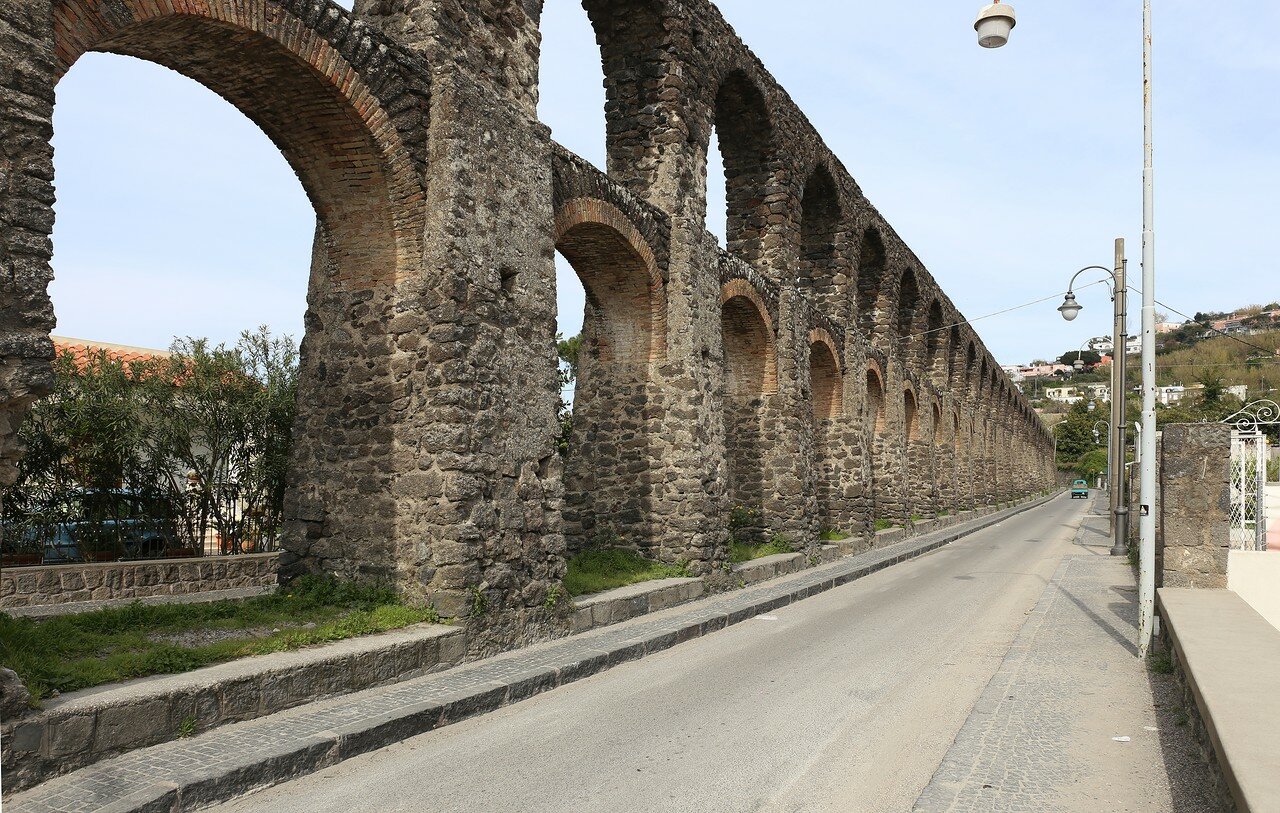 Girolamo Rocca, who took office as Bishop of Ischia in 1673, revived the idea of water supply. The problem of pressure could be solved by raising the pipes, and Rocca initiates the construction of an arched structure like Roman aqueducts. In 1678, the construction was completed, but even here it was a failure-the pipes laid along the crest of the aqueduct could not withstand the pressure and burst. But the strong-willed Bishop decided to finish the job. There was only one way out - to reduce the pressure, it was necessary to raise the pipeline, adding a second tier of arches. This took another 6 years and an unknown number of lives of builders working at an altitude of 12 meters. Finally, on a spring morning in 1685, water filled the marble bowl of the fountain in Chelsa. 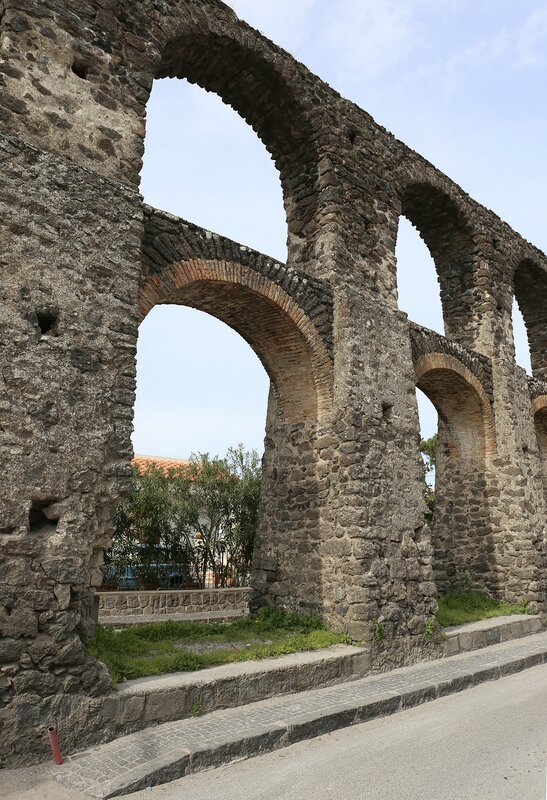 Construction cost 65 thousand ducats, and the population all this time languished under the yoke of an unbearable grain tax - despite the fact that the Royal government freed the island from "Federal" taxes, there were not enough funds for this. However, after receiving the long-awaited water , the peasants quickly forgot about their hardships, and the valiant Bishop Girolamo Rocca forever entered the history of the island. 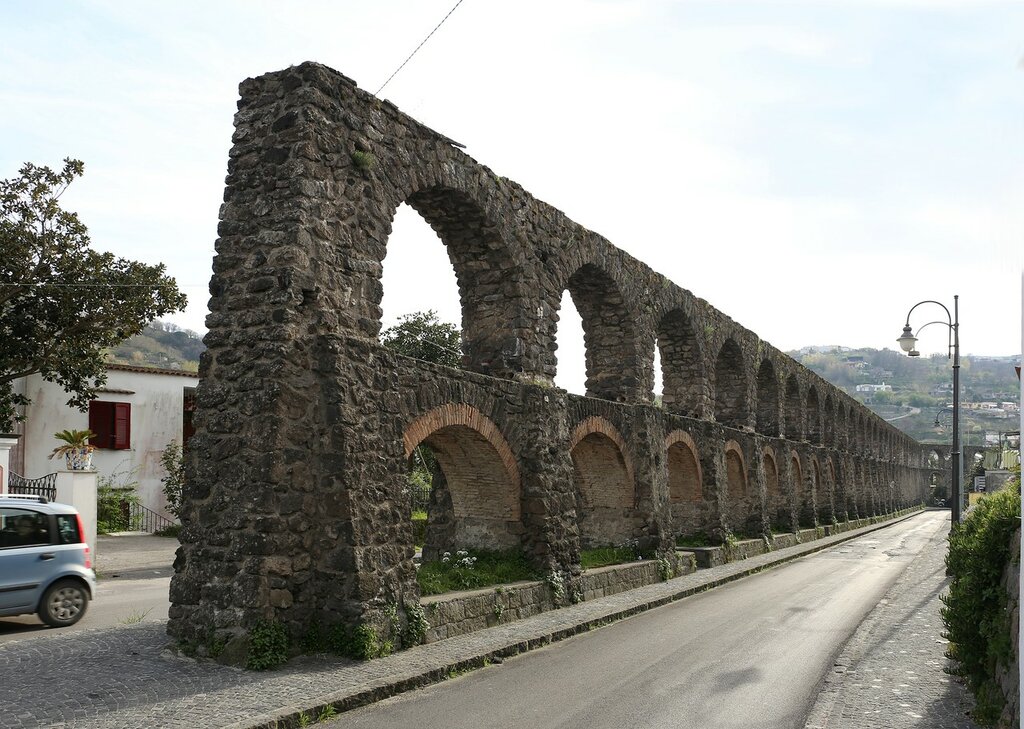 You can get to the aqueduct from Ischia Porto by bus lines CD, 5 and 6, stop Pilastri, the journey takes about 8-10 minutes. Aqueduct (on map)