Early in the morning, I said goodbye to the hospitable hotel Del Postiglione, and went to the port. My ferry was already at the pier, but it was still about 20 minutes before boarding. My ticket had already been purchased in advance, so I calmly and more with surprise looked at the large crowd at the ticket office. When I sailed to the island, there were very few passengers. 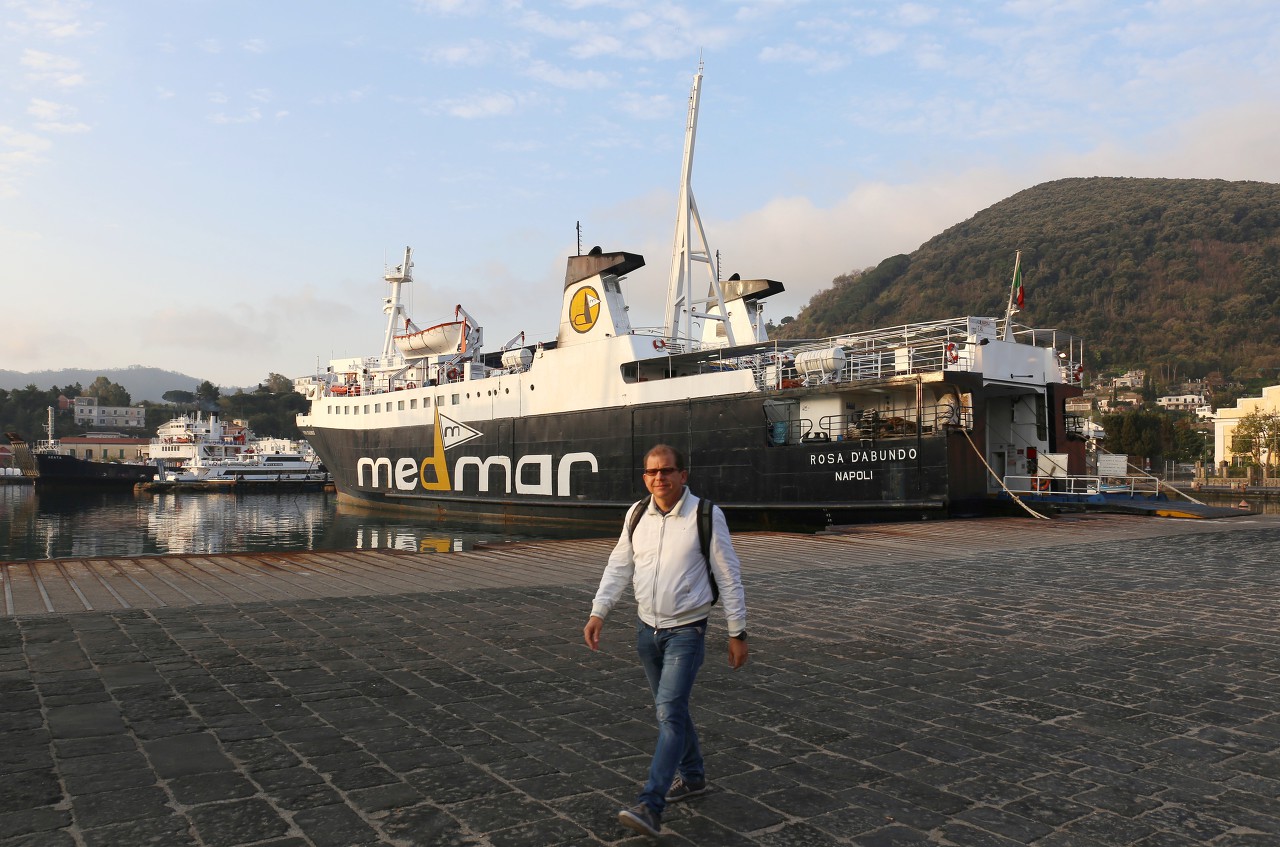 There was another ferry, the Caremar company, which had just arrived from Naples. 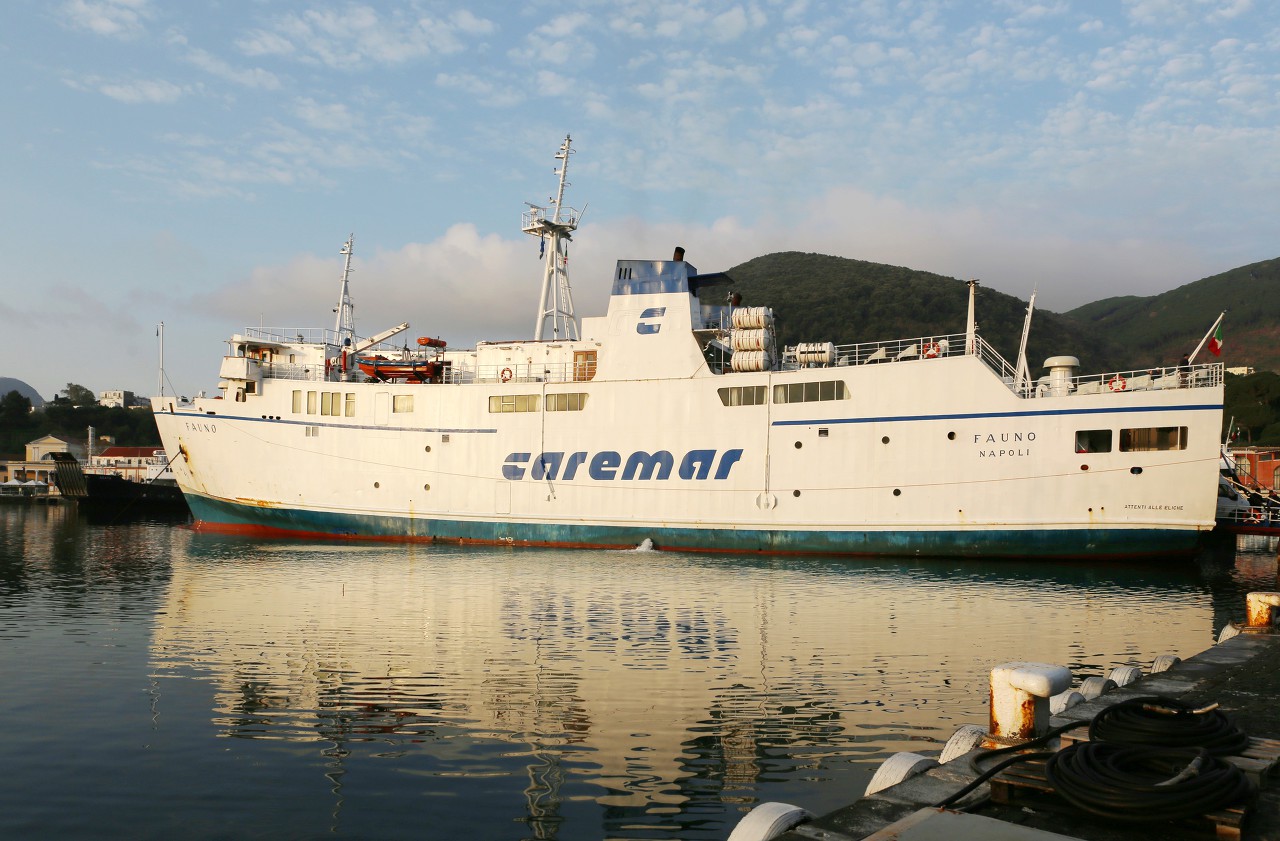 The fullness of the car deck means that it did not come empty. 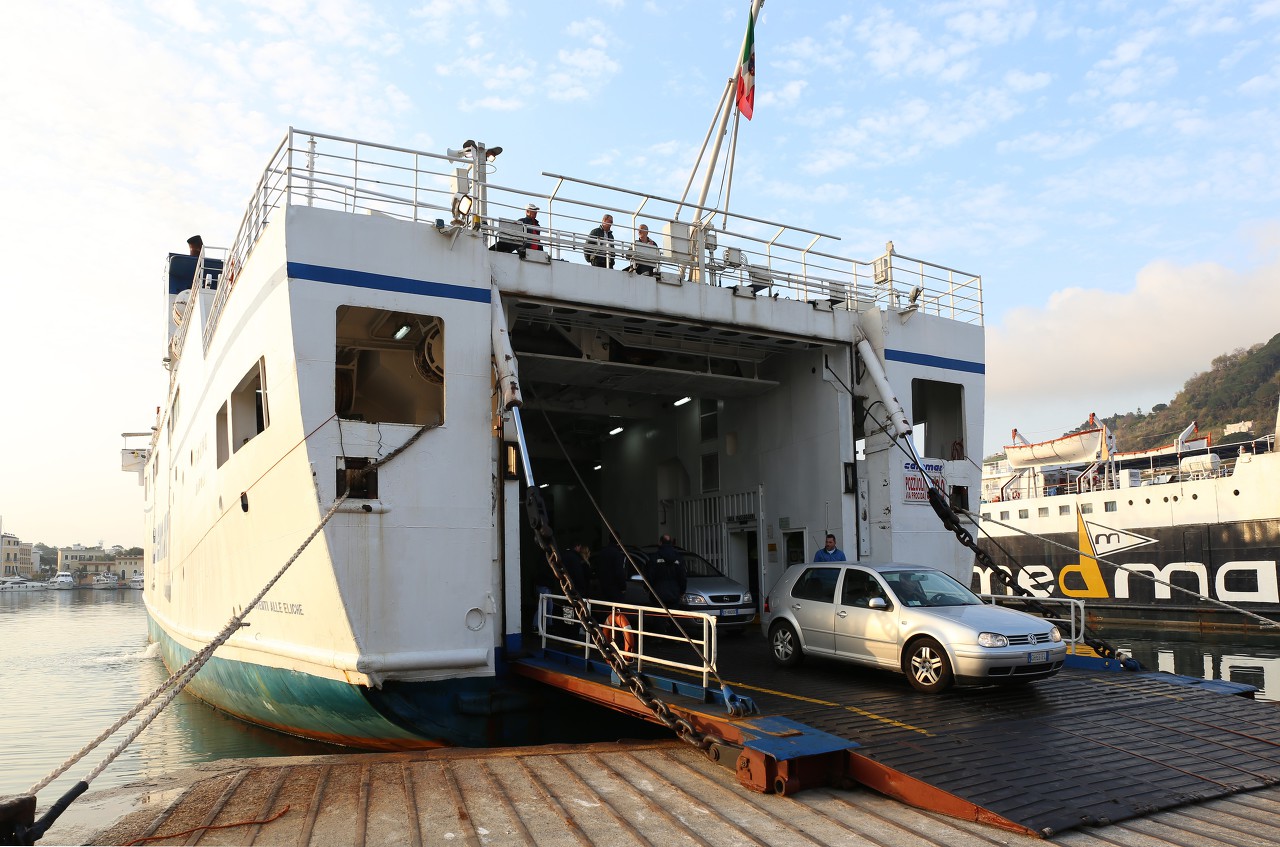 As I wandered around the pier, we started boarding our Rosa Dabundo ferry. There are really a lot of people. You can, of course, assume that the early ferry residents of the island go to Naples to work, but most of the passengers with suitcases. 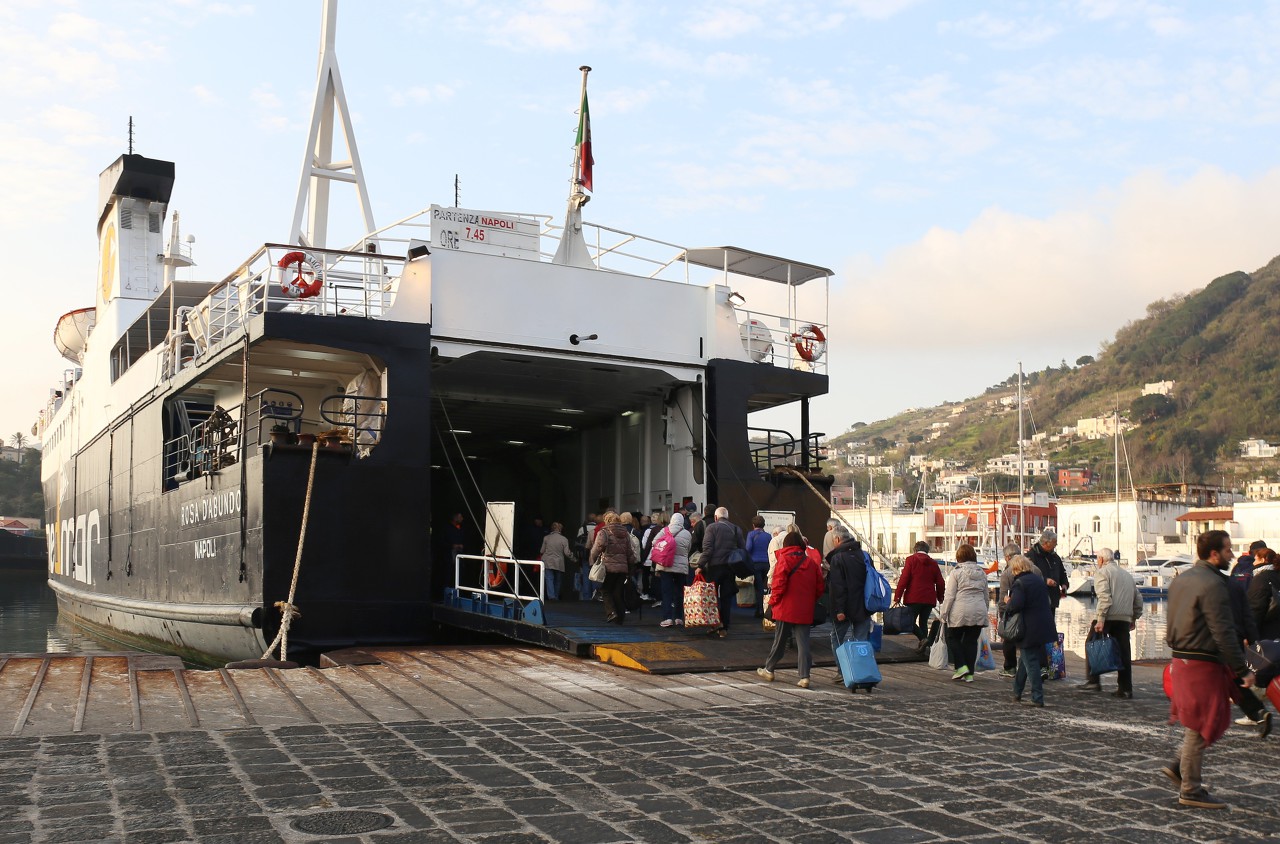 But the car deck is empty again, just as it was on the way to the island. 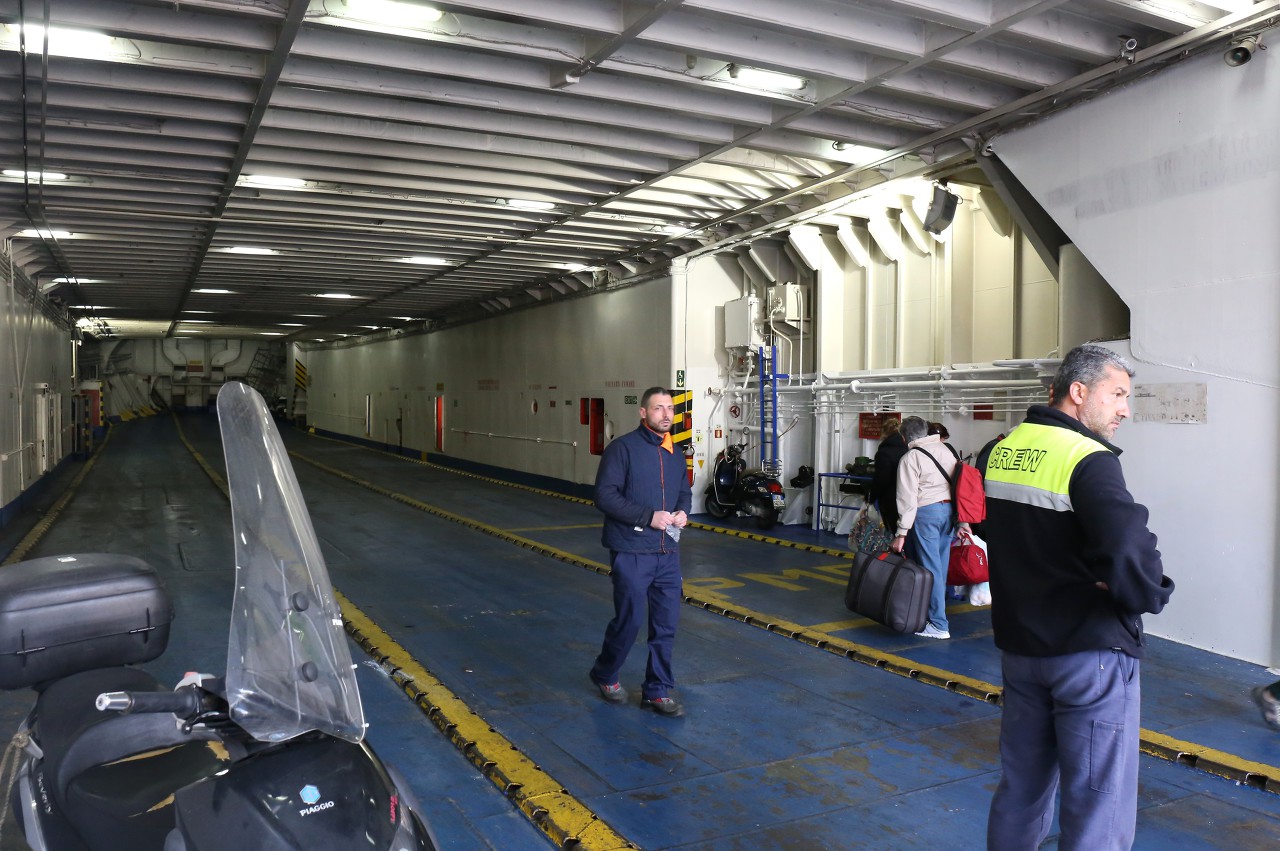 Once on board, I took a couple of panoramas of the port. 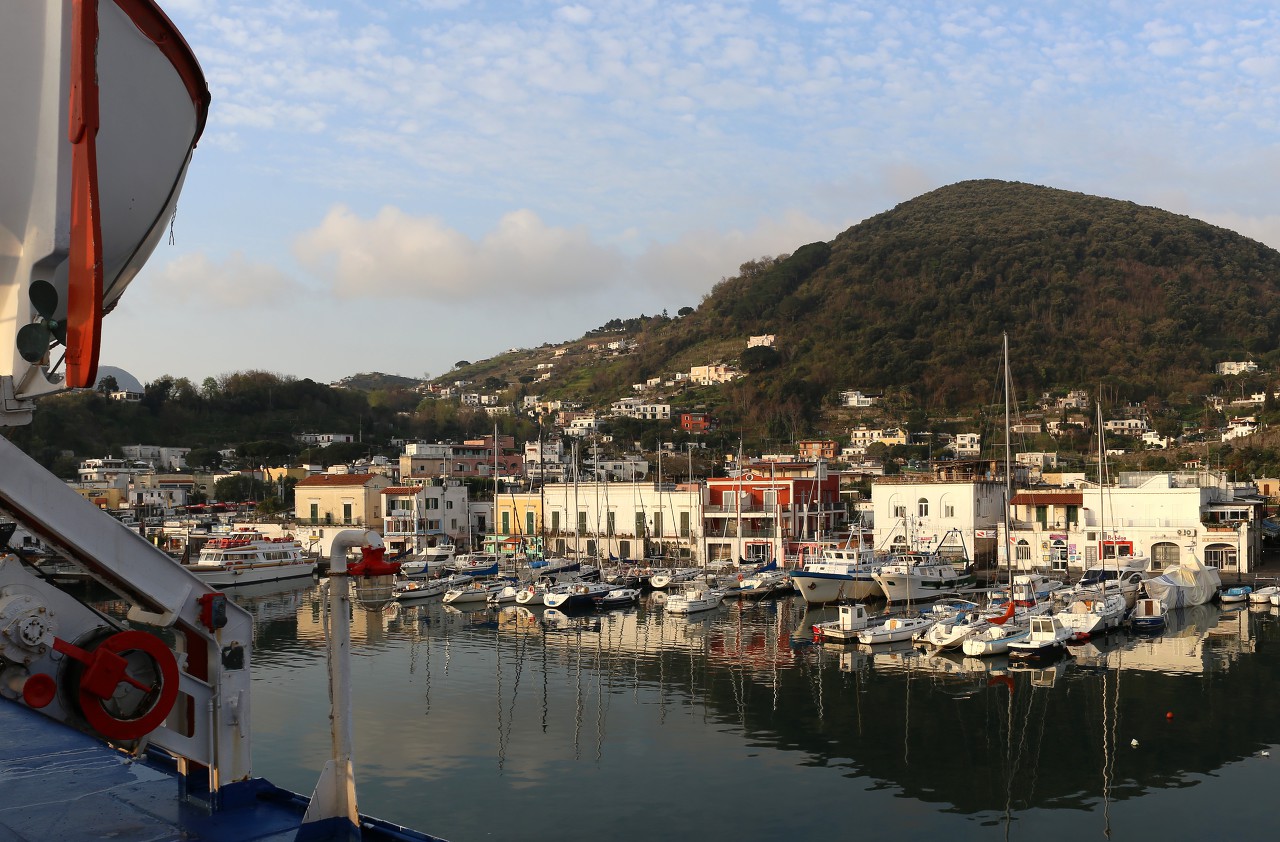 In the center of the harbor is a pier where SNAV's company fast vessels of Naples-Ischia line are moored. This is twice as fast as on a large ferry, but three times more expensive. Small ships Linee Rumore Marittima make trips to other settlements of the island, as well as to Procida, Capri, Sorrento. 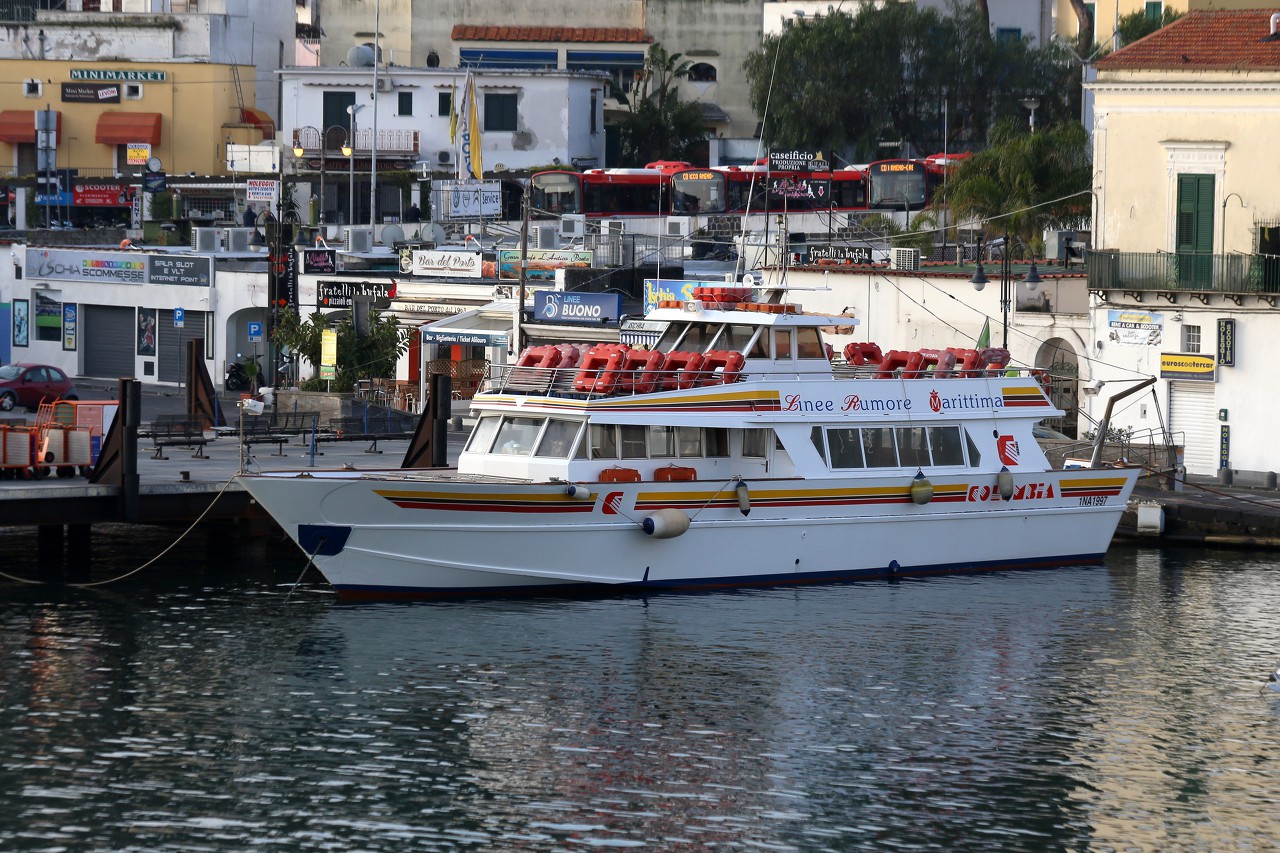 Behind the wharves of high-speed vessels, the austere building of the church Di Santa Maria di Portosalvo. 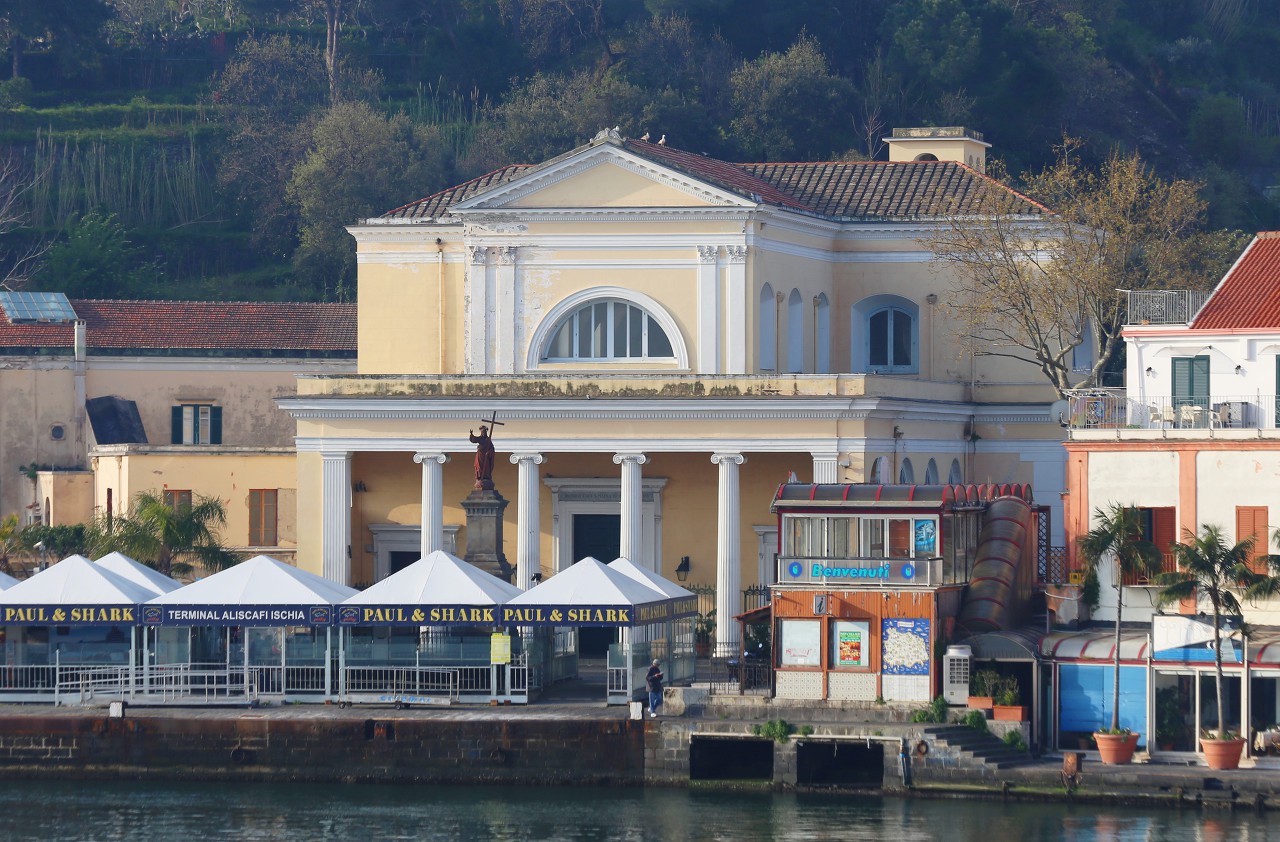 Berths along Via Lasolino for the most part, yachts and boats. 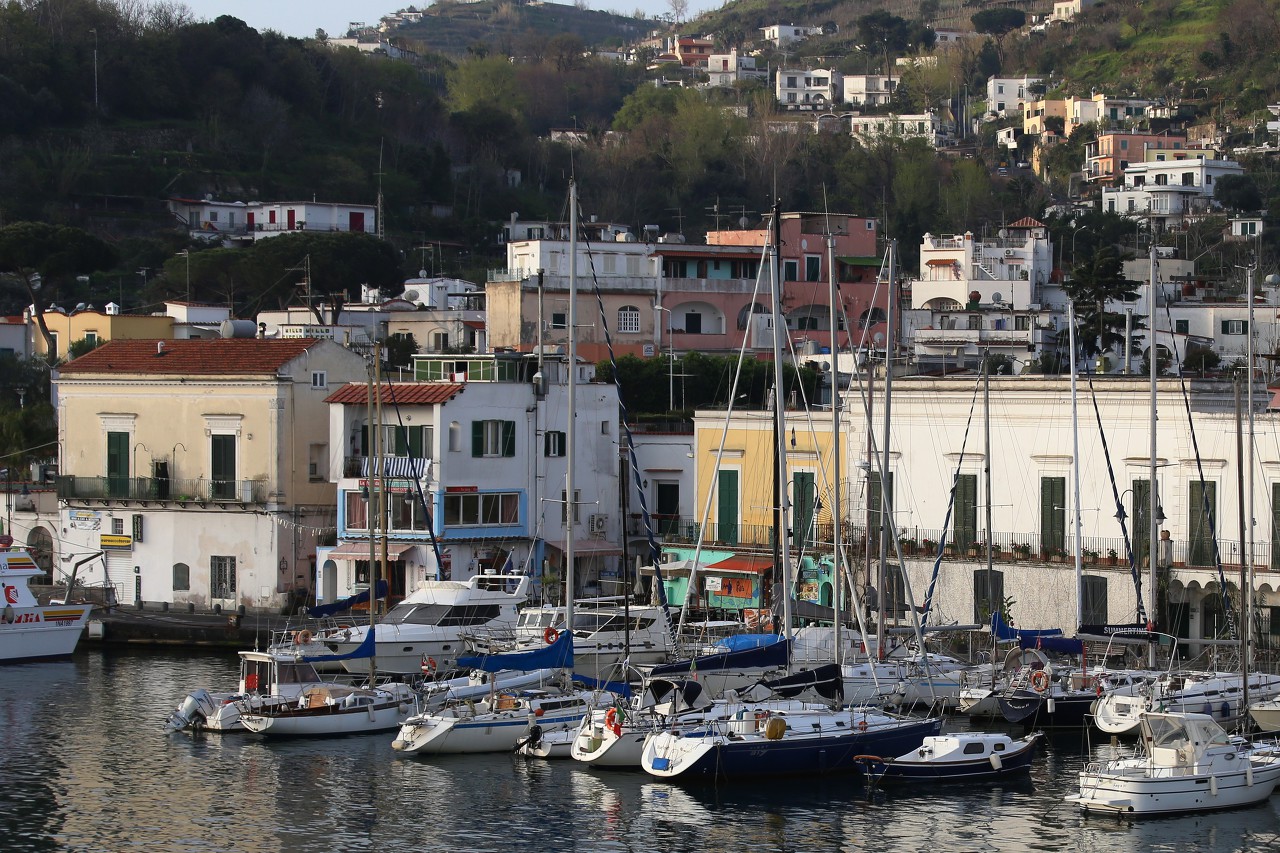 But there are also several fishing trawlers. 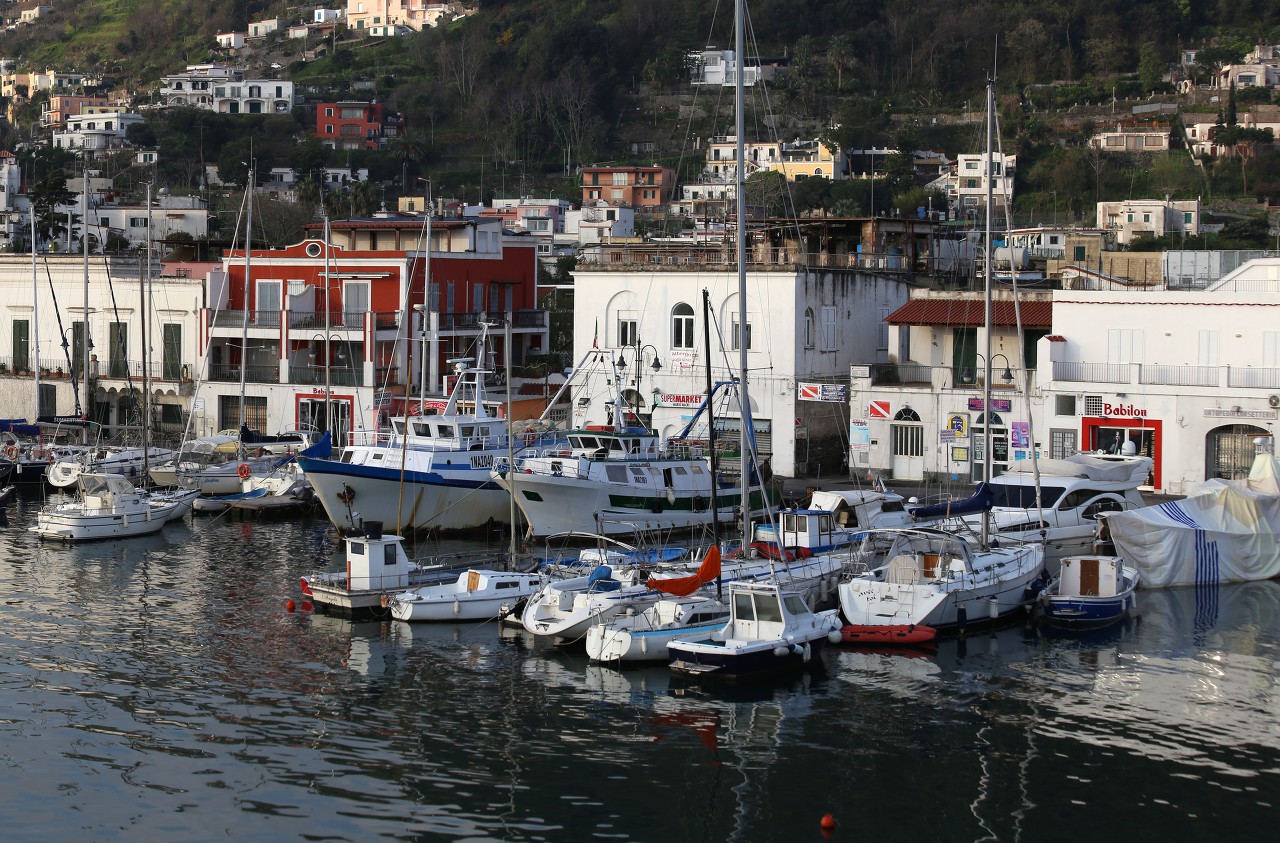 The northern part of the port is occupied by ferry piers (Molo traghetti). 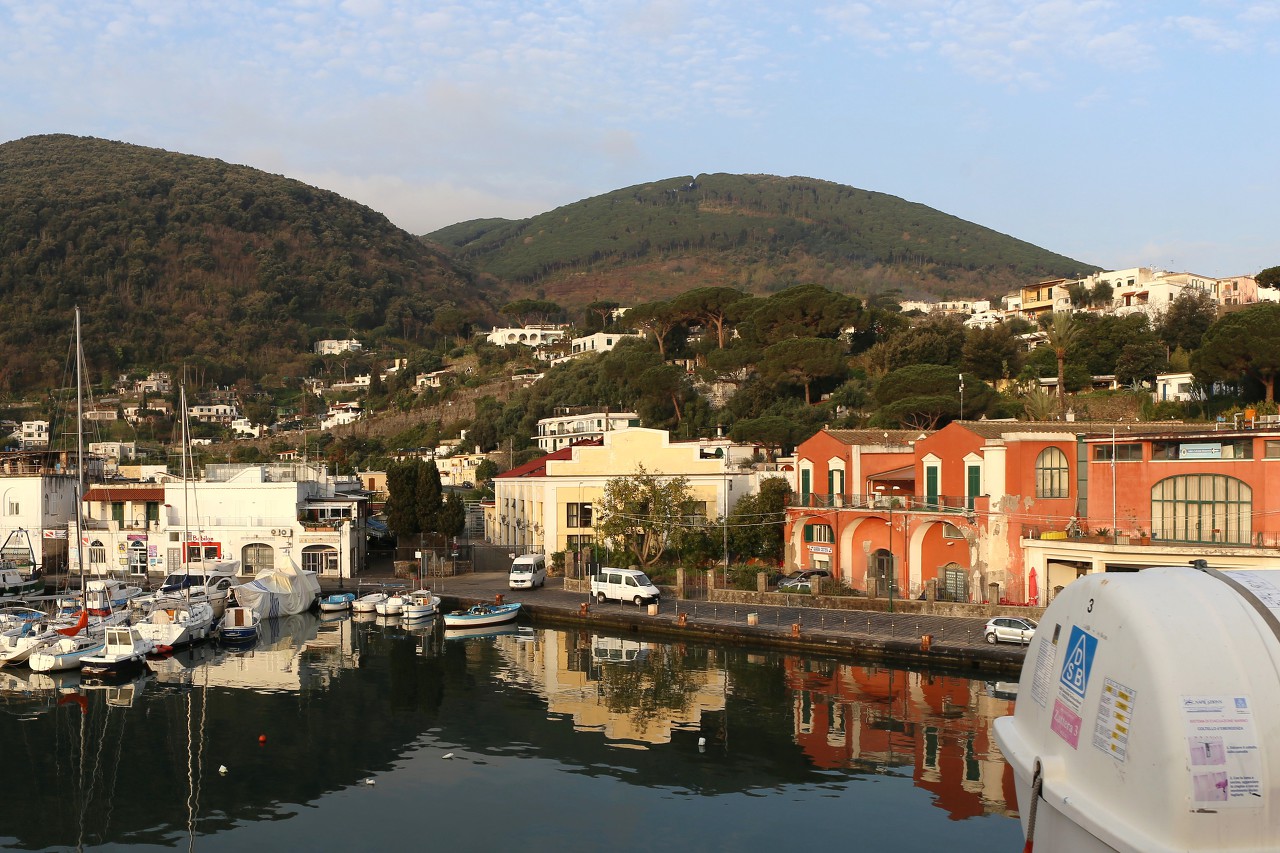 The building of the sea station. There are ferry ticket offices, a waiting room, and a small cafe. When I came here, there was a queue at the checkout on the street, but now it has already disappeared. 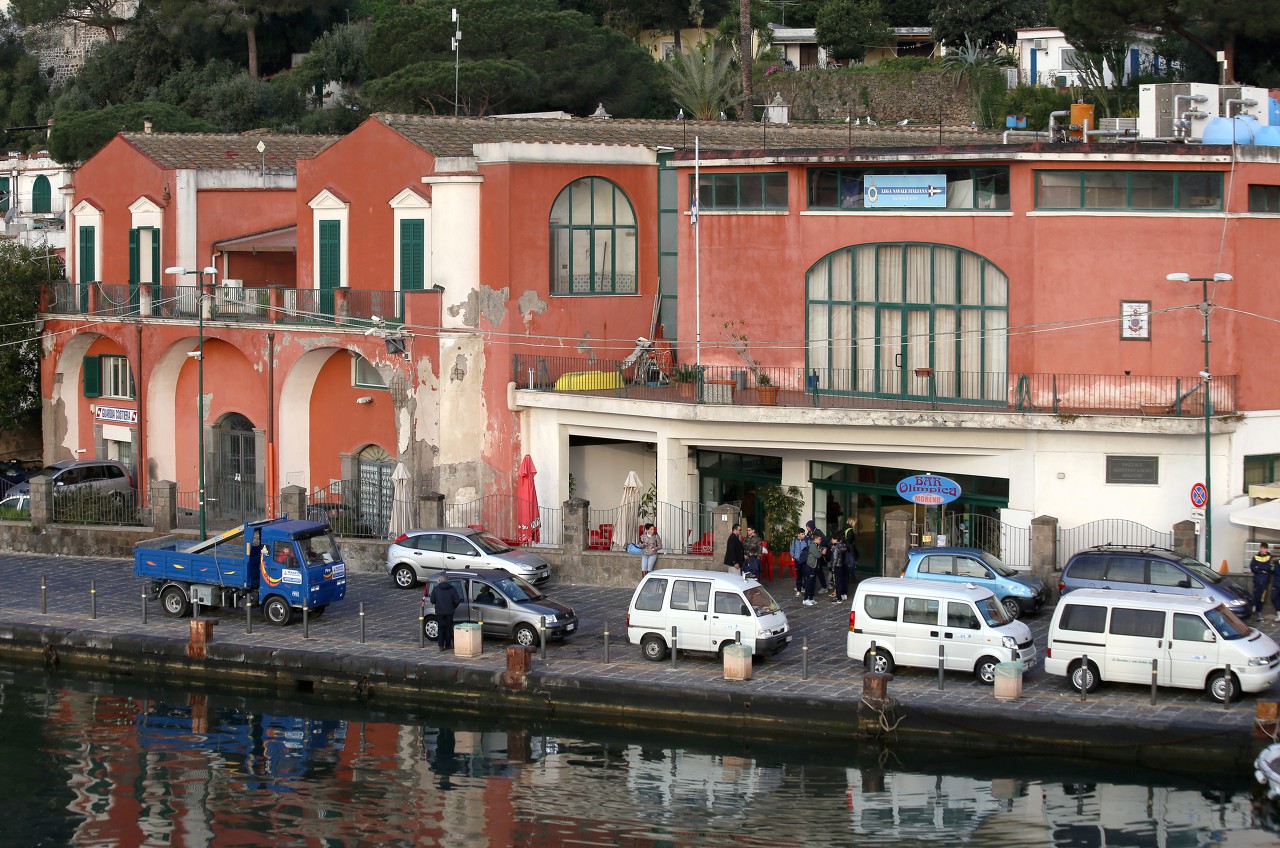 But the taxi rank was filled with cars waiting for customers. 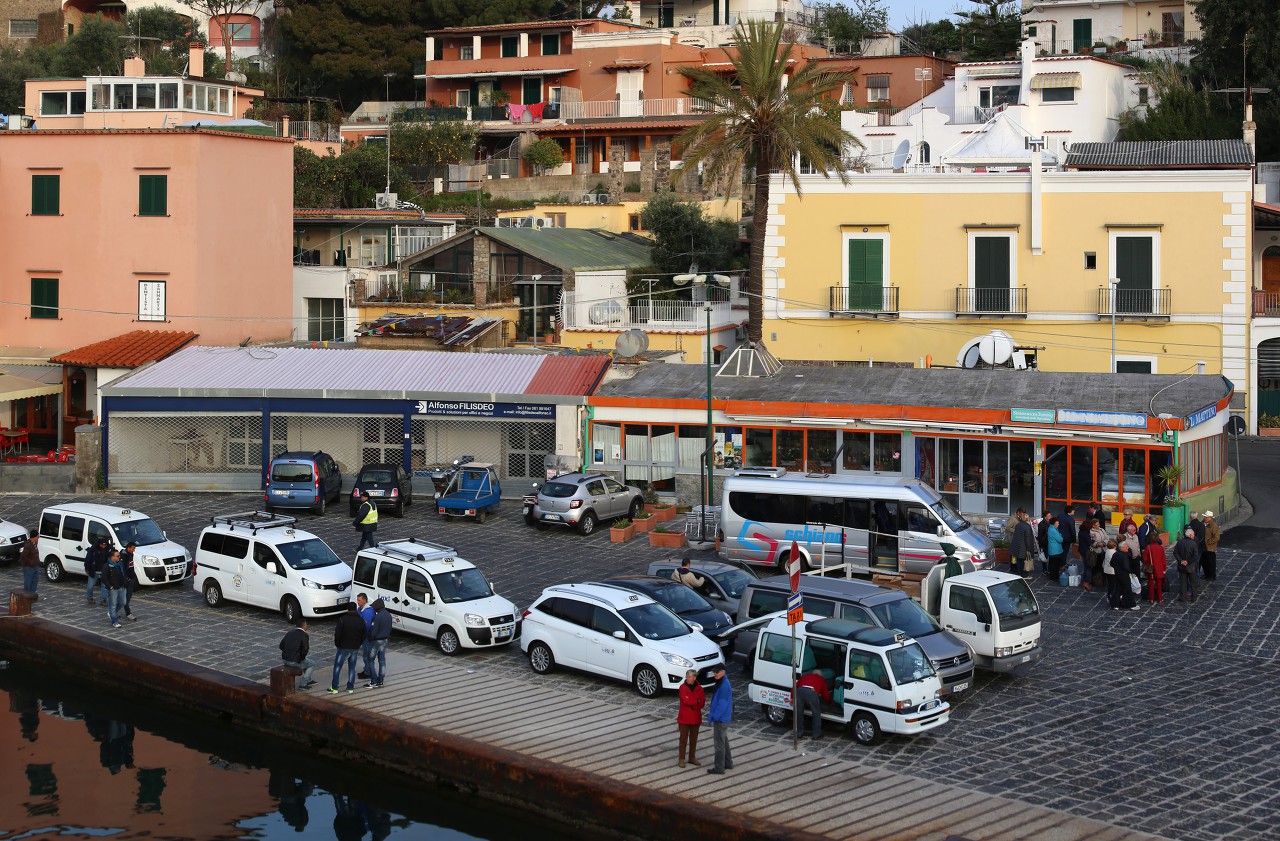 These microvans are very popular on the island - they are convenient to move through the narrow steep streets of the mountain villages of the island. 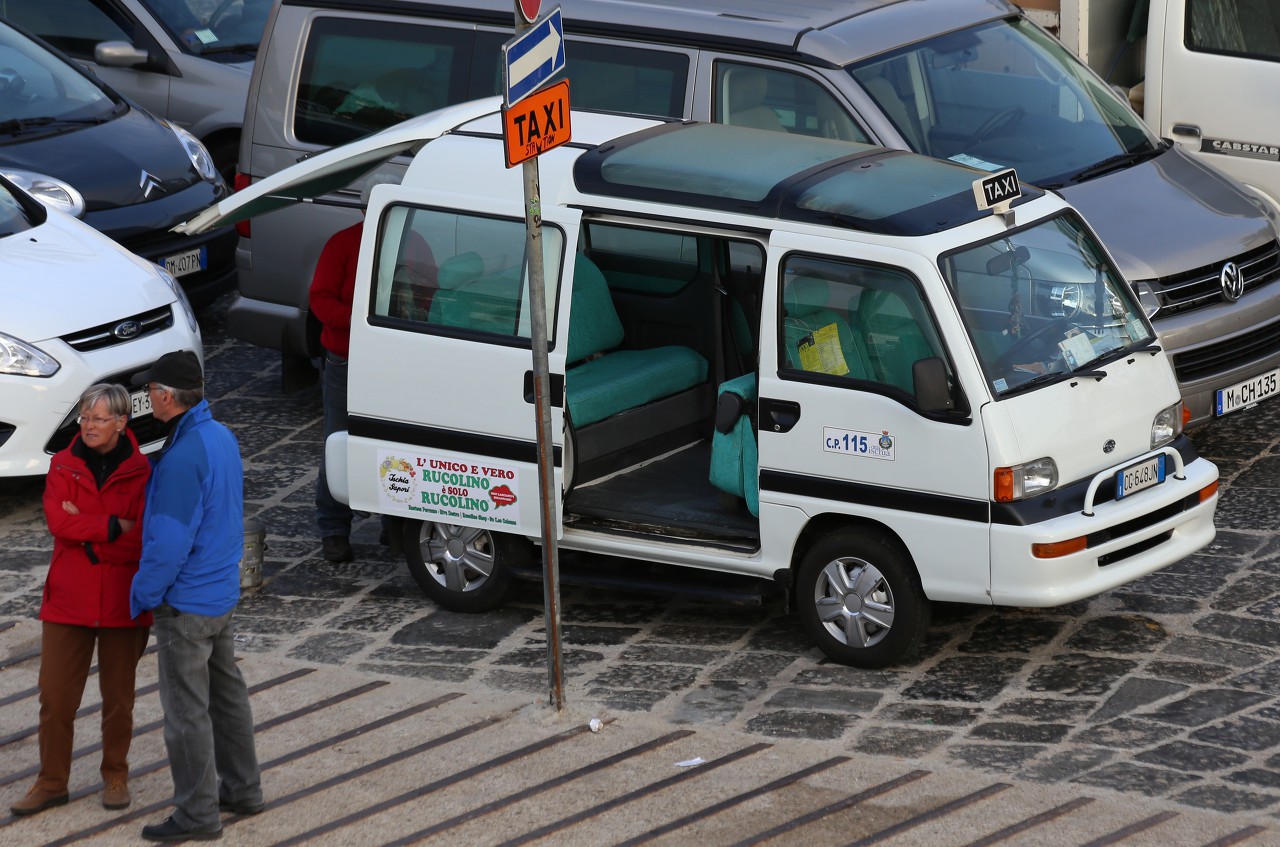 The departure was clearly delayed, and buses and taxis continued to arrive at the pier, with passengers taking their time getting on board. By the way, we arrived in Naples almost without delay...With nothing else to do I took out my telephoto lens and began to look at the surrounding villas. 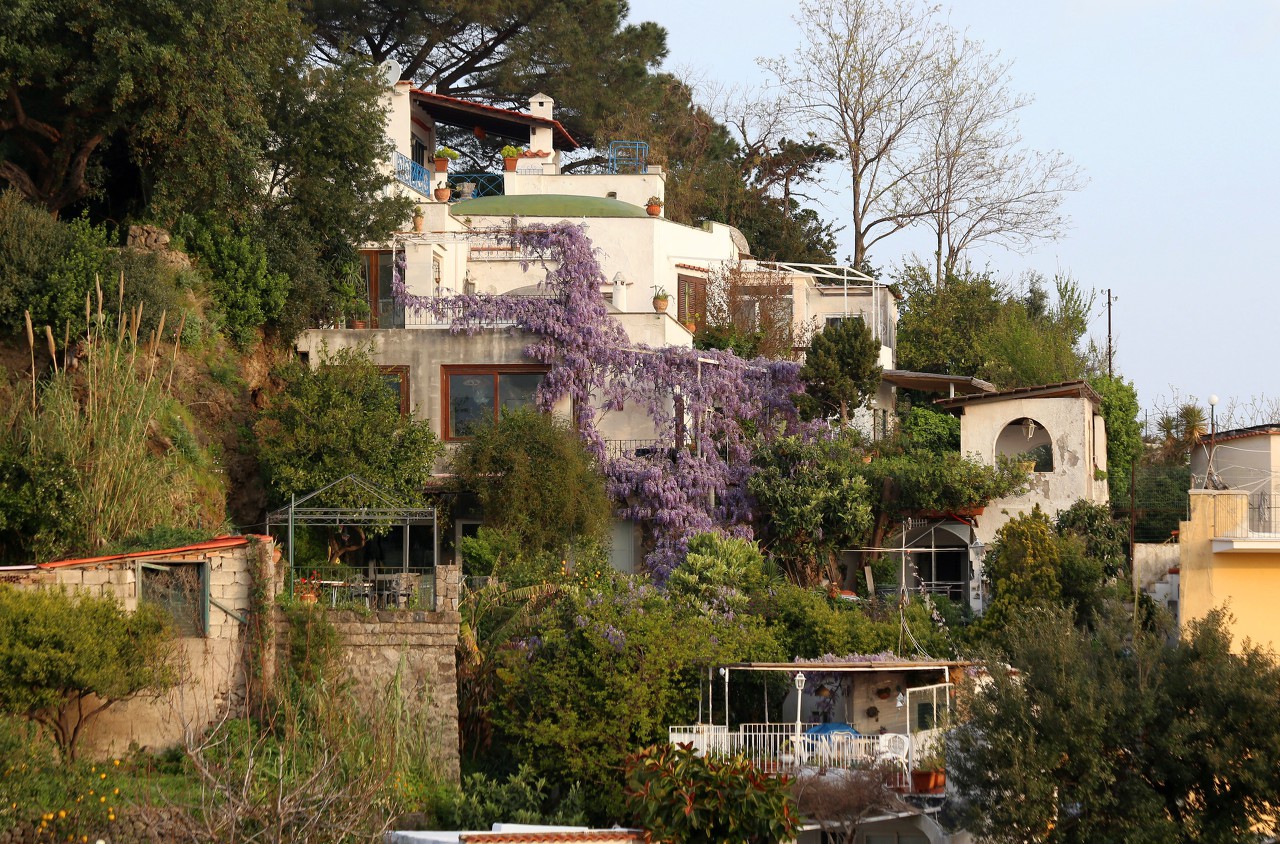 Houses of the most diverse architecture are located in terraces on the slopes of the mountains. 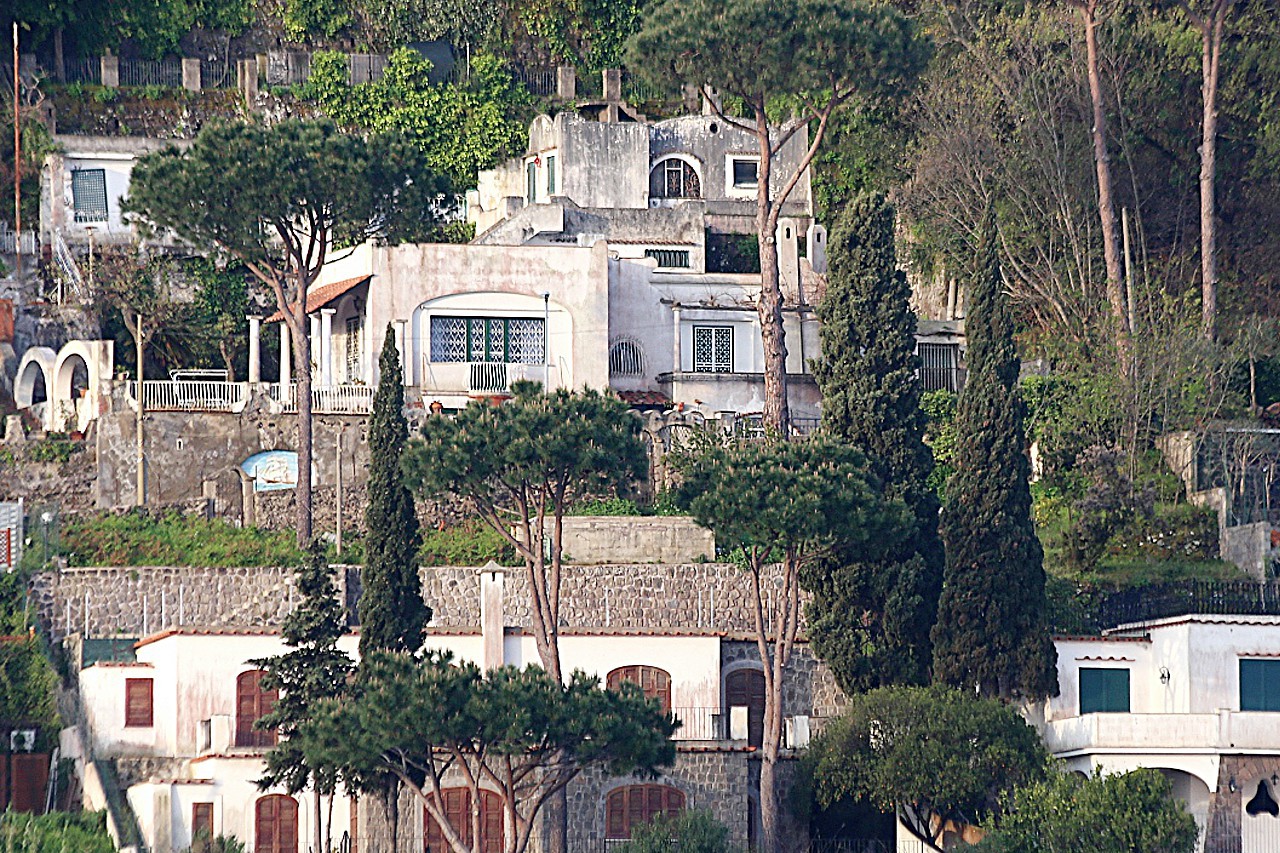 Undoubtedly, this verandah offers a stunning view, but life on the mountainside has its own difficulties. 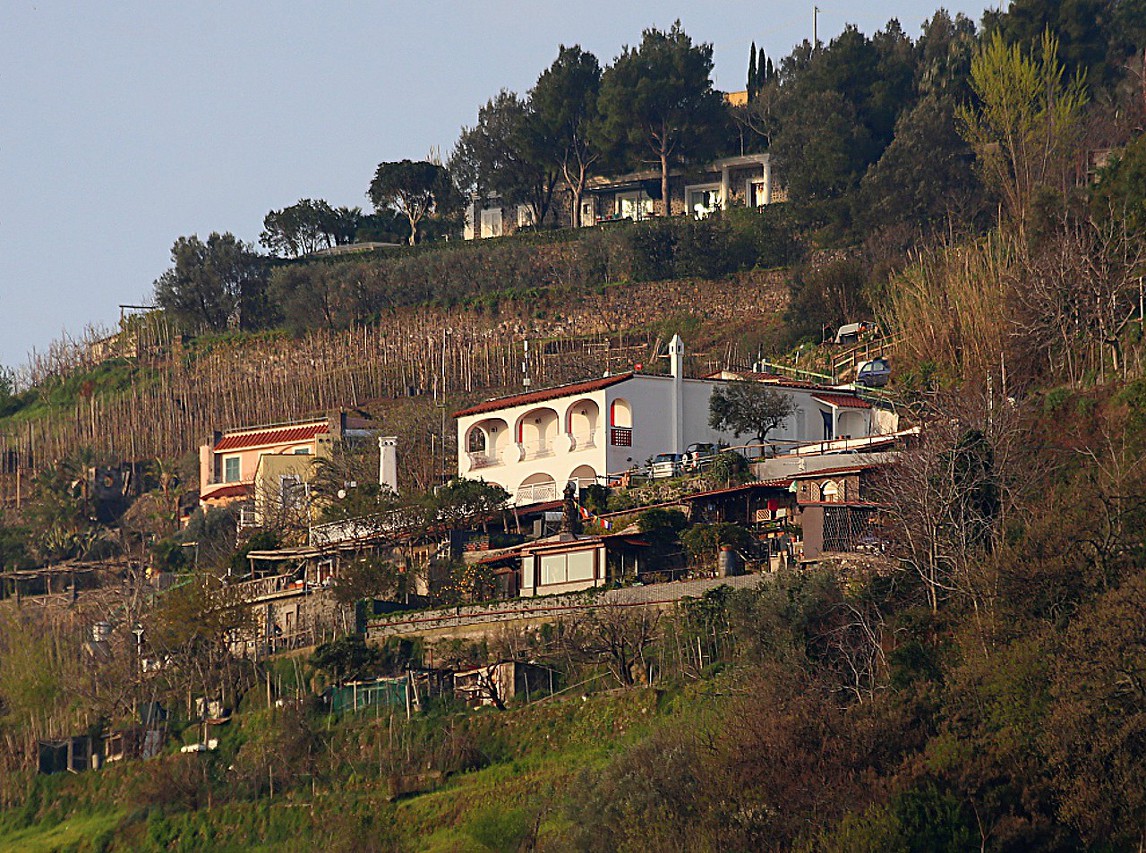 The Agata ferry, which arrived at the port last night, is changing its location. It is quite interesting to observe how such a large vessel quickly and accurately maneuvers, turning almost on the spot. The professionalism of Neapolitan sailors is not in doubt. 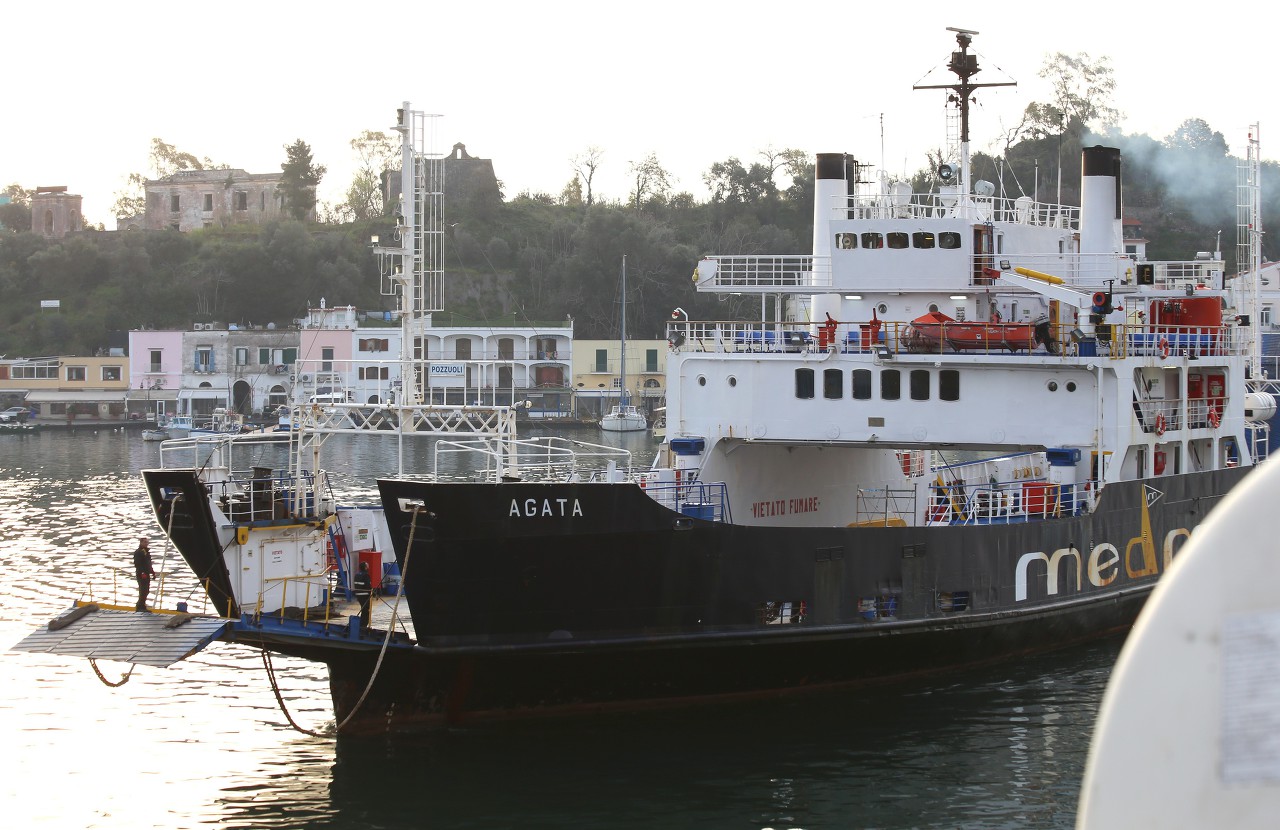 Our ferry headed for the exit of Porto di Ischia, but we still have to take a farewell look at its shores. 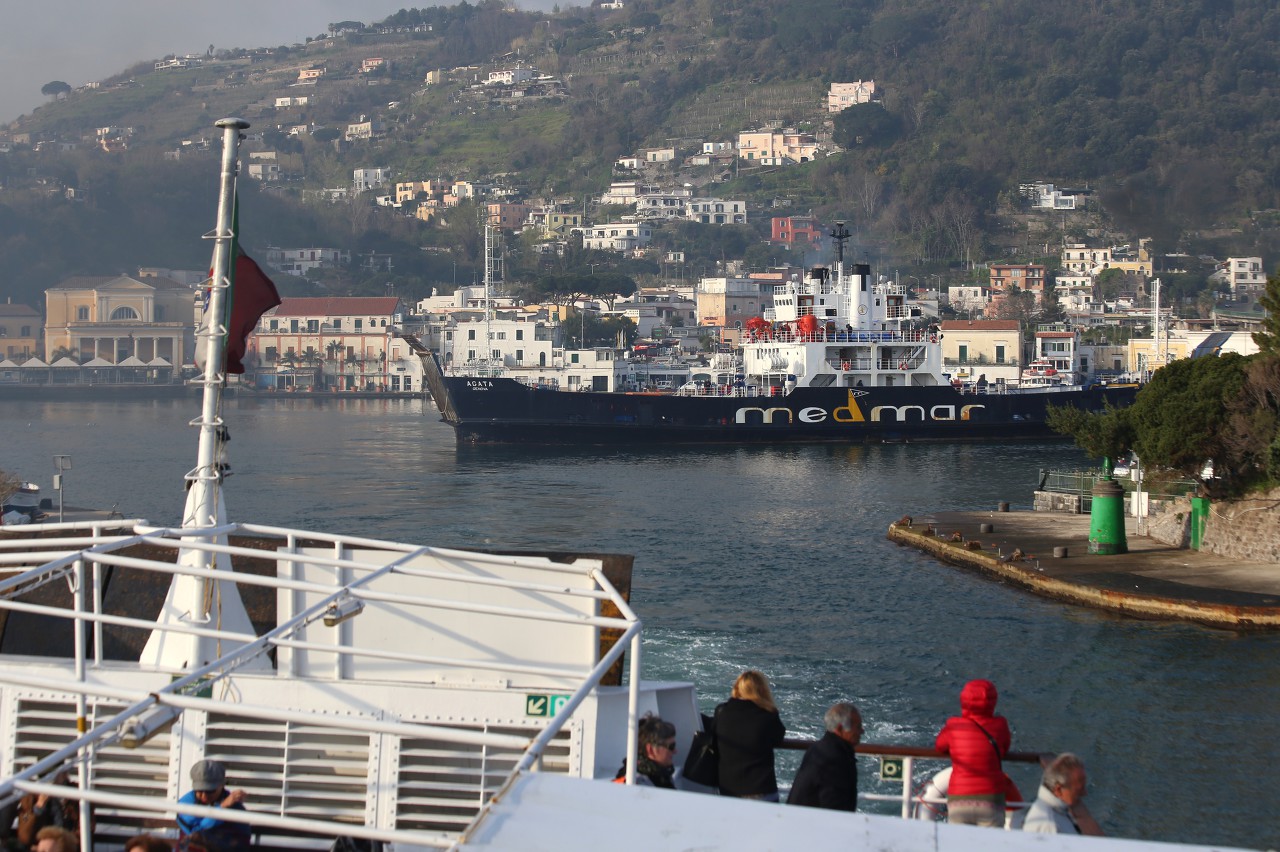