The Area in front of the Church of St. Mary-Savior used to be called Piazza Soccorso and its current name has received recently. 5 June 2002 Forio visited Pope John Paul II, and on this square was his meeting with young people. In honor of this visit, held in the framework of the world youth day, the square received its present name. 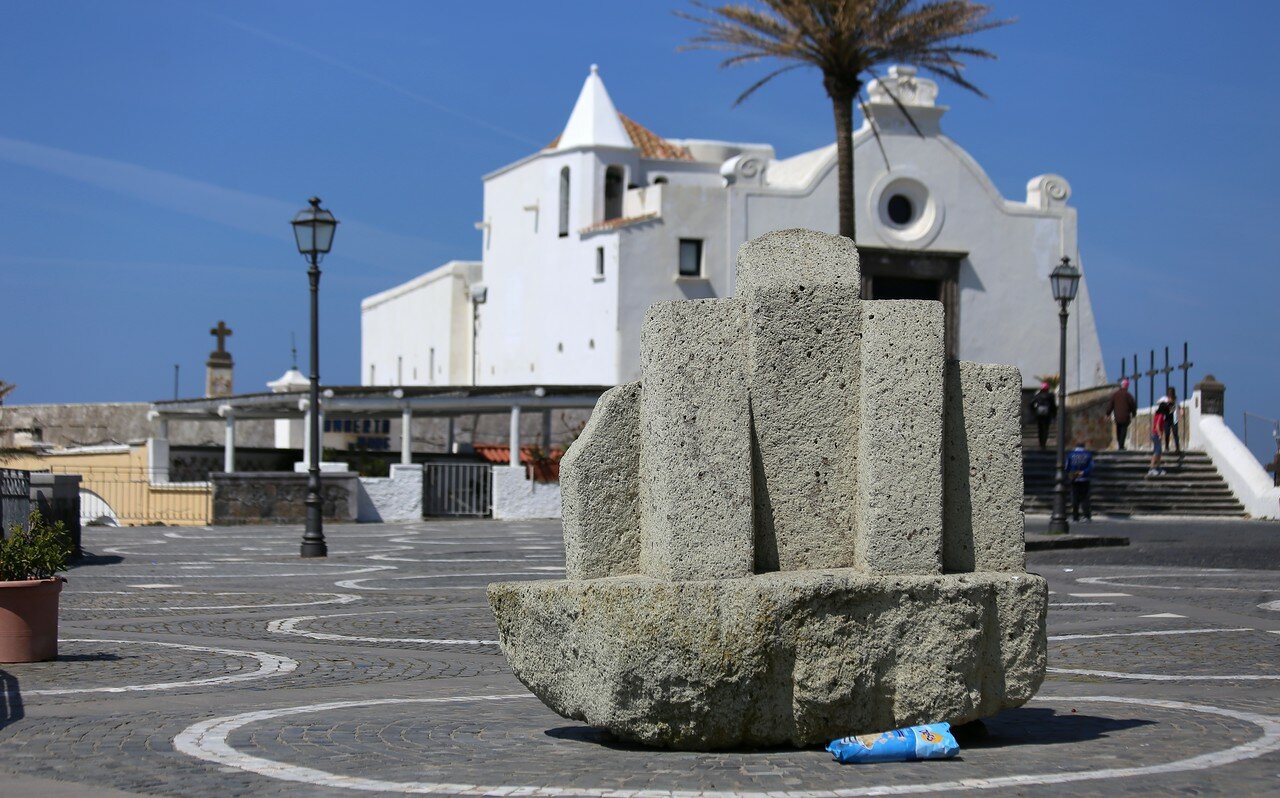 On the square you can see the original benches carved and volcanic rock - tuff. You may notice that the stone has a greenish tint - that is why it is called green tuff. 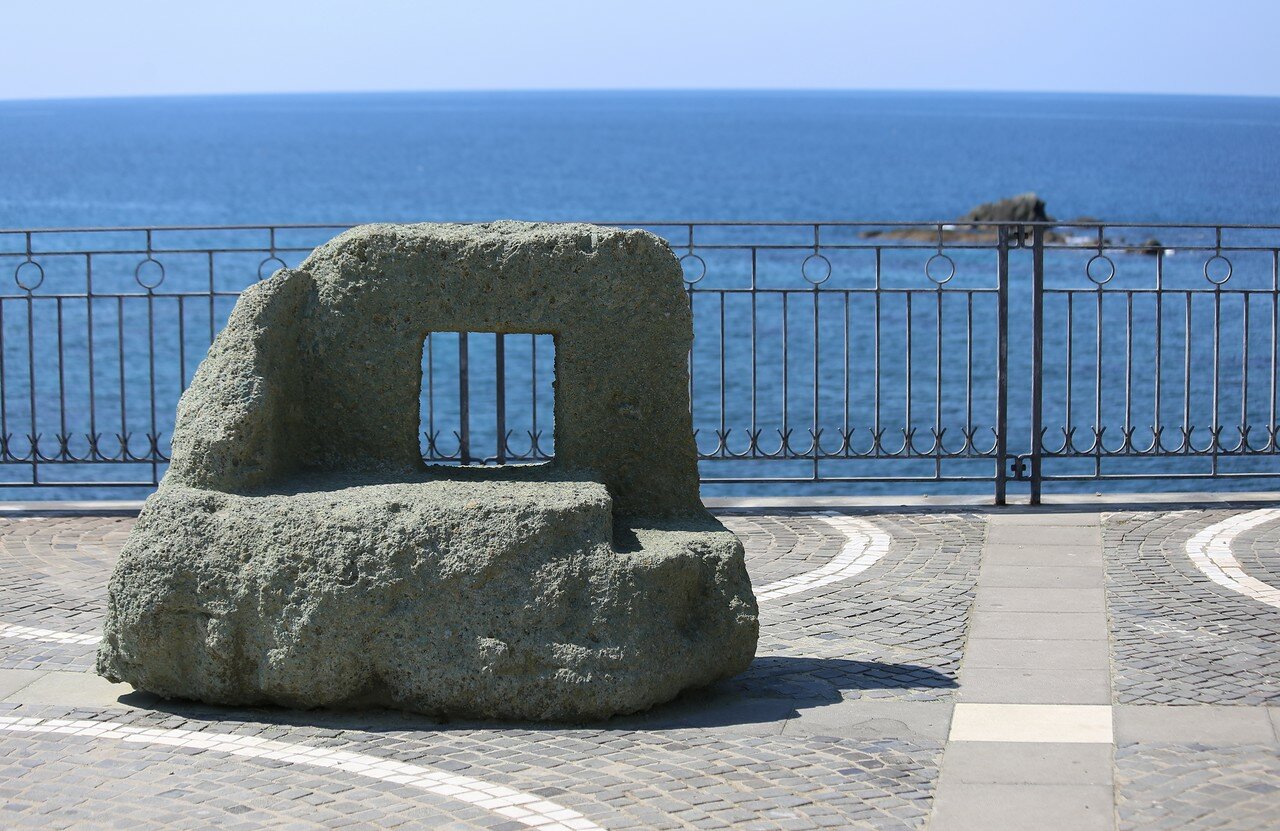 same tuff scattered on the seabed, which is here very shallow. Tuff material is soft, so the wind and waves eventually ironed surface. 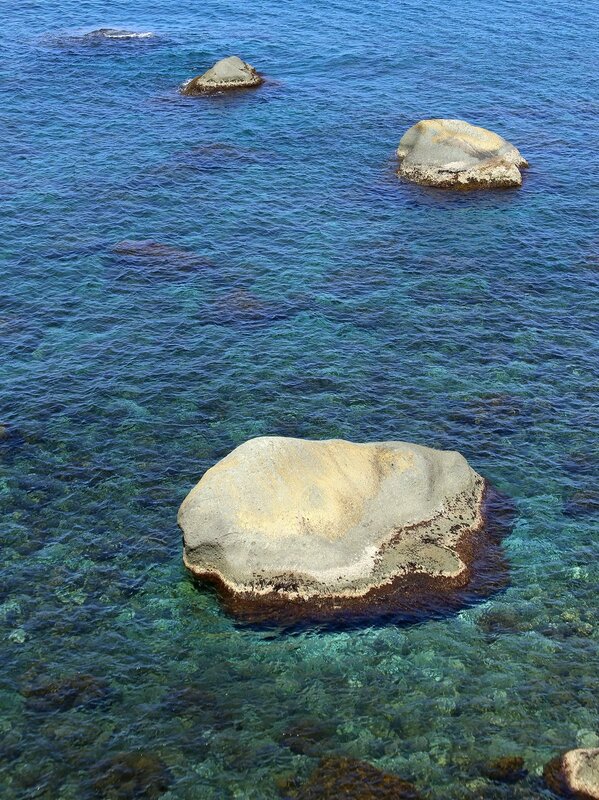 on the West side of the square overlooking the open sea, the sunset from here is possible to observe an interesting optical effect-called "green beam".

on the East side, you can see a panorama of Forio harbour. 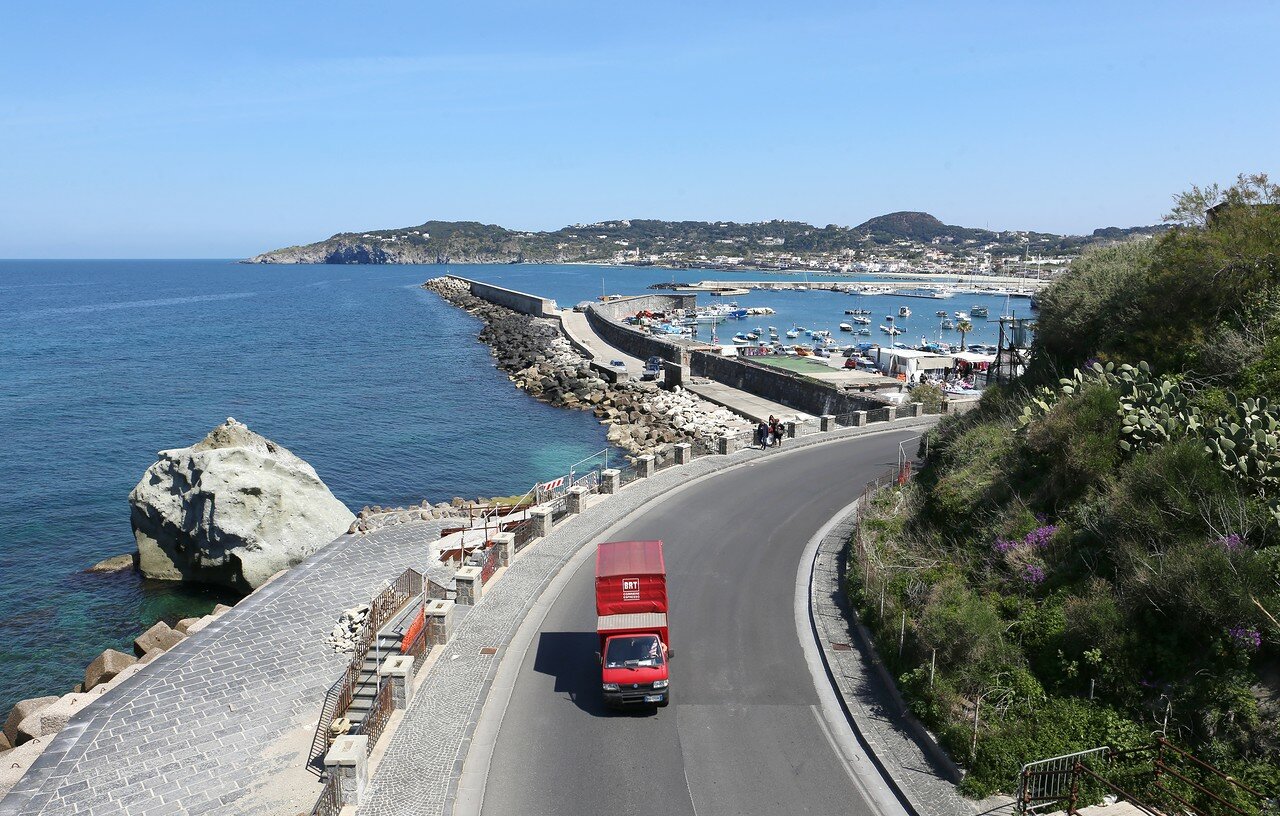 Harbour protected from the sea by a breakwater, this beach of Citara, situated deep in the Gulf, there are no big waves. 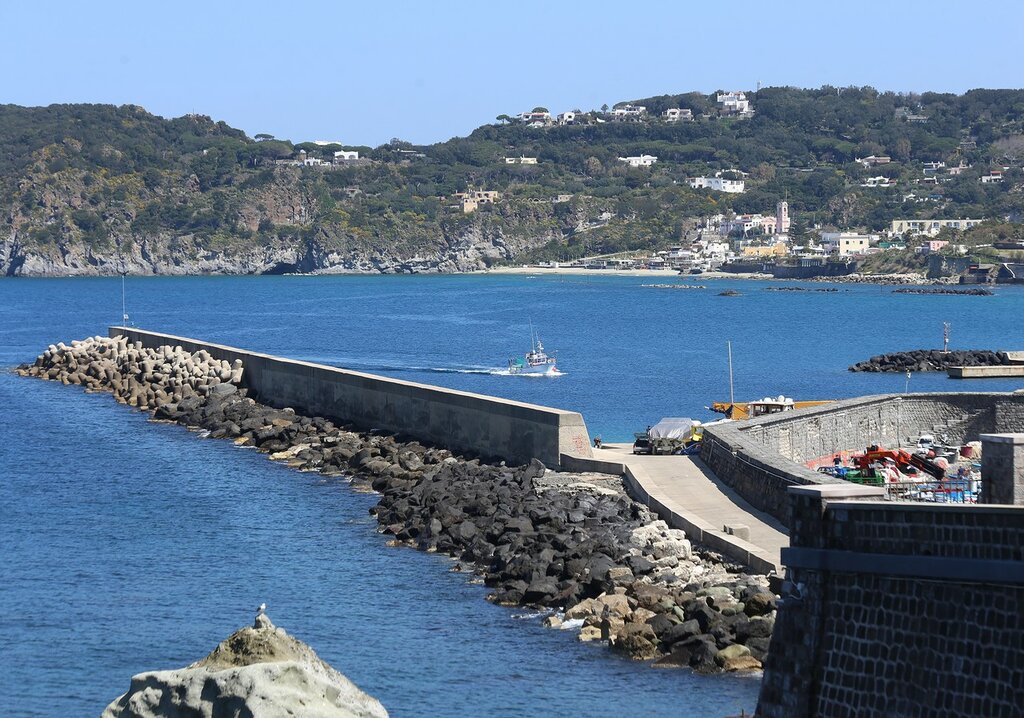 In the center of the square is the building of the municipality of Forio, a former Franciscan monastery, founded in the 14th century. The monastery was abolished in 1866. 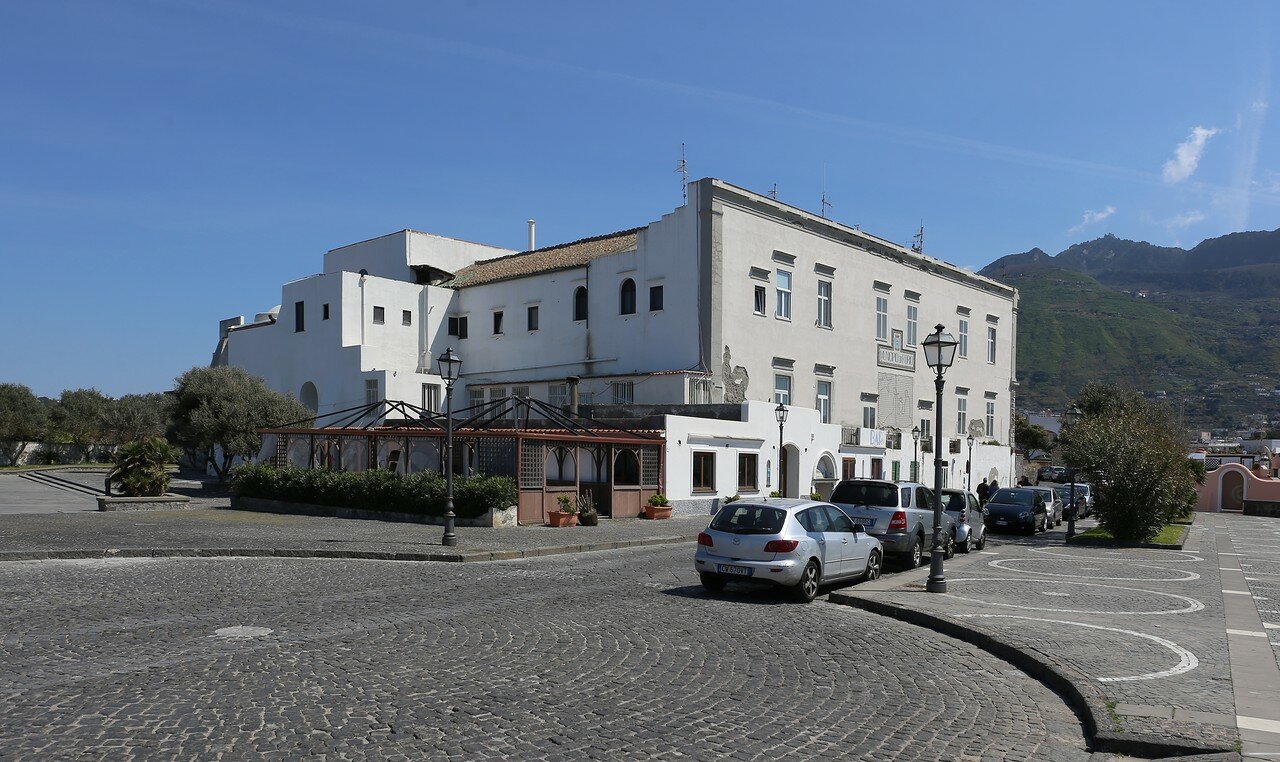 coat of arms shows three green hill, depicting fertility - one of versions, the city name comes from the Greek φόρος which means "fertility". Rose flower - a symbol of confidence in the government. In the old days on the island had a tradition - every year residents brought to the Governor of this flower as a sign of loyalty. 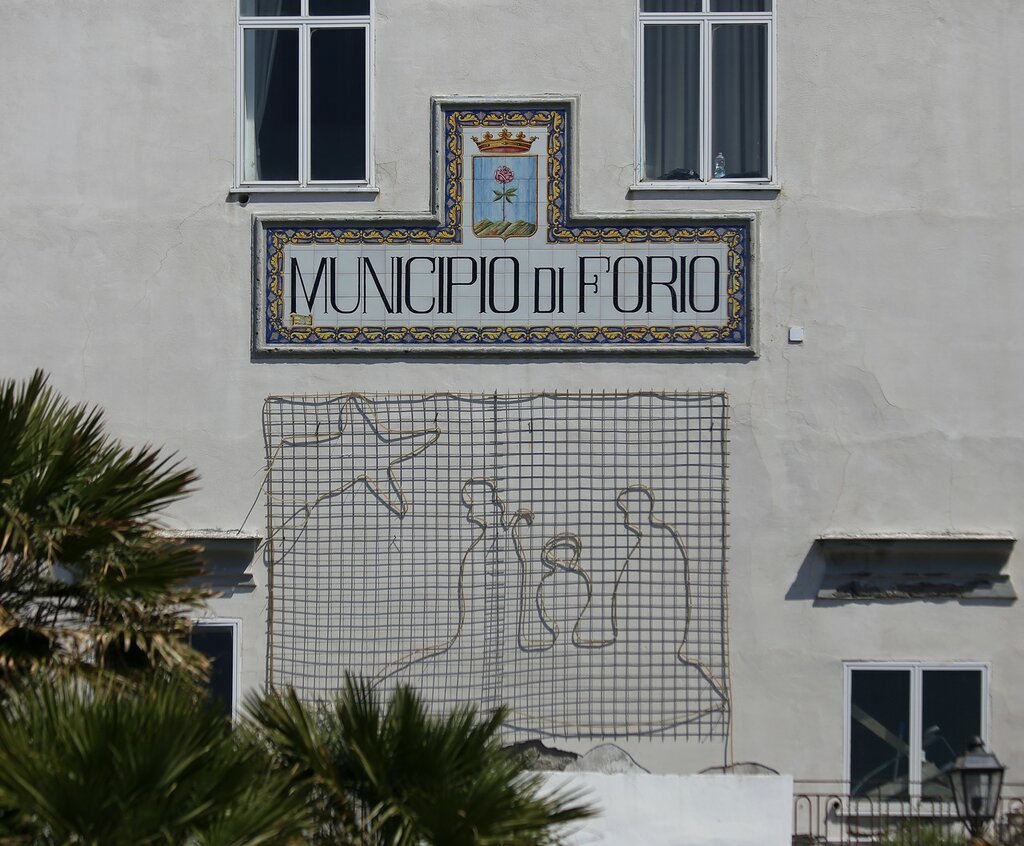 Right to sdany city hall adjacent two of the Church - Francis of Assisi and the Madonna della Grazie. Go to the square, their chancel. 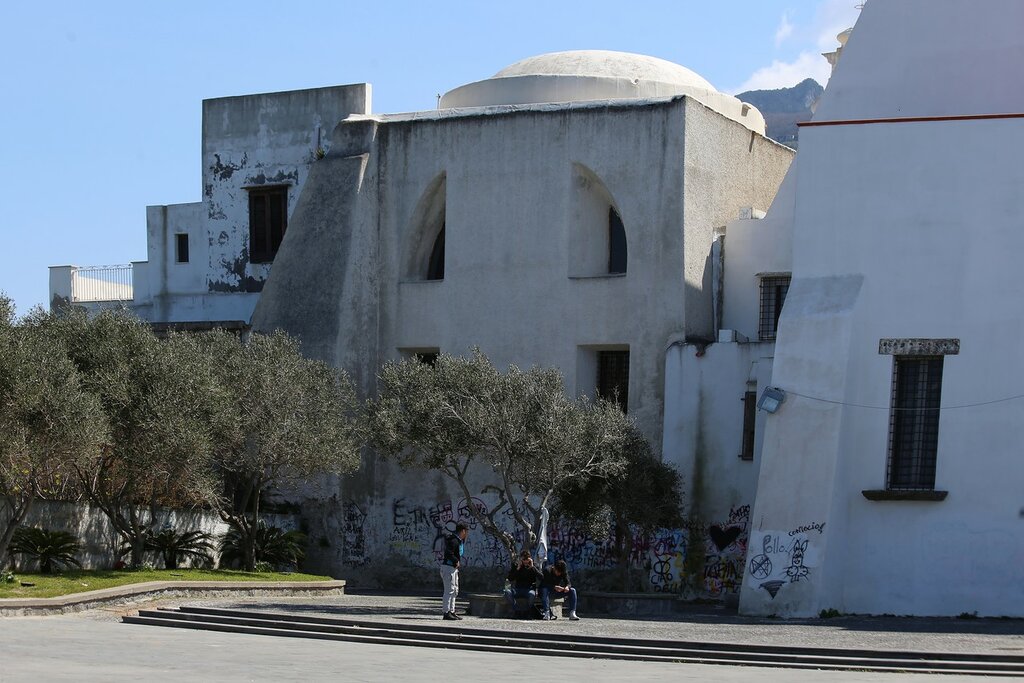 Beating the Church, I got a small old quarter with very narrow streets, where they found children's Academy of Art, Music and Theatre. 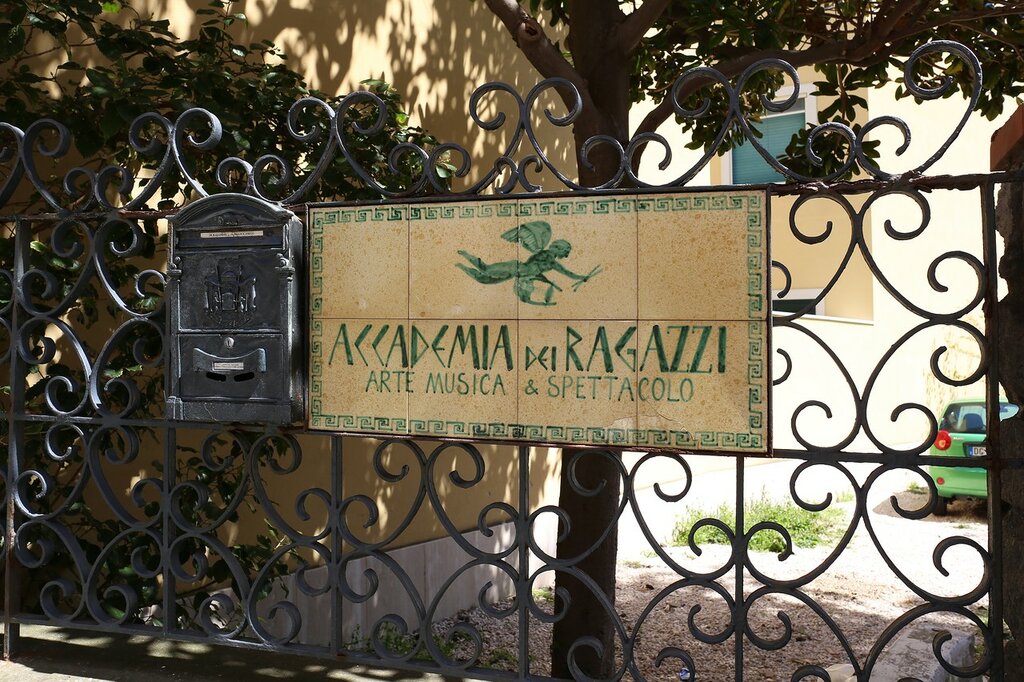 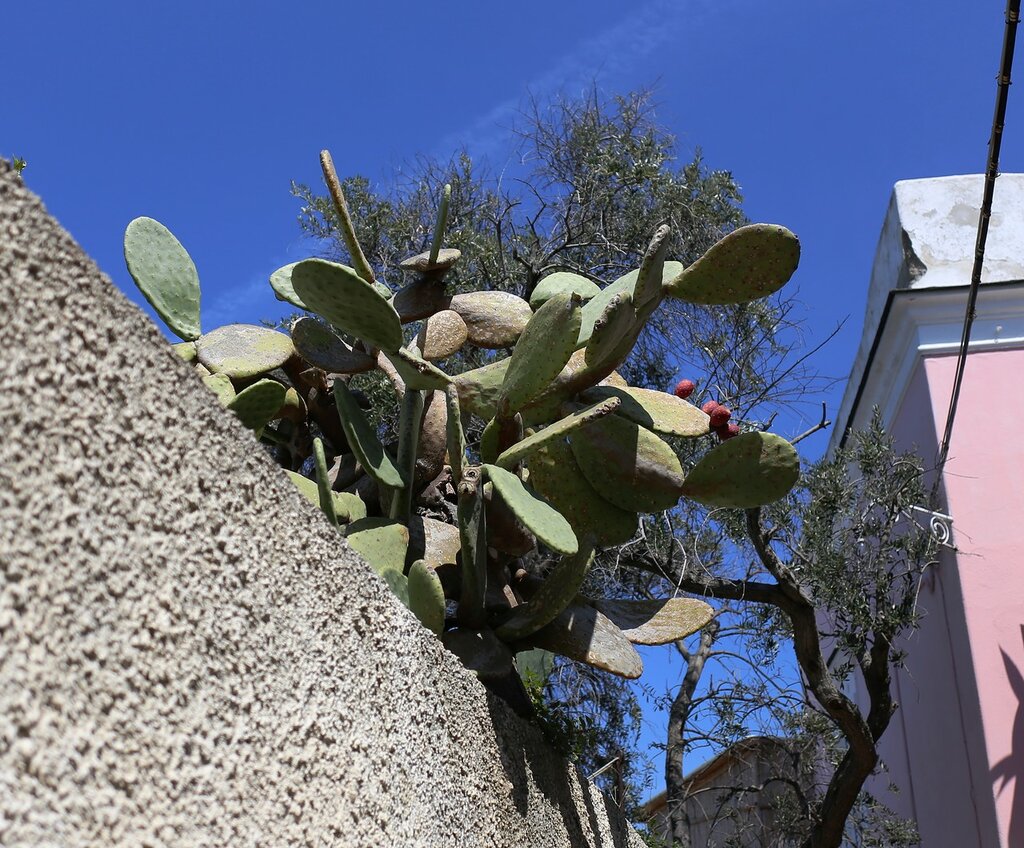 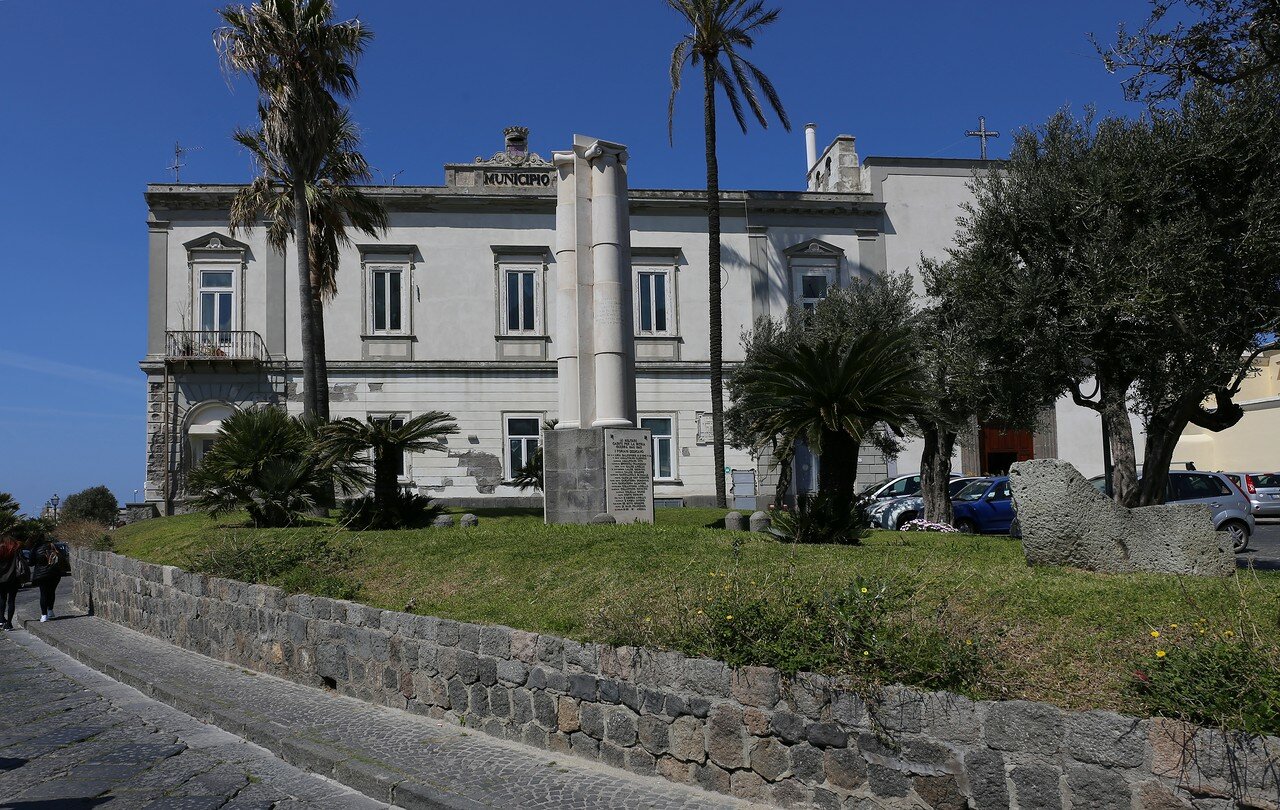 Here we'll see the monument dedicated to the inhabitants of Forio, who died in the wars, and to the right of the hall - portals of the temples above-mentioned. 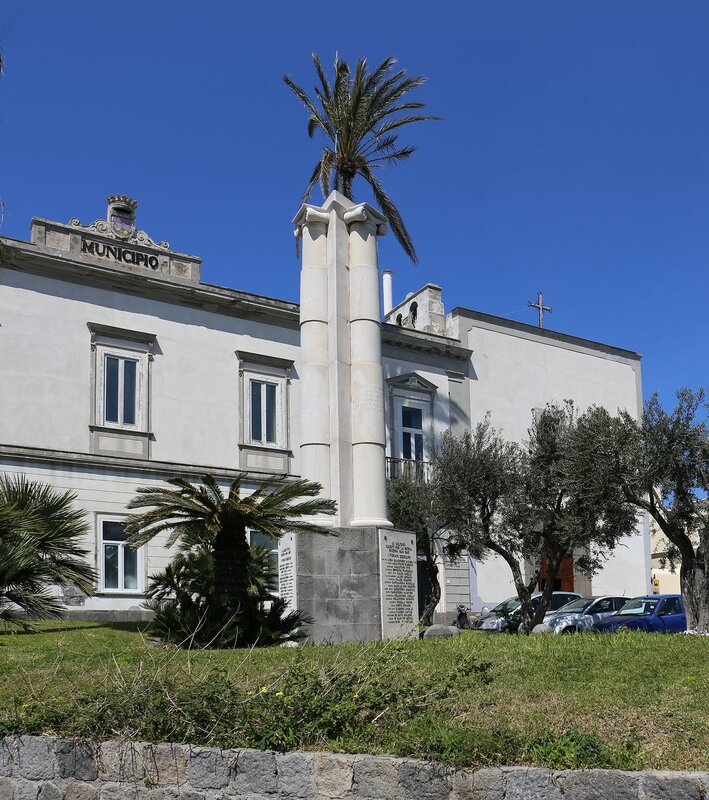