Church of Saint Gaetano in Piazza Medaglie d'oro (on the map) is interesting primarily for its eclectic facade - due to the narrowing towards the top of the buttresses it has the shape of a trapezoid. From the top, in the corners of the two small capstan - Gothic elements, and a gable-belfry decorated with typical Baroque swirls. Front window in the same Baroque form, beneath the portal of grey stone in the spirit of an early Christian Basilica, again, with a Gothic spire to which leads a double staircase. With square, you can look at all of the building, but today it was almost hidden by scaffolding. The facade has nevly renovated view, as well as the interiors. 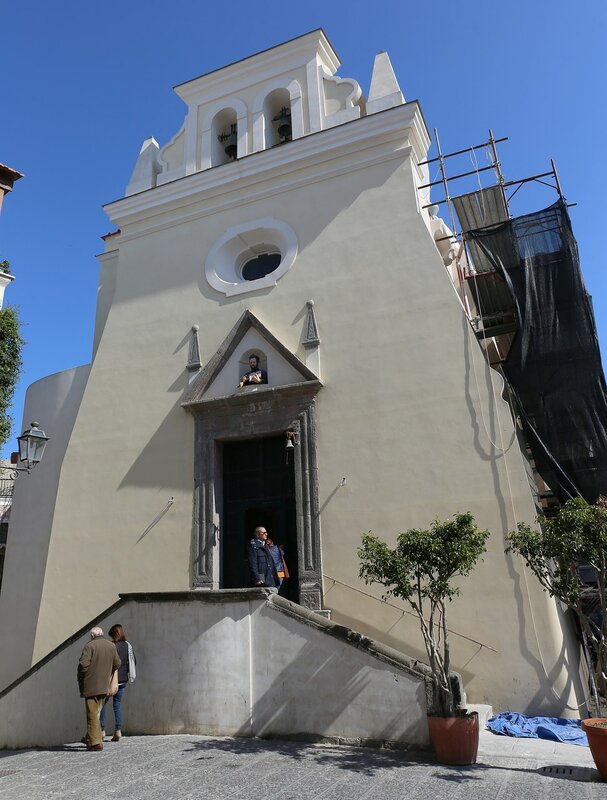 the Church was built in 1655 as a port and because the original was consecrated in the name of the virgin of Portosalvo (Protectress of the Harbor). In this period the vaults were covered with paintings with images of sailing ships and fishing boats. The large Windows in the vault and the drum of the dome, the internal space of the temple is very bright. 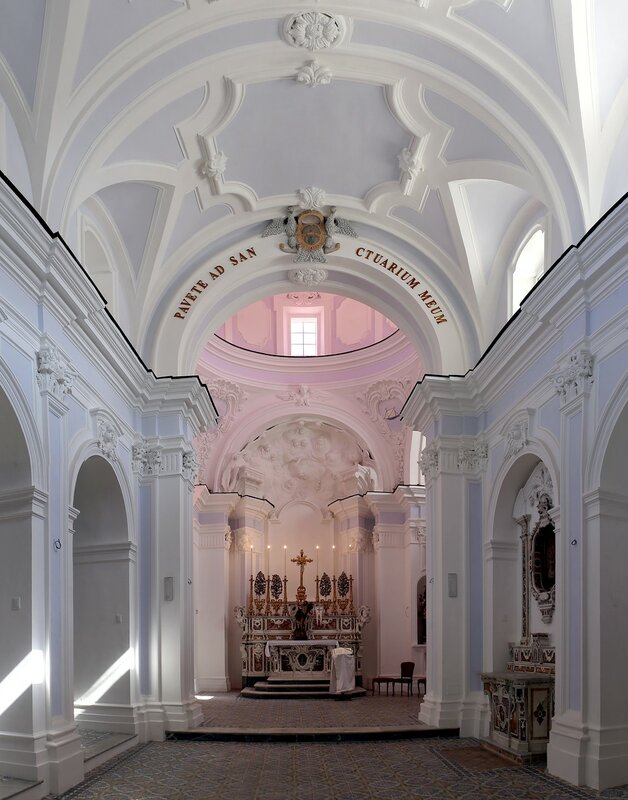 Altar of colored marble with plaster ornaments made by an unknown artist in the 18th century. Then transcept was decorated with two works of local artist Alfonso di Spigna, depicting St Gaetano and the blessed virgin, written in 1764. The Church was completely rebuilt in 1857, having received a decoration in the Baroque style and was re-consecrated in the name of St. Gaetano. 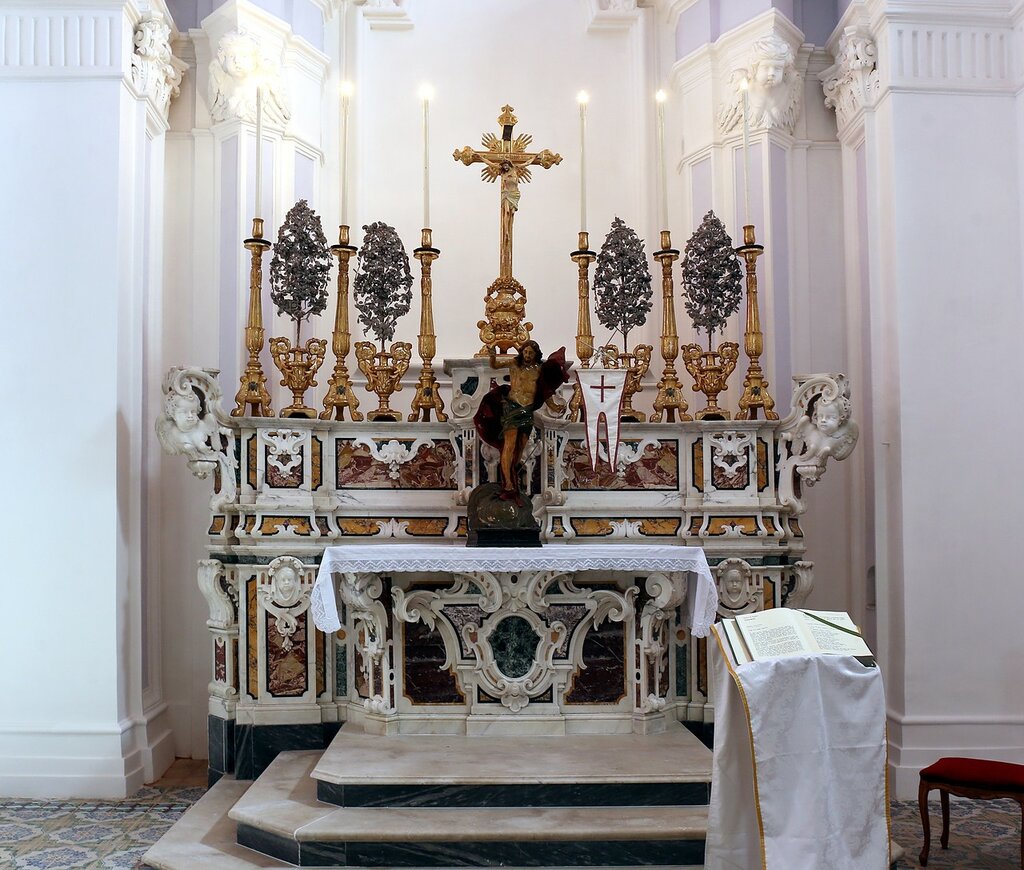 On the right wall you can see a picture depicting the patron Saint of the island of Ischia, John Joseph work also Alfonso di Spigna. 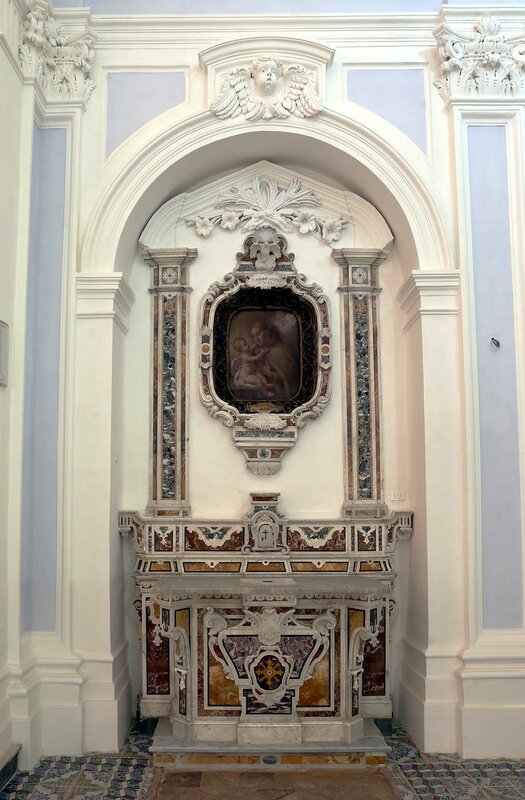 In an alcove to the right of the entrance is a wooden sculpture of the Madonna of the rosary 18th century. Worthy of attention and the floor of the temple, lined with patterned ceramic tiles. 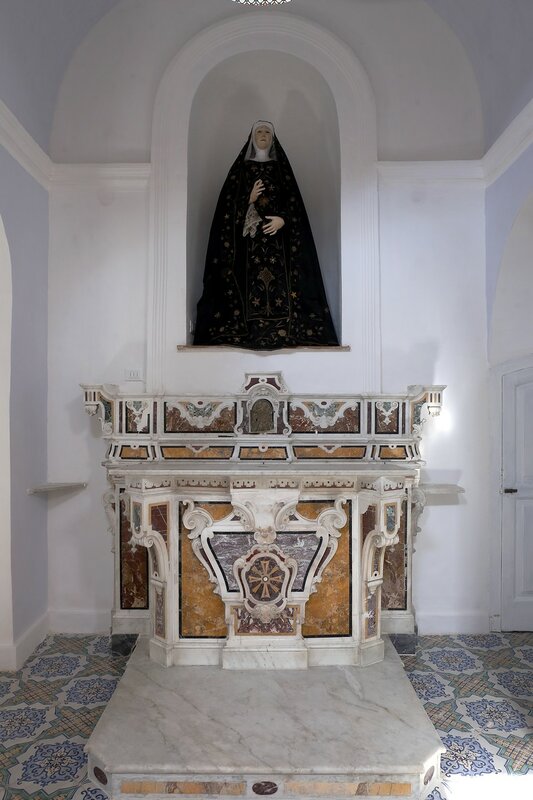 in front of the entrance, a crucifix modern works, such works can be seen in other temples of Forio. 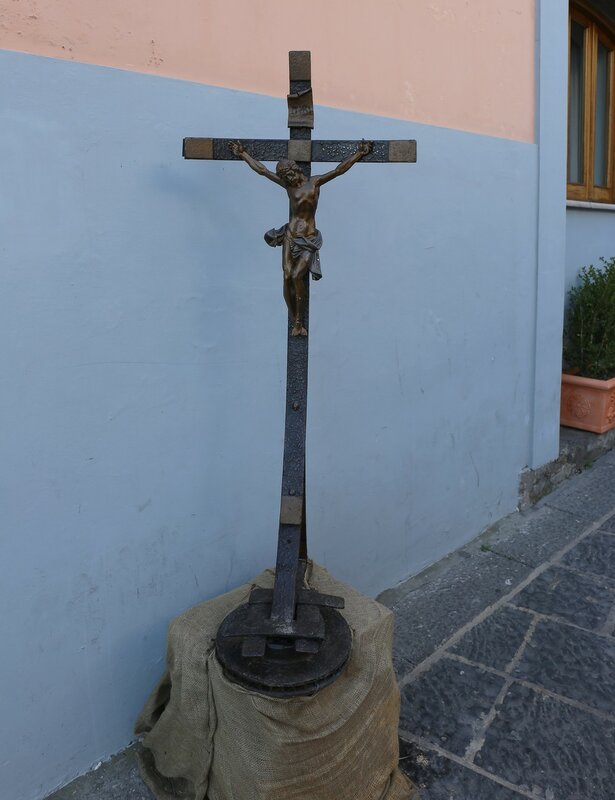