To the Right of the Loreto Basilica is modest and inconspicuous portal of a small Church, founded in 1585 in the name of the assumption. 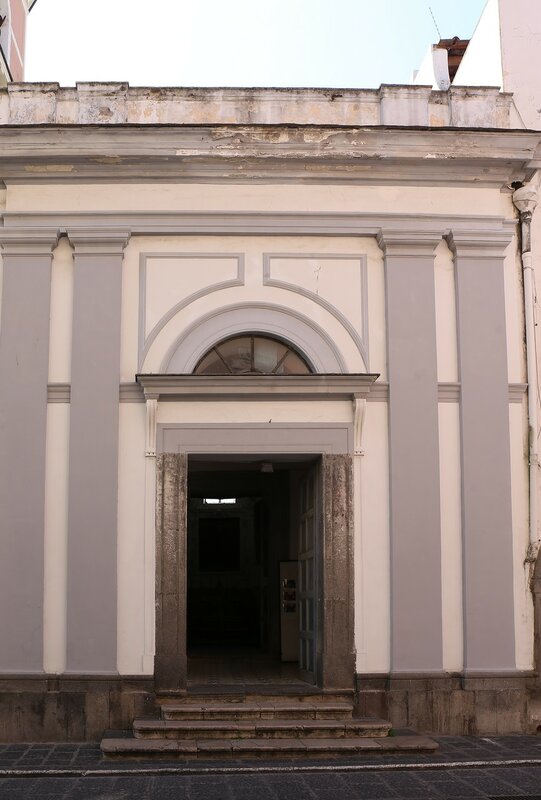 the Original building was a very small square chapel. Now here you can see a photo exhibition of the history of the temple and some rarities. Round Board tells the story of the involvement of the base of the temple of Pope Pius XI and other high-ranking officials. 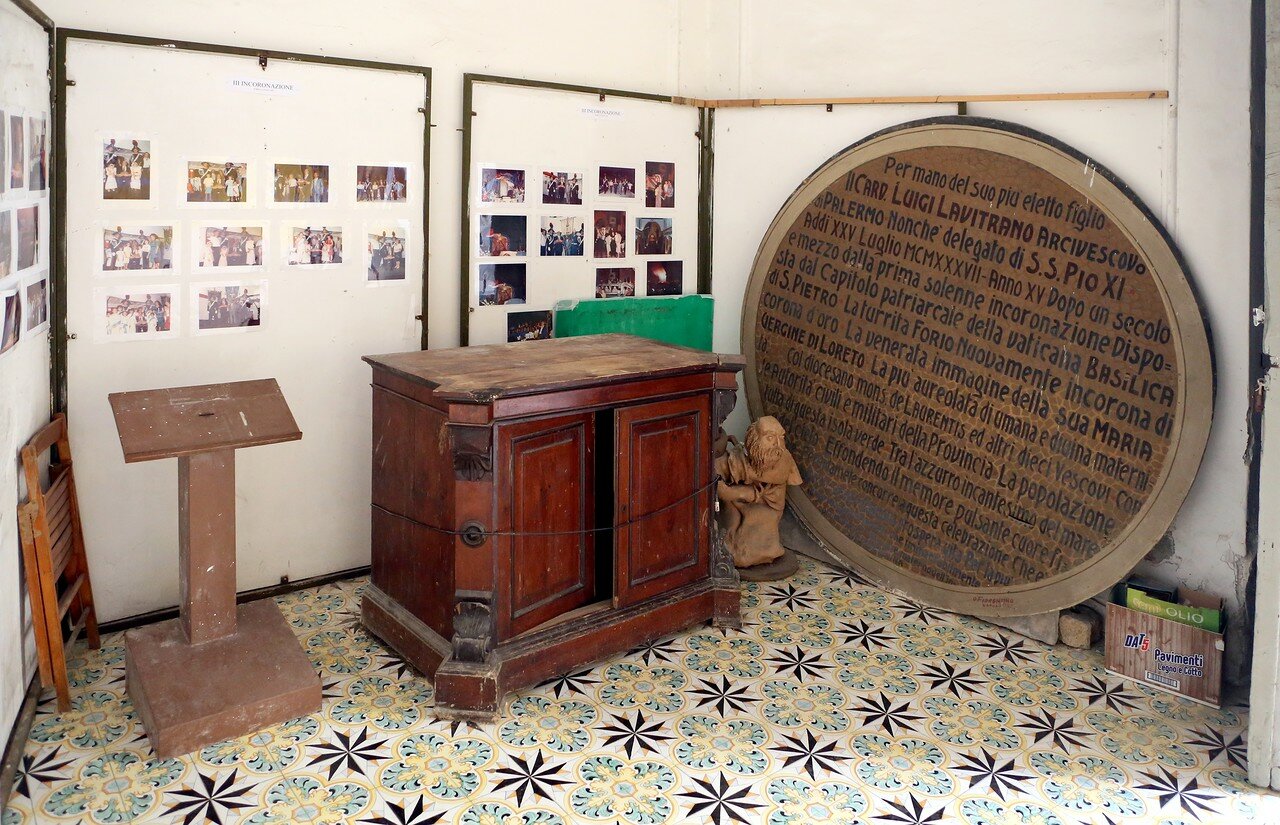 In 1774, the chapel was significantly expanded, thanks to which a new nave with high vaults, and the old chapel became the vestibule. 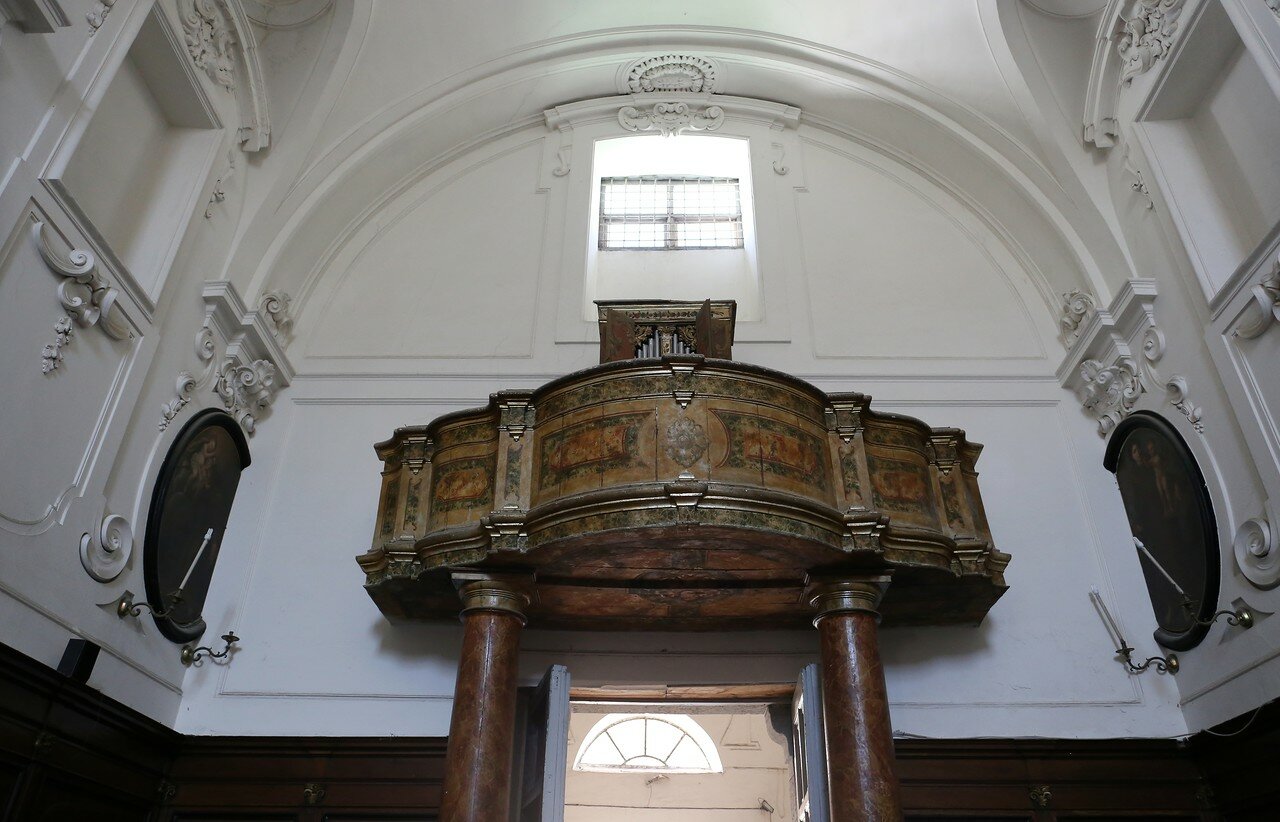 In 1789, the walls were decorated with stucco work, and eight oval paintings. Paintings depicting scenes from the life of the virgin, painted by the Neapolitan artist Severino Galante. 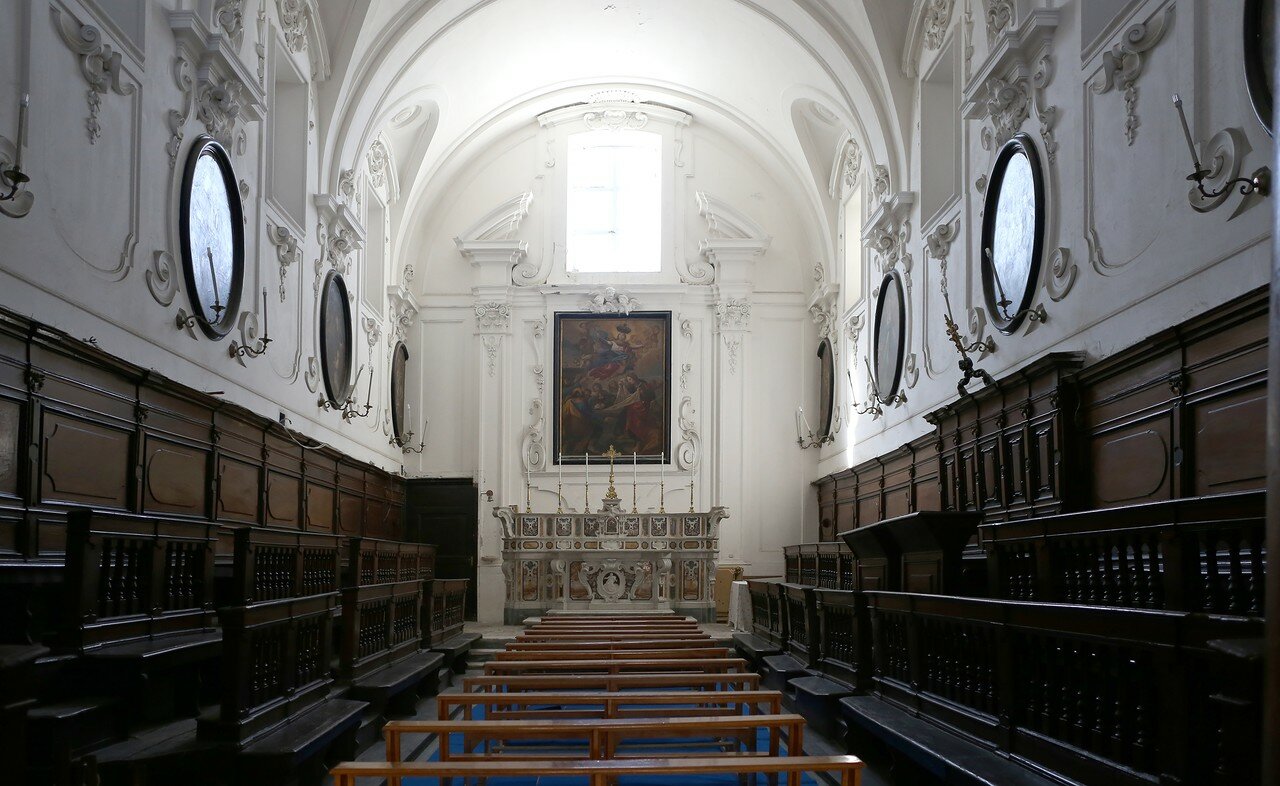 After the restructuring of the chapel received from the Loreto Basilica of the common wall now from one Church to another through a narrow secret door. 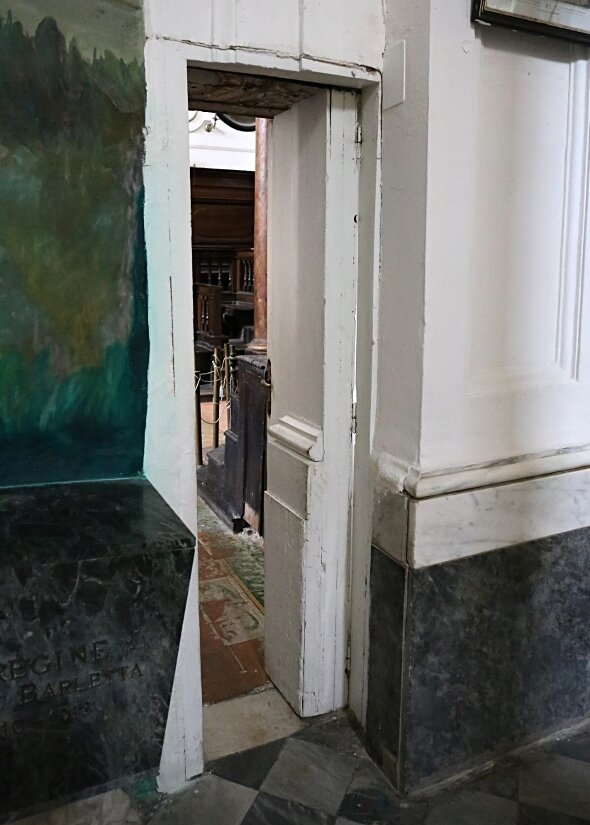 Altar is decorated with painting depicting the assumption of the virgin. The artist D Aloisio borrowed the plot from a painting of Annibale Carracci, 1609, located in the chapel of Santa Maria del Popolo in Rome. 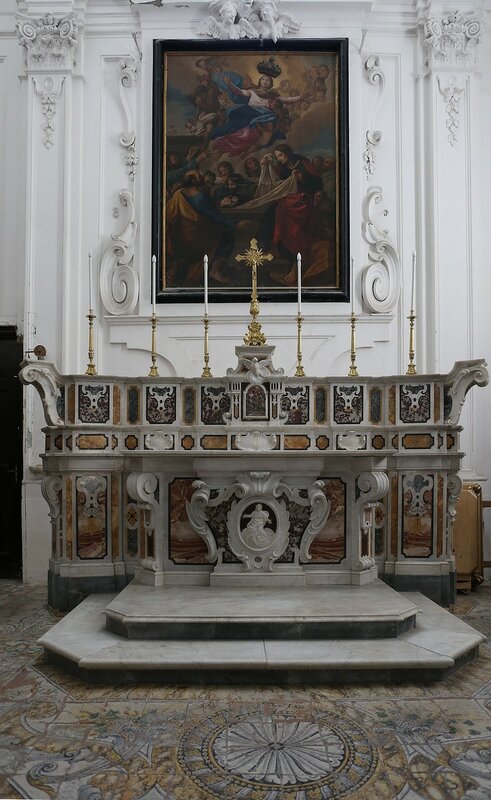 1831 year, the temple came under the tutelage of Brasta Loretta, segregation, preaching charity and helping the poor. Along the side walls was built a wooden three-tiered choirs. 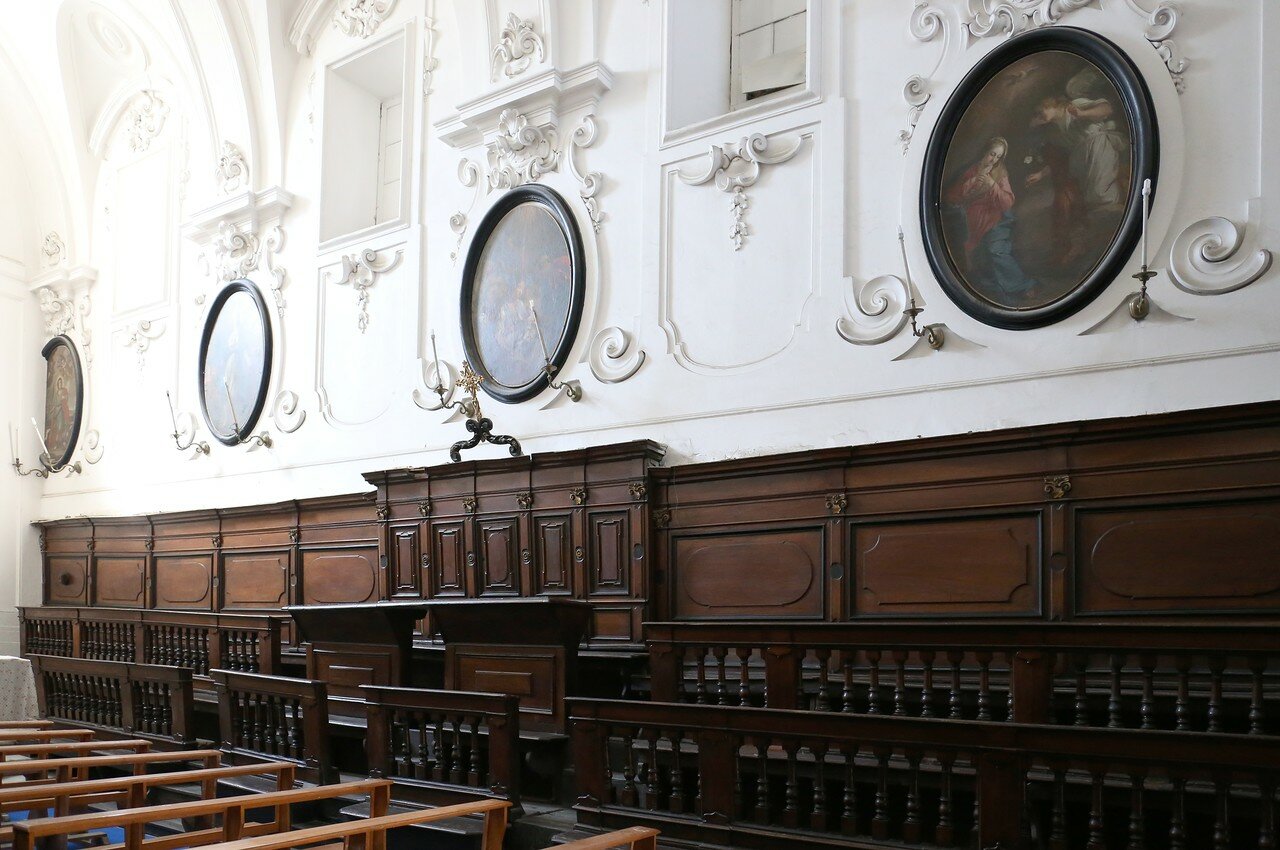