The first architectural monument seen by tourists arriving on the island by high - speed vessels is the port Church, a strict neoclassical building, in front of which there is a statue of Christ the Redeemer (on the map). 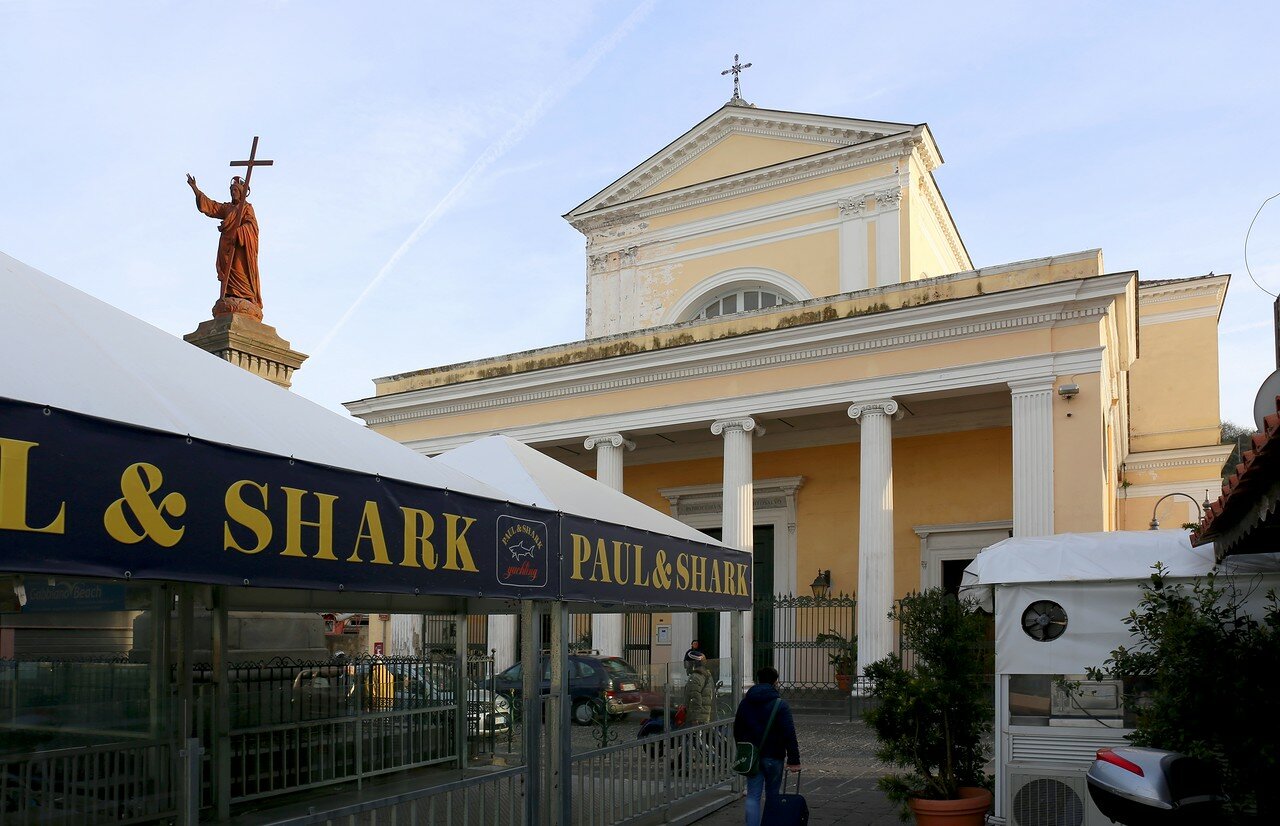 Unfortunately, the view of the temple and monument is disfigured by the canopies of the berths of NLG (I must admit that at first I thought that the high-speed vessels plying the Bay of Naples belonged to the firm Paul & Shark, they are so plastered with logos of this brand). I couldn't find a better angle. Perhaps, in winter, these booths are cleaned. 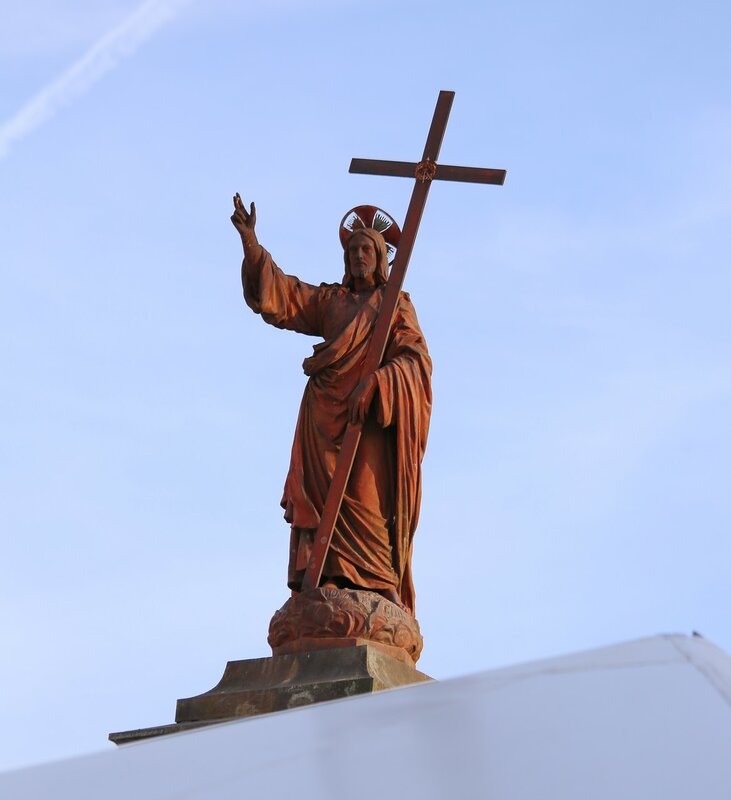 The facade is decorated with a colonnade in the style of Greek porticos, and the entire appearance of the building is influenced by ancient Greek architecture. 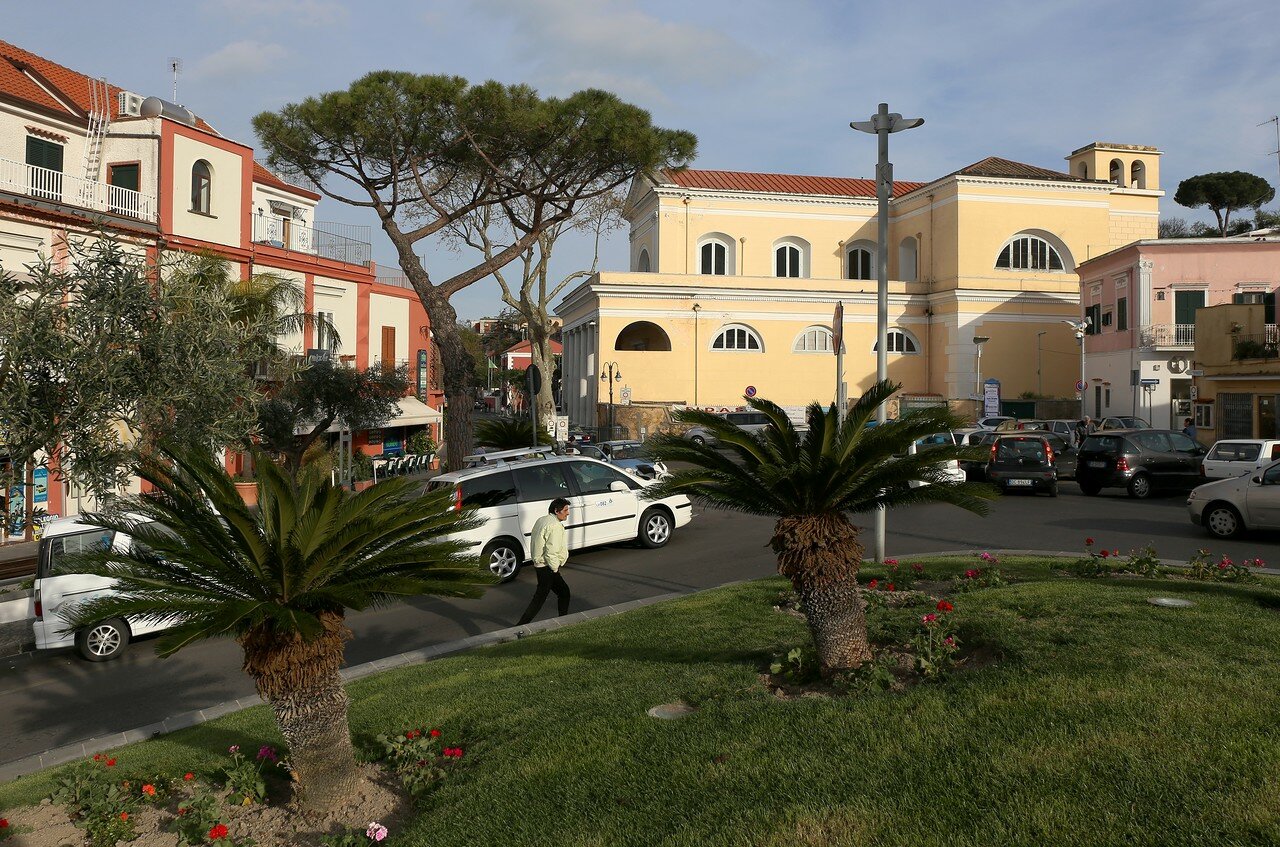 The Foundation stone of the temple was laid on the opening day of the port, September 26, 1854. Like the port, the Church was built at the expense of the Bourbon Royal family, which actively financed the development of the island's infrastructure, the initiative of building the temple belonged to the wife of Ferdinand II. 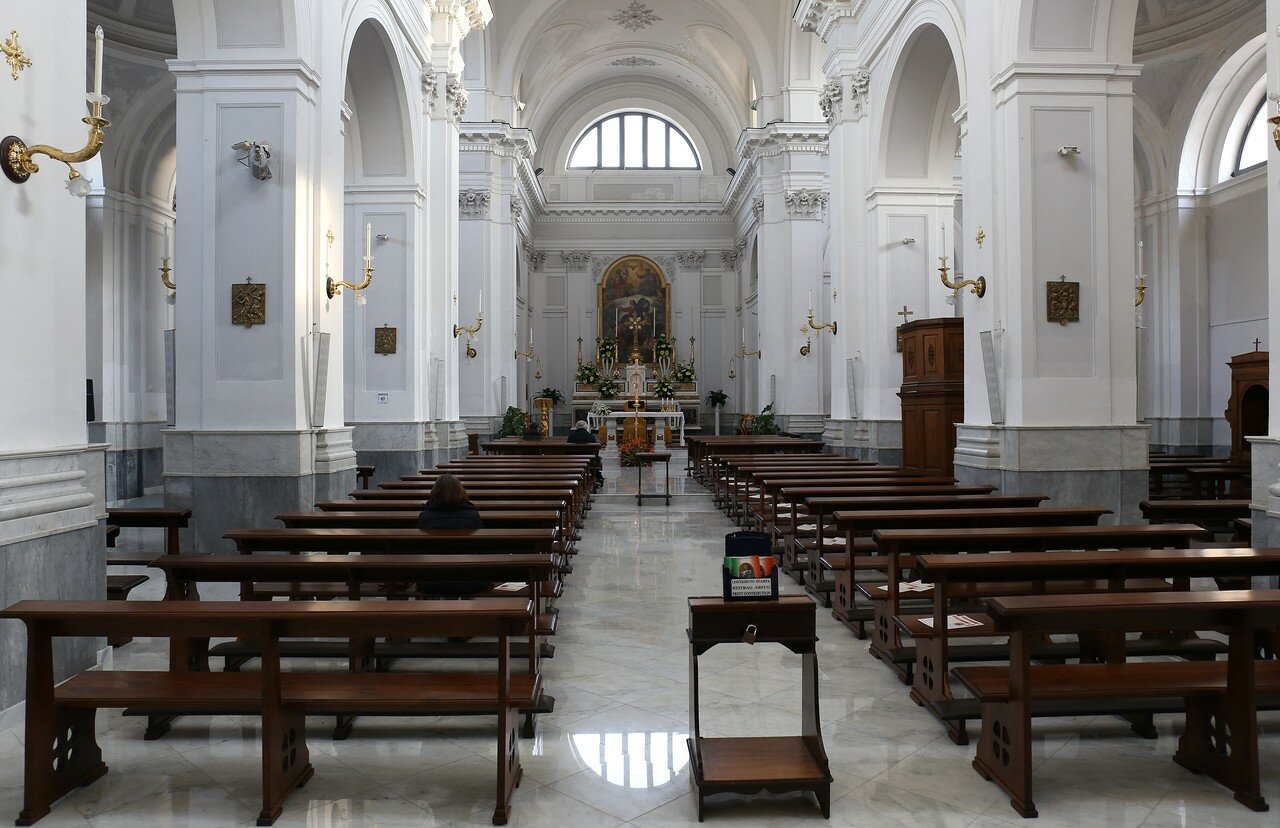 The Church was opened on July 19, 1857, although the construction was completed a year earlier. The event was arranged with great pomp, for this purpose two pavilions were built in front of the building for distinguished guests - one for king Ferdinand II of Bourbon, the other for Bishop Felice Romano and the clergy. 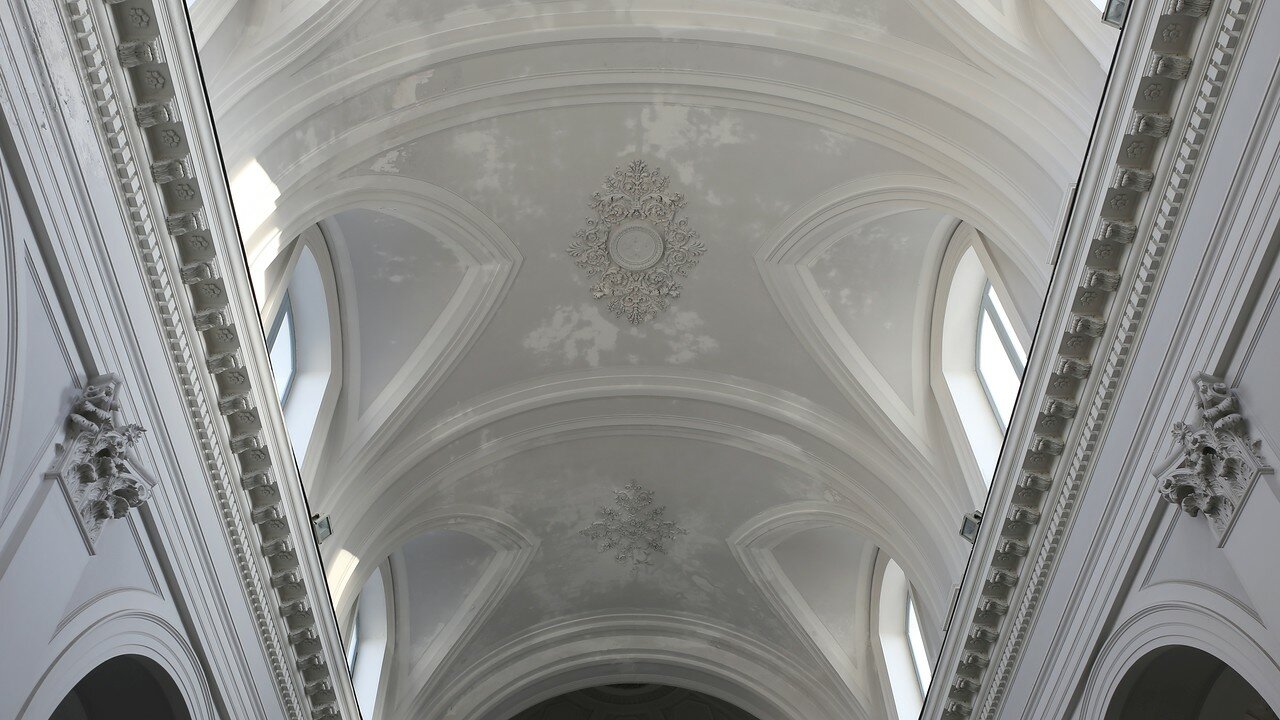 The Church was consecrated in the name of the virgin Mary of Portosalvo, which can be translated as"guardian of the port". 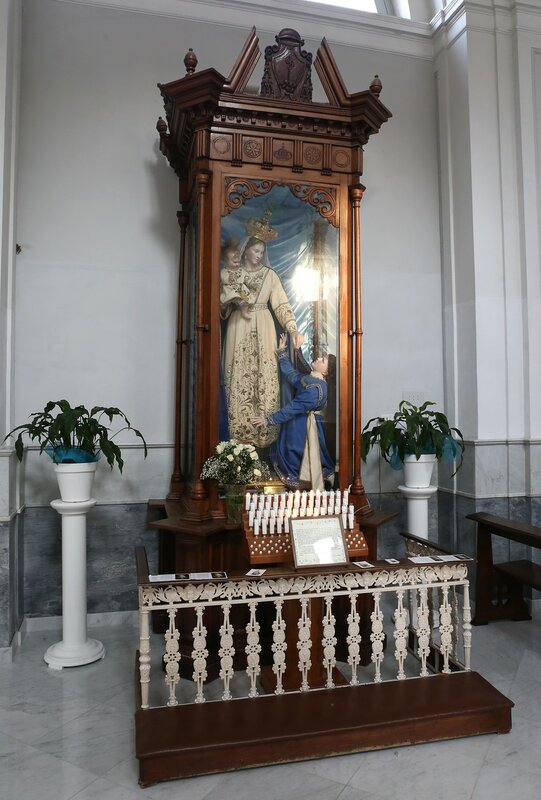 The Church in the plan has the form of a Latin cross, has three naves and three altars. 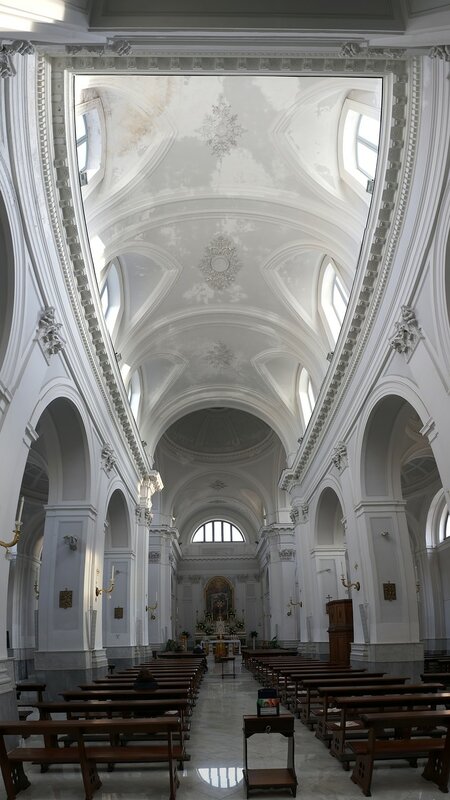 All three altars are decorated with Neapolitan paintings of the 19th century. The canvas of the main altar depicting Saint Mary of Portosalvo is the work of the artist Vincenzo De Angelis (Vincenzo De Angelis), his own brush belongs to Saint Judas Thaddeus in the left altar. 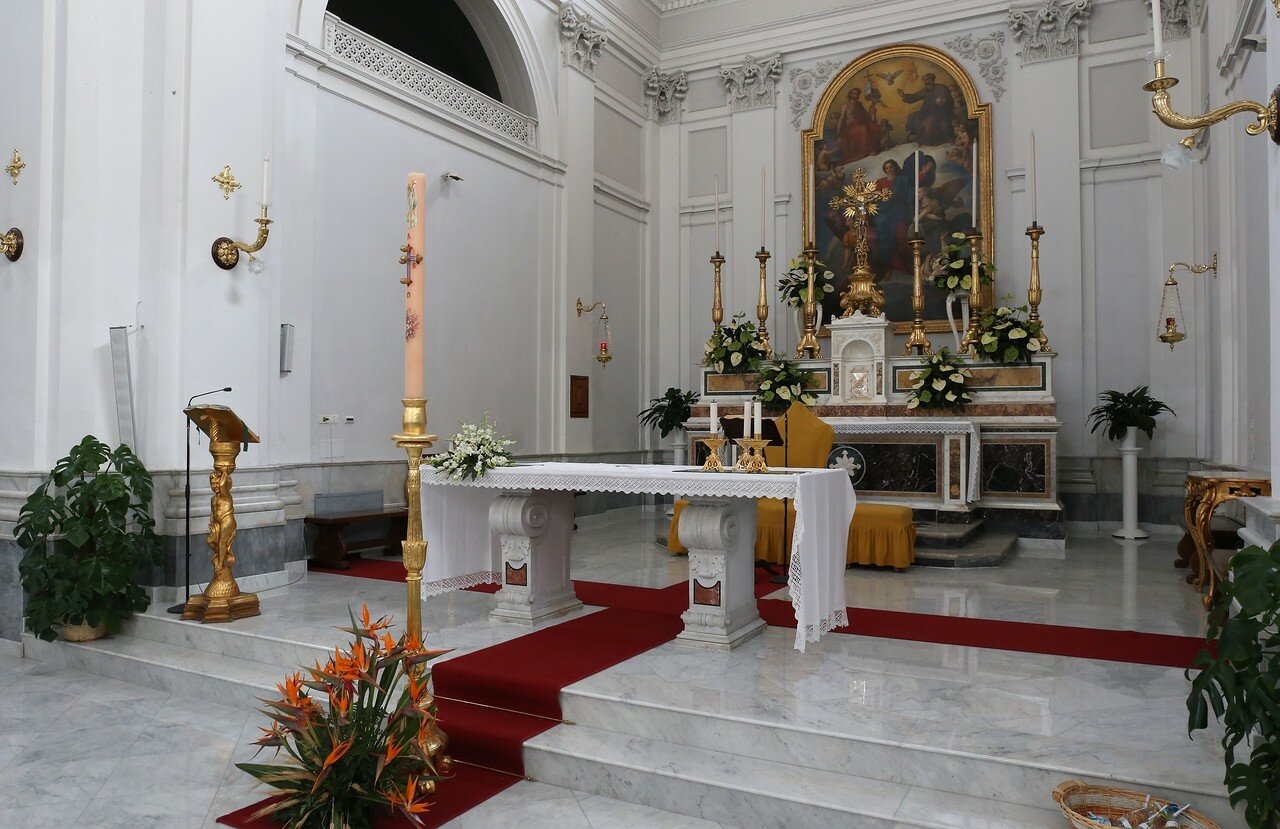 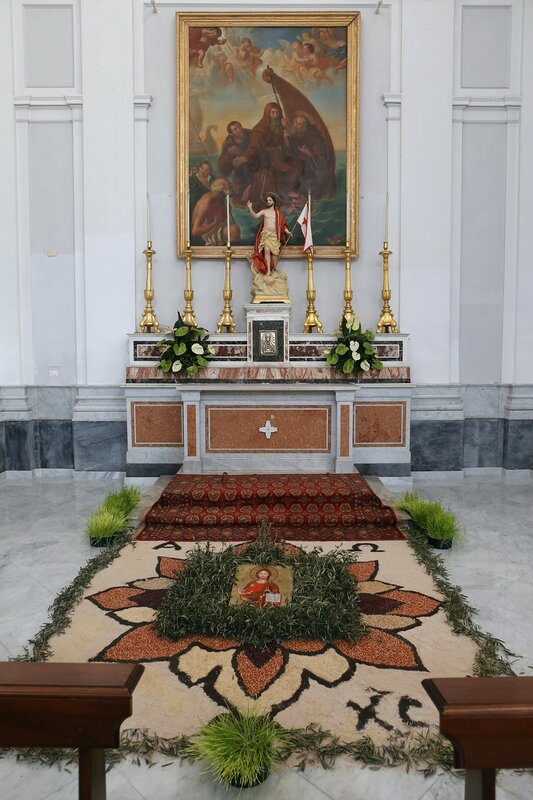