The slopes of mount Epomeo from ancient times served as a refuge for the local inhabitants from the frequent raids of the Saracens. Chronicles mention of the strengthening near the top that existed before 1465. The Church, dedicated to St. Nicholas of Bari (See di San Nicola) was carved out of porous volcanic rocks in 1495. 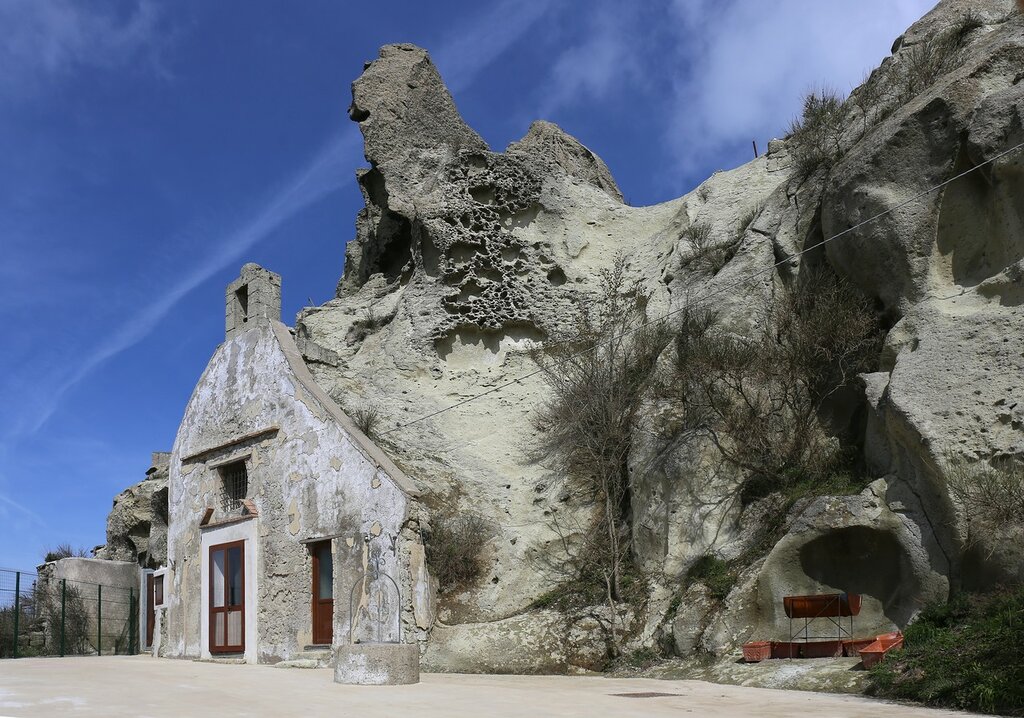 First hermit dwelt near the summit about 600 years of our era, and the most famous inhabitant of Monte Epomeo became captain of the Aragonese castle D Argout (D Argout , died 17 August 1778). During the pursuit of the two deserters (according to another version - rapists), overtaken them near the top of Monte Epomeo, suddenly fell from his horse. Death at the hands of criminals was imminent, and the captain cried out for salvation to St. Nicholas. A miracle happened - the shots of the deserters did not cause him any harm, the criminals were arrested. D Argout, after retiring, took a vow of seclusion, and dwelt near the place of his miraculous rescue. By his own efforts a small chapel was extended and acquired a modern look. 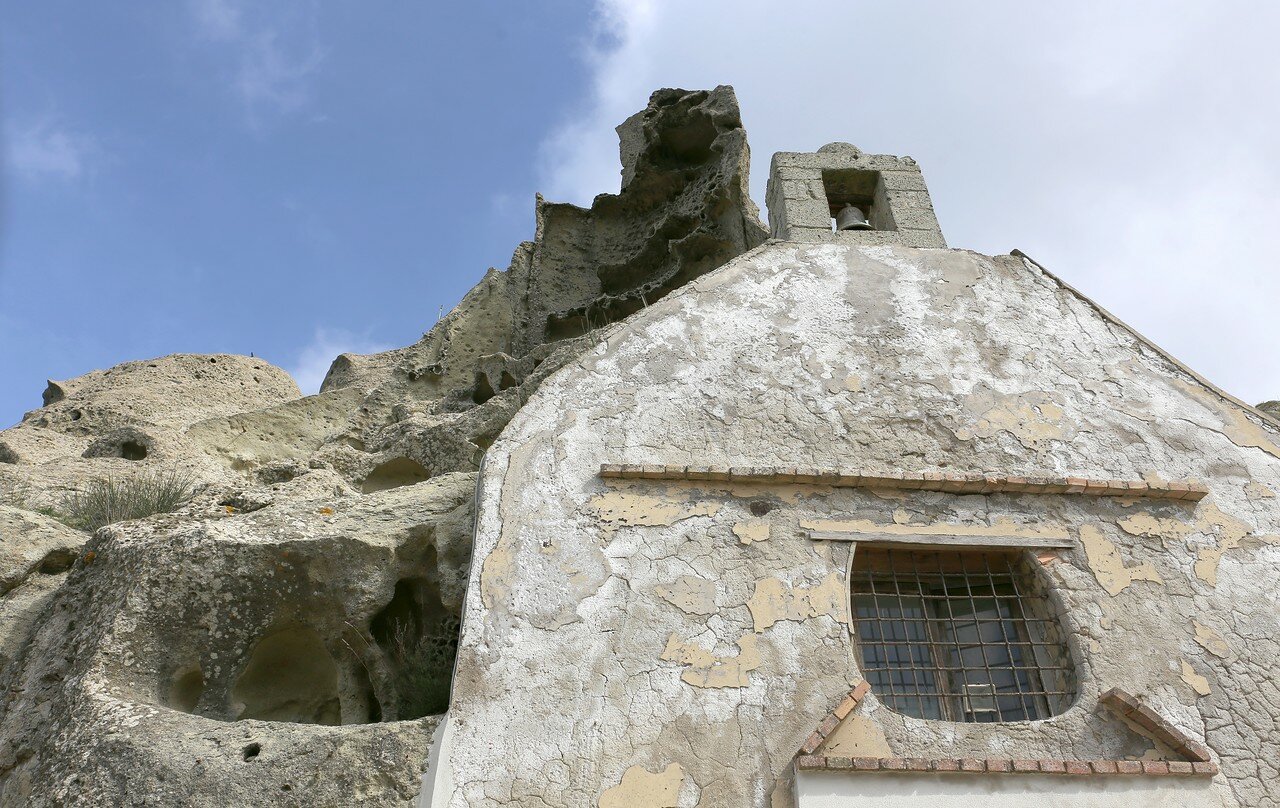 In 1587 kvarda of Beatrice (Beatrice Quadra), widow of the Governor of the Chateau d Avalos (D Avalos became famous during the war with France, not having passed the castle of Ischia, Charles VIII, who seized all the Kingdom of Naples), founded near the Church of the monastery of St. Clare. In 1575, were built cells, where he settled 40 nuns came from noble families. However, nuns have lived here for a short time - harsh conditions adversely affecting the health of the novices, and the monastery soon moved to the Aragonese castle. 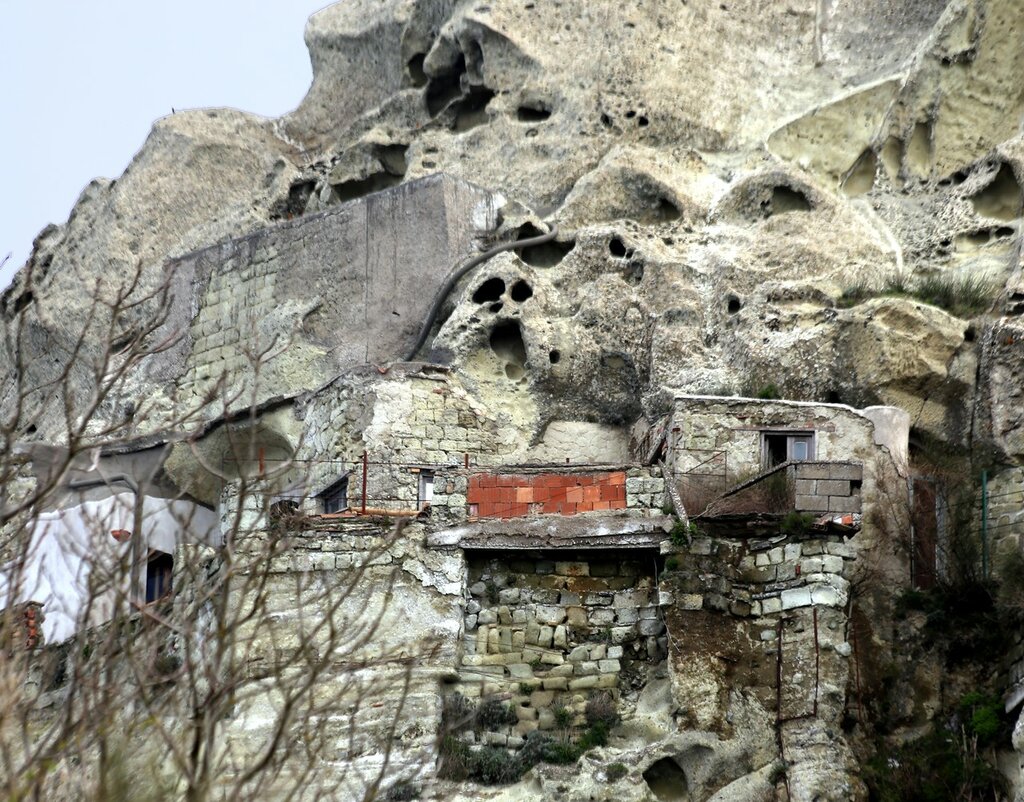 Now one of the buildings of the monastery is occupied by a restaurant. 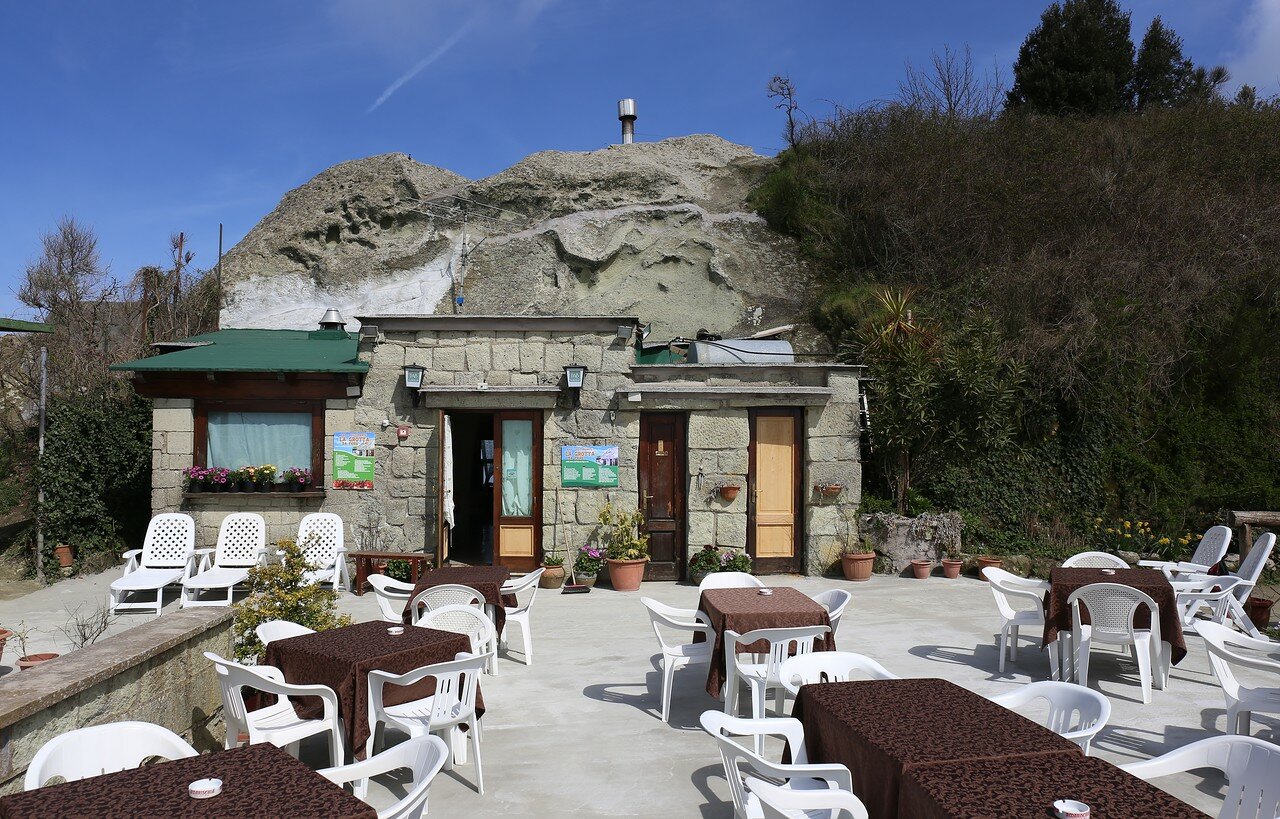 the School was already open, and I freely went to the terrace, perched above the cliff. 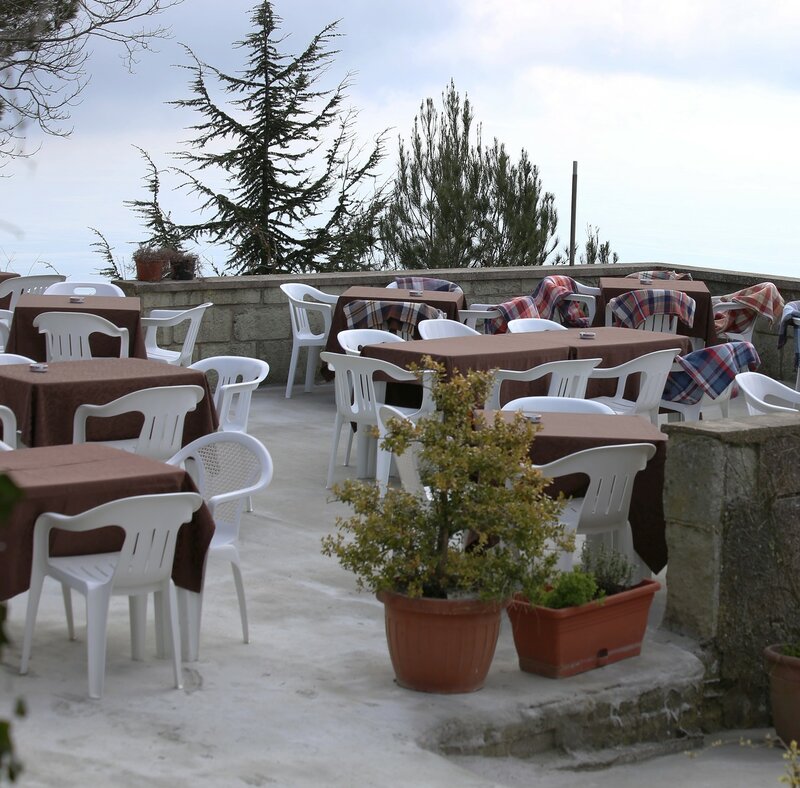 the terrace offers a breathtaking panorama of the southern part of the island.

on the Left you can see (if you have good zoom or binoculars) slopes covered with slices of terraces with manicured gardens. 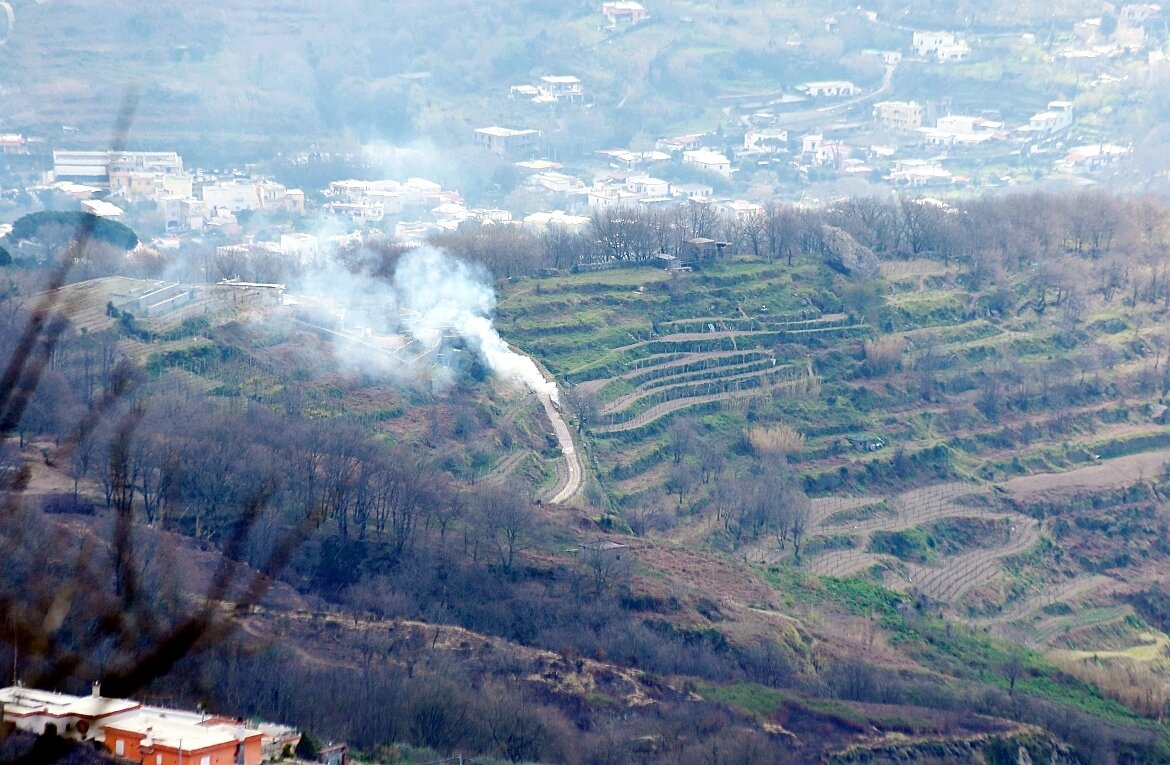 to the Right you will find the town of Barano (Barano d'ischia). 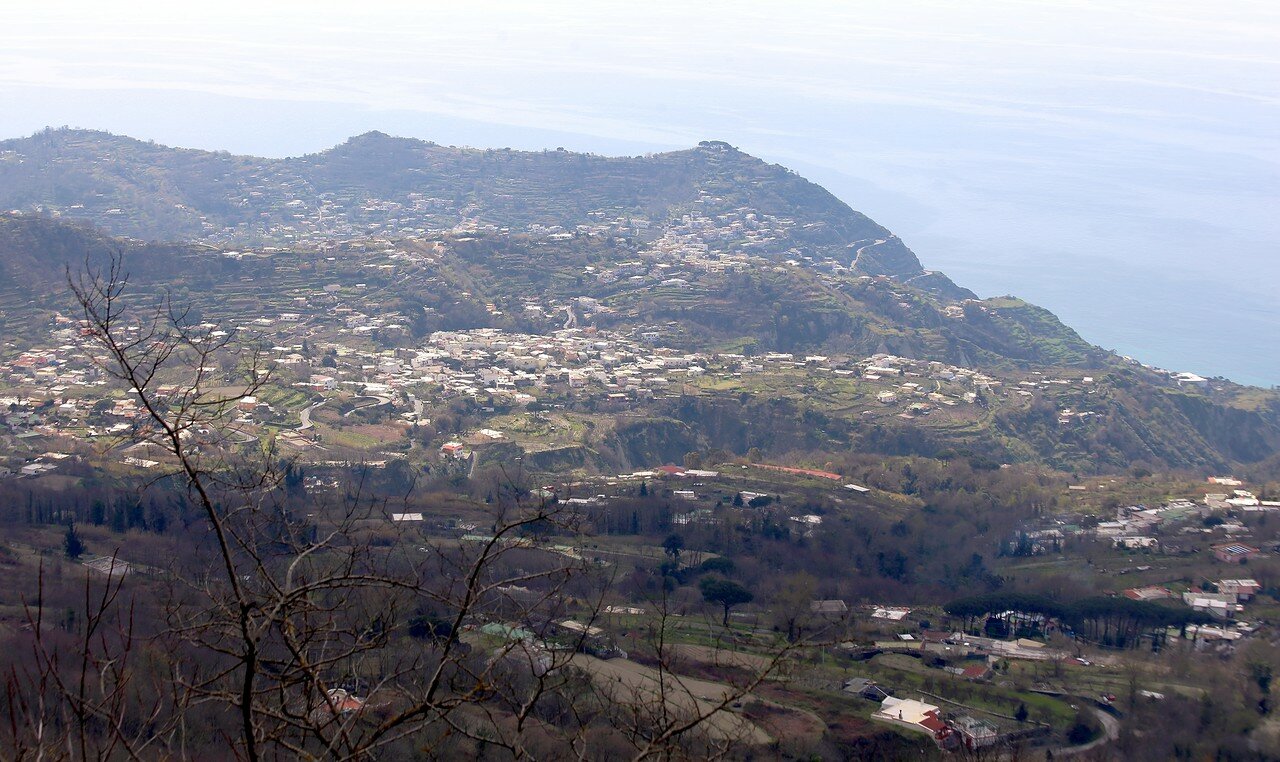 at the Bottom - lots of farms. I remember in my first visit to Italy on a group tour, the guide talked about the lazy inhabitants of the South and abandoned farms. How could I verify on this trip, it's stories can again be attributed to the section "the myths about Italy". 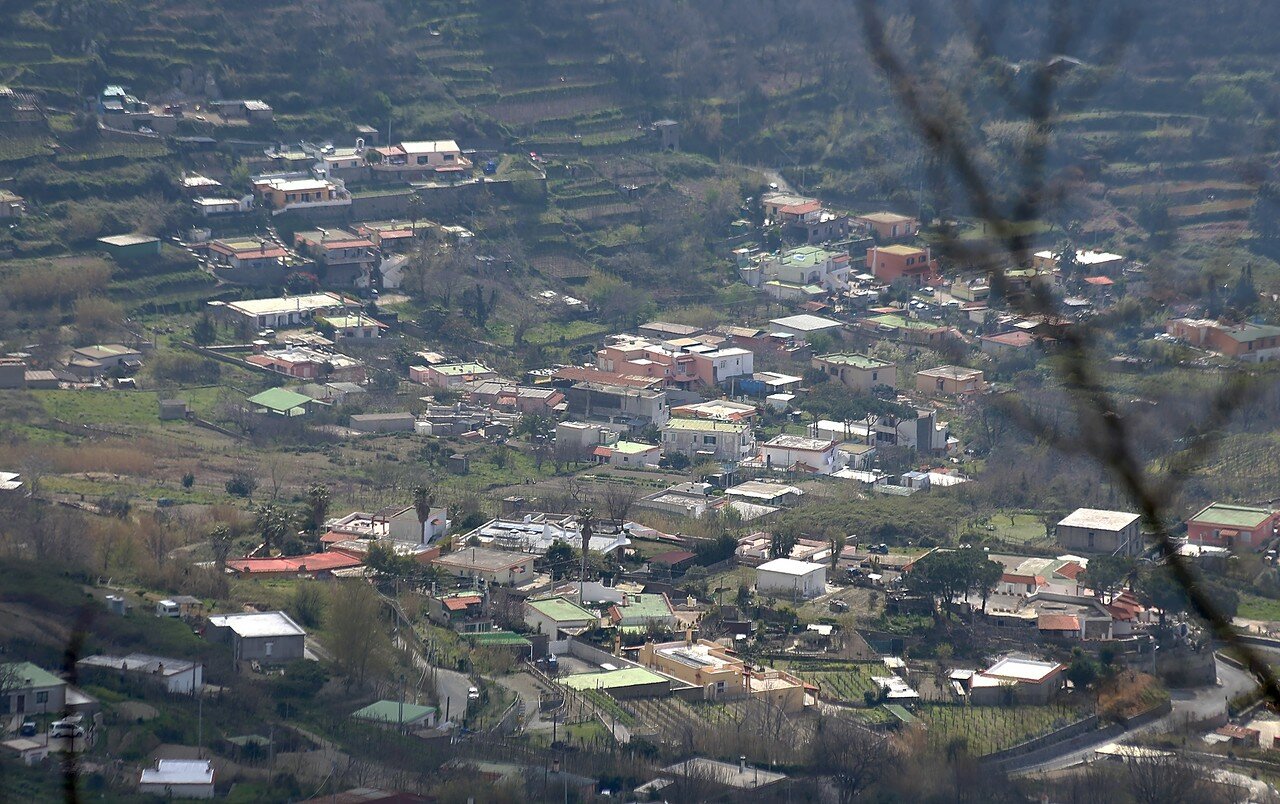 Other wing of the former monastery, is a small, exclusive hotel. Guests are situated in the old cells, guaranteed stunning panoramas of the island and an unforgettable view of the sunrise. 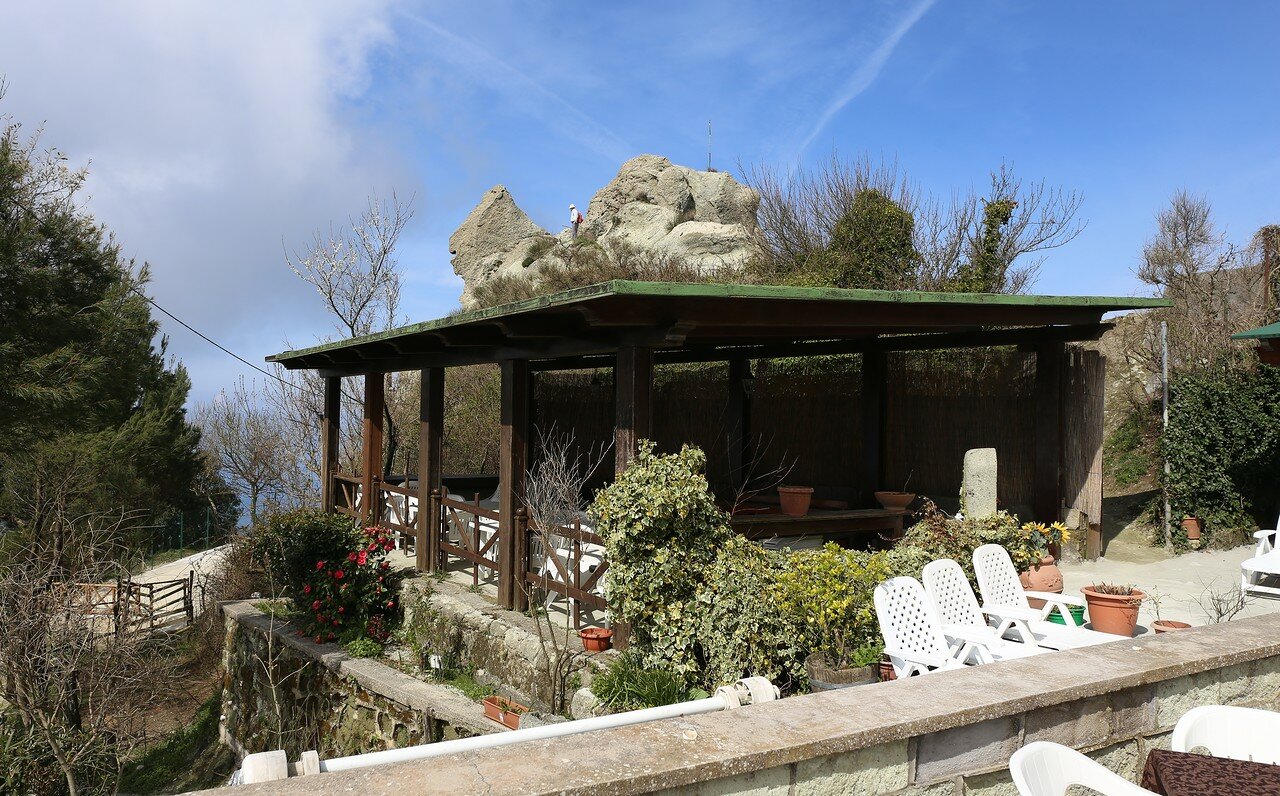 sorry, the Church was closed. Through the glass door to look inside, too, failed - they were still alone, with blind doors. Just had to look at the top of the mountain and, having overcome fears, to go in there. 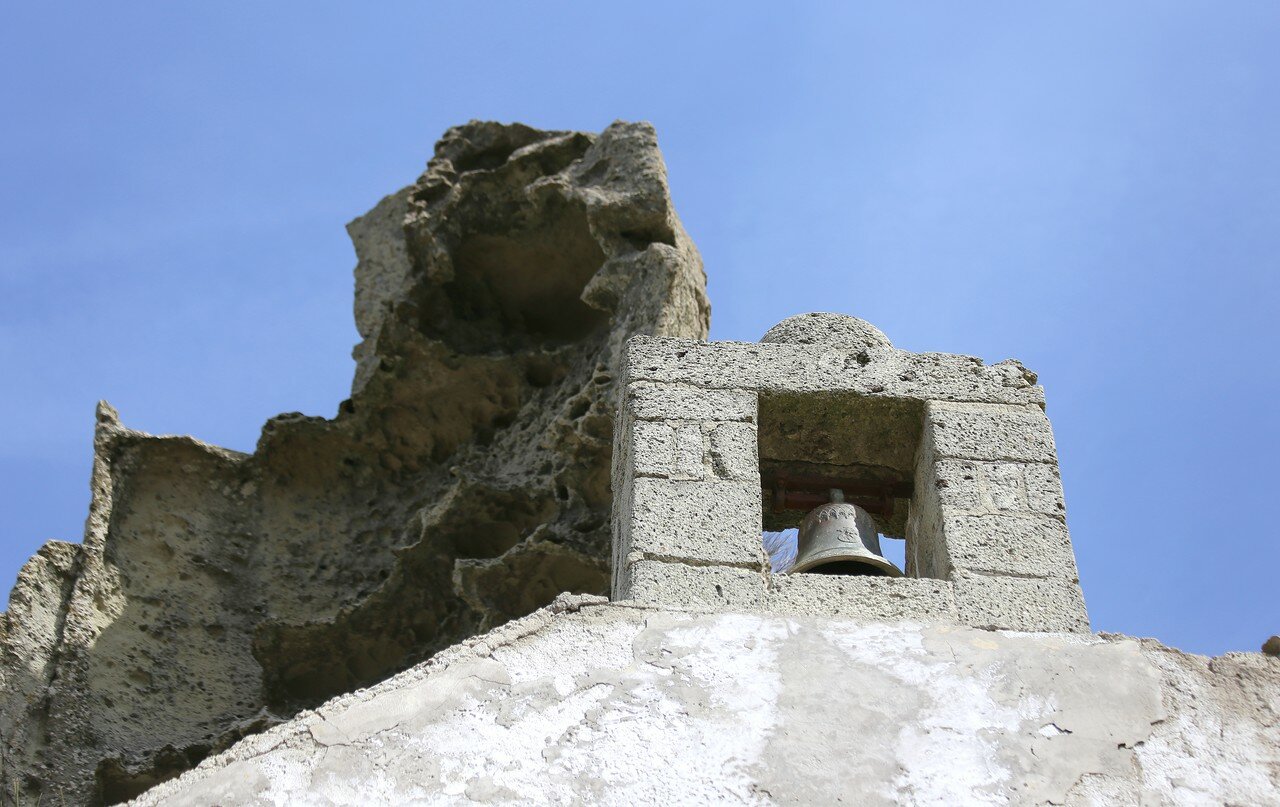