From the West, the Gulf of Pozzuoli separates The Phlegrean Peninsula from the open sea with its far-reaching high headland. Capo Miseno, a rock of yellow tuff pear-shaped height of 154 meters, appeared as a result of volcanic activity in the period between 35 and 10 thousand years BC.

The name of the Cape has its roots in ancient mythology, the evidence of this can be found in Virgil's Aeneid. Miseno was the bugler of Aeneas, he has caused Triton to sound his trumpet, then the gods threw him into the sea. Misen's body was thrown ashore, where Aeneas buried him, creating a huge stone mound in memory of the heroic comrade. 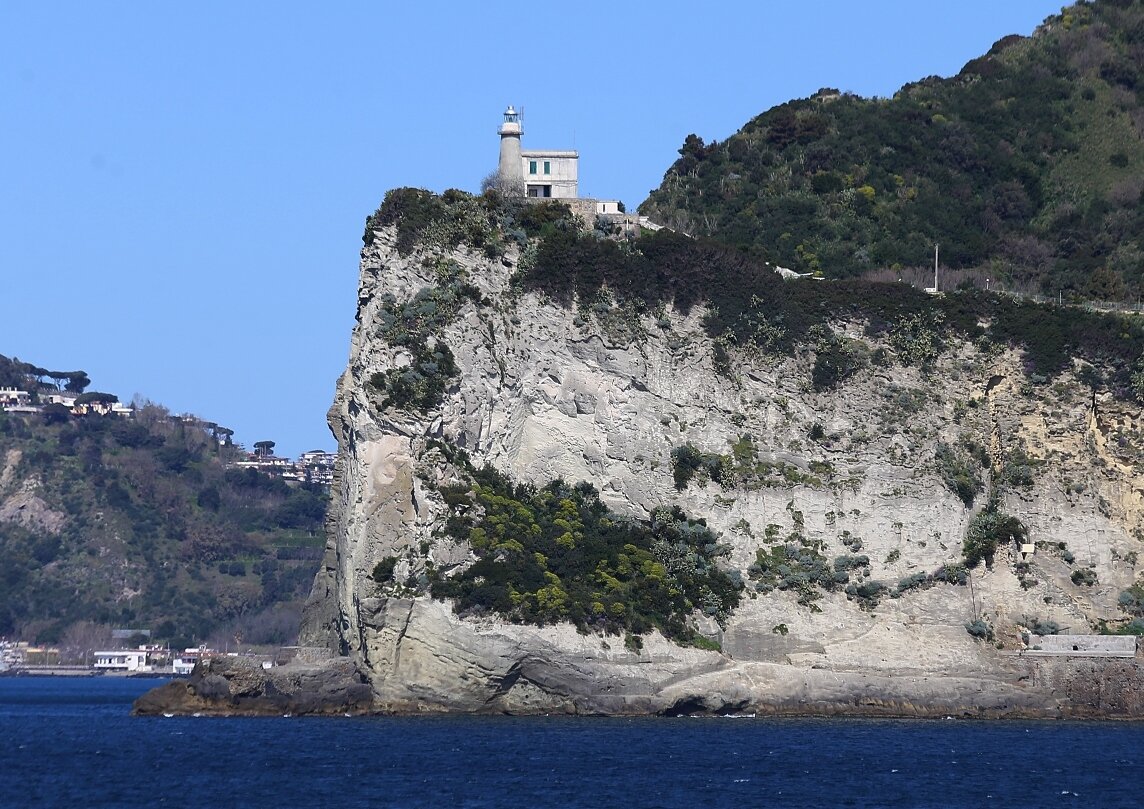 The Caldera of the volcano forms the Eastern slope of the rock convenient Bay on the coast which the Romans founded the city of Misenum. In the first century BC, the Bay became the base for the Imperial Navy (Classis Misenensis), created by order of August. 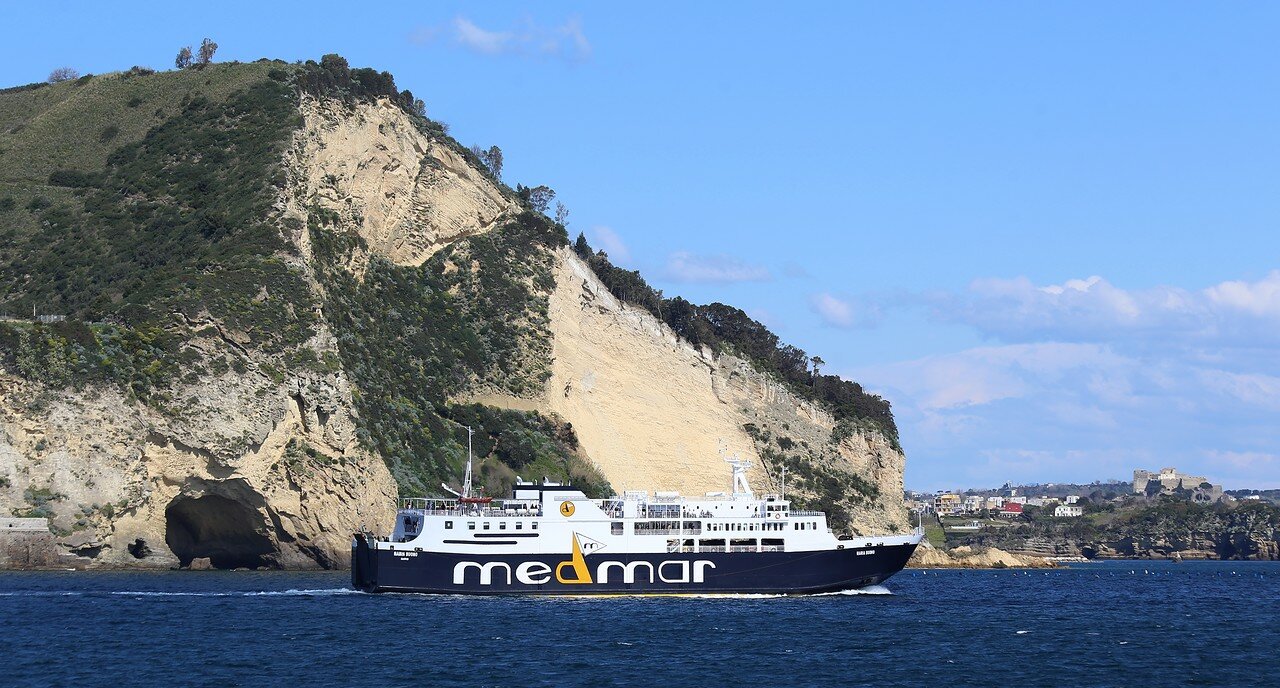 With the closing of navigation in the autumn and winter, the boat docked in Miseno came the fleets of the Aegean and Adriatic seas. The city reached its greatest prosperity during the time of Marcus Aurelius. While in the Bay of Miseno stood to 250 ships, which controlled the Western part of the Mediterranean sea. 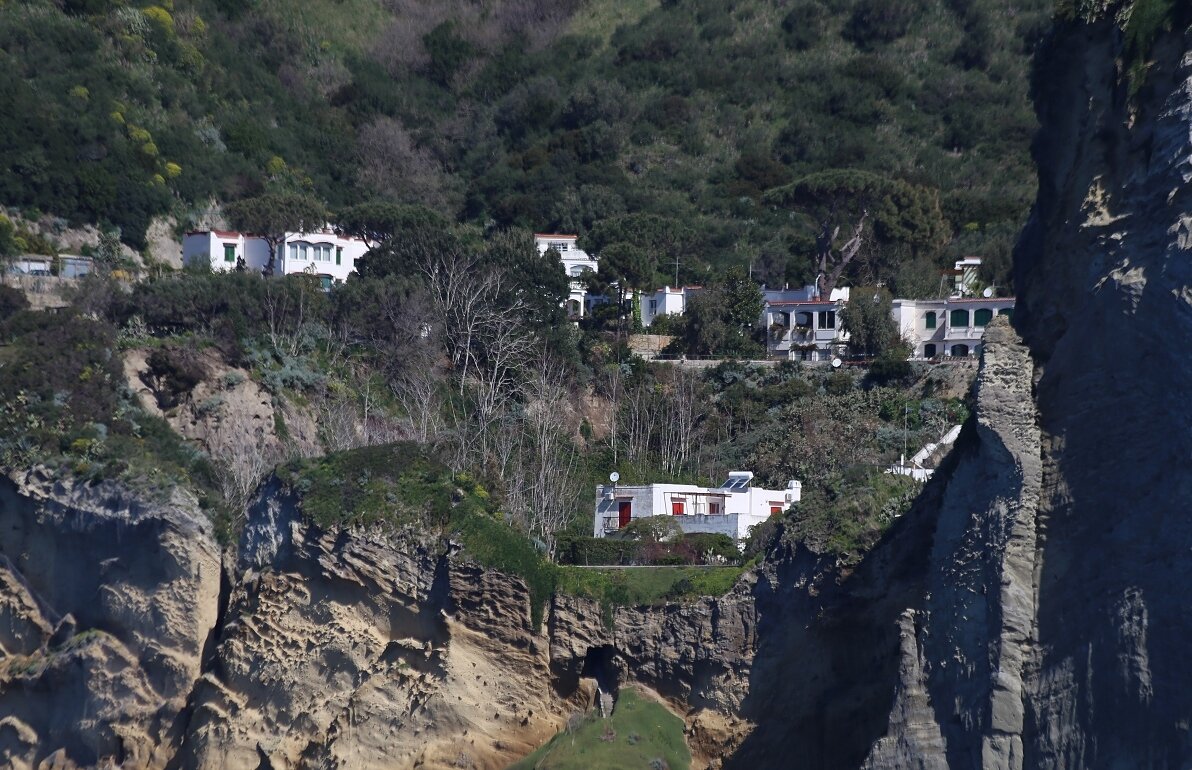 The Nymphaeum grotto on the Eastern cliff of the Cape for its correct shape can be taken as an artificial structure. In fact, this natural cavity is washed out by waves in the heterogeneity of tuff rocks. These caves are full on only the rocks Miseno, but also on the Islands of Procida, Ischia, Capri, having the same origin. 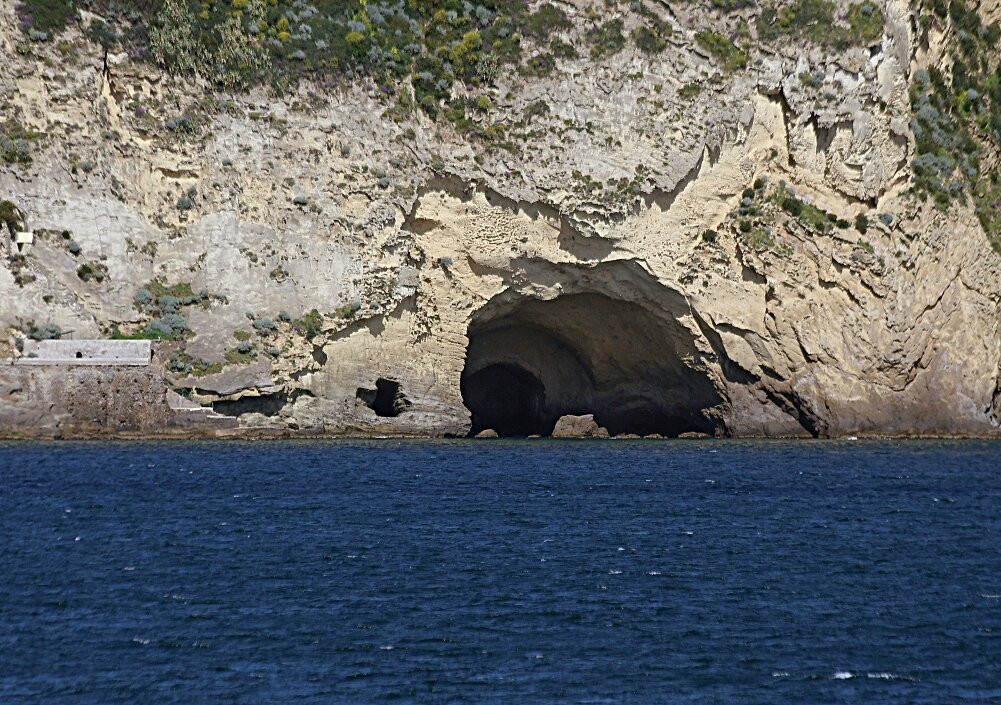 On the decline of the Roman Empire, the city became to decline and be subjected to the raids of the Saracens. The history of the city ended in 840, when the population was forced to flee from pirates to the island of Procida. As a memory of those dashing times on the Western cliff cliff preserved fortification (Torre Saracena), sometimes referred to as the "Low tower" (Torre Bassa). 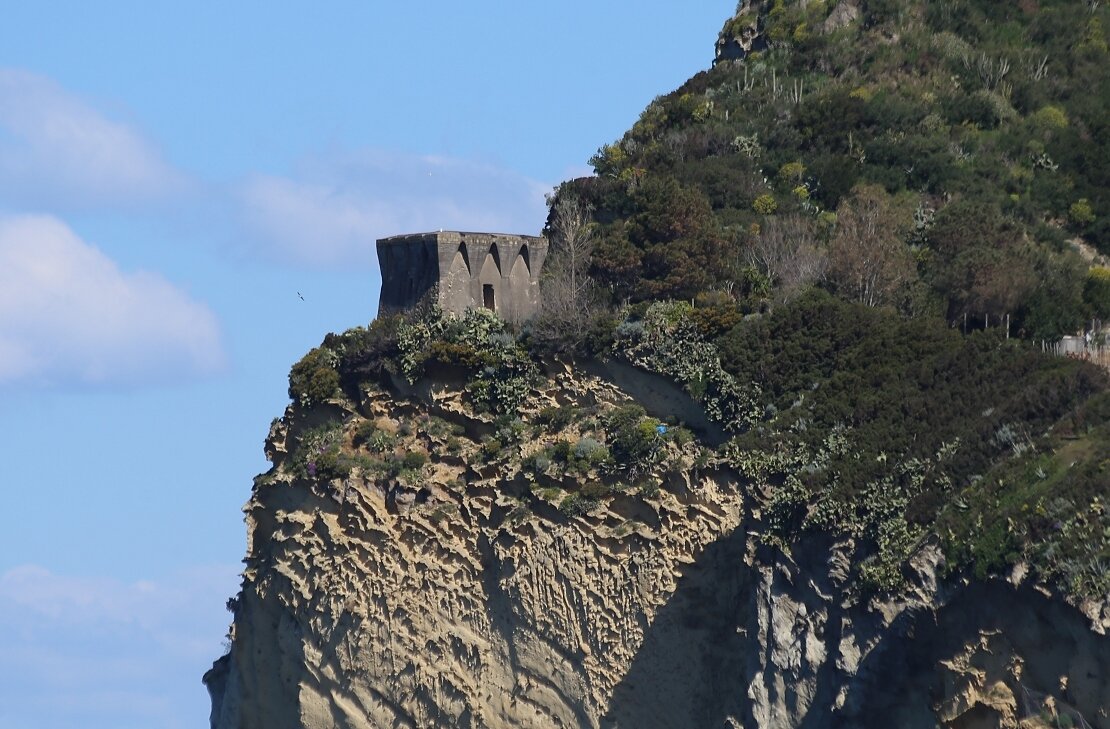 The lighthouse of Miseno is essential for navigation in dangerous Strait between the Cape and the island of Procida. 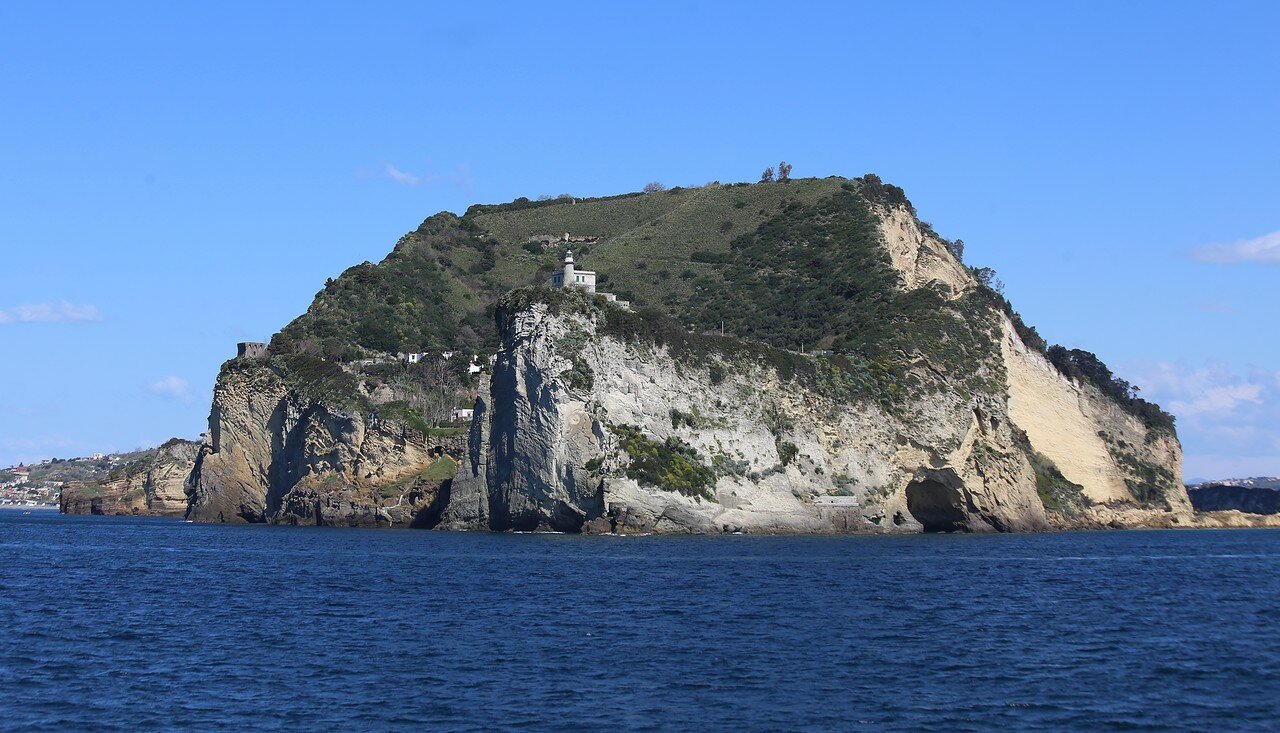 The place where the lighthouse is located is completely inaccessible, and a long tunnel was cut through for its construction and maintenance in the tufa. 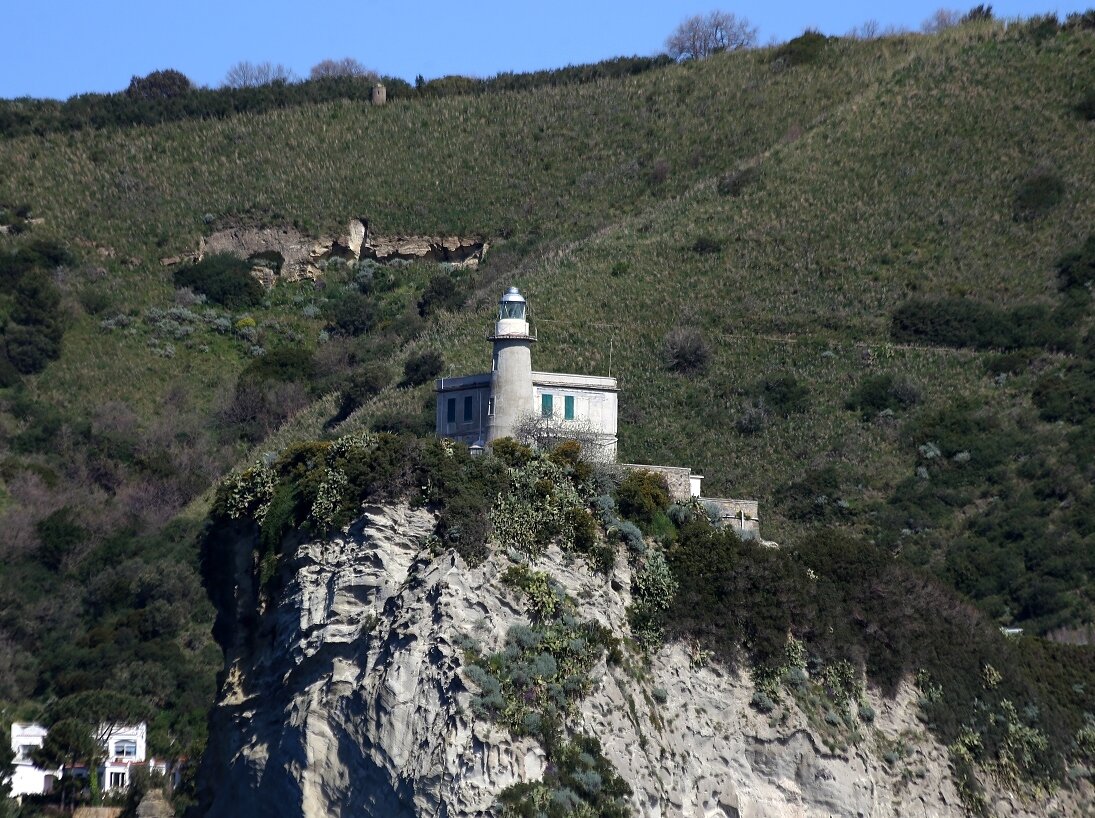 During the Second World War, the Cape was turned into a powerful hearth of defense, were built numerous artillery caponiers and bunkers connected by underground galleries. Now all these facilities are abandoned and are not recommended to visit, as there is a real opportunity to fall into the dungeon in the most unexpected place.

Before the Cape of water stands a small rock on which you can see two round concrete fortifications. 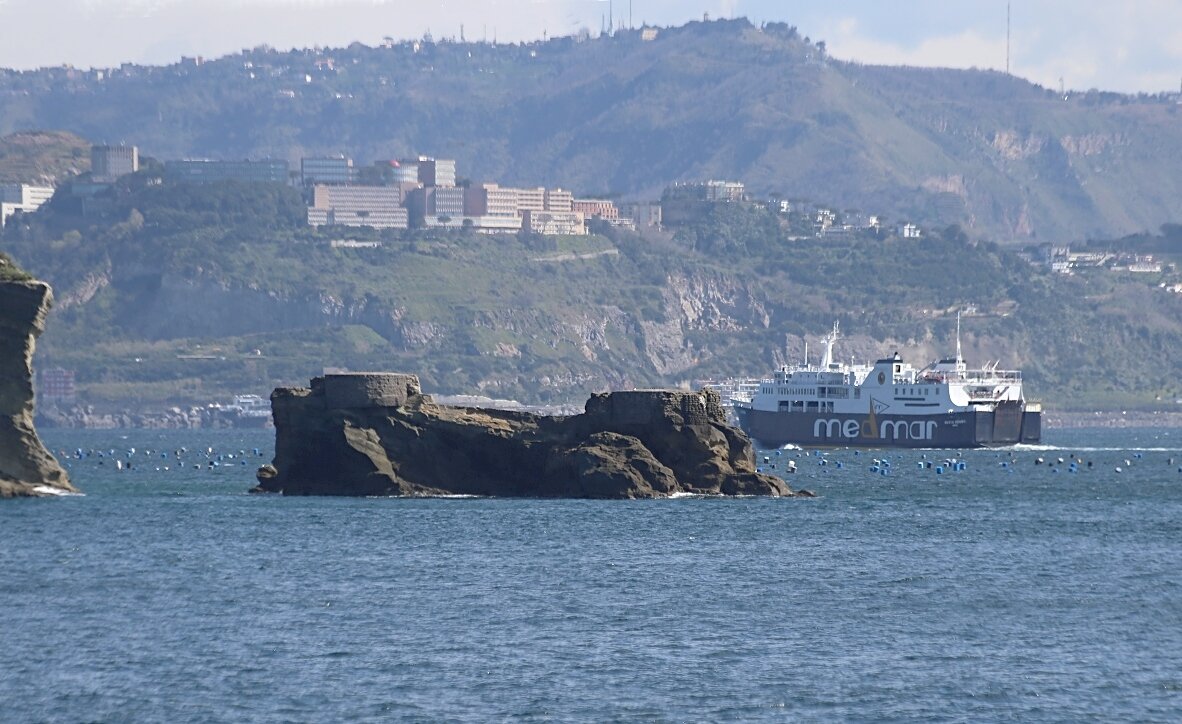 The resort town of Bacoli occupies most of the Phlegrean Peninsula. The settlement was founded by the Romans and was named Bauli. On the territory of the city there are several ancient buildings, the most famous of which is the tomb of Agrippina. In the first centuries ad, as a result of bradyseism (tectonic lowering), the territory of the Peninsula began to fall and was abandoned by the population. 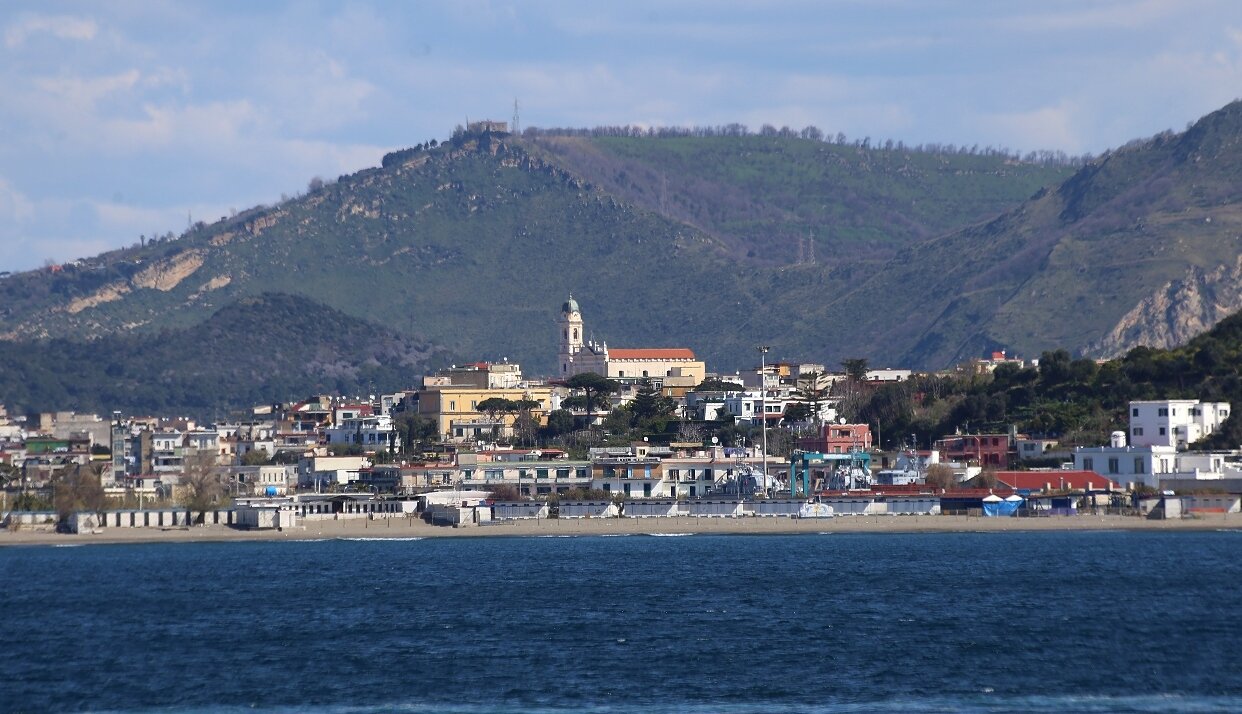 In the middle ages there was a reverse process and the city was revived in the 17th century, two centuries later becoming a famous resort in Europe. In the early 19th century, the king of both Sicilies Ferdinand I chose the shores of lake Fusaro for hunting. On a small island court architect Savinelli was built the hunting Lodge (Casina Vanvitelliana), connected with the shore by a wooden bridge. Of the religious attractions can be called a beautiful Baroque Church of St. Anne, founded in the 16th century. 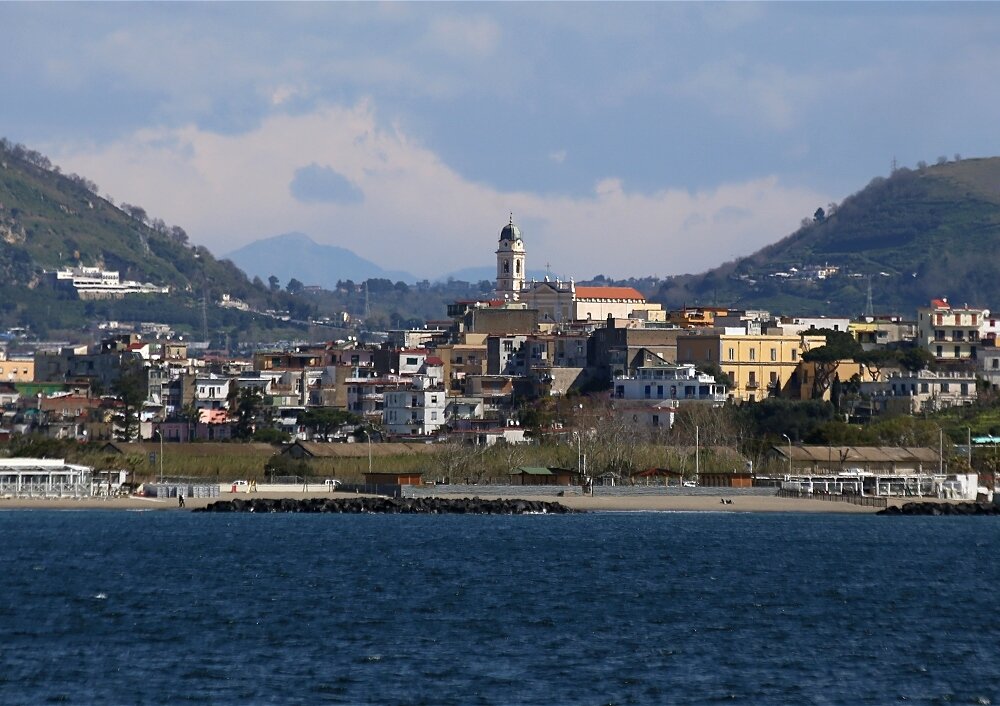 We in Russia are now saying that the age of hydrofoils is gone, Russia was a leader in the construction of these boats, but there they are almost gone. However, in the Gulf of Naples, they are not in a hurry to cut them on scrap metal. These elegant high-speed ships (Aliscafo) fly between Pozzuoli and the Islands of Procida and Ischia. 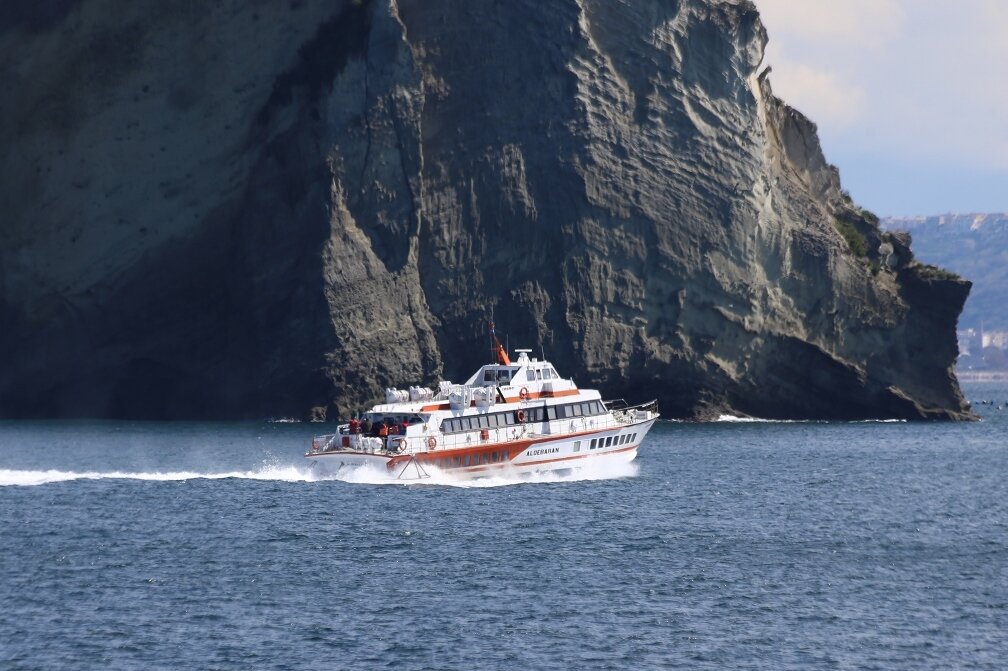 But I liked to do one of these routes on the ferry - from its high deck you can see much more interesting. 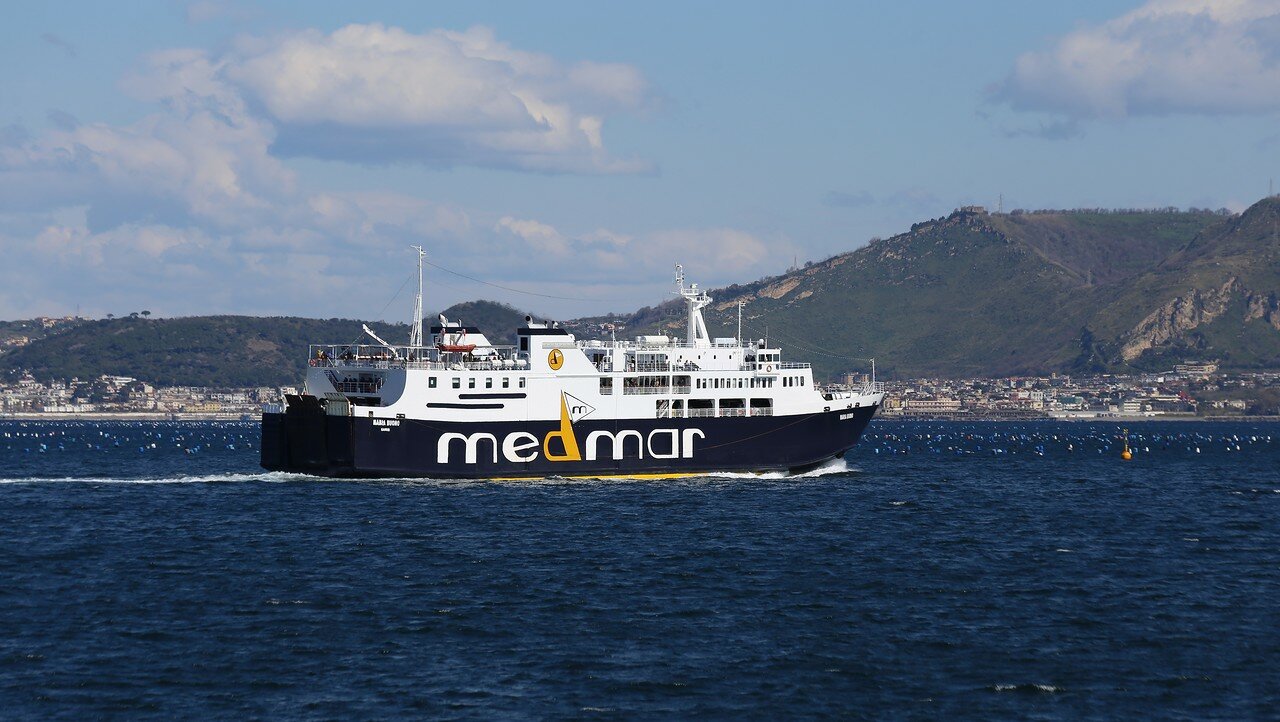